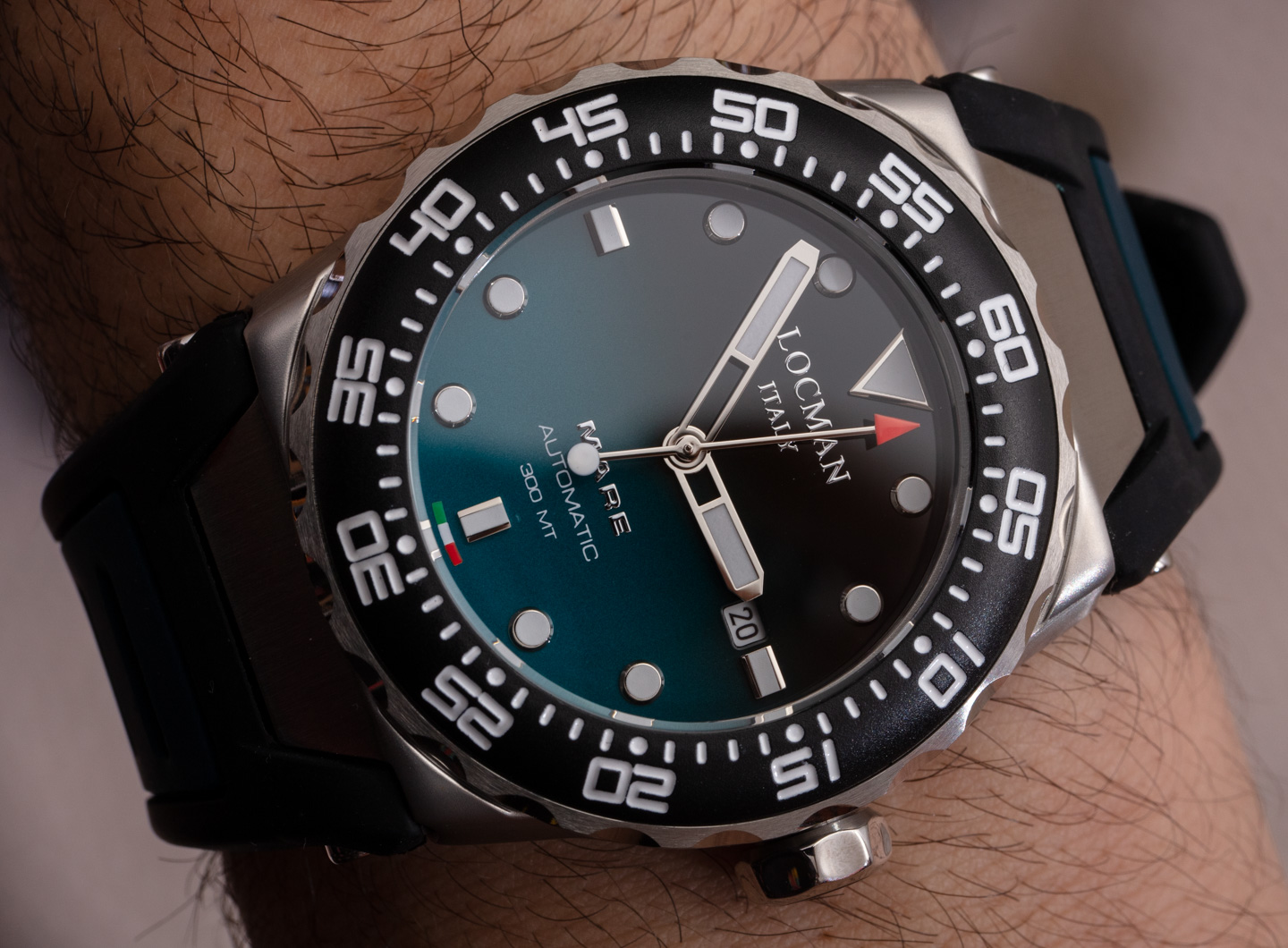 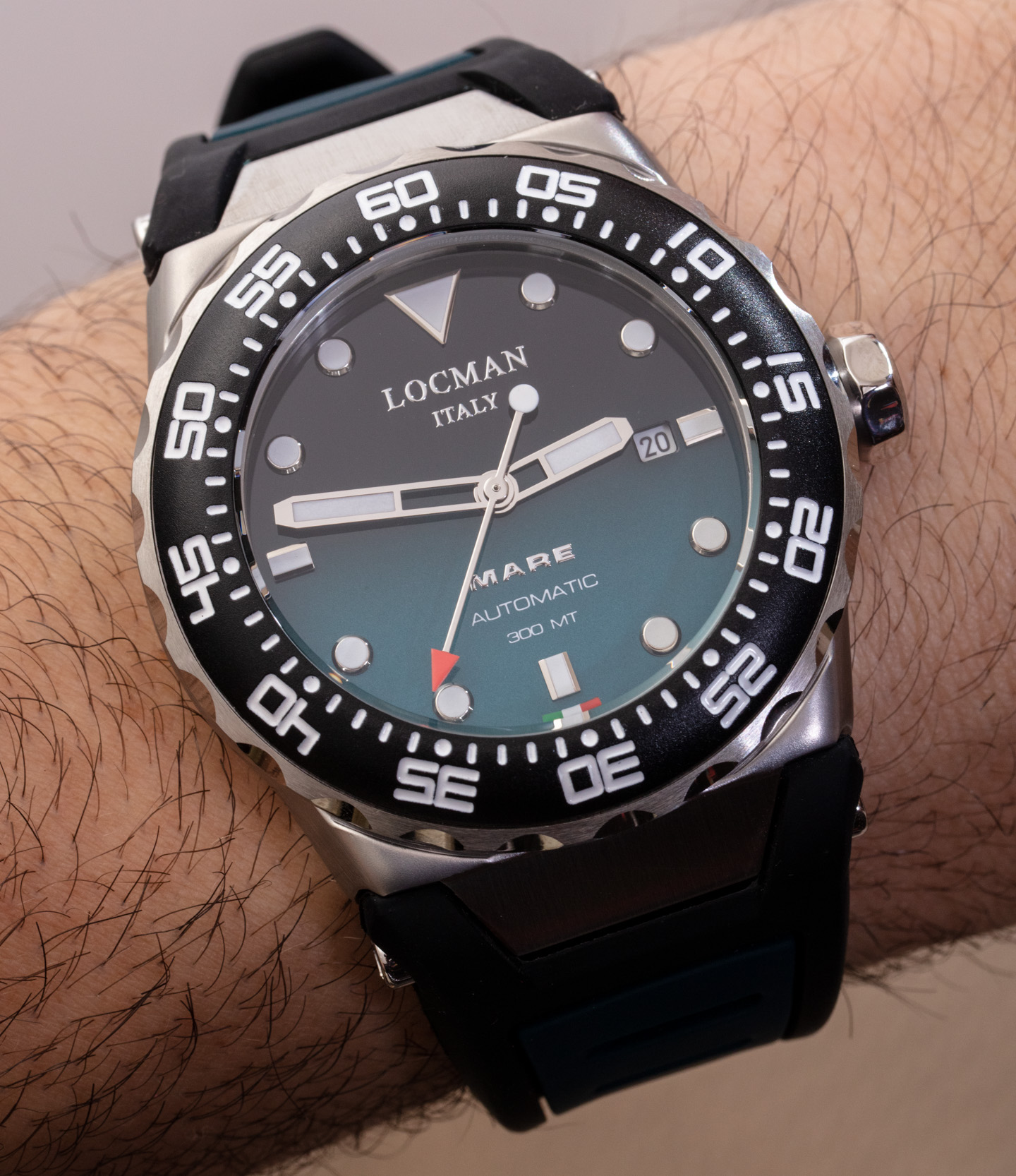 For those of you who have been interested in watches for more than 20 years (or are living in places like Italy, where the brand has been more present recently), Locman is a name you might recall. I know I do. In the 1990s and early 2000s, Locman Italy was a decently well-distributed entry-level luxury watchmaker that enjoyed popularity in the United States. As the retail market in American changed, the sales and distribution strategy of companies like Locman no longer always made sense. My understanding is that after a period of time focusing mostly on the local Italian market, Locman is ready for the American scene again. Today, I am going to review the Locman Mare 300 MT diver’s style watch, which is an interesting modern product from the timepiece company.

The Mare 300 MT is one of a few diver’s-style watches Locman produces, and it mixes traditional design with some interesting contemporary lines. Also a mixture is its market appeal, which is one foot in the timepiece enthusiast’s camp, and another in the world of mainstream affordability. The retail price is decently aggressive and, in a lot of ways, the watch is built as a collector’s product. That said, various features or design cues might be those not normally found in high-end collector’s products. 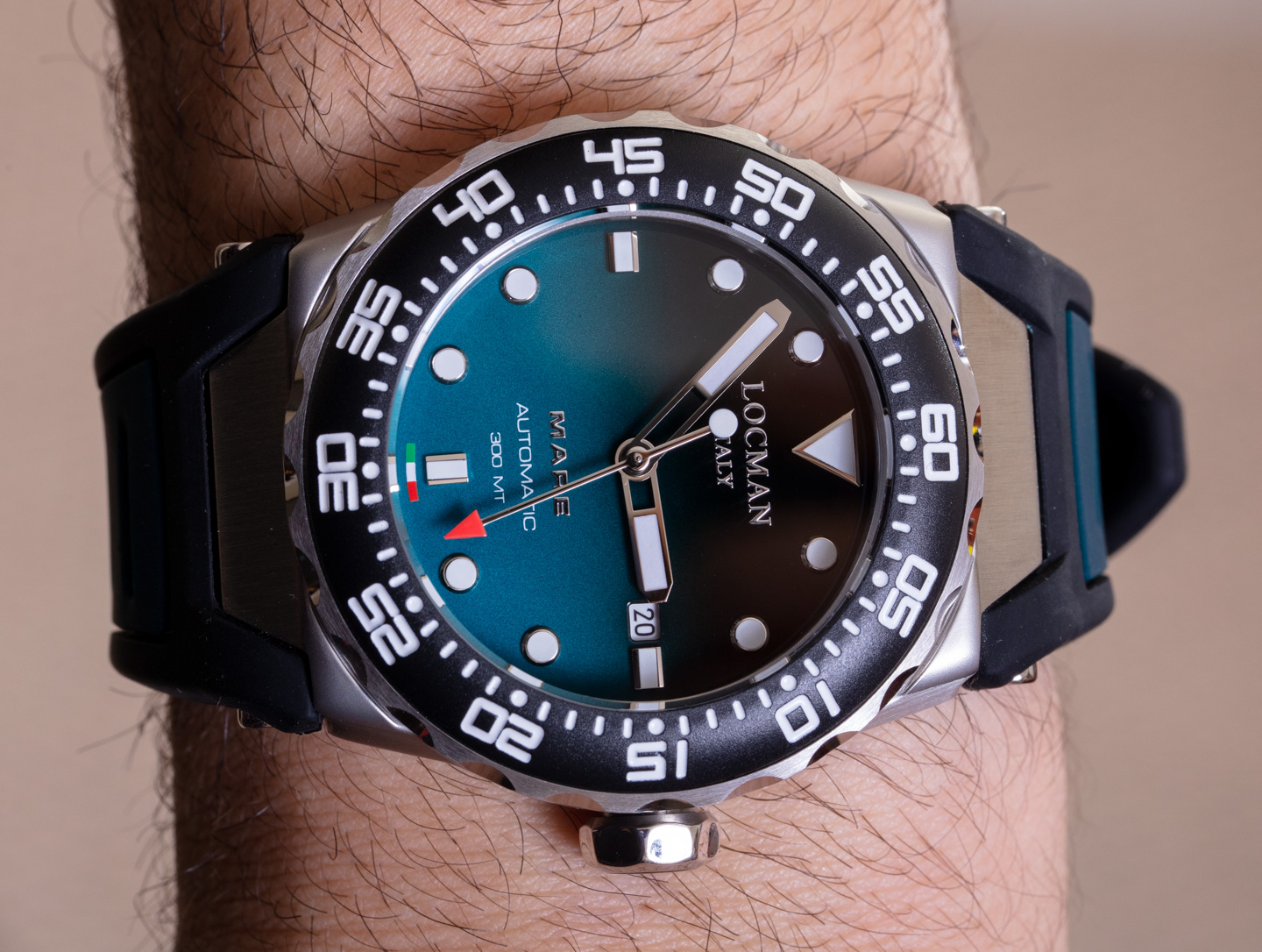 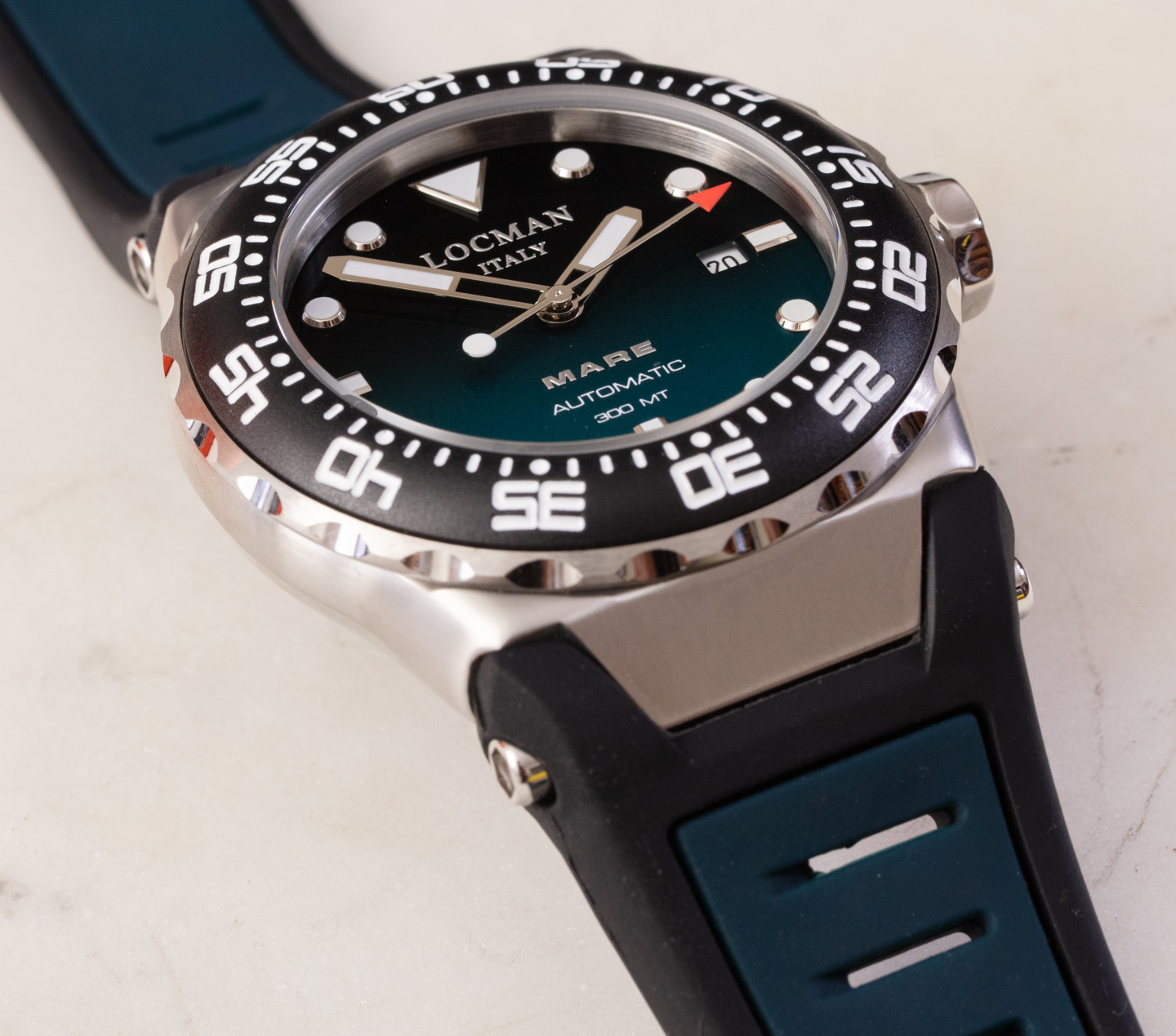 What I will say about the Mare 300 MT is that is faithfully marries the concept of modern diving equipment and traditional diver’s watches. The case and bracelet or strap, for example, are very much inspired by the look of modern BCDs (SCUBA vests) and the gear that is on them. I really like how Locman wasn’t really trying to reinvent the diver’s watch case, but did manage to come up with something visually distinctive and also actually cool. I also want to say that the case is very comfortable and wearable, especially on the two-tone silicone strap that I am currently wearing.

The steel case is water resistant to 300 meters and is produced with a titanium caseback. I’m not entirely sure why titanium was used for just the caseback, but it does help save a little bit of weight. The case is 44mm wide, around 16mm thick, and has a roughly 53mm lug-to-lug distance. An odd material choice is sapphire-coated mineral glass for the crystal. This is essentially mineral glass that is given a hard coating that makes it a lot more scratch-resistant. This made sense when entirely sapphire crystals were more expensive, but I believe their cost has come down today. I honestly don’t have too much experience wearing sapphire crystal-coated mineral crystals in the real world for any length of time, so I don’t know how they age in practice. It is very well possible that the experience is nearly akin to that of an entirely sapphire crystal. 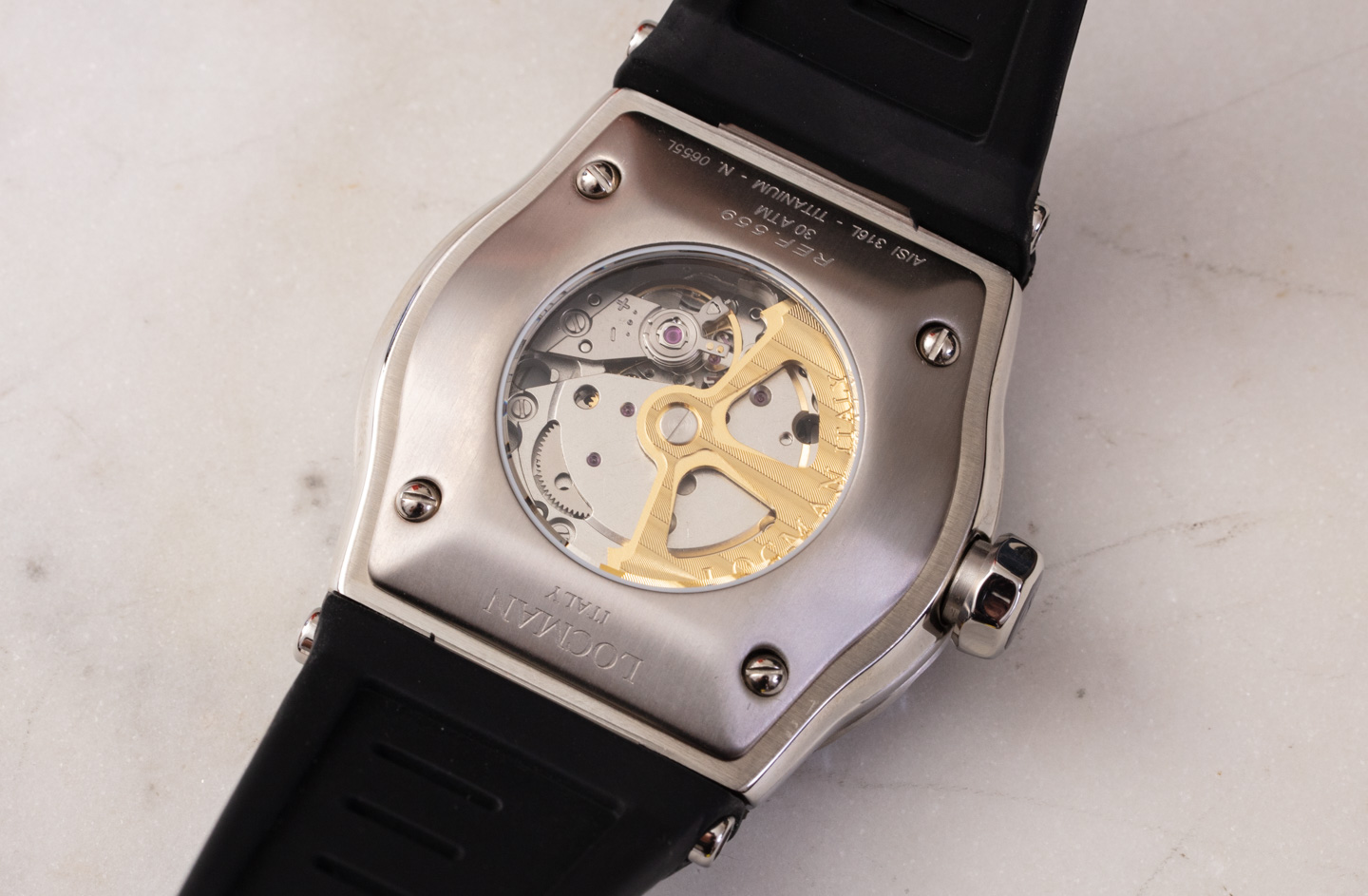 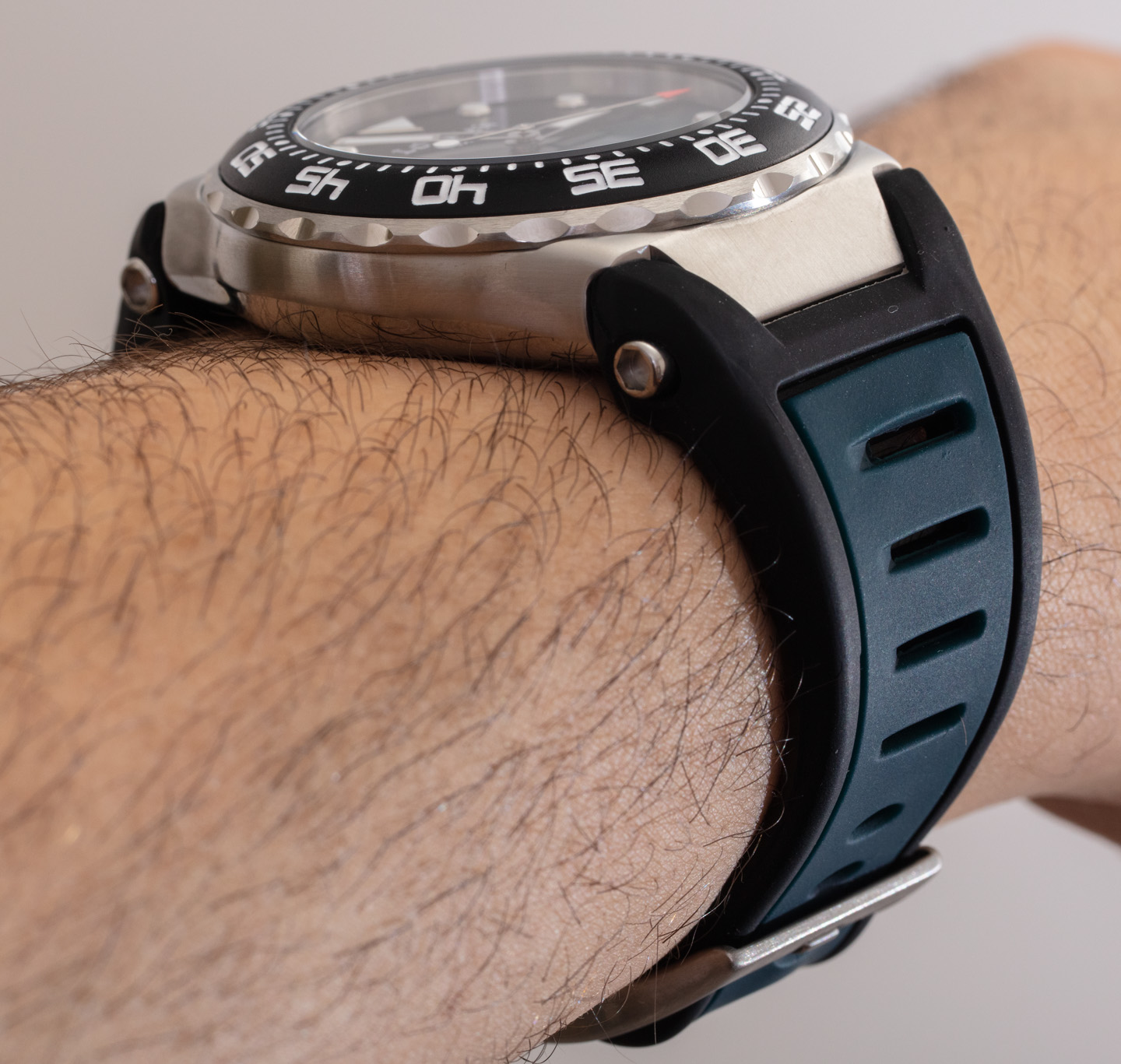 As I said above, I’m a fan of the Mare 300MT case shape and the polishing/finishing isn’t half-bad, either (for the price). Around the dial is a unidirectionally rotating diver’s timing bezel that has an assuredly solid action to it, and it has a slightly curved anodized aluminum insert. The watch dial on this “green” version of the Mare 300MT begins with a black to aquamarine gradient face and a dial that is mainly inspired by the Rolex Submariner. The hands have their own personality, and right below the 6 o’clock hour marker is a small rendition of the Italian flag. The dial isn’t a masterpiece but it does its job well. At best, it is highly legible with a nice-for-the-money gradient dial. All I’d really change about the dial is the polish used for the hands and hour markers. The polish is a bit high, and I’d experiment with the metal parts of these elements to be less reflective. The hands are also just a bit too short (but that’s not a huge deal).

Inside the Mare 300MT watch is an automatic movement that has a nice customized gold-toned automatic rotor that is visible through an exhibition window on the rear of this watch. Who makes the movement, exactly? This isn’t a “Swiss Made” product and, according to Locman, the only thing they say about the movement is that it is “Automatic.” The mechanical movement is pretty basic and appears to probably be Chinese in origin or at least produced in Europe using mostly Chinese parts. My guess is that it is a 3Hz movement with about two days of power reserve. No matter what the movement is, Locman isn’t doing itself any favors by being so intentionally vague about the mechanism and where it came from and its performance specs. This would be like describing an engine as “internal combustion” and not discussing it in any more detail beyond that. 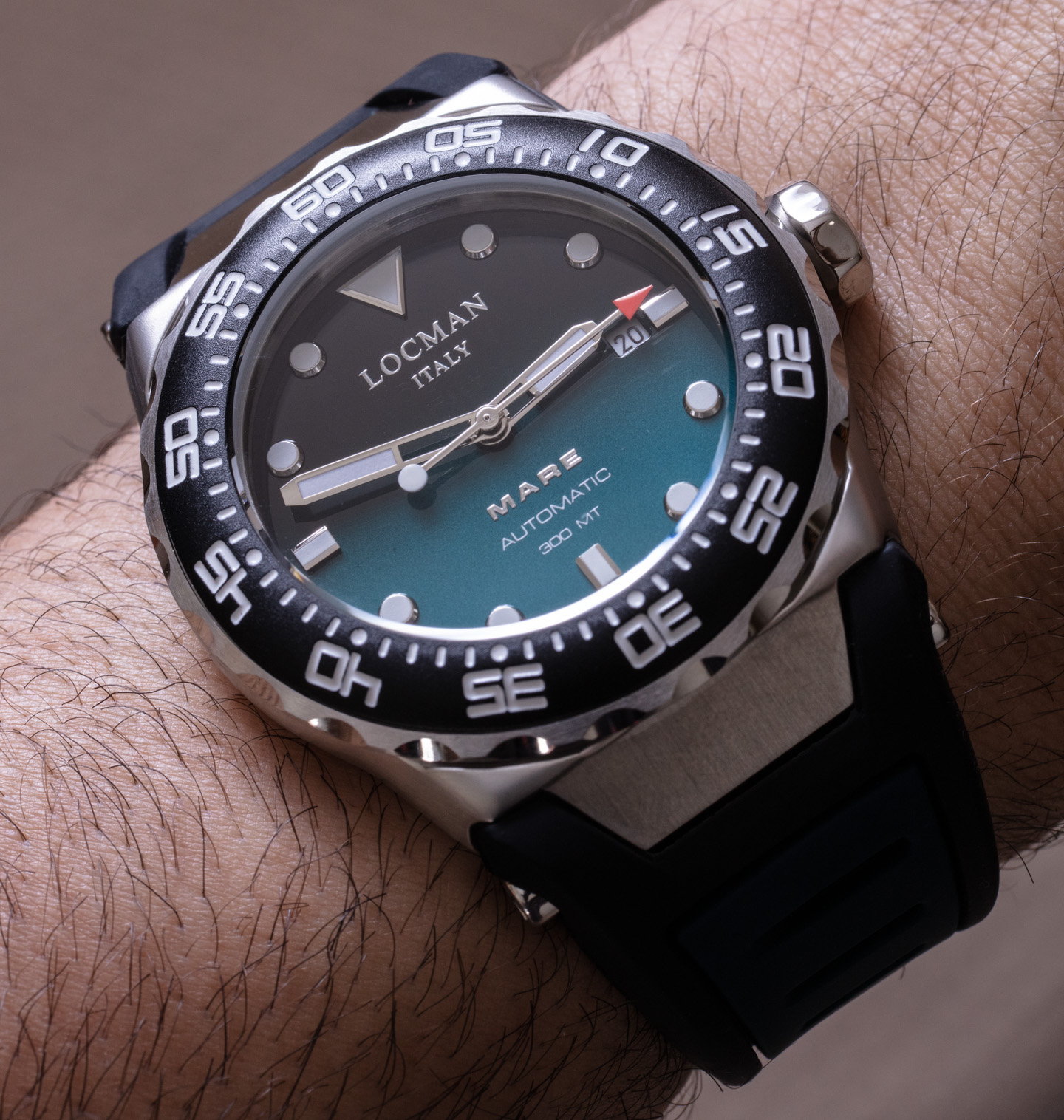 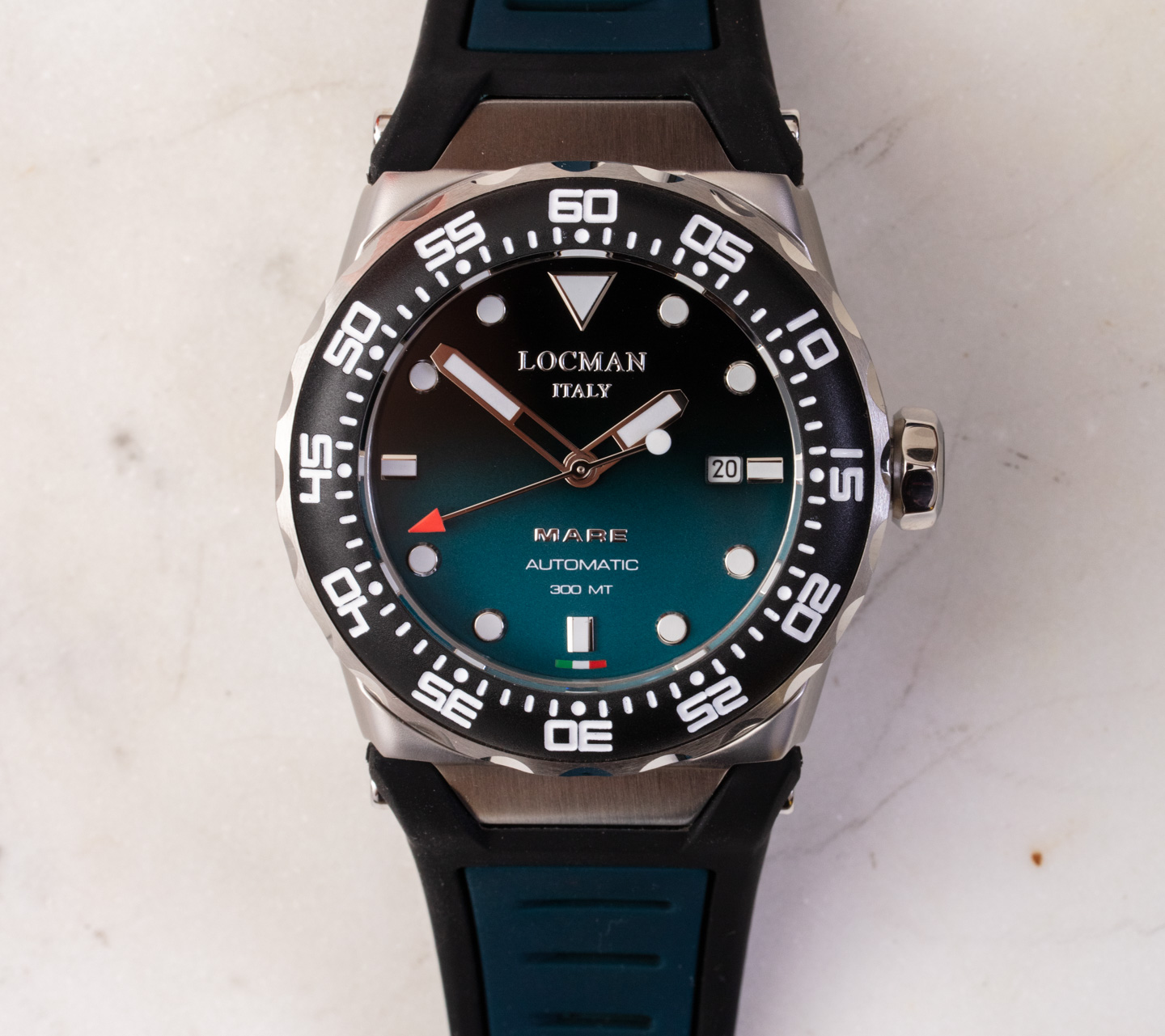 Attached to the Mare 300 MT case is either a steel metal bracelet option or this silicone strap, which is my choice since the watch proves to be very comfortable on it. Even with all its faults and quirks, the Locman MARE 300 MT is still a watch I like to wear. Why? Mainly because it has personality. Italian design excels at making things, which, even if they aren’t the most elegant in all respects, have a human-touch to them that gives them a friendliness and appeal that even a perfect, albeit cold, design cannot transmit. In action, the Mare 300 MT is a decent sport watch, with real credibility in the water and a utility value that offers what you need in most sporting scenarios where a mechanical wrist watch would be appropriate. On top of that Locman tries to do a bunch of other things with the design and value proposition that add the personality. Even if what they try to do doesn’t always perfectly make sense or work, they still offer valuable character.

I’d recommend that Locman better flesh out the discussions of its watches on its website and be a bit more mindful of the small details that consumers care about and are happy to pay a small premium to have in better order. Locman clearly knows what it is doing and has a lot of latent competency in-house. To better compete in the United States and larger timepiece enthusiast market, all the brand needs to do is refine its offerings a bit and keep all that wonderful character that makes quintessentially Italian product makers funner than the rest. Price for the reference 0559A26A-00KLNKB0 Locman Mare 300 MT watch is $725 USD. Learn more at the Locman watches website here.