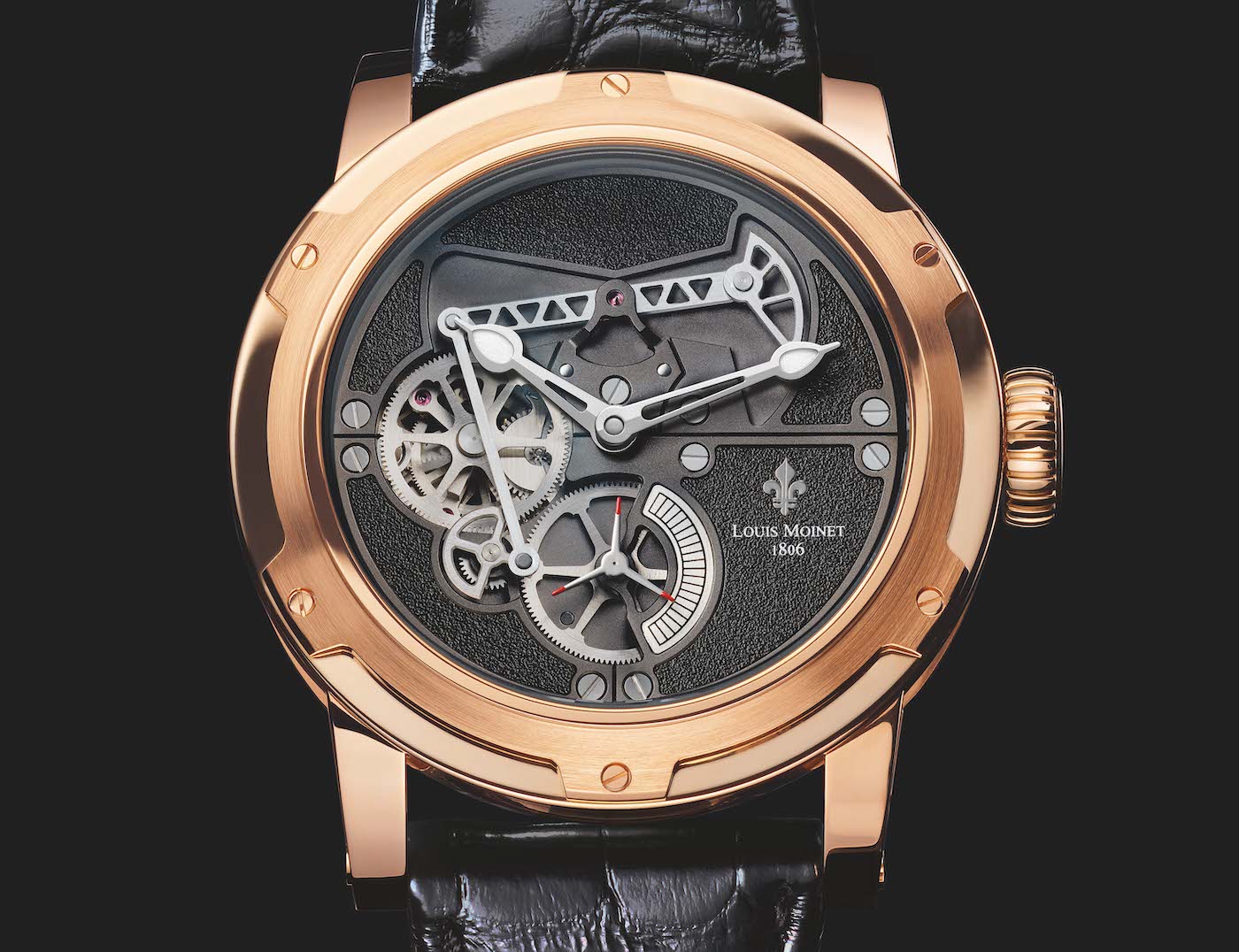 Back in 2013, Louis Moinet released the Derrick Tourbillon watch. It was around that period in the industry when brands were getting creative with the dial of a watch, and looking for ways to increase engagement by incorporating animated elements. The derrick concept works much in the same way as the Miki Eleta Timeburner did, but rather than integrating the animation to the time-telling mechanism uses it wholly for aesthetic effect instead. As a visually distinct and entertaining dial, the derrick automaton found enough favor in the industry for the brand to consider reviving the concept six years later. The result is a pared-back, more accessible version of the original, shelving the tourbillon complication in favor of a simple automatic that is more in line with the modern market’s demands.

Aesthetically, the dial layout is not hugely different (although its orientation has been flipped), but the main skeletonization of the display has been shifted from the center (originally beneath the pivot-point of the derrick itself) to the lefthand side of the dial around the 9 o’clock position. This window into the inner workings adds a little more visual complexity to the dial without disrupting proceedings too much and is an understandable alteration for the brand as it tries to elevate this piece to the level of the original without jacking up the price tag. 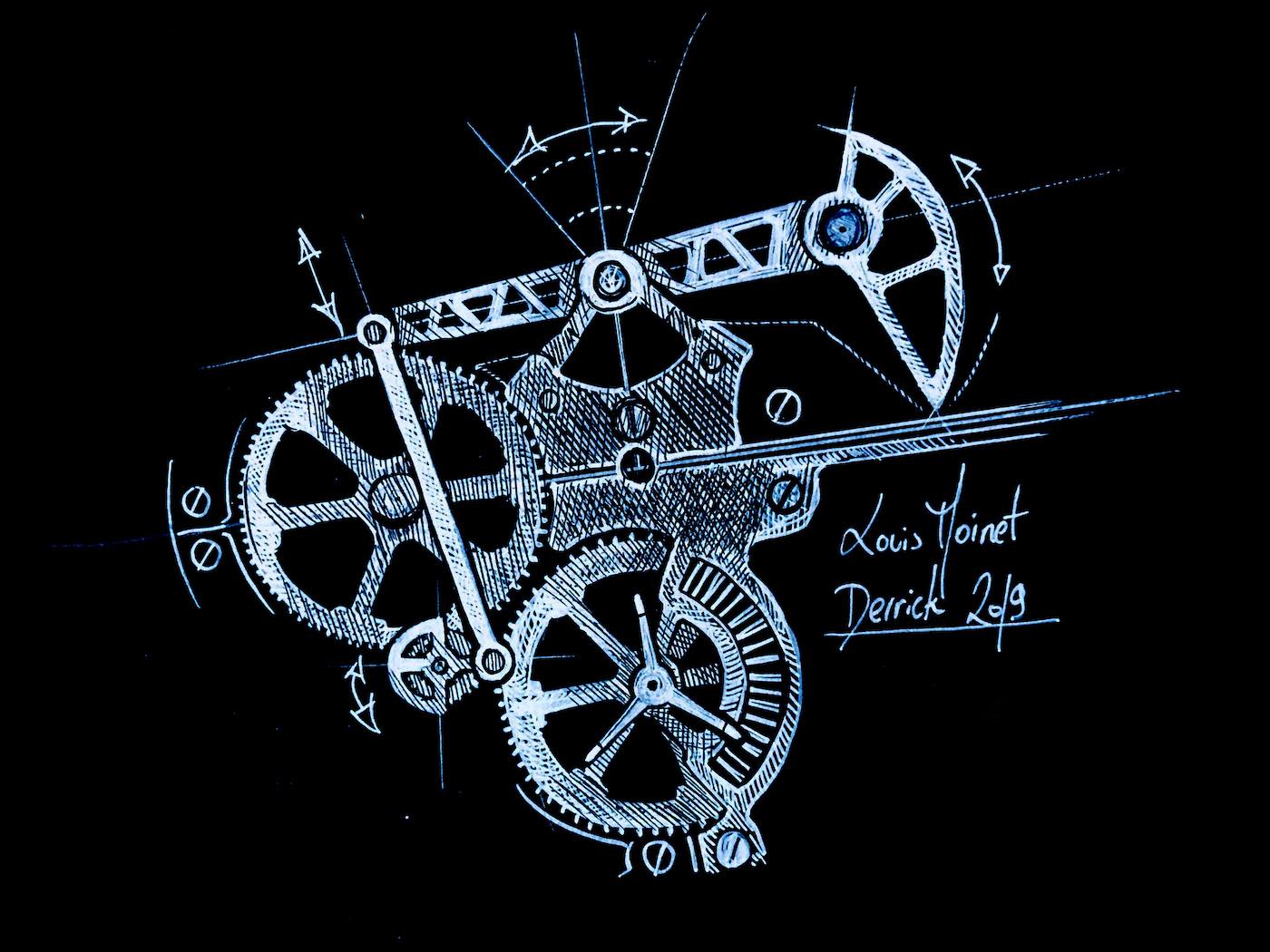 In my opinion, the absence of a tourbillon is a good thing. In certain watches, that most esoteric of complications makes perfect sense. In a basic automaton like this, it seemed like unnecessary window dressing. The focus here is on the playfulness of the dial display, inspired by the austere oil pumps that have come to typify an old-world industrial skyline. 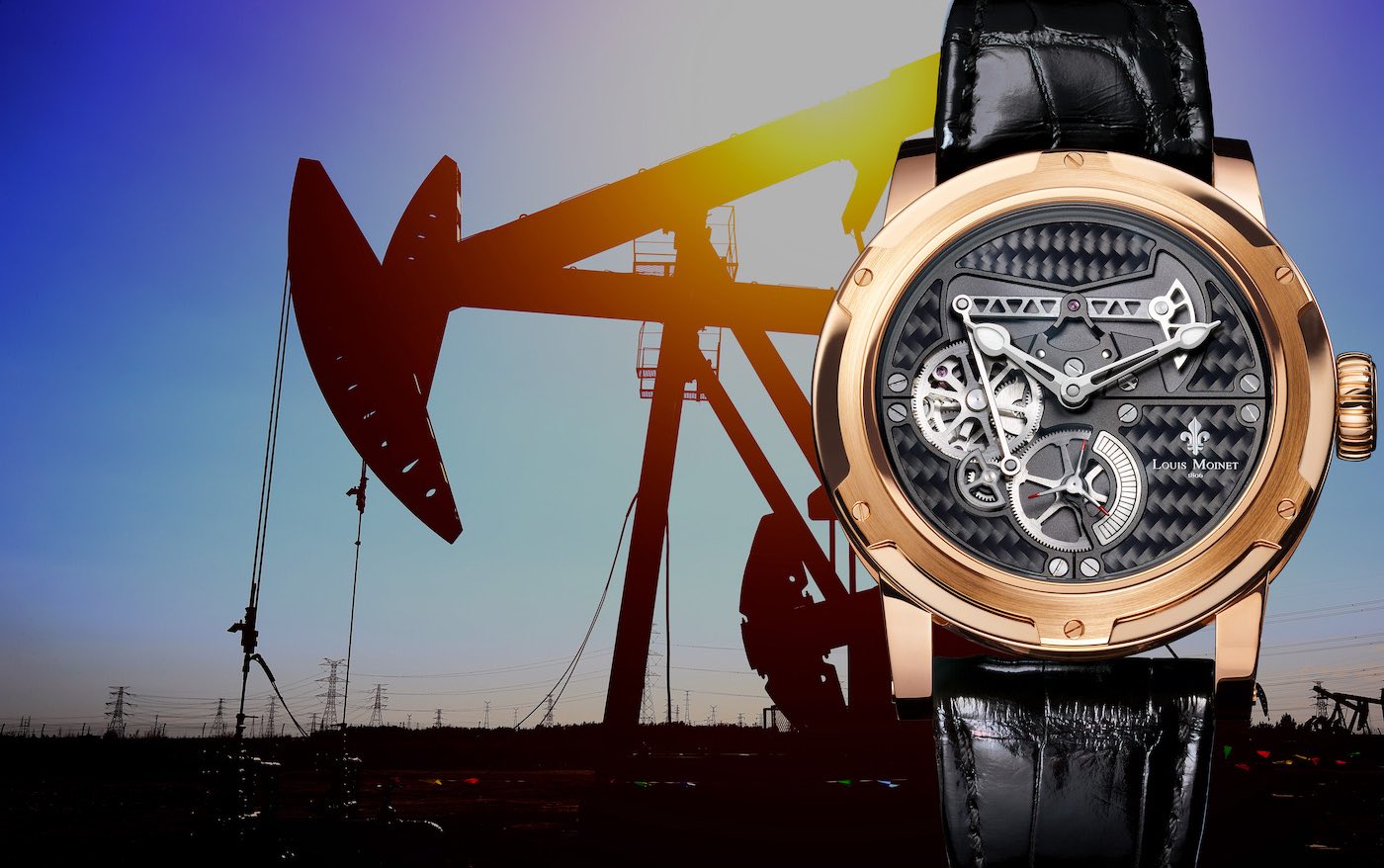 The derrick contraption itself could be said to be a metaphor for hard work and endeavor resulting in success (if you were trying very hard to find some connection between an enormous piece of relatively brutal machinery and a finely-wrought luxury item). Realized here in these relatively stark surroundings, center stage is given to the miniaturized tool as it rhythmically nods its head to the beat of the watch. 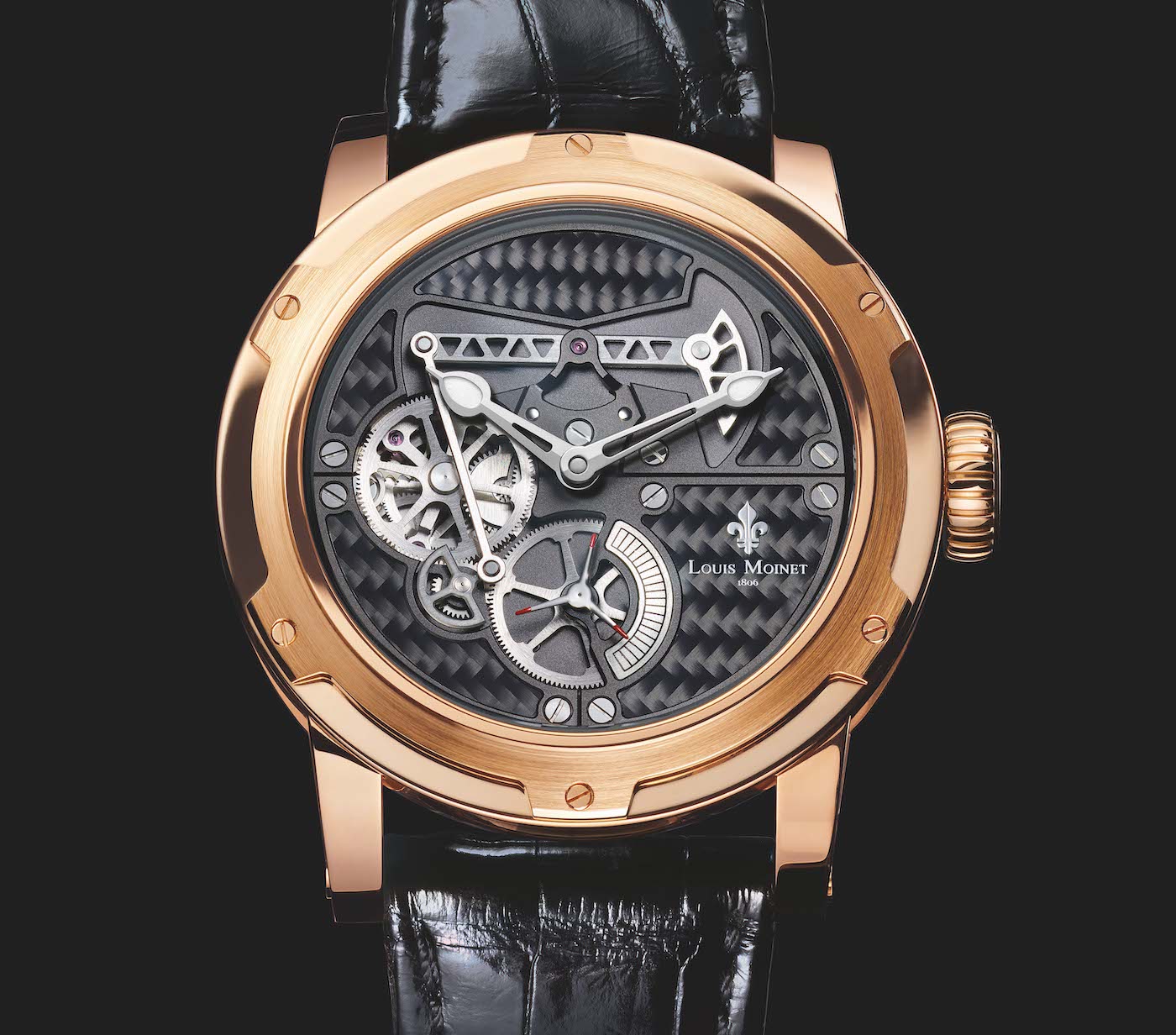 To make this possible, Louis Moinet has created the Derrick out of lightweight aluminum, so its operation does not place too heavy a load on the movement. The brushed aluminum works well with both backgrounds available in this release. The first is a rather austere, traditional hand-punched surface (shown at the top of the article), and the second somewhat more high-tech, with the integration of carbon fiber mesh. 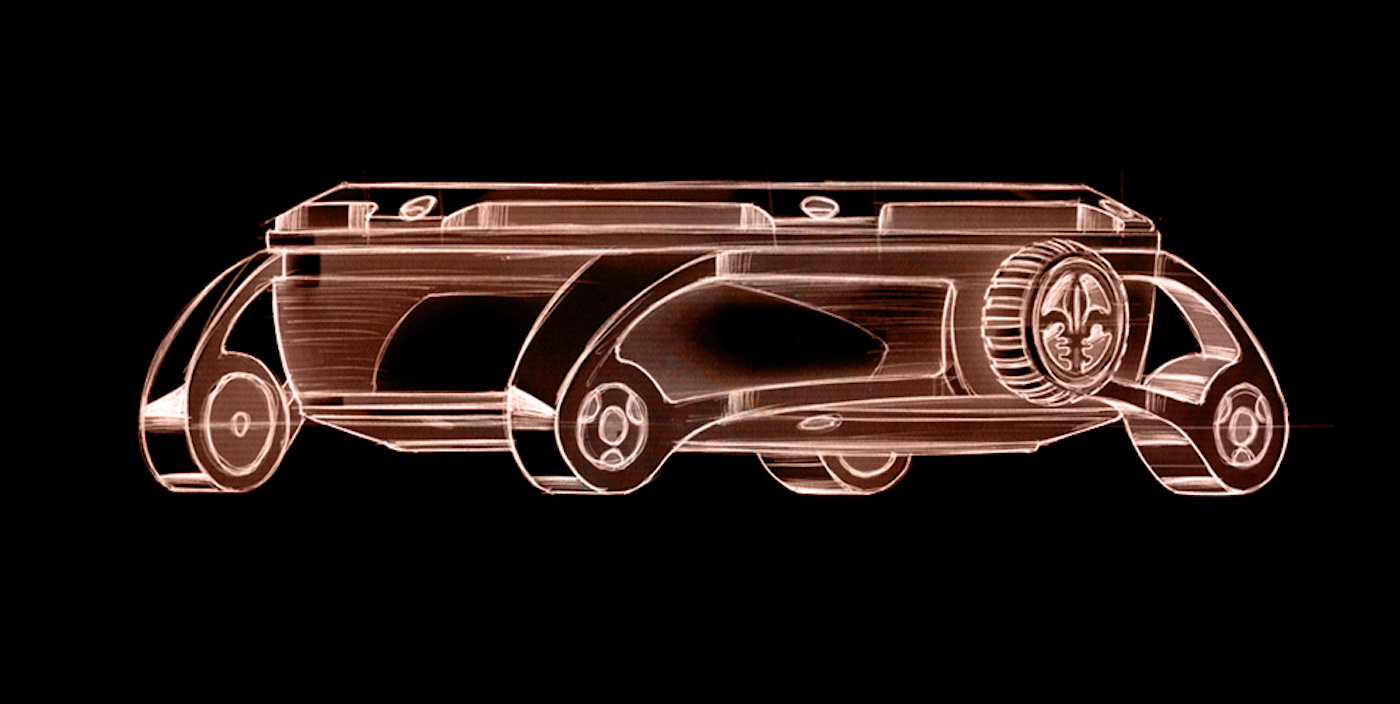 Both models of the new Derrick by Louis Moinet are presented in the brand’s classic NEO case in 5N rose gold. Satinated and polished elements interact, resulting in a handsome, over-engineered exterior. The case of this watch measures a sizable 45.4mm and is water-resistant to 50 meters. The leather strap connects at 24mm-wide lugs and is fastened by a folding clasp. The Derrick by Louis Moinet is powered by the self-winding LM64, which comprises 248 parts and operates at 28,800vph with a power reserve of 48 hours. Both references — LM-64.50.51 (carbon) and LM-64.50.50 (hand-punched) — will be limited to just 12 pieces each and will retail for CHF 55,000. Learn more at louis-moinet.com.