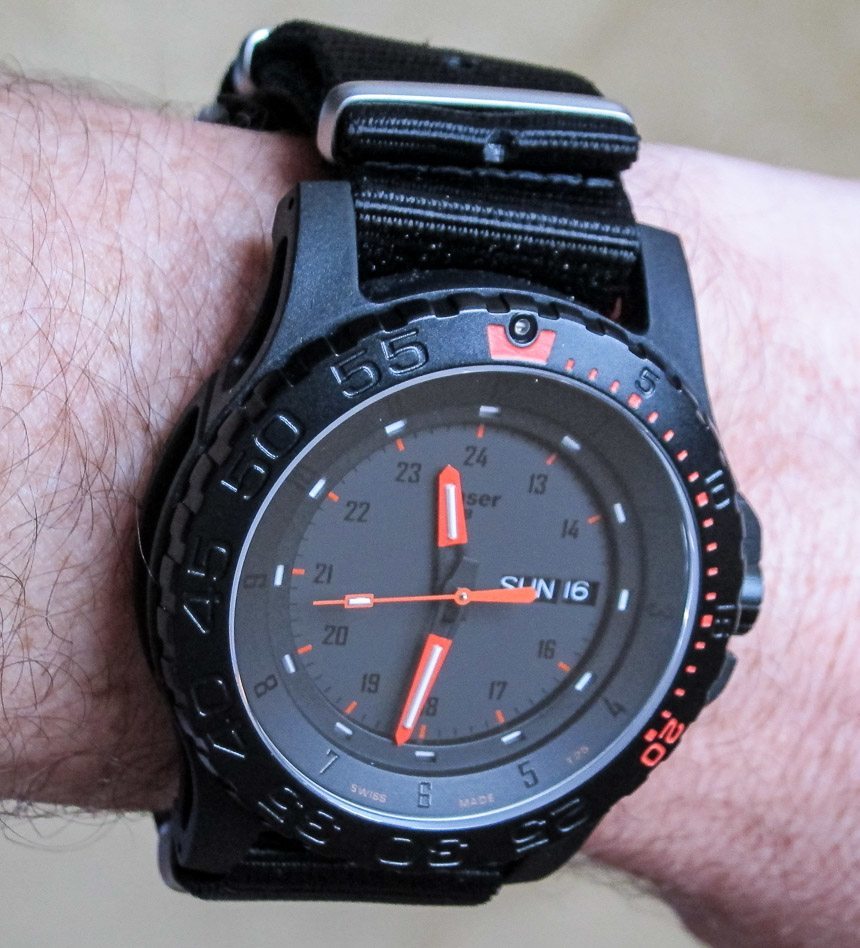 The February 2014 aBlogtoWatch giveaway was for a Traser H3 Red Combat watch. Our fortunate winner was Gary F. in England and he has followed-up with some images and thoughts about his pretty cool new Red Combat tritium-lumed timepiece:

As I took this watch out of the box my wife expressed that “It looks like something Action Man (GI Joe in the US) would wear.” I suppose that, in it’s own right, justifies the name of this watch. 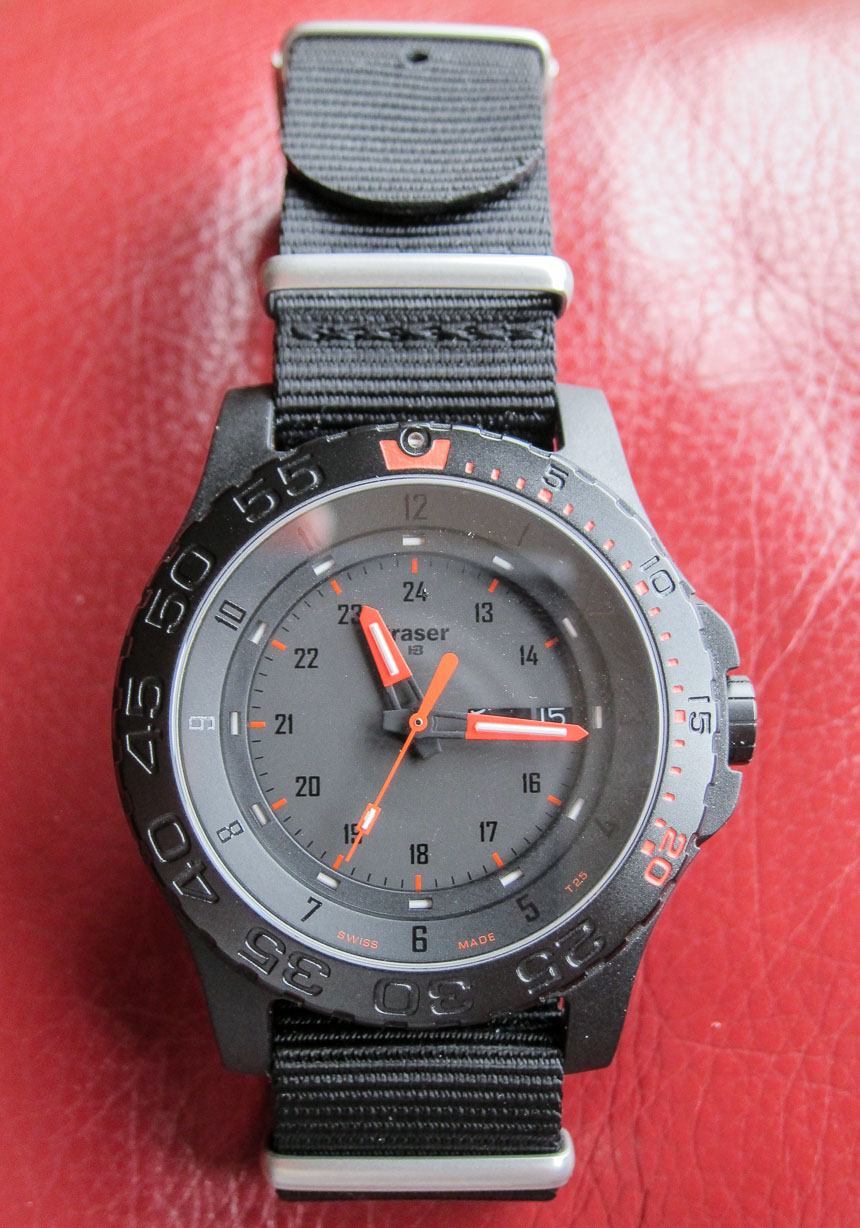 At first glance the watch looks a bit like a toy, as it has a resin body, although on careful inspection there is an internal body that looks to be an alloy, the bezel is a PVD coated steel and the watch glass is sapphire, so the build should be pretty robust. This is further evidenced by the fact that the watch is capable of a 200m (660 ft) water resistance, so it could be used for diving.

It’s also quite big, measuring up at 45mm diameter, and is 11mm deep, but the weight has been kept low at 94 grammes, particularly helped by the NATO strap. I have quite a small wrist and don’t usually wear a watch of this girth but the shaping of the lugs helped to make it feel quite comfortable. The other benefit of fitting a NATO strap is the watch can be worn on the outside of sleeves, or diving suits if you feel so inclined. 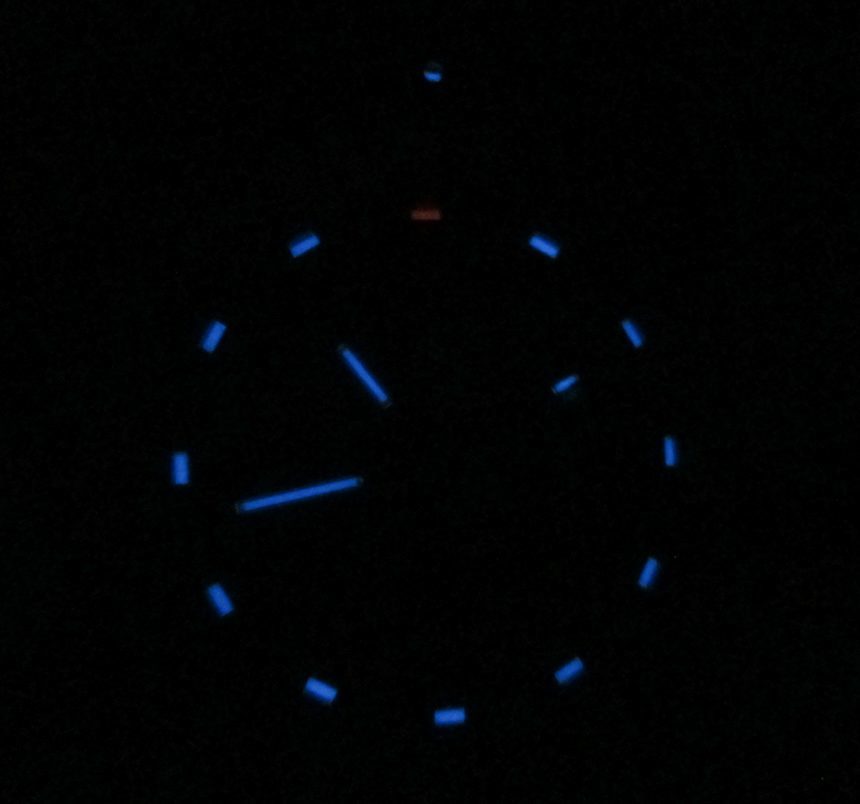 This watch is very much about clarity. The black face and body is heavily contrasted by the red and white hands and detailing, making telling the time very easy indeed. This is further exemplified by the real trick this watch has. The tritium gas tubes, marking the indices and on each of the hands, make it very easy to see what the time is in the dark, particularly as the tube at the 12 o’clock position is red, whilst the others are white. There’s even a marker on the zero position on the bezel, though, oddly, not at the 20 minute mark.  It’s the first watch I’ve seen with this technology and I’m very impressed, as it’s far better than the lume on any other watch I’ve seen and lasts all the way through the night.  If you have a job where you work in the dark a lot this could well be the watch for you. 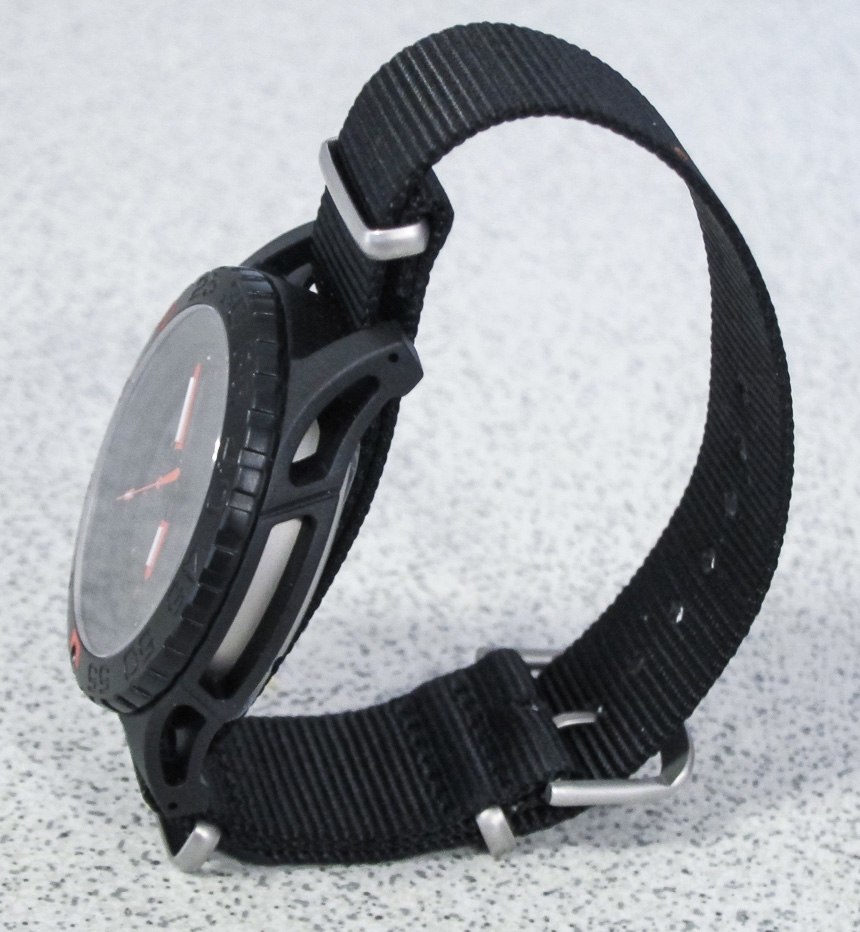 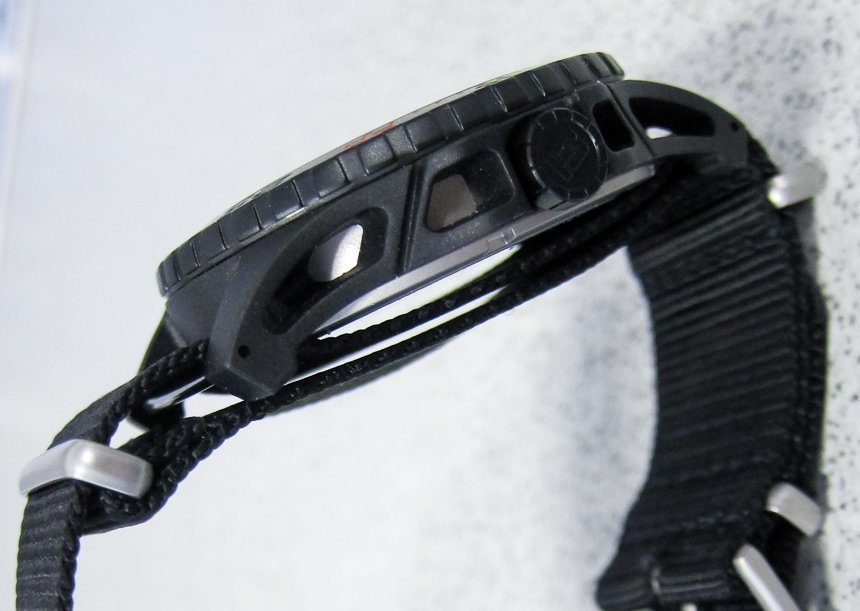 The other obvious element I’ve yet to mention is the day and date feature, which again, is clear and unobtrusive. I particularly liked the use of white on black, in keeping with the rest of the design.

The Swiss made Ronda quartz movement seems accurate. I’ve checked it against my radio-controlled clock over the last few days and there’s no loss or gain. 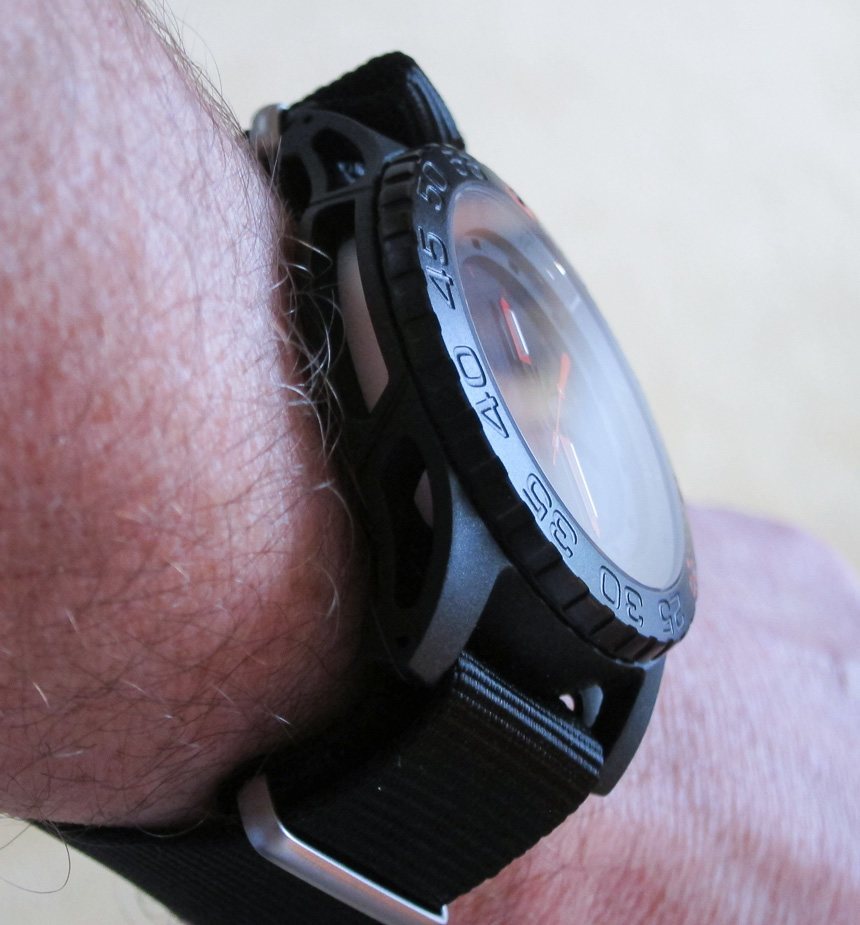 Best bits: The tritium gas tubes and the clarity of time reading throughout the day.

Worst bits: I’m not so keen on the resin. I suspect it will show wear a lot sooner than the rest of the watch.

In conclusion: Would I have bought one? Possibly not. Am I impressed? Most definitely!