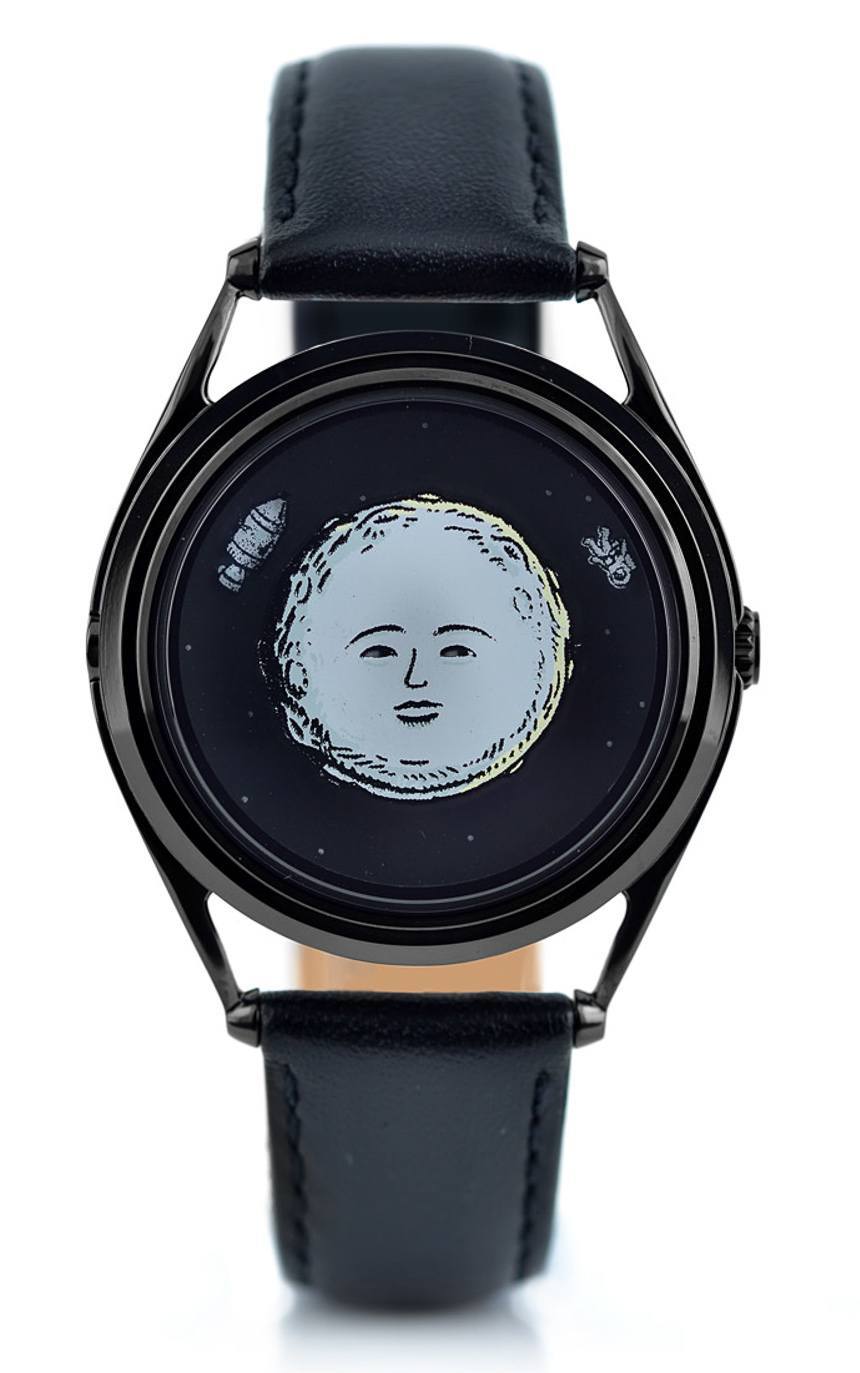 I’ve often said that watch dials are an excellent place to display art. I’ve said that in regard to watches with beautifully engraved or painted dials, and I’ve said this about timepieces that strive to indicate the time in a creative and artistic manner. Often times, watches which are inherently artistic are rather expensive, but that doesn’t always need to be the case. The new Face Timers collection from UK’s Mr. Jones Watches is rather reasonably priced, but also quite limited. Each of the five Mr. Jones Face Timers models are limited to just 20 pieces and were created by five different artists.

Mr. Jones Watches is among the “weirdest” watch makers around, and you can’t help but love them for their sometimes beautiful, sometimes pointless, sometimes repulsive, and always interesting sense of creativity and design. The Mr. Jones Face Timers watches are said to have been inspired by the Mr. Jones Watch The Last Laugh as a base timepiece. This interesting watch displayed a skull on the dial, and two discs moved where the teeth appears in order to indicate the time. 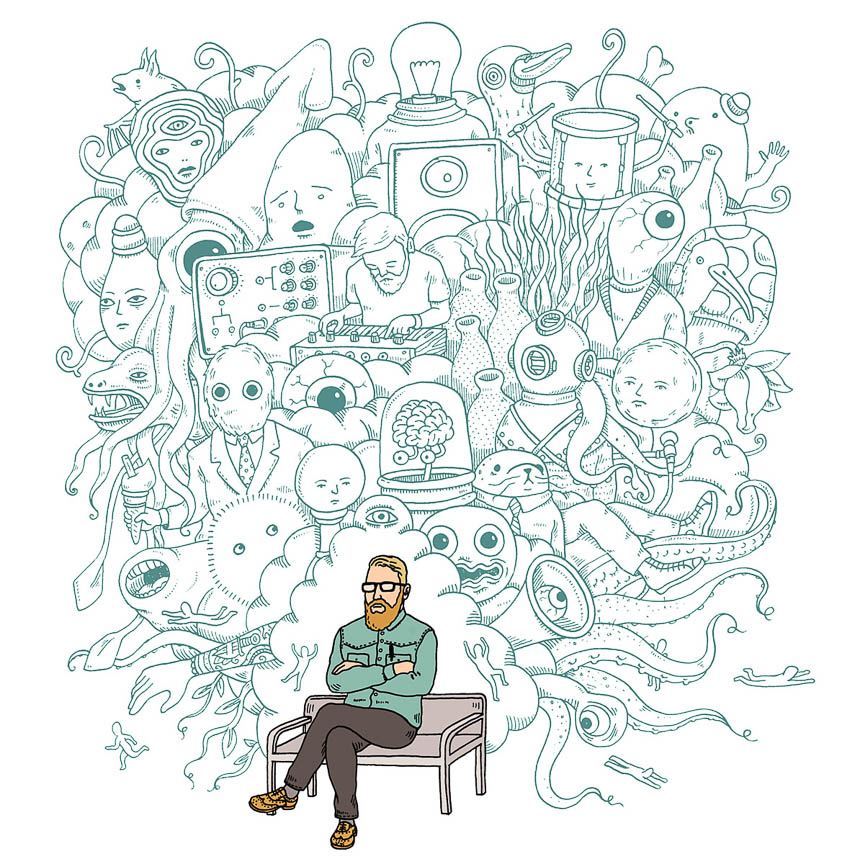 The Last Laugh, like the rest of the Mr. Jones Face Timers timepieces comes in a mid-sized 37mm wide case. The Mr. Jones Face Timers cases are steel with a black PVD coating, and each contains a quartz movement that indicates the time via discs. Not all of the watches display the time at the bottom of the dial, but most do. Actually, Mr. Jones Watches has a “live demo” of how the watches work via an animated demonstration that is linked to the time in your computer. You can check that out for a good way of seeing how the watches work and whether or not you feel as though you can even read the time. 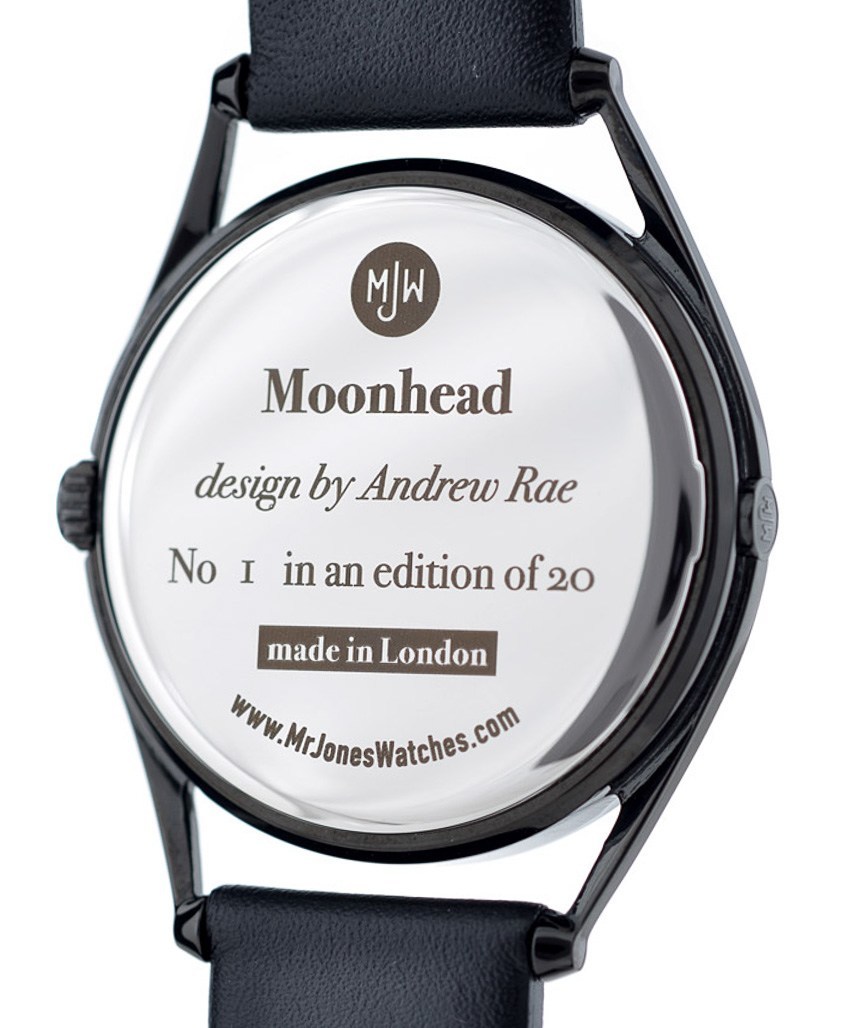 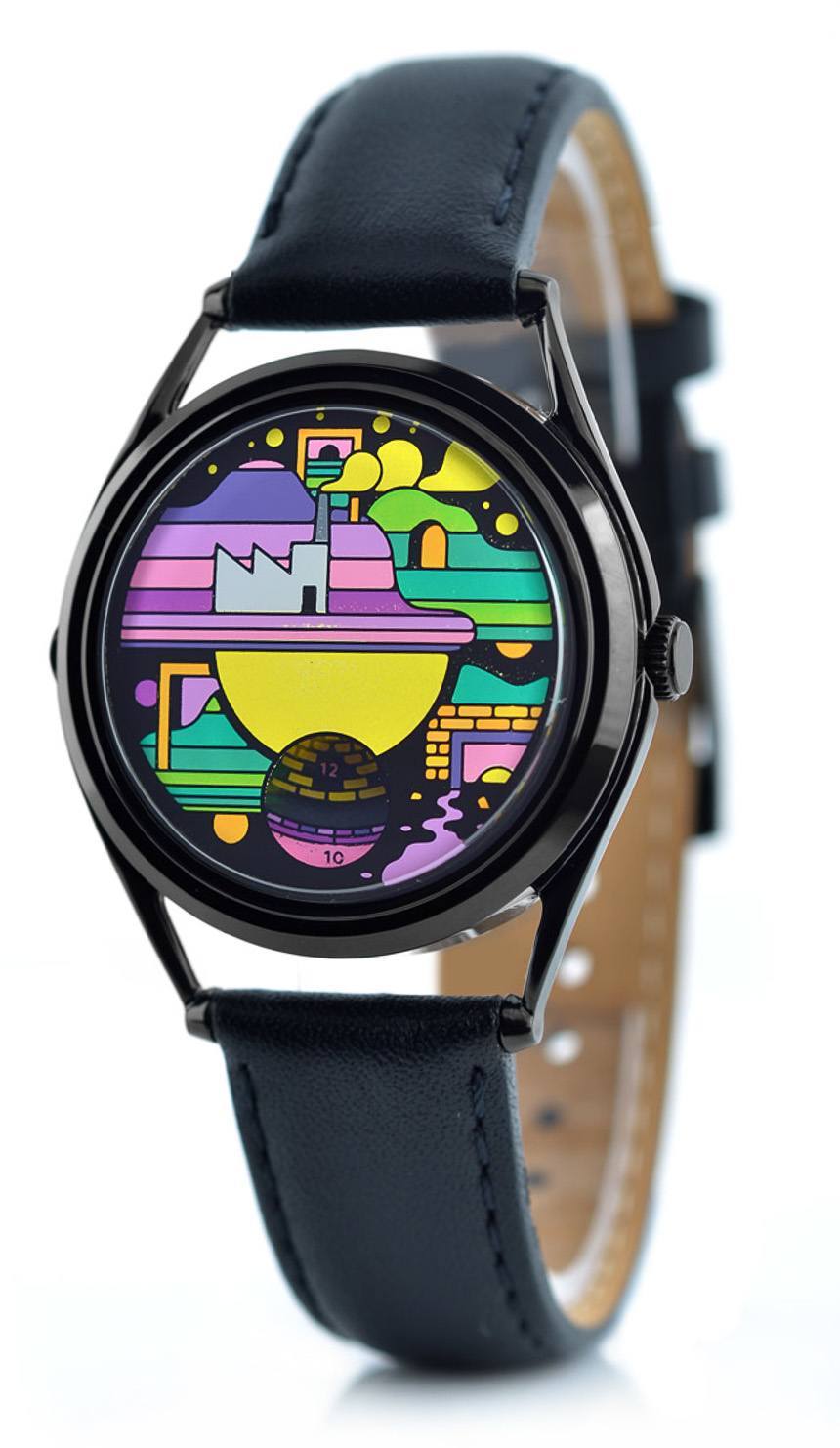 Mr. Jones Watches worked with mostly local artists for the Face Timers watches. The first watch, called “Moonhead” is by artist and writer Andrew Rae, based on the Joey Moonhead character from his book Moonhead and the Music Machine. This is probably my favorite of the Mr. Jones Face Timers watches, given the elegant and friendly theme. Here, time is indicated via a small space capsule as the hour hand and the astronaut as the minute hand. An interesting small detail is that the eyes of the moon character are part of the minute indicator disc and are designed to “follow” the astronaut, so that the moon appears to be looking at him all the time.

The next watch is colorfully named Psychedelic Sunsets and reminds me of the animation in the Beatles’ Yellow Submarine. Mr. Jones Watches worked with artist Edward Carvahlo-Mongahan on the Psychedelic Sunsets watch, who claims the design is inspired by the shifting look of the city and sky as the sun move over them, over time. 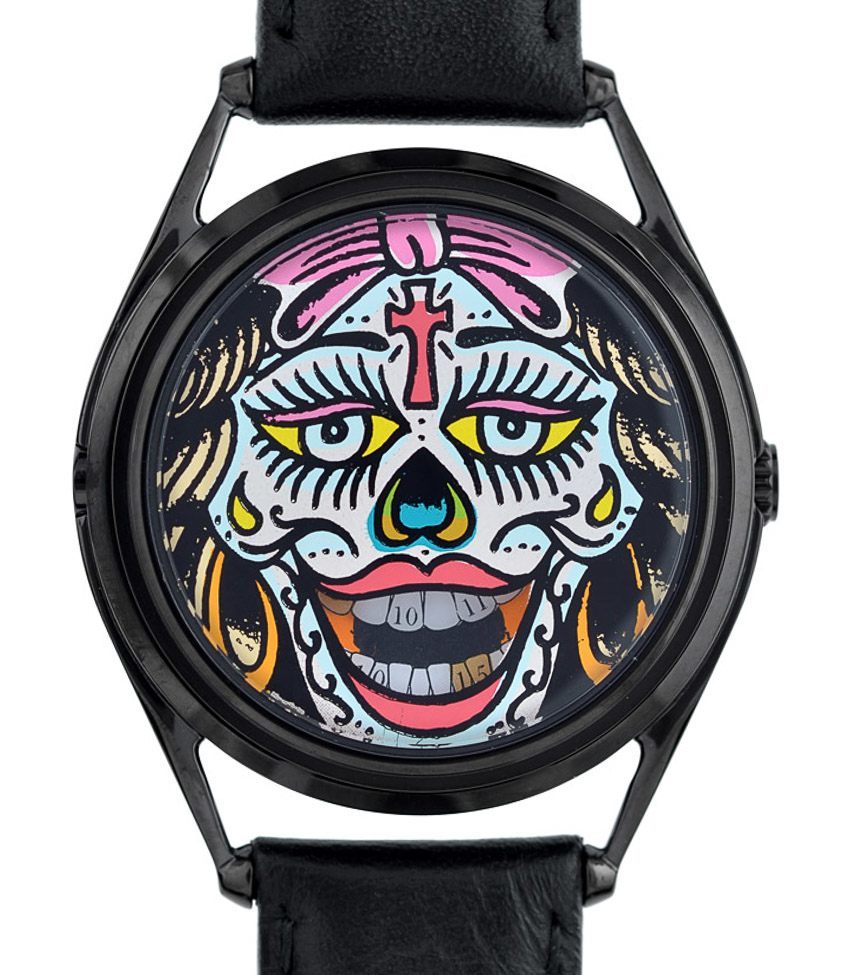 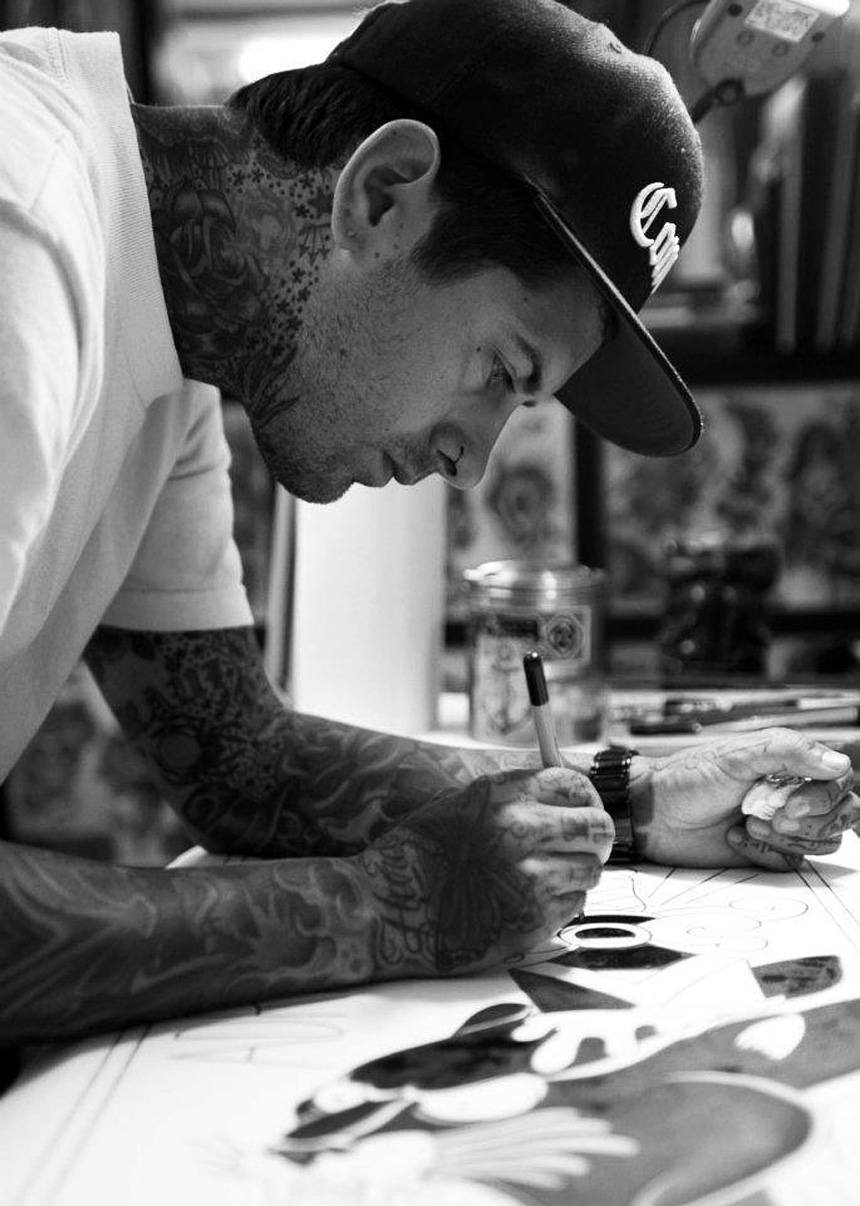 For the watch called Time Savior, Mr. Jones Watches worked with New York-based artist Kirsten Ulve who expressed being influenced by the “kitsch Jesus” aesthetic. Here the character of Jesus Christ finds integration into pop culture in a number of non-ordinary ways. The cartoon style crucified Jesus on the Time Savior dial is meant to suggest the theme of “when would Jesus do?” each time the wearer looks at the watch. 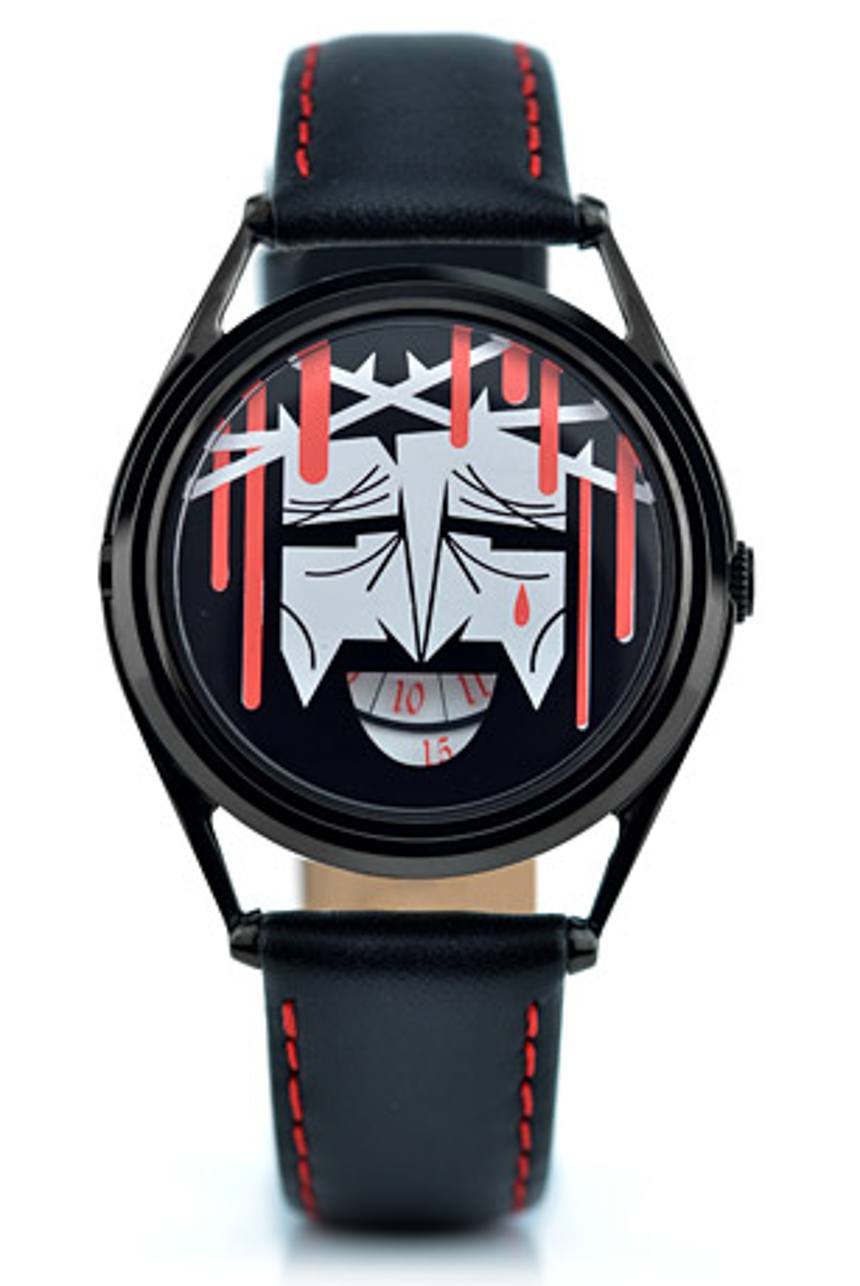 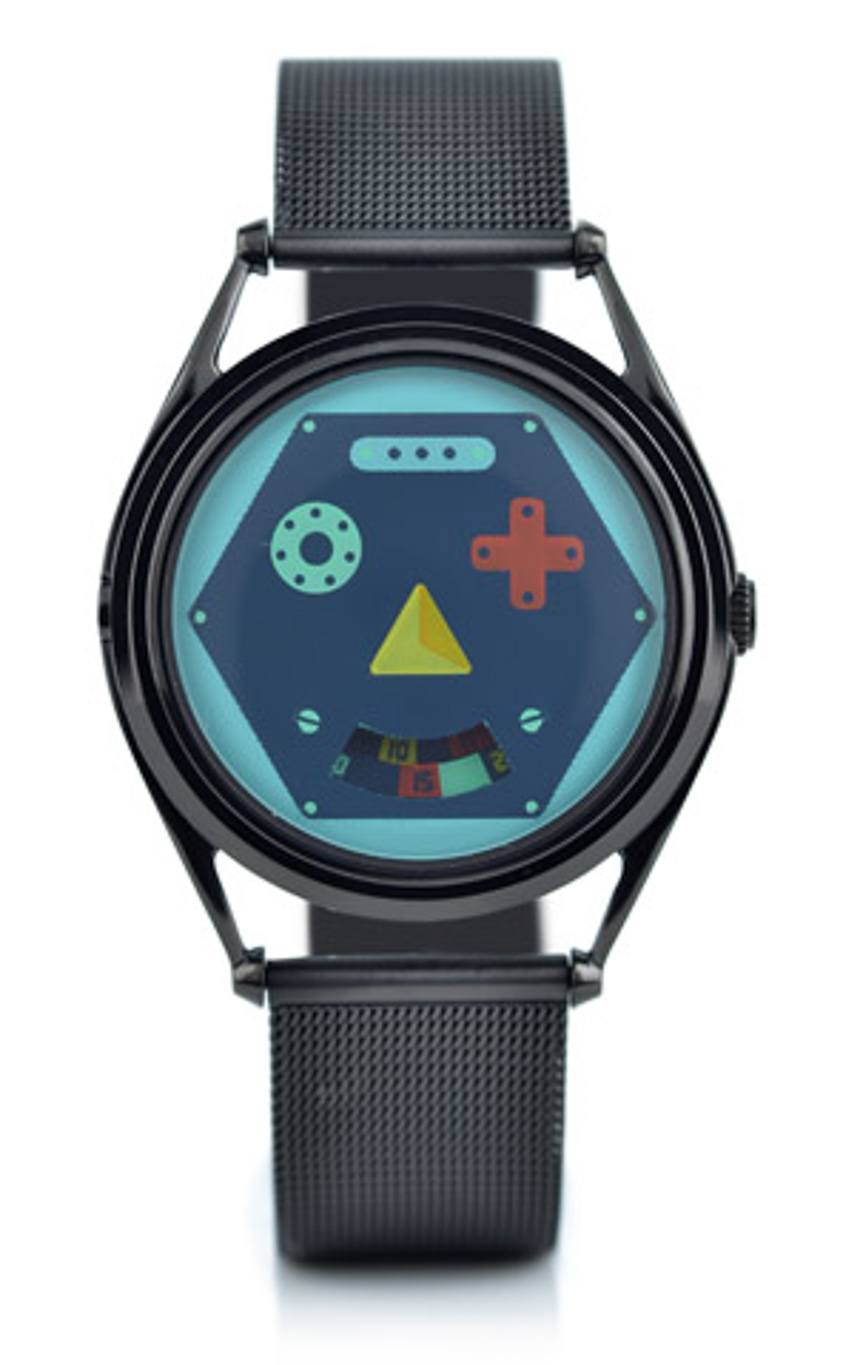 The final limited edition Mr. Jones Face Timers watch is the Analogon by UK-based artist Lucy Vigrass. Adopting the Greek word for “proportionate,” the Analogon is friendly look into the future, anticipating a wold of smartwatches and even more involvement in connected devices (as well as robots). The dial has the face of a friendly, toy-like robot, where, once again, the “teeth” provide the time.