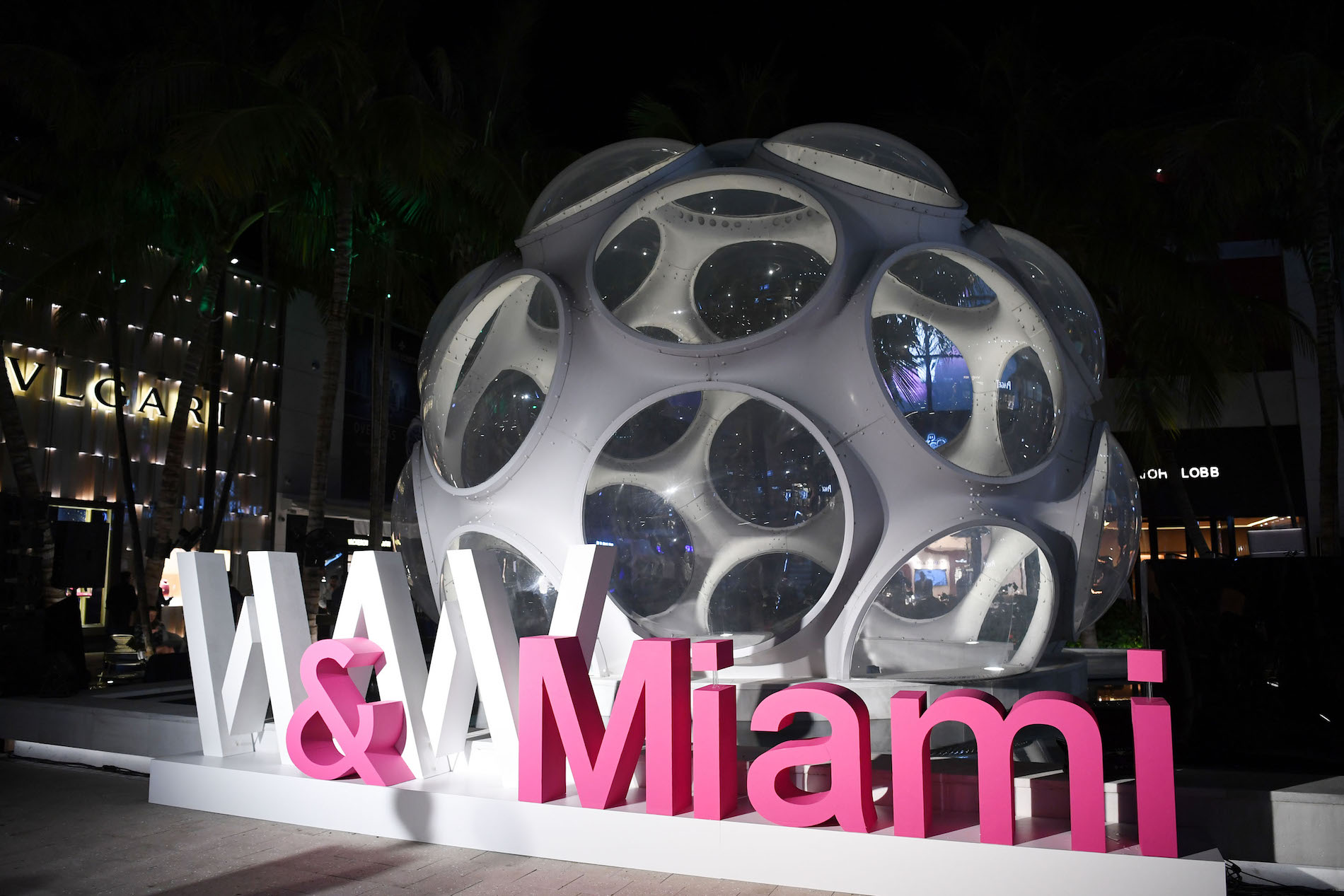 Being At Watches & Wonders 2018 In Miami 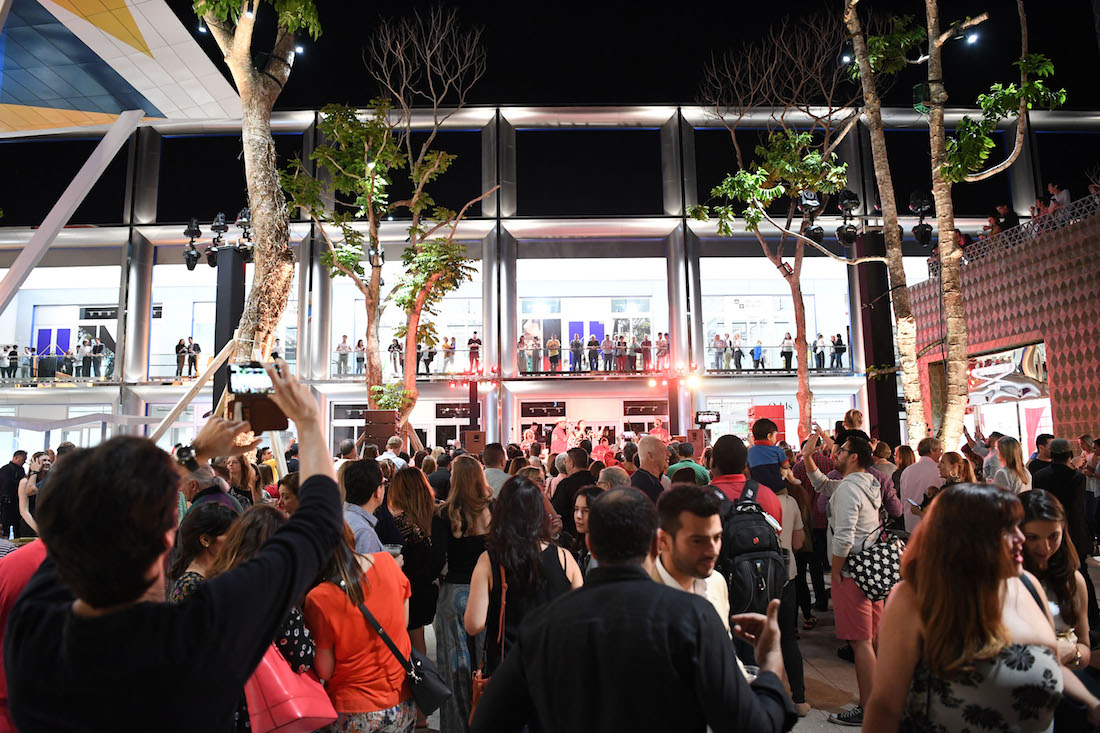 Mid-February in Miami saw an unprecedented camaraderie of high-end European watch brands celebrating the savoir fair of luxury during the first Watches & Wonders event to hit the United States. The venue was the ritzy Miami Design District center, which is home to a tight assortment of top luxury names. Watches & Wonders showcased brand-new 2018 luxury watch products while welcoming brand executives and fans alike for an experience the likes of which only Miami, Florida can offer. 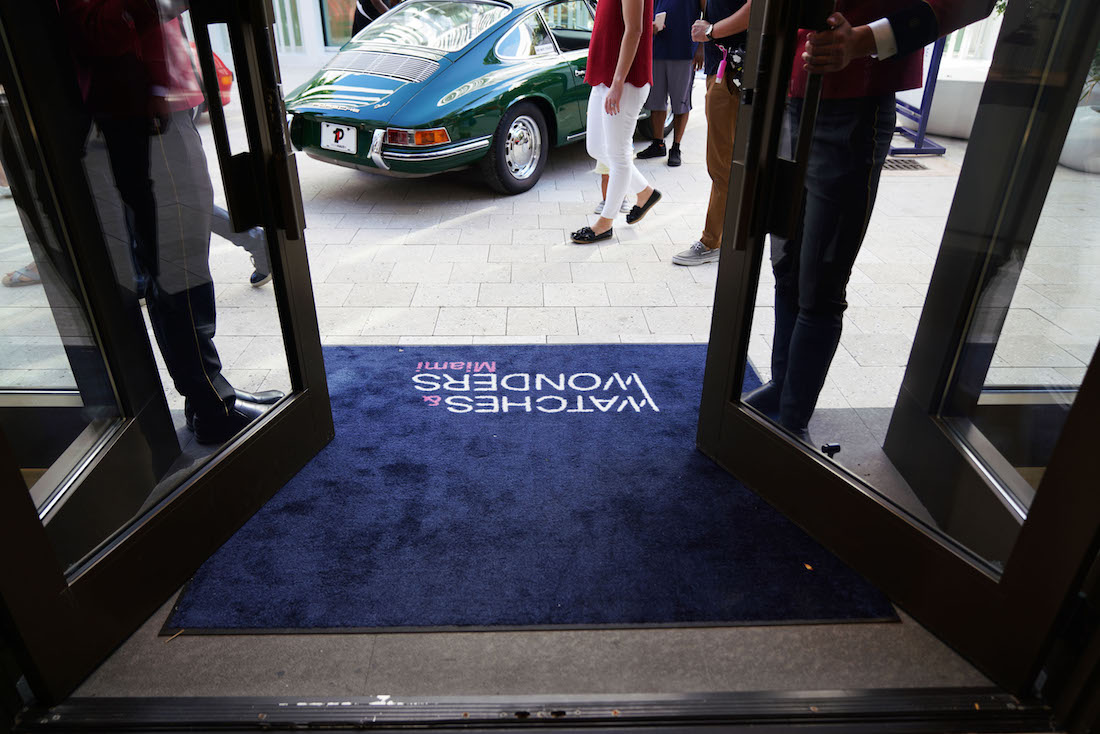 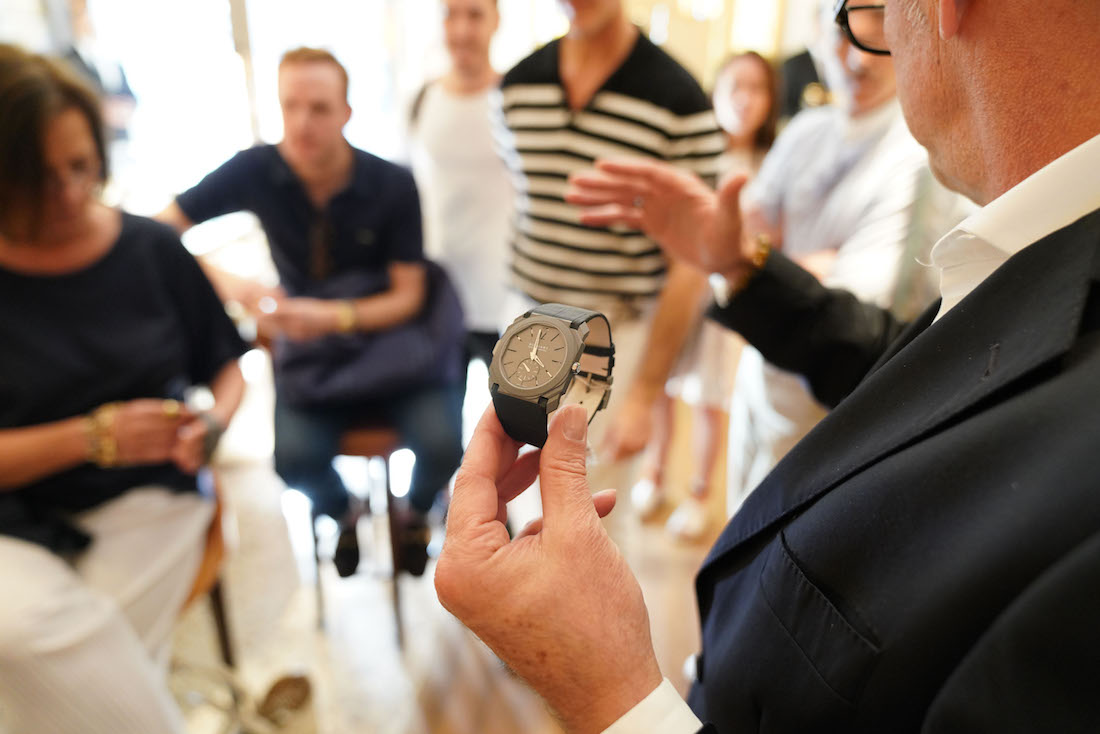 Watches & Wonders in Miami filled the Miami Design District like I’ve never seen it before. The event included a carnival-themed evening party as well as a concourse for fans of exotic automobiles. Brand boutiques at the event bolstered their in-store displays with special showcases ranging from exceptional rare pieces to exhibiting mini-museums of vintage models (as was the case at the TAG Heuer boutique). Speaking of TAG Heuer, Watches & Wonders Miami marked a turning point for watch industry political relationships as competitors Richemont Group and LVMH apparently joined forces. Each of the mega luxury conglomerates claims a respectable list of brands that typically display their products at different trade shows. The situation was a welcome difference at Watches & Wonders, which saw LVMH brands such as Louis Vuitton, TAG Heuer, and Bulgari participating together with Richemont favorites ranging from Panerai and IWC to Vacheron Constantin and A. Lange & Söhne. 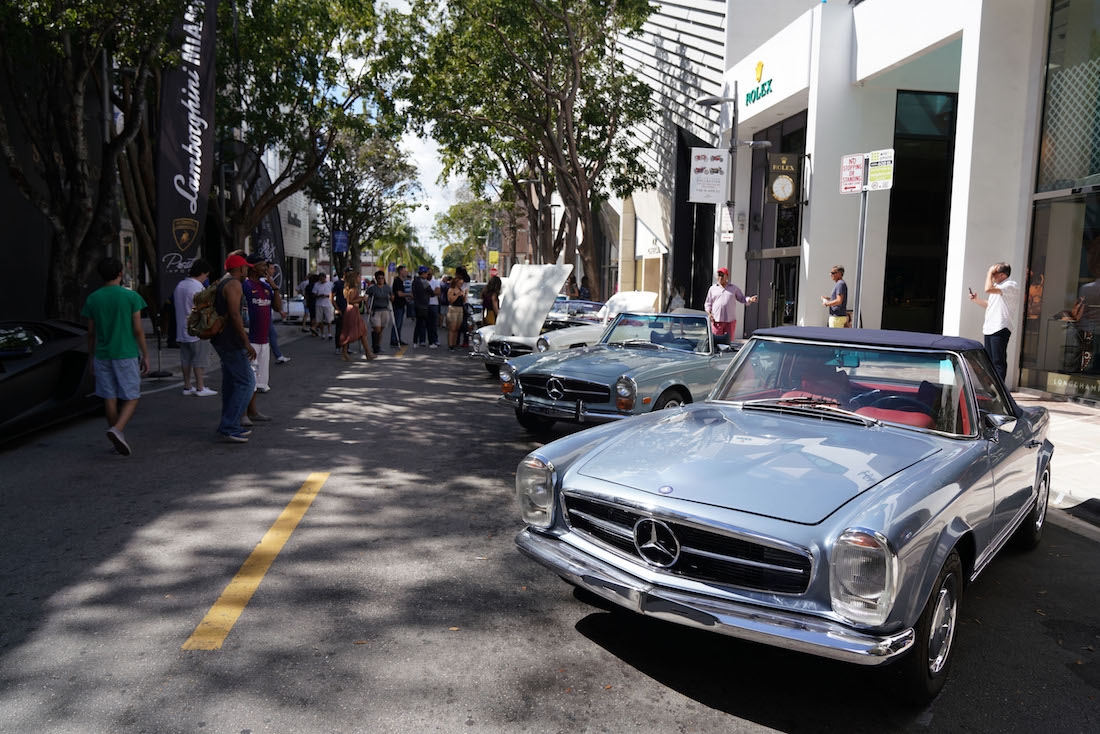 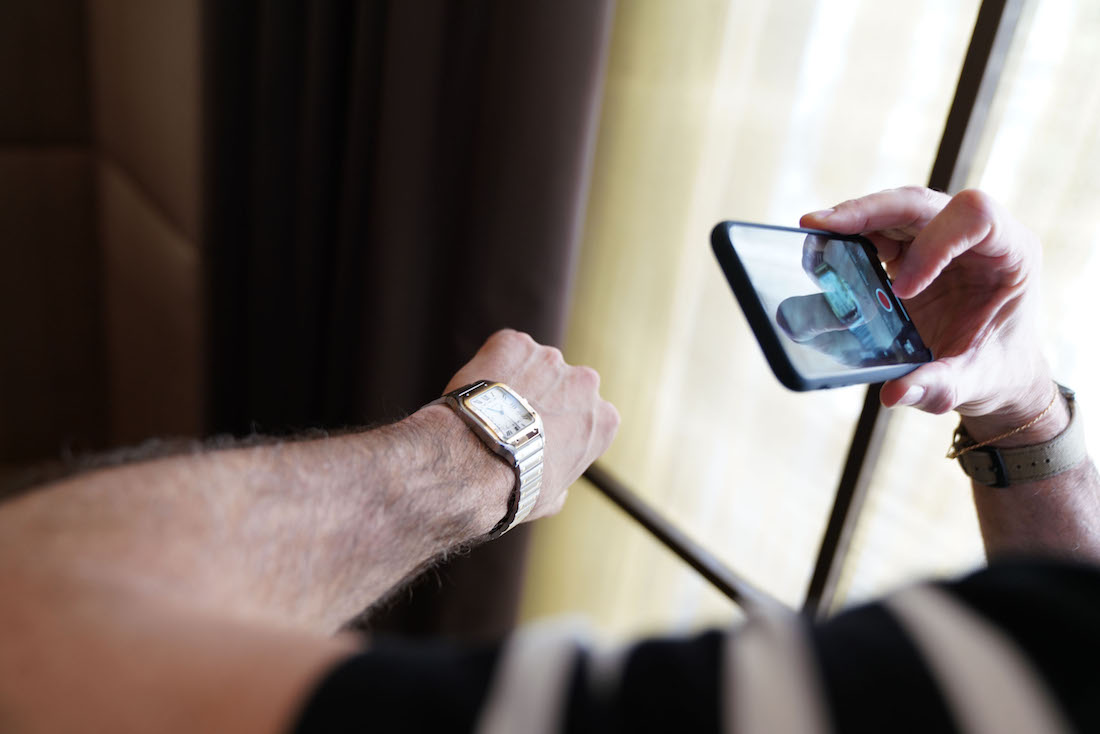 One thing I can say for sure is that Miami watch lovers know how to impress when they want to show off their best timepieces. For this timepiece enthusiast, Watches & Wonders Miami was “watch spotting” paradise as local collectors donned their most interesting and exclusive wrist wear. A variety of valuable vintage to exotic no-longer-produced modern watches teased my eyes on a minute-by-minute basis. Anyone considering attending a future Watches & Wonders event might want to do so merely for the “watch guy networking opportunity” (or just to be an horological voyeur). 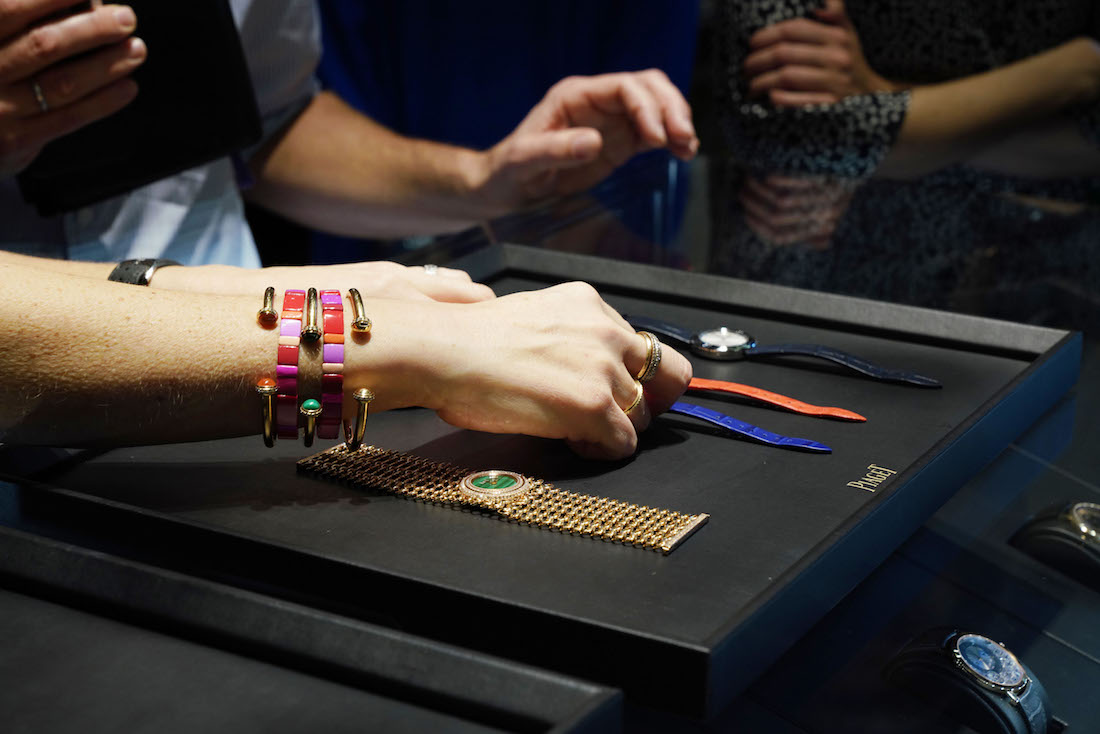 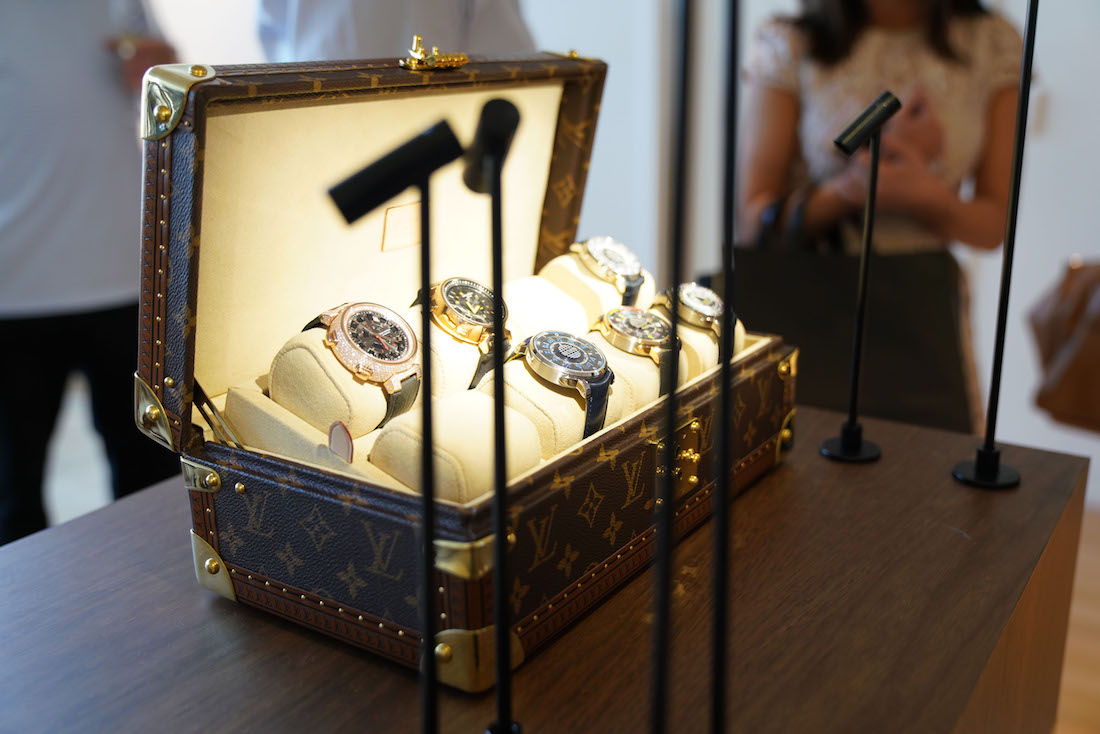 The backdrop of the Watches & Wonders Miami 2018 weekend was the Miami Yacht Show located in nearby Miami Beach. A strong lineup of world-class luxury yachts stretched for almost a mile in Miami Beach’s famed Intracoastal waterway. Tourists and sun-seekers residing in colder locales flocked to the warm air of Miami for relaxation… and toys. That is of course not to mention South Florida’s well-regarded population of high-disposable income families and individuals that has maintained the region’s vast importance to the American luxury sales industry. 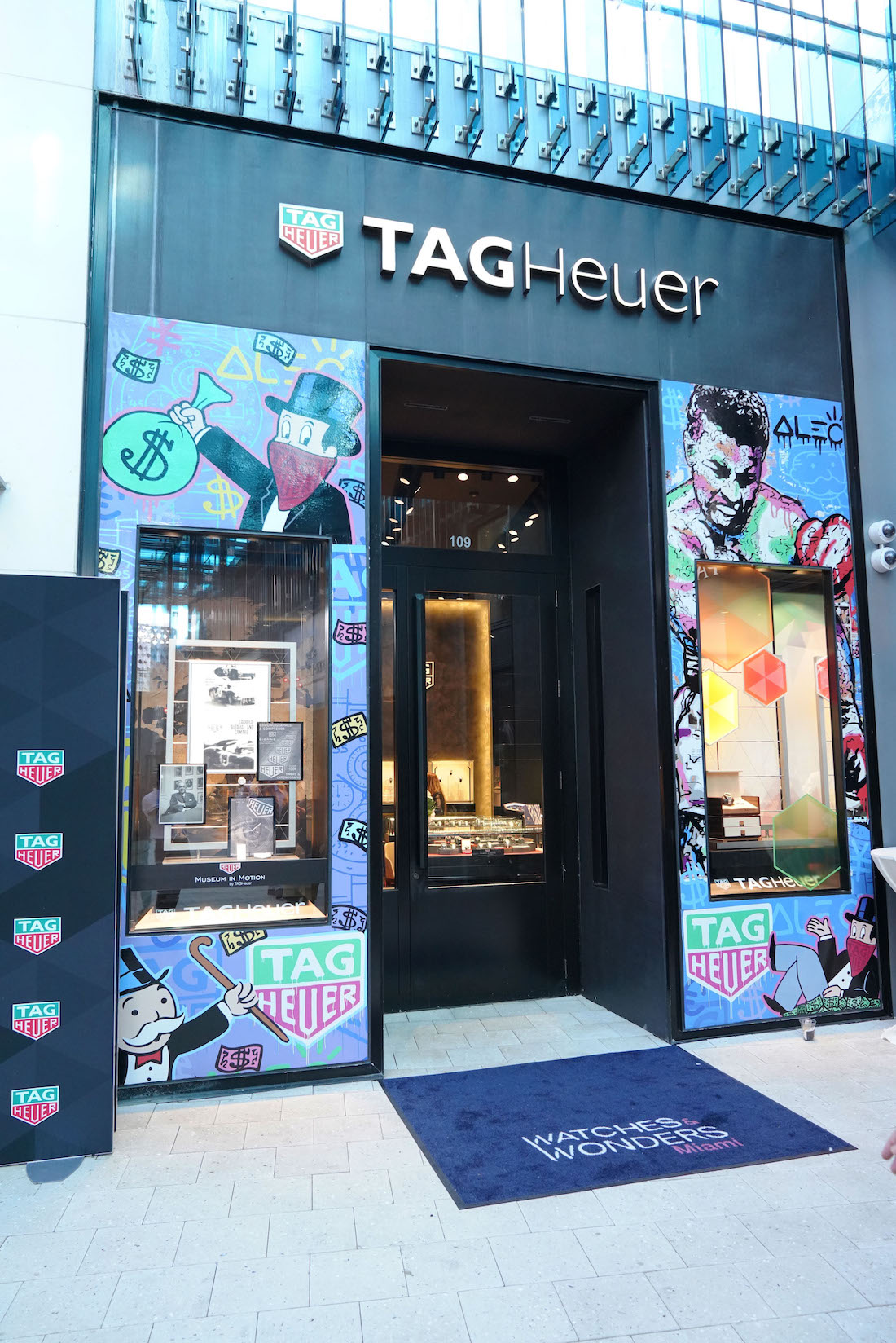 European watch brand executives responded enthusiastically to the first Watches & Wonders in America, but remain pragmatic in their sentiment that America is still a developing marketing for watch consumption. For its size and market maturity, the United States is indeed behind Europe, Asia, Russia, and South America when it comes to fine watch knowledge among not only the mainstream public, but also target high-end buyers. Several executives from watch brands displaying at Watches & Wonders Miami praised the sophistication of their Miami clientele while also admitting they had a lot more to do when it came to both educating and penetrating the vastness of the American market. Watches & Wonders in America is a big step in that direction. 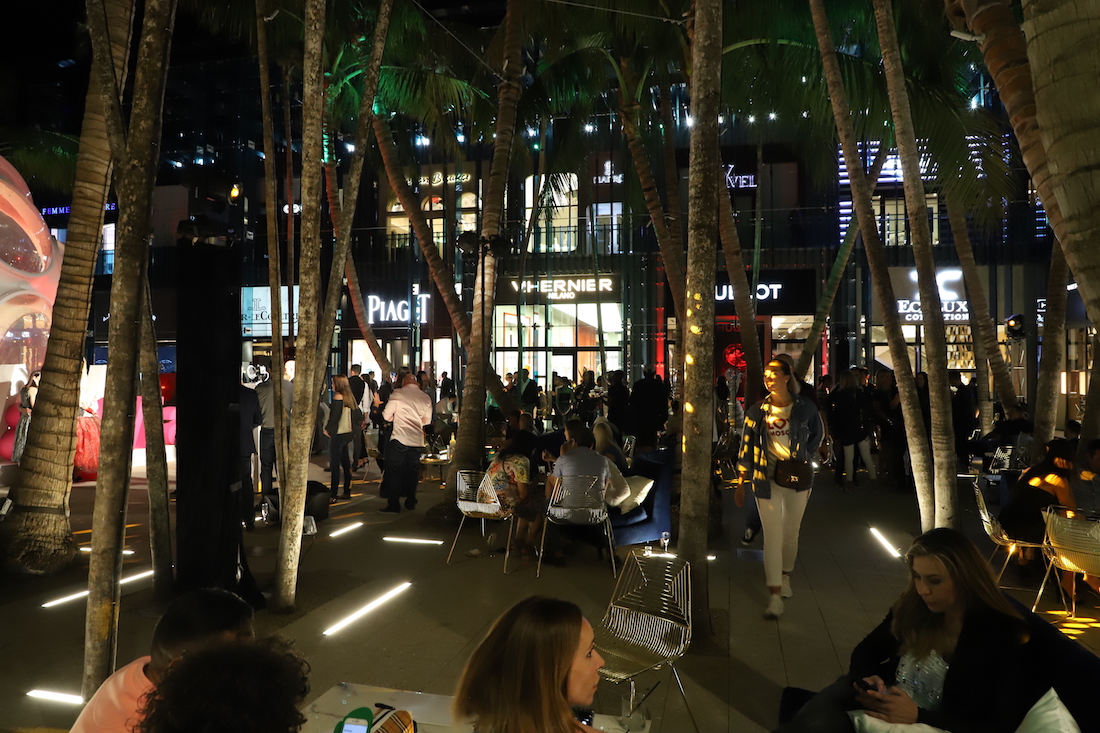 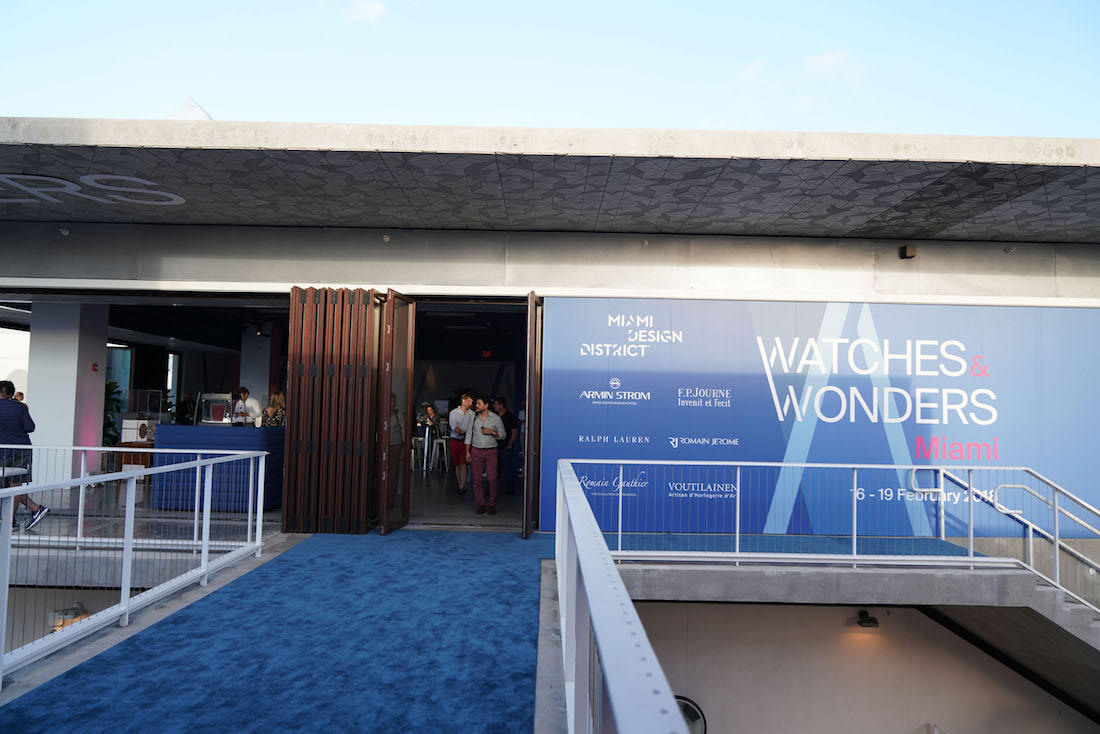 Upstairs in one of the Miami Design District’s main buildings, a selection of independent watchmakers sprawled out in a spacious and relaxed atmosphere that anyone familiar with exhibiting at Baselworld will seriously envy. Watchmakers such as Kari Voutilainen and Romain Gauthier were among the participating independent brands displaying their watches for consumers who in many instances had never seen their products before in real life. These small watchmakers produce in many instances only dozens of watches per year, and seeing them in real life was a delight to many of the enthusiasts who greeted their participation in the event merrily. 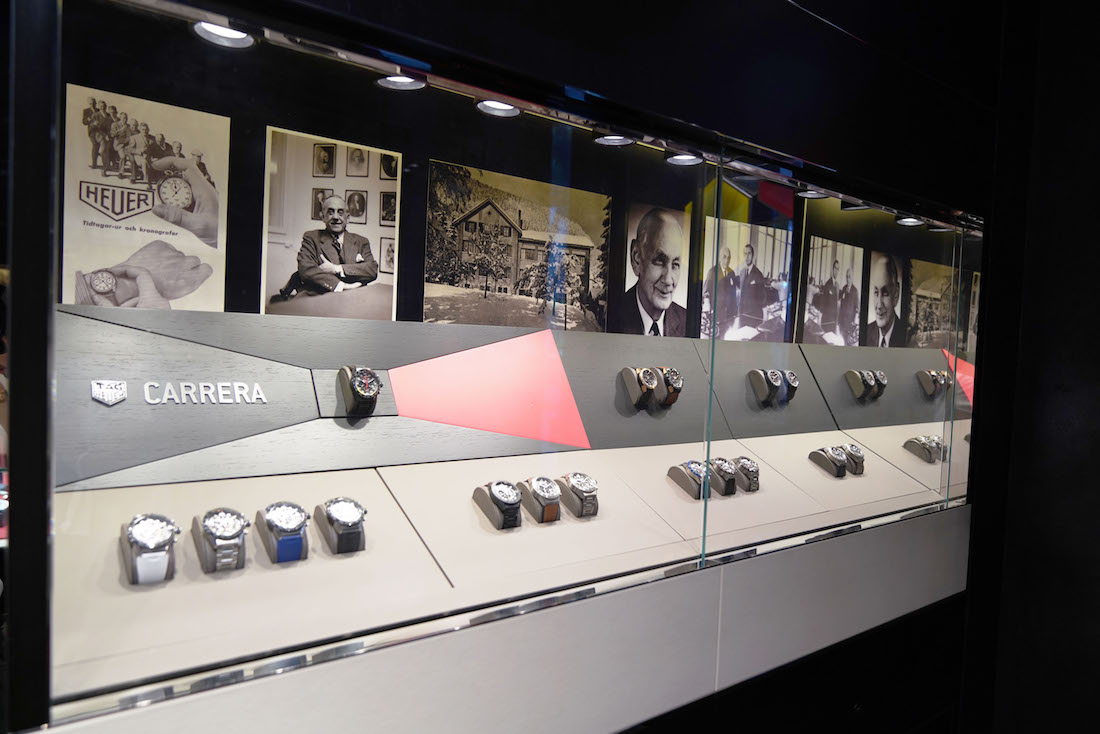 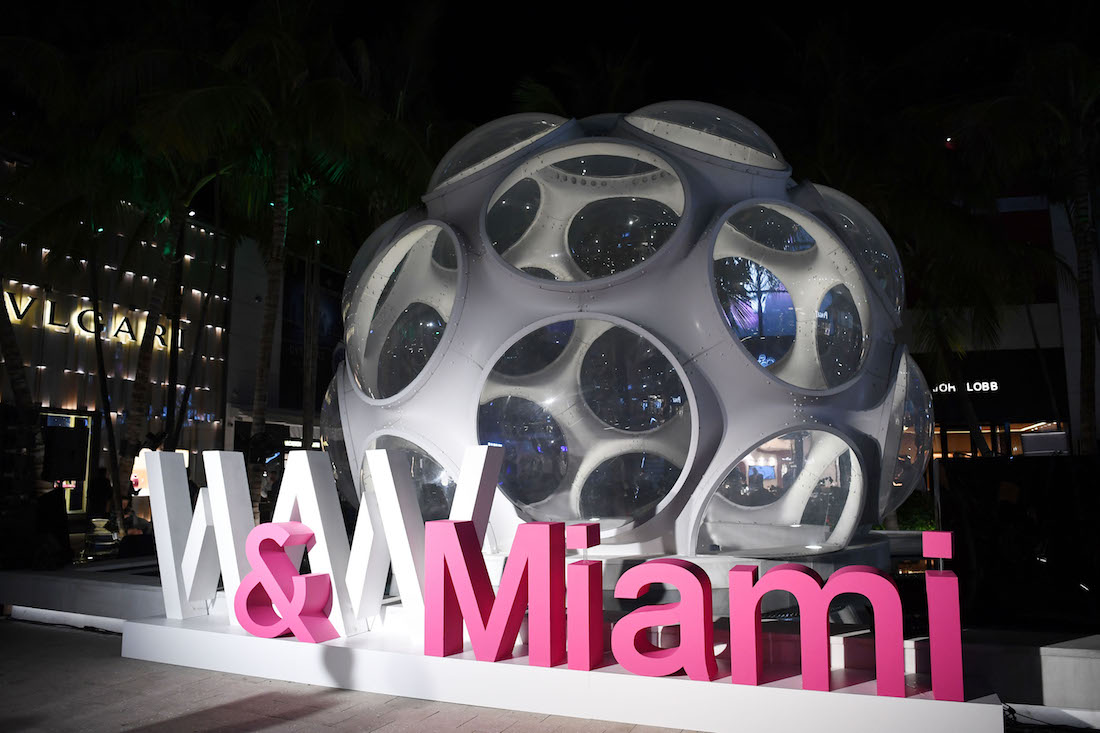 While there are no formalized plans for the second Watches & Wonders in Miami for 2019, sources tell me that its return is a strong possibility – especially given the strong support from the Miami Design District itself. That’s a good idea because America is not only the industry’s most important market, but in many ways its least developed. Events like Watches & Wonders are (as the name implies) doing wonders for the European watch industry’s participation in the American market – and I hope it is just the beginning. watchesandwonders.com