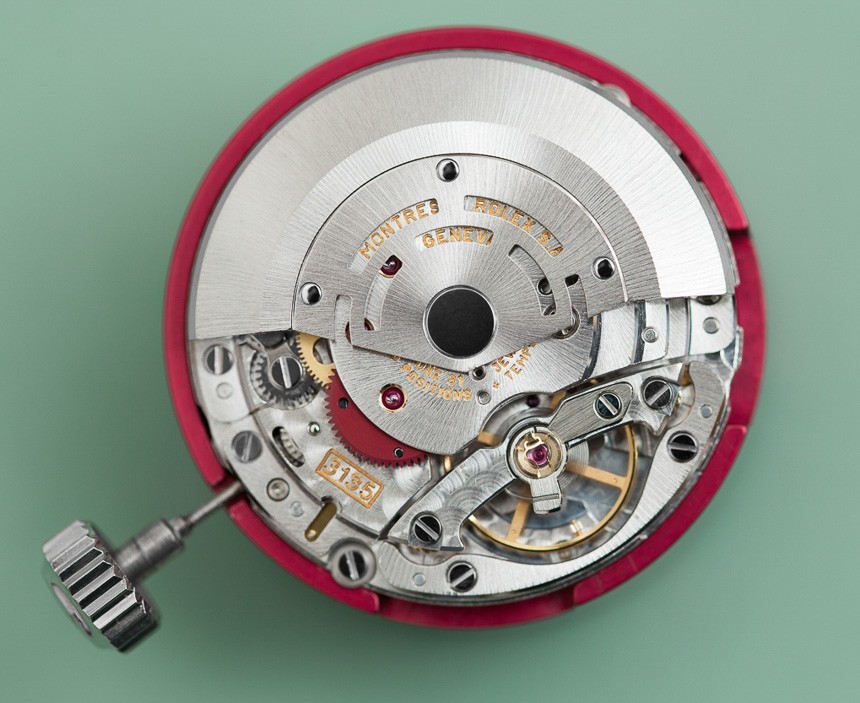 Watchmaker Takes Us Inside The Popular Rolex 3135 Watch Movement

As an aBlogtoWatch guest, Hugh Taylor from Xupes.com (a pre-owned watches and luxury goods dealer in the UK) interviews their in-house master watchmaker, Mickey Nolan, as he proceeds to service and dissemble this famous work-horse mechanical movement – the caliber 3135 by Rolex – which is found in a series of watches, including the Submariner. Mr. Nolan offers some interesting insights into the movement and a fantastic look at what many watch lovers can appreciate in theory, but don’t always know as intimately as a watchmaker who deals with them on a regular basis. 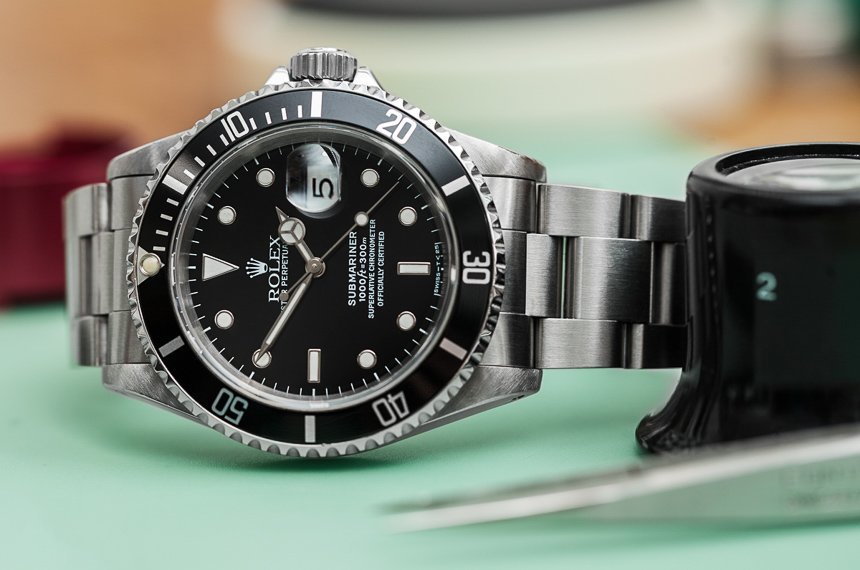 Last week, for the first time, I chewed the fat with seasoned watchmaker Michael (Mickey) Nolan as he whipped apart a Rolex Submariner 3135 movement. Despite blogging about watches for a year now, this was my first time inside one. As well as hoping to get to grips with how it all works, I was keen to explore a professional’s thoughts on a bread-and-butter Rolex and to find out how he feels it holds up alongside its rivals.

Originally schooled at the Irish Swiss Institute of Horology, Mickey accumulated thirteen years’ experience working for Omega, Cartier, and Watches of Switzerland. Now, sitting in his new state-of-the-art workshop in luxury goods retailer Xupes’ HQ, where he’s head of watchmaking, Mickey walks me through the ins and outs of servicing, and the fruits of a century of evolution at the world’s biggest watch brand. 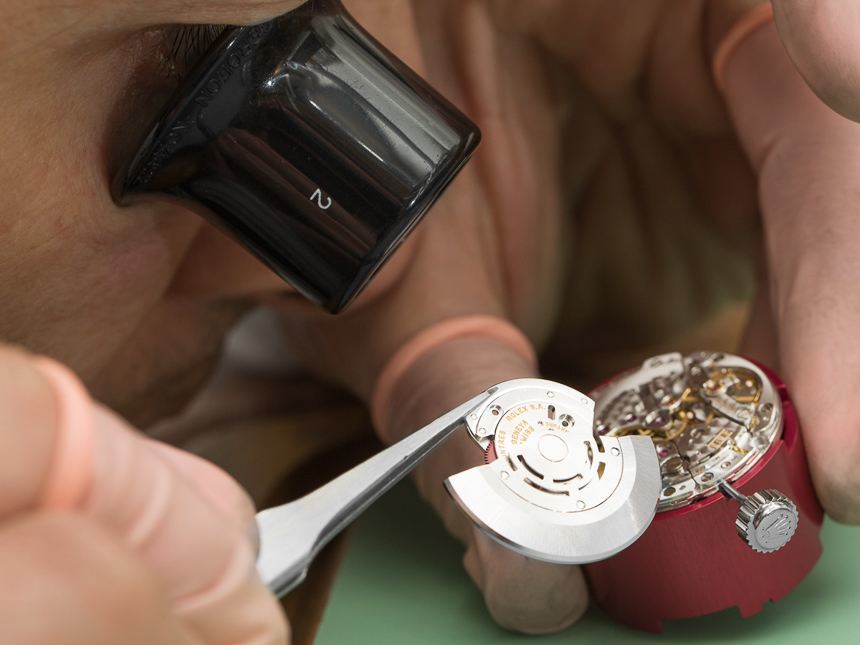 Hugh Taylor: So I understand you’re going to dismantle a Submariner today?

Mickey Nolan: Yeah that’s right, I’m going to strip down a Rolex Submariner Date 16610 with a 3135 movement. It’s probably the most common Sub out there. They were made from the late eighties all the way up until 2010. This particular one is from 1995. It’s just come in. It looks to be in pretty good shape, but it’s fast, so it needs checking over.

Hugh Taylor: If I were to have a limited knowledge of watch mechanics (speaking hypothetically, of course!), would you be able to quickly skim over the basics for me first?

Mickey Nolan: No worries. So, when you wind the watch, you’re contracting the mainspring. This gives it energy, because it then wants to expand. This energy is what drives the watch. It’s transferred to a finer, coiled spring, called the hairspring or balance spring, which then expands and contracts like a beating heart. The hairspring then drives a tiny wheel, called the balance wheel, which swings back and forth in harmony with it. The swings of the wheel determine the watch’s timekeeping. 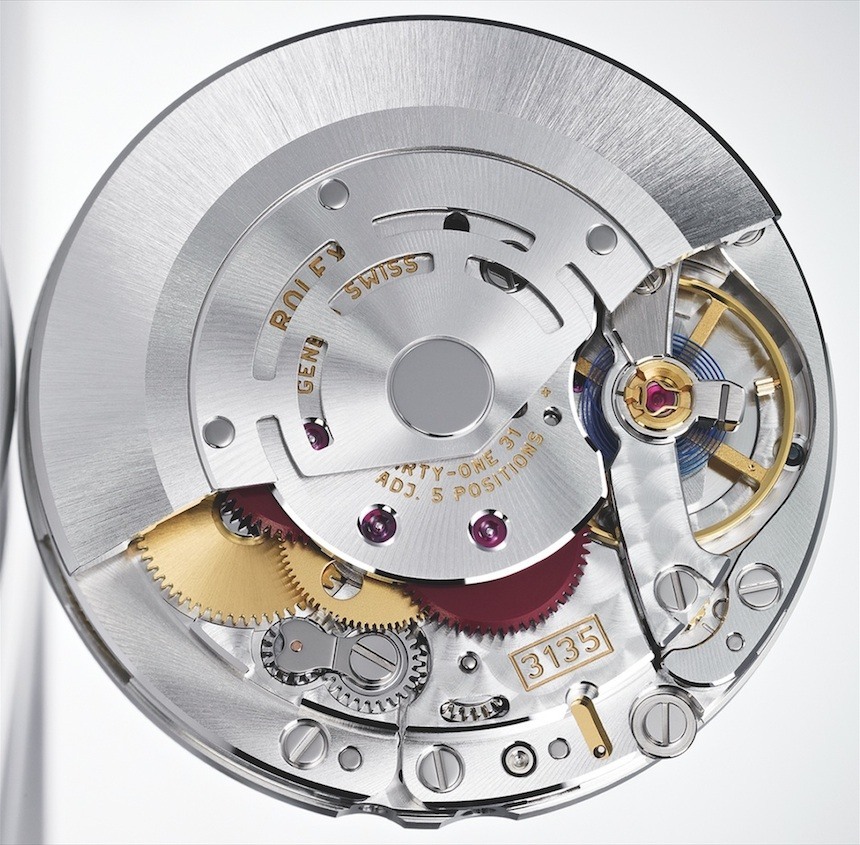 (Mickey places the watch next to a compass; the compass turns ever-so-slightly towards the watch, meaning it’s slightly magnetized. He then places it next to a machine called a demagnetizer that simply neutralizes the charge.)

So, the first thing I do is check for magnetism. This is a really common problem, and it’s very simple to fix: we just stick it next to a demagnetizer and press a button, which neutralizes the charge. Now the hairspring is not being influenced by magnetism, we can get a true reading on the timing machine.

(Mickey is now holding it up to another machine.)

Now, I measure the amplitude of balance wheel swings. That’s the degree of wheel rotation on each swing. If the amplitude is low, then each swing takes less time, and this usually means the watch will be fast. In a freshly serviced watch, we want the amplitude to be between 270 degrees and 310 degrees.

To measure it, we use this machine that works by reading and timing the vibrations of the escapement. It’s like a heart rate monitor. Each swing of the balance wheel is one beat. A Rolex 3135 caliber runs at 28,800 beats or vibrations per hour. Each mechanical watch runs at a specific frequency according to its make up.

(Mickey now opens the case and passes me an eyeglass.) 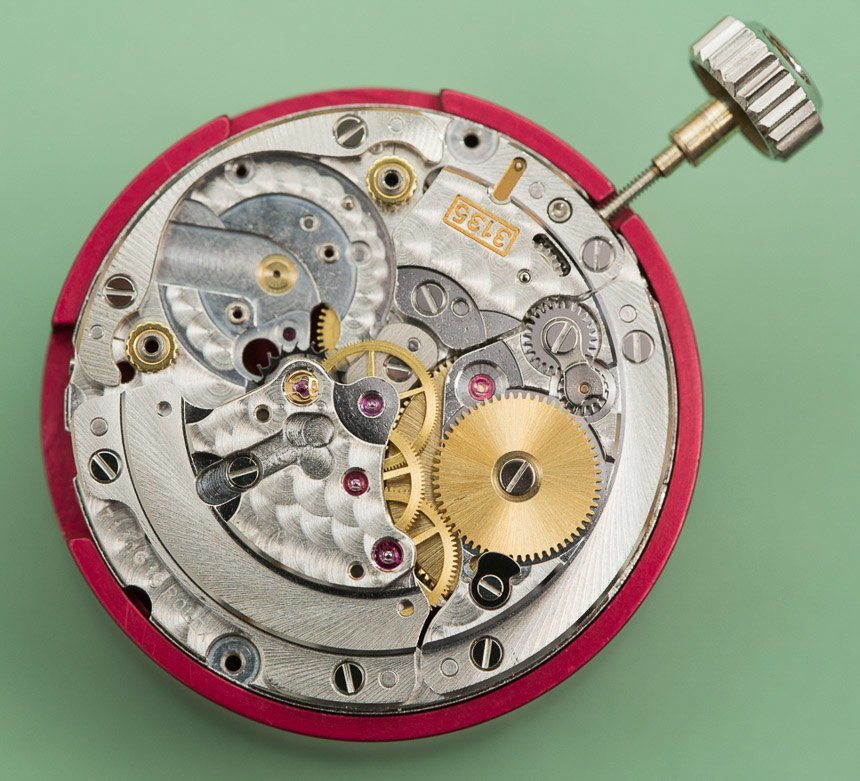 Hugh Taylor: How does the watch lose amplitude?

Mickey Nolan: If it’s not magnetized, then more often than not, it’s caused by dirt or congealed oil, or it could be other issues, like wear in the train wheels or the mainspring getting old and no longer keeping tension. We’ll check for magnetism first, but it probably only needs cleaning and oiling. Then we’ll check the different parts for wear and end-shake, and swap out the mainspring.

Mickey Nolan: Yeah, so if you take one of the wheels by the staff with a pair of tweezers and give it a light shake, it has some give, because its pivot sits in oiled jewels. You want it to move a little but not be loose. You learn to gauge it over time.

Then, we’ll need to check the hairspring, it should be dead flat from every angle, and the coils should be exactly the same width apart. You see, it’s pinned in the middle at the collet and then it’s pinned at the outside, so you can actually manipulate it, because it has two points, but it’s a bit of a nightmare to do that – I’ve got one in there that looks like a bird’s nest. 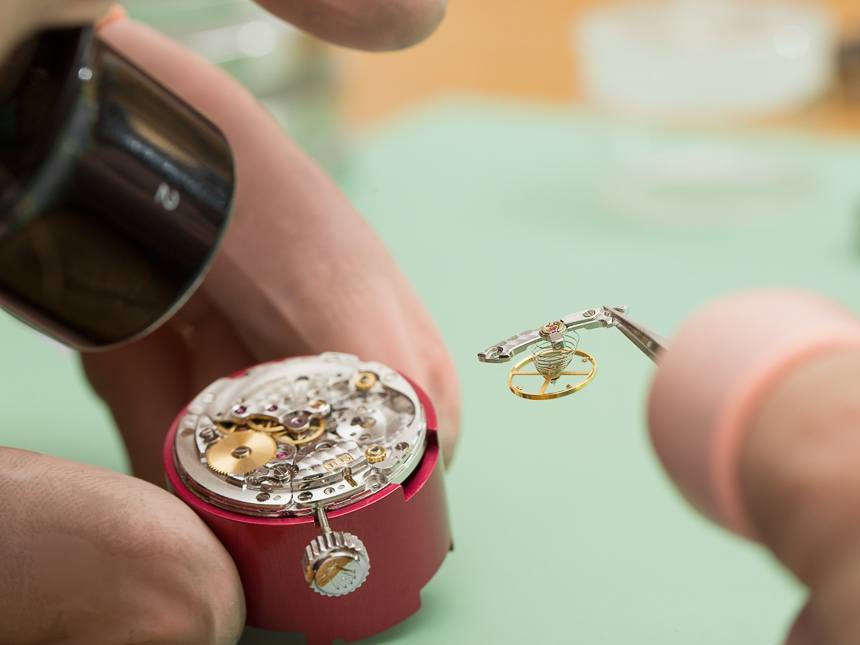 Hugh Taylor: What happened to it?

Mickey Nolan: My guess is someone’s gone at it with tweezers, and they’ve messed it up. Someone that doesn’t really know what they‘re doing and doesn’t have the right tools.

(Mickey is meticulously removing piece by piece, placing them all in little compartments, and studying each piece as it comes out.)

Hugh Taylor: Considering you have worked at Omega, how do Rolex movements compare to Omega for you, do you have a preference?

Mickey Nolan: Definitely Rolex. Ha! No. I mean, both brands produce excellent movements. What I like about them compared to most other brands is that they’re relatively straightforward to work on, and they’re reliable, you know. The movements have their differences, but as far as durability and quality goes, it’s a tough one to call.

I really like some of the Omegas actually. Omega have been using their own co-axial escapements since 2007. They made a lot of noise about these escapements having less friction between the parts and needing less servicing as a result. I have to admit, they are real workhorses and they rarely need any parts-replacing. 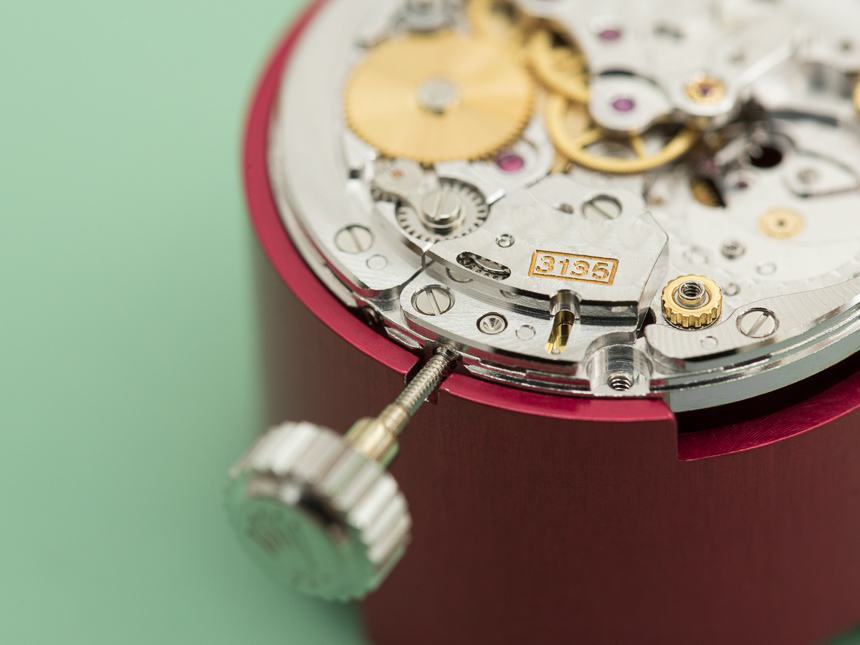 Hugh Taylor: That sounds good. Do you have a favorite movement from either brand?

Mickey Nolan: For me, the best thing Omega have done is the Aqua Terra with the Co-Axial caliber 8508. It’s full of silicon parts and non-ferromagnetic parts, so it doesn’t rely on an anti-magnetic case like the Rolex Milgauss. It’s 15 times more resistant to magnetism than the Milgauss.

I know it sounds fussy, but magnetism is one of the main issues we deal with. People don’t realize how much it affects your watch and how often it happens. These components are made of steel. Take a balance spring, for example. It doesn’t take a strong magnetic field to make those coils attract each other. This shortens the amplitude and speeds up the watch.

People come to me and say, “My watch is not keeping time.” So I usually ask them what they do. There are loads of jobs where people come into contact with machines or appliances that could magnetize the watch: doctors work around x-rays, people that travel through airports a lot going through x-rays, electricians work with electrical appliances with strong magnetic fields, sound engineers around stereos, all these things can affect the watch. Sometimes people tell me they take it off for the night, so I ask them where they put it and they say, “Next to the alarm clock.” Well, that’s got a magnetic field too, and so does your phone.

It doesn’t damage the watch, but it makes it irregular. You even magnetize your tweezers just working on it, that’s why you see watchmakers banging them on the desk, because it knocks out the charge.