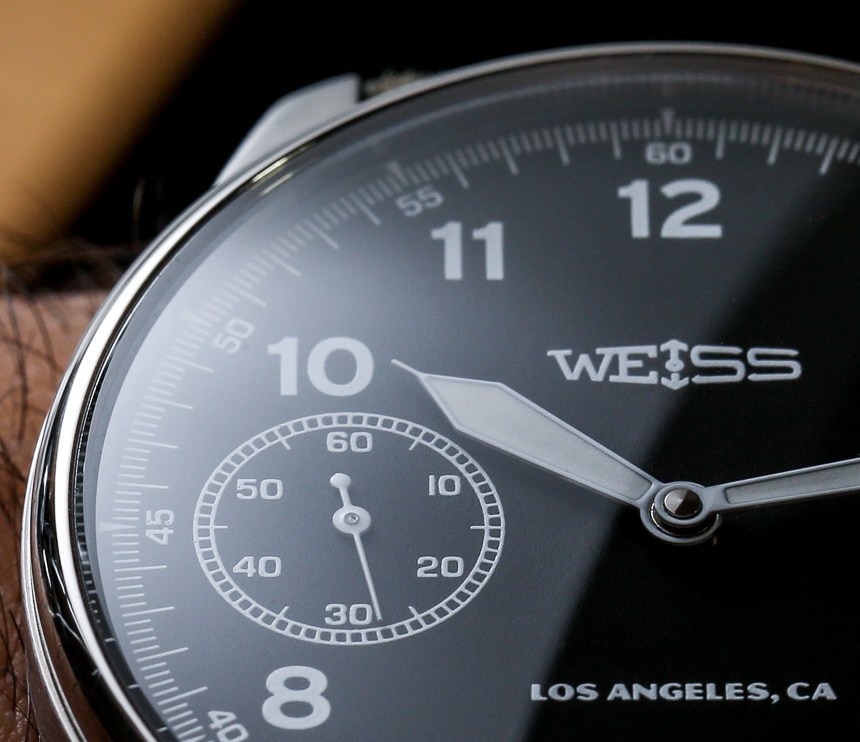 For what it is, the Weiss Standard Issue Field watch is sort of perfect. As a modern look at retro military watches, there is little else with this particular combination of unpretentiousness, boutique brand appeal, detailing, and value for the money. Step back in time a generation or two and something very much like this would have been on the wrist of a GI anywhere in the world. If you are looking for a no-nonsense tool watch without a corporate logo, this is a timepiece to consider.

Perhaps I also have a soft spot for the Weiss Standard Issue Field watch (“Field watch”) because it also says “Los Angeles” on it–the city I was born and raised in. Ironically, Mr. Cameron Weiss, the founder of the brand, is not originally from Los Angeles, though he is a thoroughly American watchmaker who is proud to make watches in America. When asking him about what it feels like to be part of the “new” trend of American-made watches, he doesn’t exactly feel like a revolutionary, but more so seems to enjoy the idea of producing a watch in the market it is meant to be purchased. 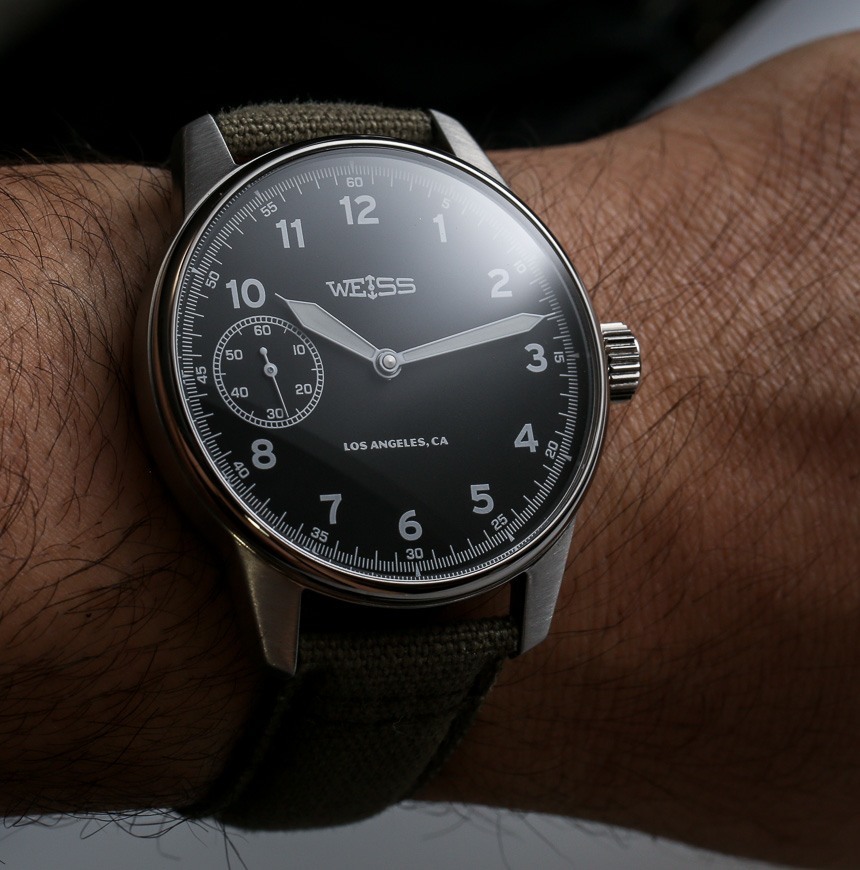 Before starting the Weiss Watch Company Mr. Weiss acted as a watchmaker for various high-end Swiss watch brands. It was a dream of his to begin his own brand, and that is exactly what he has done, building timepieces individually by hand and running the company with his wife here in Los Angeles. The Field watch is his first eponymous product and he wanted to keep it simple to start. While the watch is extremely straight forward in its design, there are numerous small design choices and details that needed to be decided one. Of course, one of the major issues is where the parts were produced.

The movement inside of the watch is Swiss. Aside from RGM, there really isn’t anyone set up to make movements in America. There is nothing wrong with something Swiss in that department, as the Swiss pretty much make the best mass-produced watch movements these days. The case and some other parts are said to be produced in America. While Mr. Weiss went to school here in the United States, it was at the Nicolas G. Hayek watchmaking school where his education began. This Swatch Group funded school is said to offer a more Swiss style of watchmaker education than some  other establishments (not that there are many watchmaking schools left in the US), so Mr. Weiss really does blend American sensibility with the Swiss way of producing and maintaining watches. 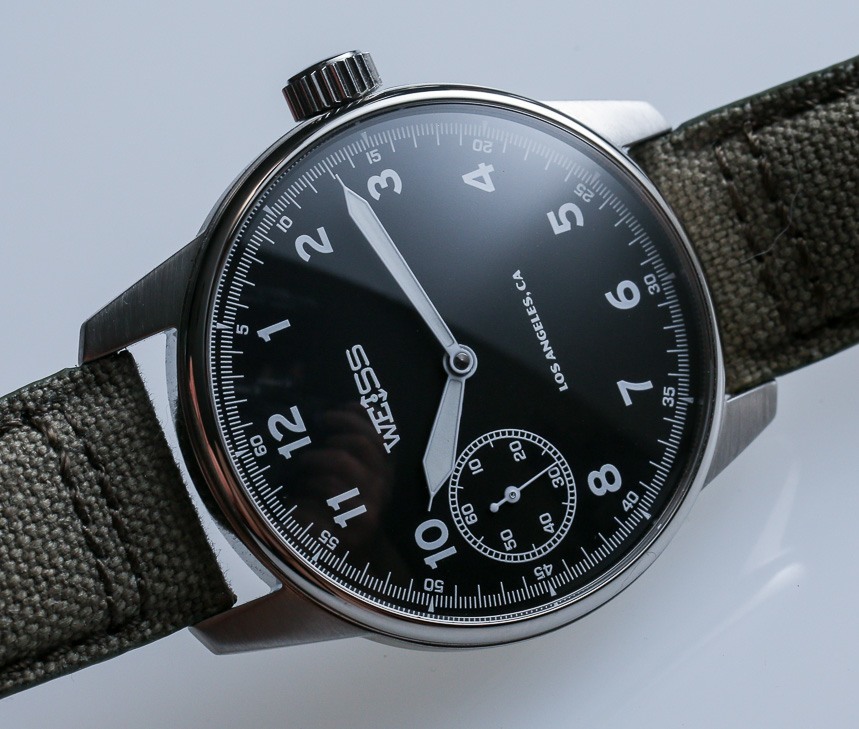 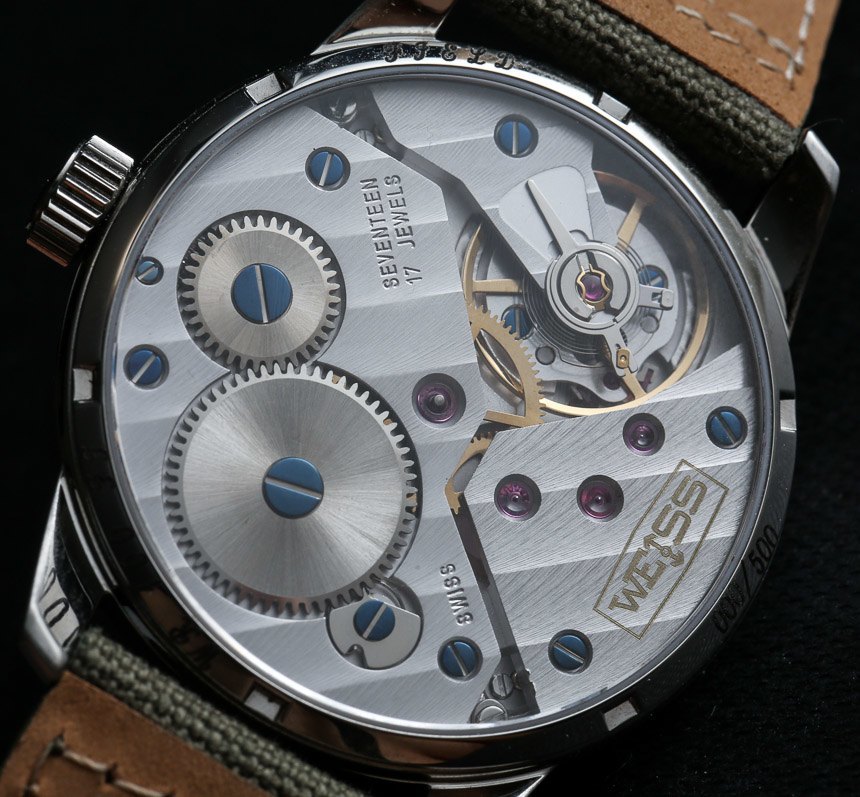 The Field watch comes in just two styles; with a black dial or white dial. Otherwise, customers have just one choice when buying a Weiss Watch Company product, and that makes things pretty simple. The field watch is a welcome 42mm wide on the wrist, in a steel case that has a polished bezel and caseback, with brushed middle section. It is very nice to see such a large sapphire crystal exhibition window on the rear of the watch that offers a view of the decorated Swiss ETA UNITAS 6497 movement. According to Weiss, the base movement is both decorated and assembled here in Los Angeles.

The UNITAS is a rather old mechanism at heart but is hardy and durable–a workhorse if there ever was one. For that reason, ETA still produces them even though it was originally designed as a pocket watch movement. It operates at 2.5 Hz (18,000 bph) and has a power reserve of 46 hours. Manually wound, it offers the time with a subsidiary seconds dial. I can think of no better movement to place inside of a retro field style tool watch. Weiss calls the movement their Caliber 1001. 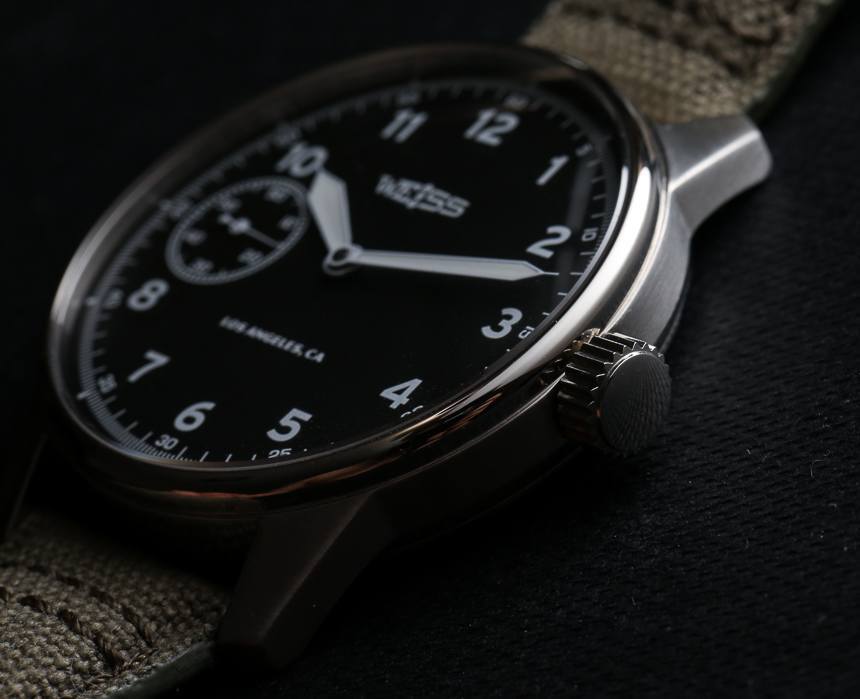