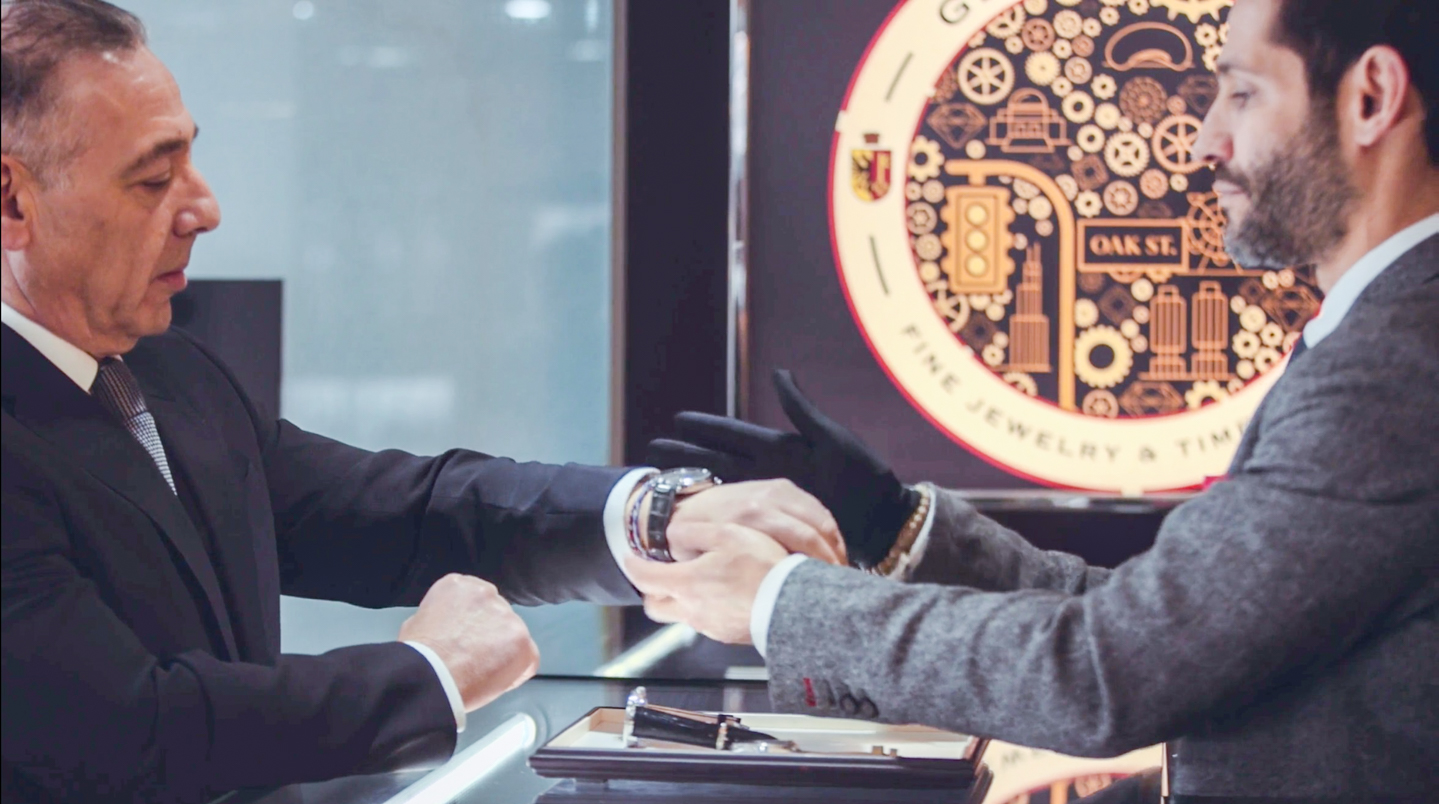 What’s A Watch Retailer To Do? 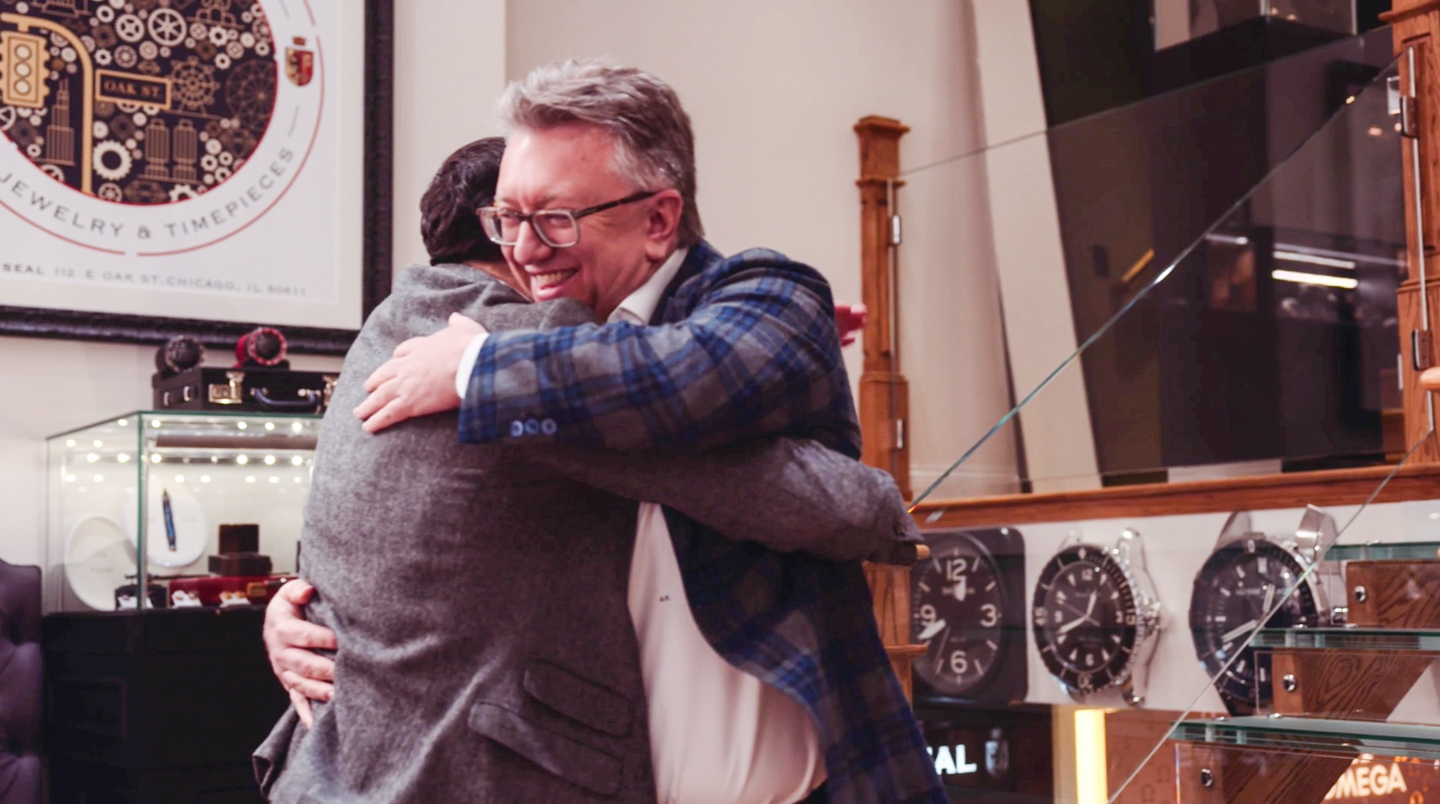 You’re a watch retailer. It seems like everyone’s suddenly into your products and they all want to buy the same pieces — which, coincidentally, you don’t have available.

You have plenty of super cool, high-quality brands in healthy supply, but your customers don’t know about them because those companies don’t have enough of a presence in the marketplace. And, by the way, if you manage to help those less-recognized brands succeed by passionately promoting their products, they’ll likely leave you to go direct-to-consumer.

Are you sure you want to be in this business?

Despite these conundrums, the general answer from watch dealers is a resounding, “Yes.” That’s even with the consistent “no” they repeatedly utter when asked about the possibility of buying the latest hyped watch from them. How does a retailer, especially of the brick-and-mortar variety, stay afloat in today’s crazy world of watch selling? 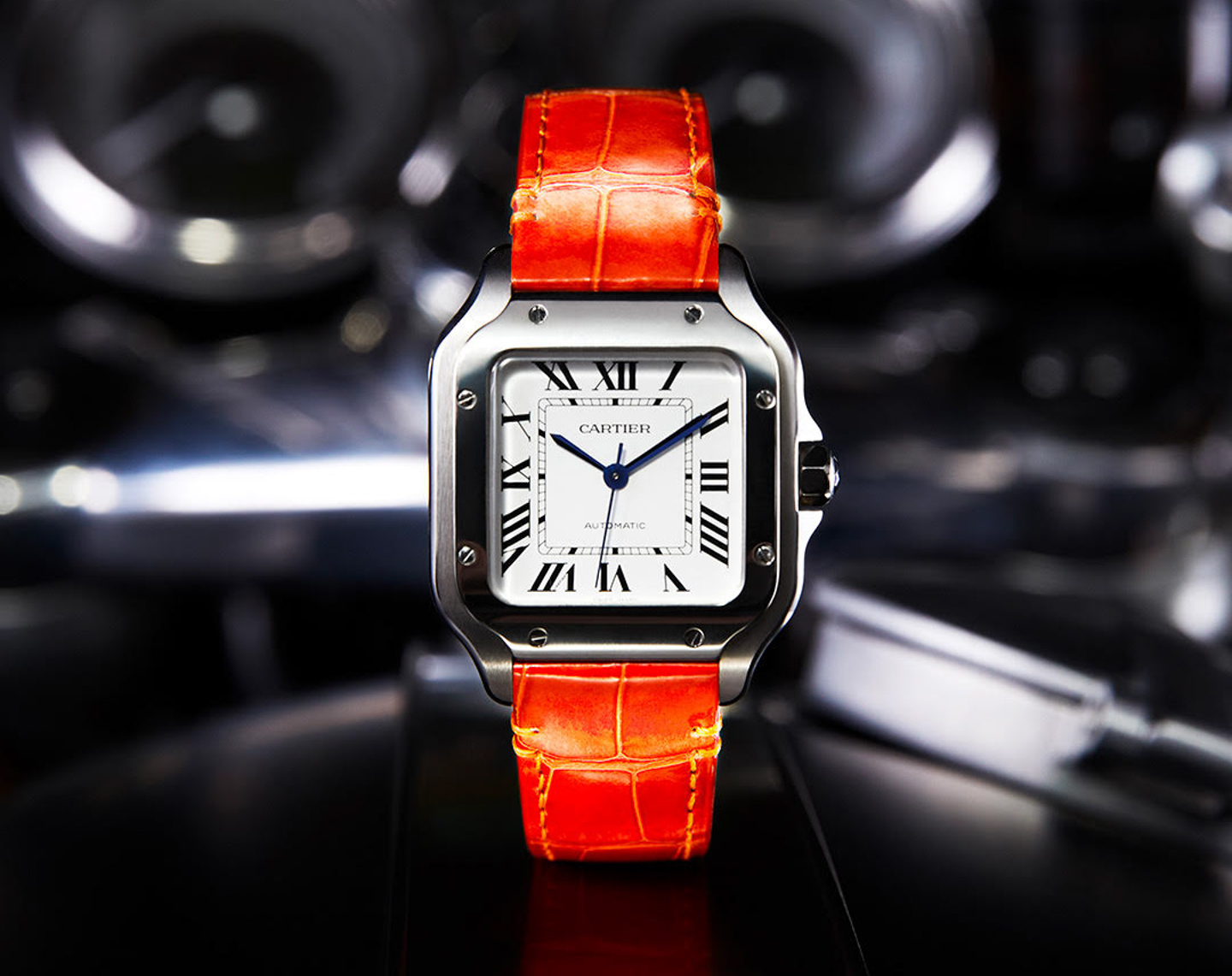 There isn’t a simple answer but rather a combination of strategies being used. Brands such as Rolex and Omega and their mega-sized advertising budgets are ubiquitous, sponsoring major sporting events, filling up highway billboards, and dominating social media feeds with repetitive enticements. While glamorous, these highly publicized supermodels are, in the case of Rolex, largely unobtainable at retail. To combat that, educating customers about a broader range of companies is at the top of the retailers’ list. But perseverance and passion also play a big part in enabling dealers to survive, and even thrive, when some of the most discussed watches are available only in the secondary market at up to triple retail prices.

Leonard Goldberg is the president of Geneva Seal, a Chicago watch and jewelry store in the high-end retail area of the city’s downtown. The company is family-owned and is an authorized dealer for 10 brands, including Omega, Breitling, and Blancpain. It is a re-seller, as well, and that portion of the business has grown substantially in recent years.

More so than in the past, Goldberg says customers are open to learning about brands they don’t know, even if they called or walked through the front door with a specific high-hype model at the top of their list. The store’s strategy of in-person selling boosts its ability to showcase impressive lesser-known brands like Bovet to a passionate customer base. 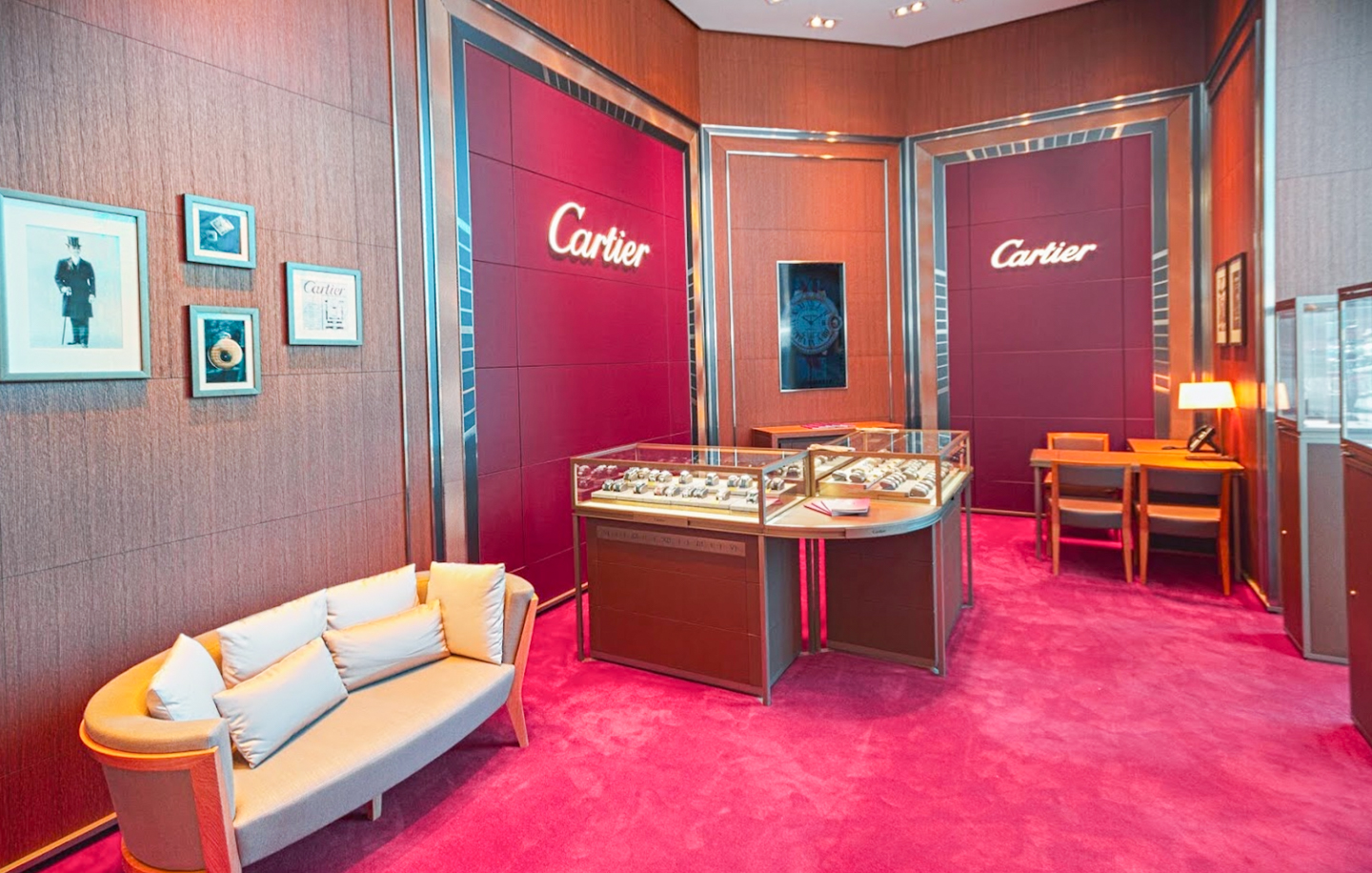 “For us, the strength is in the face-to-face presentation,” Goldberg says. “That’s really where we’ve focused in the last two years when everybody else kind of went the other way and went online. We communicate with the intention of meeting people face-to-face because they’re sick of sitting at home, they want to get out, they want experiences, and it doesn’t have to be a big event. I think with anybody who really likes timepieces, it’s kind of like Watches Anonymous — the more you learn about watches, the deeper and deeper you go. It’s a rabbit hole.”

For Geneva Seal, the pandemic eventually helped inspire a new kind of buyer. At the height of the stay-home period, the $10,000 big-brand pieces became all the rage, no doubt fueled by extra time spent scrolling through Instagram and watching YouTube. It was more difficult to find buyers of high horology pieces in the $30,000-$40,000 range. Once people began going out again, that began to change.

“Now people are coming out and looking at more complicated pieces,” Goldberg notes. “There’s a lot more interest in development and perpetual calendars and new movements. The industry is expanding quite a bit, and the brands are not as narrow as they used to be. 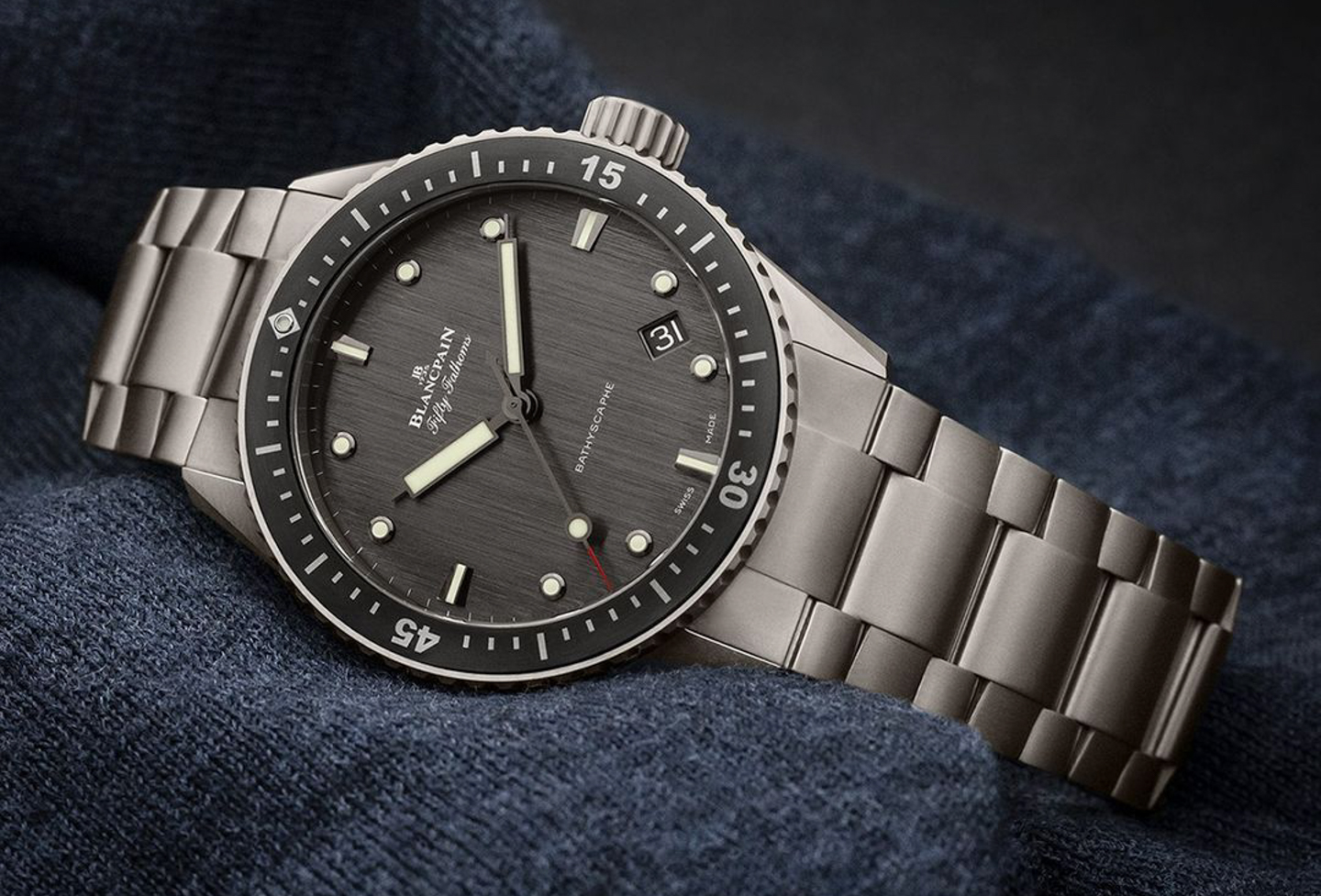 “When we ask a client, ‘Would you be open to something else?’ it doesn’t mean they will get away from the piece they want, but they might just get another piece in the meantime while they’re waiting [for the one they originally wanted].”

Marshall Pierce, another longtime downtown Chicago watch and jewelry retailer, has seen similar value in educating its customer base to a wider stable of luxury brands. Evan Bern is a third-generation family member helping to manage the store, and his watchmaking lineage goes back six generations to ancestral Swedish clockmakers. Marshall Pierce is an authorized retailer for such brands as Cartier, Panerai and Jaeger LeCoultre.

Bern has seen the scarcity of certain brands and pieces turn into a boon for his family’s business. “I was talking to someone from one of the major brands the other day, and he said, ‘Our business was up a ton last year, and it’s really because our core product is available to people.’ Sometimes the lack of product availability from one brand benefits another. If the piece you’re looking for is waitlisted or the secondary market value is huge, sometimes it’s easier to steer [customers] in a different direction.” 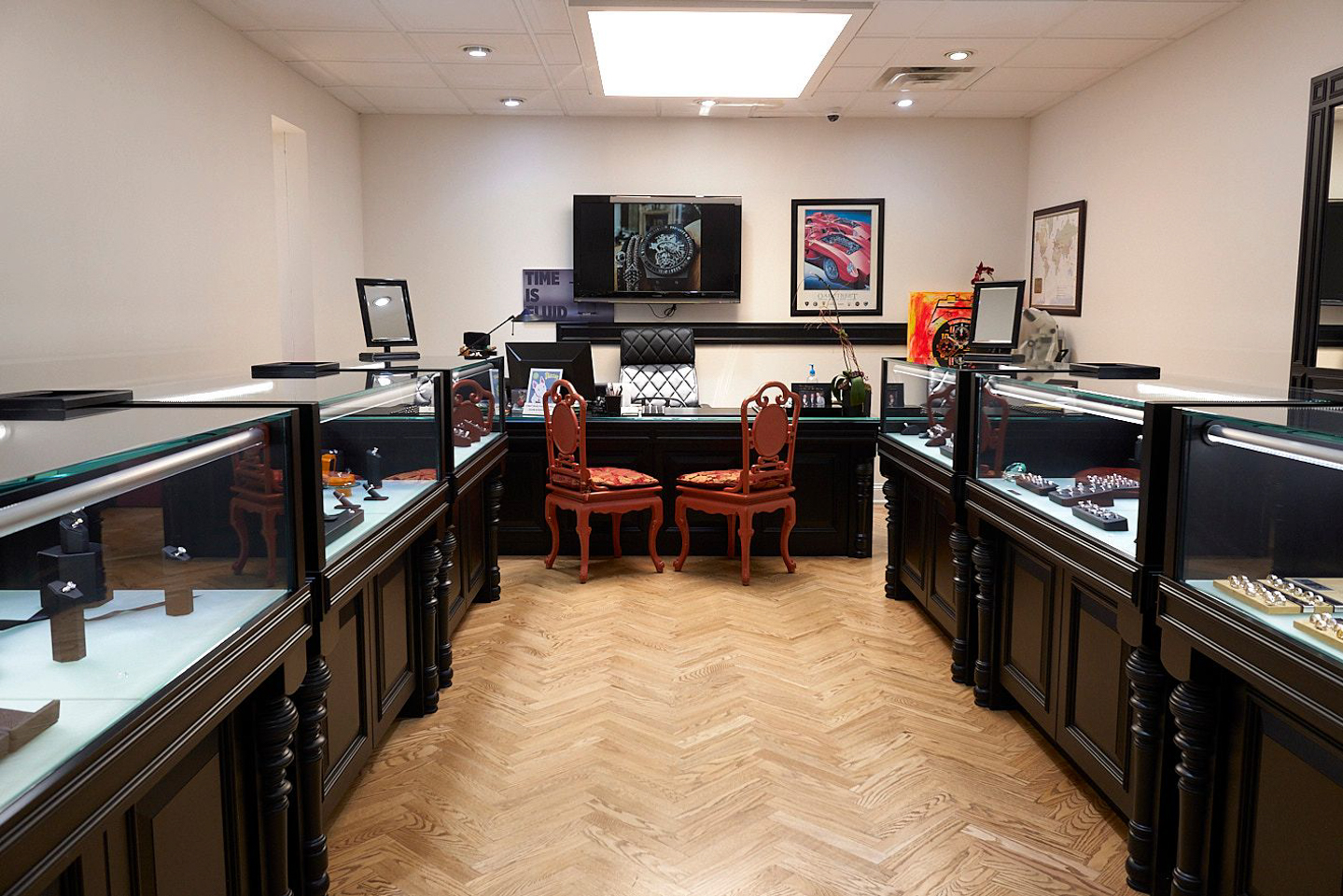 As retailers spend time, effort and money to enlighten their customer base to new and exciting models, there’s a sinister element lurking in the background. The brands seem to develop a long-term love/hate relationship with their authorized dealers. Appropriately for the timekeeping world, retailers describe it as a pendulum effect. Brands get greedy and decide to cut out the middle person to increase profits. Many times, that strategy doesn’t work out as planned, or new managements takes over and wants to make changes, and there’s a subsequent shift back to partnering with retailers. Unfortunately, there’s not much the retailer can do to prevent this from happening.

Though an authorized dealer can prepare for a rainy day by representing a number of brands in their stores, the loss of a big fish is bad news no matter how versatile product offerings may be. As high-value watch popularity has grown, more and more manufacturers see the glint of gold online or at their own boutiques… and apart from their A.D.s.

Bern admits it can be difficult to have a major brand strike out on its own. “It’s disappointing,” he says. “You have a relationship with a brand, you’re passionate about the product. The part that really hurts is when you do a big business with these companies just to the lose the percentage of your revenue like that, overnight. It can be tough.” 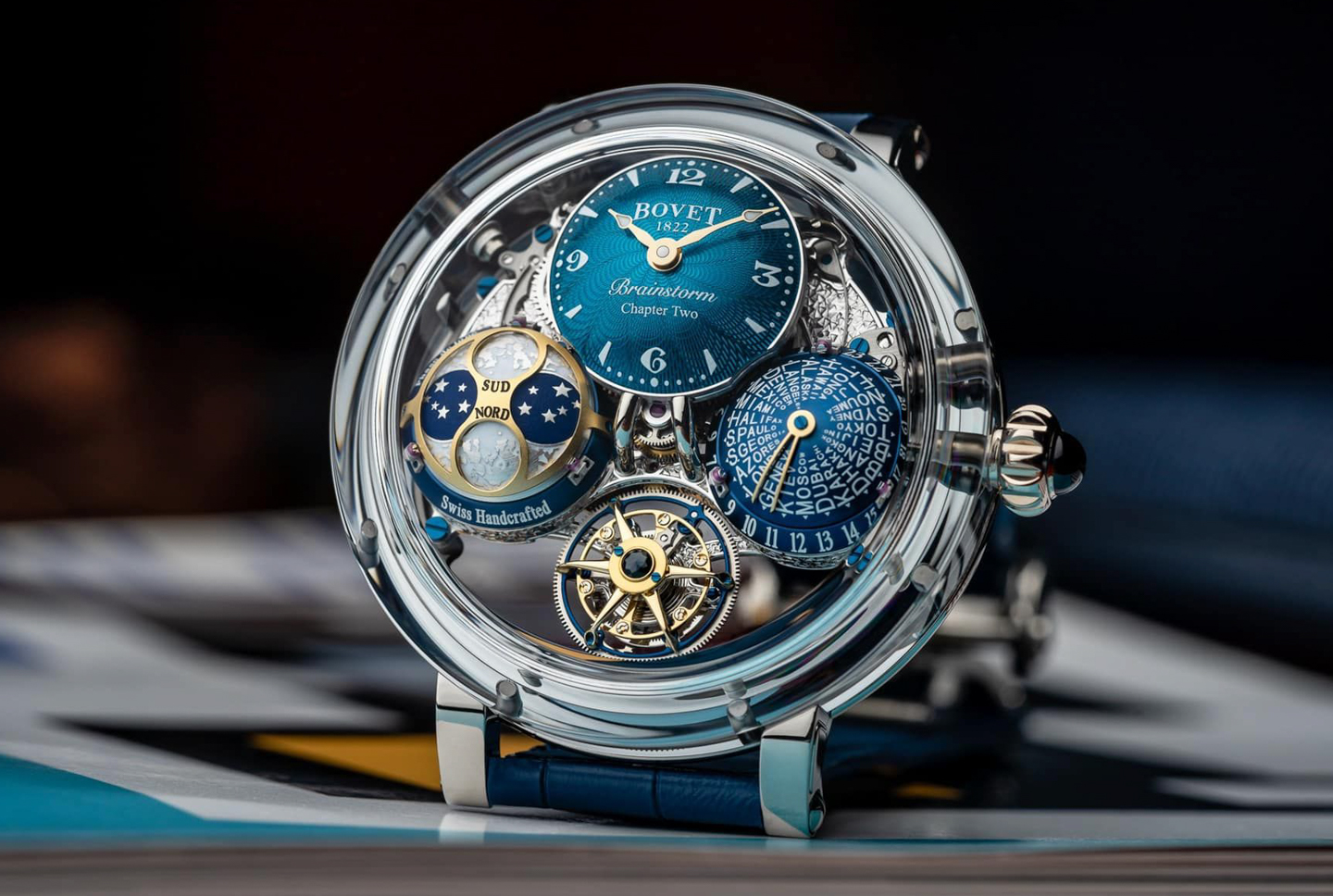 Prior to the relatively recent rebirth of mechanical watches, brands such as Vacheron Constantin and A. Lange & Sohne found it difficult to achieve highly sought-after “it” models at their authorized dealer networks. The thought of a steady stream of watch buyers calling around to see if they could get one was somewhat farcical. As the stainless steel craze has ramped up in recent years, both brands found themselves in unfamiliar territory after a few of their steel models were swept up in the hysteria.

With Lange, the deliberately limited-production Odysseus has become a holy grail, and a recent visit to a brand boutique revealed that a $100,000 spend on other Lange models was the only way to guarantee purchasing one within a year. Vacheron boutiques are the only locations where one can purchase a popular blue-dial Overseas model, again with a large pre-spend on other pieces before being waitlisted.

Independent authorized dealers of these brands are shut out from selling these premium pieces. They are holding on to some of their brands – for now – but don’t have the ability to sell what many customers desire. 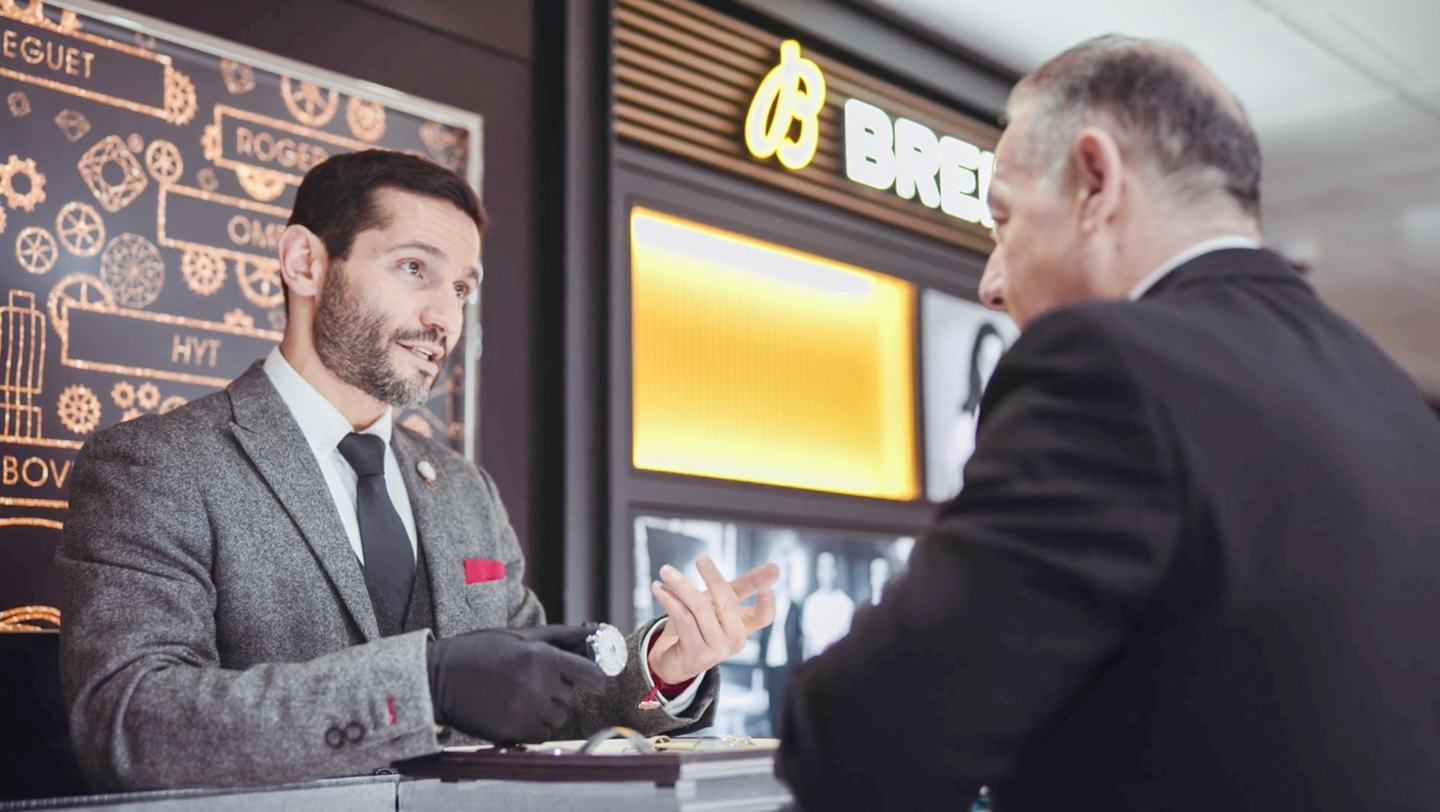 It’s not just the store owners who become frustrated with the push-pull of brands’ whims regarding how they want to sell their products. Shawn McKenney Is a Minneapolis-based sales associate with ties to the watch business for over 40 years. He’s seen the industry move in myriad directions, some easier to digest than others. The more recent trend by major brands looking to possibly switch from authorized dealer partnerships to consumer-direct is troubling.

“It’s something that’s a little disconcerting,” McKenney says. “These brands, without an A.D., they’re not going to sell the same as we do. When you’ve got people like me and others who are passionate about the brand, and we’re talking about these watches, it’s not the same thing as showing online. Because I’m excited about it, and talking about it, it sparks enthusiasm. It’s contagious.”

Geneva Seal’s Goldberg believes it’s a two-way street between brand and retailer. It’s not always the manufacturer who steps away from the partnership; there are occasions when the dealer makes the decision to move on to another brand in the same category. 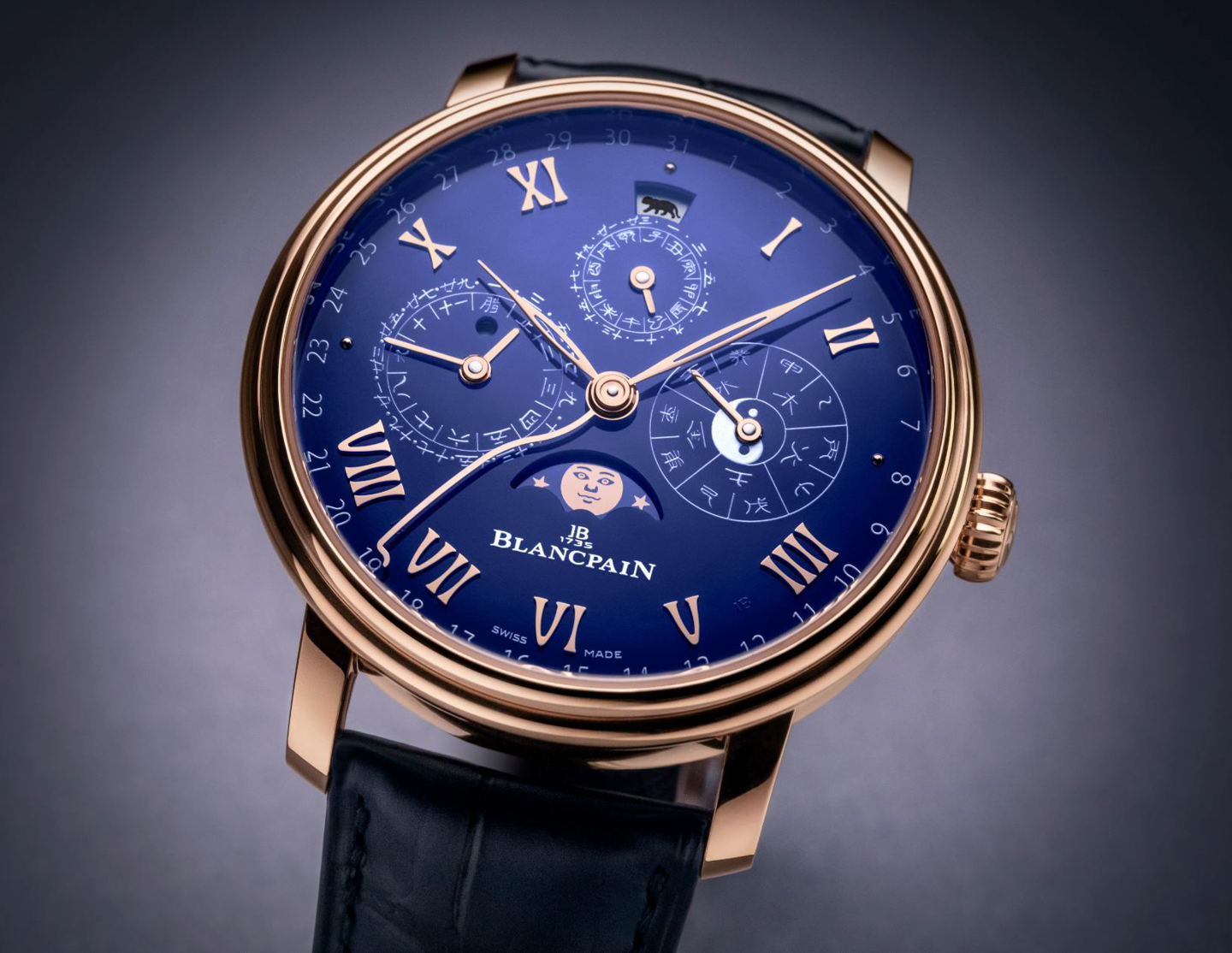 “As you get into a relationship with them and become an authorized dealer, it’s a limited partnership with an understanding that, at any point, they can choose not to be your partner,” Goldberg says. “Can we control that? Not really, to be honest with you. Because most of the independent stores are just too small to go and compete against any big conglomerate brands, and so they have the monopoly on their product because it’s their name and they represent it. You just have to be ready to fill that case with something that you think can be comparable or maybe sometimes better.”

Though brands are in a current cycle of migrating toward their own external boutiques, they frequently offer to partner with local authorized dealers in the venture. After all, watch selling and buying is still some sort of relationship-based equation, no matter where, or how, the sale is consummated. For smaller independent brands, the online, direct-to-consumer model is likely the only way they’ll be able to sell the relatively limited volume of watches they can make. For major brands and the tens of thousands of watches they produce annually, it takes a multi-pronged approach to move that kind of volume.

Yes, retailers fret about popular brands striking out on their own. But does the consumer really care where they buy the watches they want, as long as they’re available? The answer lies as much with perception as it does reality.

As with any limited-availability product that’s highly desired, people still want it and they want to be able to pay retail for it. While one school of consumer thought is that buddying up to an authorized dealer will help them gain access to these pieces, the truth lies in the spend. Whether an authorized dealer implies that more watches purchased will open the door to the hard-to-get model, brands and their boutiques are making the same offer but without the ambiguity of it all. Either way, at this point in time, the watch-buying public is faced with a difficult proposition.

From Goldberg’s perspective, the decision on how to engage with the public is clear. “My position is that this will always be a Geneva Seal store because this is what we are,” he says. “We are Geneva Seal first, and then all the brands second. So whatever happens with any brand, whether they come or whether they go, it does affect us but it will not break us or put us out of business. Because we’ll find a way, we’ll pivot and we’ll figure out how to market in a different way.”