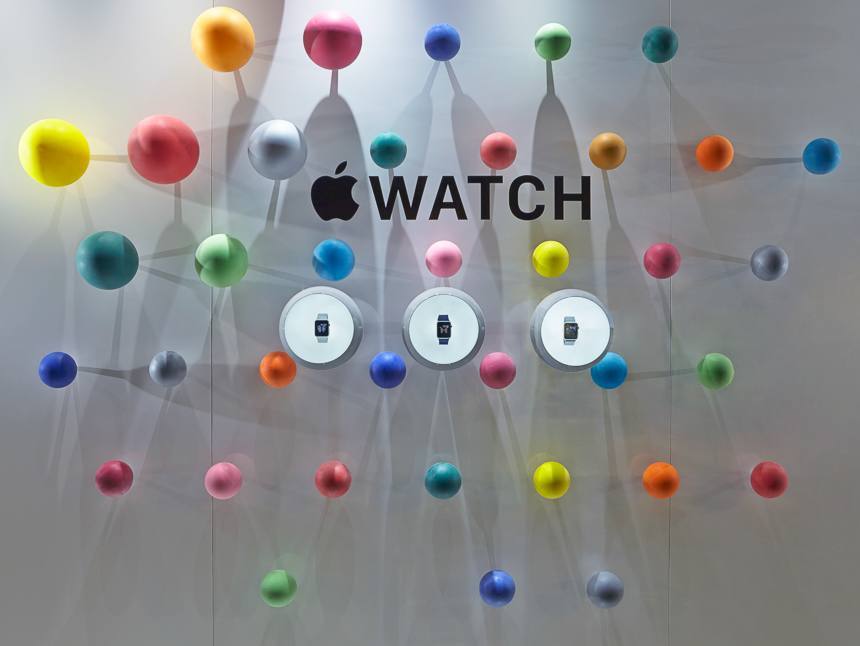 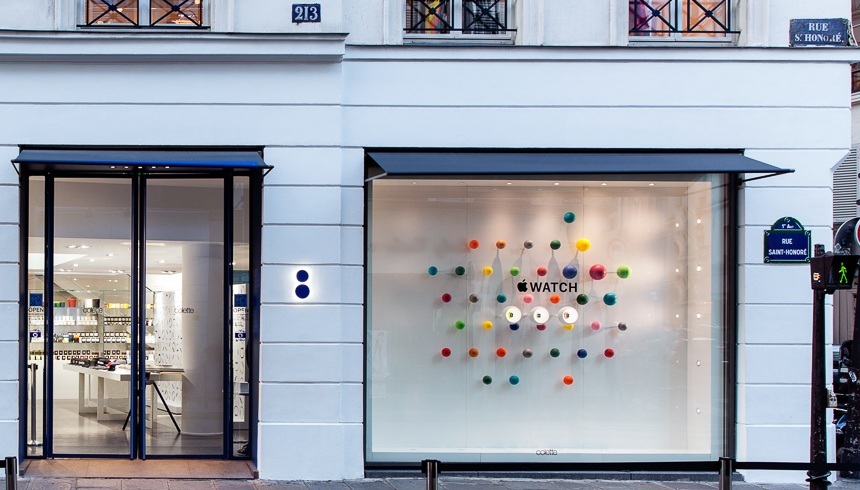 The official announcement of the Apple Watch has answered many of the broader questions about the company’s first, and much anticipated, venture into wearable tech. For an in-depth look at what it will offer, check out our hands-on coverage about the Apple Watch, but for now, let us just say that we know what it will look like, what key functions it will have, and how we will be able to customize it so that it suits our personal style better. With that said, there are many details which are yet to be clarified, one of the more interesting ones being, in what new ways the Apple Watch will be offered for customers, beyond having it displayed in its own stores.

For the very first time since Tim Cook announced it a few weeks ago – and for just one day this week – the Apple Watch was on public display at high-end Parisian concept boutique store, colette. Notably, Apple organized this in an effort to bring the Apple Watch, albeit temporarily, closer to fashionistas attending the Paris Fashion Week. 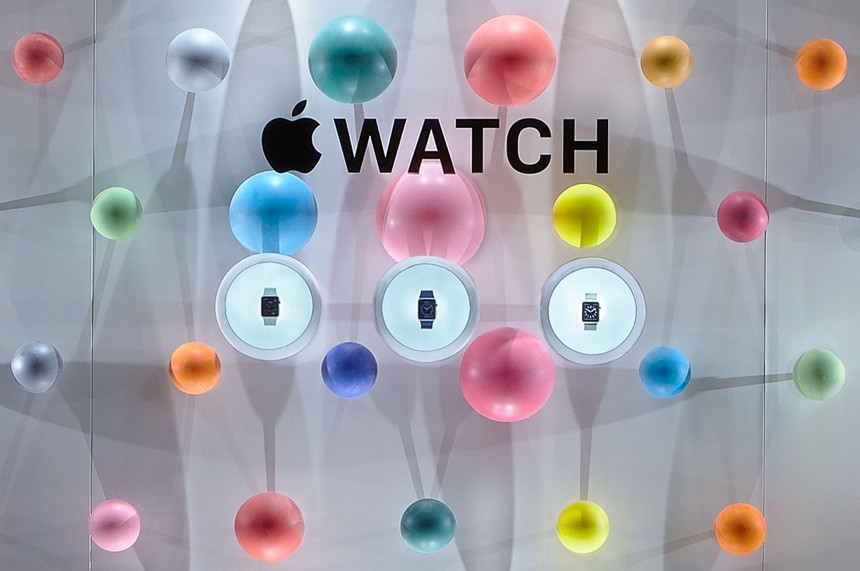 As online publication Quartz reported, the day started early, with a try-on event for fashion VIPs, including the likes of Chanel designer Karl Lagerfeld and Vogue editor Anna Wintour, hosted by Jony Ive, Apple’s head of design, and Marc Newson, its newest high-profile design hire. The reason why this is interesting is two-fold.

For one, Apple shows a rather new and unusual way – for them, at least – to bring their latest product closer to what appears to be a key target demographic: the highly fashion-conscious consumer. While there is an ever-widening range of people relying on Apple products in their everyday lives, the company’s latest and greatest gadgets are arguably most coveted by the more tech-savvy audience of the brand. However, the Apple Watch is a very new product in the company’s life, and it offers relatively new functionality to the absolute majority of potential customers – as we feel safe in saying that the world is not at all accustomed to relying on a smartwatch and its complicated functionality.

Therefore, it makes sense that Apple wants to bring this tiny screen and the world behind it to the attention of a larger demographic that otherwise would not get behind the concept at such an early stage. Early adoption is of key importance, and again, it is key when it comes to a much wider than before range of people. Apparently, Apple finds that it is the design and fashion community that will help the Apple Watch find its way to the mainstream consumer. Somewhat contradicting Apple’s plans, major tech-site The Verge remarked that, while the event was unsurprisingly busy – albeit incomparably smaller than what was seen when it came to the iPhone 6 hitting the stores – the Apple Watch debut in Paris attracted more fanboys than fashionistas. 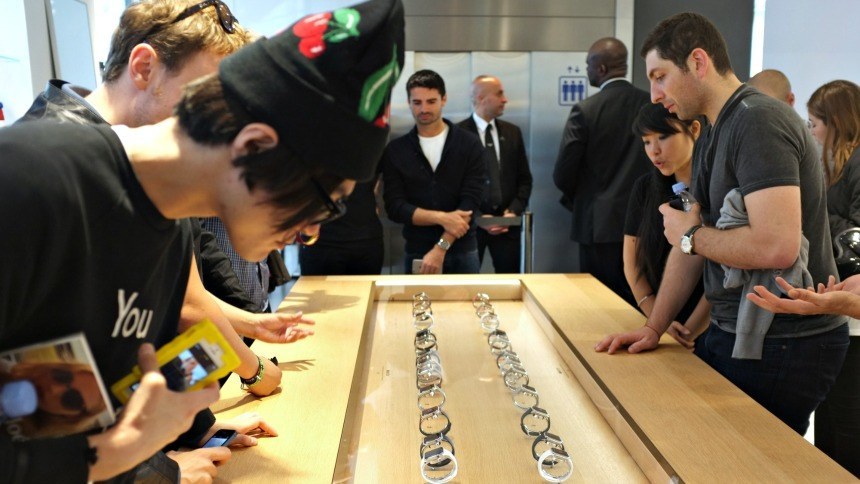 The Apple Watch Was On Display For Just One Day In colette – The Watches Remained Locked Behind Glass Cover. Image Credit: Quartz/Dan Frommer

The second reason Apple’s approach is interesting, is that this surprising display may hint at some new distribution channels for the Cupertino company’s Watch: according to Dan Frommer of Quartz, colette is the sort of high-fashion store that many expect to be a key part of Apple’s retail strategy for the Apple Watch, especially the luxury “Edition” version. The store presently sells sells an unlocked iPhone 6 for €1,500 ($1,895), and fancy jeweled iPhone 5S devices for as much as €3,100 ($3,920). Clearly, colette is not a newcomer to offering high-end Apple products, and such an opportunity implies that this and comparable stores can be expected to carry the Apple Watch.

Such expectations imply that Apple indeed is looking to put the Apple Watch to its full potential and try and reach out to an even wider demographic than the tech-savvy consumer that makes up most of its present audience. The Apple Watch may serve as a key tool in bringing more new people into the Apple “architecture,” as the Apple Watch – with its enhanced and diverse functionality – may prove to be useful in the everyday lives of new customers. In other words, the concept of a smartwatch, a wearable product, may very well be easier to grasp and positively experience than the latest tablet or retina display laptop. 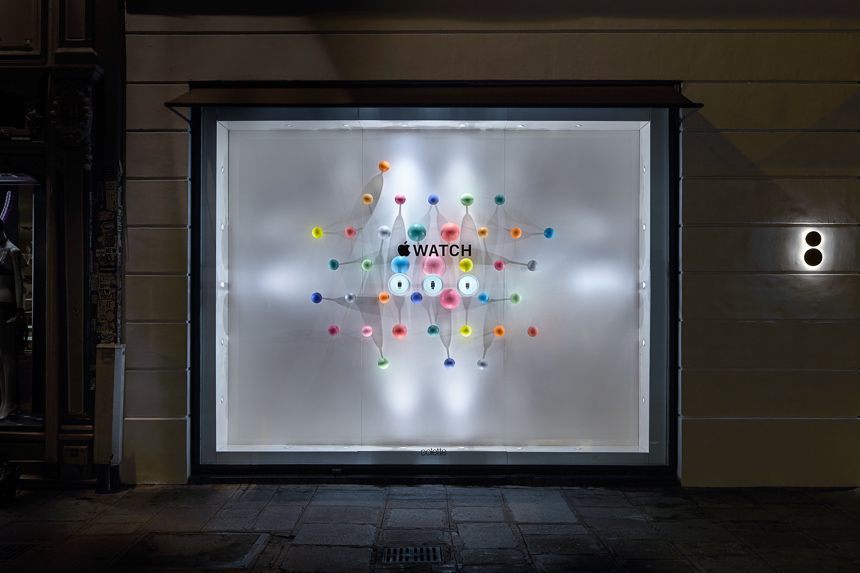 The fact that Apple decided to first offer a public look at its Apple Watch in an upscale fashion-store during the Paris Fashion Week, tells a lot about the plans of the company, when it comes to marketing this product to a larger audience. It is much more about the arguably wider consumer base of fashion-conscious, but not necessarily tech-savvy, consumers than the more nerdy demographic that is already very much aware of the full potential of the Apple Watch.

And while the official date for when the Apple Watch will first hit stores remains unknown, what we do know, is that that date will affect not just Apple’s trademark stores in bare glass and metal, but also high-end fashion boutiques, just like colette. apple.com