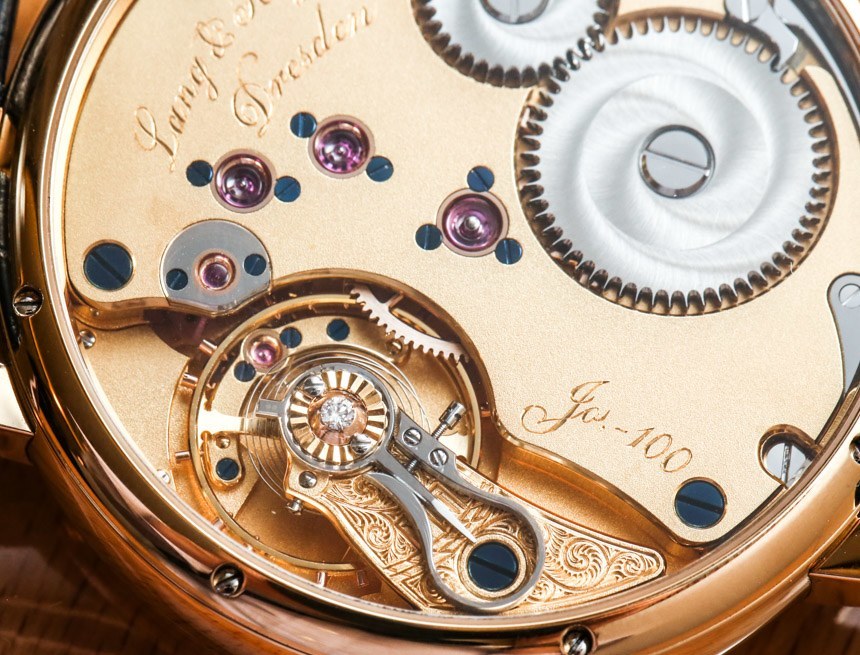 Why Movement Screws At German Lang & Heyne Cost €100 Each 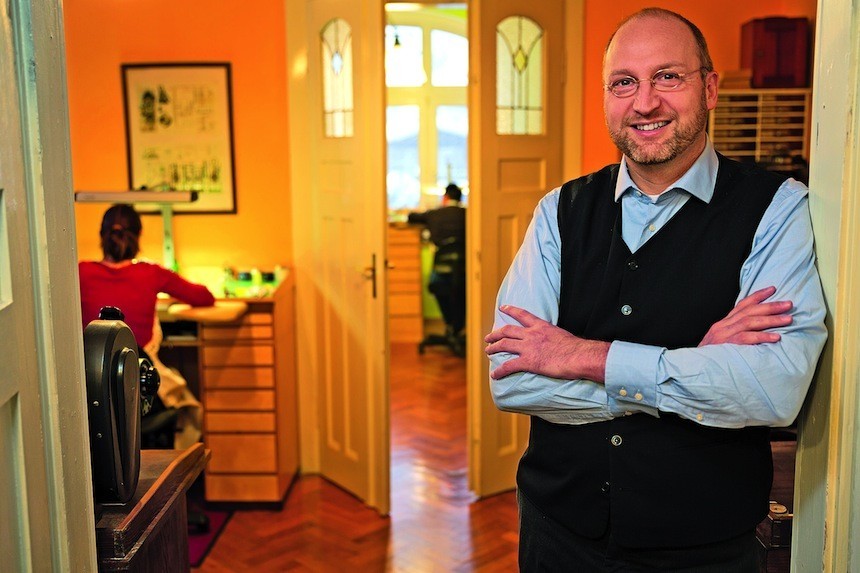 Marco Lang smiles when I call him a “serious watch nerd.” Walking through the cozy manufacture space that is Lang & Heyne, between words in his native German I hear him voice in English “watch nerd” as he proudly repeats my phrase to his various watchmakers who together make up the very special Dresden-based maker of traditional timepieces. Marco Lang points to his watchmaker certificate placed on the wall of his kitchen set among others who make up the multi-generational mosaic of official-looking papers proving that he comes from a long line of like-minded micro-mechanical minds. His favorite is from the early 1920s when a female relative of his was the first woman not only to become a watchmaker in the Lang clan, but also the first female watch maker in the region. 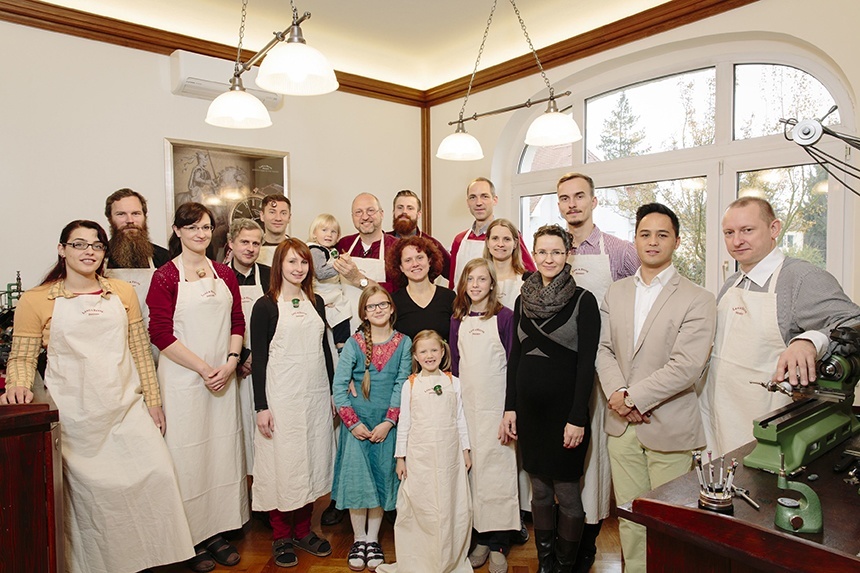 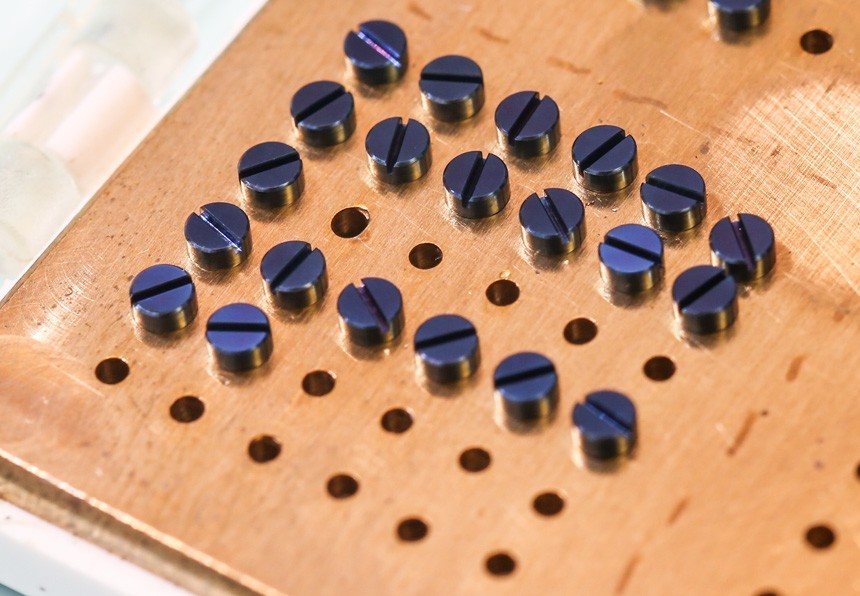 Among the many stories of effort and passionate toil required to make these gorgeous German timepieces, the one that my mind kept coming back to was just how long it takes to produce a single screw. Marco Lang helped start this high-end watch brand after a series of business deals led him to be a major part of starting Dresden-based movement company known as UWD. The company’s goal is to become a sort of “German ETA,” producing in-house-made German movements sold to third-party companies. The UWD’s first major public client is also German-based Sinn who recently announced their 6200 watch with an exclusive movement made for them by UWD here. 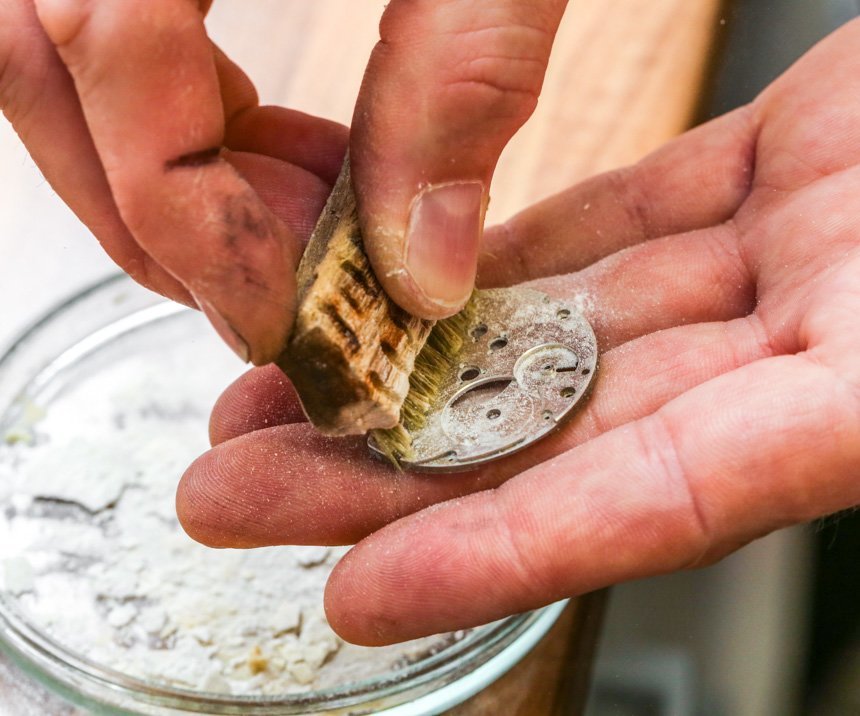 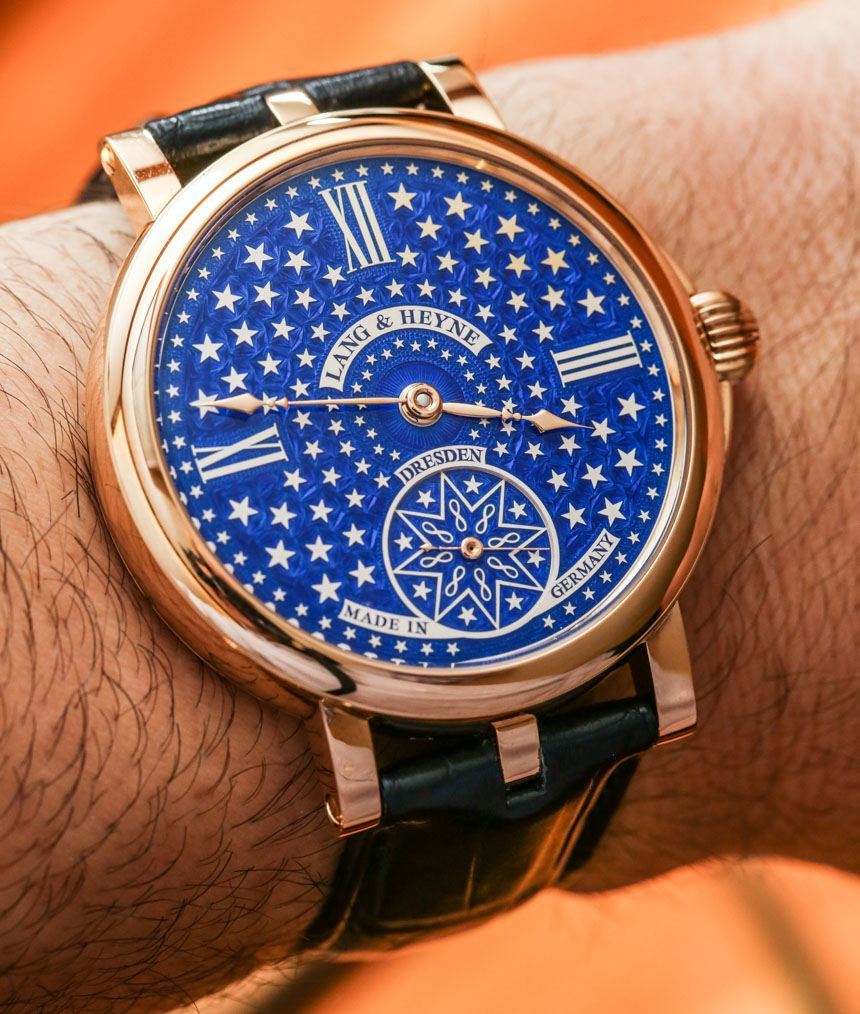 With that piece of important context into the world of Mr. Lang, I return to his own passion project where he and others utterly obsessed with watchmaking techniques put together some of the most fantastically detailed modern classic timepieces around. Competitors might be companies such as Urban Jürgensen or Kari Voutilainen, even though the three produce very different types of timepieces. With that said, each of these three companies is about keeping the magic of traditional watches alive, with a distinctly “non Swiss attitude” that hits right in the center of the bullseye which is that sweet spot of value, design, and effort that many high-end collectors are looking for. 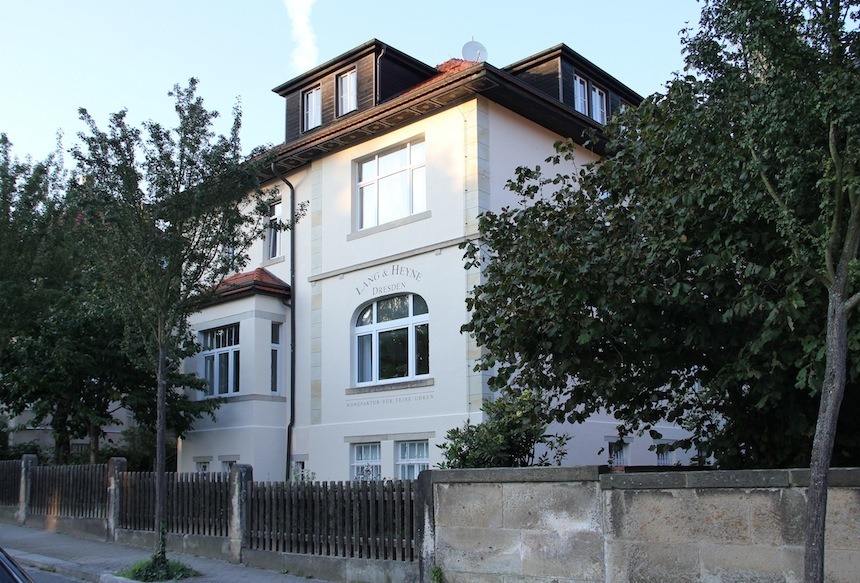 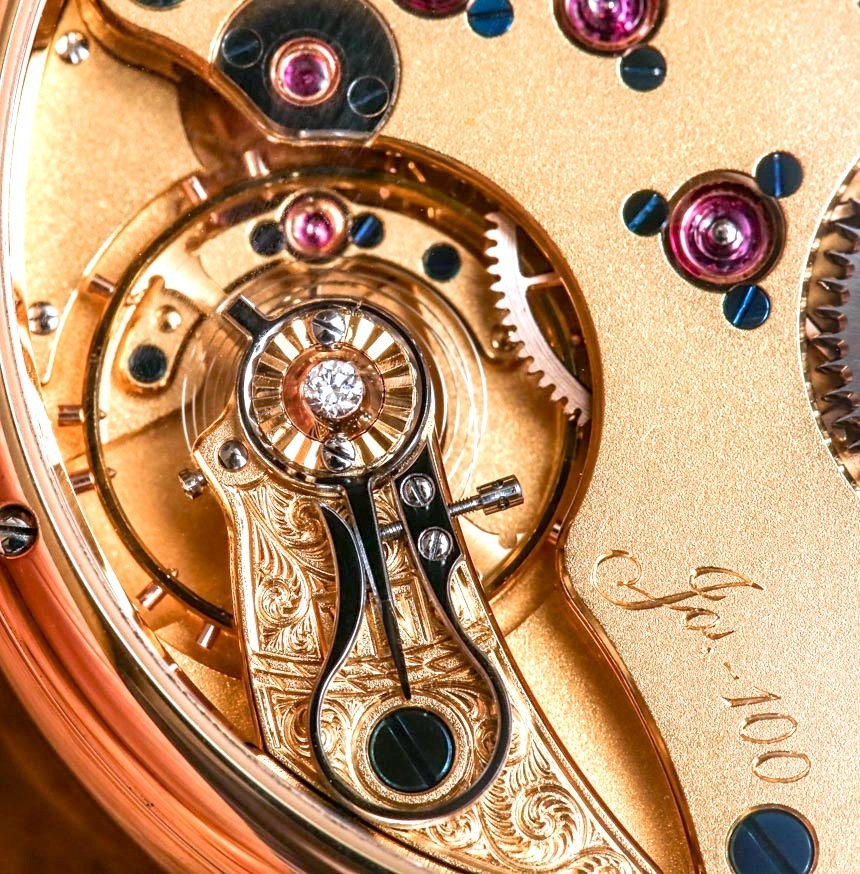 What Marco Lang has in good watch taste he probably lacks in people skills. Clearly more comfortable at the bench and in the manufacture being part of timepiece production than communicating about his work, such personality traits along with a serious attention to detail will no doubt keep Lang & Heyne a secret treat of the most informed clientele willing to understand the extreme attention to detail (and long order waiting list) the still-new company brings to the busy table of available high-end timepieces. 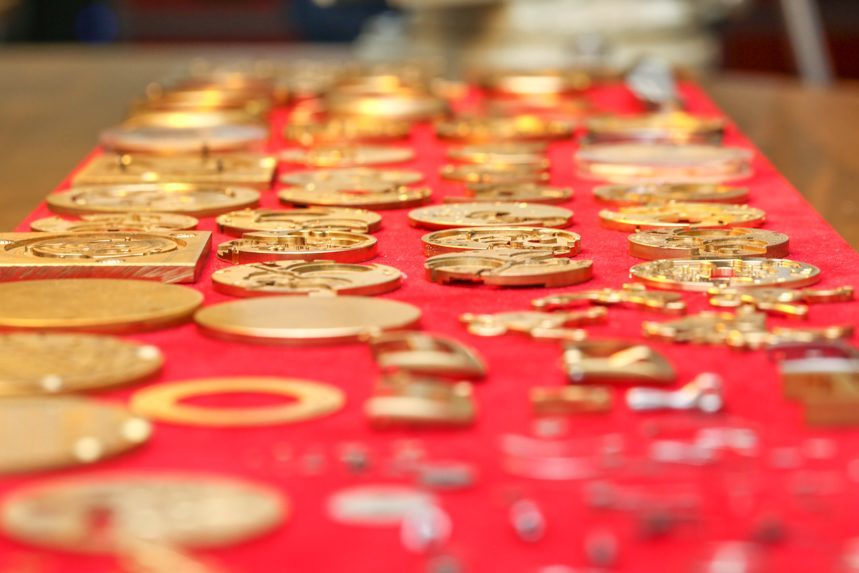 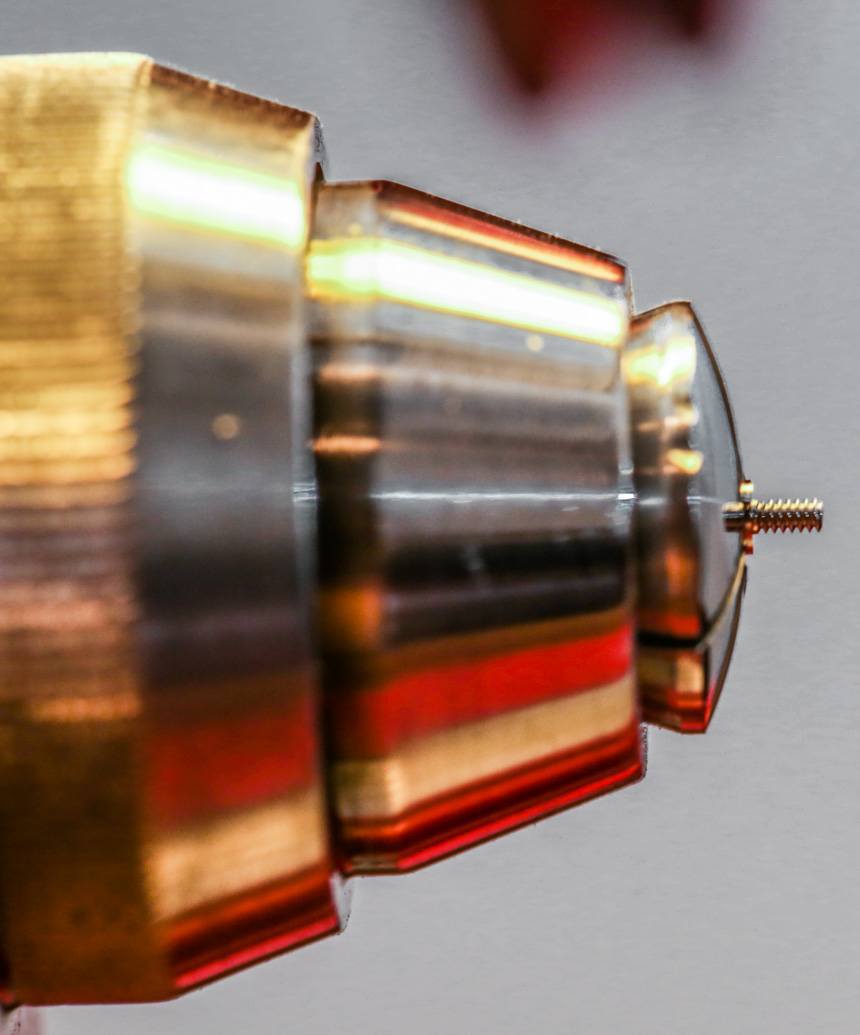 If I can arouse your interest in Lang & Heyne watches it just might be with a story of how long it takes (and how much money it costs) to produce just one single screw. Lang & Heyne’s colleague in the area with the most direct comparable German-style watches is of course Glashutte-based A. Lange & Söhne. I don’t know if the massively respected Richemont-owned monarch of luxury German watchmaking sees Lang & Heyne as much as a competitor as a viable colleague. Lang & Heyne only produces about 50 watches per year, and their ultimate goal is only about 200. Still not a lot? If you learn how long it takes for them to make movements (let alone a screw), you’ll understand why 200 is an ambitious volume for their incredibly dedicated team. 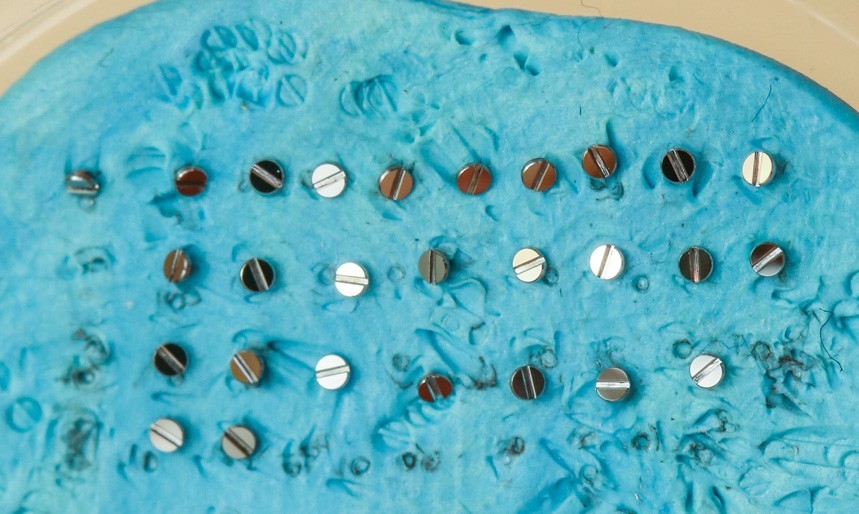 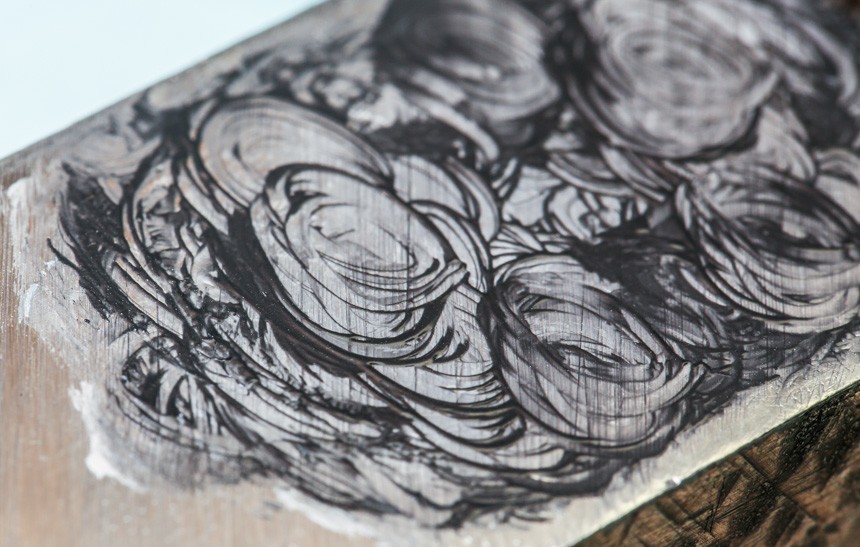 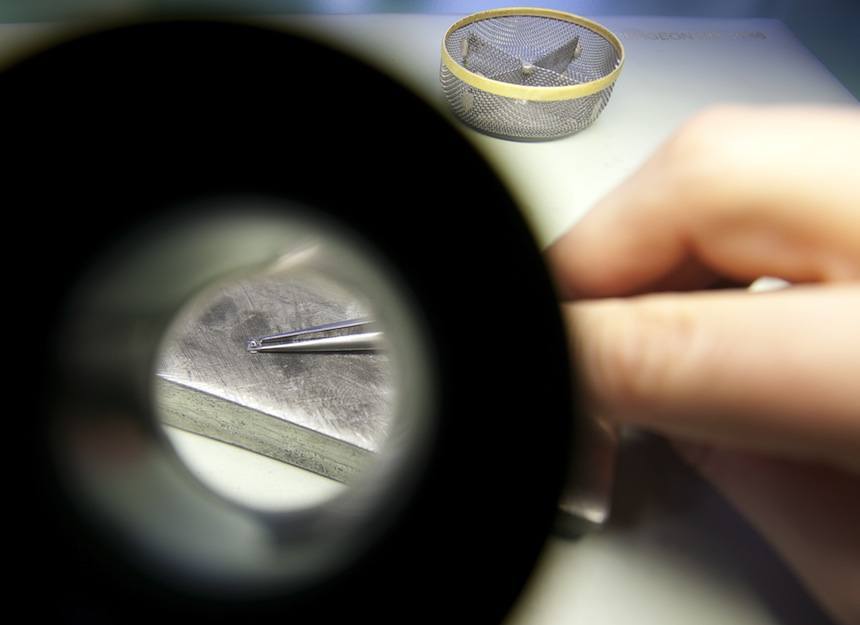 I’m watching a young watchmaker pull something across a piece of tin. Yes, the old “can metal” is apparently the ideal base when topped with a thin layer of diamond paste to “black polish” the tips of screws. A single screw is swiped and pulled across the surface of the tin rod with loving care as I’m staring at a small dish with shiny pieces of metal stuck into blue gummy material that you’ll find at almost any watchmaker’s desk. Bound in the blue “scratch-free zone” of the putty are a series of finished screws which have each been carefully finished. 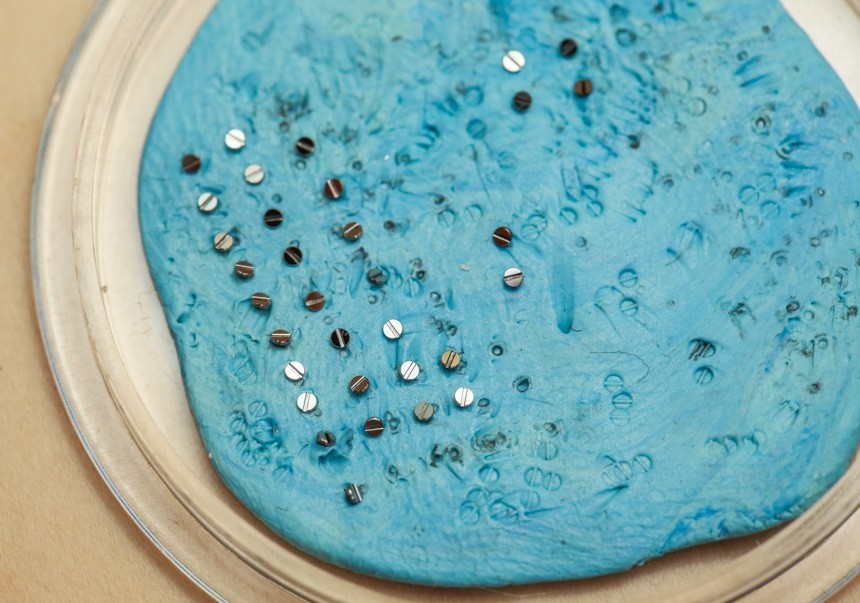 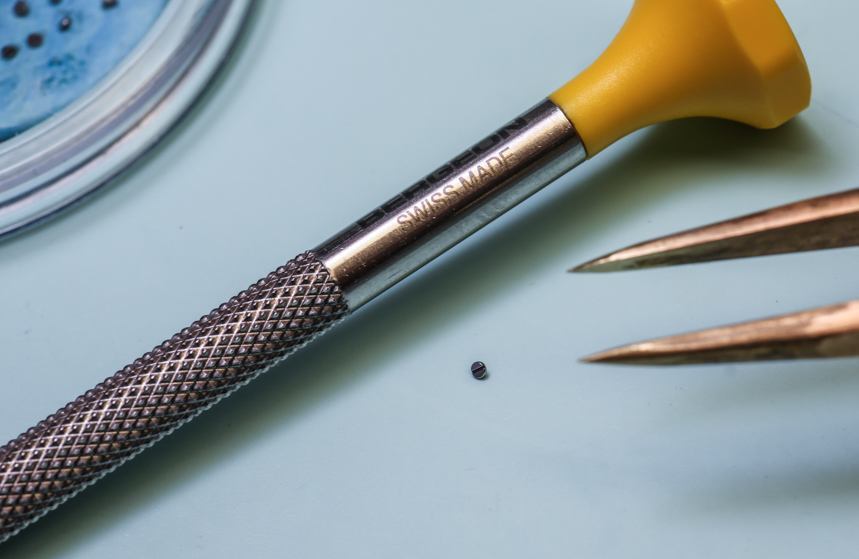 How long does it take to finally see to the precise shape and surfacing of a “complete screw?” About 40 minutes, according to Marco Lang in a very matter-of-fact manner. That isn’t production or quality control, but rather just the polishing. The end result looks fantastic, and people who aren’t familiar with the true value of fine watch movement finishing could easily skip over little things like screws assuming some fancy high-tech machine pops them out like factory widgets. The truth is that when you invest in a serious hand-finished watch (especially from the Germans), even the screws are given attention akin to that of an overprotective parent. Then again, if you are paying luxury prices for a traditional timepiece you want everyone handling it to act like an overprotective parent. 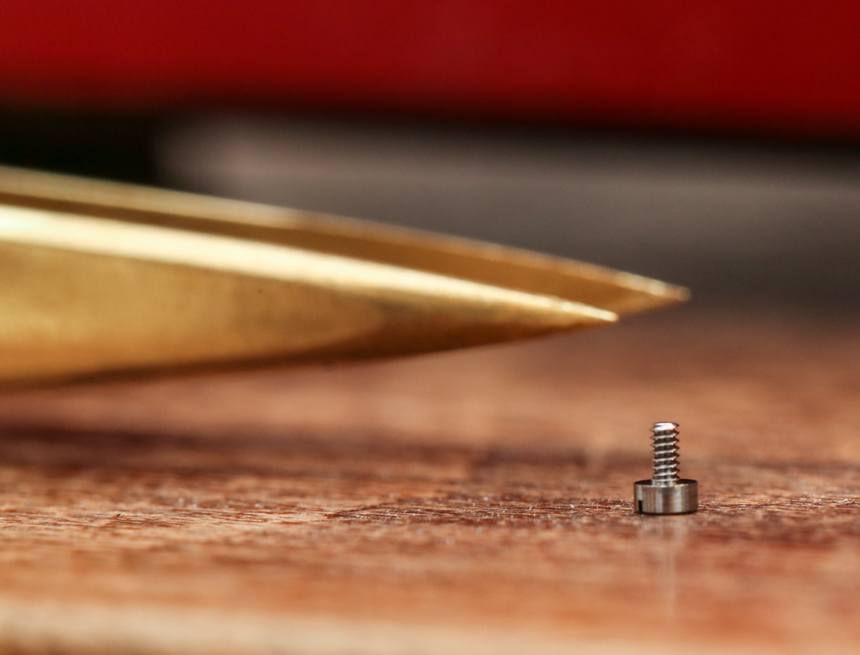 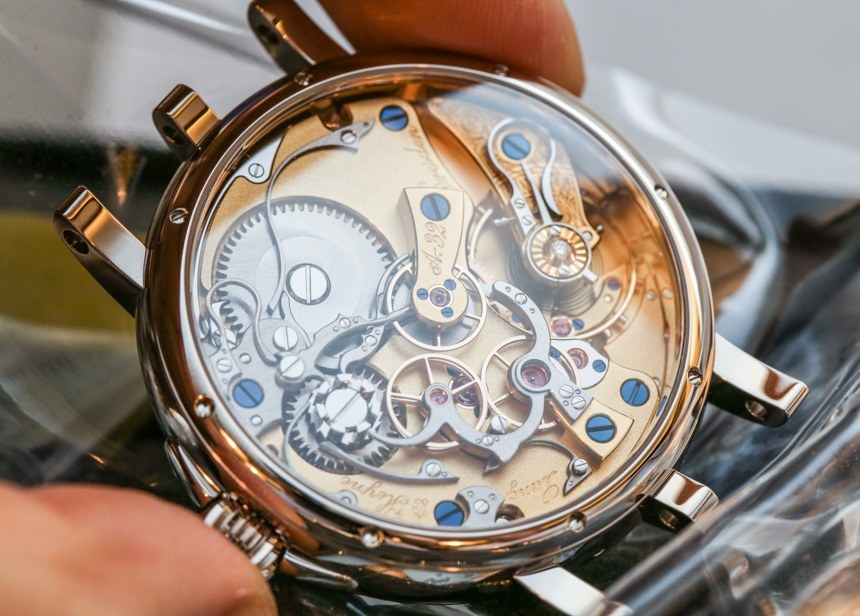 Forty minutes of skilled watchmaker time is required to apply the correct flat mirror polish on a few screw surfaces. These small yet incredibly necessary parts begin as a specially-ordered steel alloy that is then actually CNC machine-cut to produce the “raw” shape of each new screw. Just the materials and production cost per screw prior to any finishing at all costs Lang & Heyne about one euro each. These are produced at UWD, actually – which also currently serves as a “sister company” to Lang & Heyne. One-euro screws are then transformed by first a quality control check and then careful flat and angled polishing. Lang & Heyne produces a few screw sizes in-house and some of them are then flame-blued for additional color and aesthetic design.