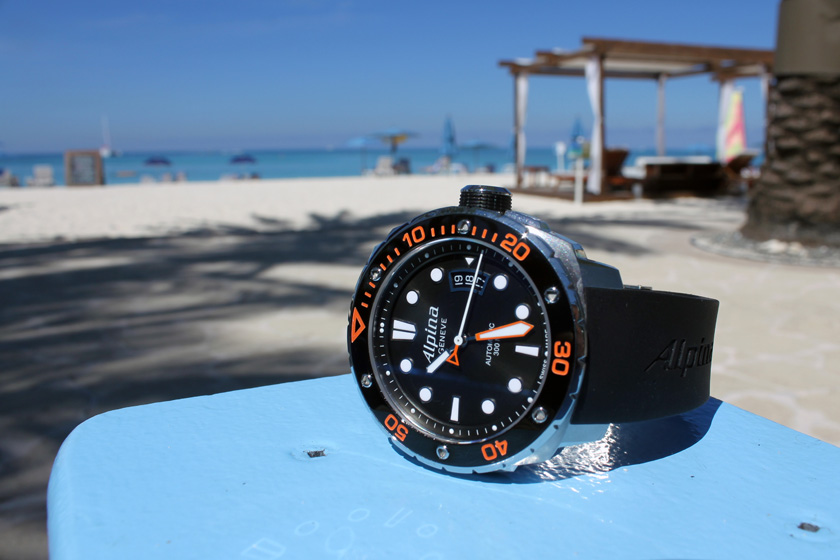 Alpina recently held an event on the island of Grand Cayman in honor of their 130th anniversary. This event, held at The Mansion at Camana Bay, was a celebration of all things Alpina. On hand for the event was CEO Guido Benedini, president of Alpina Frederique Constant Americas Ralph Simons, Frederique Constant Caribbean manager Michael Stauber, and Alpina brand ambassador William “Billy” Baldwin. The evening focused on Alpina’s history and future as well as a general love of timepieces. 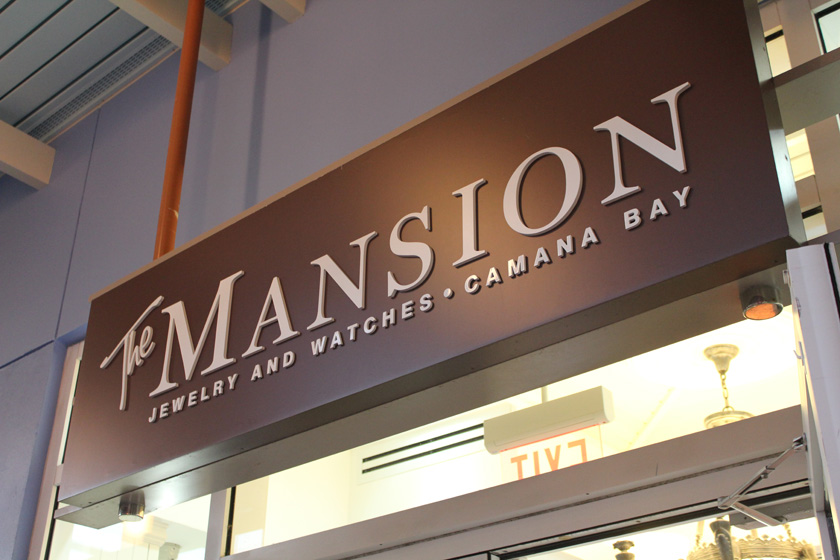 Alpina has been featured on aBlogtoWatch primarily relating to their Extreme Diver line but not too much has been said about Alpina’s long history. It isn’t uncommon for brand names to be snatched up in a post quartz-crisis world for the purpose of selling inferior products at a premium based on name alone. This is the exact opposite of the path Alpina pursues. They seek to pick up the torch of the fallen brand and continue on into the future. Think of Alpina as a continuation under new management. That history started in 1883 when a man named Gottlieb Hauser founded the company.

Things went well for Alpina up until the 1970’s when the entire Swiss watch industry was crushed by the advent of quartz watches. Alpina remained independent but faded away during this time as a result. It wasn’t until 2002 when Peter Stas, of Frederique Constant fame, rediscovered and acquired the brand. Stas sought to do with the sport watch segment with Alpina, what he has done on the dressier side with Frederique Constant, which is to offer affordable luxury. Stas remained at the helm of both companies until this year when industry veteran Guido Benedini was tapped to take over as CEO of Alpina. 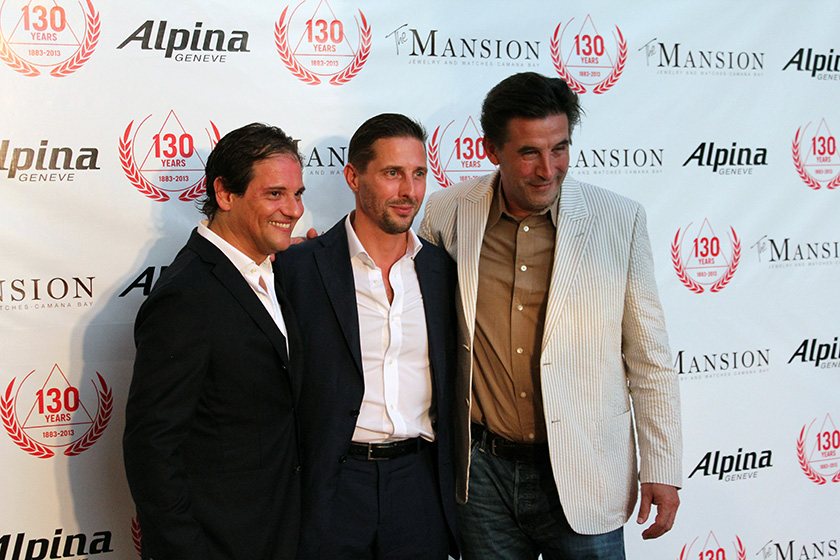 The event also served as a great opportunity to get a closer look at a number of Alpina’s newest offerings. Of particular interest was their Heritage Pilot models. The Heritage Pilot MKII is a re-creation of the brand’s pilot watch from 1926. This classic-styled, 50mm piece features a hand-wound movement visible through a display back protected by a beautifully engraved hunter case as well as applied indices and Arabic hour markers. It is limited to just 1883 pieces in honor of the year Alpina was founded. 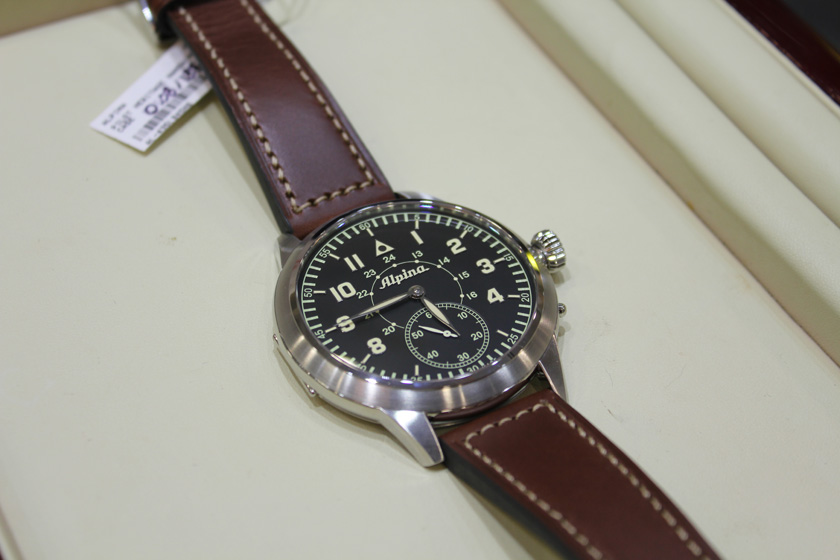 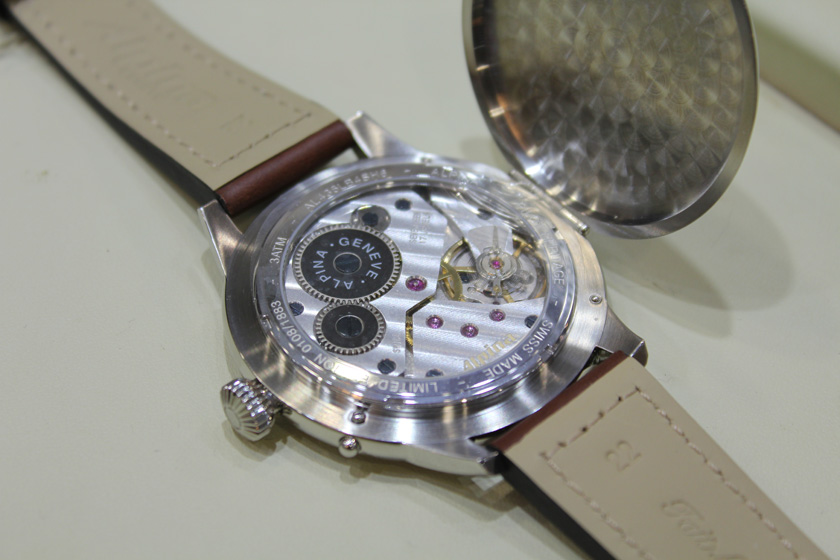 The similarly named Alpina 130 Heritage Pilot Automatic Chronograph is one seen on a lot of press material lately. This 41.5mm bi-compax chronograph is available in both gold and stainless steel. The vintage dial might seem a bit asynchronous when the watch is flipped over to observe the movement and modern-looking Alpina rotor. The watch works well as a whole so I’m willing to give that a pass. 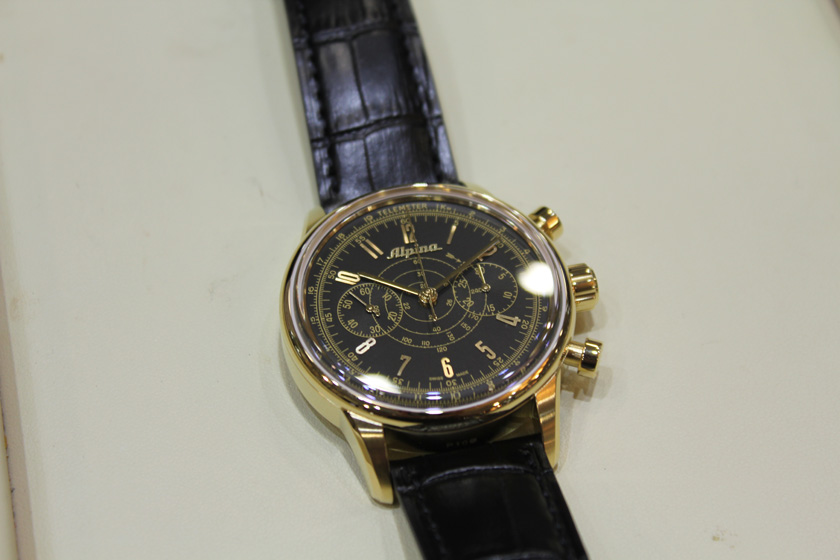 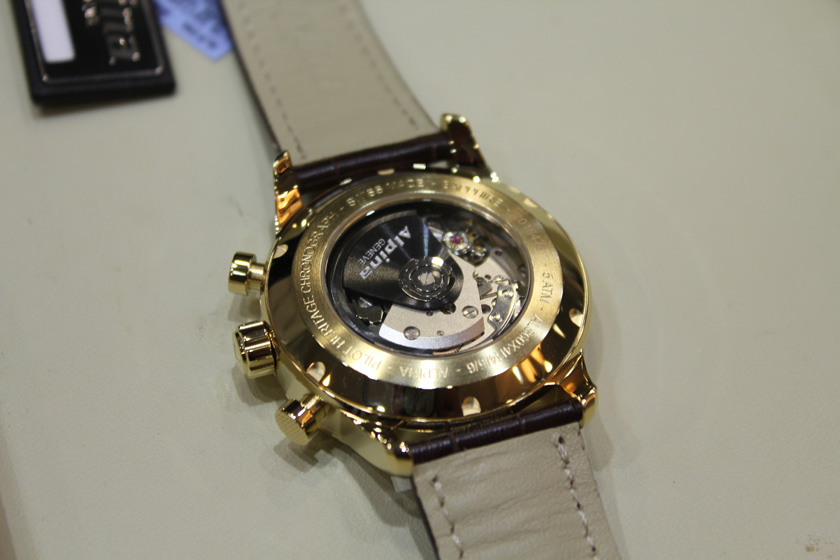 Alpina’s sister brand, Frederique Constant was also represented (to a lesser degree).  A number of their new tourbillon pieces were on hand, including this rose gold example. Despite some debate as to the benefit of a tourbillon escapement in modern wristwatches, they have become a rite of passage of sorts for brands in recent years. Frederique Constant’s offering is one of the most affordable Swiss-made tourbillons.