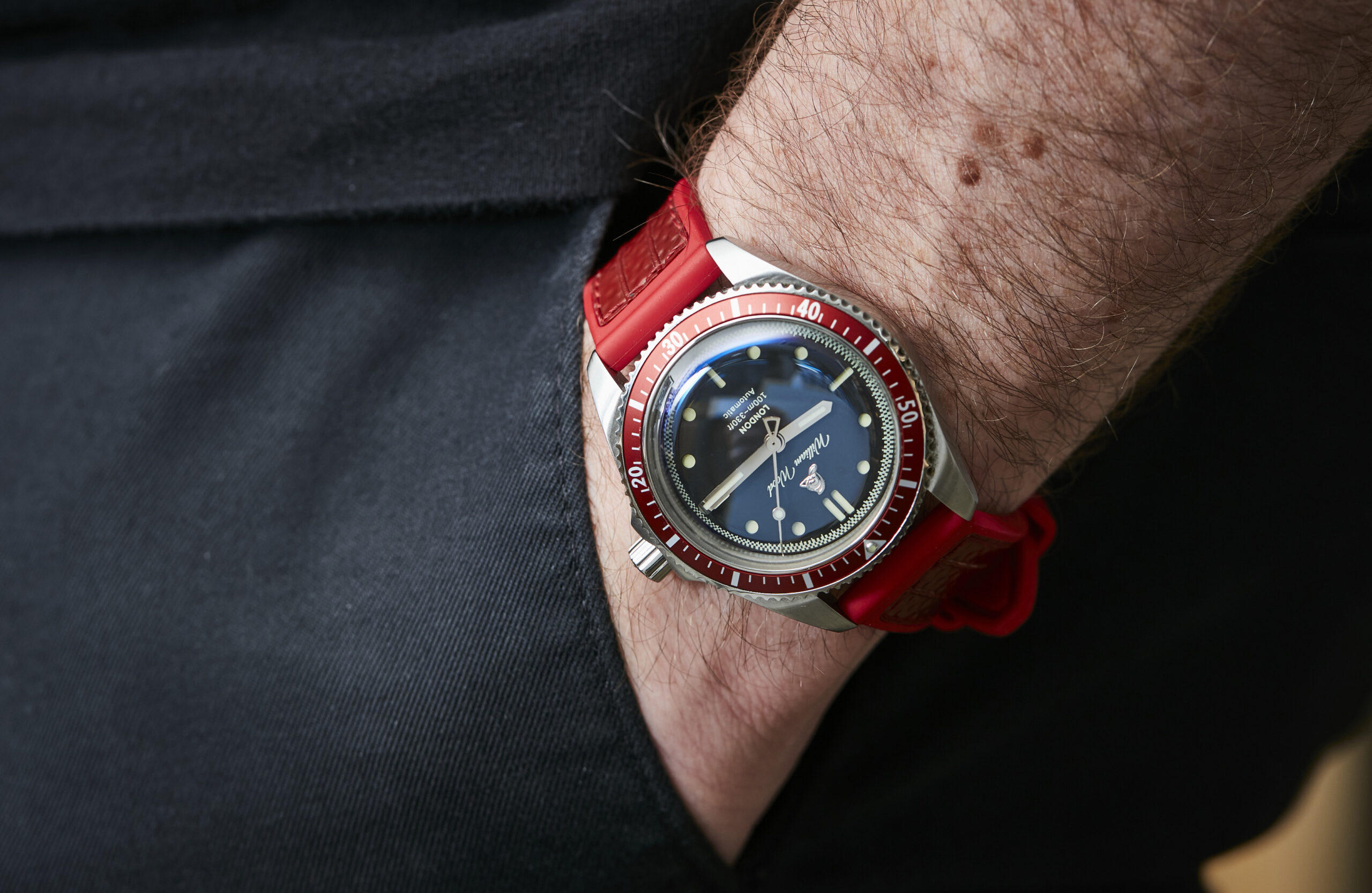 2 Comments
by SponsoredPost
Sponsored post presented on aBlogtoWatch for advertiser 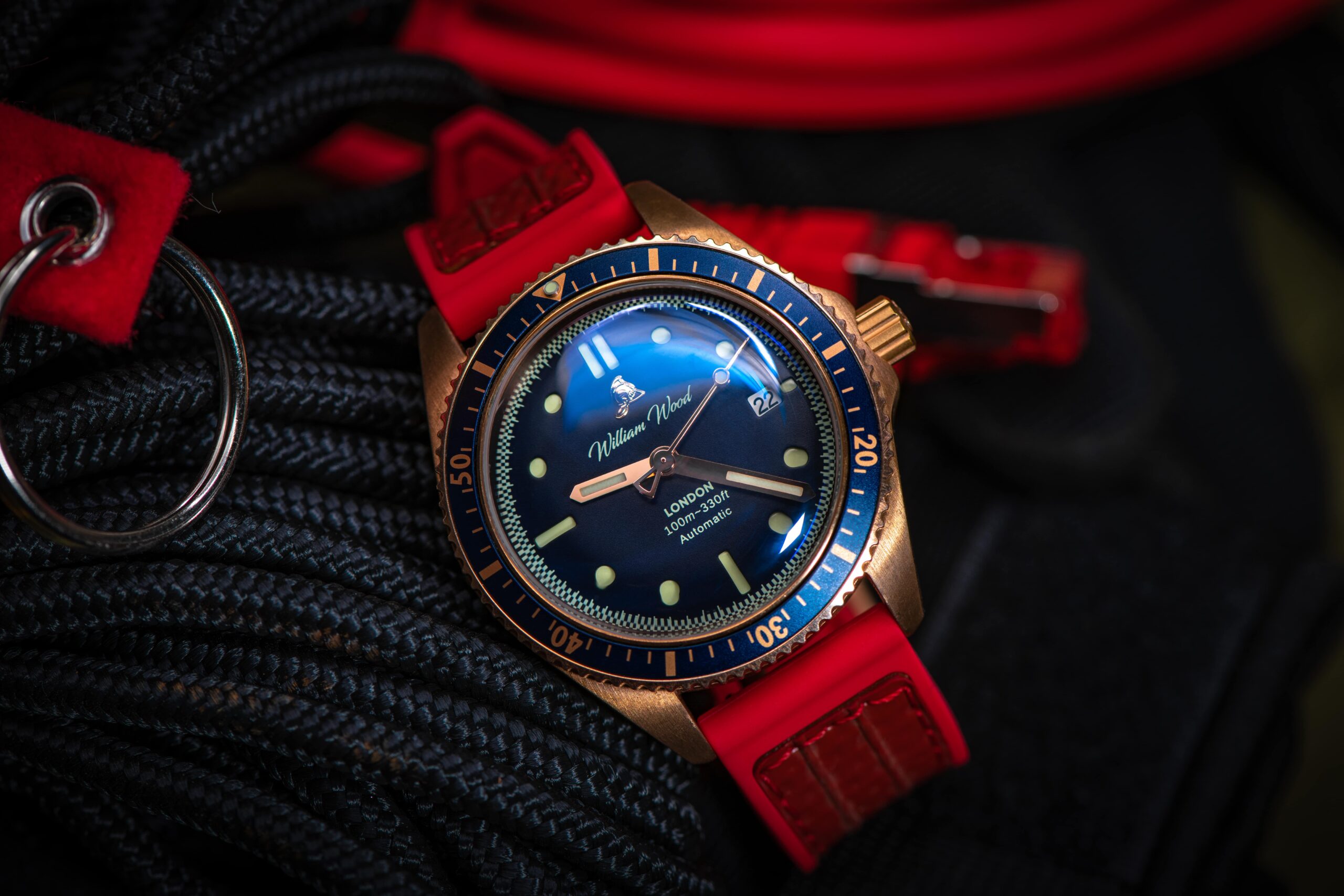 British luxury brand William Wood Watches is celebrating its fifth anniversary this year with some impressive credentials to boast. In September 2021, the watchmaker sold its latest Swiss Made Triumph Collection for $19,000 USD at auction, with all proceeds going to the Tunnel to Towers Foundation in New York in commemoration of the 20th anniversary of 9/11. It has grown to become a recognized luxury watch brand, with five collections, customers in more than 50 countries, and impressive coverage in the international watch media. What is it that makes William Wood Watches unique in the ever-changing timepiece landscape?

William Wood Watches creates luxury watches from genuine upcycled firefighting materials — a tribute to the founder’s late grandfather and the brand’s namesake, William Wood, a decorated British firefighter. It donates a percentage of all sales to several international firefighting charities, including the Firefighters Charity UK, Australian Bushfire Relief Fund, and Tunnel to Towers Foundation NYC. Charitable contributions for 2021 will top $70,000, an impressive sum for an independent watchmaker that is really just getting started. 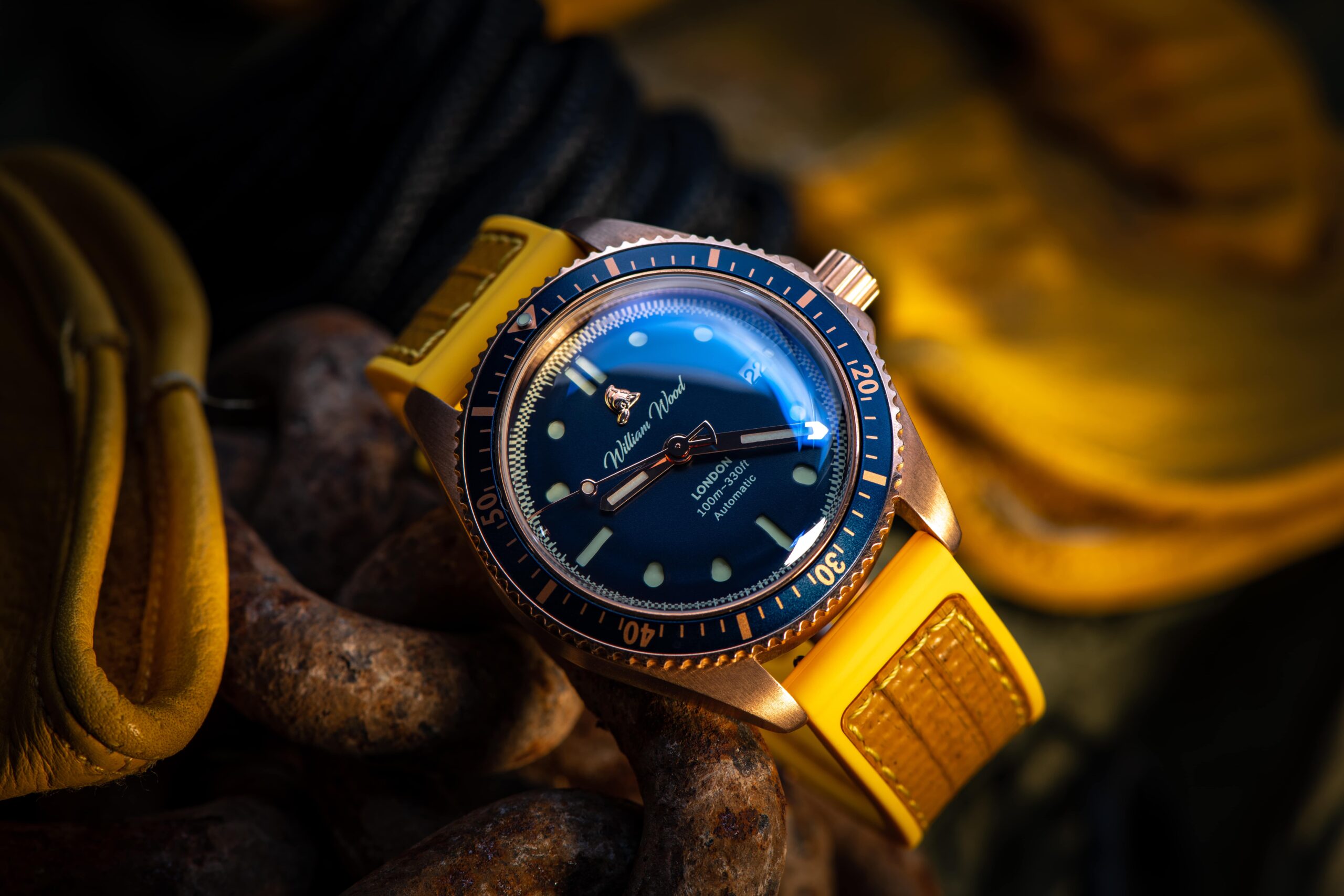 In March 2021, William Wood Watches released its latest Swiss Made Chronograph series, appropriately named the Triumph Collection (£2,995), after selling out of all 100 pieces in the first batch in just 48 hours. This watch comes equipped with a Swiss Made Sellita SW510 chronograph movement and is available in 3 colors; Fuel (White), Oxygen (Blue) and Red (Heat). 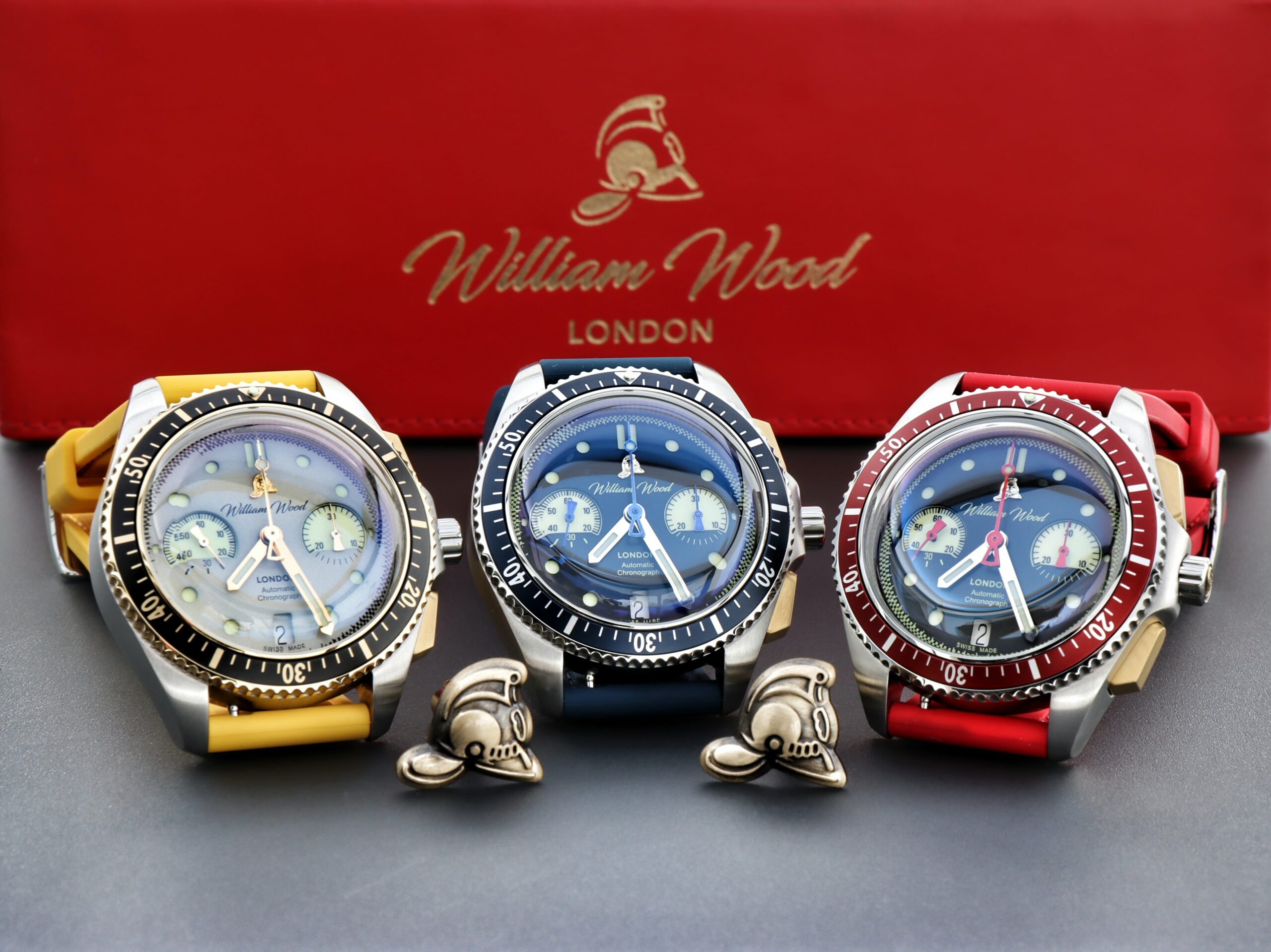 It is evident that this watch is full of elements that pay homage to the fire service. With subdials inspired by a fire engine cockpit, hands mirroring the design of water pump gauges, and a one-of-a-kind caseback with the words “In case of fire, break glass” engraved. 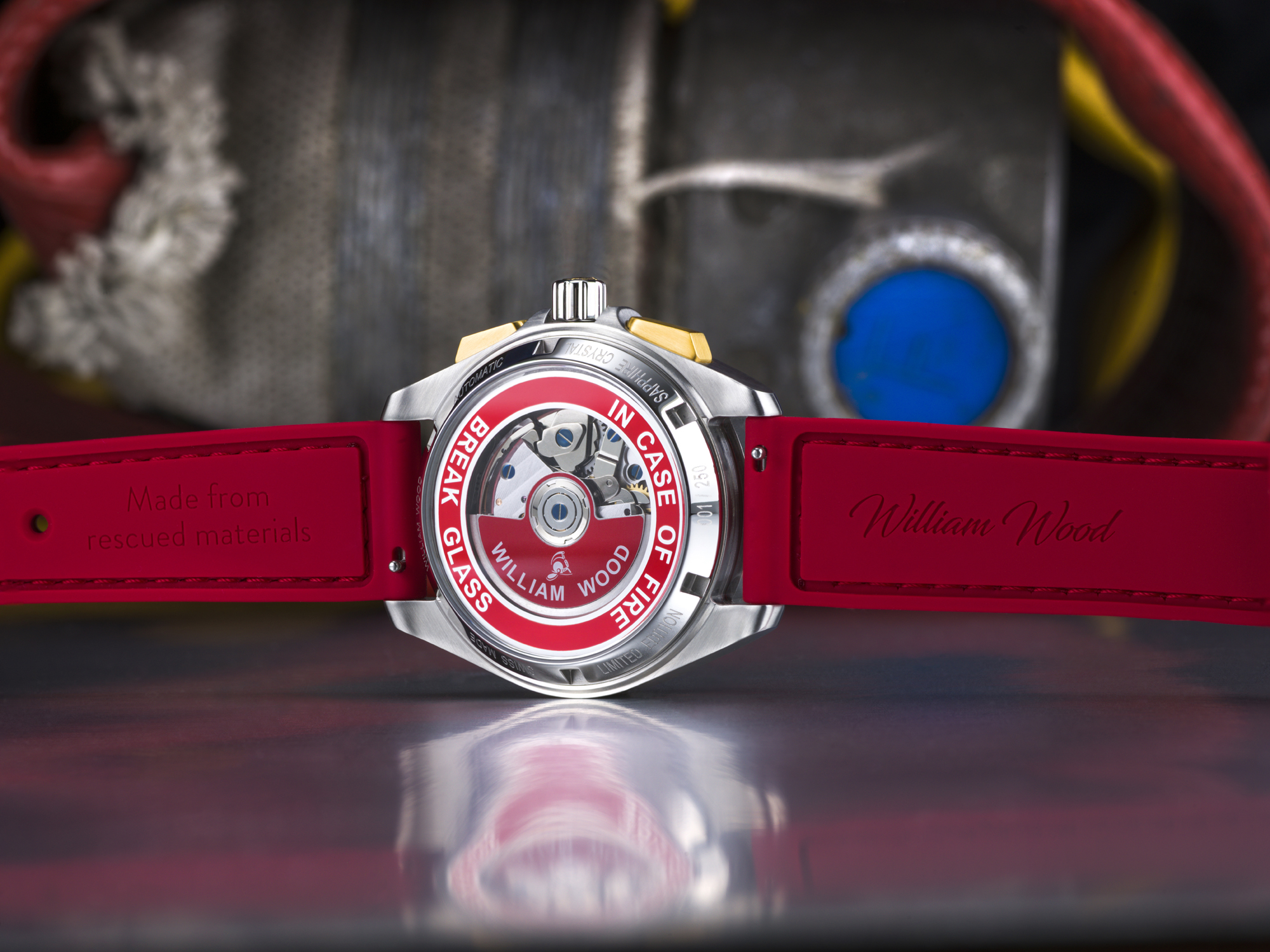 But what takes William Wood Watches to the next level is its upcycling. The brand’s tag line is “Real British firefighting history beating through every component,” and its products manifest this well. The crown of this chronograph is made from a melted-down original 1920s brass British firefighters’ helmet, crafted in the heart of London. The iconic straps are produced from genuine upcycled British fire hose material that has been used in putting out live fires for the last 10 years. William Wood claims you can still smell the rich smokiness in the rubber. What’s also cool is that you can trace back your fire hose strap to each local fire service — the red fire hose strap comes from the London Fire Brigade, yellow from the West Midlands Fire Service, green from the British Armed Forces Fire & Defence Unit, and blue from the Tyne & Wear Fire & Rescue Service, which is where William Wood himself served for 25 years. William Wood Watches is also known for its unboxing experience, the center of which is an Italian leather box that takes inspiration from a fire alarm. It displays up to 3 watches on the first level and, when pulling the emergency cord, you can access the fire hose strap and cufflinks compartment, along with your documents library, a really nice touch. 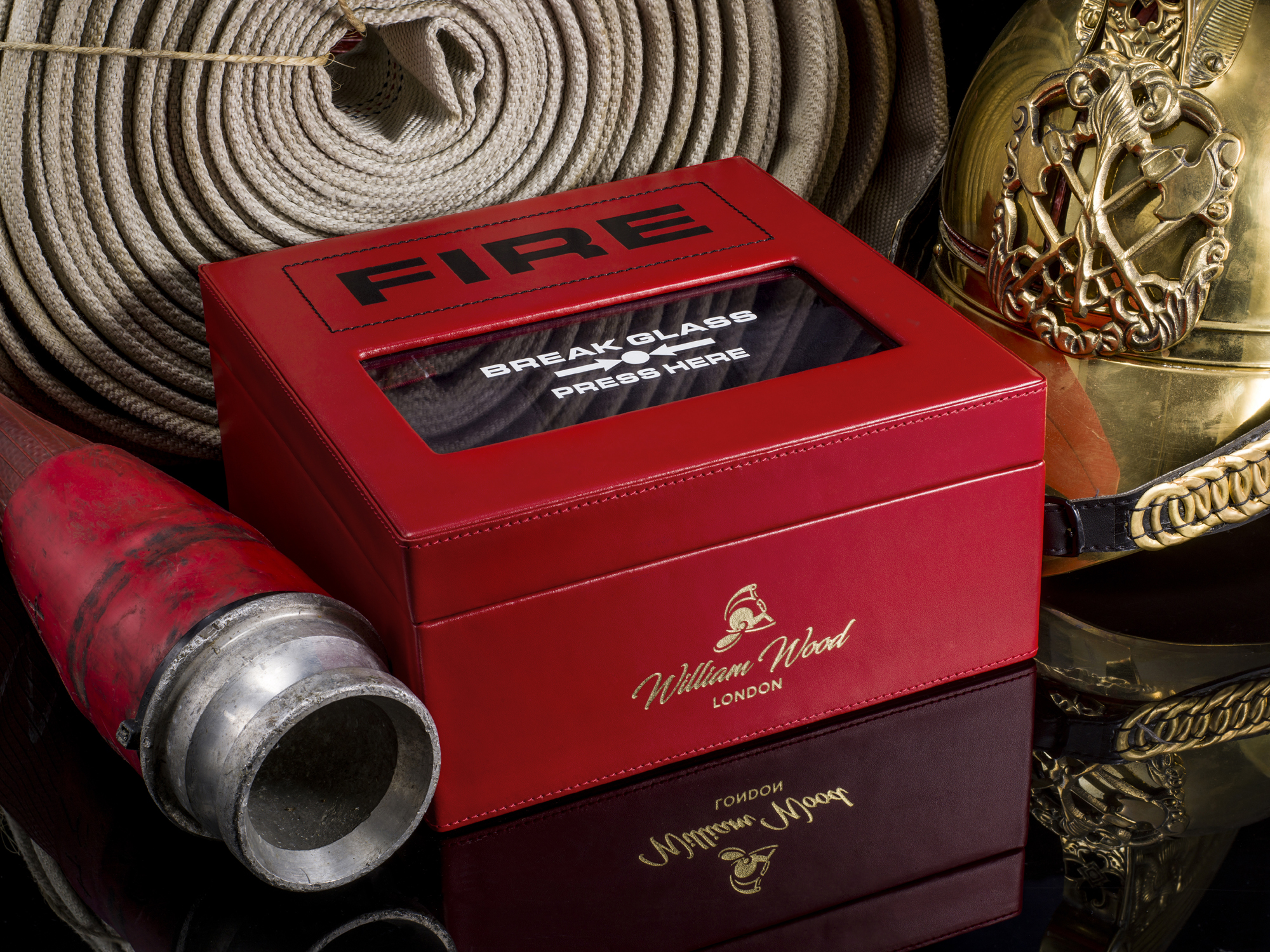 While this is, of course, a great watch for a firefighter, William Wood confirms that its wearers are  comprised of 80% watch enthusiasts and 20% firefighters. The brand does, however, stay true to its rich firefighting history and have created collections for fire services around the world, including the London Fire Brigade, Melbourne Fire Brigade (featured below), and Kuwait Fire Force. 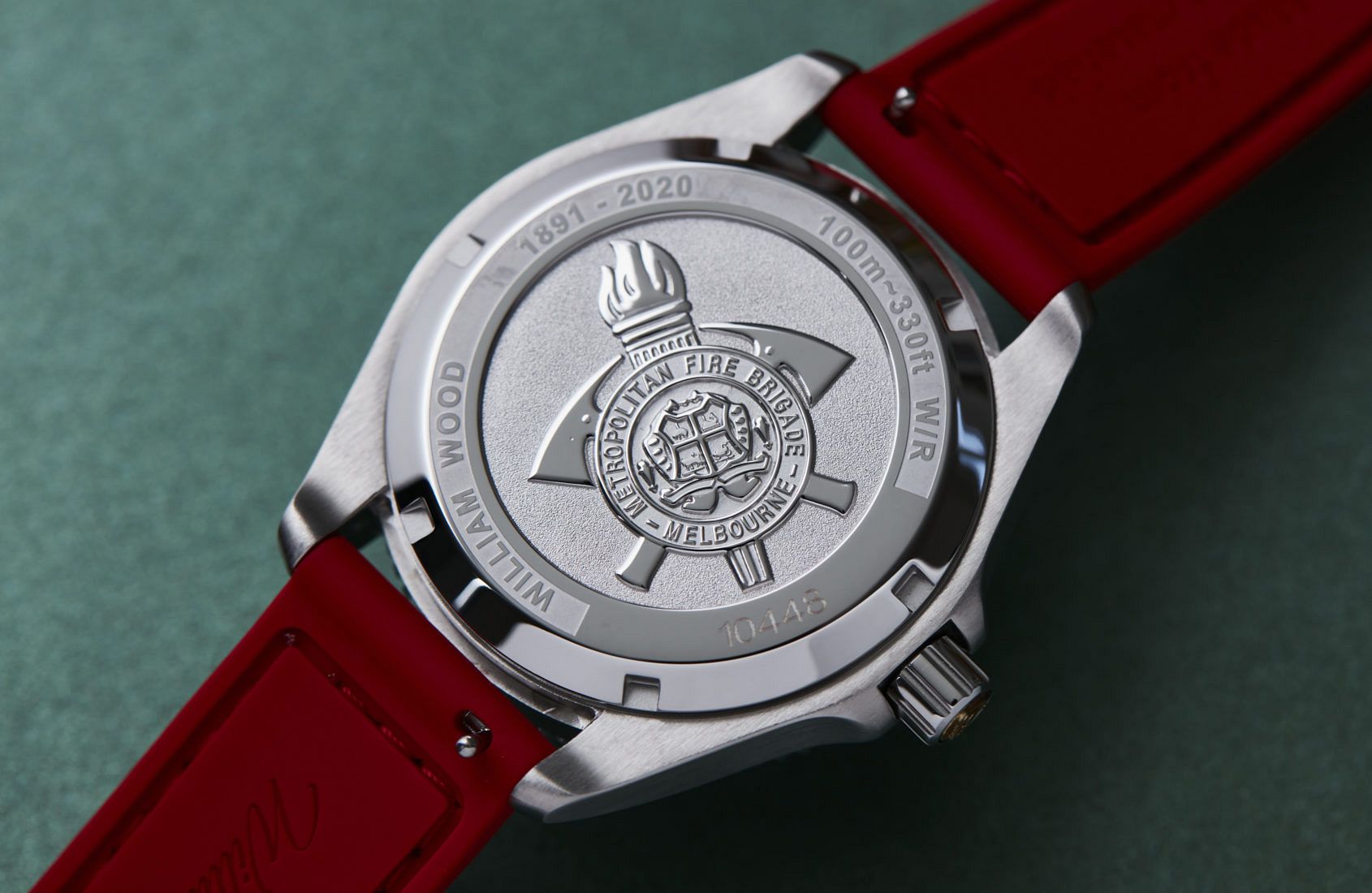 The collection that propelled William Wood into most British watchmaker listicles was its automatic Valiant Collection from the diving range. Designers have created a watch case that fits your choice of either a Japan Seiko or Swiss Sellita movement (£695 – £1,150), depending upon your budget. The watch is available in a range of six colors options and comes with all upcycling elements from the Triumph Collection. William Wood went on to release a Bronze version of this watch, which is now one of its bestsellers, retailing for £795.

William Wood Watches’ vision is to convert a closed British Fire Station into the brand’s head office and concept store. Full architectural plans can be found on the website — it has a vintage converted fire truck parked out front and a firefighters’ pole, which will be used to bring your watch down from the storeroom. 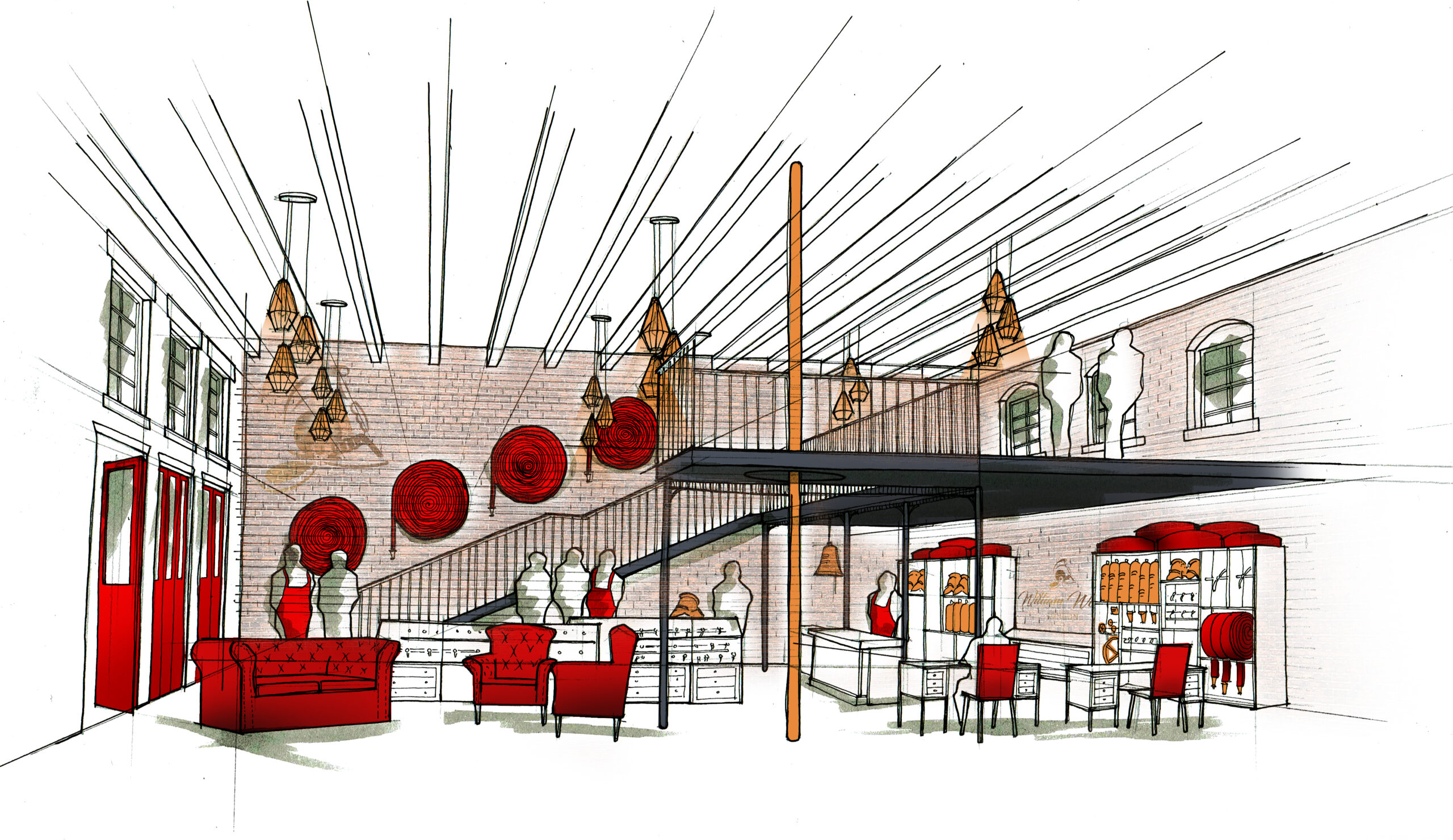 To explore all of the William Wood Watches collections, history, charitable projects and collaborations, visit www.williamwoodwatches.com.