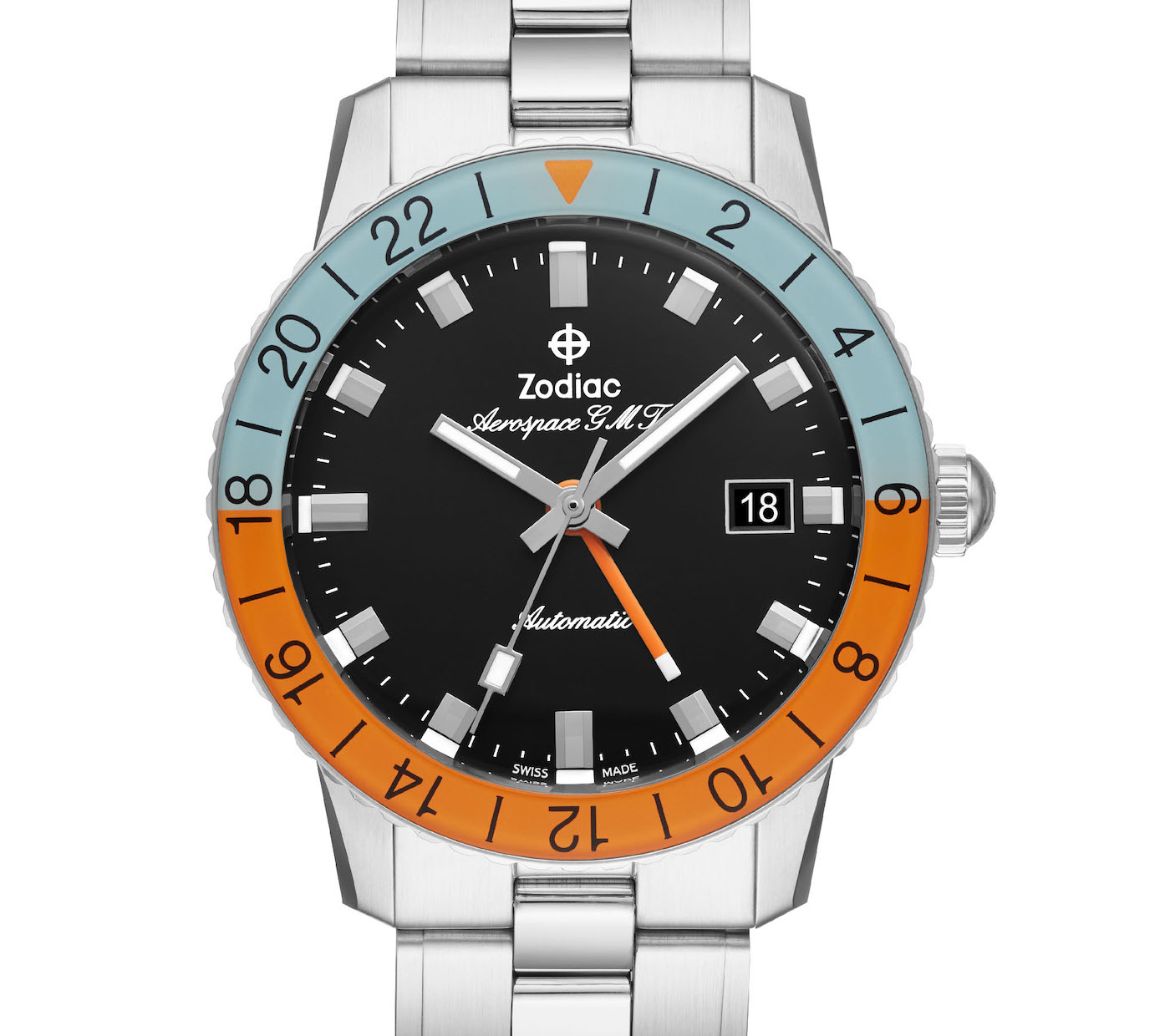 I have always been interested in the heritage releases coming out of Zodiac (now owned by the Fossil Group). Since their reintroduction in 2015, the Sea Wolf and Super Sea Wolf models have never totally dropped off my radar. But there’s always been another historical model from Zodiac that I’ve wanted to see more: Introducing the Zodiac Aerospace GMT a time, date, and GMT watch that nods heavily toward the vintage models from the 1960s. Upsized to a more contemporary 40mm case, these watches will be available in two different colorways. One will be a traditional black/gray that is a direct reference to a historical model, and the newer blue/orange model that is meant to reference the brand’s love of color and also to represent the sun and water. 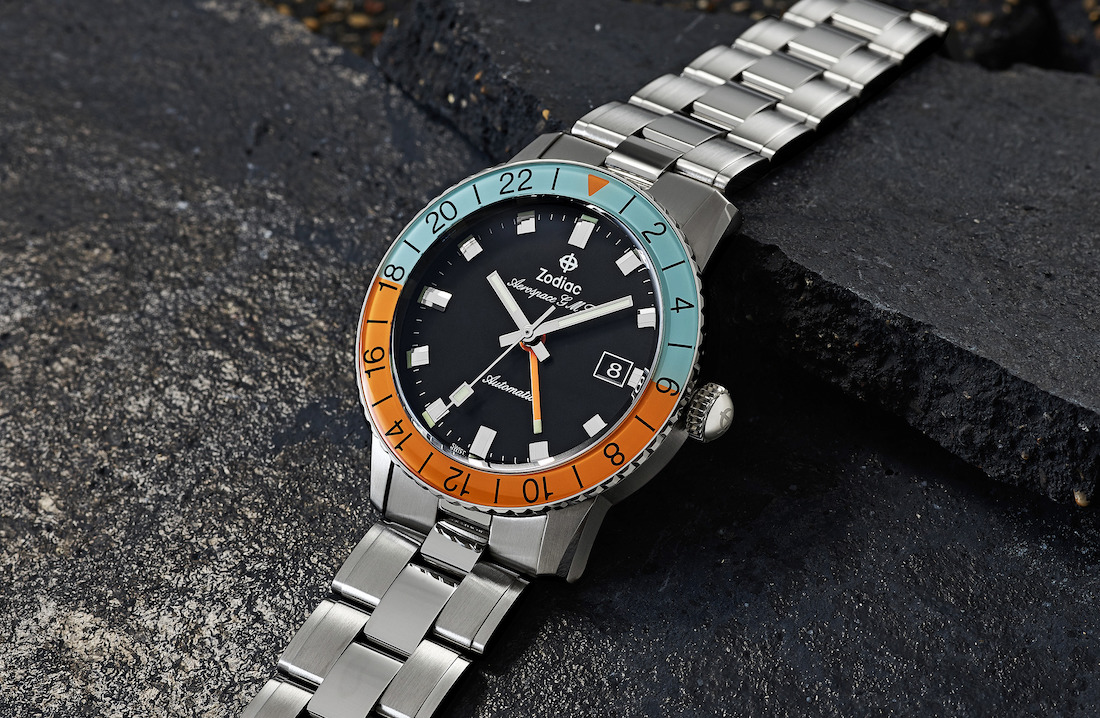 While Fossil has demonstrated an ample ability to manufacture their own movements under their STP Manufacture umbrella, they haven’t yet produced a GMT movement. So, instead, Zodiac has opted for the tried and true ETA 2893-2. For the uninitiated, the ETA 2893 features time/date with added GMT functionality. It’s a 24 jewel movement that ticks away at 28,800vph and boasts a 38-hour power reserve. These GMTs are what we affectionately referred to as “caller GMTs.” In such models, the GMT hand itself is quick-set, while the local hand stays static. The name comes from the ability to track a time zone you frequently call. Now, these are perfectly good movements, but what would really steal the show for me is if STP developed a jumping local-hour GMT of their own. That’d take the cake, in my opinion. 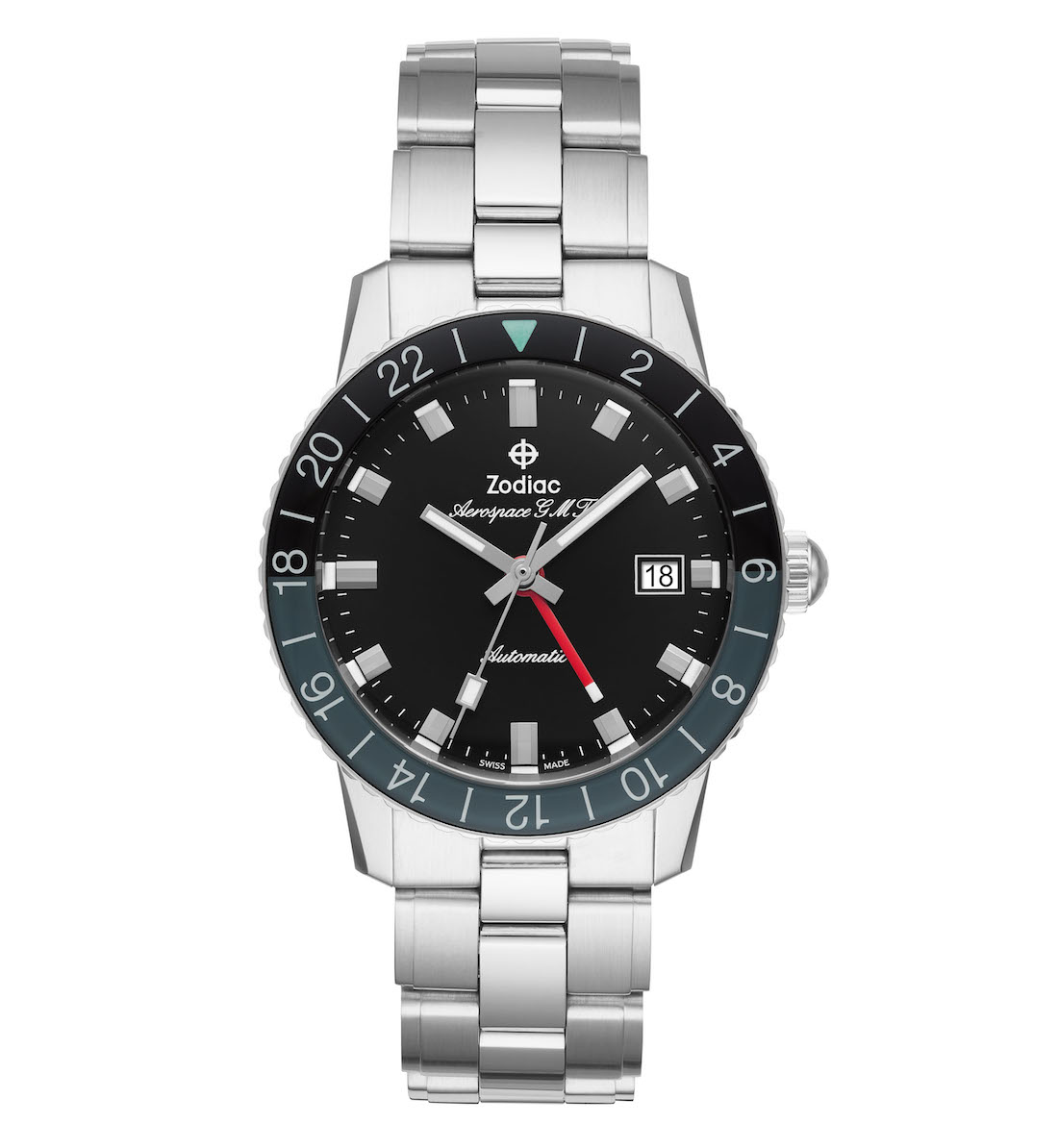 The dials appear to be extremely legible. I’m happy to see that they’ve retained the traditional cursive “Aerospace GMT” underneath the branding. For my personal tastes, I would drift toward the black and gray version, but I do think the blue and orange Aerospace will elicit Kodachrome-tinted memories. Such remembrances seem very appropriate for this heritage-inspired model. On previous versions of the Sea Wolf, Zodiac has used mineral glass over the bezel while implementing sapphire over the dial — my hope here would be that they go with sapphire for the whole thing. 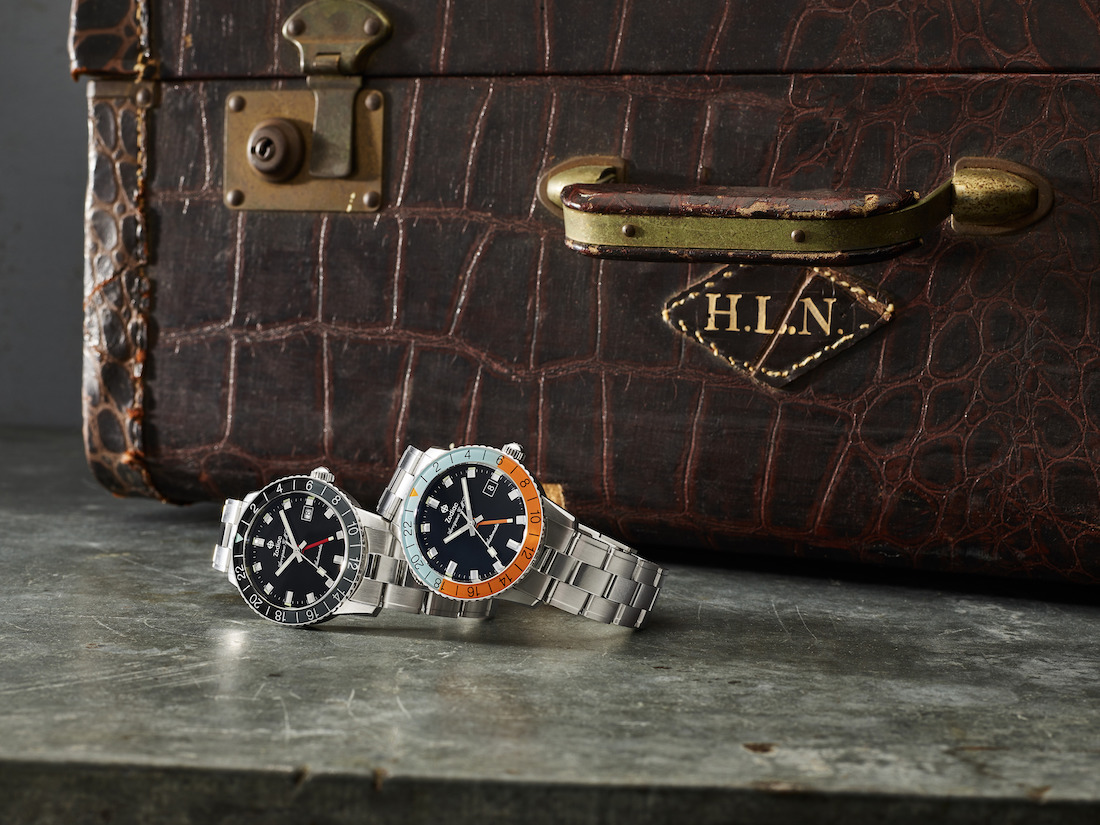 When all is said and done, I imagine Zodiac will position these pieces to compete directly with something like the Alpina Startimer Heritage with its “true GMT” functionality and affordable price point. I do, however, think that Zodiac has nailed the aesthetic of these beloved classics, and I look forward to their release later this spring/summer. I know Zodiac fans have been screaming for these watches, so I have no doubt that they will be popular. These two versions of the watch will be available for $1,695. Their initial release will, no doubt, sell out quickly, given that it will be limited to 182 pieces per style. For more information on the Zodiac Aerospace GMT, head on over to zodiacwatches.com