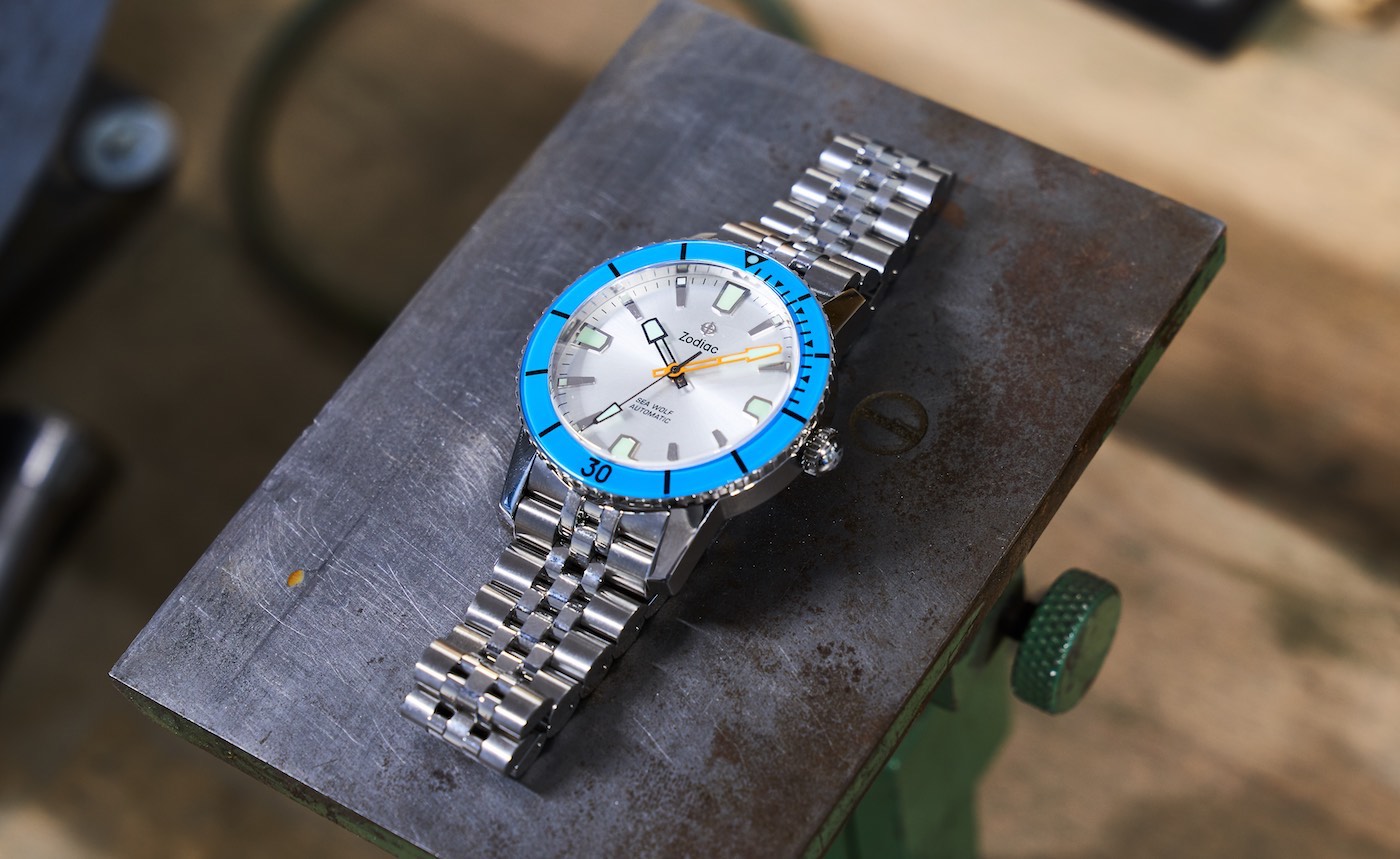 The Zodiac Sea Wolf was initially released in 1953 and was one of the first serious dive watches marketed to the public. The Super Sea Wolf was added to the product line in the 1970s and, according to Zodiac, was used by certain U.S. Navy special forces. All of this provenance serves to create a compelling brand narrative that tickles watch collectors in all the right ways. We’ve extensively covered the different iterations of Sea Wolf, and Super Sea Wolf watches — you can see a few here and here. 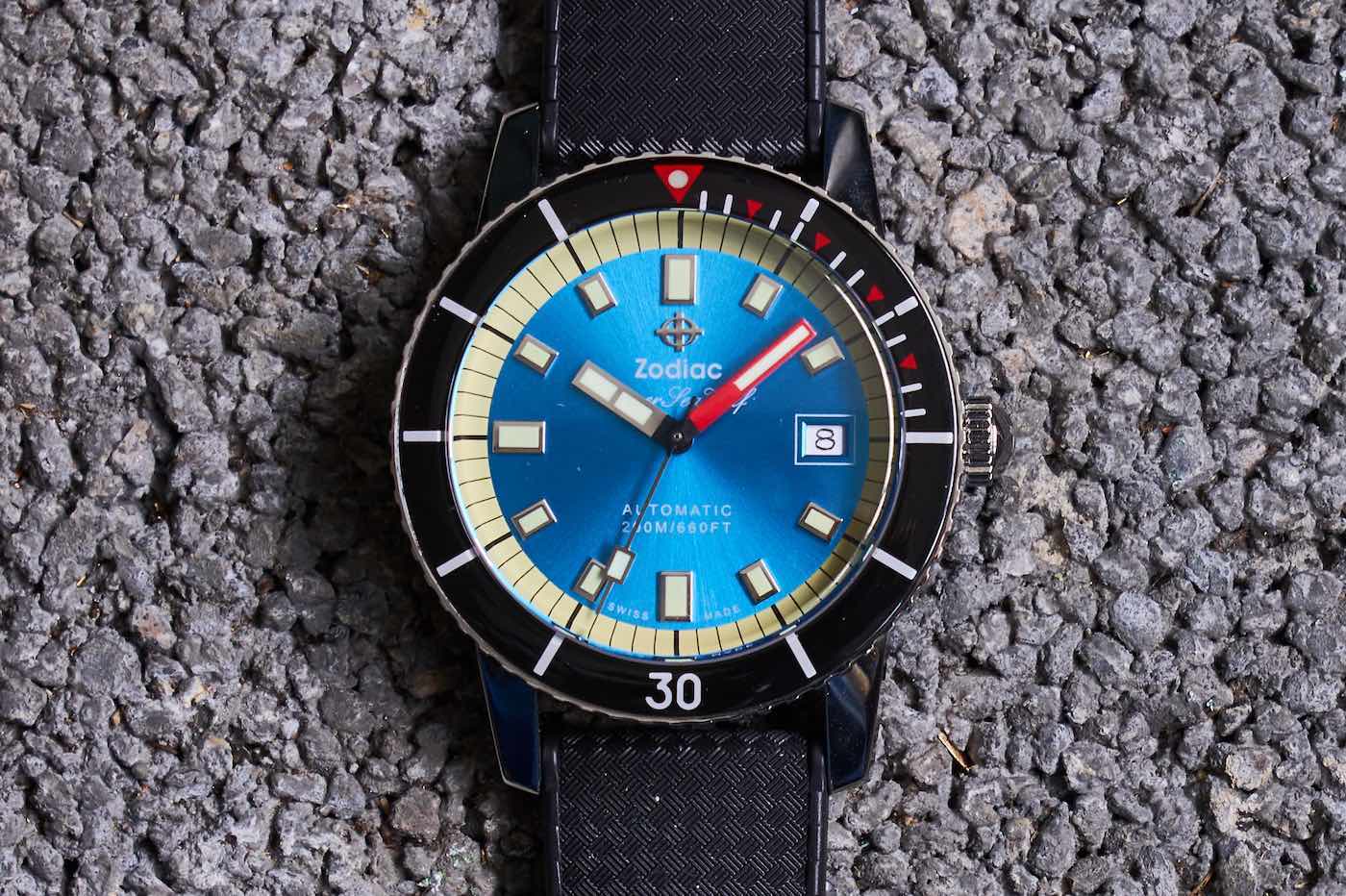 Zodiac has just announced the new Zodiac Super Sea Wolf Limited Editions Inspired By The Ocean, a new version of the beloved Super Sea Wolf inspired by the ocean’s blue color. Zodiac states that its designers were inspired by the book by marine biologist Wallace J Nichols, Blue Mind: The Surprising Science That Shows How Being Near, In, On, or Under Water Can Make You Happier, Healthier, More Connected, and Better at What You Do, which invokes the wellness potential that being close to the ocean has on a person. Zodiac wanted to focus on creating some of this ambiance with its new blue palette. The Super Sea Wolf Limited Editions Inspired By The Ocean will be available in two configurations: the Z09274 on a polished steel bracelet with a silver dial and blue bezel and the Z09275 mounted on a tropic rubber strap with a blue sunburst dial and black bezel. 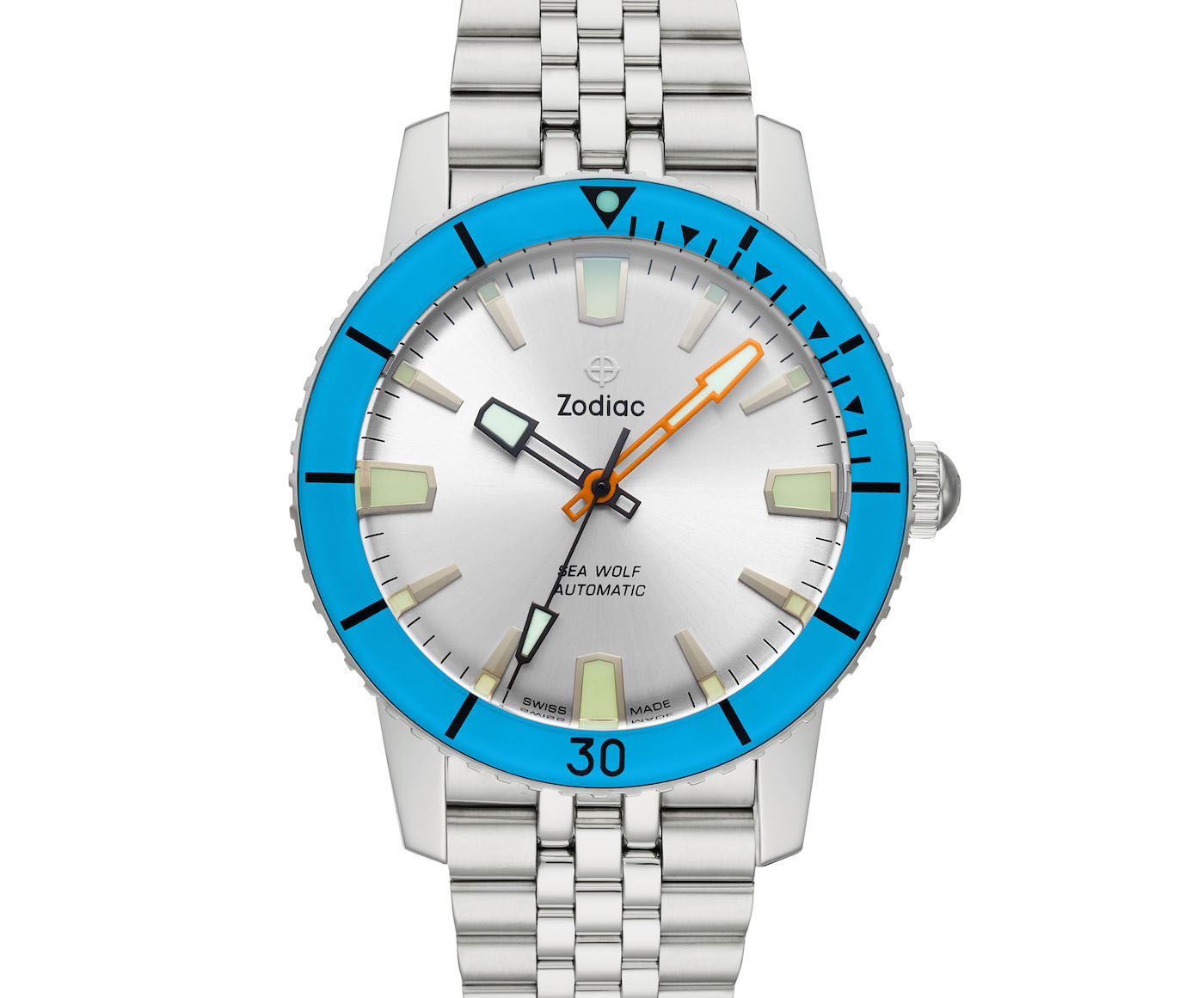 I’ve long been a fan of Zodiac’s watches, and I think that it’s really cool to see new and/or limited- edition releases of these watches that have such a deep heritage. I also really enjoy blue-dialed watches, and it looks like Zodiac nailed that aspect on these. I question the brand’s decision to make the bezel markings so spartan, only having a 30-minute indicator and just dashes throughout might make it difficult to read at a glance. On the other hand, both have dials that are made with legibility in mind, so the red and orange minute hands should serve to orient you on the dial quickly. These Super Sea Wolf variants both run on the STP 3-13 Automatic movement. These movements were designed by the Fossil-owned STP company to be direct competitors to the ETA equivalents (ref the 2824’s), and we have extensively covered STP here on aBlogtoWatch. This is a good, albeit obvious, choice for Zodiac, as they are a Fossil-owned company. All in all, I think these two watches are well-executed direct nods to the company’s heritage. 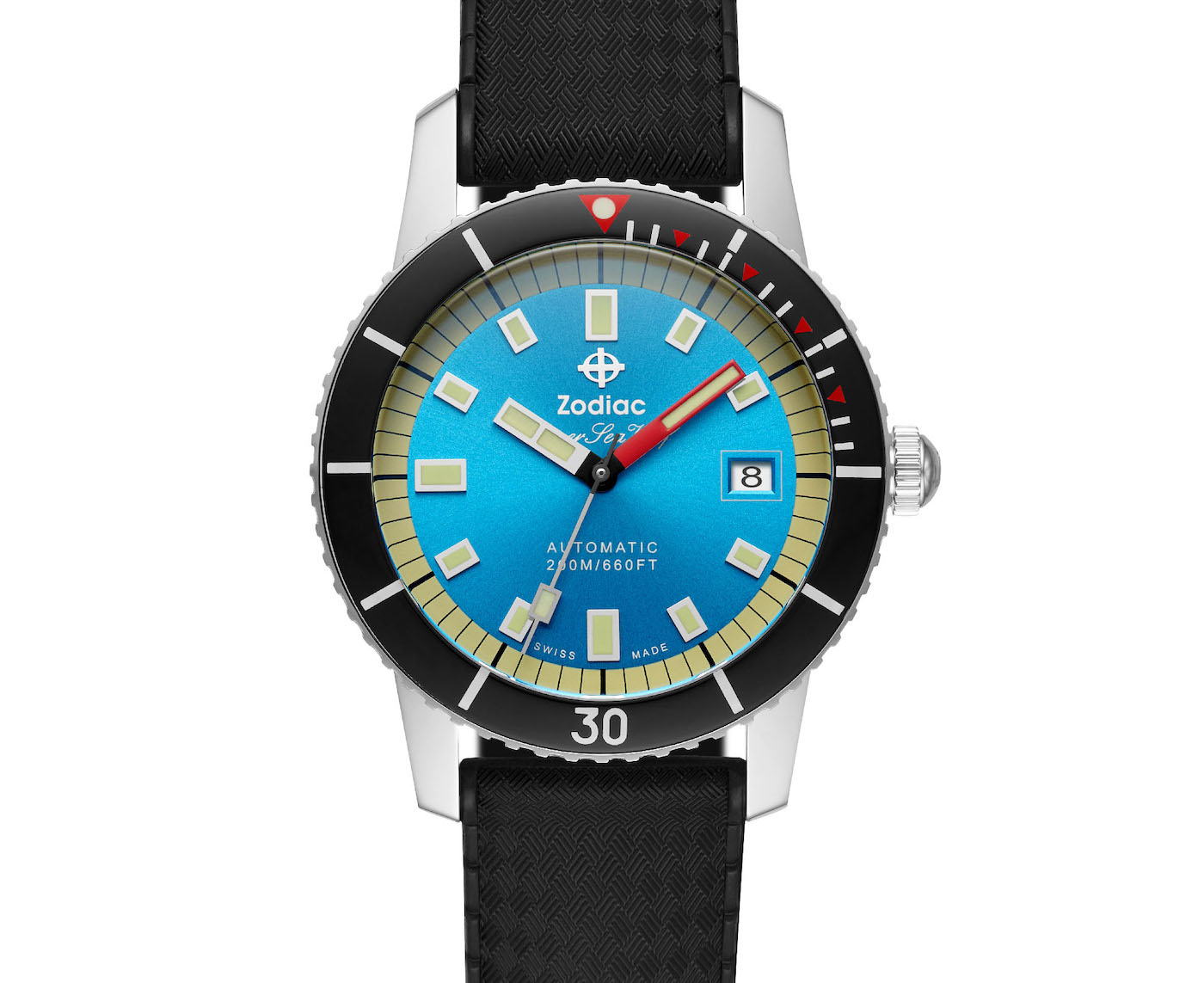 These new releases from Zodiac serve to expand on an already incredibly successful line of watches. The Sea Wolf and Super Sea Wolf families have both done so much to inform dive watches over the years that it seems appropriate to continue their legacy in this way. These two watches will be available in a limited edition, however, at the time of this writing, the size of those editions has not been published. The Z09274 with a silver dial mounted on a steel bracelet will be priced at $1395, and the blue-dialed Z09275 on a tropic rubber strap will be available for $1095. For more details and information, visit zodiacwatches.com.