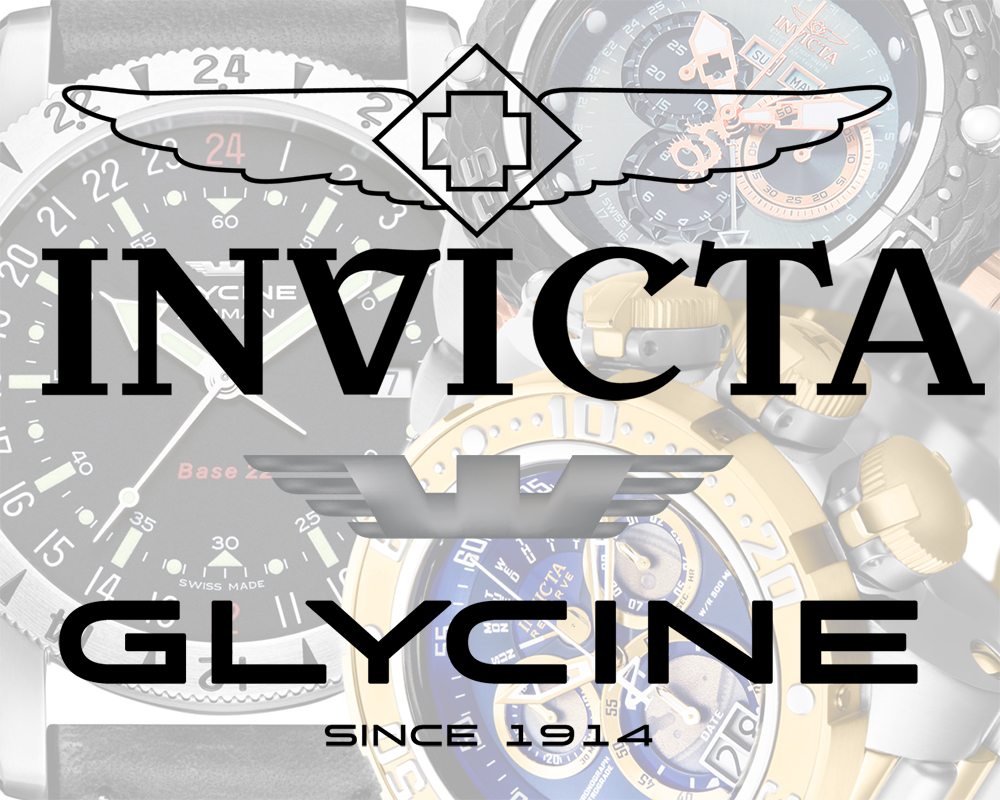 Acquisitions are rarely a surprise in this day and age, and especially in this industry, but we’d be lying if we said we weren’t at least a bit surprised to learn that the majority stake of Glycine Watch S.A. has just been sold to the Invicta Watch Group. As pioneers in world-timing aviation watches, Glycine brings over a century of quirky, independent watchmaking to the Invicta name, which itself was also a longstanding family-operated Swiss brand until later purchased in 1991 by a United States-based investment firm.

Speaking to both the past and present, Glycine’s most significant entry to watchmaking has long been the Airman – a 24-hour tool watch that soared to popularity amongst commercial and military pilots in the fifties and sixties due to its rugged build quality and ability to track multiple time zones with its unique locking bi-directional 24-hour bezel. Little has changed, even in later iterations of the Airman, which are still available with the same bezel and in the original “purist” 24-hour form preferred by pilots. The brand’s contributions to horology weren’t limited to design, but they were largely reserved for the Airman platform, whose earliest iterations were fitted with the Felsa Bidynator – the world’s first automatic movement built around a bi-directional winding rotor. Glycine was also one of the first three companies capable of manufacturing automatic watches on a mass scale – a distinction shared with Harwood and Autorist.

Glycine was widely reported to be majority family-controlled since its conception in 1914, but the brand was actually quietly scooped up in 2014 by market expansion group DKSH, with the aim of broadening Glycine’s reach in Asian territories. So while the story hasn’t been met with universal enthusiasm by diehard Glycine fans, it overlooks the fact that Glycine also hasn’t been privately held for some time – and the portfolio changing hands is business as usual when it comes to the watch industry. However, Invicta’s less-than-sterling track record in certain segments of the watch community makes this a trepidatious alignment for longtime Glycine fans. In fact, Invicta’s initial excitement over the announcement was met with a chilly reception on social media from Glycine fans – so much so, that Invicta’s Facebook and Instagram posts were quickly removed, perhaps indicating a level of sensitivity to feedback from Glycine’s existing base of fans and vintage collectors. However, Invicta’s CEO Eyal Lalo has assured fans that he has “no intention of disrupting the quality and long history that made Glycine the respected brand that it is today.” He went on to say “we will support Glycine while maintaining its independence and rich Swiss heritage,” but how that pertains to positioning, design, or distribution remains entirely to be seen. “Glycine will stay Glycine,” says Glycine CEO Stephen Lack. “There are absolutely no intentions to have a mixture of the two brands. Glycine will stay a Swiss brand producing mainly automatic Swiss watches at a very attractive price point,” he continued, insisting that since the two brands do not share target markets, there’s no reason that their marketing or pricing strategies would be shared. The watch world is no stranger to strategic mergers and acquisitions – hell, some of the industry’s greatest success stories stemmed from an acquisition that brought with it all the resources and fresh perspective that only a healthy partnership could provide. Lack fully understands that survival in this industry has always required, and will continue to require a dynamic, modernized brand – a belief reinforced by this partnership. It’s obviously far too early to report on Citizen’s recent acquisition of Frederique-Constant, but for Glycine fans still not convinced, bear in mind that Citizen has already done an admirable job reinvigorating Bulova – especially if the return of the excellent Moon Watch is any indicator. And when you survey the watch industry as a whole, you’ll quickly notice that many of our favorite brands are already amongst the holdings of conglomerates like LVMH (Bulgari, Hublot, TAG Heuer, Zenith), Swatch (Breguet, Blancpain, Glashütte Original, Omega), and Richmont (A. Lange & Söhne, Cartier, IWC, Jaeger-LeCoultre, Panerai) whose portfolios are broad enough to compete with even each other in select markets.

The next few moves for Invicta are important ones – nearly as critical for the coming months for the Glycine camp, where we could see a fresh invigoration of the brand, or a relegation to the “could-have-been” annuls of pre-takeover watchmaking. Either way, we’ll be keeping a close eye on this one. glycine-watch.ch