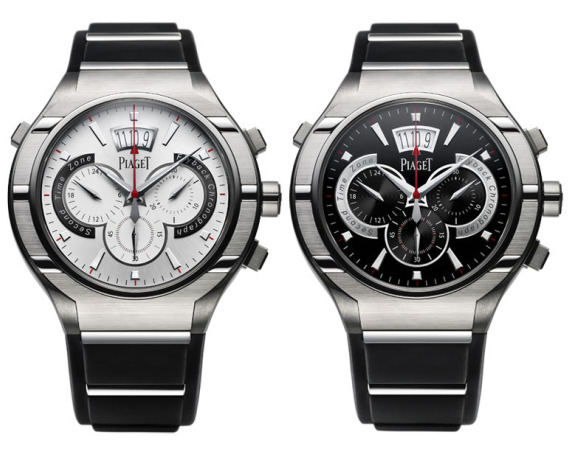 Here is the beautiful and uncommonly sporty new Polo Chronograph from Piaget that debuted at SIHH this year. What I really like is this video from TheTimeTV.com that has Piaget themselves casually discuss the watch. I love hearing that smooth French accent discuss this fine offering, from a fine watch company. Interestingly enough their primary focus, is my primary focus: ease of life with the watch. They aren’t going on about the luxury of the watch, but rather the functions, comfort and overall quality. It is really refreshing to hear that (especially from Piaget) that them going on about how this watch “defines haute horology.”

You can tell that the new Polo Forty Five watch is something new for them. The first titanium Piaget watch, and certain the most sporty. As I have mentioned before, I think this is also the first Piaget watch to ever use a rubber strap. It is an evolution on the Polo theme, and we will see where the new direction takes Piaget. Another benefit of videos like this is the actual images of the watch. Too often we are presented with computer watch renderings that just to give enough of a story. While I love such imagery, it doesn’t give you the full view that you want to have. At well over $10,000, the new Piaget Polo Forty Five watches are no bargain (and even more for the chronograph version pictured), even given their in-house Piaget made movements. Check out the video and see what you think, these are always fun to watch.