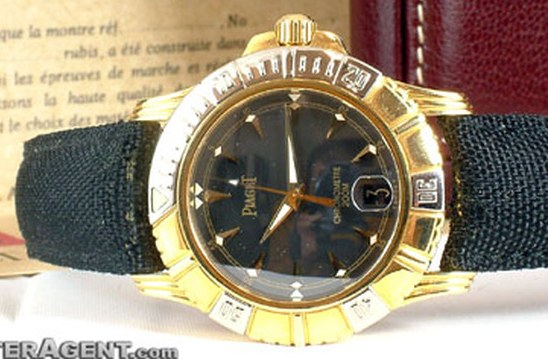 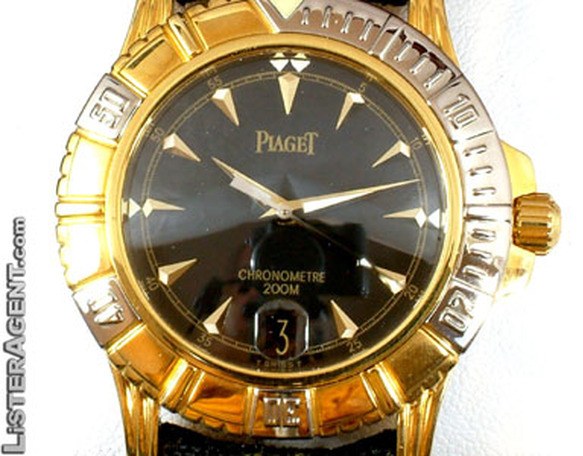 A Piaget dive watch?! Oh yes, and here is the proof. Get ready to go underwater in your black bow tie. I was pretty amazed to discover this watch that was made in the mid 1990s. It is very difficult to find information on this watch by the way. I believe it is called the Piaget Polo Key, but it is Ref. 250020 no. GOA22036. I think it is pretty neat – but how primitive does the case look by today’s standards? So would you wear a Piaget diver? 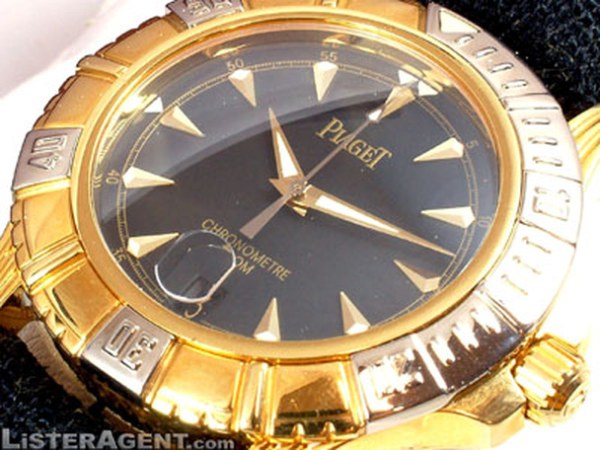 The case is 38mm wide in 18k yellow gold with elements on the rotating diver’s bezel in 18k white gold. That two-toning is rather cool. There is also the reserve version of the watch with a mostly 18k white gold with yellow gold accents. That other model seemed to have a vastly different dial – which makes it clear that this watch was the beginning of the Piaget Polo 45 of the modern era. Did they have CNCs machines for case making back then? Not sure…

The black dialed version is my favorite. It has tasteful applied gold hour markers and dauphine hands. There is a cyclops magnifier lens over the date window at 6 o’clock. The dial actually seems to have been later borrowed by Chopard for their L.U.C Pro One Diver watch – but that is another story. 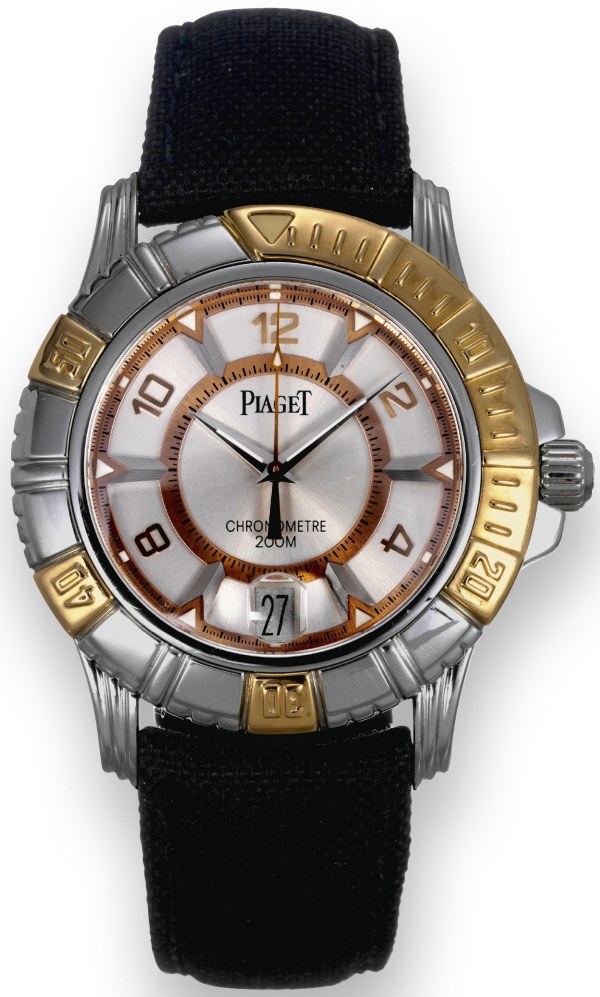 Piaget case the watch 200 meters of water resistance and it looks as though the in-house made Piaget 191P automatic movement was COSC Chronometer certified, at leas that is what I assume “Chronometre” on the dial refers to. I really wish that the watch was 42mm wide… oh well. I think it is interesting/amusing that Piaget matched the polished gold case with a fabric strap that is meant to look “sea worthy.” The watch clasp is back to gold. It is a simple tension clasp like what Cartier uses a lot – certainly not to be used when going under water as it will too easily come undone.

Overall this Piaget Polo diver is a neat watch and certainly rare. How much for one? Well at a Christie’s auction in 2005 one went for about $3,400, and another one went for  about the same in 2009 at an Antiquorum auction. One is available on James List here for the high amount of almost $11,000. If you want one, I would contact the seller and school them on the value.

Credit to Antiquorum for the 18k white gold version of the watch.