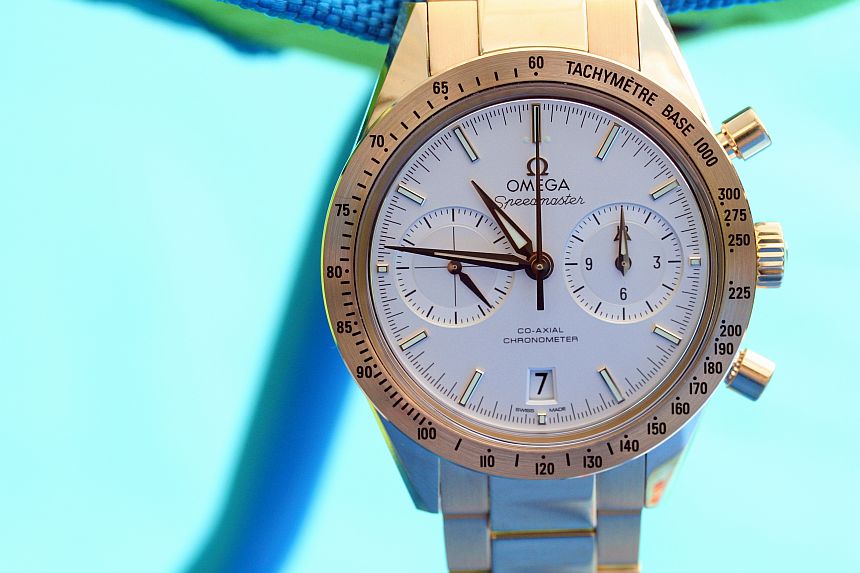 Quick – when you hear the word “Speedmaster”, what comes to mind? Very likely, it’s the Omega Speedmaster Moonwatch-associated design that you’re picturing in your head, or perhaps even have in your own personal collection. While the stock Moonwatch is certainly interesting in its own right, what if Omega were to draw inspiration from an Omega Speedmaster design that preceded the Moonwatch? Well, that’s a leading question, and one you really don’t need to think about too much – as the model we’re reviewing today is the answer to that question. The Omega Speedmaster ’57 Co-axial Chronograph is the latest member of the Omega Speedmaster family, and wow – this is a beauty of a watch. As you can probably guess from the name of the model, Omega started with their 1957 Omega Speedmaster model, and modernized the design a bit. This makes for a watch that’s simultaneously familiar in some ways, and eye-catchingly different in others. First and foremost, at least visually, in those changes are the variety of finish options you have in this line. Our review sample was in yellow gold but you can also find the case in red gold, platinum, bi-color, or steel. The bracelet, of course, matches the case finish (both in terms of color and actual finishing, which is superb). I do want to note that the deployant is slightly different than others I’ve seen. Outwardly, it looks like a simple push-button release, but there’s actually a correct order for folding in the clasp. After a try or two, I had it down, and it felt like a pretty secure clasping mechanism. In addition to those case and bracelet finishes, the dial comes in some new colors as well. You can have the familiar black, but white and a steely blue have also been added to the mix. While I don’t discount the classic black dial as being the Speedy most people are familiar with, I am really digging the new dials, especially the white. With the white dial you have a watch that remains sporty but with an additional touch of refinement which in some way I can’t quite put my finger on… more»