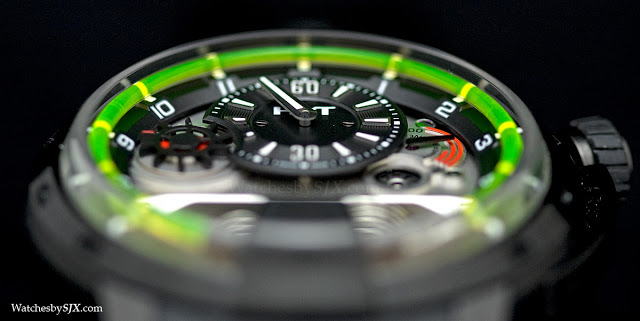 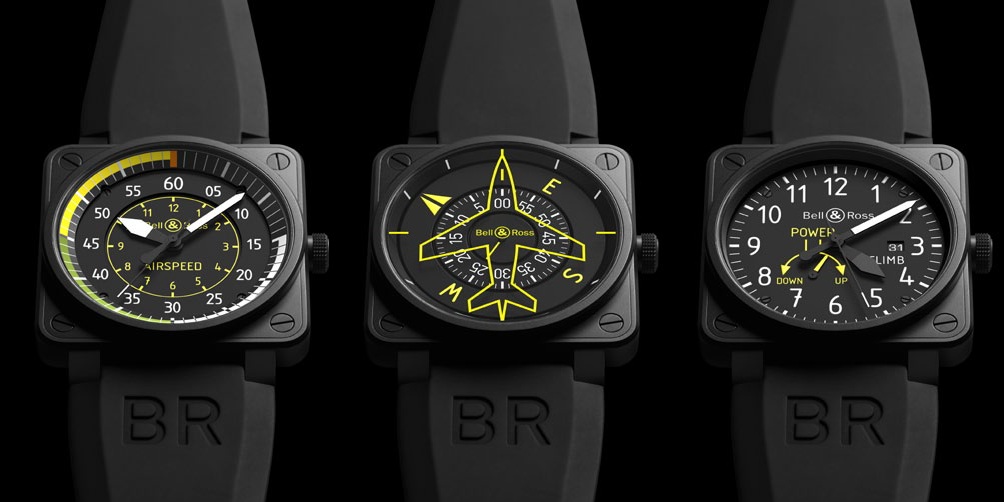 Welcome to the very first edition of aBlogtoWatch’s twice a month round up special. Two times a month, I round up the best watch articles and reviews from aBlogtoWatch and from around the internet for your reading pleasure. Here are my picks for the first half of April.

For the past couple of years, Bell & Ross has released a couple of aviation-themed watches based on their signature BR01 case, and this year is no different. 2013 will see three new aviation-themed watches. The three new watches are named Airspeed, Heading Indicator and Climb, and their names are a good indication of which cockpit dial provided the inspiration for the design. Powering these watches are ETA movements.

Although these watches are not the first word in legibility – especially the Heading Indicator – they stay true to Bell & Ross’ older aviation-themed watches such as last year’s Altimeter and the older Radar. All in all, these watches cement Bell & Ross’ reputation for making uniquely-designed aviation-inspired timepieces.

2. Top 10 Living Legend Watches To Own

To some buyers and collectors, the provenance of a watch, meaning its origin and history, is important. If you are such a person, Ariel has compiled a list of ten such watches that are worth owning. To make the list, a watch must have history and still be made today. And to be absolutely clear, this list is by no means exhaustive, but for readers who are perhaps considering their first serious watch purchase, maybe this list could help point you in the right direction.

Since its resurrection in the 90s, A. Lange & Söhne has made a reputation for itself by producing some of the most pretty and exquisitely-finished watches. The level and standard of finishing on its watches, dial and movement alike, is easily amongst the world’s best. And earlier this month, we featured a review of their exceptionally well-crafted Saxonia Annual Calendar in platinum. Well worth checking out if you appreciate fine craftsmanship.

In the world of haute horology, you have your classics like Patek Philippe and A. Lange & Söhne, and then you have wacky brands like Rebellion. The Rebellion T-1000 Gotham gets its name from its 1000 hours long power reserve and Gotham City-inspired dark color scheme. Time is told off two belts, not unlike the Devon Tread One; however, unlike the Devon Tread One, the Rebellion T-1000 is completely mechanical and therefore costs considerably more too. 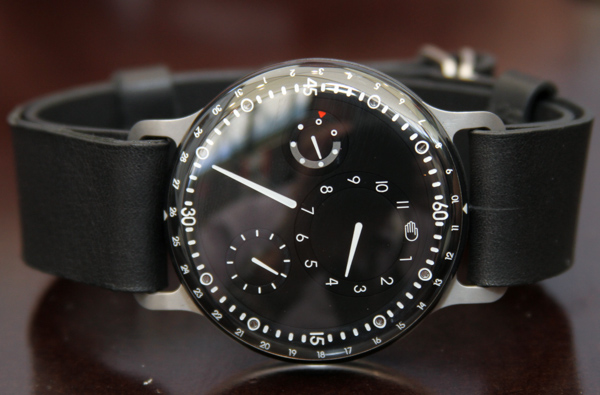 The Ressence Type 3 is a very unusual watch both in terms of design and movement. The entire dial is bathed in liquid so that the indications appear to be melded into the sapphire crystal. Additionally, there are no actual hands on the dial. The entire dial is made up of numerous sub-dials and the hands are actually painted on the sub-dial itself. Furthermore, the sub-dials are not fixed, rather they move and as they do, they indicate the time. The best way to see how this really interesting watch works is to check out our hands-on on the original Ressence watch here .

Omega is very proud of its co-axial escapement and even goes as far as to dub it “The Perfect Mechanical Movement”. Simply put, the co-axial escapement, invented by Englishman George Daniels, is a modification of the traditional escapement by using three instead of two pallets. Such a design significantly reduces friction and, in theory, makes lubrication unnecessary. Practically speaking however, what the co-axial escapement really means for watch buyers are longer warranties (Omega offers four years) and longer service intervals. In any case, this rather nicely executed commercial by Omega celebrates its co-axial movement and is well worth watching especially if you are a fan of the brand.

2. Homage vs Replica vs Counterfeit 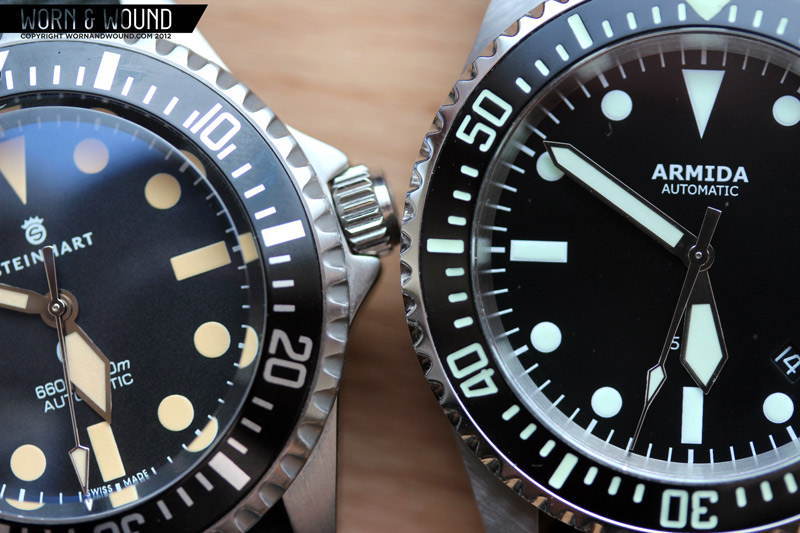 Worn & Wound recently posted an interesting article discussing the iffy differences between homages, replicas and counterfeits. To be sure, these three terms are thrown about quite freely by watch enthusiasts and it seems that there’s no clear consensus on what is what exactly.

While I agree with mostly what has been said in the article, I think that the term “homage” has been horribly abused and bastardized by the many small “boutique” brands that seem to pop up everyday on the internet. How many Submariner and Radiomir homages do we need? 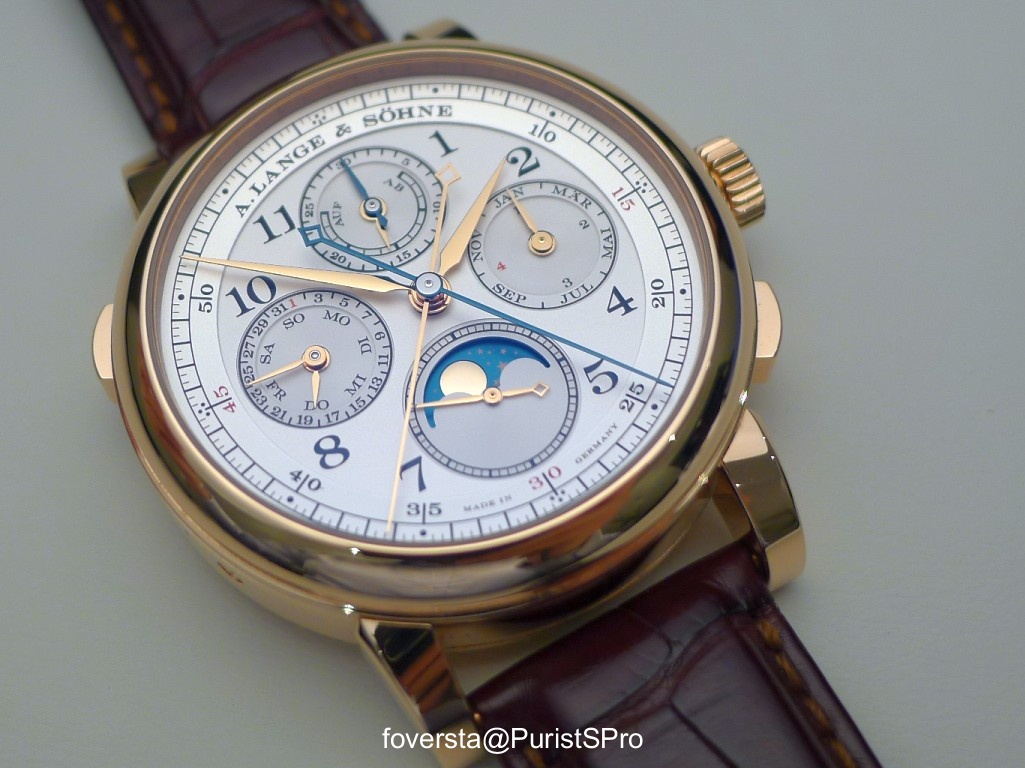 And this year at SIHH 2013, A. Lange & Söhne unveiled the 1815 Rattrapante Perpetual Calendar, which is, by all accounts, an amazing watch. However, how does it matches against Patek Philippe’s Reference 5204, a watch with similar complications – split-second chronograph and perpetual calendar? 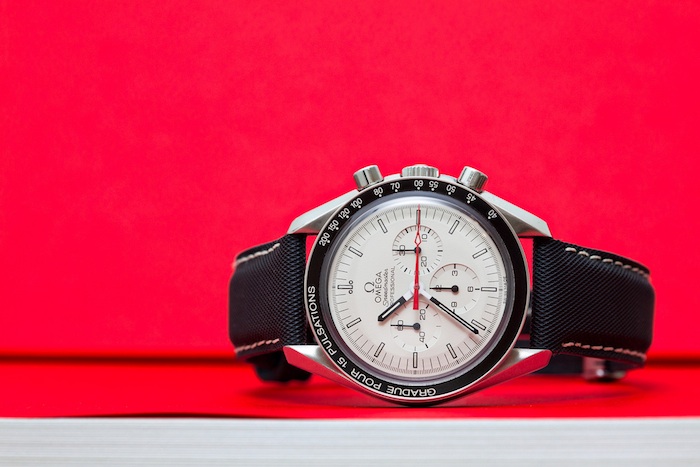 Shane, a reader of Fratellowatches, shows us how he modded his Speedmaster 3570.50 to what it is today. It is an interesting read, especially for anyone who’s thinking of customizing his or her own watch to give it a unique look. Furthermore, can I also say that I really love what Shane has done to the dial of watch, the white dial and red seconds hand is just perfect!

HYT made its debut last year with the H1, which was the world’s first hydro-mechanical watch. The H1 movement is unique in that it uses liquid to tell time. In the H1, a tube surrounds the dial and is filled with two immiscible liquids – a green water-base solution and clear oil solution – which move across the dial to indicate the hours. It’s a truly exciting watch, both in terms of design and movement, and this article gives a deeper insight into how the watch actually works and functions.