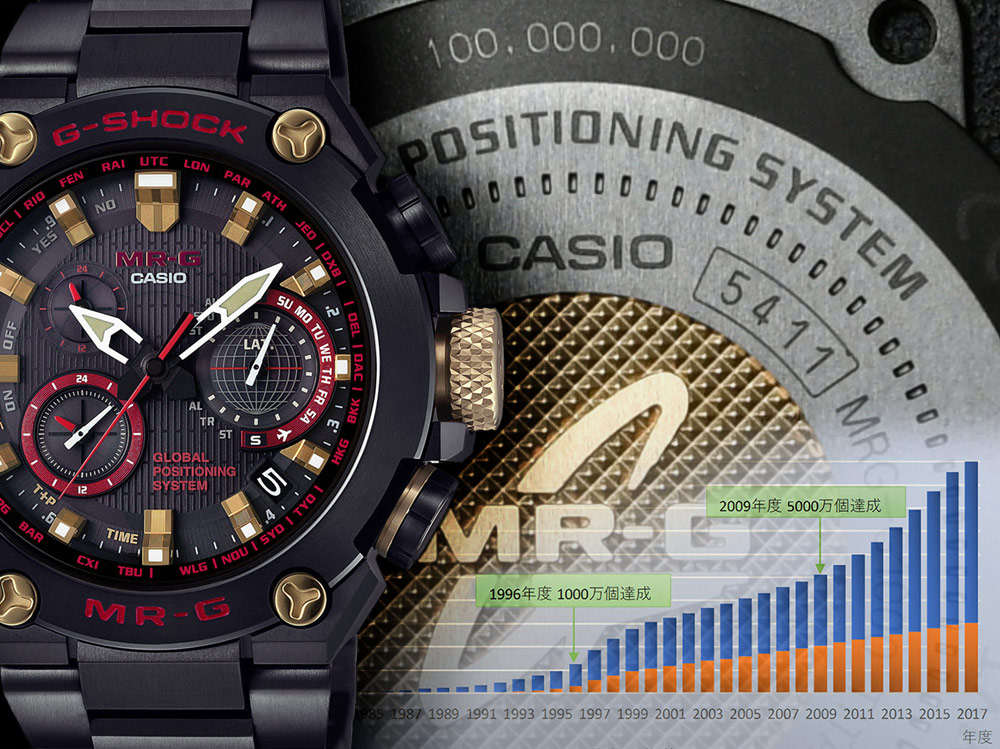 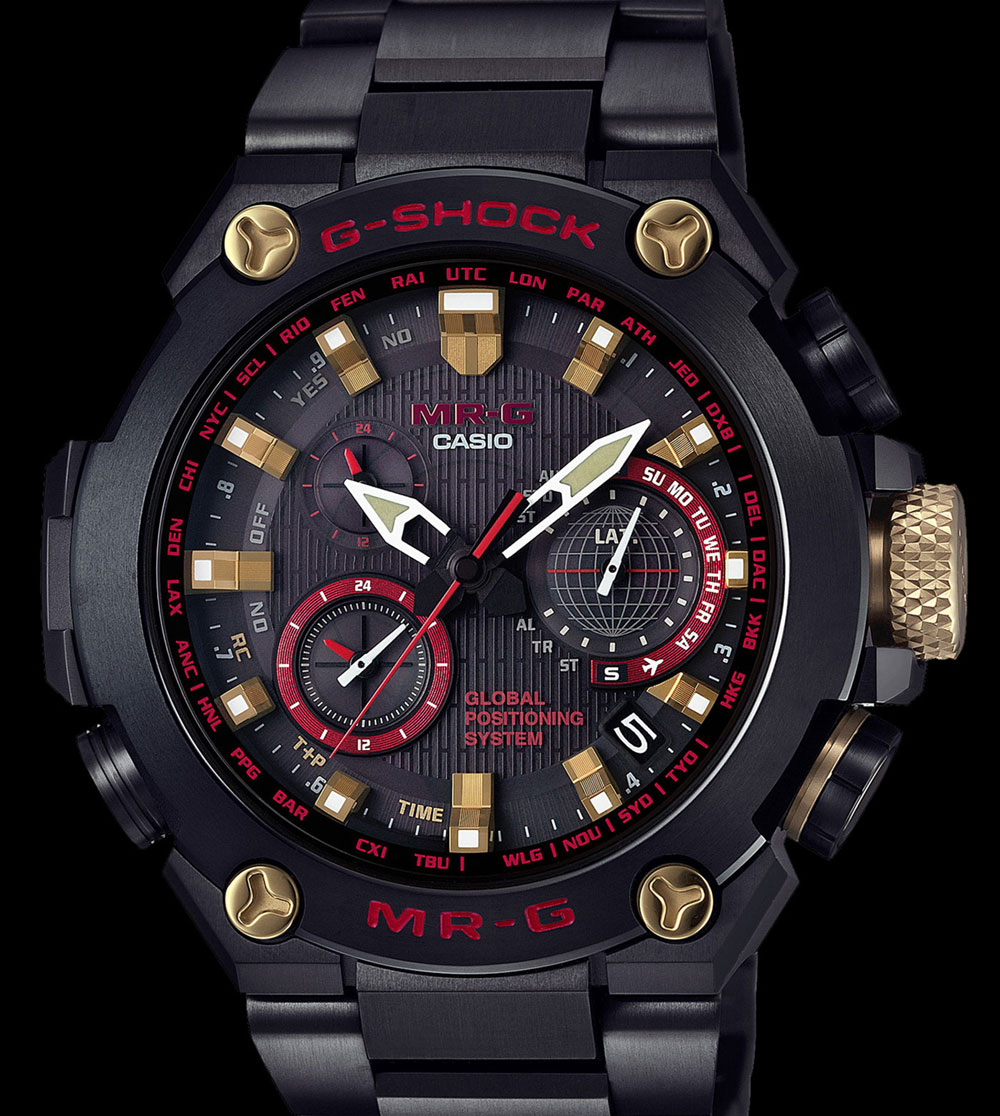 The one hundred millionth G-Shock has rolled off the assembly line and been fitted with a commemorative caseback at Casio in Yamagata, Japan. G-Shock is, of course, a diverse family of product collections, but that is still a lot of watches. I wonder how many of those are still alive and faithfully showing the time since the first G-Shock was born in 1983. It wasn’t just any $100 G-Shock that was the one hundred millionth, but Casio made sure it was one to remember with a Casio G-Shock MR-G G1000B-1A4 “Akazonae” from the high-end MR-G sub-collection of G-Shock watches.

The Casio G-Shock MR-G “Akazonae” watch is a G1000 series watch that has a titanium case with a dark DLC-coating and “Deep Layer Hardening” with red and gold accents. It differs in colors (and a “4” at the end of the reference number) from the Casio G-Shock MR-G MRGG1000B-1A we reviewed in detail here. Other G1000 watches have become special editions too, such as the “Hammer Tone” watches (hands-on here). The name Akazonae refers to the red accents and comes from the name of “a special military unit during Japan’s Warring States Period” that used a similarly deep red uniform. The Casio G-Shock MR-G “Akazonae” watch has an AR-coated sapphire crystal, is 200m water-resistant, and measures 54.7mm by 49.8mm with a thickness of 16.9mm and a weight of 153g. See all about its features in the above linked-to article. To be clear, there is no limited edition being released to the public to commemorate the hundred millionth G-Shock, and Casio will rather hold on to this one-off piece with a specially engraved caseback for its archives. 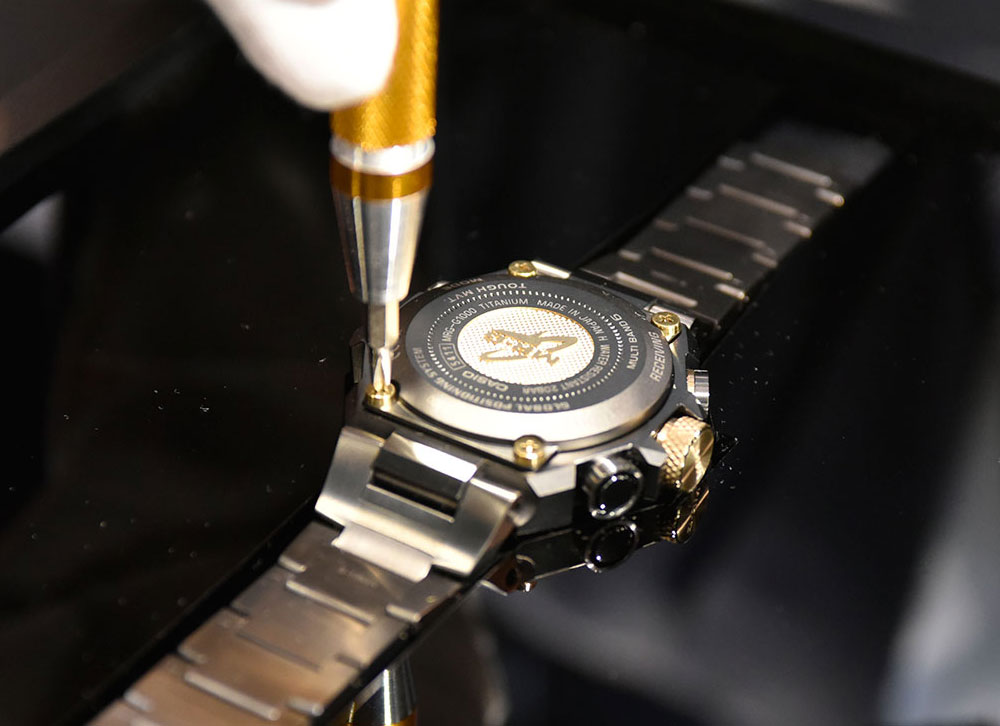 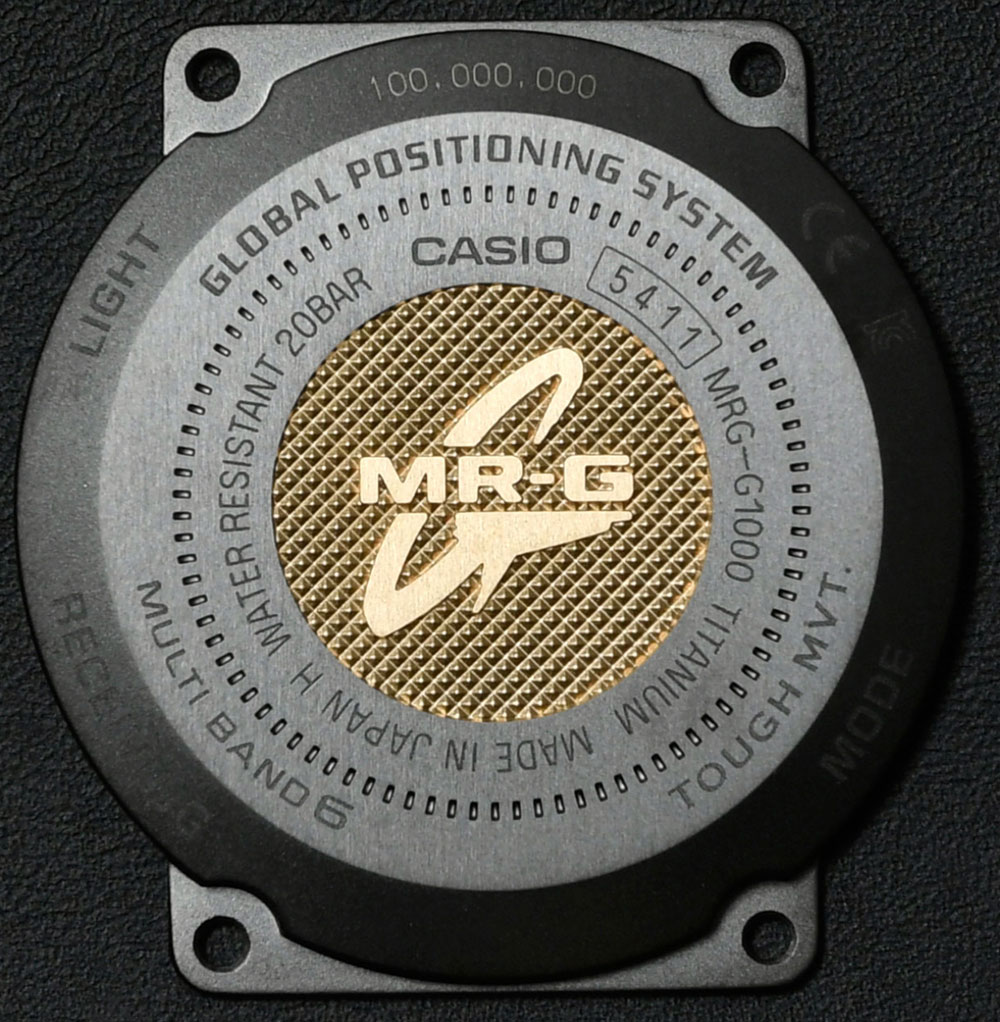 This hundred millionth watch is a good chance to briefly look back at the 35-year development of G-Shock watches. Separately, 2017 also brought the G-Shock 35th Anniversary Collection of matte black watches we covered here. Ever since watches began being carried in pockets, durability in the face of people’s daily lives (and more specific and extreme situations) has been a driving force for innovation right alongside accuracy. See our history of dive watches article here for more about the development of water-resistance and durability in watches. 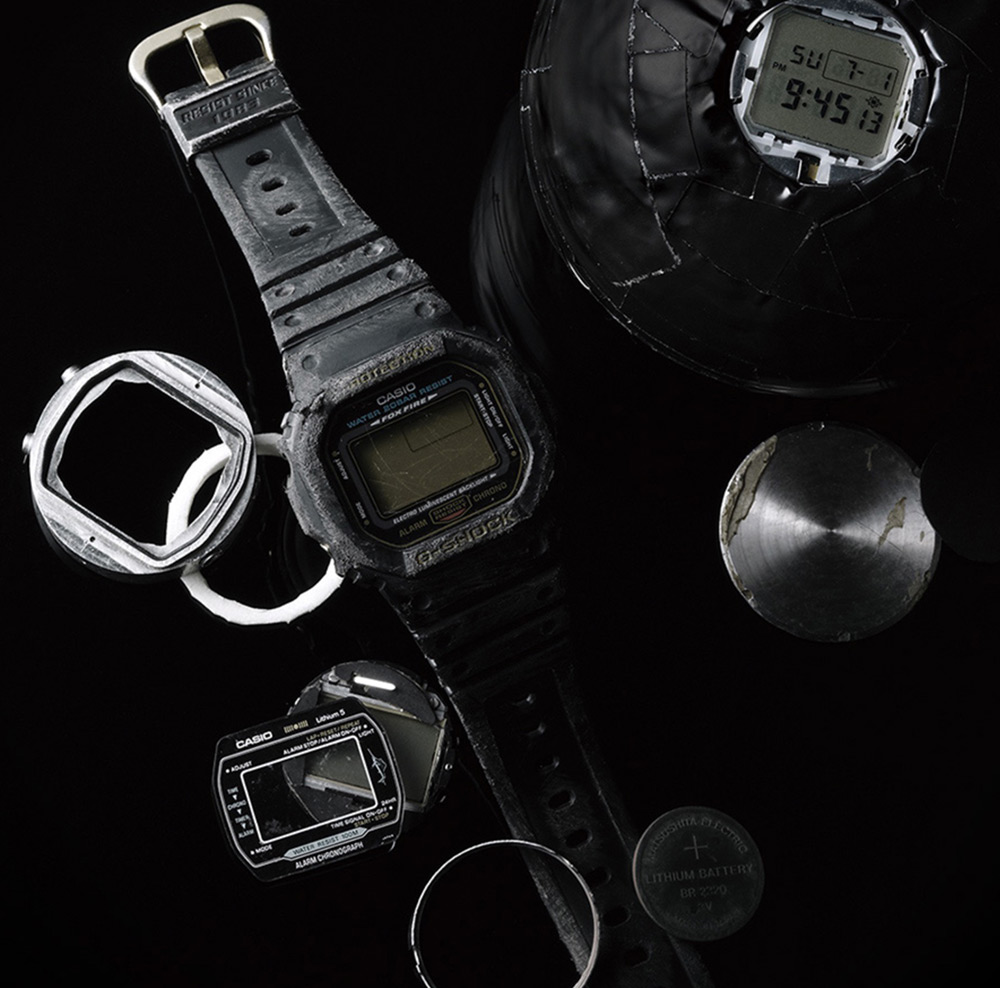 Though quartz timekeeping technology was developed decades before it became viable for affordable mass-production, G-Shock is the ultimate representation of an accurate, durable, affordable plastic digital watch – and in many ways the 1980s decade itself. The impetus to start developing a “shock-proof” watch came when Casio engineer and now folk hero Kikuo Ibe looked in shock at his heirloom watch shattered by only a short drop to the floor, so the legend goes. The name, however, if you didn’t know, refers to the unit “g” used in mechanics to measure multiples of the acceleration of gravity. 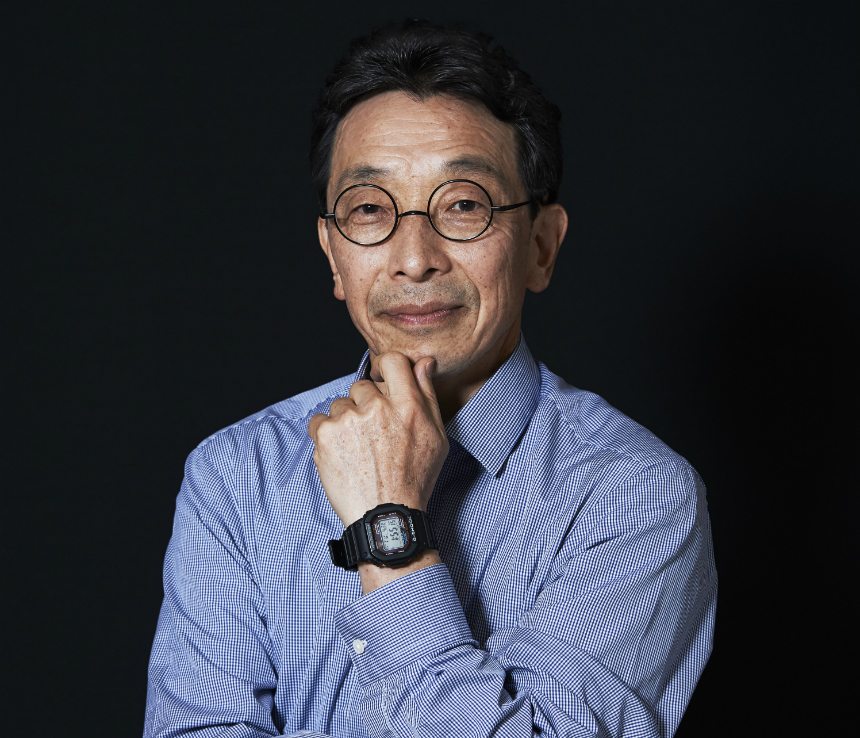 The first G-Shock was the square-shaped DW-5000C, which is the progenitor of today’s 5600 series. A lot of early G-Shocks were plain black as they were intended for rough wearing by professionals before they became an urabn fashion icon and palate for seemingly unlimited wild color variations. But durability and practicality remained a focus for many models as Casio continually crammed more technology, features, and functions into a growing range of shapes, often designed for specific purposes. 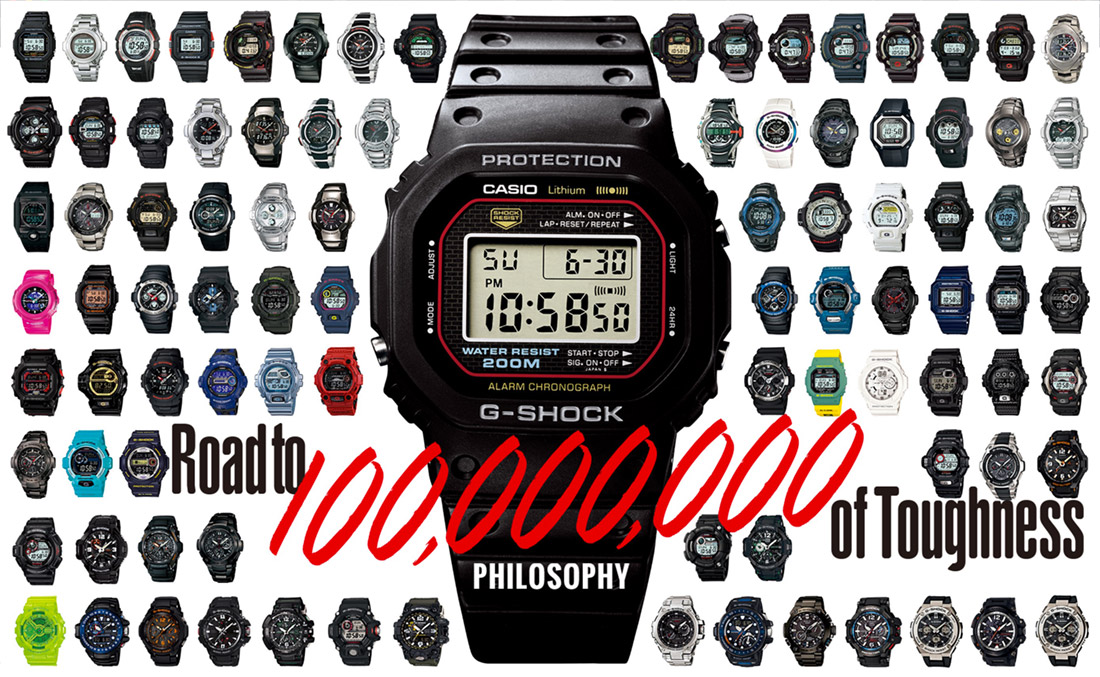 Tough Solar, Casio’s light-charging technology, was a major milestone in 1998 on the DW-9300 (also a very classic G-Shock line), followed by ever more durability features, sensors, and functions. More recently Casio is locked in competition with the other two major Japanese watch makers, Seiko and Citizen, to create the ultimate tech watch with features like time syncing via satellites and radio, as well as more and more smartwatch-like features such as connectivity to one’s smartphone via Bluetooth. The features available in even basic G-Shocks are often too many to tackle in anything but list form, and I’m including Casio’s list of “Key G-Shock Models” with the technology they introduced in the gallery below. 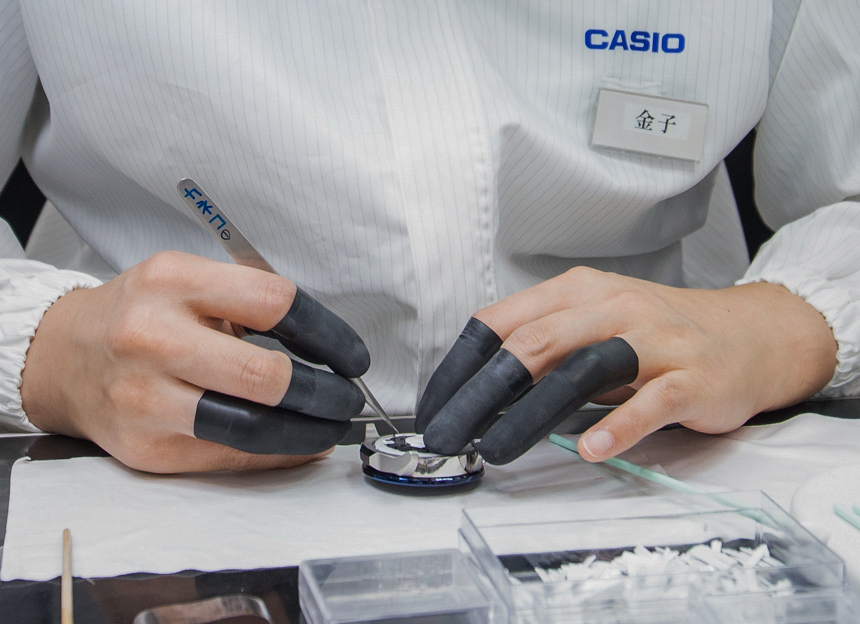 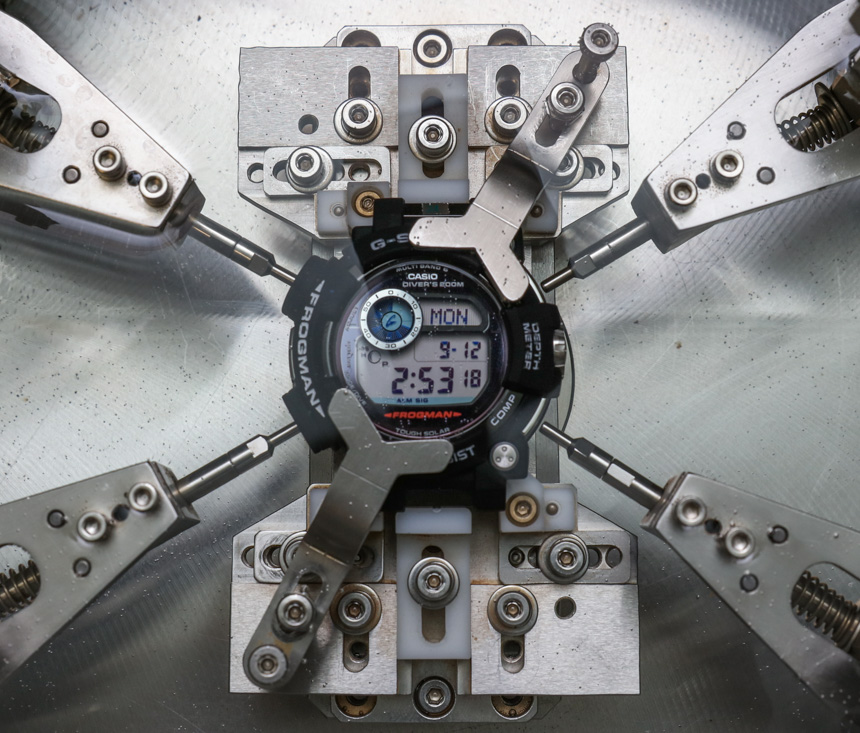 There are very good, practical reasons for using plastic and digital displays both for durability and cost, and those things define the personality and distinctiveness that I appreciate about G-Shocks. The higher-end G-Shocks like the MR-G and MT-G carry Casio’s latest technology with premium materials and parts, and are assembled in Japan, often by hand, as we observed during a visit to the G-Shock headquarters and facilities (an absolutely fun read). They are cool, but an entirely different animal from those more “pure” G-Shocks such as the plastic wonder I’m wearing as I type this article. The Casio G-Shock MR-G G1000B-1A4 Akazonae watch is one of those halo products meant to represent the pinnacle of Casio technology. 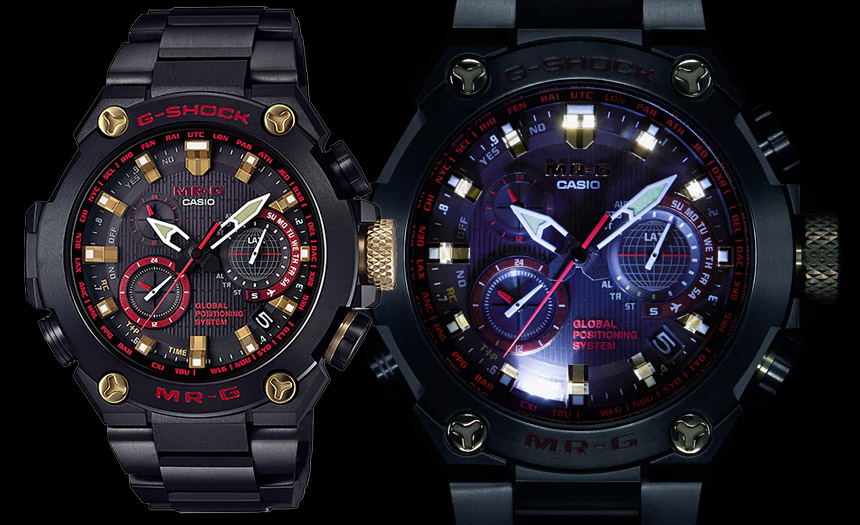 There will be no slowing or stopping with the hundred millionth G-Shock, and the future may just hold a commemorative caseback with a statement like “billions and billions served.” G-Shock having conquered the earth, Mr. Ibe has his sights set on the universe. The Casio G-Shock MR-G G1000B-1A4 “Akazonae” with the commemorative hundred millionth G-Shock commemorative caseback, alas, is not for sale, surely to the disappointment of some hardcore G-Shock collectors out there. The standard production model has a price of $3,000 in the US. g-shock.com