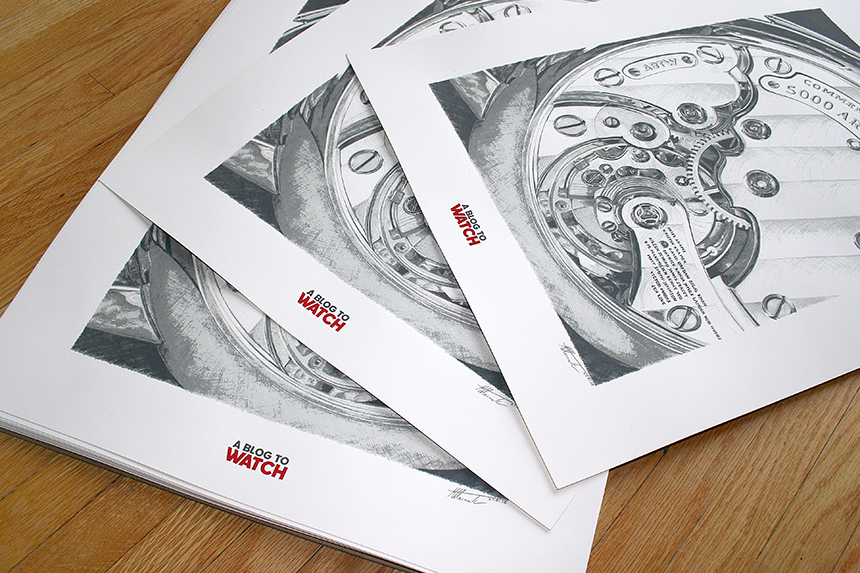 Art To Commemorate Over 5,000 Watch Articles Published On aBlogtoWatch

It has been almost three years since I wrote about reaching a milestone on aBlogtoWatch, and that was in 2012 when we hit 2,500 posts. Recently, aBlogtoWatch published its 5,000th article, and by the time this article is published, we will have somewhere around 5,200 posts. That is an awful lot of content, and I’ve often wondered about how many physical pages it would all fill if someone were to print out aBlogtoWatch in its entirety. 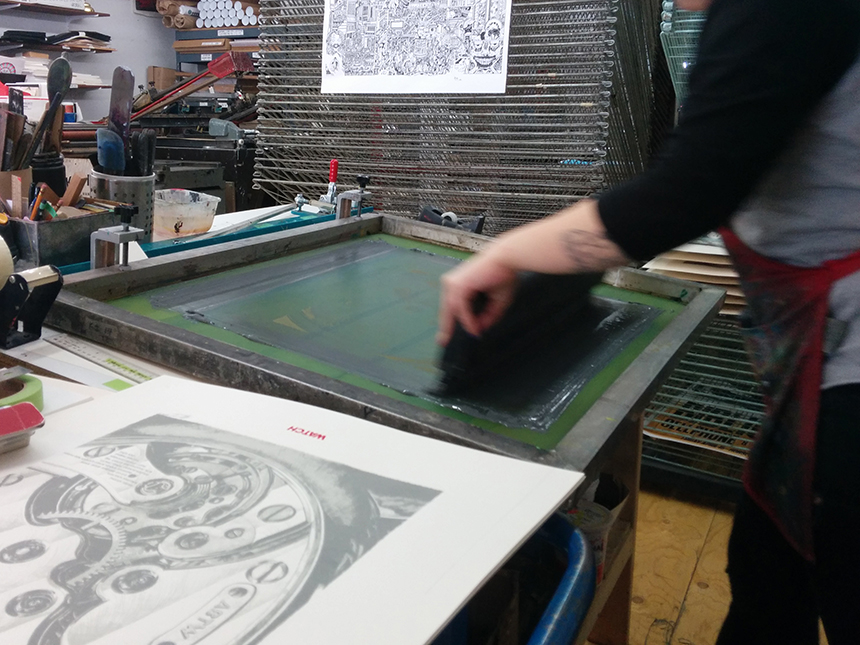 This year, in 2016, aBlogtoWatch will turn nine years old. But it continues to feel like a startup company, as we frequently implement new ideas, reach important milestones, and more importantly, perpetually refine and tweak what we do with the knowledge that our team’s high-standards will prevent us from ever feeling complacent. 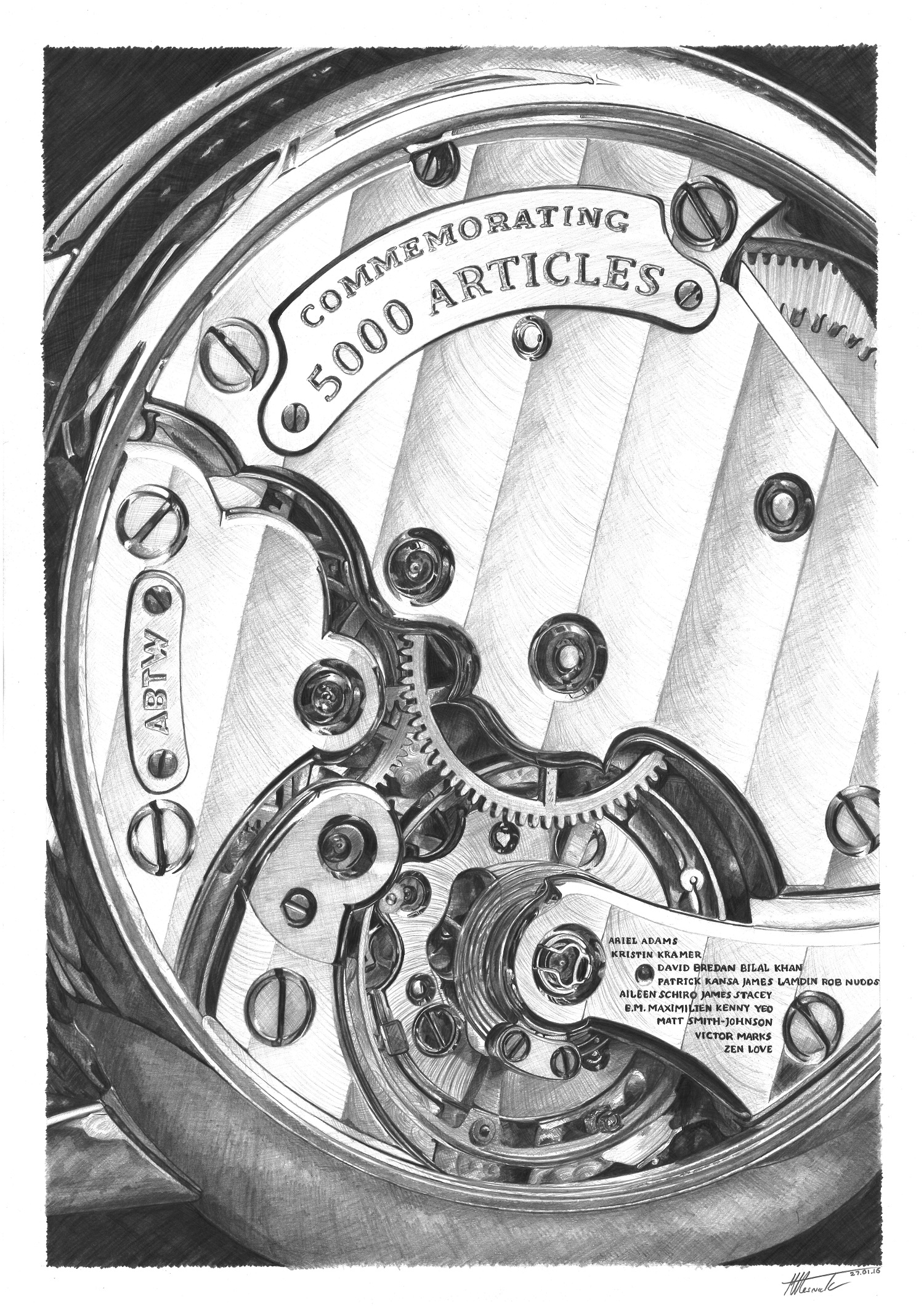 Before writing this article, I decided to go back and reread my older articles celebrating previous publishing milestones starting with my early 2010 article when aBlogtoRead.com published its 1000th article. Ironically, I asked the same question about how many pages in a book our content would fill if printed. Optimism was high and the 1,000-article mark felt like a step that made my work truly relevant to the watch industry and enthusiast community. Almost two years later, at the end of 2011, I wrote an article celebrating our publication of 2,000 articles. Short and to the point, the article mainly showcased a cool poster made for us by Russ Schwenkler (that still hangs on my wall today). The brevity of the article was a clear sign of how busy I had become. It was only then when my online watch magazine was starting to get serious about bringing aboard some help to grow. 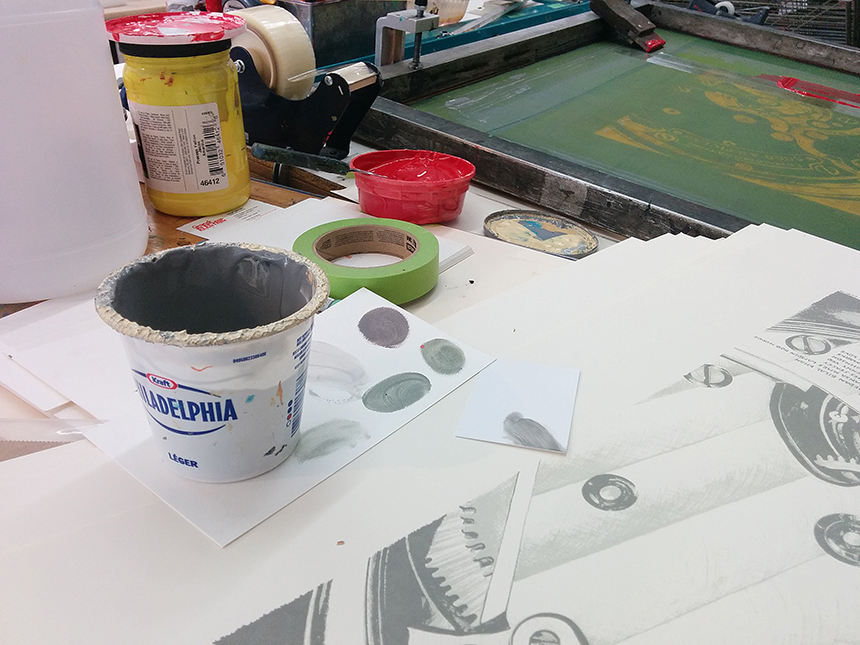 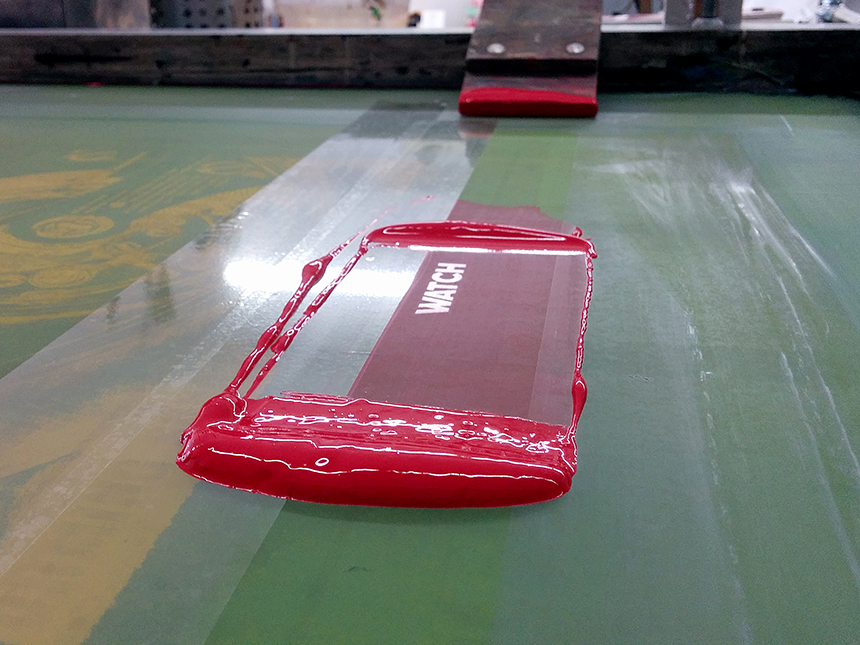 Almost exactly one year later, in 2012, I wrote one more milestone article about aBlogtoWatch reaching 2,500 posted articles. This was shortly after we officially changed the name of the site from aBlogtoRead to aBlogtoWatch – which, for me, symbolized that the site was no longer a resource only for watch enthusiasts, but one whose mission had to be more ambitious in offering information and opinions for both enthusiasts and new or casual watch lovers alike. 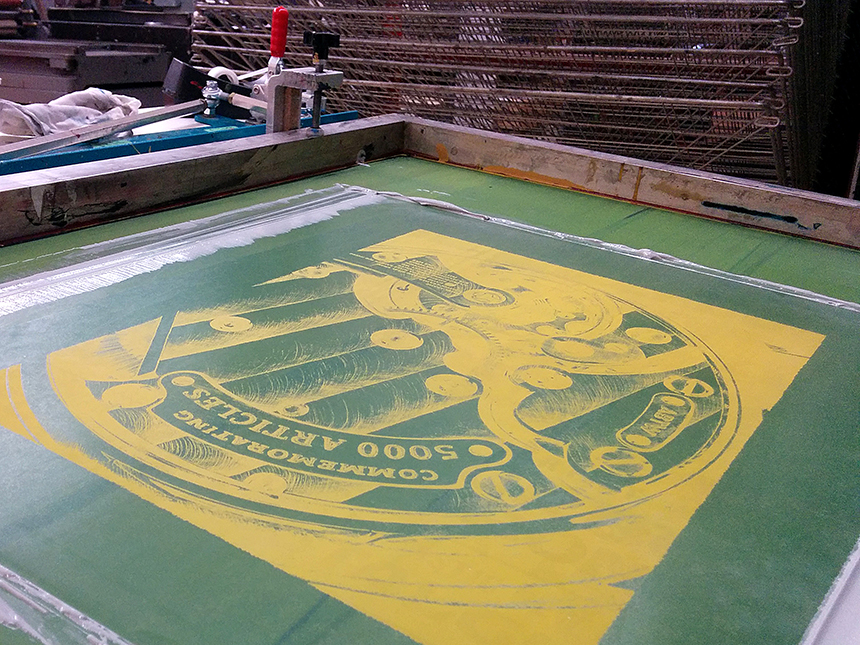 At the time, in 2012, the “aBlogtoWatch” name was still new, and it was a regular part of my writing to remind people that “aBlogtoRead = aBlogtoWatch.” I’ve long since stopped doing that, but I find it funny that even today in 2016 more than a few people in the watch industry still refer to us as “aBlogtoRead,” as old habits die hard. In my article celebrating 2,500, I begin to take a more editorial role, to not only cover the watch industry (rather than just watches), but also in talking about the lifestyle of being a blogger and running a business involved in watch media. You can hear my optimism as well as struggles, as I faced (and continue to face) numerous challenges and obstacles to growing the business. Not that any business is easy to start, maintain, or grow, but as many of you know, being in the digital media business has never been more challenging. 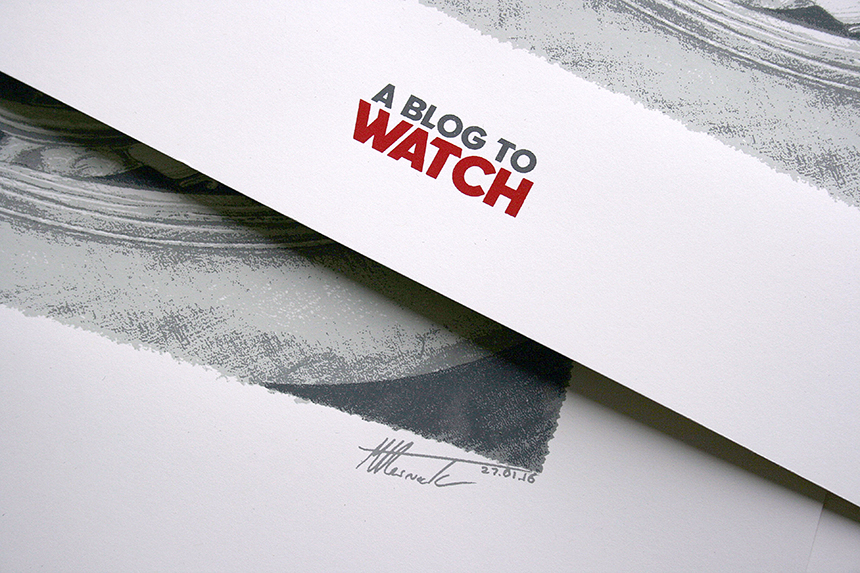 Luckily for aBlogtoWatch, we exist near the top of the ladder (compared to other types of media websites) when it comes to offering sophisticated, original, and useful content. The reason for this, in my opinion, is not just that aBlogtoWatch produces content that our own team would want to consume ourselves, but also that we want to satisfy the demands and expectations of our audience. In my travels and opportunities to meet aBlogtoWatch audience members, I am proud to say that they represent some of the smartest, most successful, and talented people I’ve had the good fortune of knowing. And yet still today, we regularly enter the lives of new people around the globe. 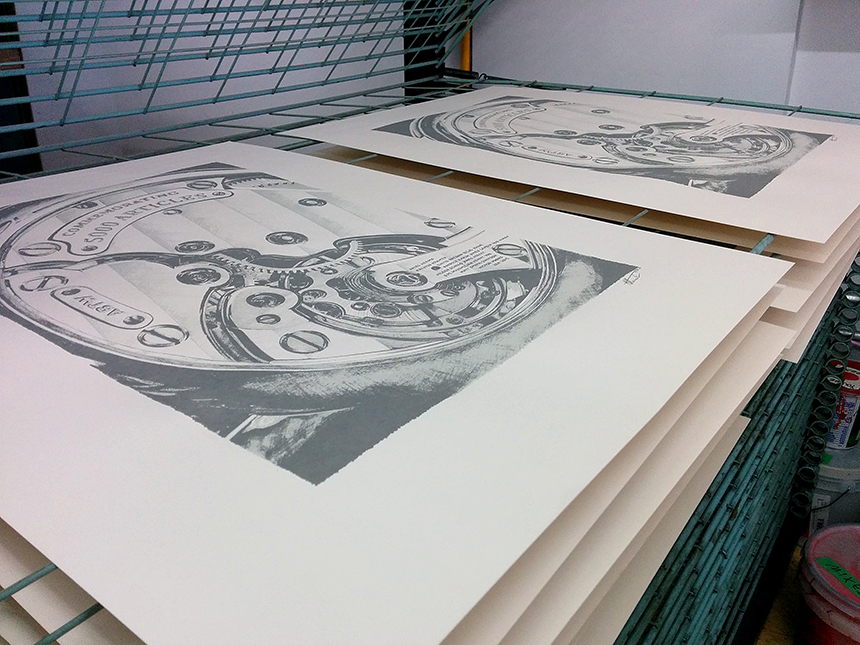 Rather than once again narrate the journey which has brought aBlogtoWatch to 5,000 articles, I am here to present you with a piece of original artwork we commissioned from watch designer and illustrator Max Resnick. The final idea was to have him modify and draw a section of a watch movement with some meaningful words on it to celebrate this milestone which I share with the rest of the aBlogtoWatch team. Whose movement to emulate? None other than one produced by Philippe Dufour, specifically that of the Simplicity watch that he wears on his own wrist. Dufour himself is the type of personality we most respect in the watch industry. Honest and intelligent, Dufour combines natural talent with honed skills and a sense of justice and fairness which colors his comments and actions in the traditional watch industry. Listen to Mr. Dufour with care, as he is one of very few authentic industry watchdogs. We are proud to have been inspired by his work for this carefully hand-drawn piece of artwork by Max. Here are some words from Max on the illustration project and aBlogtoWatch: 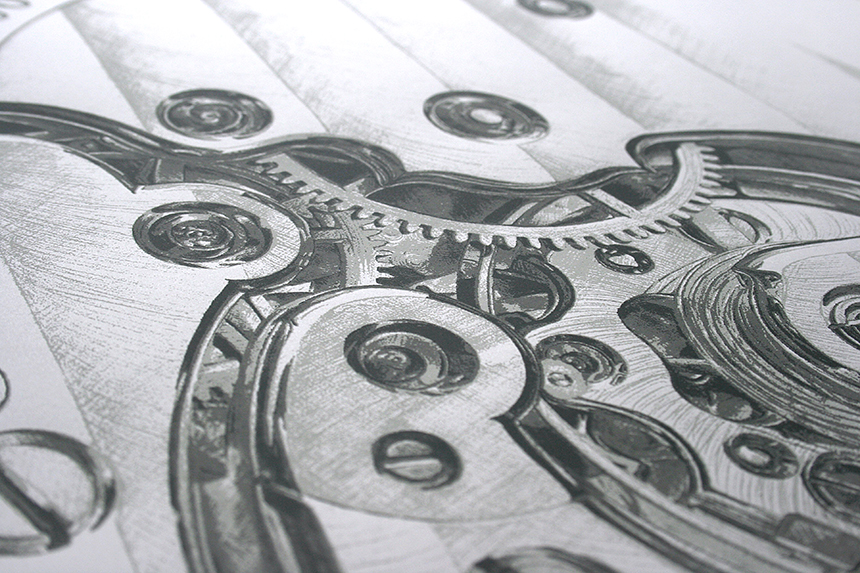 It was a very special opportunity for me to have been asked to create this bespoke artwork commemorating 5,000 articles at aBlogtoWatch. Everyone involved clearly has a passion for what they do, and for me to be able to help celebrate that with a passion of my own was incredibly exciting.

The piece itself is inspired by the entire team behind the site, working much like a finely finished movement in keeping things running smoothly and the articles flowing. From there, it seemed fitting for the artwork to be an elegant and refined movement in my photorealistic graphite style, bespoke to aBlogtoWatch with ‘engravings’ suited to the occasion and hidden ‘Easter eggs’ such as a camera and a computer screen hidden as weights on the balance wheel.

As a watch lover, aBlogtoWatch is how I keep up to date on all the latest releases no matter where I am at any time of day, with something new on the site every time I visit. I am especially drawn to the honest and opinionated writing style of the contributors which is refreshing compared to more traditional media that we usually see in the watch industry.

aBlogtoWatch also holds another importance to me as someone working in the watch industry. As a horological designer it is very important for me to be able to spot trends and gauge public opinion which is easy to do with just a short scroll through the comments! 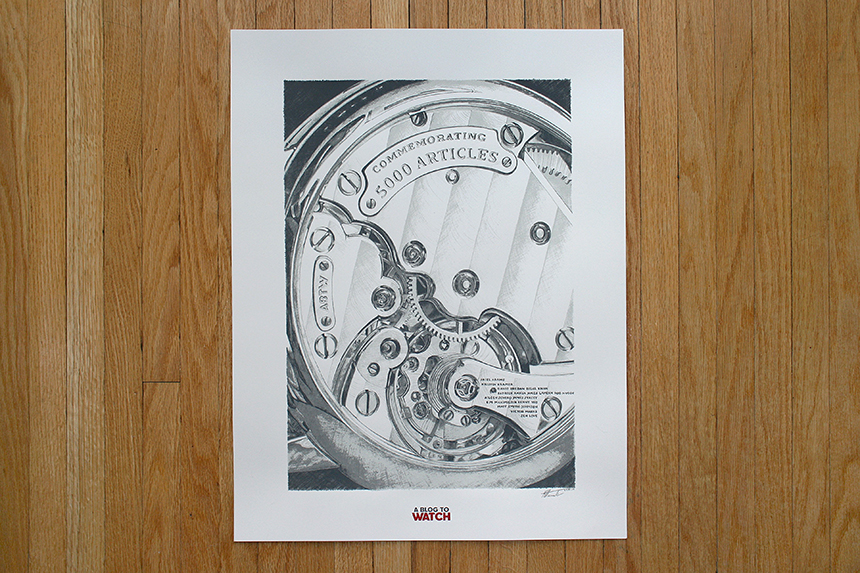 After Max finished his beautiful illustration, we decided we needed to share the work with as much of our team as possible – so we had some posters made. In line with our passion for showing you how watches are made, we have some images of these posters being printed in Toronto, overseen by our art director Matt Smith-Johnson. In our celebration of 5,000 posts as well as the creation thereof, I recognize more than ever how it takes a team to make it all happen, and how it takes a dedicated community to support it. Also, we had just a handful of extra “aBlogtoWatch 5,000” posters made which you can purchase through our excellent printer Kid Icarus. We aren’t selling these to make a profit (in fact we aren’t making a profit, as Kid Icarus is just charging for the time and materials), but we’d like them to go to good homes, and they will cost just $35 Canadian dollars each. If you want one, then contact Kid Icarus here.

aBlogtoWatch has never been more fulfilling to operate, but also never more challenging. My skills and aptitude as a team leader and business owner are tested beyond limits (you’ll notice how I just borrowed Bremont’s slogan there) on a regular basis as I push to grow, improve, refine, and most importantly, evolve with the times. So thank you, aBlogtoWatch team; thank you; aBlogtoWatch audience community; and of course, thank you, watch industry, for putting up with our passion, enthusiasm, impatience, complaints, noise, attention, and tireless goal to help you improve and to get more watches on more wrists.