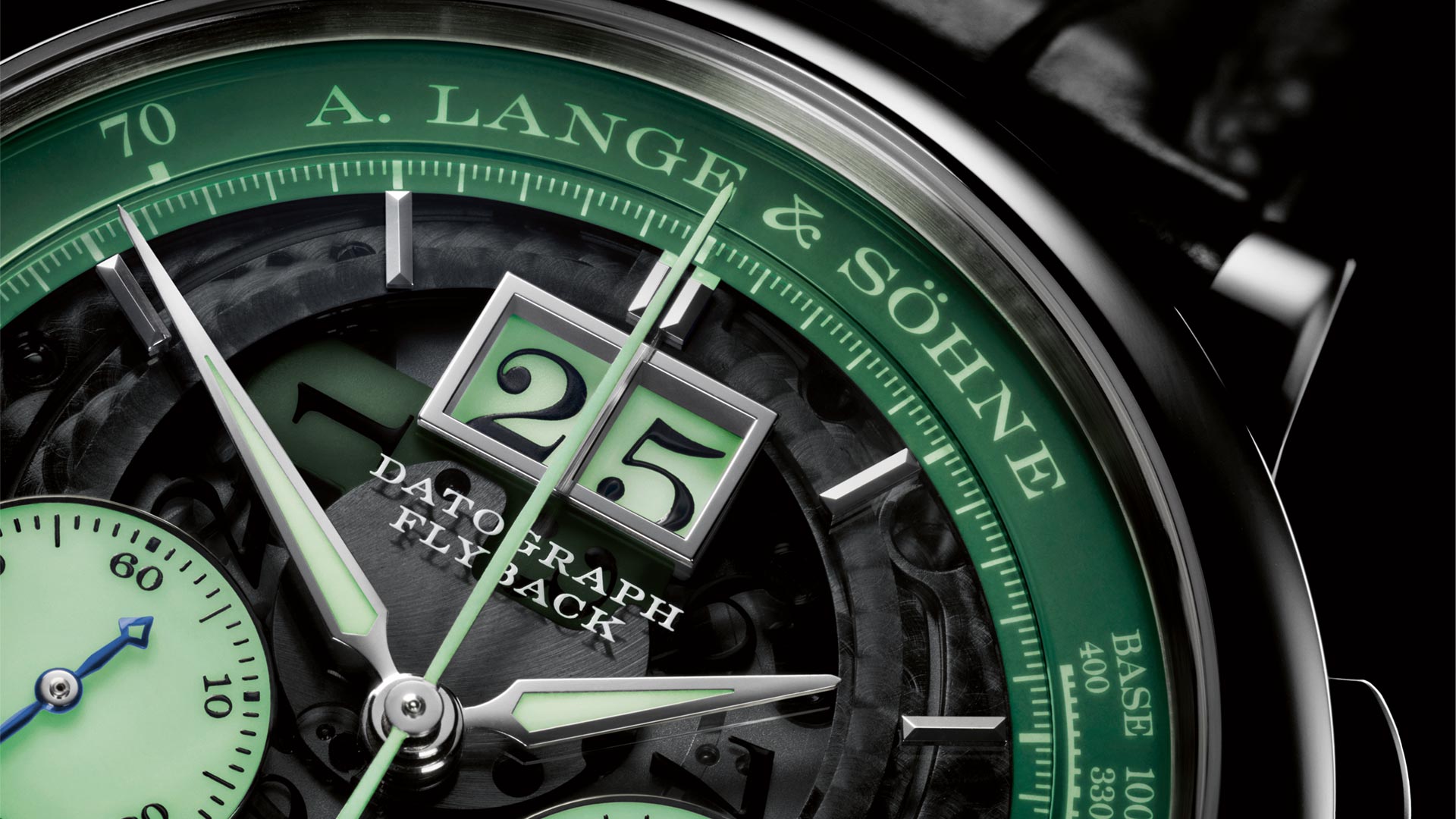 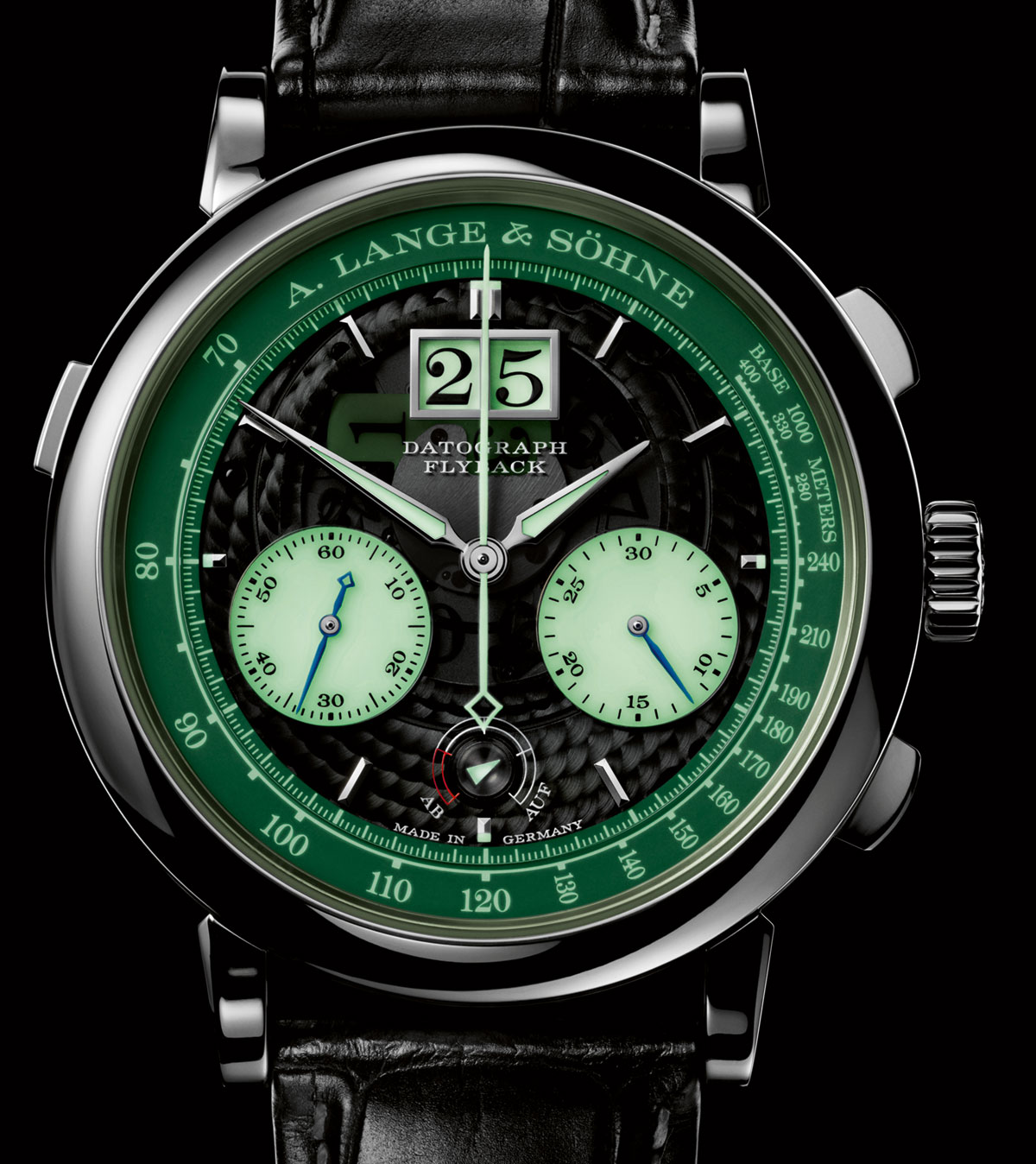 Next year, in 2019, A. Lange & Söhne‘s Datograph will be 20 years old, but ask almost anyone at all and they will say that it remains no less impressive today. It might be too nitpicky to point out that it’s difficult to operate in low light, but while a smattering of lume on the dial is enough to tell the time, it is insufficient for the reading the date, much less operating the chronograph. The brand has addressed this with the new A. Lange & Söhne Datograph Up/Down “Lumen,” which is the first Datograph that, I can safely say, can be easily read and operated in the dark. Though, perhaps more importantly, it just looks very cool all “lumed out.” 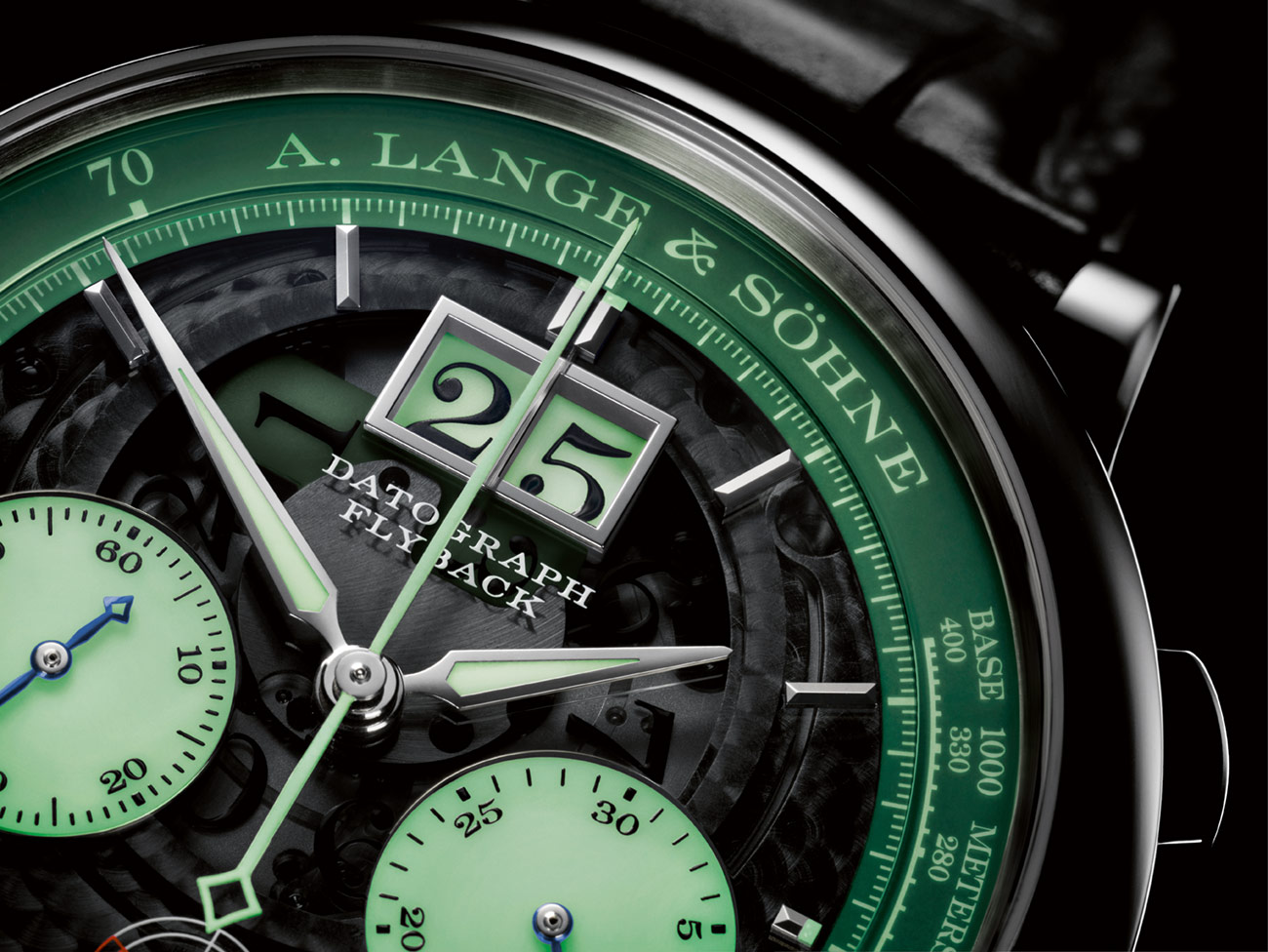 The importance of the Datograph for A. Lange & Söhne cannot be overstated. For sure, it heralded the brand as a serious player in the realm of high-end watchmaking. More notable, though, is that it was the first all-new chronograph movement in years and it prompted Patek Philippe and Vacheron Constantin to step up their game and introduce their own in-house chronograph movements. 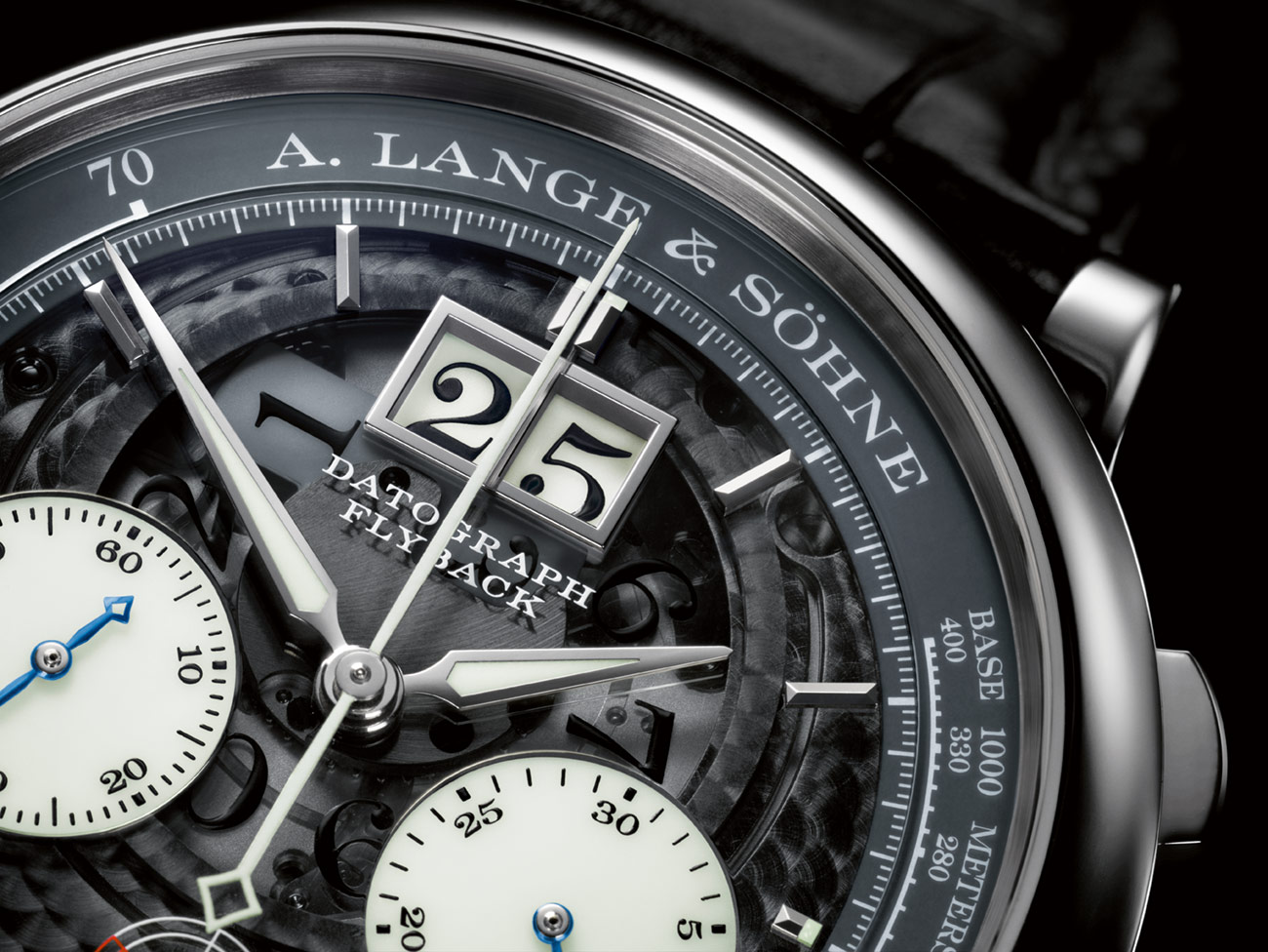 If you were to quickly glance at the new A. Lange & Söhne Datograph Up/Down “Lumen,” you might mistake it for a regular Datograph. All the basic ingredients are there. It has a 41mm platinum case, the signature outsized date, and the two subdials which are positioned slightly below center. But look closely and you will notice that there are many changes. 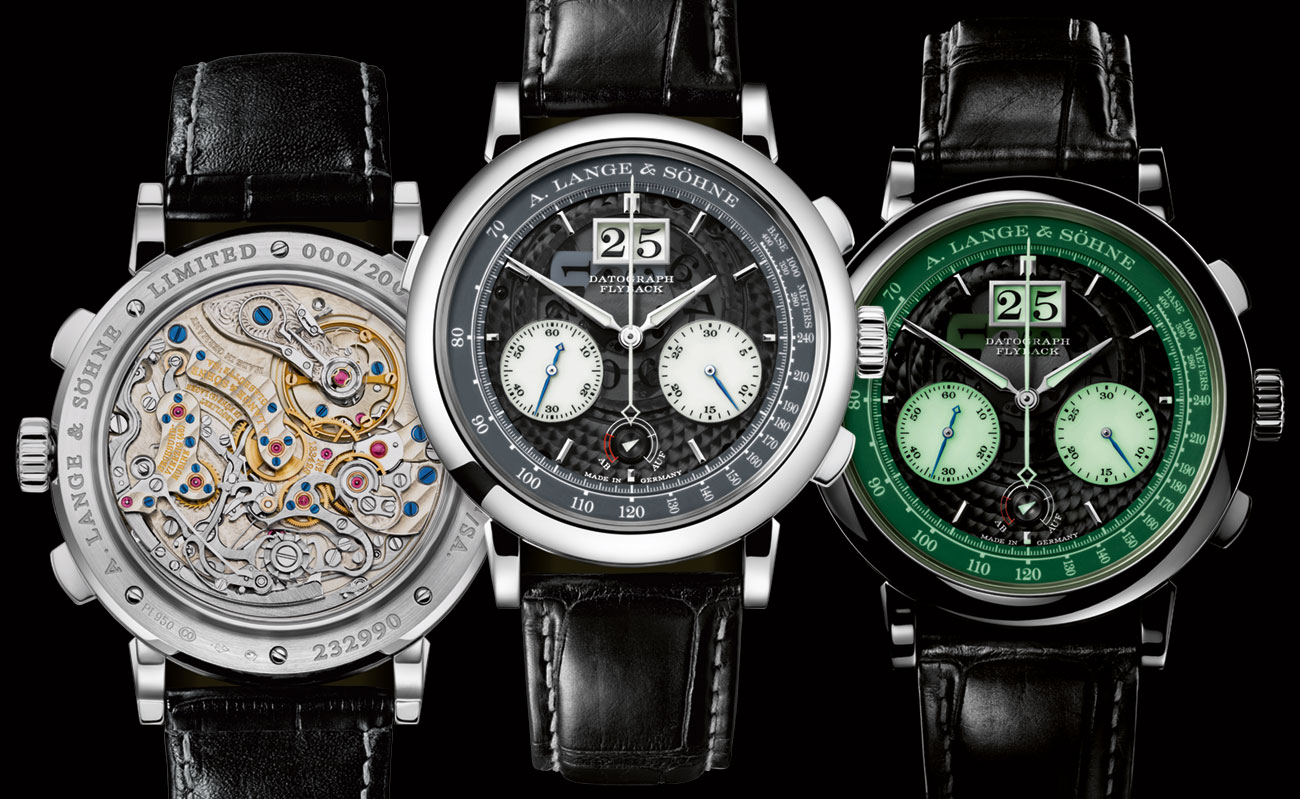 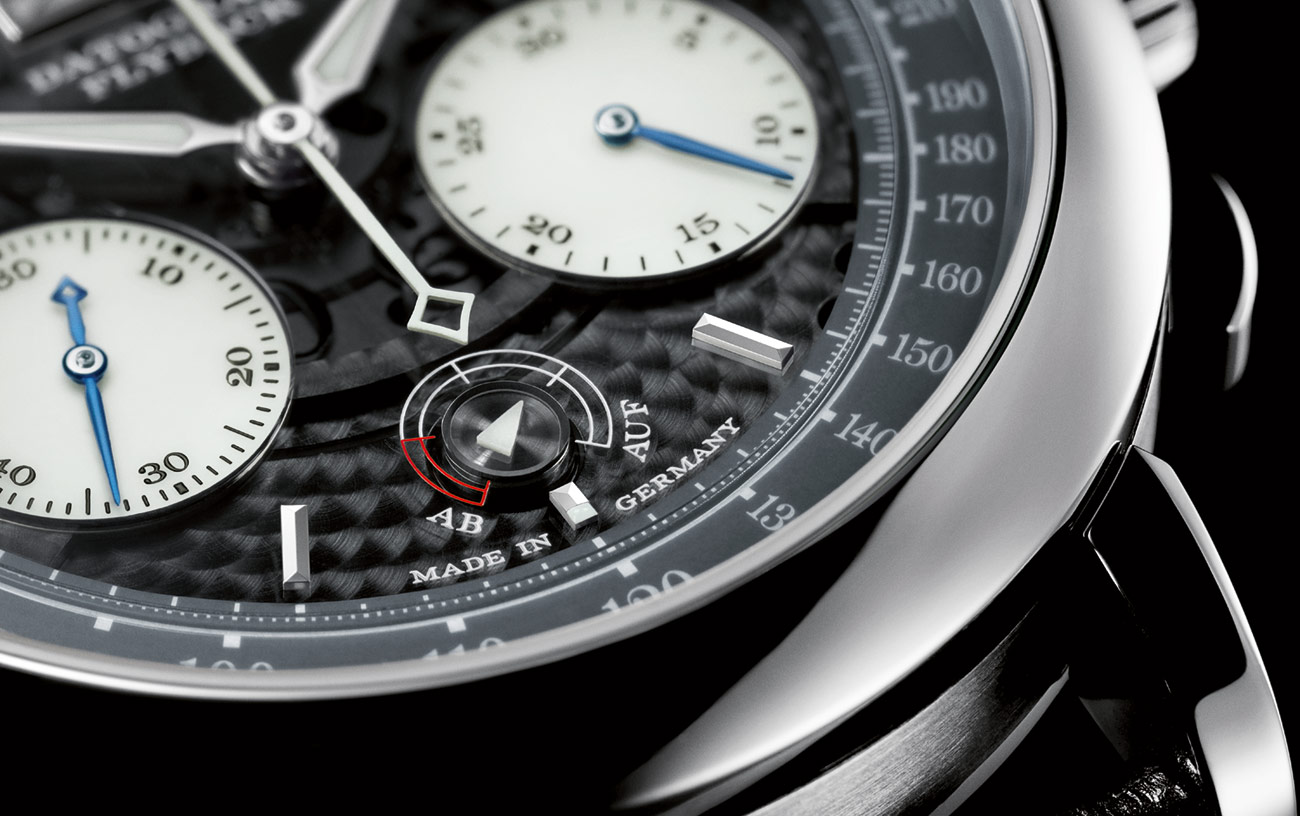 To begin with, the central dial section is made up of smoked sapphire glass. This makes it possible to get a glimpse of the main plate and its perlage finish. More importantly, however, it allows ultraviolet light to pass through so that it can charge up the date discs, which are filled with luminescent material, even when they are not visible in their aperture. This means that the date remains visible in the dark even if it changes after midnight. 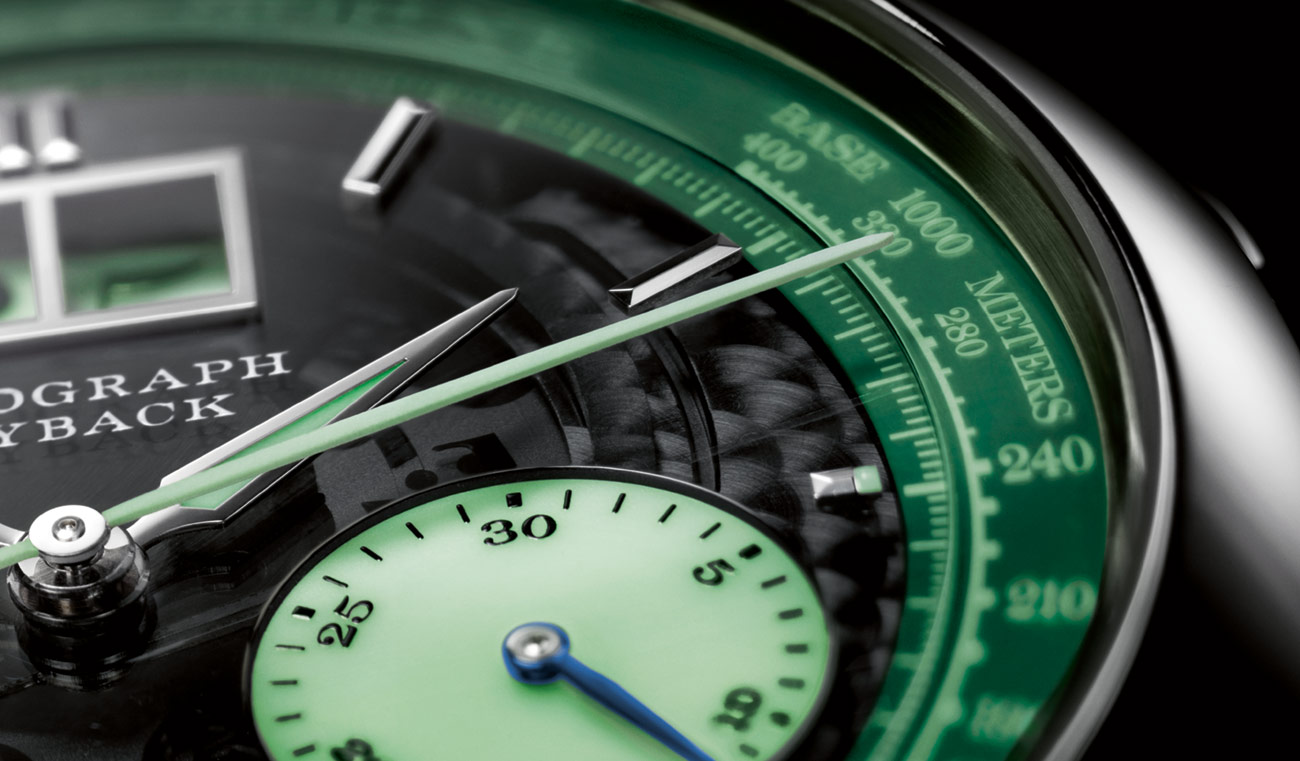 What about the chronograph? Can I use it in the dark? Of course, you can. The central chronograph seconds hand is luminous and so is the entire tachymeter scale. Furthermore, instead of making the chronograph minute hand luminous, A. Lange & Söhne has cleverly made the two subdials luminous instead so that their hands and their respective dial markings contrast brightly against the dial itself in the dark. But Lange didn’t stop there, even the power reserve indicator is luminous too, so you know exactly how much power is left in the watch’s mainspring. Finally, the hour and minute hands of course received the same treatment. In other words, every function of the watch remains completely usable even in low light. 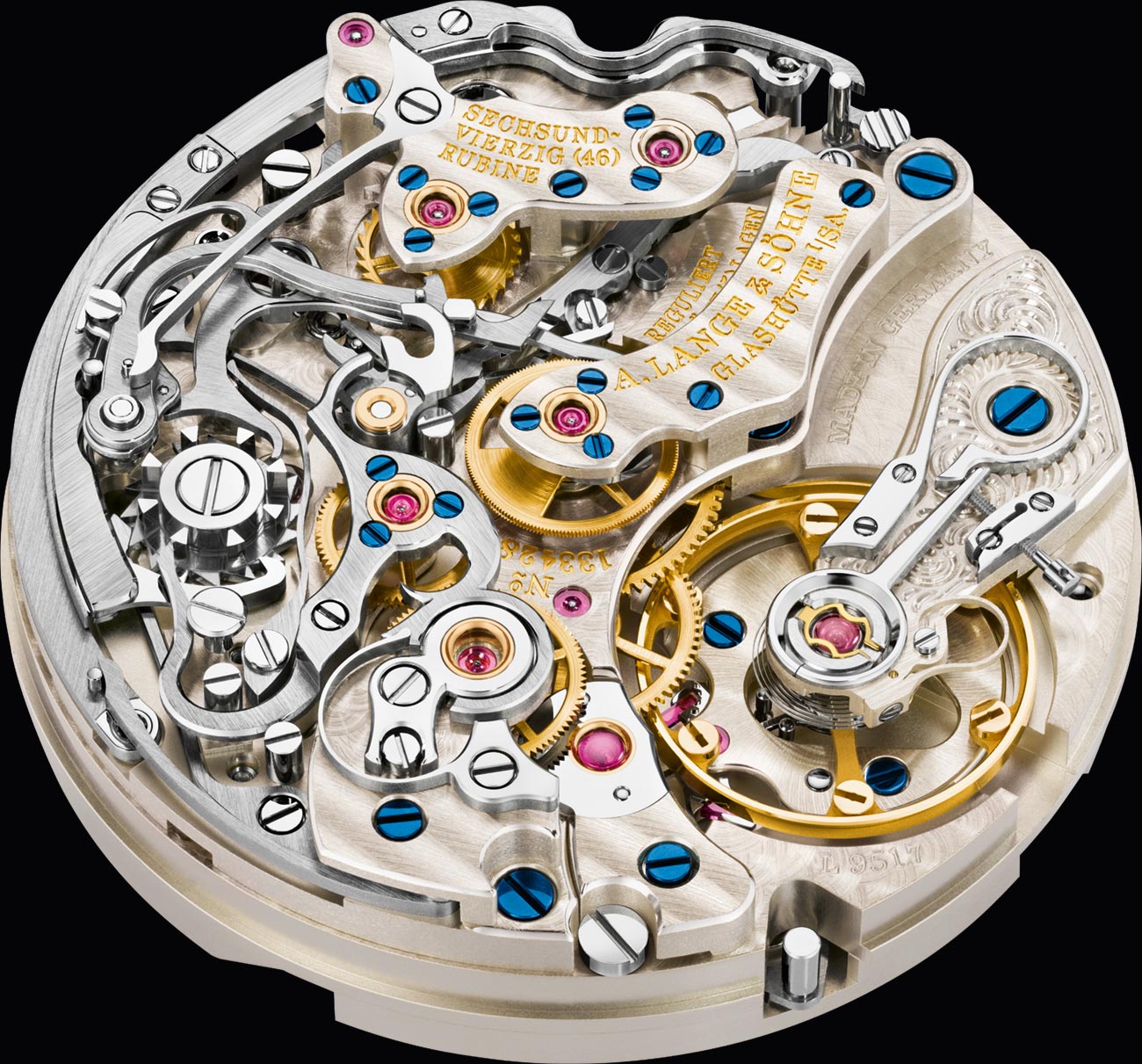 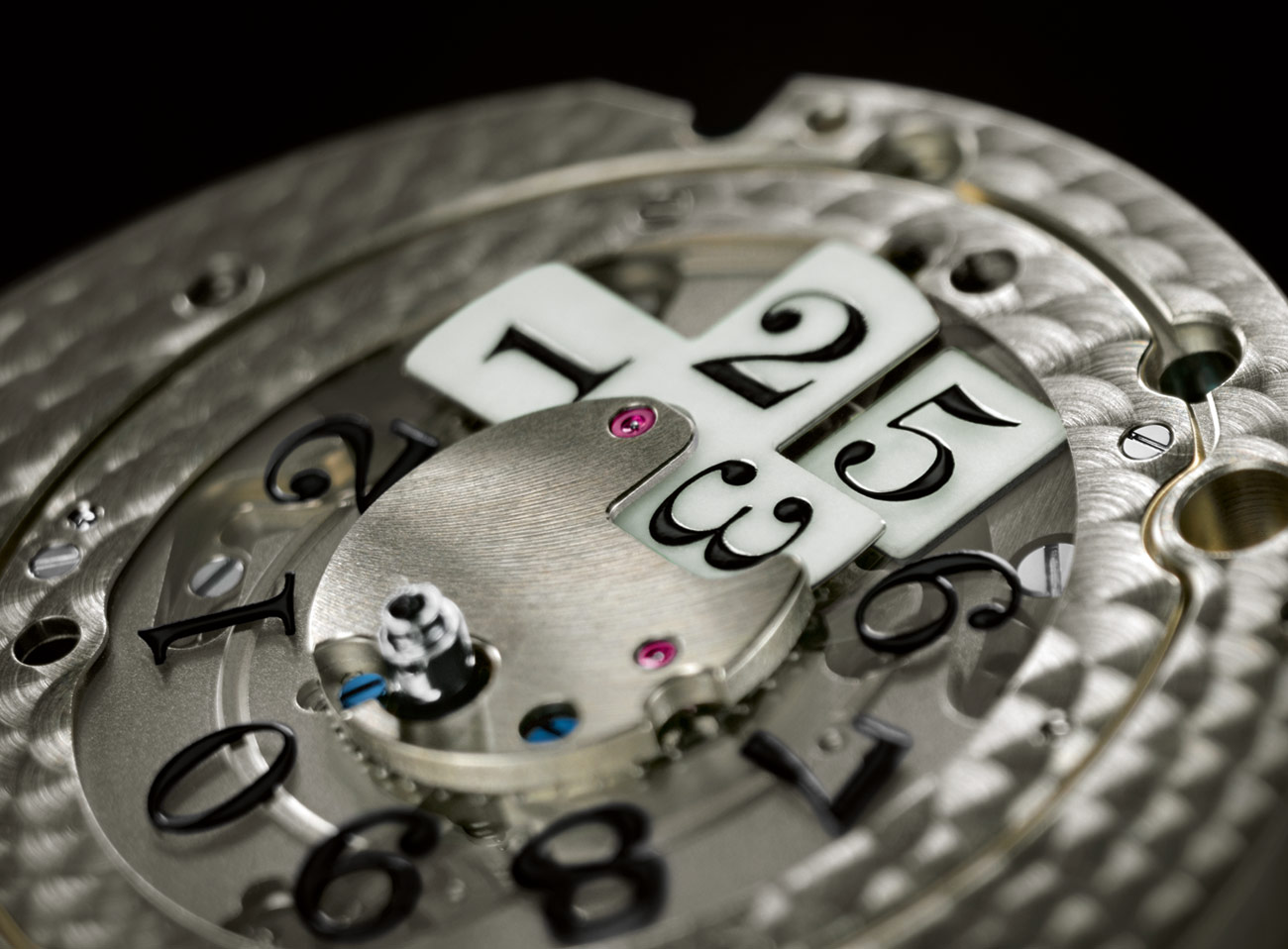 Inside, the Datograph Up/Down “Lumen” is powered by the venerable caliber L951.7. It is visible through a display case back and remains one of the most visually appealing and immaculately decorated movements you can find in a serially produced watch. It beats at a leisurely 2.5Hz and has a power reserve of 60 hours when fully wound. 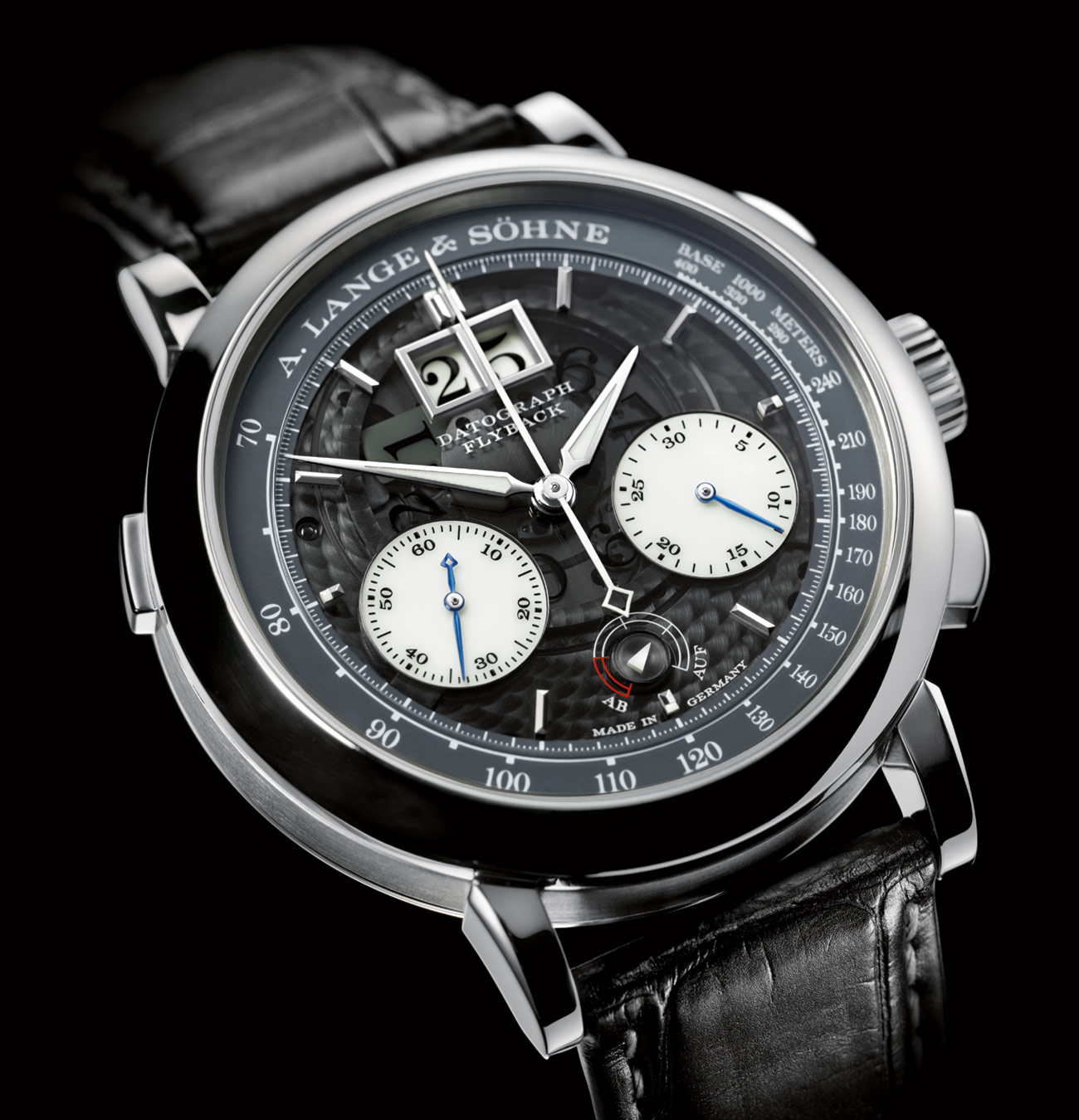 This isn’t the first time A. Lange & Söhne has created such a watch. Previous “Lumen” watches with quite similar concepts include the Zeitwerk Luminous, a Grand Lange 1 Lumen, and the Grand Lange One Moonphase Lumen that we saw hands-on here. But this is a Datograph, arguably the watch that the brand is most well-known for. And oh, have you seen the movement? Even though the movement has been around in some shape or form for almost 20 years now, it still remains breathtaking every time I see it. The A. Lange & Söhne Datograph Up/Down “Lumen” is limited to 200 pieces and is priced at $100,500. Learn more at alange-soehne.com