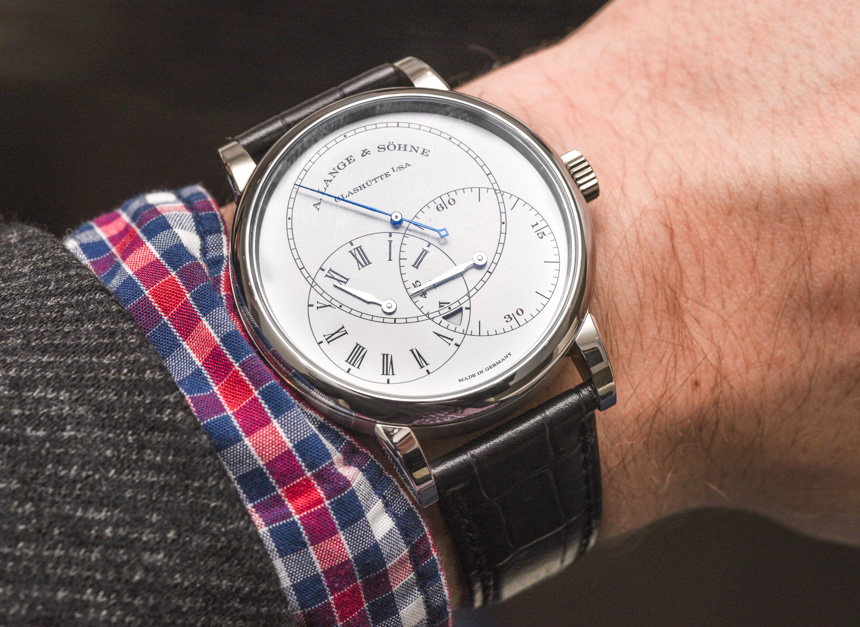 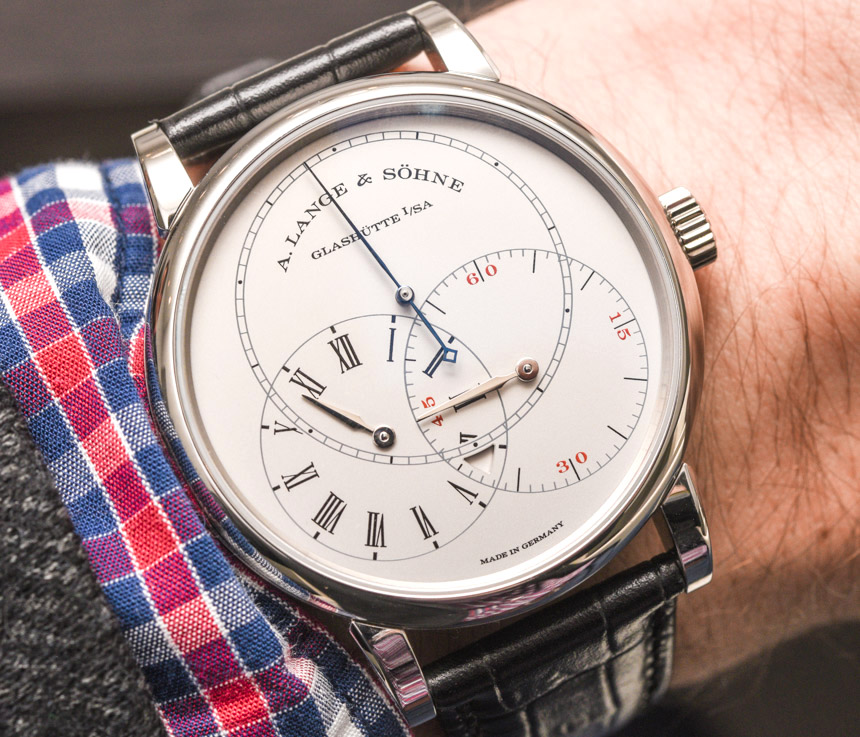 Our preference for certain types of watches over others mostly boils down to a matter of taste. Taste is subjective. It cannot be measured, and it cannot be quantified. While watches from A. Lange & Söhne might not be to everyone’s taste, it is very hard to dismiss what they do as anything but admirable and special. Indeed, we have seen examples of their fine work in watches like the Datograph Perpetual Tourbillon and the simply mega Richard Lange Perpetual Calendar “Terraluna” watch. Today, I want to bring your attention to an A. Lange & Söhne masterpiece that looks deceptively simple, but is actually quite complex. I am, of course, referring to the Richard Lange Jumping Seconds watch that debuted earlier this year at SIHH 2016. 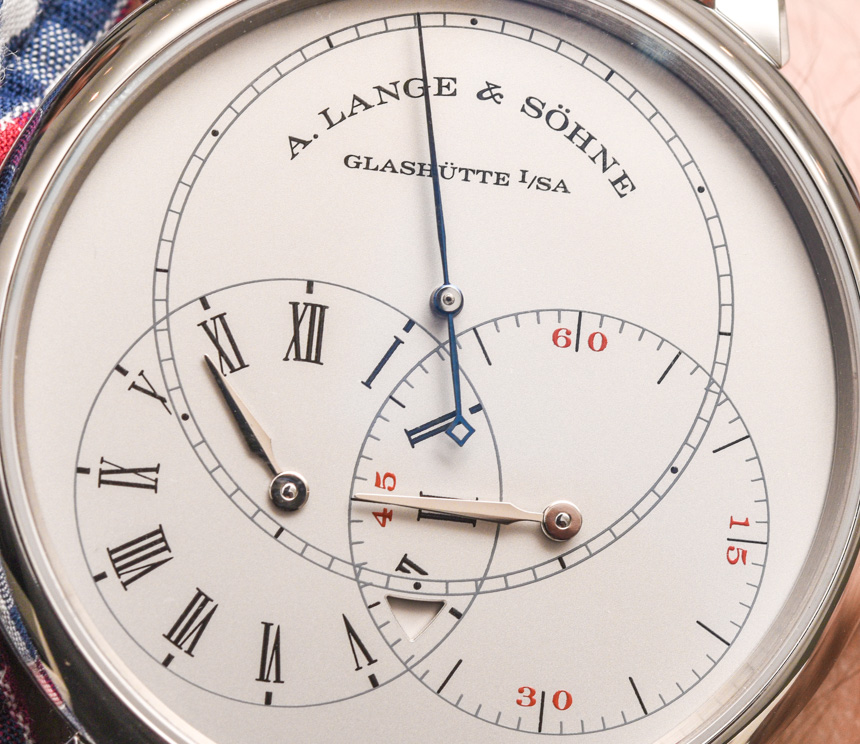 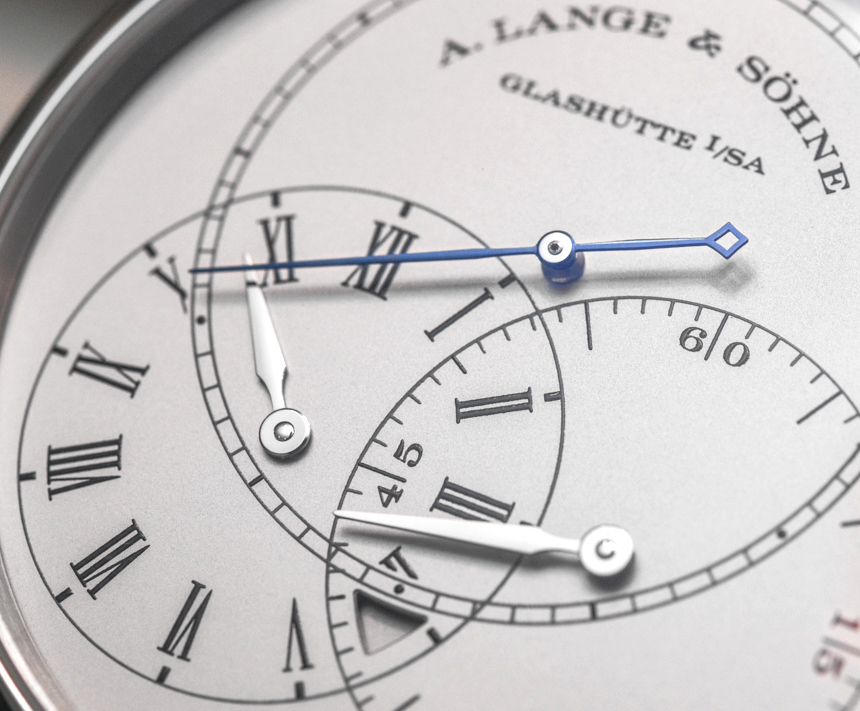 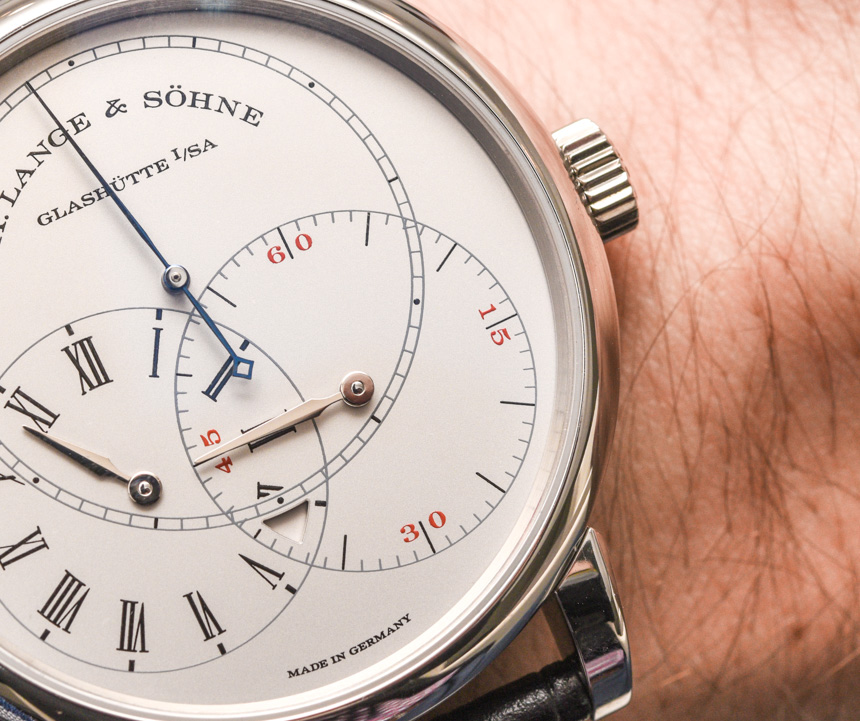 Die-hard A. Lange & Söhne fans will also notice that dial arrangement on the Richard Lange Jumping Seconds is a little different. It still has the typical Lange regulator-style display, which consists of three intersecting sub-dials, but the seconds sub-dial has been moved to the center – typically, it’s on the bottom left. The reason is simple: the jumping seconds mechanism needs to take center stage. Hours are read off on the dial on the bottom left, while the minutes are displayed at the sub-dial on the bottom right. 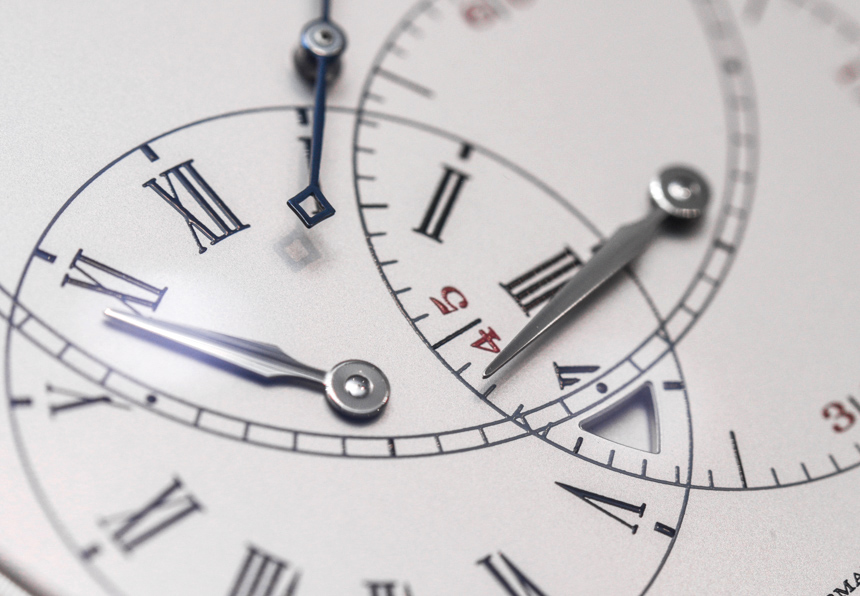 The silver dial is immaculately finished. The large blued seconds hand has a consistent color and the two smaller spear-shaped hour and minute hands are finely polished and easily catch light. So unless you are in the dark (there’s no luminescent material on the watch) legibility is certainly not an issue. 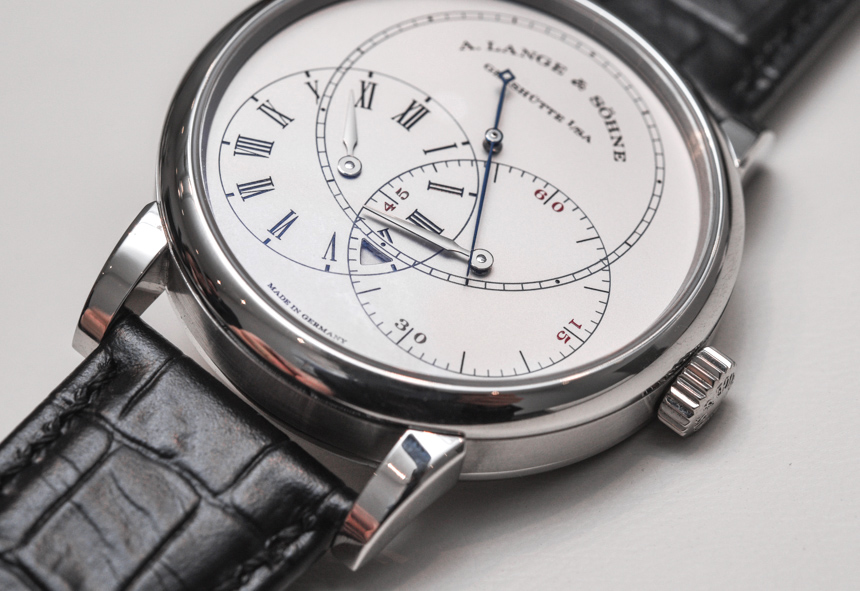 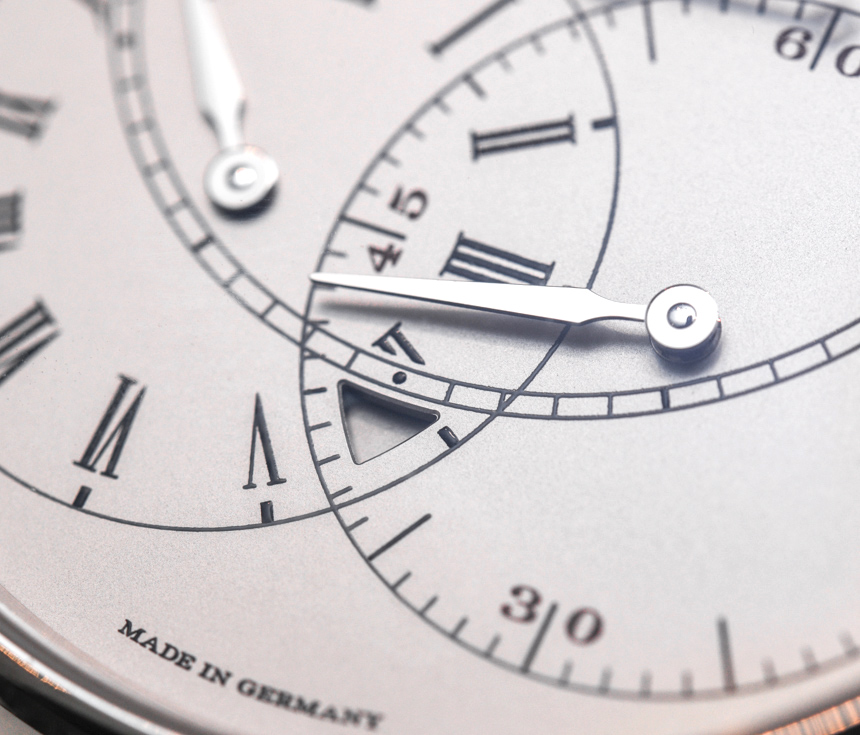 There’s also a small window where the hour and minute sub-dials intersect, and that’s the power reserve indicator. As the mainspring winds down, the window turns from white to red. When it turns red, it means that the movement is running on its last 10 hours of power reserve and owners should wind their watch. Yes, the A. Lange & Söhne Richard Lange Jumping Seconds is a hand wound watch. Power reserve is an adequate 42 hours. 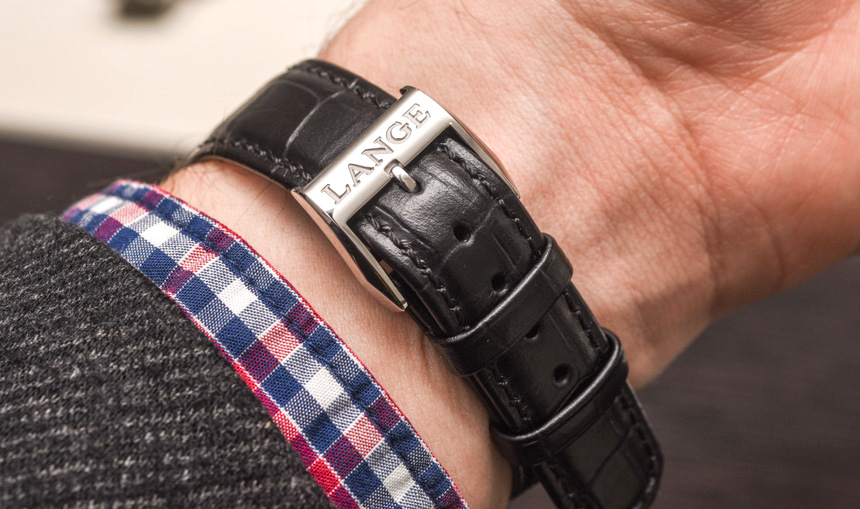 The Richard Lange Jumping Seconds watch has a 39.9mm platinum case with a thickness of 10.6mm. It is modestly sized, but because it is made out of platinum, it feels quite hefty on the wrist. Nevertheless, we can have no complaints about wearing comfort. It also looks really good on the wrist, and it’s not quite as dressy as you may think. Maybe it is because of the slightly large crown. In all, I would describe the A. Lange & Söhne Richard Lange Jumping Seconds watch as being quite contemporary and versatile. 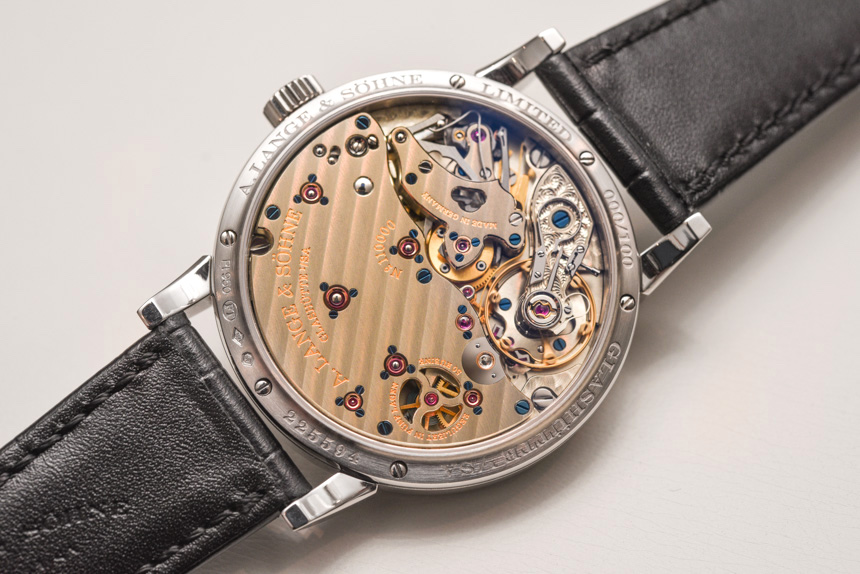 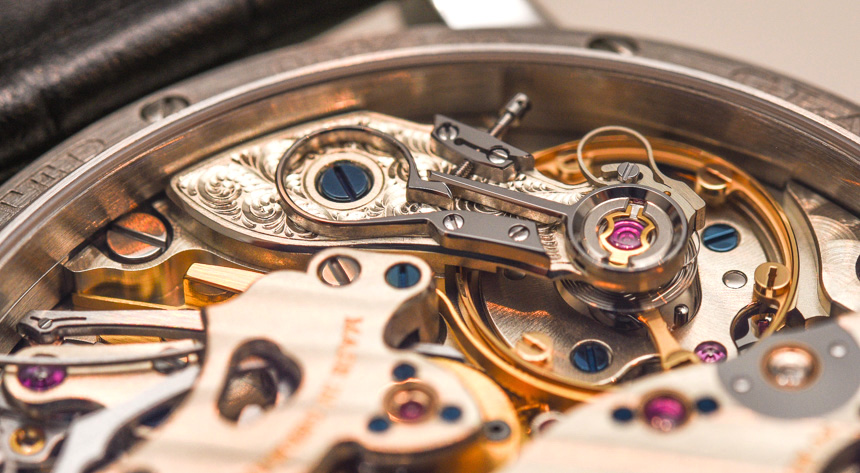 Like almost all Lange watches, the Richard Lange Jumping Seconds has a sapphire case back that lets lucky owners admire the movement within. And boy, what a movement it is. The movement is the caliber L094.1, made up of 390 parts and 50 jewels. And what’s unique about it is that the jumping seconds mechanism is actually a consequence of a constant force mechanism in the movement called the remontoire d’egalité. 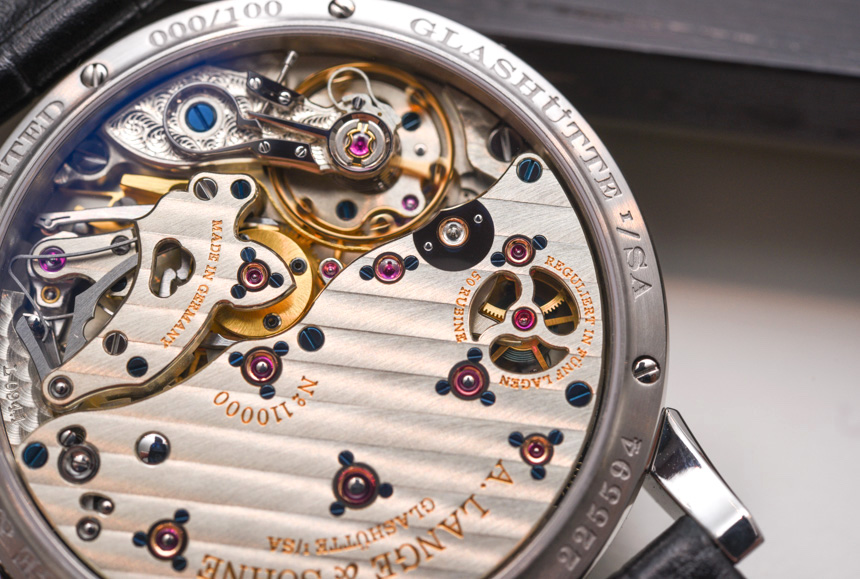 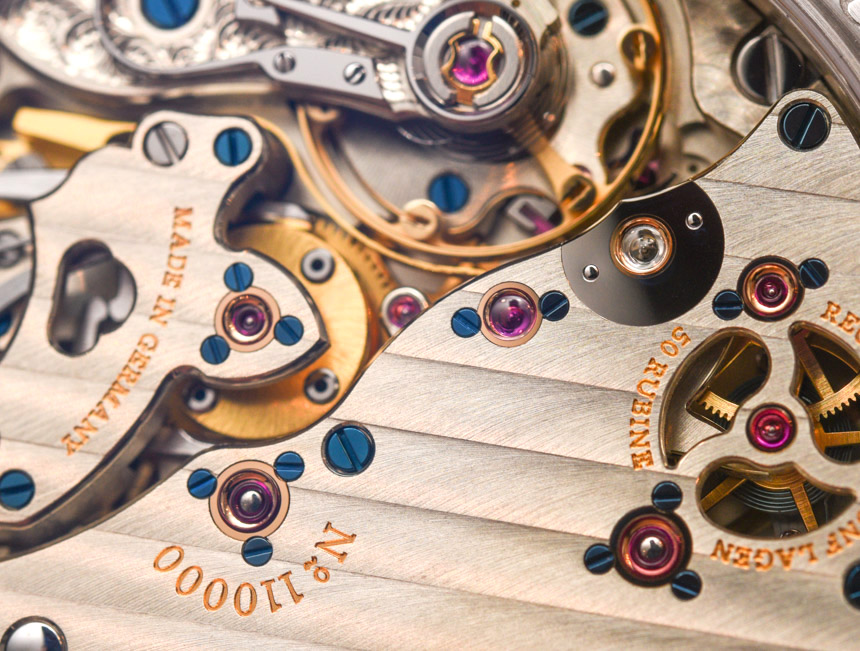 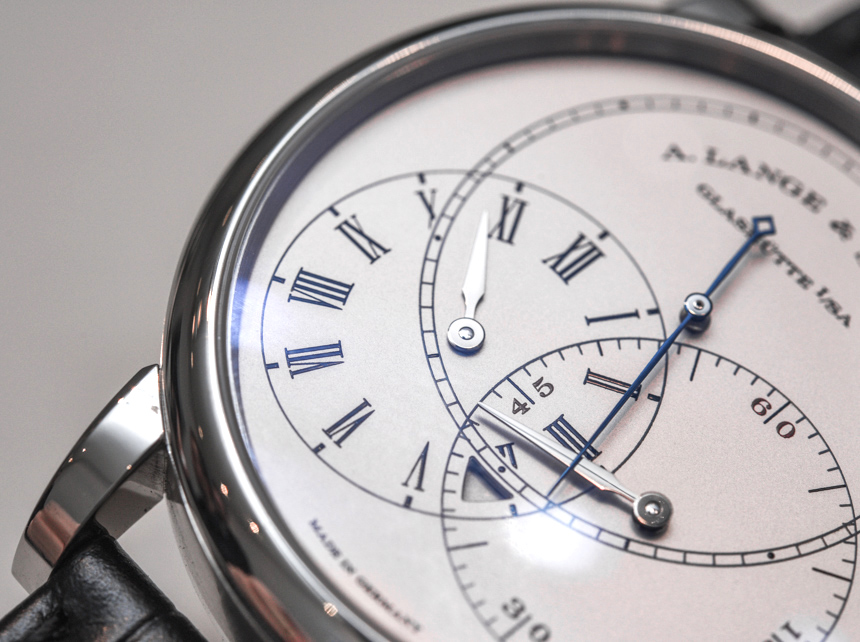 And since the jumping seconds mechanism lets owners keep a close eye on the time. The A. Lange & Söhne Richard Lange Jumping Seconds watch has another trick up its sleeves, and that’s a zero-reset mechanism. Whenever the crown is pulled out to its time-setting position, the seconds hand instantly stops and jumps back to zero, allowing owners to set their watches accurately against a reference time. 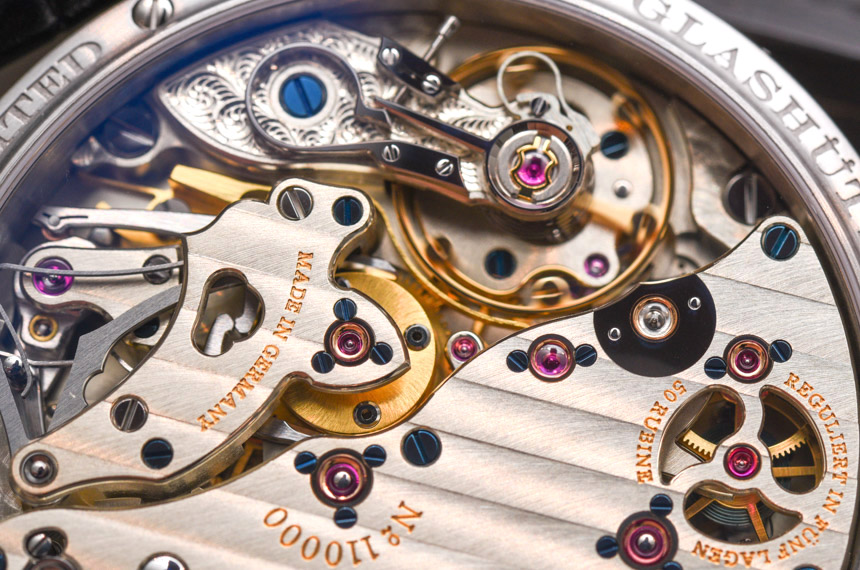 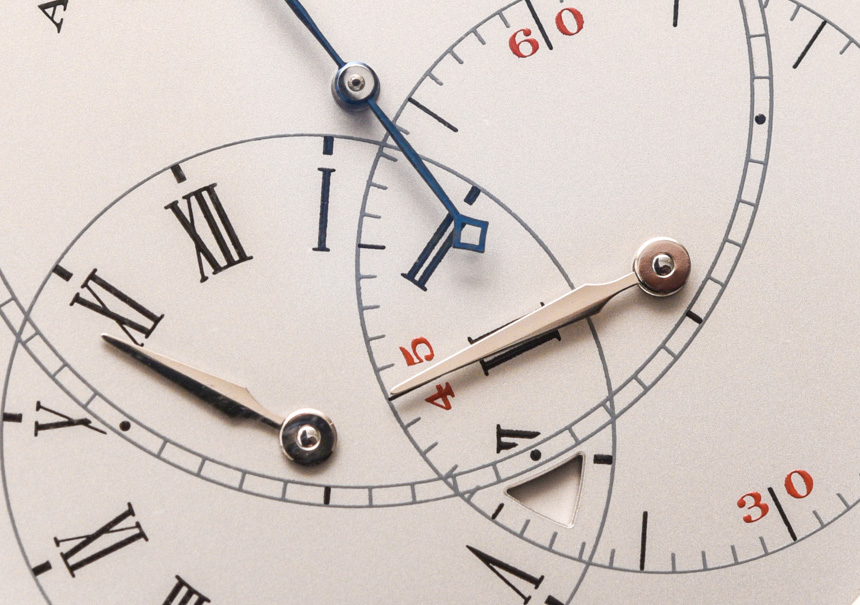 It goes without saying that the caliber L094.1 in the A. Lange & Söhne Richard Lange Jumping Seconds watch is also masterfully finished to the same exacting standards that A. Lange & Söhne demands of all of their watches, with nicely beveled edges and polished parts. Obviously, the caliber L094.1 isn’t quite as dramatic to look at as compared to the legendary caliber L.951.6 found in the Datograph Up/Down, but it is still a gorgeous movement to behold. 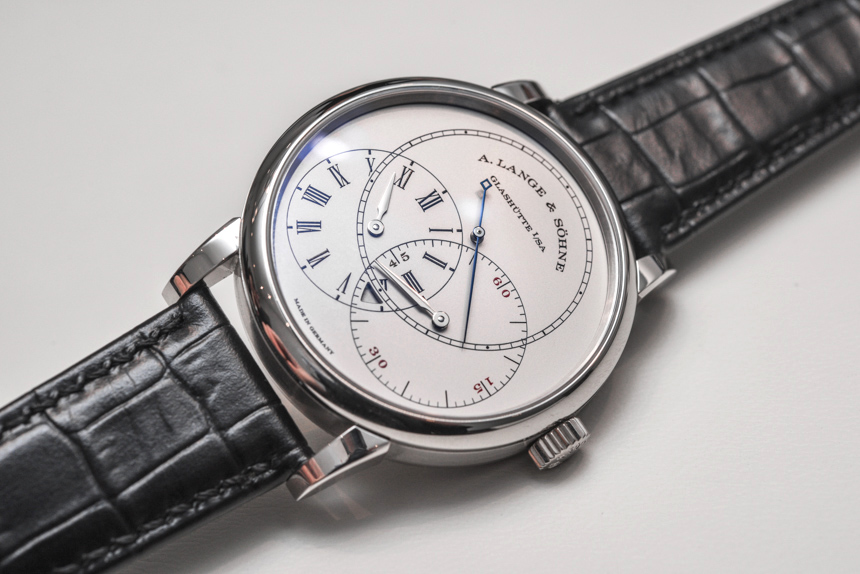 Like so many of A. Lange & Söhne’s other watches, the Richard Lange Jumping Seconds is a sublime marriage of aesthetics and engineering. It is simple to look at and operate, but underneath it hides a complex movement that has clearly been designed by thoughtful watchmakers. The A. Lange & Söhne Richard Lange Jumping Seconds watch is priced at $85,000 and limited to 100 pieces. alange-soehne.com