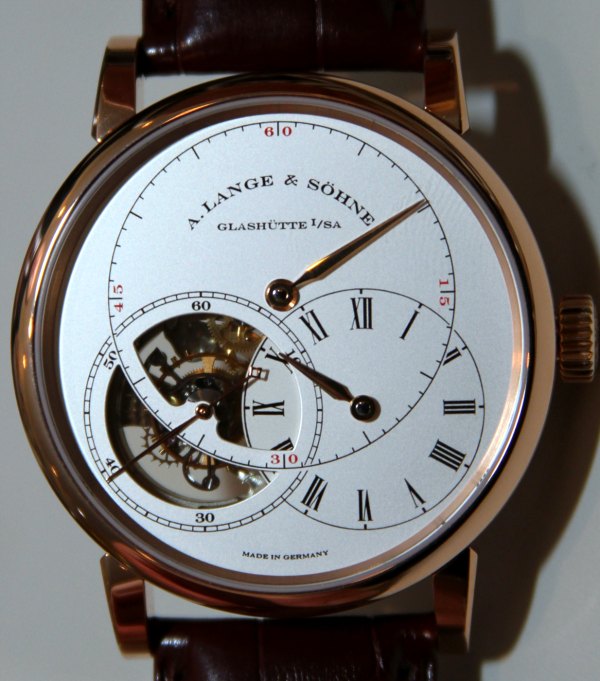 One of the best surprises at SIHH 2011 was how much I enjoyed the A. Lange & Sohne Richard Lange Tourbillon “Pour le Merite.” The regulator style watch took influence from a pocket watch made in the Dresden area a while back. It had three overlapping subdials, with one for the hours,  minutes, and seconds. Lange took the concept and added to it some very complex mechanical features that make this not only a neat looking watch, but one with a very sophisticated inside. 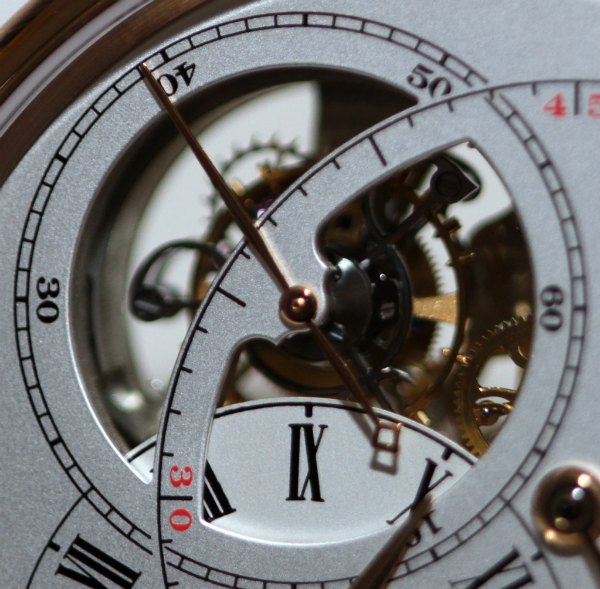 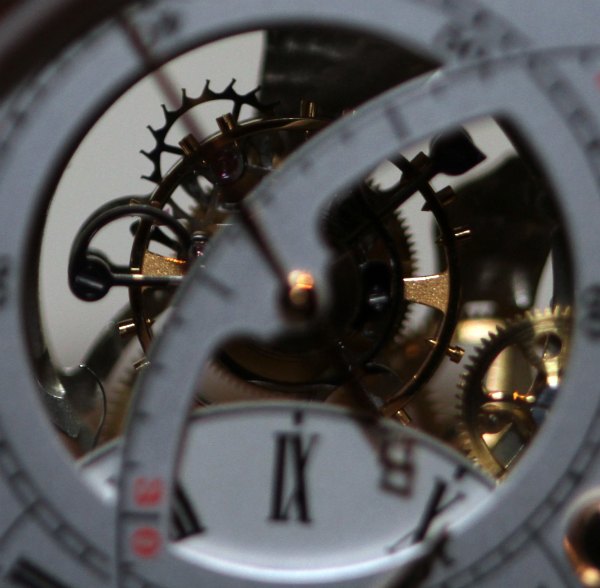 I wrote about the Richard Lange Tourbillon Pour le Merite watch here when it was first introduced. There I cover all the technical details and talk more about the movement. When meeting with A. Lange & Sohne I was pleasantly surprised to see the details all worked together in a very cohesive way. Making a complex watch is one thing, making it feel balanced and properly composed is another. It also helped that Lange gave me some Radeberger Pilsner that they brought to Geneva from Dresden – the local beer of the area. Nothing is better than some draft beer when you are in the stuff halls of SIHH at the Palexpo. 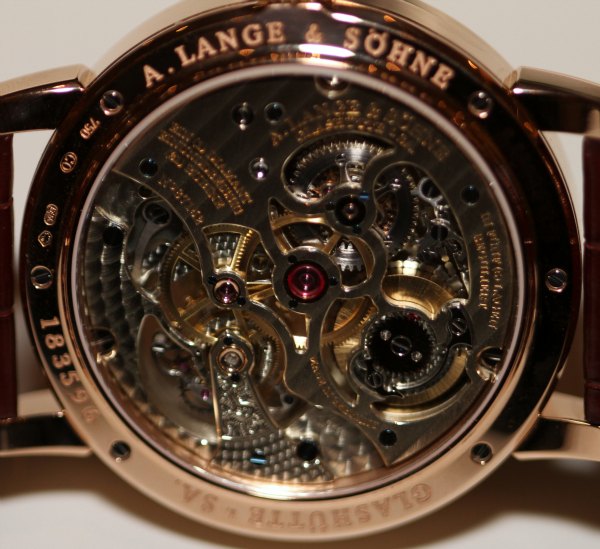 The L072.1 manually wound movement in the Richard Lange Tourbillon regulator is manually wound and has a tourbillon escapement as well as a fusee and chain transmission. For super star watch nerds, this is a glorious combination of holy grail features. The tourbillon sits viewable in the seconds subdial, while it is harder to see the mini bicycle chain part of the fusee and chain. Each of these exotic items is meant to increase accuracy in a movement. Fusee chains are much more rare and harder to make. Having them both together probably excited a number of people.

As is the case in most hand-made and decorated A. Lange & Sohne watch movements, the one in here is breathtakingly beautiful, and I don’t use that term lightly. Really one of the brand’s better one. Don’t forget the hand-engraved balance cock. I pretty much take every opportunity I can to say balance cock. 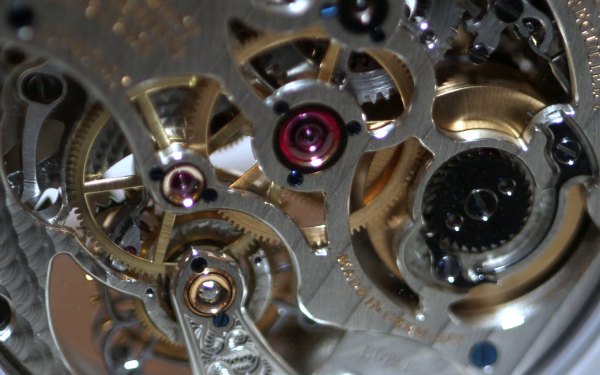 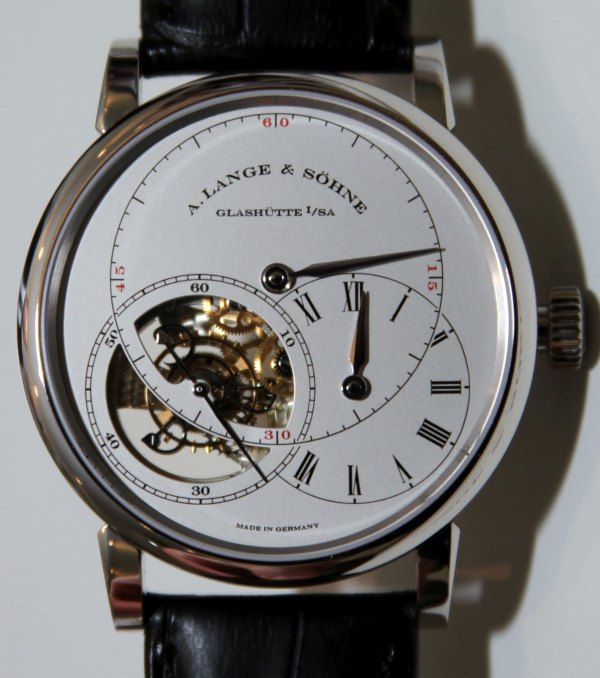 The little “trick” on the dial was the piece of the hour dial the retracts when the hour hand isn’t using it, so that you have a fuller view of the tourbillon and opening to the movement. The complication is pretty slick, and I will just defer to the little movie I took to have you see it in action (please thank Arnd for the narration!… and the Radeberger). As I said in the prior article on this watch, the complication isn’t necessary, but appreciated in a high-end item of mechanical splendor and one of those things that make you smile about Lange timepieces. Even though their watches are dutifully classic, there is a warm sense of playfulness in their watches that just seems to be missing in other watches of this caliber. The watch is fun and impressively complex. Like I said, the final execution of it impressed me, and I really think Lange did a nice job for their 2011 flagship piece.