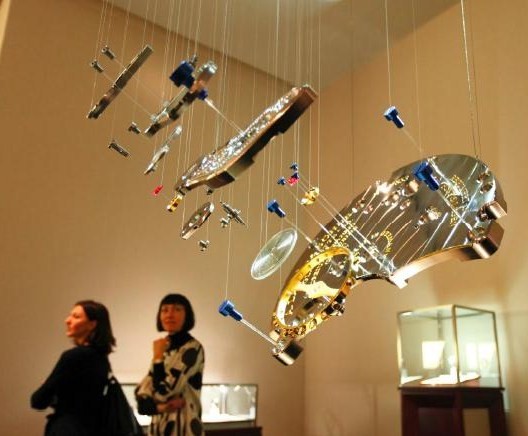 Really not a lot to add to this video in terms of stuff to say. The merits are there for your eyes. You have the very friendly Arnd at A. Lange & Sohne wearing TheTimeTV’s signature little microphone talking about the new Richard Lange “Pour le Merite” and new 1815 watch line that was officially released at SIHH in January a couple months back. These videos do the new watch line justice, and it is interesting to get a glimpse at the set up’s that brands display at SIHH (always impressive). You can see a little bit of the super-sized Lange 1 made clock sized at the display. Another cool feature is the supersized exploded model of the new 1815 watch’s movement.