Back in June, you, the aBlogtoWatch audience, voted for what music genre and era would inspire an upcoming Raymond Weil watch. The winner by a small margin is a watch that is designed to have been worn by a New Wave Synth musician in the 1980s — and all the style that goes with it. Raymond Weil’s talented design team came up with a trio of concept watch directions all inspired by the dynamic era of synth music, where the traditional world of analog instruments hit digital sounds and machinery head-on for a new explosion of complicated and emotive sounds novel to the ears of listeners. Raymond Weil has been inspired by the music, the era, and the tools used by the artists and technicians responsible for New Wave Synth compositions.

Raymond Weil has come up with three possible New Wave Synth watch style directions for you to choose from (see below). Read about the vision for each watch design concept, then vote at the end of the article. In the comments below, you can give your feedback about how you feel the Raymond Weil design team can further develop your favorite concept into a final timepiece. Once the aBlogtoWatch community has had a chance to share input, the Raymond Weil design team will get back to work until next time when we bring you part 3 of this special watch creation opportunity. Thanks again for participating in part 2 of the “aBlogtoWatch Audience Designs The Next Raymond Weil Watch” campaign! 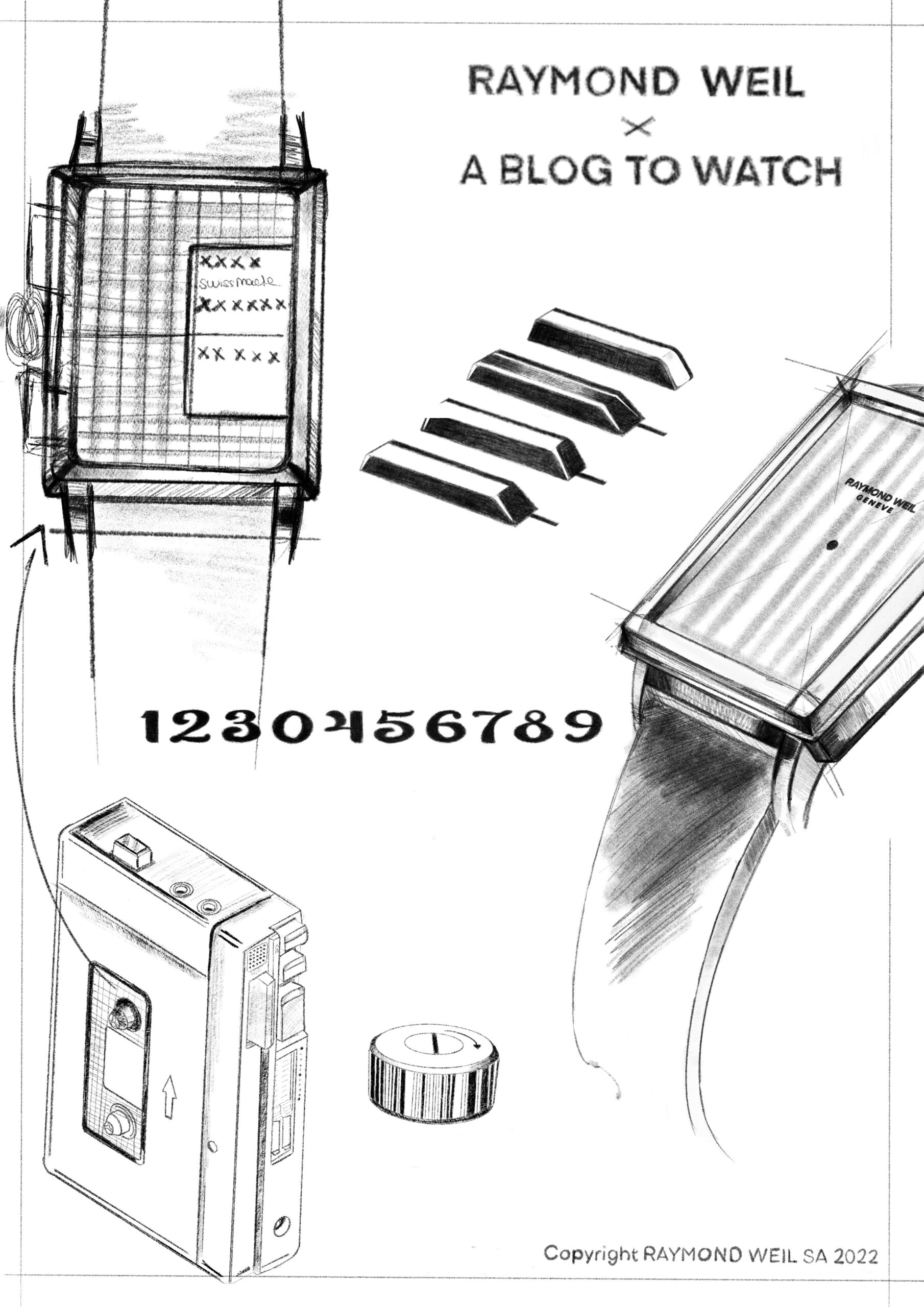 This Raymond Weil design concept took inspiration from the music of the 1980s when synthesizers became widely available to artists like The Human League and Herbie Hancock (The Human League – Don’t You Want Me (Official Music Video) – YouTube / Herbie Hancock – Rockit (Official Video) – YouTube). With the music of the 1980s also came Sony Walkman cassette tape music players, the first portable device that allowed fans to listen to their music everywhere. The squared shape of the watch is a tribute to this groundbreaking technology. 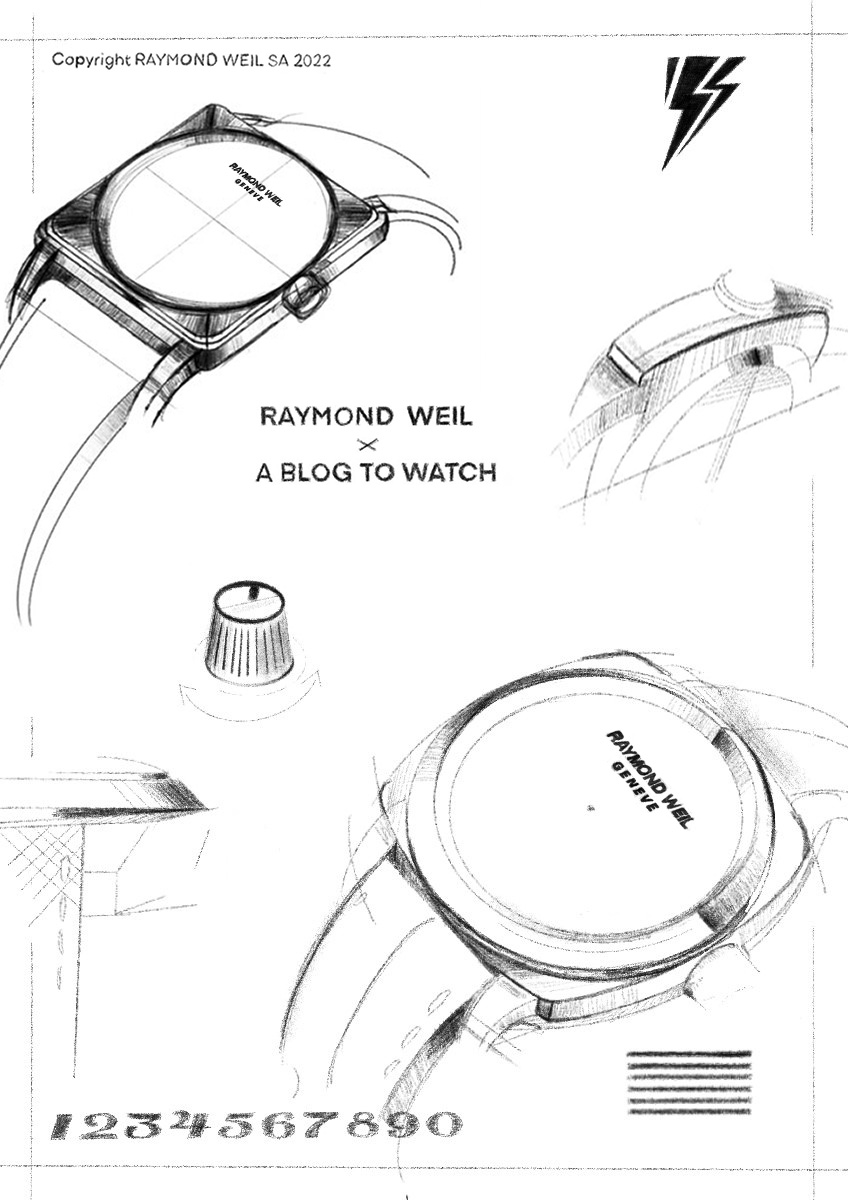 This watch concept design series is a tribute to the unique looks of mixing consoles and record players as well as, more generally, recording studios from the 1980s, which were typified by large clusters of technical equipment. Here, the crown resembles the knobs of mixing consoles widely used in the making of music from this era. The shape of the case refers to the more angular design of watches from the 1980s, which many renowned music artists wore thanks to their eye-catching and avant-garde designs. 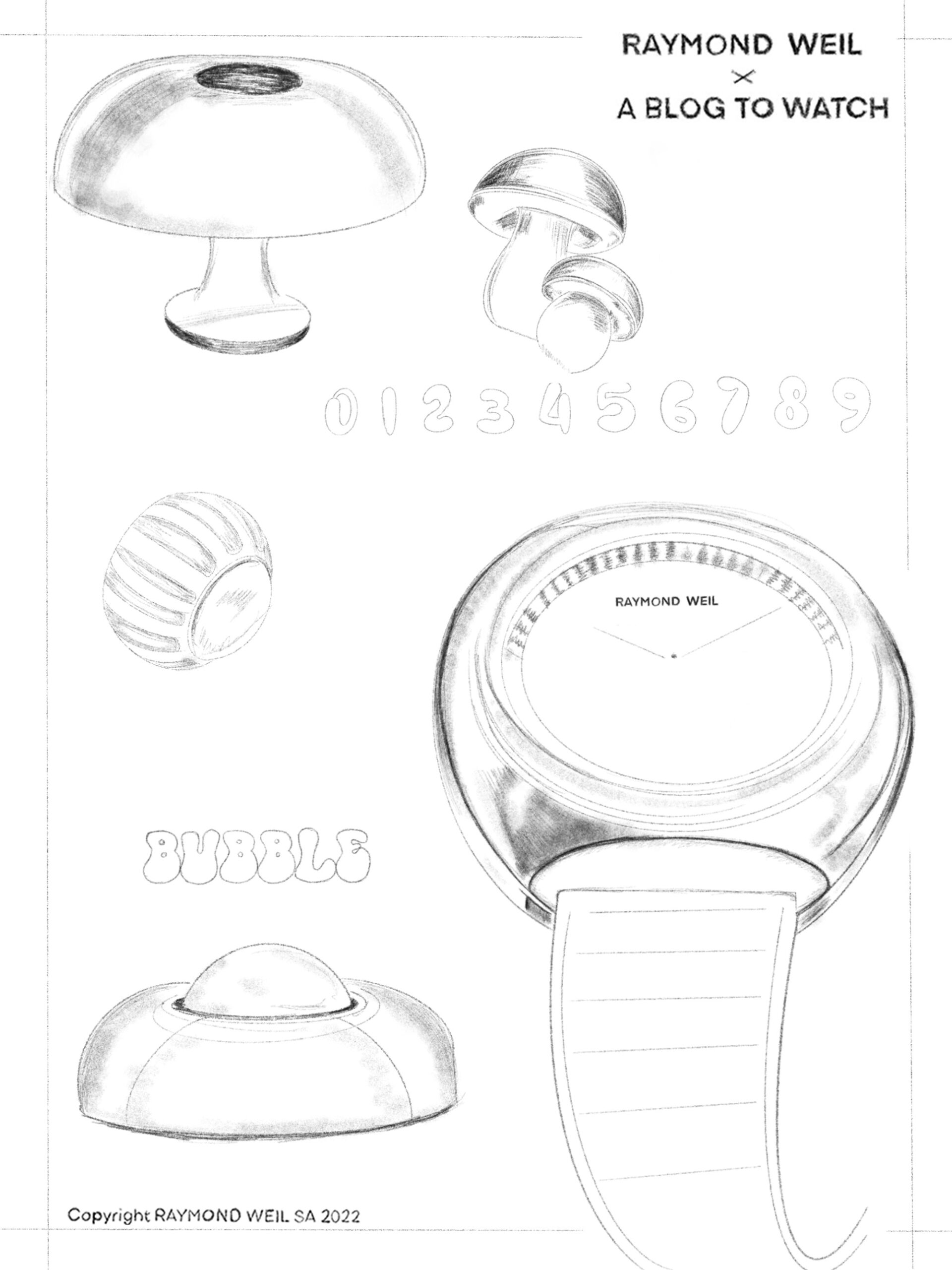 This timepiece concept is influenced by the rounder and softer aspect of the 1980s decade when computers accompanied synthesizers and tube amps were still used by iconic guitarists like Stevie Ray Vaughan, Jimmy Page, and Pete Townshend. Raymond Weil designers also imagined this concept timepiece to incorporate iconic design elements like the Harvey Guzzini Brumbry Table Lamp from 1980. Dial numerals and text could be applied using a more bubbly and nostalgic font to match the general aesthetic of the watch.