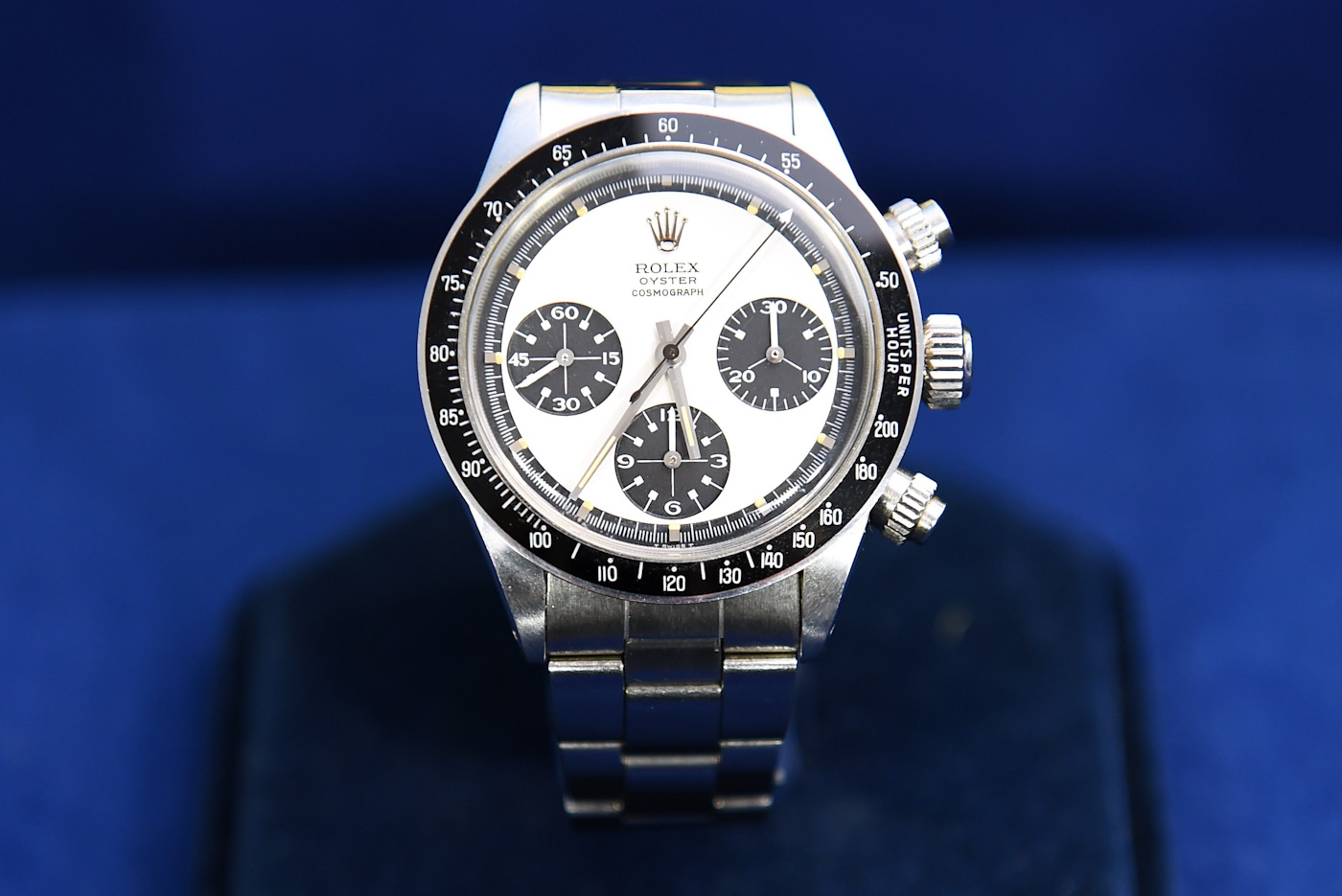 Editor’s Note – Welcome to the first-ever aBlogtoWatch Weekly News Roundup! Moving forward, this will be a rapid fire “in case you missed it” list of the week’s smaller watch industry news stories, collected in one place for your convenience.

While the explosive growth of the vintage watch market in the past several years has shown a light on many hidden gems that in past years would have gone unnoticed, some incredible timepieces do remain hidden away or forgotten out in the world. A recent episode of PBS’ “Antiques Roadshow” was a perfect example of this, as an unnamed United States Air Force veteran brought in his mint condition “Paul Newman” Rolex Daytona for appraisal. According to the man, he had bought it at a military base exchange during his time in Vietnam in 1974 for $345.97, but when the watch arrived via mail he decided it was too nice to wear and stashed it in a safe deposit box along with all boxes and papers for the next 45 years. The expert appraisal of $500,000 to $700,000 stunned the owner completely and showed that the market for the “Paul Newman” Daytona remains red-hot. For those of us who collect vintage timepieces, it’s a reminder that these types of nearly mythical finds do still exist in 2020. See the whole video here.

2019 was a year of mixed fortunes for the luxury watch industry as a whole. While the Americas and Europe continued to show strong growth throughout the year, the combination of political unrest and the removal of favorable import tax laws in Hong Kong left a serious impact on overall industry performance. Swatch Group is a perfect example. In the company’s 2019 sales report, released this week, net sales outside of Hong Kong grew 5 percent over the previous year. Once Hong Kong is included in the numbers, however, Swatch Group’s net sales were down 1.8 percent worldwide. While Hong Kong produced a similar drag on sales for LVMH, that didn’t stop the luxury goods conglomerate from posting record growth numbers in its 2019 earnings report. Overall revenue growth for the group was recorded at 15 percent over 2018, and while the lion’s share of this growth is attributed to LVMH’s fashion and cosmetics groups (Louis Vuitton and Christian Dior in particular) watch brands within the group also saw profits up five percent over 2018. The two fastest growing brands mentioned in the report were Bulgari and Hublot. Overall, this seems to show a strong market for luxury timepieces moving into 2020, although it is unclear yet how brands will react to the loss of revenue from a traditional hub like Hong Kong.

De Grisogono Files For Bankruptcy Amid Scandal With Angolan Government

Geneva based De Grisogono, perhaps best known as a high-end diamond jeweler but also as a boutique watchmaker, has filed for bankruptcy this week. The announcement comes amid claims that the firm, partially owned by both the state diamond mining company of Angola, has cost the Angolan government hundreds of millions of dollars due to shady dealings by Isabella dos Santos, wife of partial company owner Sindika Dokolo and daughter of former Angolan president José Eduardo dos Santos. Dos Santos, who was recently noted as the richest woman in Africa, has been accused in the “Luanda Leaks” documents of embezzling millions of dollars from the Angolan government through a complex web of state-sponsored bank loans. If the bankruptcy claim is accepted by the Swiss government, all 65 employees of De Grisogno stand to lose their jobs.

Although several major brands have decided to skip the massive Baselworld trade show for 2020, not all of the news preceding the watch industry centerpiece is negative. Luxury design conglomerate Dolce&Gabbana Group announced this week it will be displaying at Baselworld for the first time ever in 2020, bringing a selection of watches and jewelry to the show its Alta Orologia and Alta Gioielleria collections. As part of its display, Dolce&Gabbana are expected to debut a proprietary in-house movement.

The trend of vintage inspired dive watches shows no signs of slowing down in 2020, as Swatch Group brand Certina has searched all the way back to 1968 in its archives for the latest iteration of the DS dive watch. The watch draws its striking orange dial design from the original DS-2 Super PH500M, which was used in the 1969 Tektite I underwater experiment where a team of four scientists lived in underwater research pods for a period of two months. While the bold style is straight from the ‘60s, the specifications are thoroughly modern with a 43mm case diameter, sapphire crystal and a massive 500 meters of water resistance. The DS Super PH500M Special Edition is powered by the Powermatic 80 automatic movement, offering up to 80 hours of power reserve along with an antimagnetic Nivachron balance spring. The DS Super PH500M is available now from authorized dealers for $922. For more information, please visit the brand’s website.