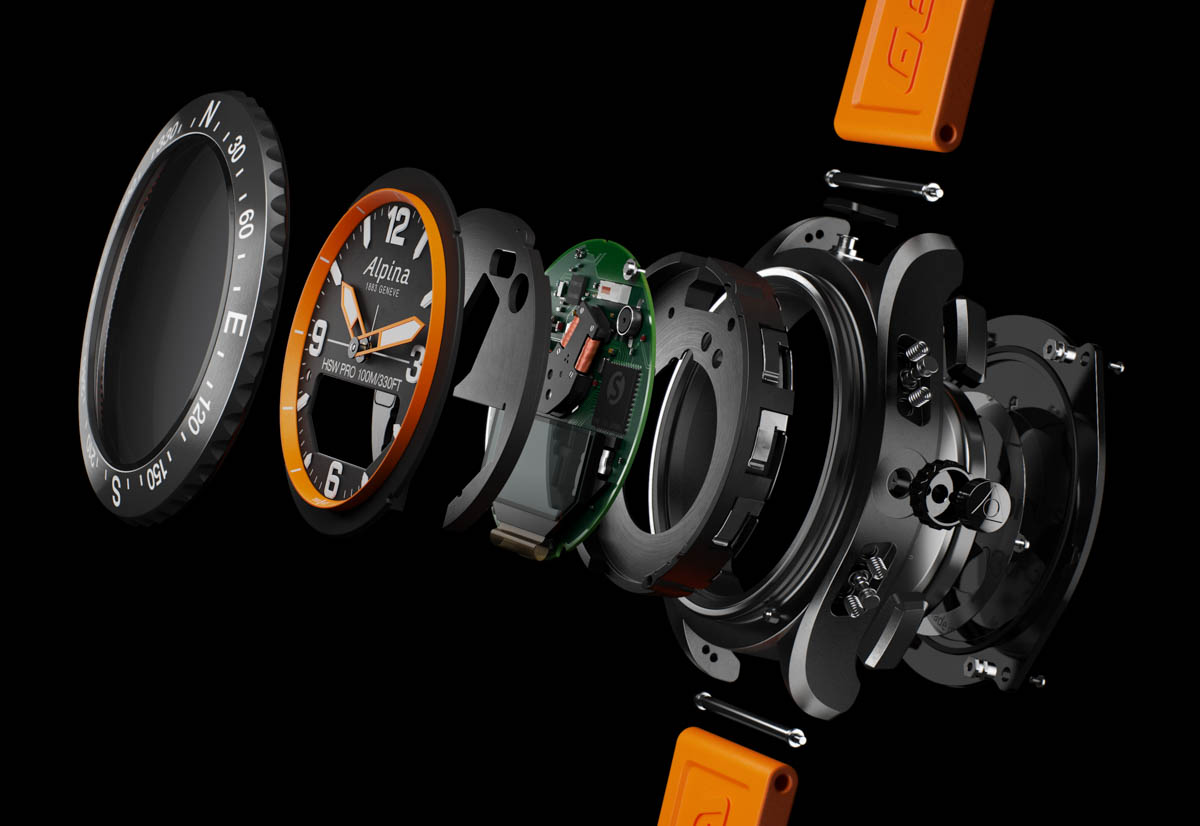 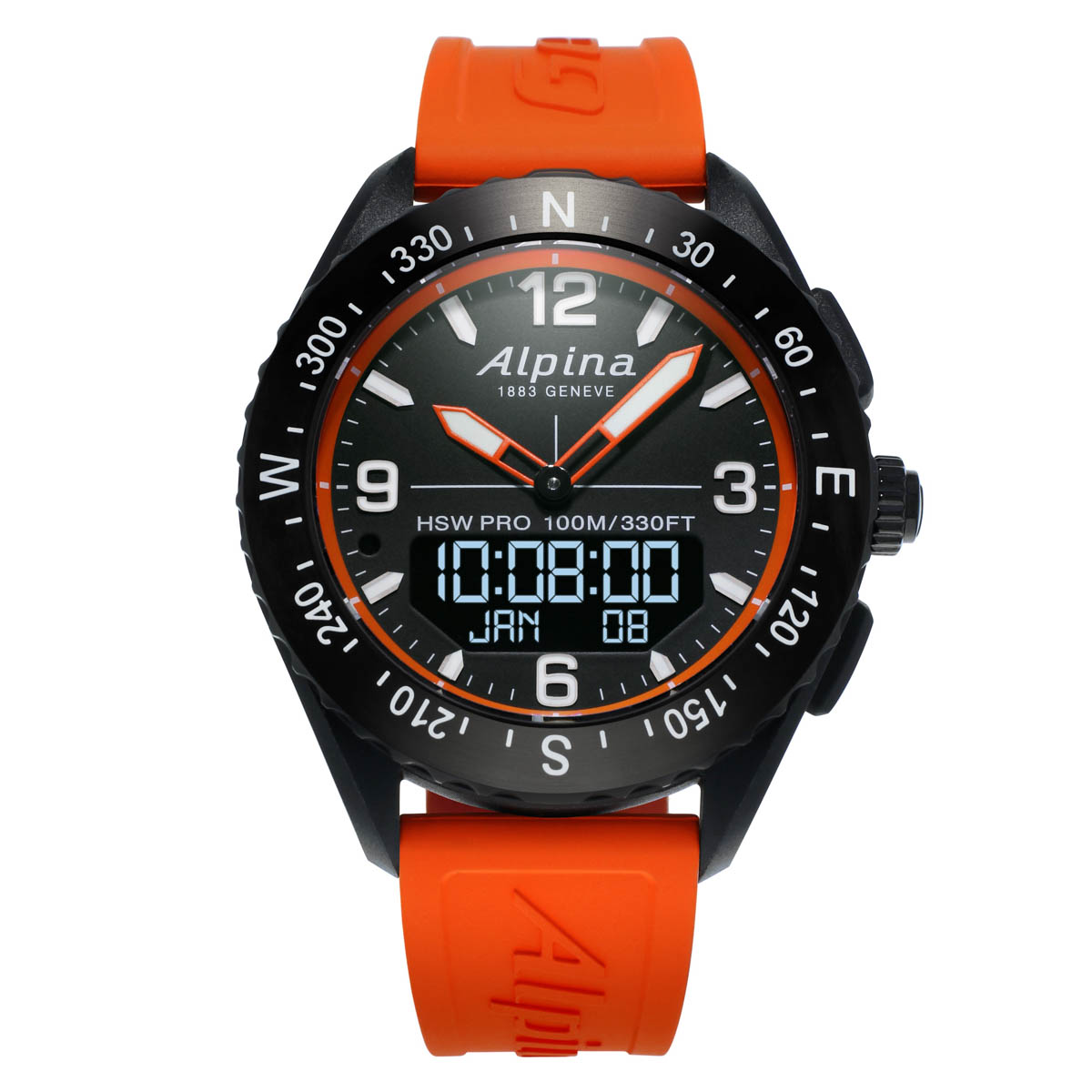 When you think of “Kickstarter watches,” an established Swiss brand like Alpina probably doesn’t come to mind. To release their new Alpina AlpinerX Outdoors Smartwatch model, however, Alpina has opted to release the watch on Kickstarter with plans to take feedback from backers to mold and alter the design before its final release. The Alpina AlpinerX is an “horological smartwatch” with an analog/digital display, 5 sensors, a smartphone app, and 3,200 color variations to boot. 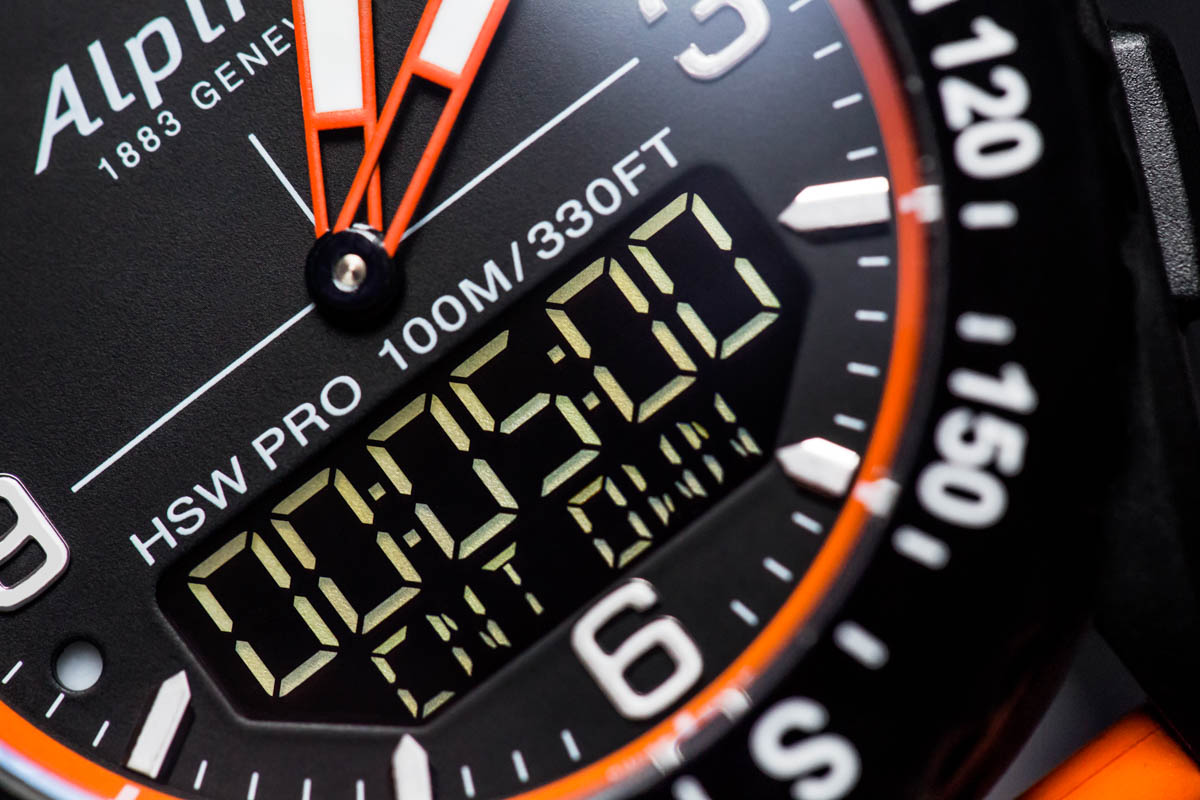 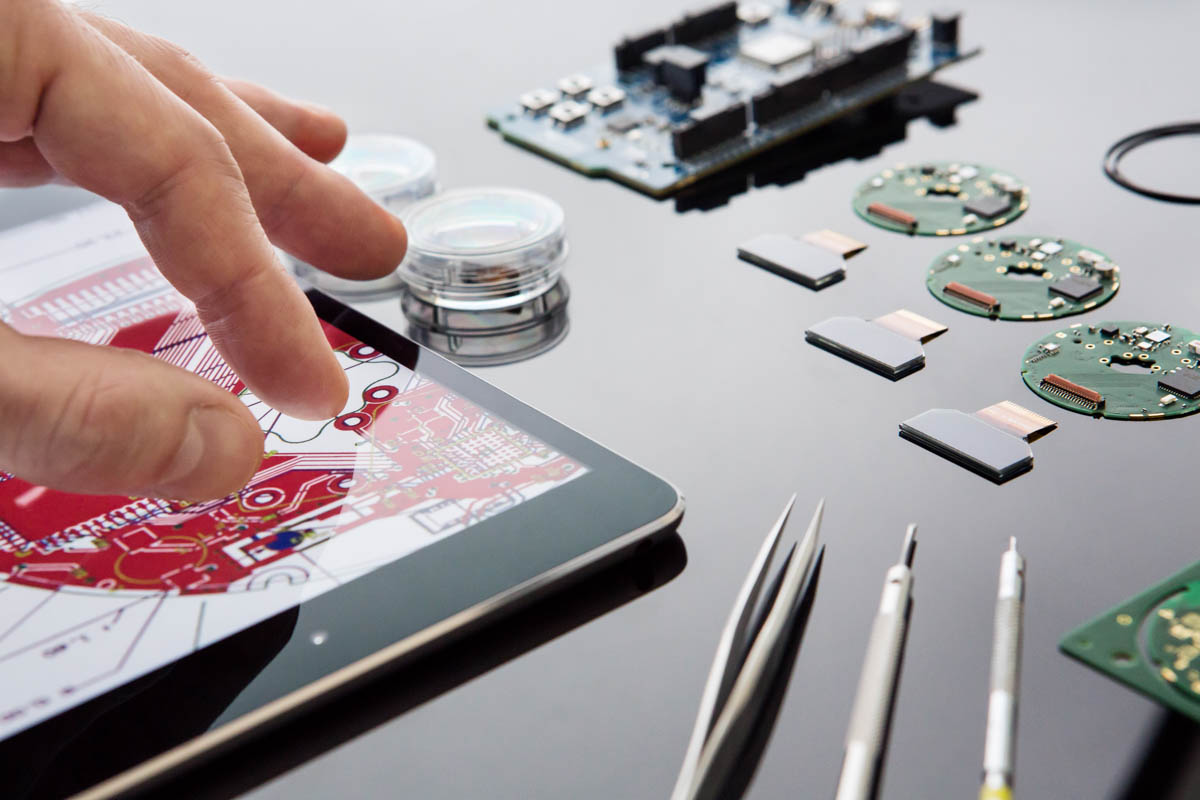 This isn’t Alpina’s first foray into the smartwatch world, they’ve adjusted a few of their other models like the Seastrong and added smart functionalities in the past. The AlpinerX takes this a step further with the addition of the digital display, allowing you to easily view the functionalities of the watch which are all operated via the crown. Alpina has included many functions that G-shock fanatics are used to at this point like a worldtimer, compass, temperature, barometer, and stopwatch/timer, but adds in smartwatch functionalities like call and message notifications via the smartphone app. 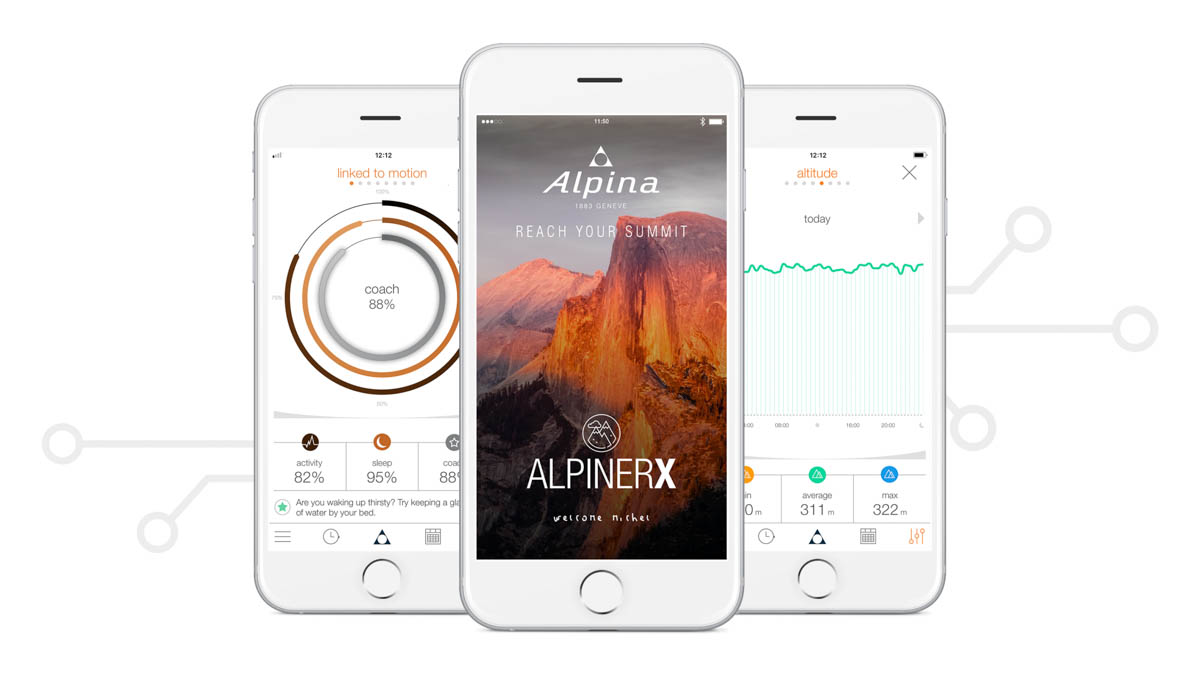 I generally have little interest in smartwatches because they don’t scratch that horology itch for me, but I am a sucker for a well-designed analog/digital watch, and I won’t complain about handy things like message notifications and a 2-year battery life. I find it interesting that Alpina has chosen to launch this on Kickstarter. For such an established brand it hardly seems necessary from a funding standpoint. However, the move to launch on Kickstarter is allowing Alpina to reach a different crowd, perhaps some that don’t have a major interest in horology, but that do have an interest in technology or someone that just wants a reliable, good-looking smartwatch from a Swiss brand. As many of these established brands are experimenting with ways to reach out to new buyers, through things like celebrity endorsements or sponsoring events, I think it will be interesting to watch how Alpina’s Kickstarter experiment works out. 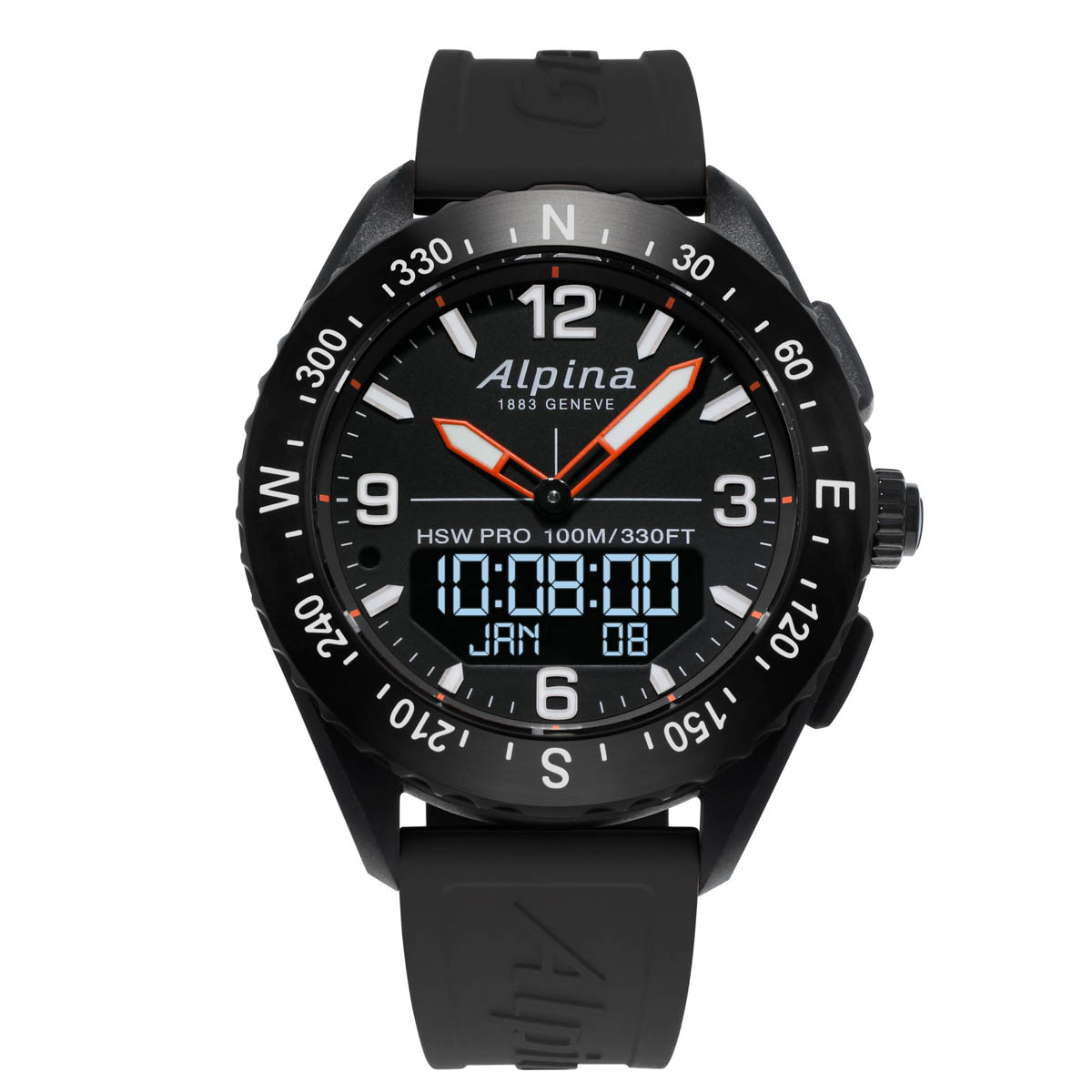 The AlpinerX is a continuation of Alpina’s efforts to introduce horologically interesting smartwatches to the world and is their first Kickstarter release. While the analog/digital display and the mere mention of the word “smartwatch” might be a turnoff for many collectors, I find this to be a well-designed watch with some cool functionality and is something I could easily see making it onto my wrist. alpina.com