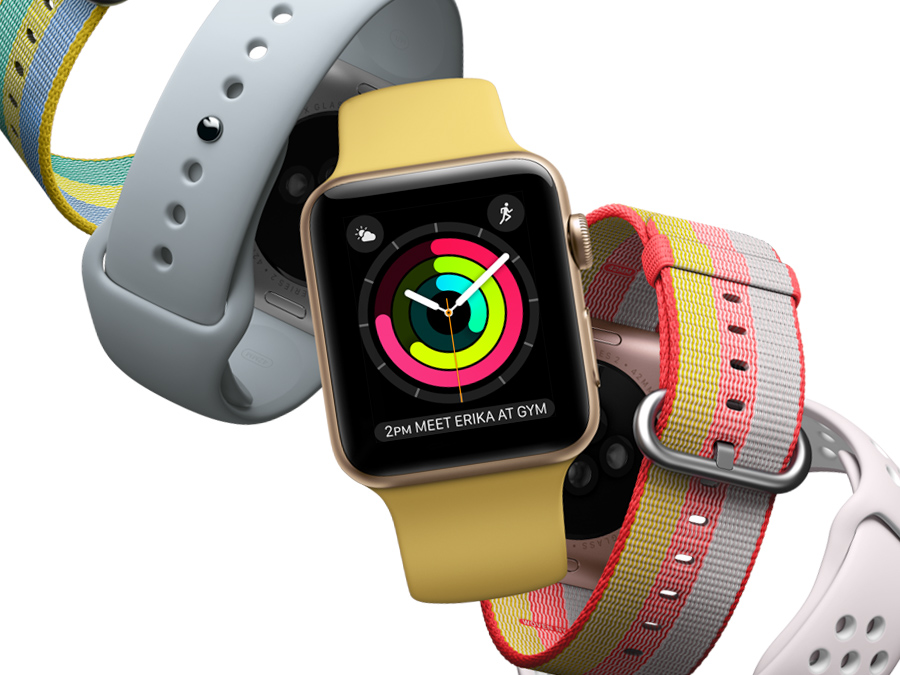 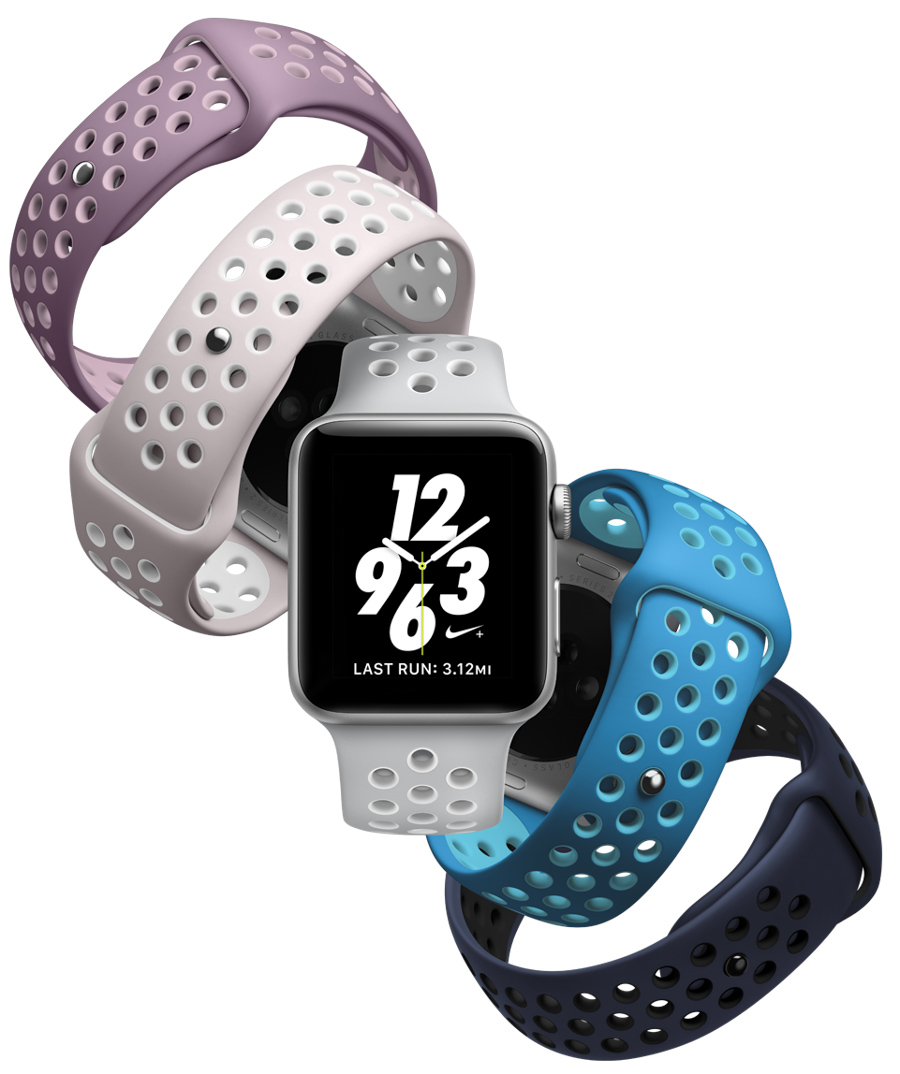 Today, at its WWDC 2017 event, Apple launched a number of updates to Apple Watch and Apple Watch Series 2 – with the biggest news being on the software side with the introduction of the fourth operating system for the class-leading smartwatch collection. In our opinion, we see the Apple Watch as a product really maturing both in terms of its focused message to and purpose for consumers, as well as in terms of sheer useful functionality.

“Intelligent and proactive” is how I’d describe the major ways that Apple updated the functionality in the latest operating system for Apple Watch. Today, Apple debuted the new watchOS 4 operating system to developers (it will later be available for consumers to download in Fall 2017) with new features such as a proactive Siri Watch Face, much enhanced Apple Music, more Activity and GymKit fitness functions, and some new Apple Watch faces. One the hardware side, we have an increased range of new straps including the sure-to-be-talked-about Pride Edition Apple Watch band. 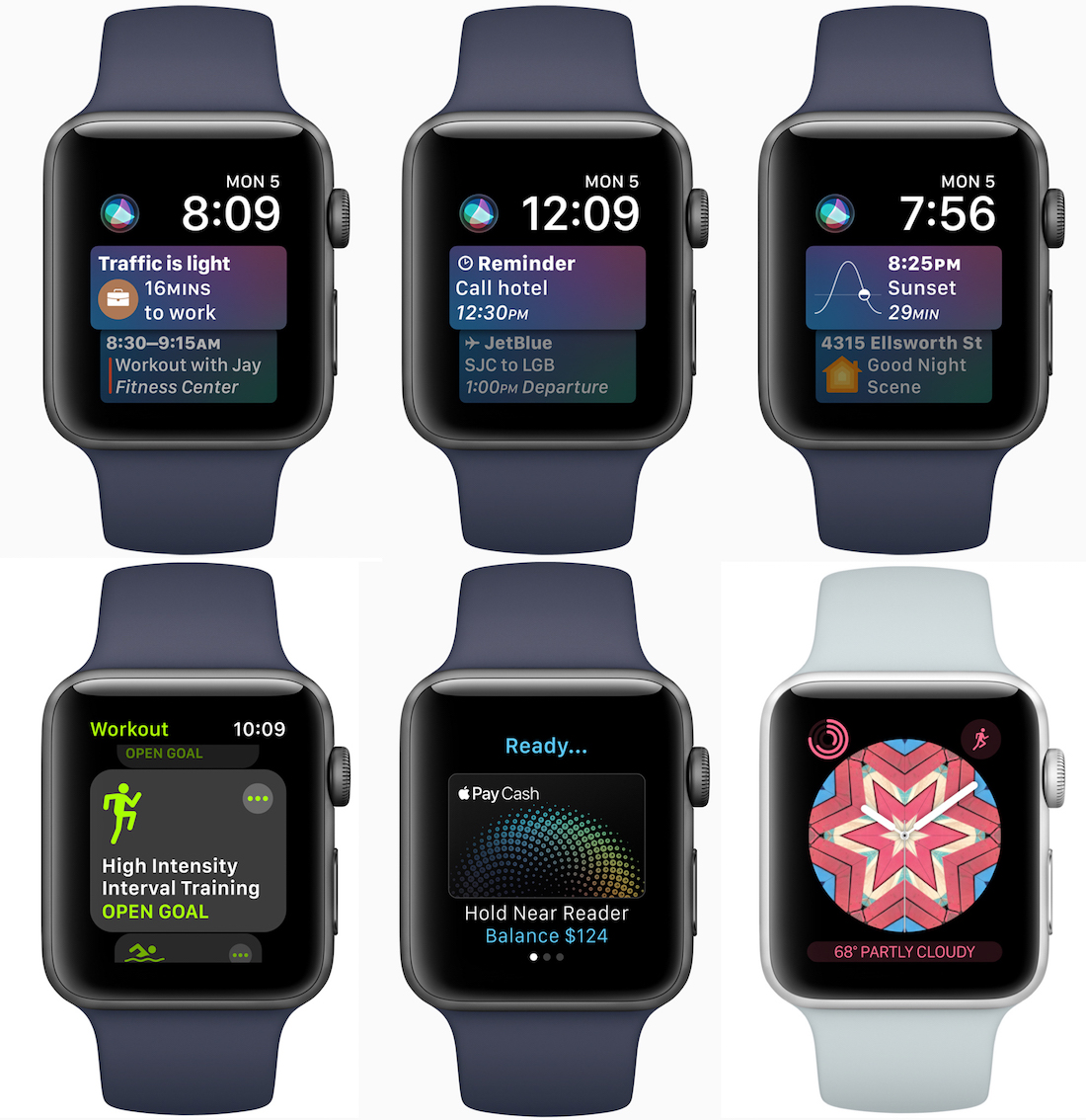 “Intelligence” has been the buzz word for the watchOS 4 update, and what better feature to illustrate that with than Siri, Apple’s smart virtual assistant that you control by speaking to it. With the new Siri watch face, with each raise of the wrist, the information on the display dynamically updates based on the following factors: time of day, daily routines and pertinent data from apps such as Activity, Alarms, Breathe, Calendar, Maps, Reminders, and Wallet, as well as headlines from the new Apple News app for Apple Watch. In short, this is the most dynamic watch face Apple has made, offering people a thought-provoking idea of how it might change their daily lives.

When you think about it, one of the very fundamental core functionalities of the Apple Watch (and any other smartwatch) is its ability to display information more promptly and immediately than you could get it from your smartphone. This allows you to interact with information and connectivity more efficiently and quickly as opposed to pulling out and meddling with a phone.

With Apple improving the Siri functionality and making it more aware of what’s going on (with you), you can anticipate getting the information you actually need more often, tailor-made to your lifestyle, and presented on the main display without having to go through sub-menus or switch between apps. This could be a big deal. What I’d imagine for this to mean in real-world situations (for example) is Siri automatically showing you the boarding pass for a flight that is due to be boarding, or to tell you how long until the sun sets when you are out for a run. It will be really interesting to see how the promised functionality is actually used and eventually relied-upon by Apple Watch wearers, but in short, we are excited about a smartwatch moving more into the realm of being an actually smart digital assistant that saves more time than it overall requires.

This is a lot of science fiction promise, but this represents where the tech world is at and where it is putting a lot of its resources. Focus from Silicon Valley on chat bots, voice-controlled assistants, and artificial intelligence is at an all-time high. Apple has every incentive to make Siri a very important part of Apple device owners’ lives, and putting it in the Apple Watch is a very logical move. With that said, none of this is easy – even for Apple.

A good idea of just how many years of tireless work and fine-tuning it takes to get to a system that is both reliable and powerful enough to accommodate such “comfort features” is evident here. Apple originally wanted wearers of the Apple Watch to speak to it regularly when the device was first released. Though, the software and hardware wasn’t quite there yet. The fact that Apple is finally switching its focus to these comfort features now in 2017 can be taken as a good sign, indicating that watchOS may finally have matured into a properly capable operating system. Not only in terms of being seriously useful to owners, but also able to make clever use of the software that Apple and its colleague companies have been refining for the last few years. Tech lovers eager to try new things should be excited for watchOS 4 to arrive this fall. 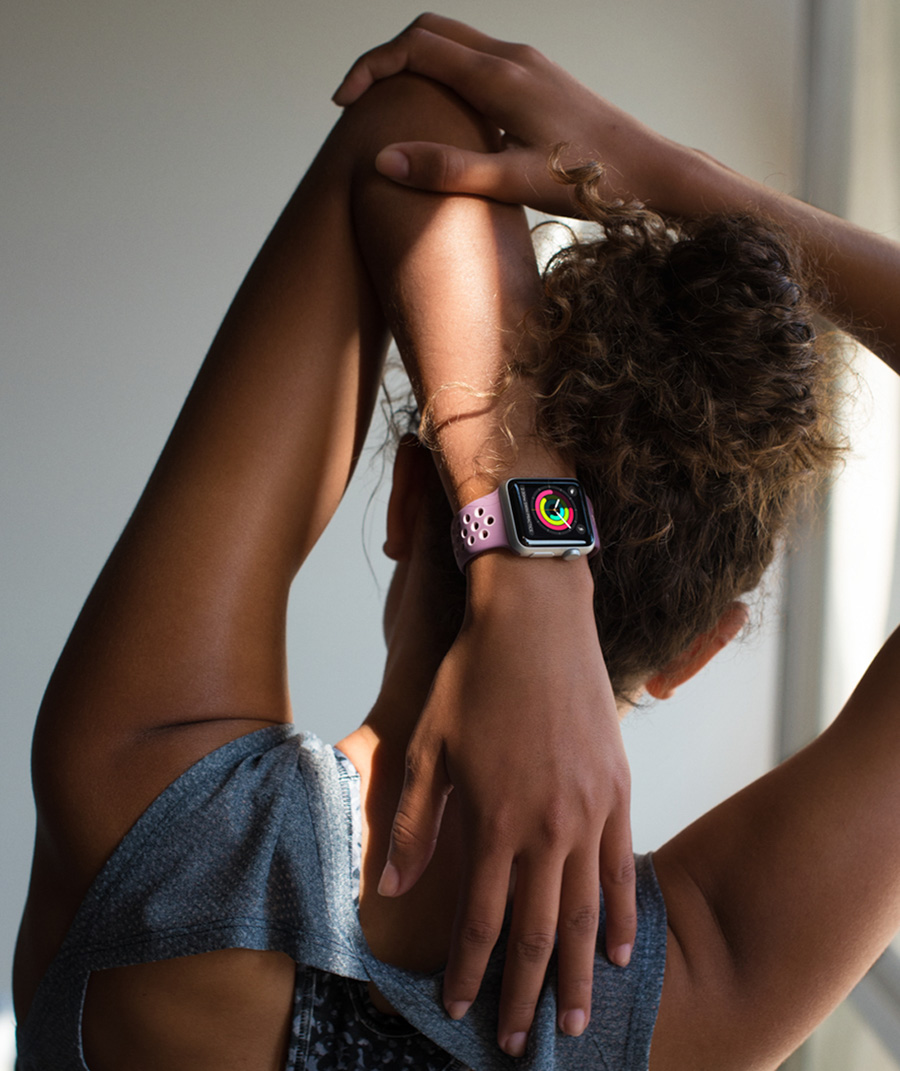 An Activity App To Help You Actually Achieve Your Fitness Goals

It most likely didn’t take expensive market research for Apple to figure out how a huge percentage of its customer base uses the Apple Watch for its fitness tracking functionalities. Apple marketing alone is enough to make it clear Apple wants people to exercise and be active with the Apple Watch. Accordingly, we expected to see some notable updates to the Activity and GymKit features at WWDC 2017.

One frustration, if I can call it that, that I have with all fitness tracking apps I have tried (be it on the Apple Watch, iPhone, Samsung Gear, or Android phone) is that although they tell me roughly how far (usually quite, quite far) I am from achieving the day’s goals, they don’t help me figure out when and how to actually meet said goals. With watchOS 4, the Activity app is promised to deliver what Apple refers to as “intelligent coaching” (something not all actual coaches manage to deliver). The idea is to help the individual wearer reach their fitness goals and move away from “one size fits all” fitness recommendations. 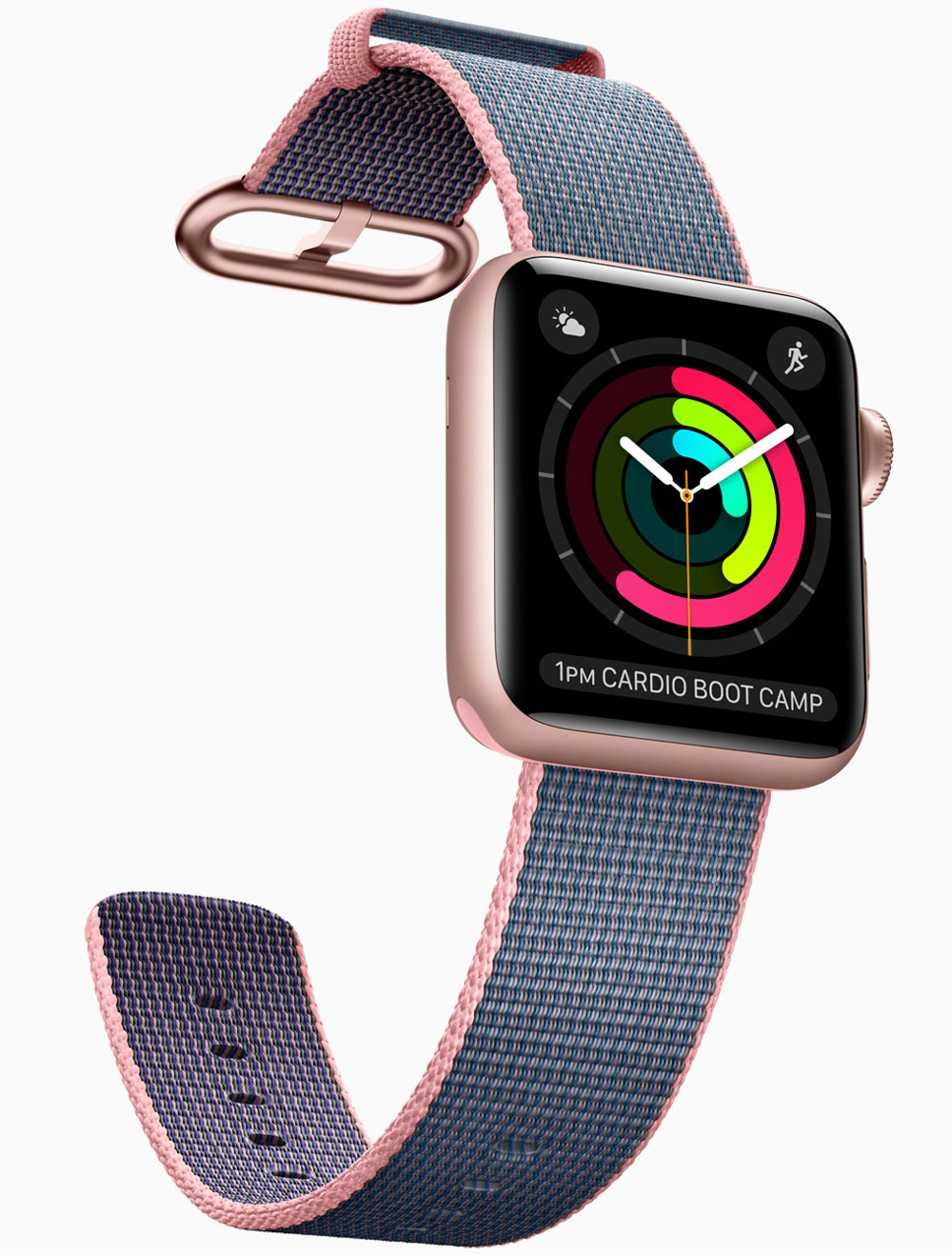 The new Activity app should help you complete those red, green, and blue Activity Rings (basically the Apple Watch’s way of indicating progress with daily fitness goals) through tailored encouragements. Yes, being active is being increasingly “gamified.” If they are close to earning an “Achievement” (with a capital “A”, mind you), or just simply at the end of the day, users will receive a personalized notification that tells them exactly how long they should walk to close their Activity Rings. There will also be some Monthly Challenges designed just for the wearer. What is the implication of this? It could be as simple as Apple guessing you have 30 minutes available, and that during the time you could complete one of your fitness goals. Hopefully, we are one step closer to AI parents designed to help people (who want it) live their lives by merely following instructions. 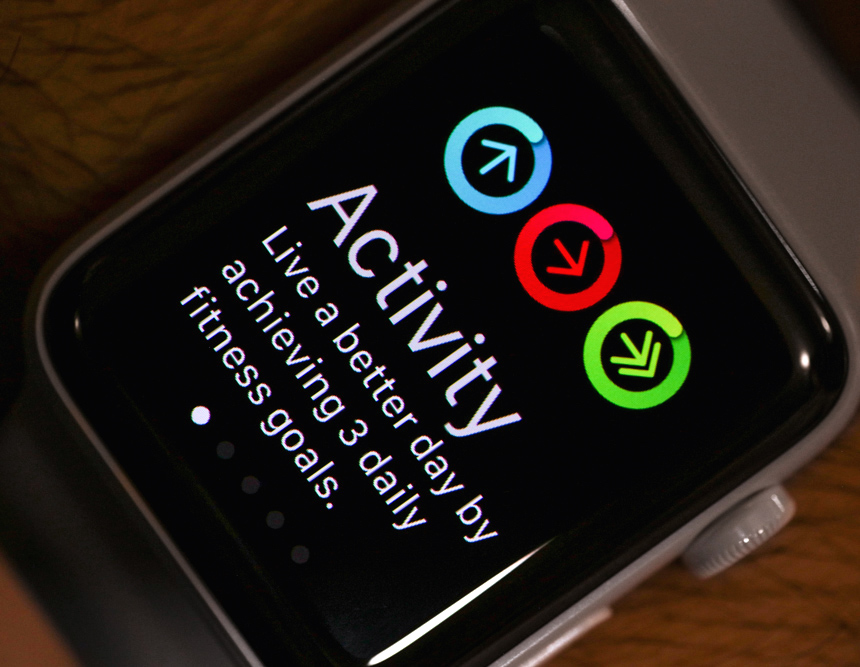 Can an Apple Watch giving personalized encouragements be enough to help user health? That is a question that remains to be answered. I, for one, can appreciate how these little nudges and reminders can actually go a long way. On a personal note, the three colorful, concentric rings on the Apple Watch have never once motivated me to go one mile further – but notifications and reminders have gone a long way, so I expect all these working proactively and more intelligently to be able to make a fair bit of difference.

In line with the updated Activity functions, the Music app running under watchOS 4 also received an update. Activity now allows Music to automatically sync your New Music Mix, Favorites Mix and most listened to songs to create a more ideal playlist for workouts or on the go. That could be fun and is further designed to help save time, taps on a screen, and thinking about doing what should ideally be good for your body.