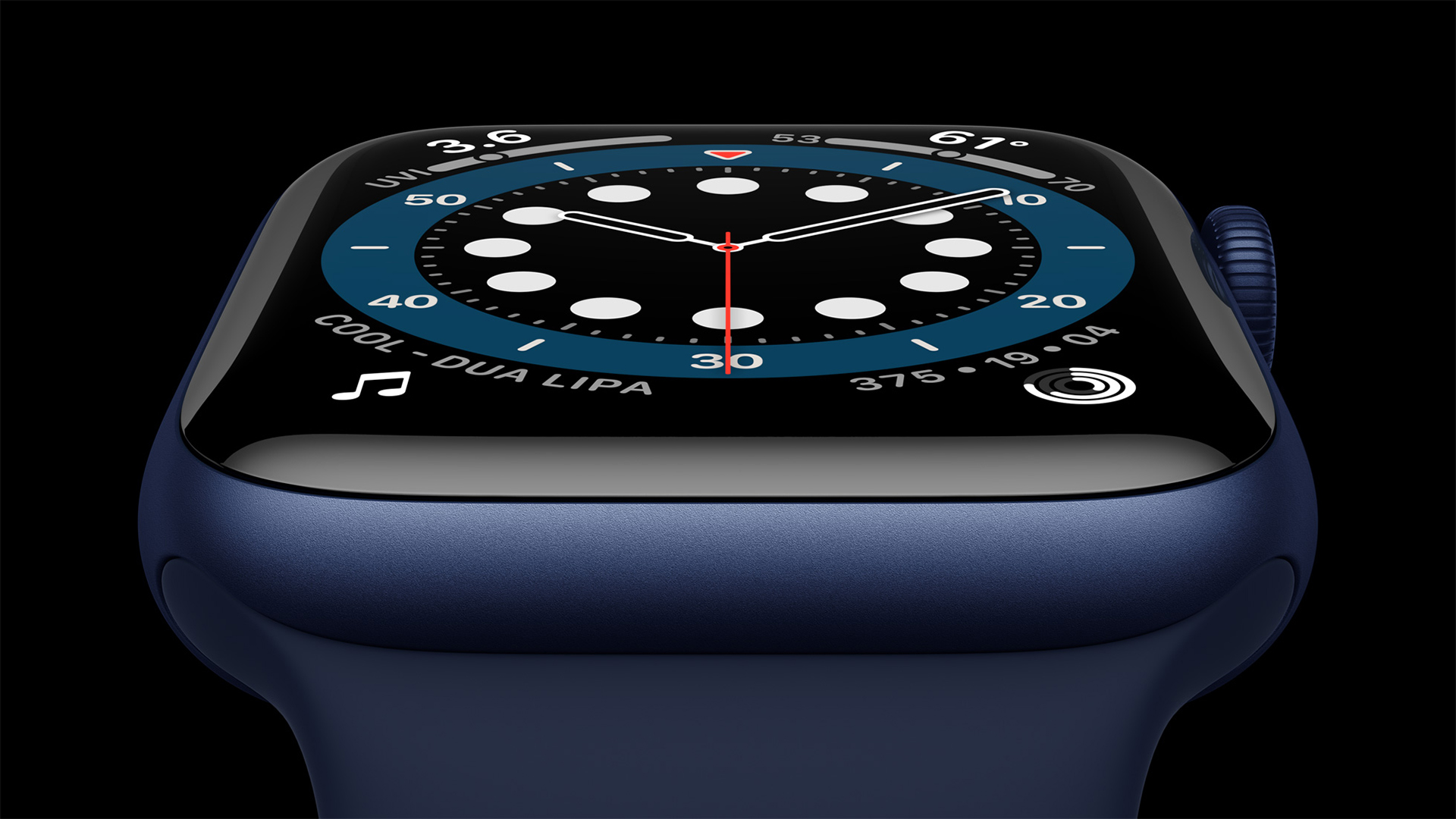 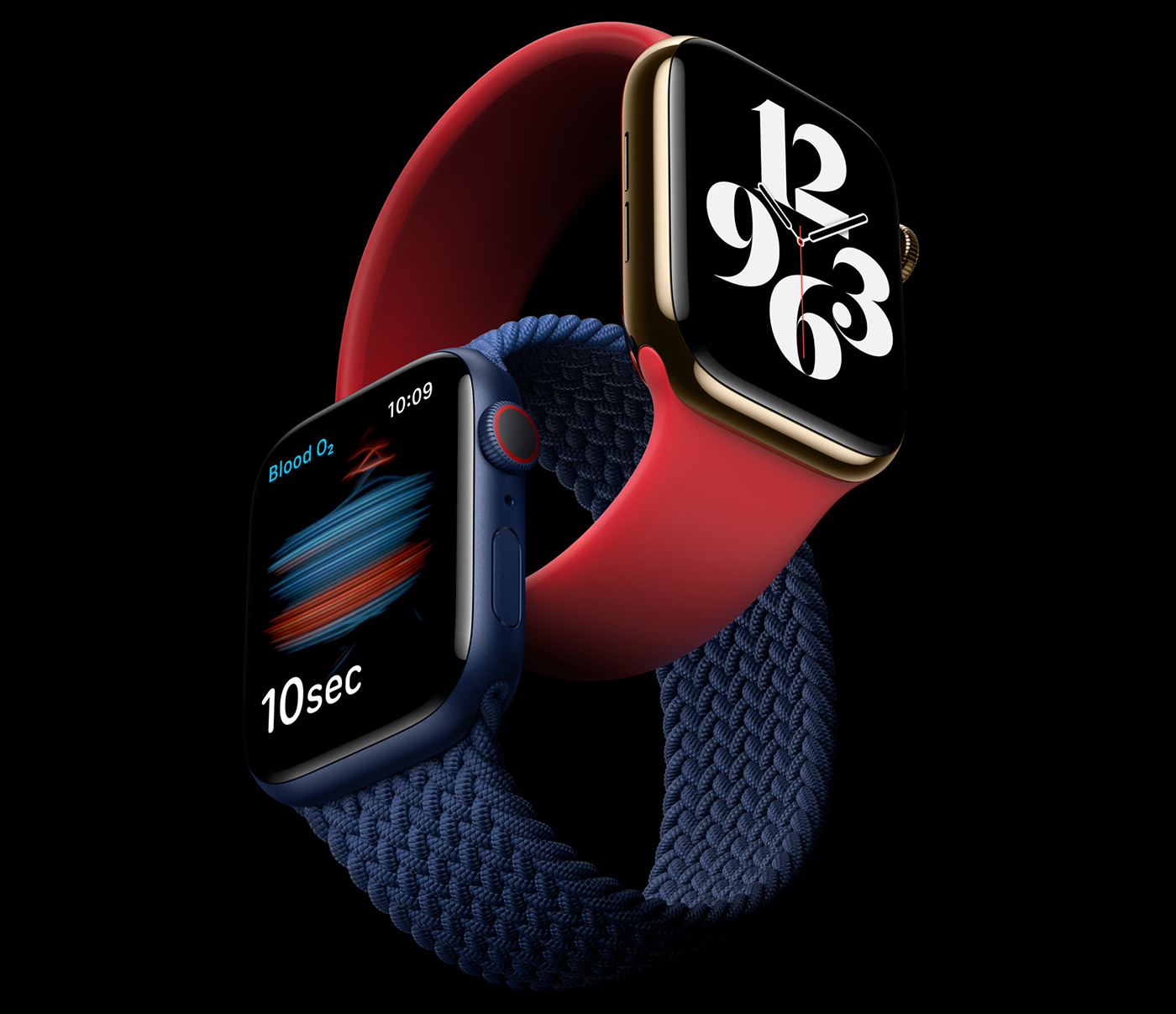 It was admittedly a lot more fun witnessing the unveiling of the last round of major Apple Watch updates, watching directly from inside the Steve Jobs theater at the brand’s sprawling Cupertino campus, but 2020 had other plans. Like we saw for June’s WWDC event broadcast, this fall’s unveiling took place via livestream with brand CEO Tim Cook kicking off the summit, walking viewers through the latest updates and sharing anecdotes from Apple Watch-wearing personalities who shared their own success stories with the product. These ranged from a future Olympian with Type 1 diabetes, to a sufferer of high blood pressure and hypertension who used his Apple Watch to track exercise and measure health improvements that ultimately enabled him to get off his medications.

Now, the new Apple Watch Series 6 doesn’t deliver the same dramatic hardware updates that we saw in Series 4. Instead, it continues the trend of more case finishes and color offerings, better performance with an updated chipset, and markedly more comprehensive wellness tracking – particularly a new Blood 02 measurement function, which is central to aiding the wearer in early detection of COVID symptoms, making this new iteration perhaps the Apple Watch’s most globally relevant edition yet. 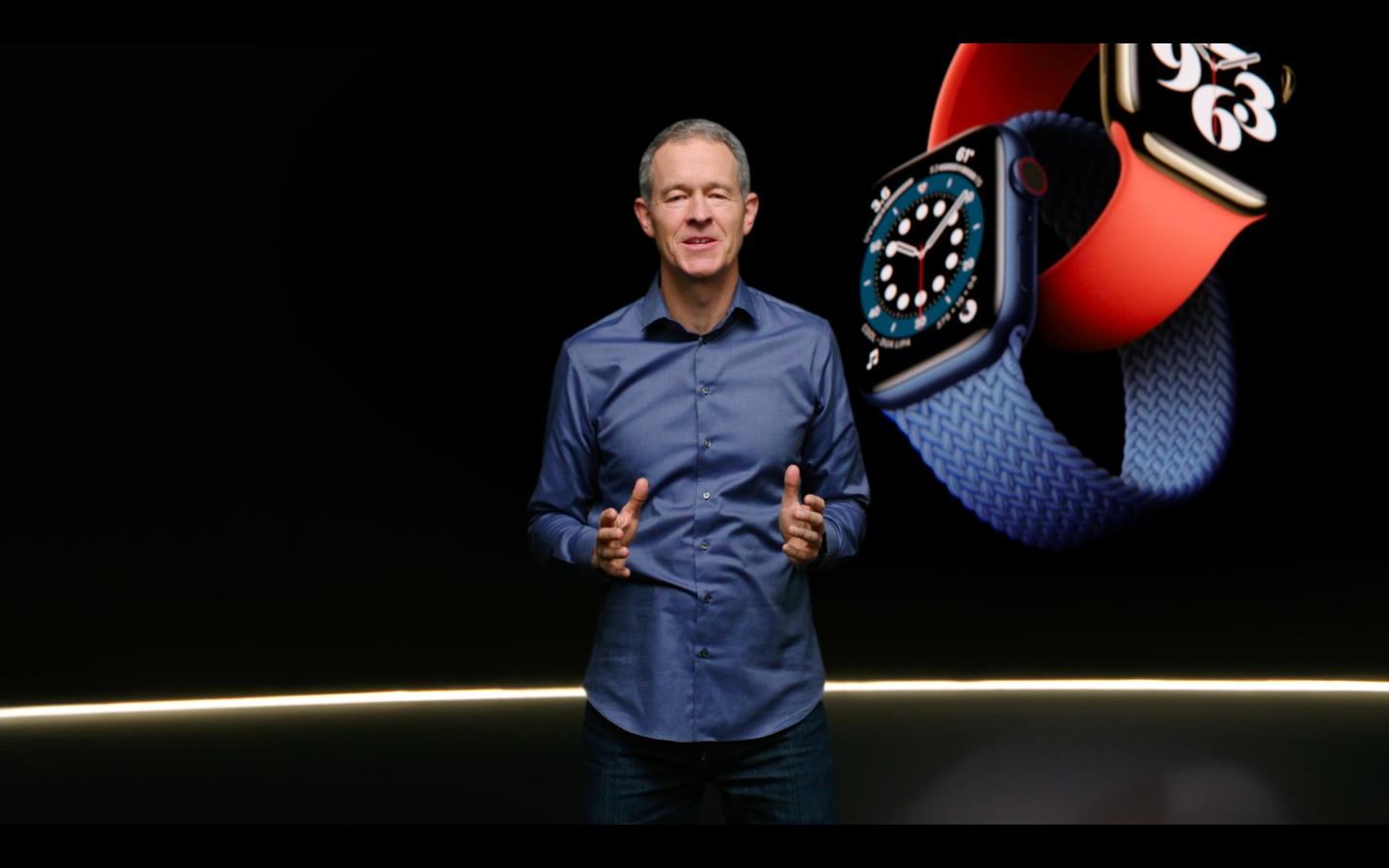 If you’ve been following the arc of the Apple watch since its launch in 2015, you already know that the product’s vision hasn’t always been crystal clear. The first edition felt like Apple was trying to digitize the premium analog watch experience, then later iterations felt particularly like the watch was more or less an extension of one’s phone. It wasn’t until the Series 4 from 2018 that it really started to feel like the Apple Watch was something bigger: the addition of the electrocardiogram (ECG) function effectively turned it from an accessory to a necessity for many wearers, and a device that Apple predicted that its customers would need, instead of just want. The updates in Series 6 continue this trend, albeit with one major change in context: the global pandemic. At no time in history have we all been forced to be more mindful of our own health and the health of people we love. Judging from what we’ve learned and experienced in the last eight months of 2020, people are more willing than ever to equip themselves with the tools they need to preserve that health. Enter the Apple Watch Series 6, which doesn’t contain the sweeping hardware updates that we got back in 2018, but instead continues to develop the cohesive ‘medical device’ concept that the Series 4 pioneered at a moment in time when the Apple Watch has never been more relevant. 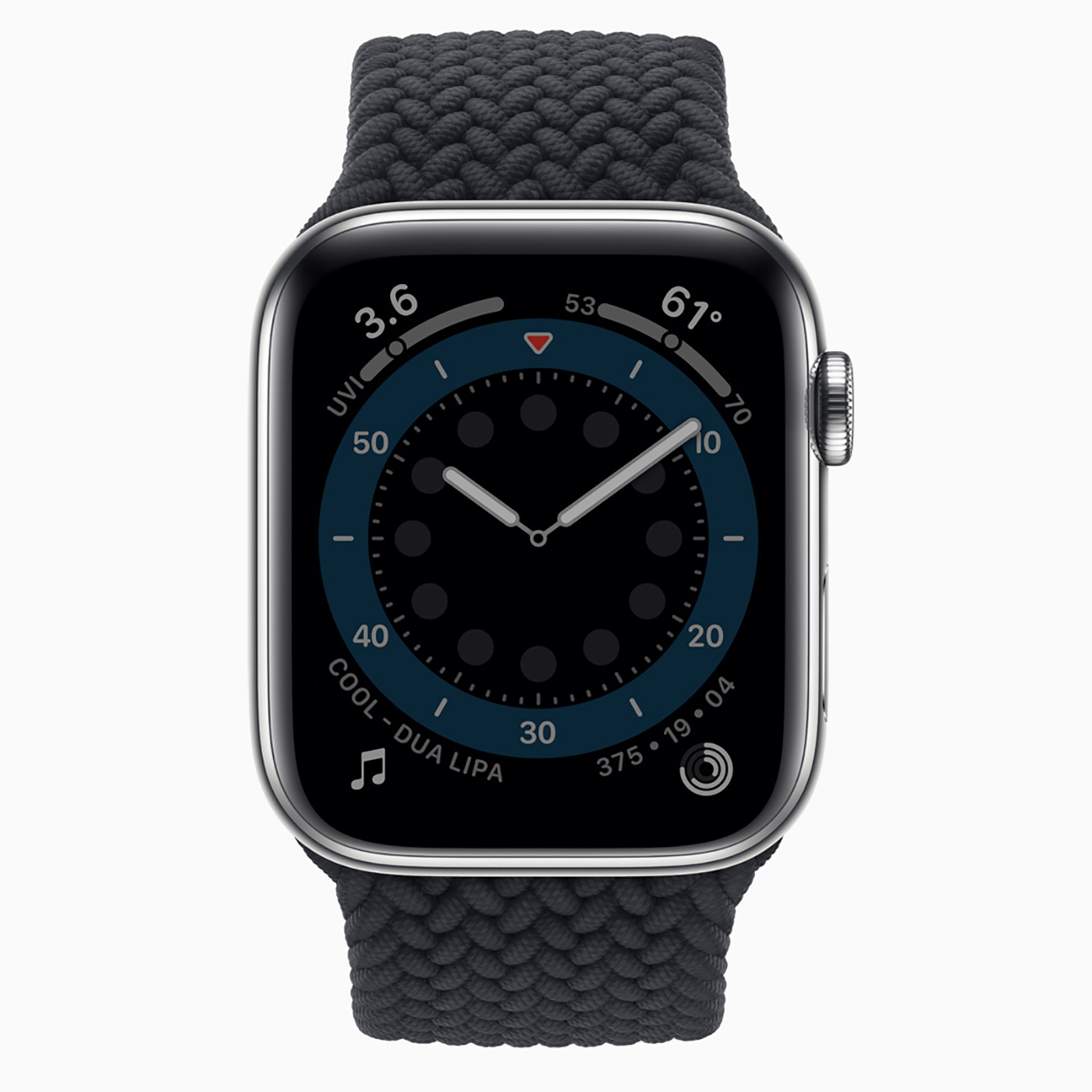 As Ariel reported earlier this year, the Apple Watch Series 5 software updates brought about a welcome suite of “always-on” everyday features – like the Sleep App, a novel hand-washing timer (oddly prophetic, I know), and the new ability to measure V02 max, which is a maximal oxygen uptake measurement utilized primarily by elite athletes as a primary indicator of fitness. Series 6 continues these trends, leveraging a faster next-gen S6 SiP chipset (20% faster than the previous generation, with architecture based on what’s currently powering the iPhone 11) which powers watchOS 7 and a slew of new functionality that introduces new ways for wearers to stay active, monitor progress, and manage their health in new ways. And while Series 4 more or less promised the same things, its core update was the ECG. Series 6 continues this tradition of “more” and “faster” with the introduction of a new blood oxygen sensor, which measures the percentage of oxygen being carried by red blood cells from the lungs to the rest of the body (SpO2). Technically speaking, this measurement isn’t particularly new – it’s the core metric that can help indicate fitness levels (i.e.: how well oxygenated blood is being delivered throughout the body), but it’s also the primary metric being used to measure heart rate in the majority of optical sensor-equipped fitness trackers – including earlier versions of the Apple Watch. 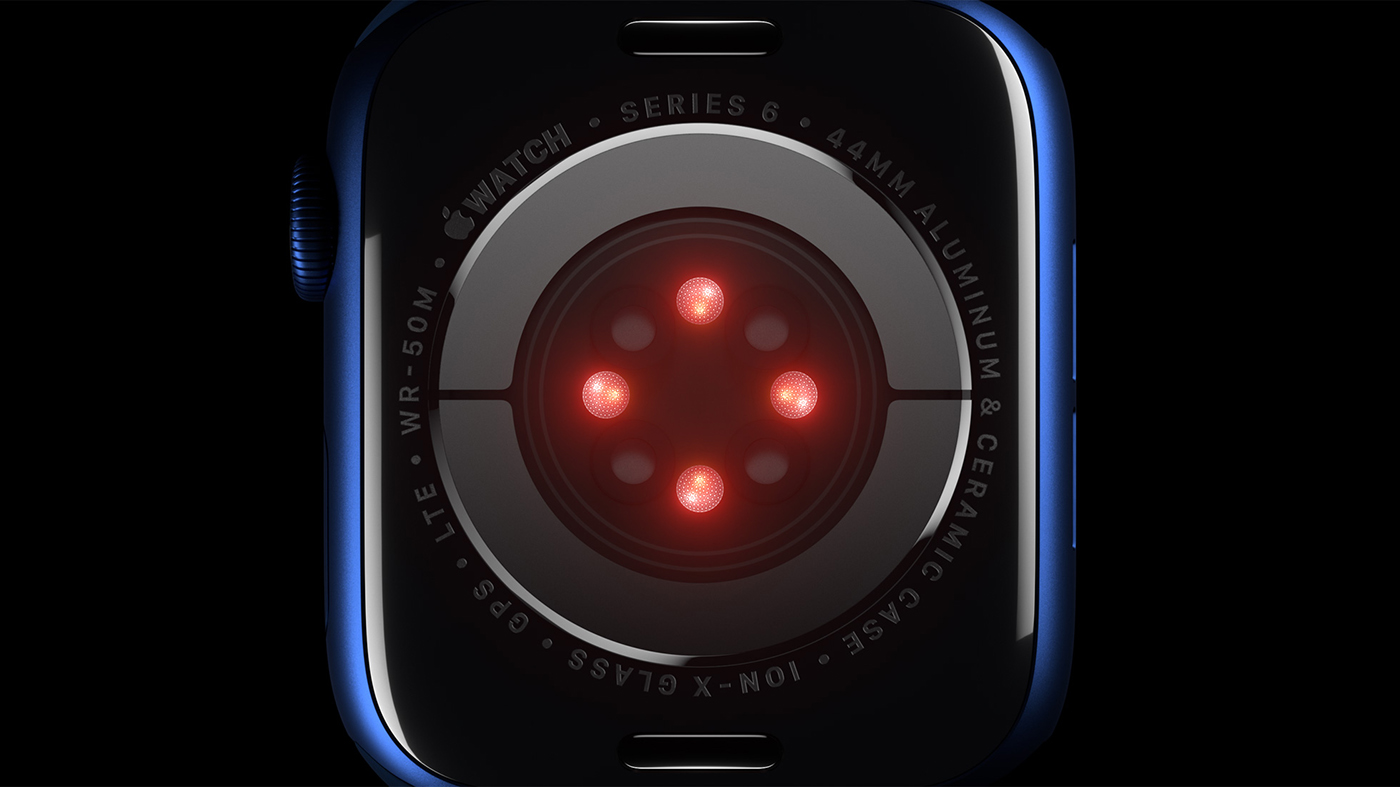 The Series 6 metric differs from the algorithm used to calculate heart rate though, because Apple believes that being able to measure blood oxygen can help manage and control asthma, while aiding in early detection of other respiratory conditions like influenza and even COVID-19 – and that’s why this is a big deal. These measurements can be taken while the wearer is still, or during periods of inactivity like sleep – similar to how a Whoop tracker measures respiratory rate. And to prove the significance of this new feature, Apple is contributing with researchers to conduct three health studies through the University of California, Irvine, and Anthem that will explore how these levels can be used in future health applications. 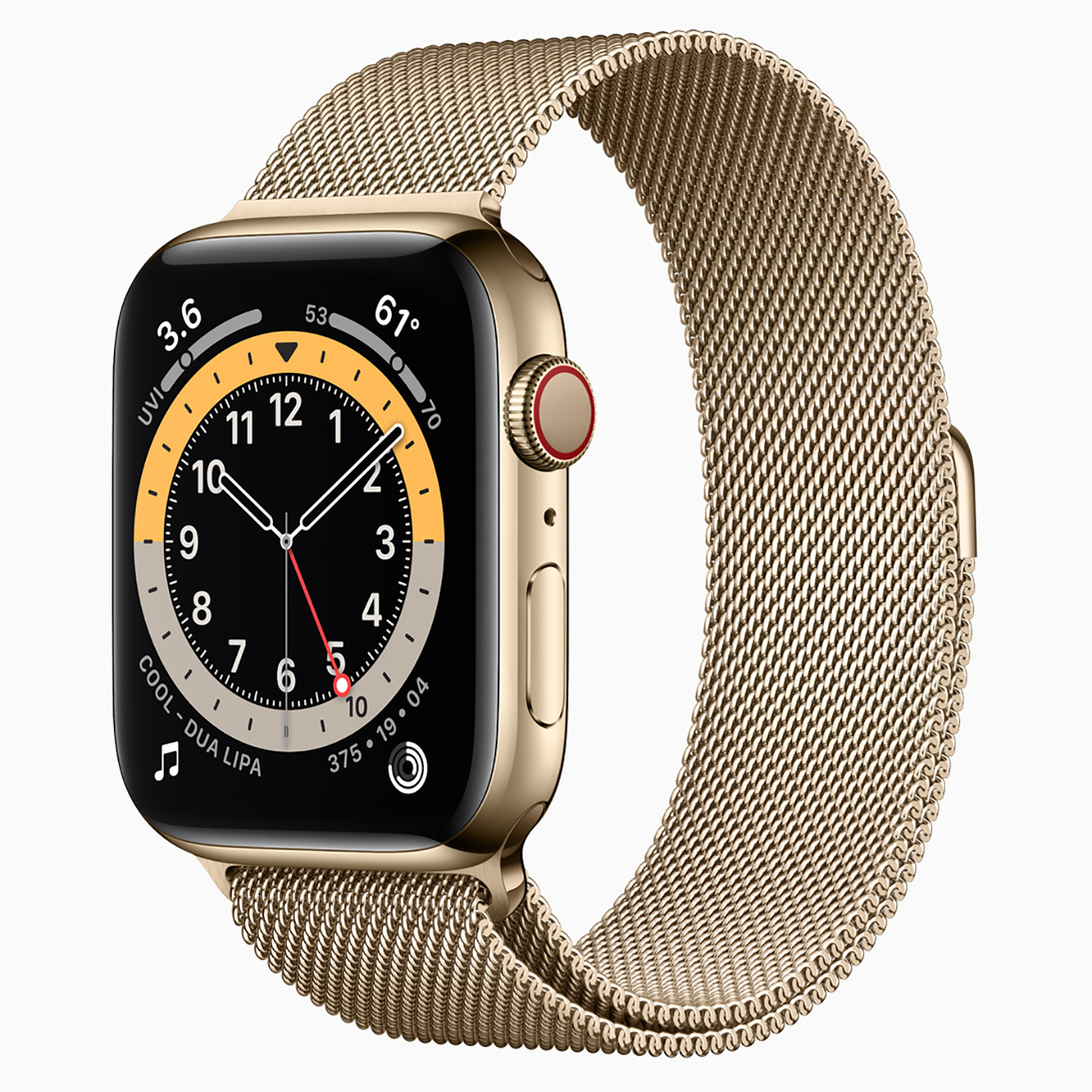 Apple is claiming this is the brand’s most colorful Watch launch yet – and though every release boasts a myriad of new colors and case finishes, this one indeed brings about a considerable number of new SKUs. These include a red anodized variant for Product (RED), and an entirely new reference: the Apple Watch SE, which takes a page out of the affordable Apple iPhone SE book, marrying a last-gen chipset with some of the latest apps, features, and the newest strap and color variations. The Series 6 is also launching with a new fitness service built exclusively for the Apple Watch. Called Apple Fitness+, this new subscription service grants Apple Watch wearers access to activity-specific workouts (think running, cycling, yoga, HIIT, etc.), personalized trainers for each activity, and workout-specific music, all for around ten bucks a month. This service ties in neatly to the enhanced fitness tracking capabilities of the watch like V02 max and blood oxygen level measurements, and is designed to augment the watch’s higher calling not just as a fitness tracker, but as a personal coach that can empower its wearers towards a greater sense of wellness. 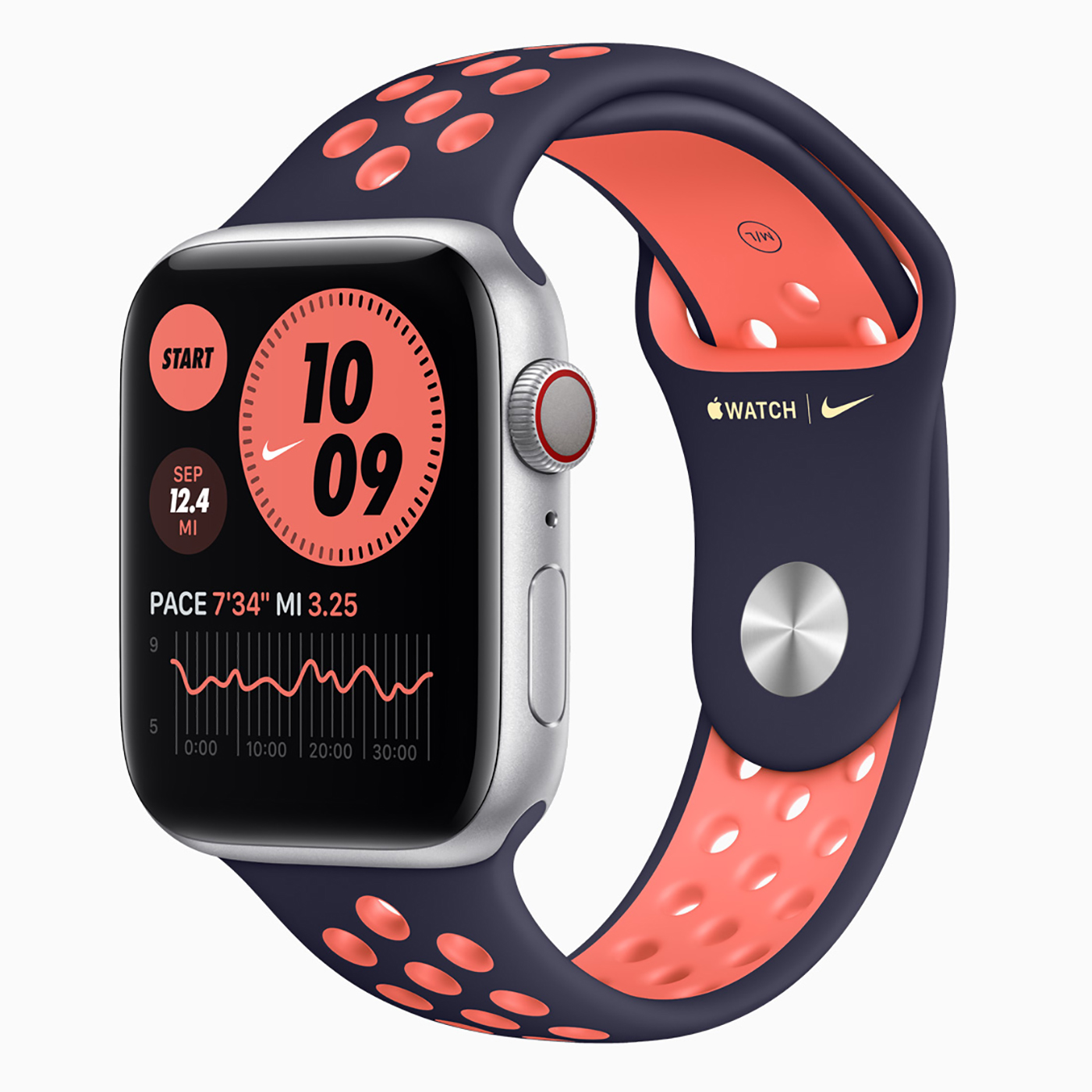 One particularly interesting layer of the keynote was the reminder that Apple has pledged to be 100% carbon neutral by 2030. Now, even though Apple is not amongst the top 100 companies responsible for over 70% of all global emissions, the Silicon Valley tech giant is part of the RE100 initiative, which includes the likes of Facebook and Google who’ve also pledged the same. This relates to one key update on the Apple Watch Series 6, which no longer requires a USB power adapter – a simple omission that Apple claims will result in the carbon footprint removal of the equivalent of 50,000 cars from roads per year. 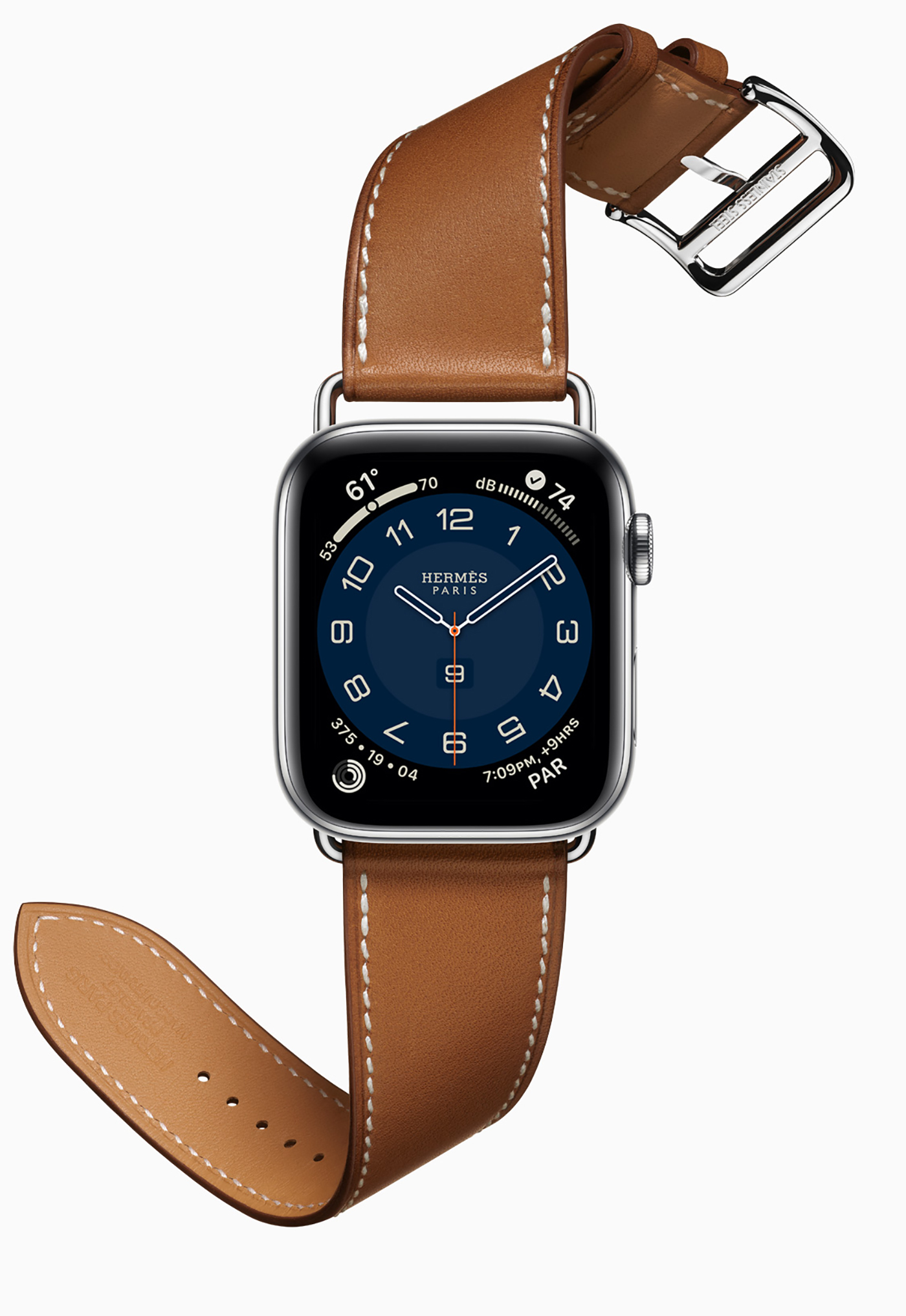 It’s worth repeating: the Apple Watch might have once represented an existential crisis for the Swiss watch industry, but over the course of five short years, its purpose, audience, and real-world application have all collectively evolved into something dramatically different – something that’s never been more relevant than in a year of global wellness upheaval. The full-featured Apple Watch Series 6 starts at a price of $399, and the pared-back Apple Watch SE with GPS starts at a price of $279. The Series 3 is still featured in the lineup, now as the most affordable point of entry with a price of $199. True to Apple form, the watches can be ordered starting this week, on Friday, September 18th. For more details on the Apple Watch Series 6, visit apple.com