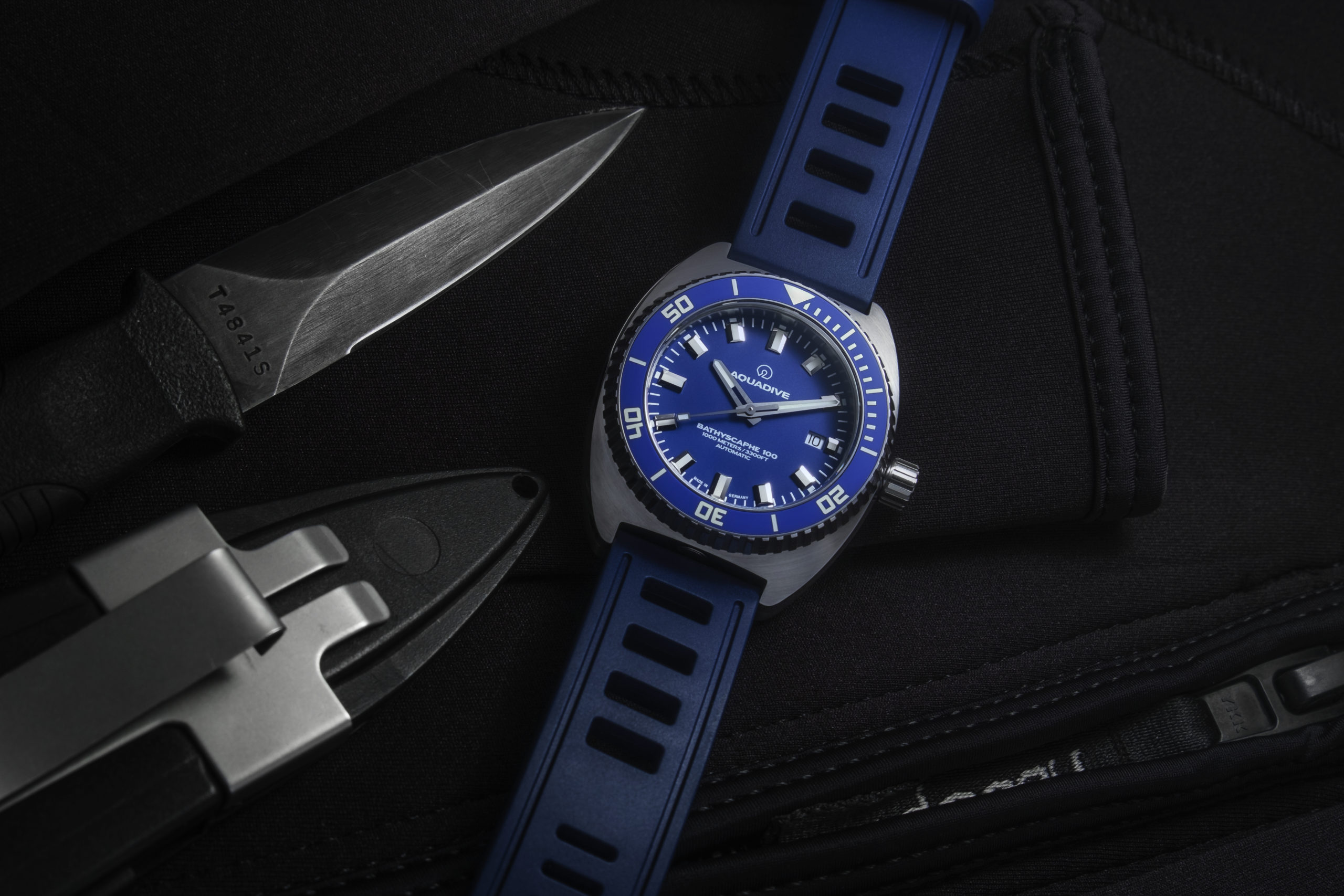 Dive watches are one of the most popular genres of wristwatches on the market. They represent a standard for durability and reliability. If a watch is built to survive 300M down in saltwater, it’ll be fine doing whatever I’m going to do with it. At least that’s how I think about it. Few brands are completely nailing the dive watch concept as well as those owned by the Synchron Group, namely Doxa and Aquadive. The former should be familiar for most enthusiasts, at this point; the latter, however, is slightly less known. Aquadive was a function-focused dive/tool watch brand from the 1960s. You likely would have never heard of them then, either, if you weren’t active in the diving community. They were purpose-built and didn’t mess around. Sadly however, they didn’t make it through the quartz crisis of the 1970s. Fast-forward to the early 2010s, when the brand was reborn under the Synchron Group. It has released some really nice pieces recently, including the Poseidon × Aquadive Bathysphere GMT. Today, though, we’re here to discuss the brand’s newest release, the Aquadive BS100 “Hard Blue.”

This watch is a 42.9mm steel-cased dive watch rated to 1000M. It features a flat AR-coated sapphire crystal, a helium-release valve at 6 o’clock, and a deep blue ceramic 120-click bezel. Aquadive also states that the case thickness on this bad boy is 12.5mm. The BS100 hosts an ETA 2824-2 movement and comes on one of two genuine ISOFrane (also part of Synchron) straps, one blue and one black. 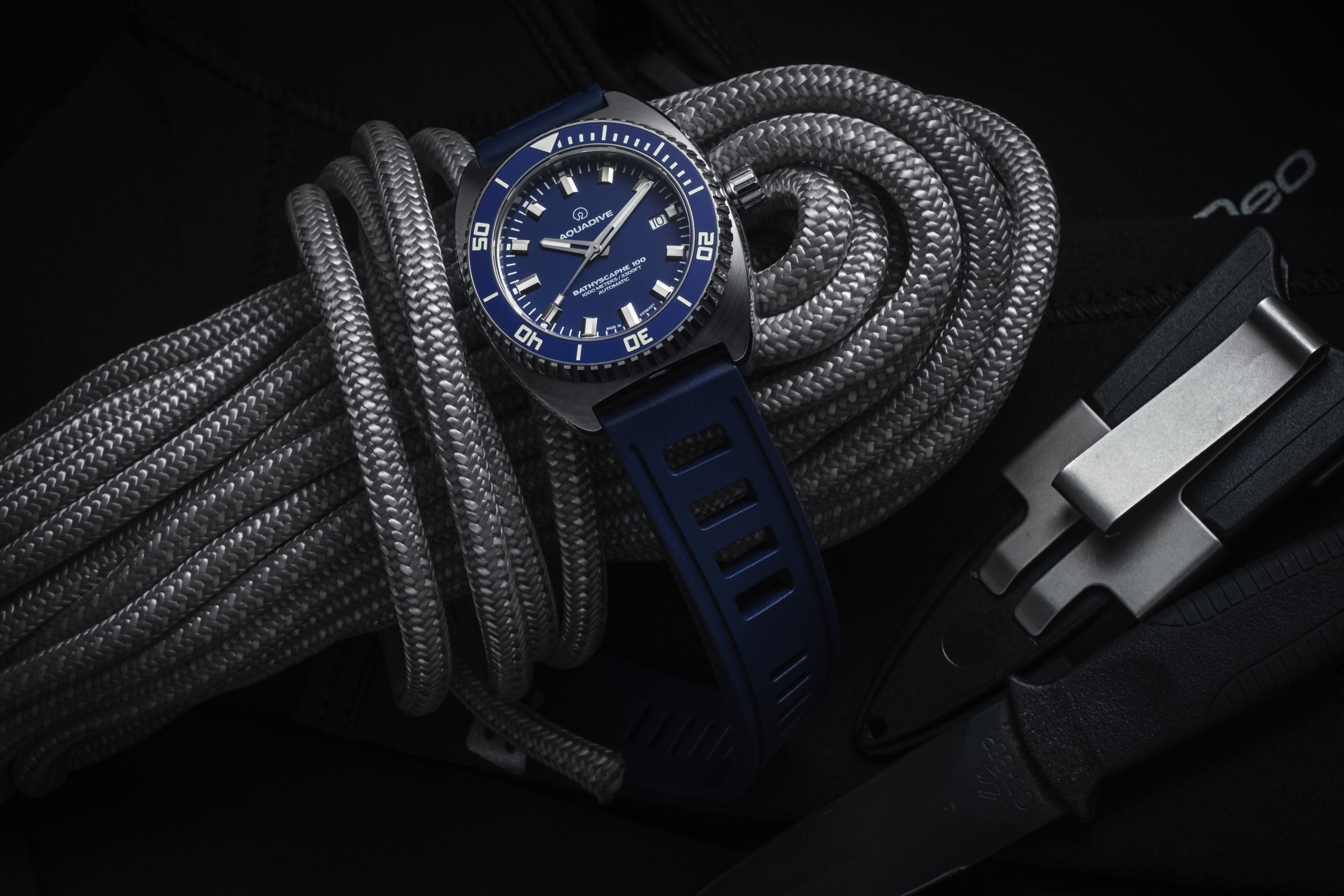 In my opinion, Aquadive has done something remarkable in one particular aspect. This 1000M dive watch is 12.5mm-thick. In a world where most dive watches sit around 14mm tall (or more), Aquadive defiantly claps back. They do so at a price point that I find really attractive, as well. The BS100 can be had for as little as $1590 during their pre-order sale ($1890 after). 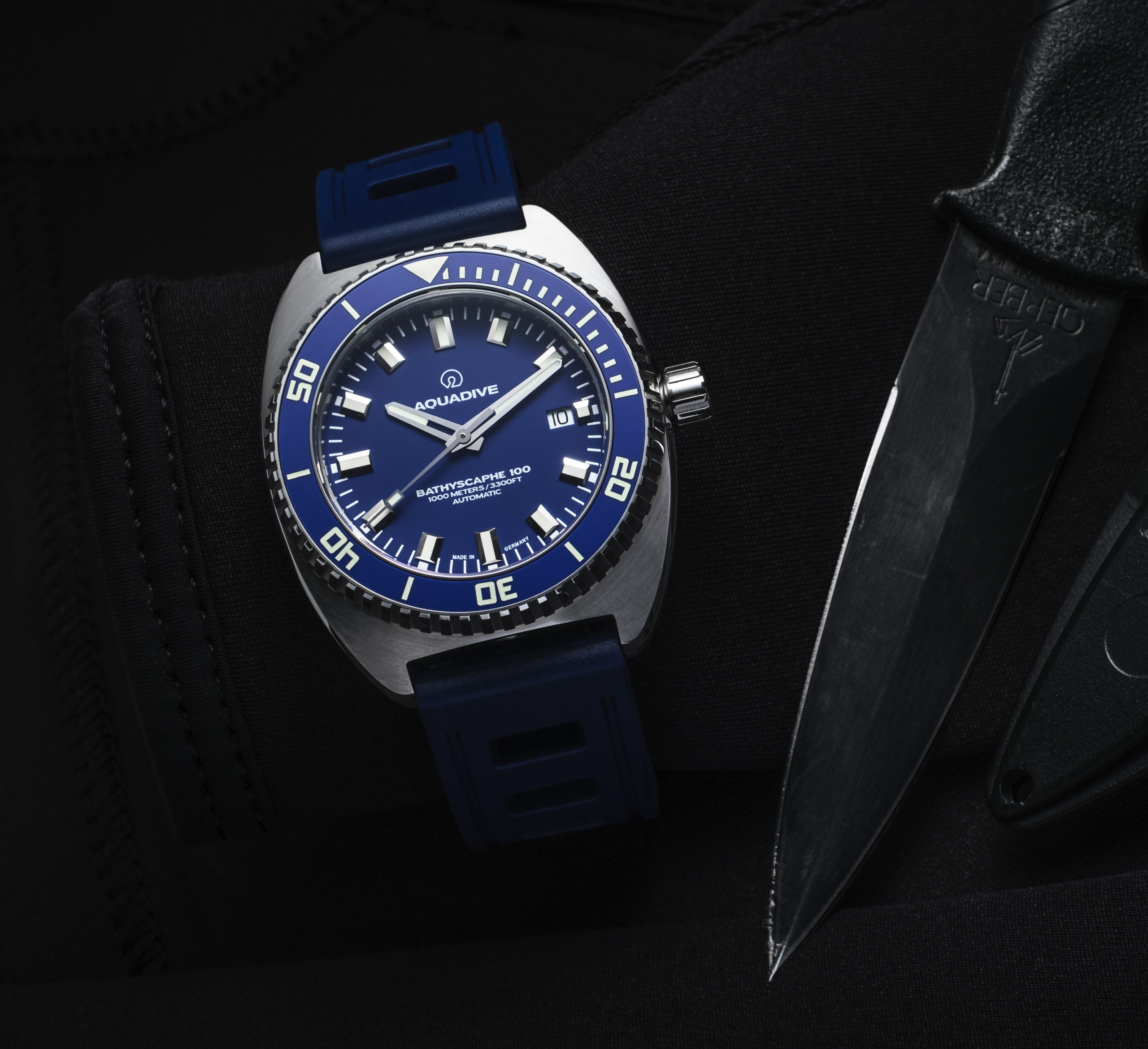 Looking past the case size, I still think Aquadive did an excellent job. The blue is deep and pops off the wrist. The dial is well laid out, and one can assume that the use of C3 Super-LumiNova means it’ll glow like a torch at night. Aquadive isn’t messing around when it comes to the watch’s diver-y features either. The BS100 employs dual-crown gaskets, the infamous HR valve, and that 1000m depth rating. Pound for pound, this feels like a win to me. 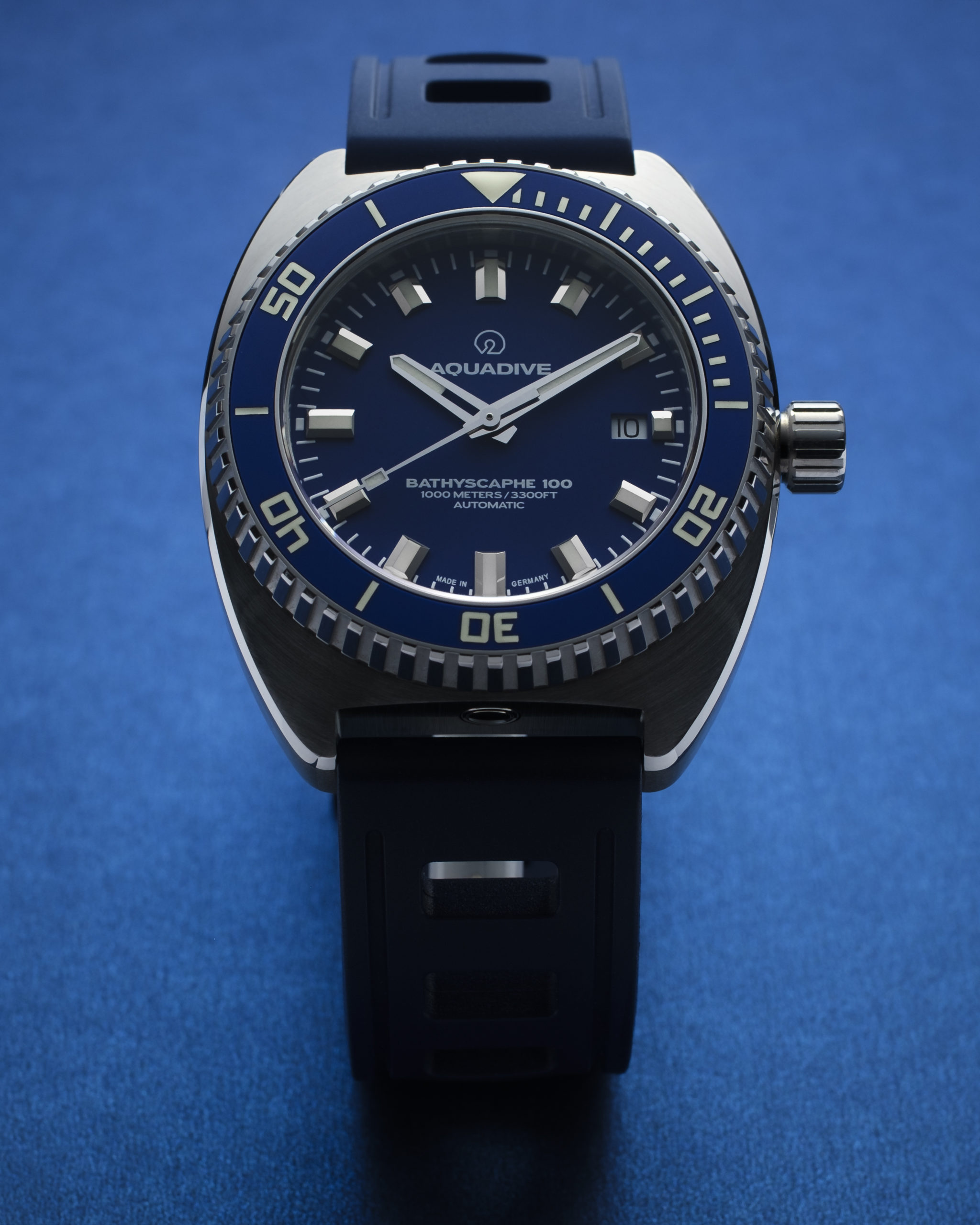 I’m sure, by this point in this article, I’ve made my feelings about Aquadive’s new release very clear. I’m a fan. It’s a good size, an excellent thickness, and it features some really nice touches that generally aren’t attainable at this price point. I’ve been a long-time fan of the brands under the Synchron umbrella. Doxa’s revitalization has been exciting, as has the reintroduction of Tropic straps. Plus, ISOFrane straps are some of the best rubber dive straps out there, in my estimation. Aquadive seems to be Synchron’s little laboratory where it can experiment and work on some fresh ideas while still managing to maintain the brand’s original character. Currently, Aquadive is offering a pre-order discount at $1590, after which the price will go up to $1890. For more information head on over to aquadive.com.