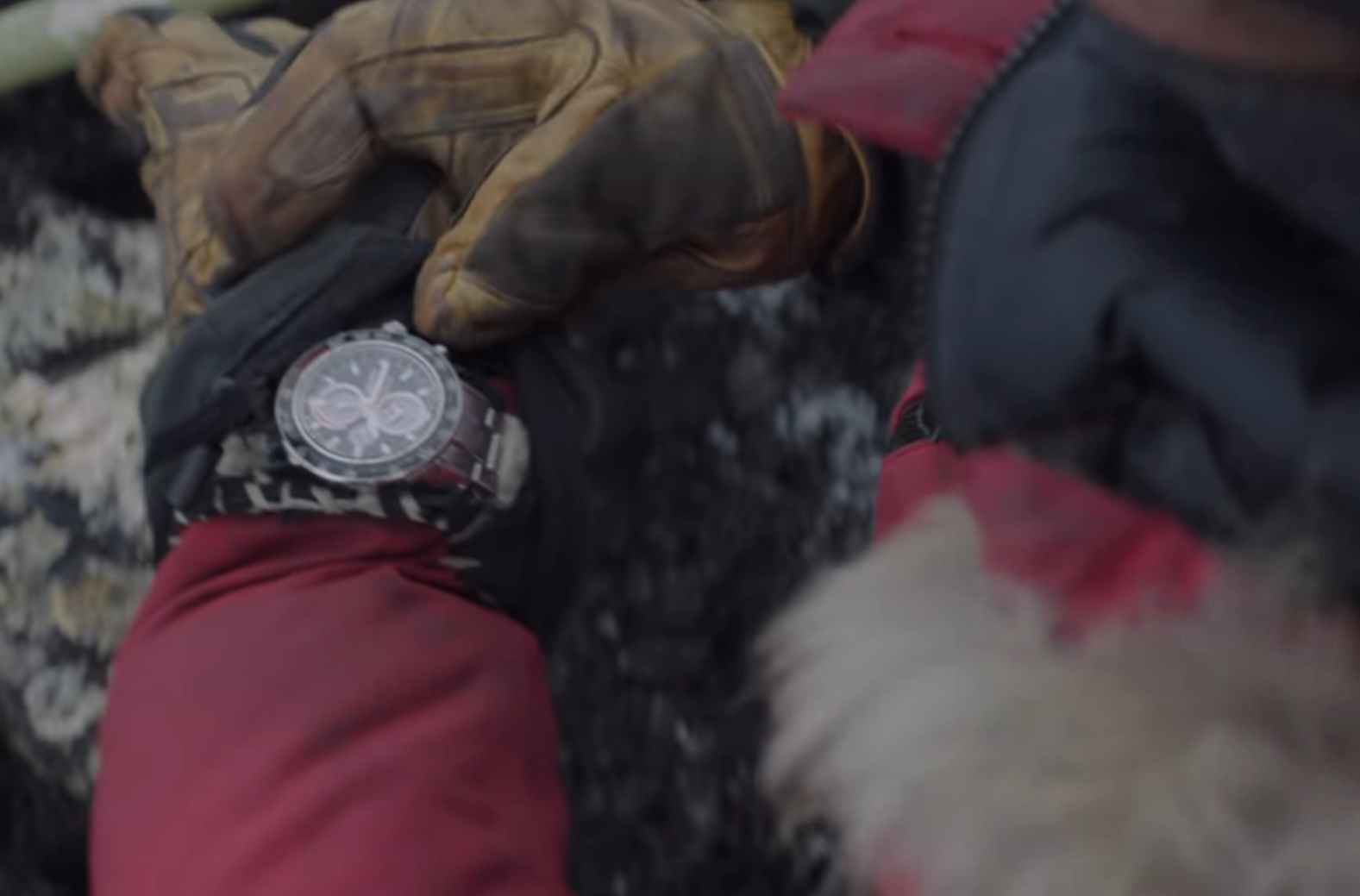 When a downed aviator crash-lands near the North Pole in the 2019 movie Arctic, he has little to help him survive — but he does have his trusty timepiece. Danish actor Mads Mikkelesen plays the challenging role of a lifetime, duking it out against the elements, a polar bear, and starvation in this film about trying to survive in one of the most inhospitable places on earth. Mikkelsen’s character, known only as “Overgård,”  actually does the survival part rather well — thanks, in large part, to his wrist watch, the Seiko Sportura Solar Chronograph.

The piece is a Seiko ref. SSC357 — a now-discontinued model in the popular Sportura collection. Coming in a few styles, the collection was known as Seiko Sportura Solar Chronograph Perpetual. As a timepiece to help one survive in the Arctic, it isn’t a bad choice. First of all, this is one of Japan’s many handy solar-powered watches, so it would never need a battery. That removes the fear about your watch dying (though it could still break or get lost). 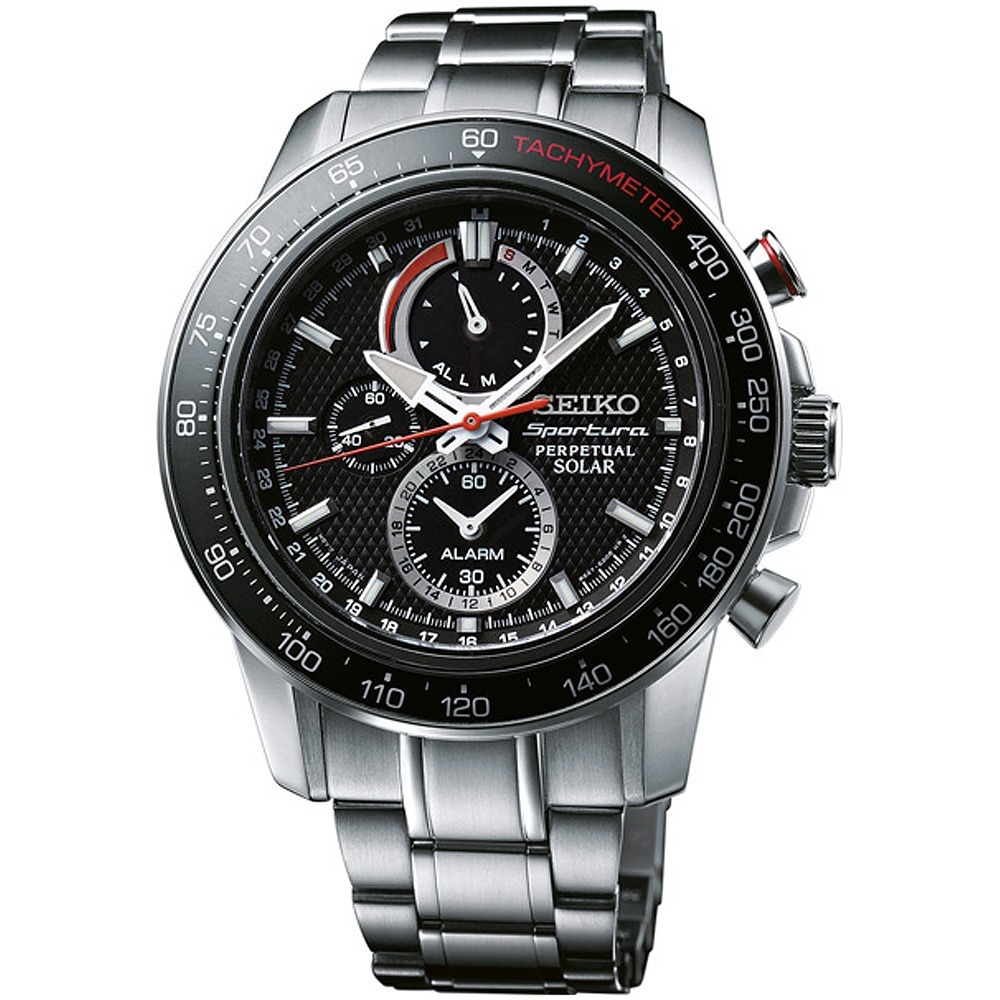 What I found very interesting (and uncommon) about Mikkelsen’s character’s watch in Arctic is that it isn’t merely a piece of his costume, but rather an integral part of the story. Many times throughout the film, the wrist watch’s alarm feature goes off. The main character uses the alarm to be reminded of a variety of tasks, given that a key to survival is organizing one’s time properly in order to get enough done during the day. More so, without a watch to send reminders at various time intervals, it’s easy to lose track of time altogether near the earth’s poles, because of the often perma-light conditions, where, in summer, it never gets completely dark.

Wardrobe-wise, the watch was actually part of the outfit in Arctic. Rather than being worn on the wrist (as might be expected), the Seiko Sportura watch is worn on the outside of the main character’s signature red parka jacket (though still often covered under a protective black flap). It appears as though the watch was removed from the bracelet and attached to the sleeve, or that the bracelet was inside the jacket. In any event, the watch is worn on the outside so that it can be more visible for reading and accessing. In the bitter cold, it would not be a good idea to regularly pull back one’s entire sleeve in order to glance at one’s watch. For the purposes of the Arctic plot, one might also have more trouble hearing the alarm if the watch were buried under layers. 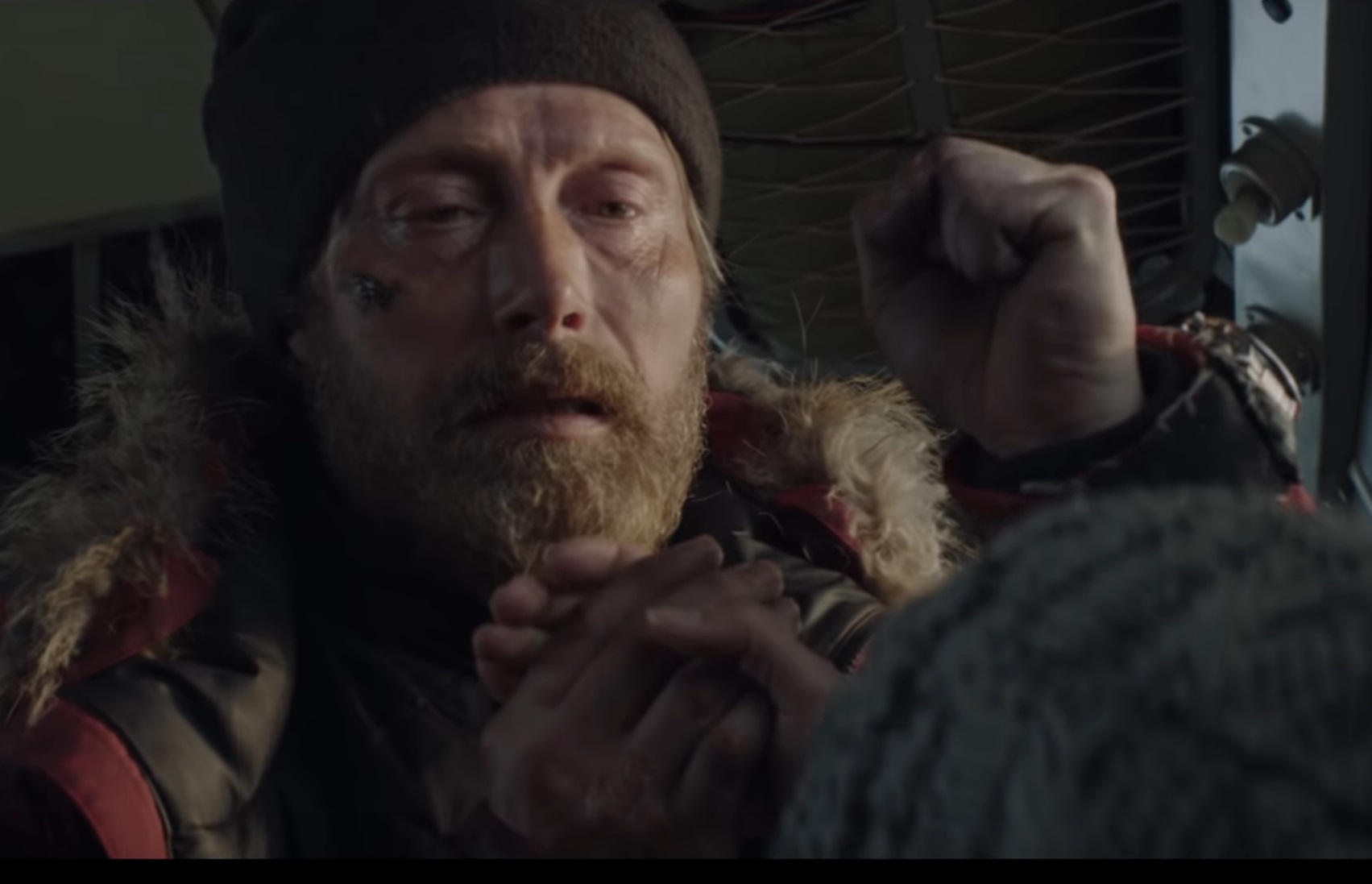 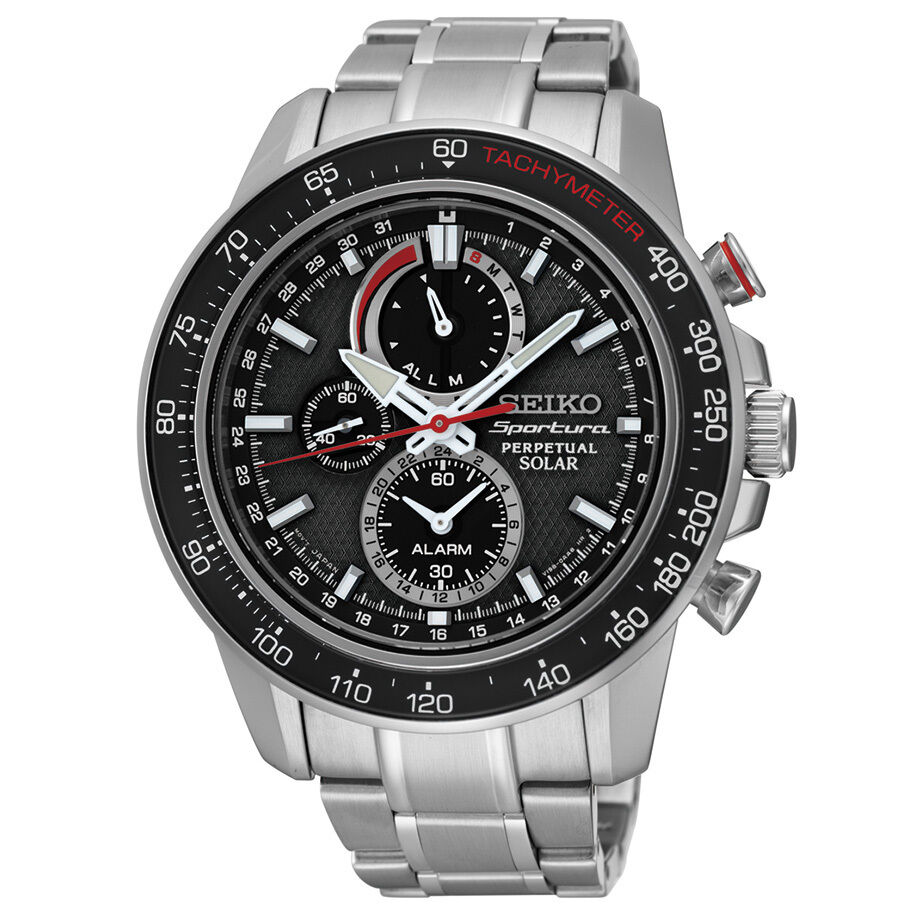 Time and again, you hear the digital beeping of the Seiko SSC357’s alarm, bringing you in to the life of the lone survivor. The plot never even describes in detail what the alarm reminders are for — but waking up is clearly one of them. What you also don’t see in the movie is Mikkelsen setting the alarms all the time. Unlike some watches with multiple automatic alarms, this watch has one alarm that is set on a 12-hour dial. That means it could go off twice a day, unless there is a 24-hour function indicator. In any event, what would have been going on off-screen in Arctic is Mads Mikkelsen adjusting the alarm a few times a day to help him keep on track. 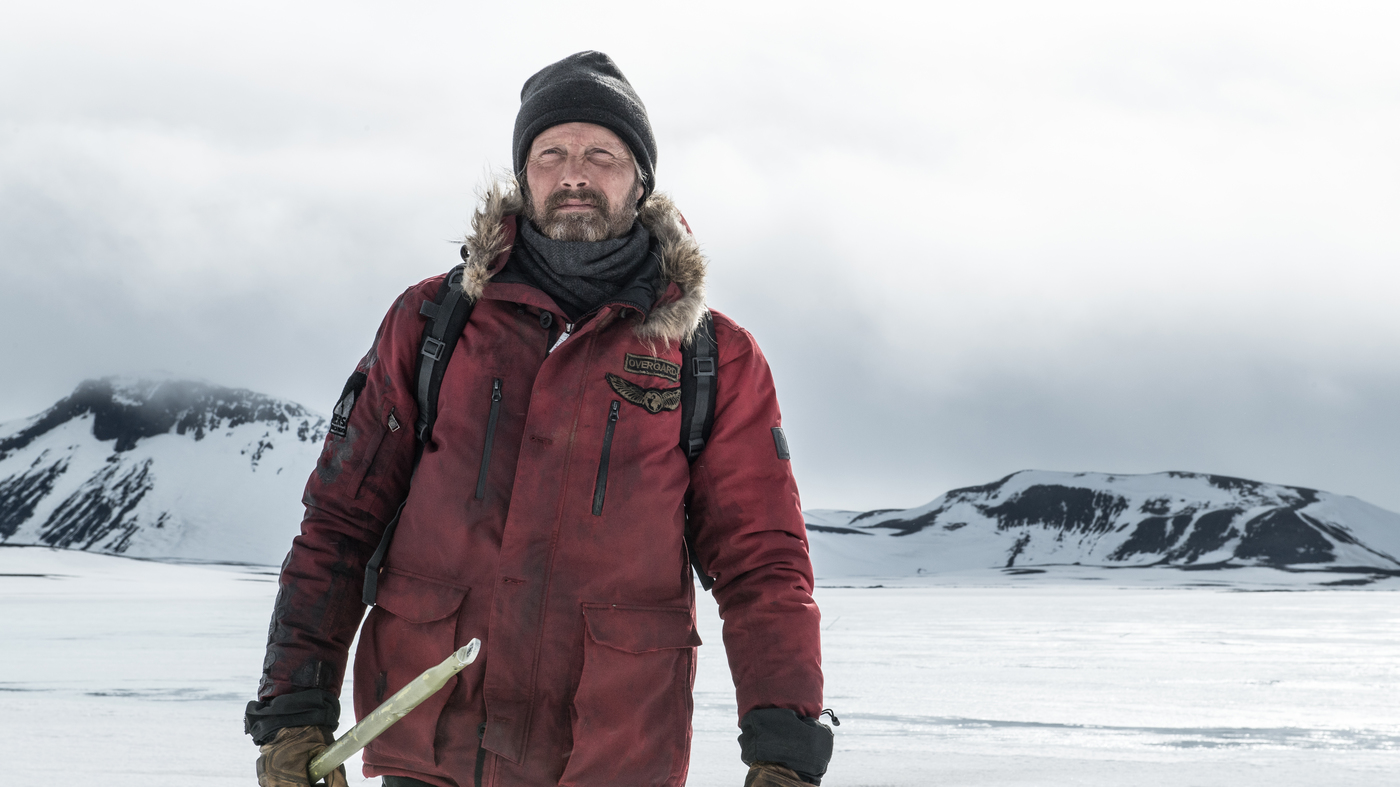 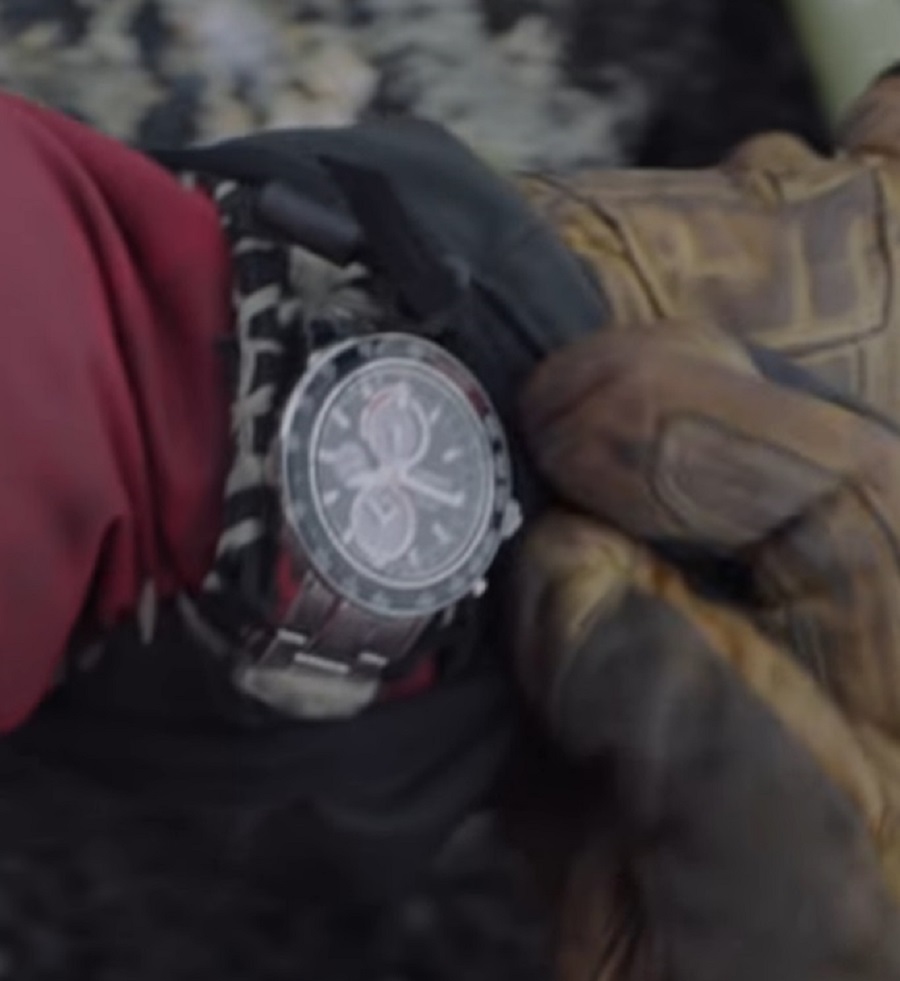 Alarms are still a common feature in digital watches, but less so in many higher-end watches. Higher-quality quartz-movement-based watches, such as this Seiko Sportura Solar Chronograph Perpetual watch, are actually far less common these days. Watchmakers believe consumers who require alarms will probably opt for other devices, such as phones or smart watches. Then again, most phones and smart watches would have quickly run out of battery life in a real survival scenario such as the one depicted in Arctic. What you see demonstrated in the movie is an example of a modern, (potentially) real-life situation in which a watch (typically purchased as a fashion statement) can help save your life. These stories really help me, as a watch enthusiast, get into the utility potential of these tools we so admire. Rather than get excited about a watch designed to withstand dangerous conditions, it is a realistic story about how a watch can actually perform in dangerous conditions.

I don’t want to be a watch collector in a world where traditional timepieces are entirely made obsolete by other products that have less character and artistic value. I also appreciate how, in Arctic, Mads Mikkelsen isn’t an average guy wearing an above-average-priced watch. So often in movies, we see characters wearing timepieces they clearly couldn’t afford, even in their fantasy universes. The retail price of the Seiko SSC357 was $575 USD — which probably meant a street price of around $450 USD. This Seiko would have been entirely probable for Mikkelsen’s character — and that helps add to the appeal such a story and product-placement have. I don’t even believe Seiko had anything to do with it, since the value and durability of such a timepiece (and others like it from colleague Japanese brands, such as Casio and Citizen) would be apparent to any actual adventure consultant or Arctic explorer. 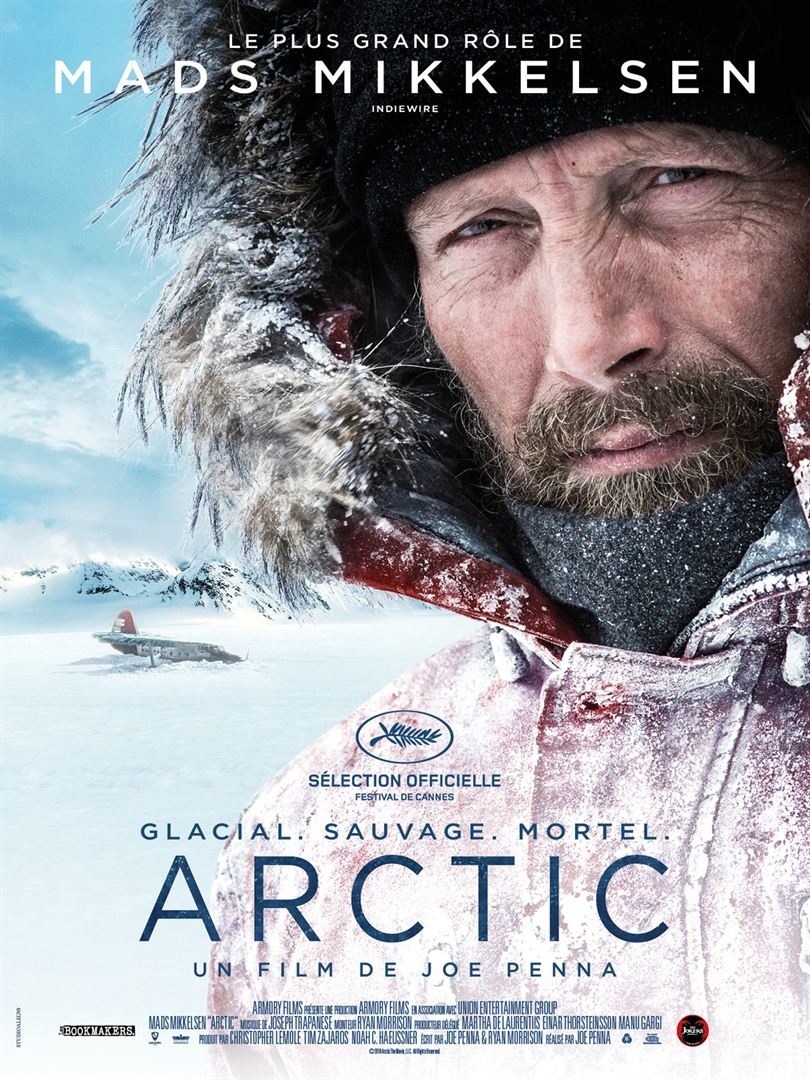 If you like survival movies as a genre, then I recommend seeing Arctic. Most of the film is entertaining and keeps your interest, as Mikkelsen’s energy never wavers, even as hope seems to. The last twenty-five minutes of the film, however, errs on the over-acted side. As desperation kicks in, and being saved seems increasingly less likely, Mikkelsen appeals to the Academy Awards jury panel a bit too much. He does, indeed, deliver the performance such a voting body would respond well to — but this also removes some of the tragic realism and quiet horror (or sense of accomplishment) that would accompany any real-life frozen weather survival scenario.

See available Seiko Sportura Solar Chronograph Perpetual Watches on eBay. [Will generate revenue for aBlogtoWatch if any purchase is made] 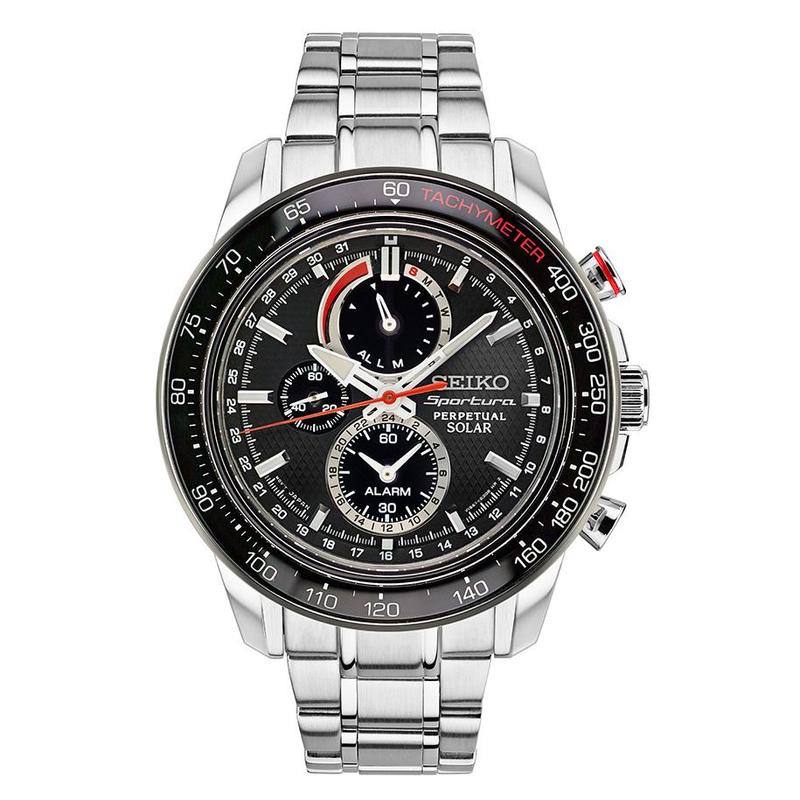