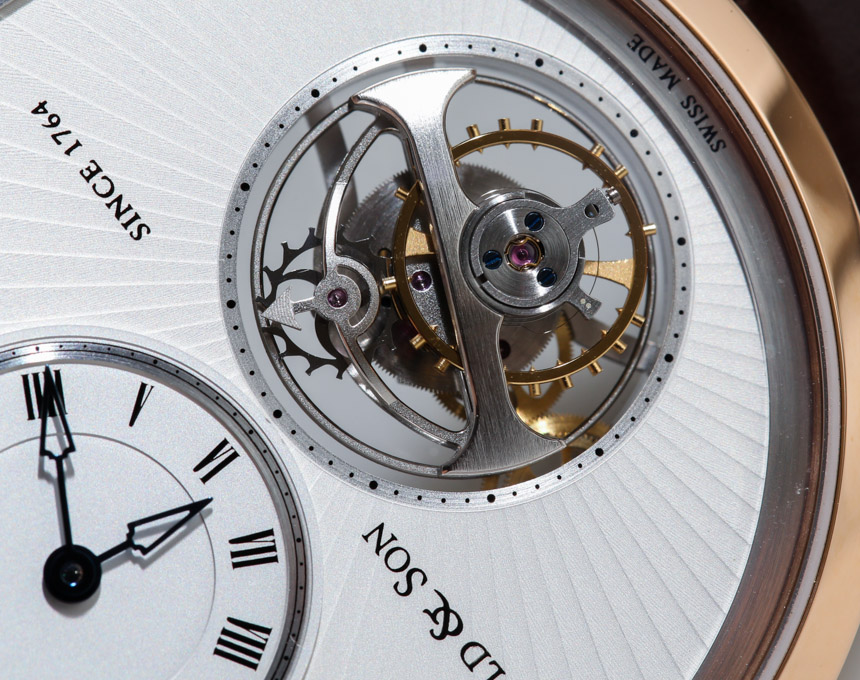 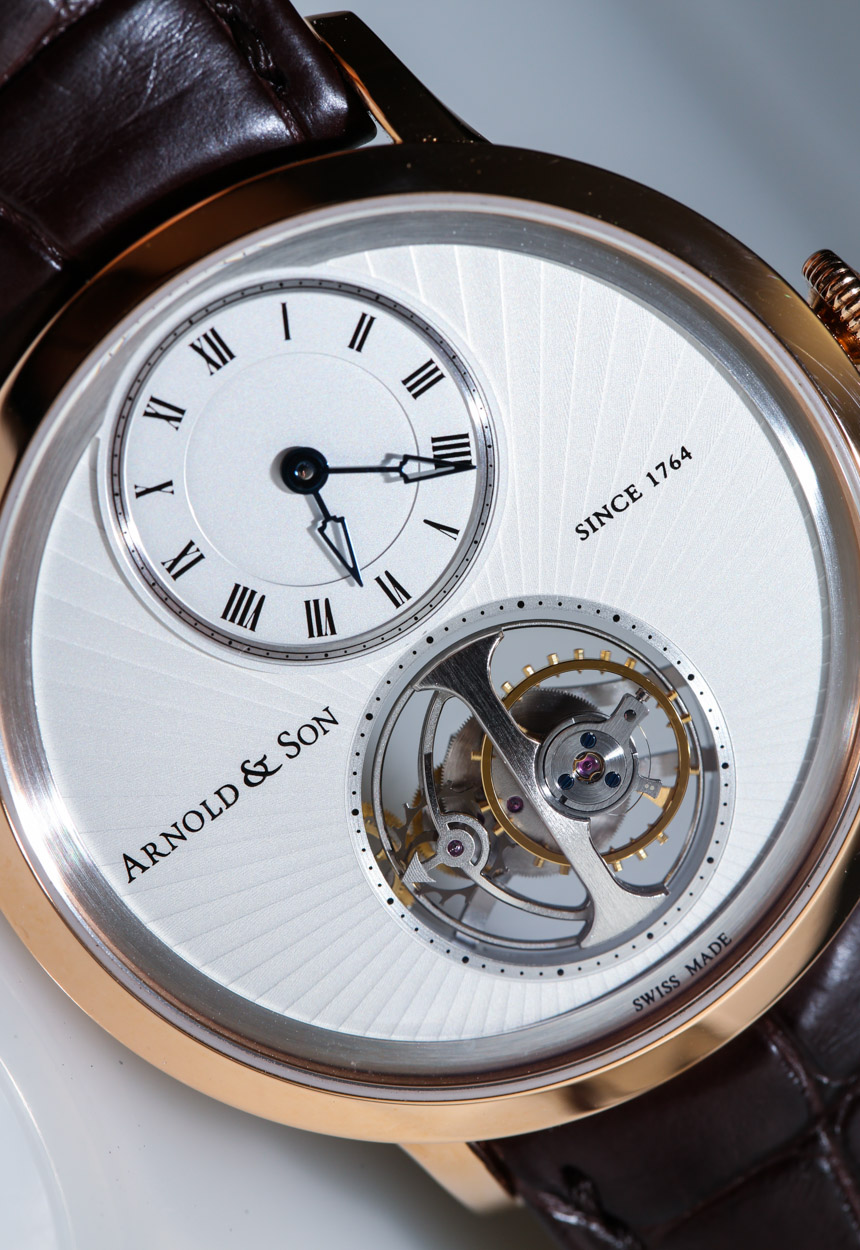 Despite the smaller eccentric dial for the time, I found it quite easy to read. The dial is legible, and the blue steel hands are easy to spot in most lighting conditions. Arnold & Son has been developing a signature dial DNA over the last few years, and I think they are hitting their stride now when it comes to releasing new, yet familiar designs that people see as being part of the same brand family.

Wearing the UTTE is a pleasure, though it does wear a bit smaller than its 42mm wide size may have you believe. It wears a bit small because of the thick bezel, thin case, and relatively small lugs. This isn’t a good or bad thing, but I say this to anyone who is a total purist and thinks that a 42mm wide dress watch is too large. Well, it sure isn’t here. 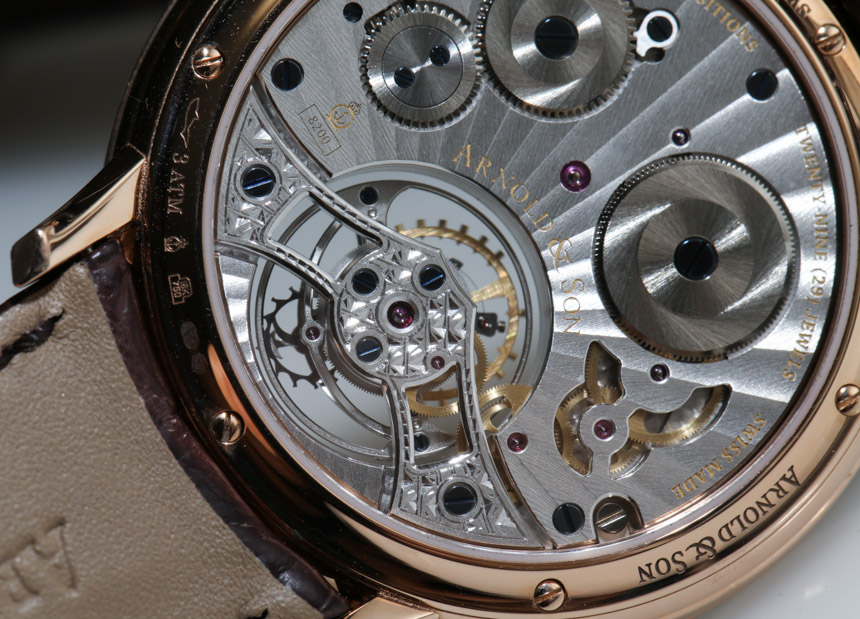 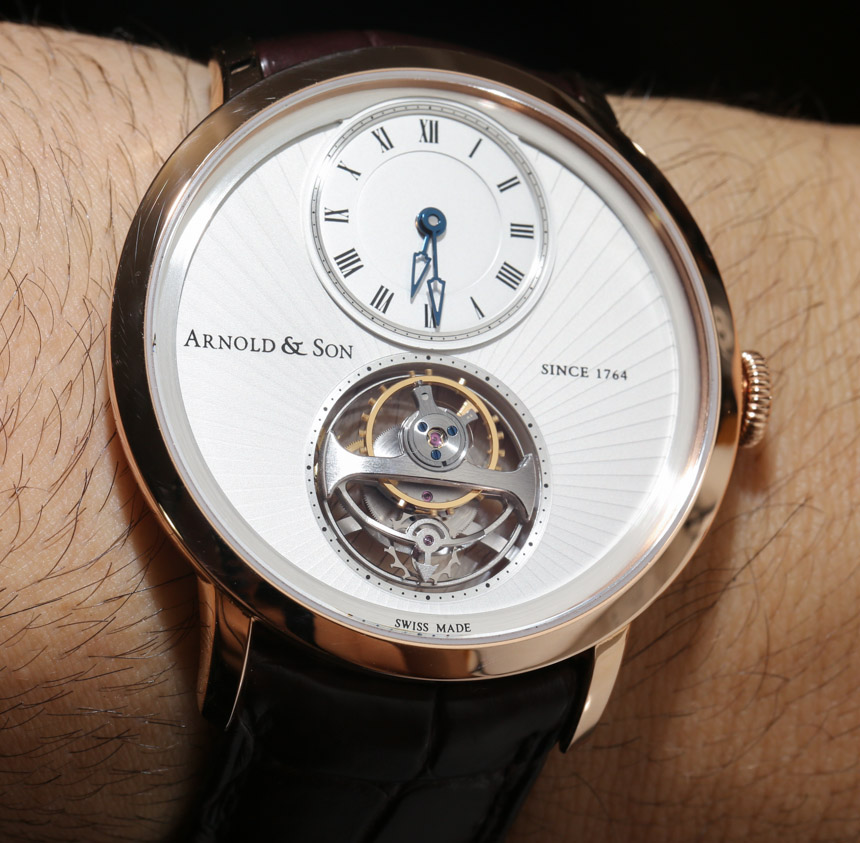 Why do people wear a tourbillon? It is a status symbol that communicates two things at once. First, it tells people that you really love watches. The tourbillon is a complicated animated feature that in reality serves little functional purpose but to please your eyes. So anyone who wears a tourbillon tells everyone else that they love watches, and on top of that they love mechanical watches.

Tourbillons are also a symbol of wealth. Prices for tourbillon watches remain high because the watch industry uses the complication to offer people with the resources a universal way of showing off. Dozens of different types of watches contain tourbillon escapements. What holds them all together is the tourbillon – a little spinning money machine that says, “just in case you were in doubt, my watch is indeed rather expensive.” And when it comes to flashy tourbillons, the Swiss do it the best. 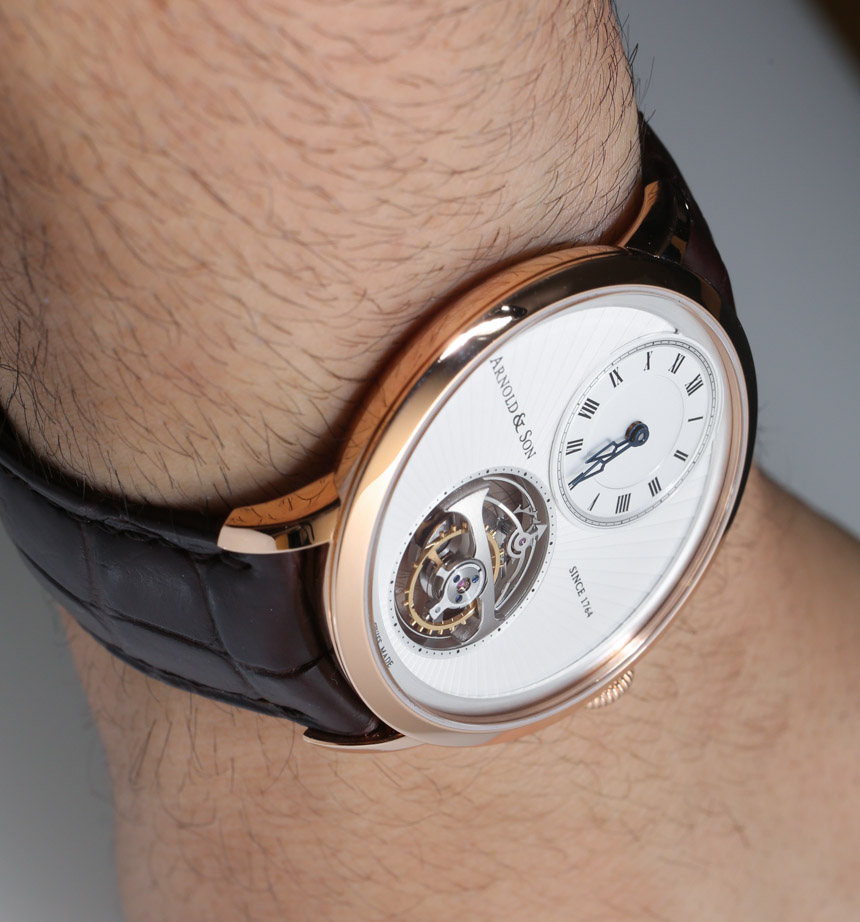 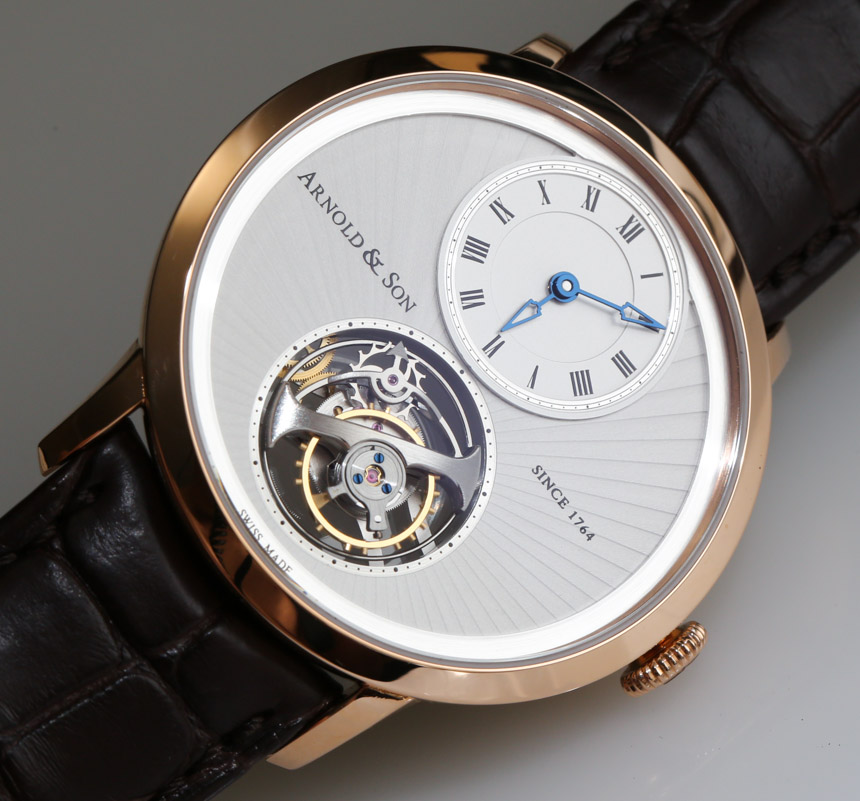 Whether you want to show off wealth or just enjoy an extremely beautiful tourbillon-based dress watch, the Arnold & Son UTTE is a pretty slick choice. It is easy to be beguiled by its good looks and elegant demeanor. The watch is also rather exclusive. Arnold & Son has produced two versions, each being a limited edition of just 50 pieces. This version clearly comes in an 18k red gold case, while a palladium (similar to platinum) version is also available. Price for the Arnold & Son UTTE in 18k red gold is $61,150, and $71,500 in palladium. Taking the overall Swiss watch market into consideration, the price is reasonable.

Necessary Data
>Brand: Arnold & Son
>Model: UTTE
>Price: $61,150 (as tested)
>Size: 42mm
>Would reviewer personally wear it: Yes
>Friend we’d recommend it to first: Guy who is too chic to admit he wants a tourbillon, but still wants one.
>Best characteristic of watch: A fantastic record-setting watch with a classically elegant design that is both useful and wearable. All you need is the cash.
>Worst characteristic of watch: Overall a great watch but if I had anything to nitpick it would be for slightly better finishing on the tourbillon assembly parts.