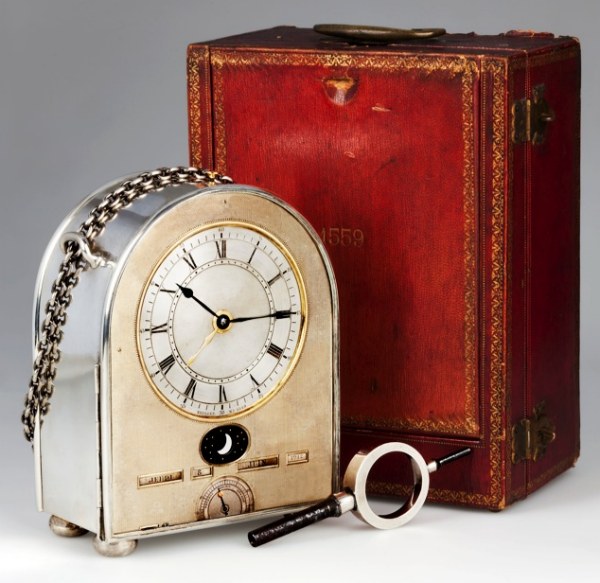 The following timepiece auction analysis post is by Chris Meisenzahl. He is a long-time watch enthusiast and daily Speedmaster Pro wearer. He blogs at http://amateureconblog.blogspot.com/ and can be followed on Twitter at http://twitter.com/speedmaster.

On May 15th, 2011, Geneva’s Mandarin Oriental will host the next watch auction from Antiquorum, titled “Important Modern and Vintage Timepieces.” I expect to see strong bidding (and winning) from Asia during this event. We may see a new high for an exquisite and rare Breguet clock, and get a feel for how MilSubs are holding up. The auction will include over 500 watches and clocks, both vintage and modern. The collection will be available for inspection prior to the auction in Hangzhou, Shanghai, Beijing, Hong Kong and Geneva.

Two things jump out at me regarding the inspection locations. First, I would love to see the insurance policy (and associated premium(s)) necessary for safe passage of such a collection. Second, I see that four of the five locations are in Asia, China in particular. Clearly, Antiquorum expects strong bidding from Asian collectors, probably in terms of both the number of bidders as well as high-bidders. The Asian market, China in particular, have been especially important to the Swiss watchmakers over the last five years. The region has been growing in wealth and has been something of a savior to manufactures as Western economies have been struggling since 2008. 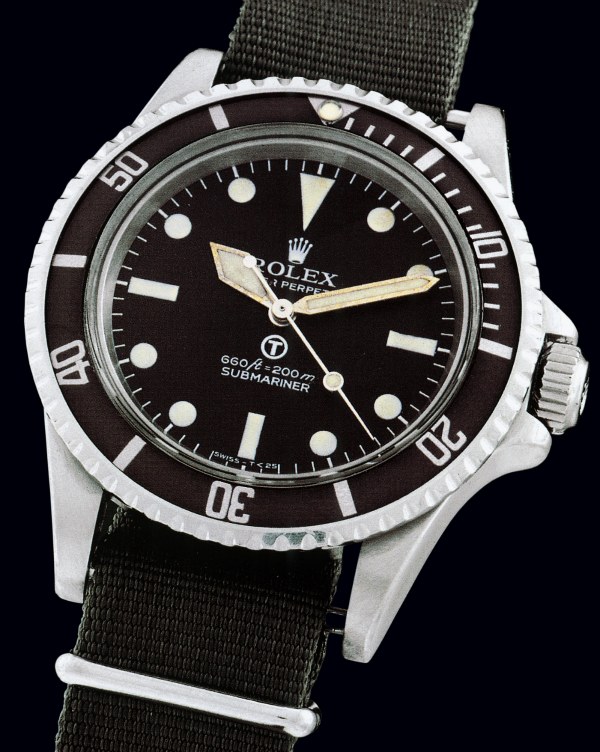 It was only a month ago that Mr. Thierry Stern of Patek Philippe warned his Swiss peers not to get too dependent on China and the Asian market for sales (http://bloom.bg/hKadqs). Stern remains convinced that leaving too many eggs in the Asian basket could come back to haunt manufacturers if demand there tapers off sharply. Worth noting, more than one-half of all Swiss watch exports were sold in Asia ion 2011 (http://nyti.ms/gD1sOQ)!

Of course the above discussion and articles refer to new watches, the story looks to be similar with regard to fine watches at auction. It’s a little surprising to me that not a single location in North America or Europe was chosen outside of Geneva, the auction’s location. On to the watches …

The belle of the ball is a Breguet silver carriage clock with 10 complications (grande sonnerie striking; petite sonnerie striking; alarm; perpetual calendar; days of the week; date; months; years, moon phases and equation of time), sold to the Marquise de Béthisy on May 6th, 1878. Only eleven Breguet clocks of this type are known to exist, and this is the most complicated example (lot #356), the only one with a quadruple digital perpetual calendar. Antiquorum estimates the final price for this piece to be CHF 150’000 – 200’000. I can easily see this clock hitting or beating that range. Fine complicated clocks appear to be exceedingly rare compared to wristwatches. And this clock’s feature list reads like a who’s who of high-end complications. The only downside? The luck high-bidder won’t be able to impress his friends by wearing it to dinner, peaking out from under a French cuff.

Let’s take a look at another notable piece (Rolex, lot #159). This is something that more people can relate to. Antiquorum is offering a Rolex Submariner created in 1972 for the British Military (Ref. 5517/5513). Watch collectors everywhere, at every level, can relate to the allure of the classic Rolex Submariner, particularly the “MilSub” variety. The estimate from Antiquorum for this Rolex is CHF 70’000 – 120’000, certainly high for what is essentially a no-date Rolex Submariner. But of course the pedigree of being a legitimate MilSub is worth a great deal. A similar watch (made in 1977 for the British Special Boat Service) was sold by Antiquorum in 2006 for CHF 61’360 (http://bit.ly/fG7HJ2). Given that this was during the run-up prior to the world’s current economic woes, this 2011 estimate seems high to me. 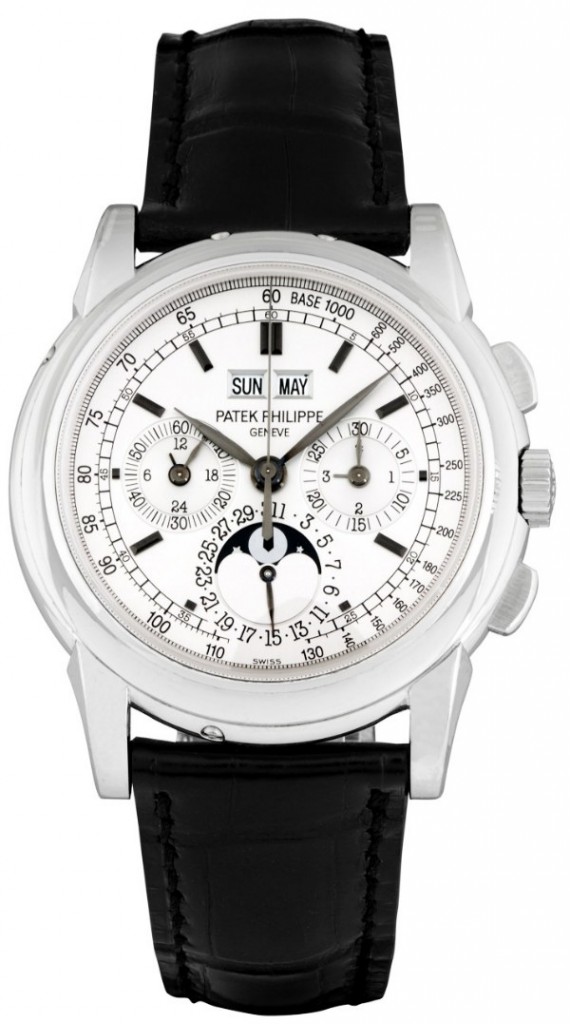 It seems as though no watch auction is complete without some flavor of a complicated Patek Phillipe to lust after. That Patek in this auction is the Reference 5970G (lot #512). This model is not old, it was created in 2006, but it certainly is exquisite. [Current enfant terrible Charlie Sheen, fretted over losing his Patek 5970 last fall]  It is cased in 18k white gold and offers a manually-wound chronograph, perpetual calendar, moon phase, and 24 hour indication. No surprises here, just a modern example of one of the most classic pieces. This stunner is estimated in the range of CHF 100’000 – 150’000. Being a modern watch there is little mystery involved. A quick look at eBay shows several 5970s, all nestled in the range of the official estimate here. Though I know I would pay a small premium for the comfort of buying such an item from a respected auction house rather than eBay.

So here we have three more items with which to gauge the state of the watch auction world, watch values, and the economy in general. And with brands like Breguet, Rolex, and Patek there is definitely something for every interest. The Breguet is a rare item and clocks may not appeal to everyone. Though I suspect the results for the Rolex and Patek will give us a feel for where we are headed with auction prices.

Images all by Antiquorum. See the full May 15th auction catalog here.