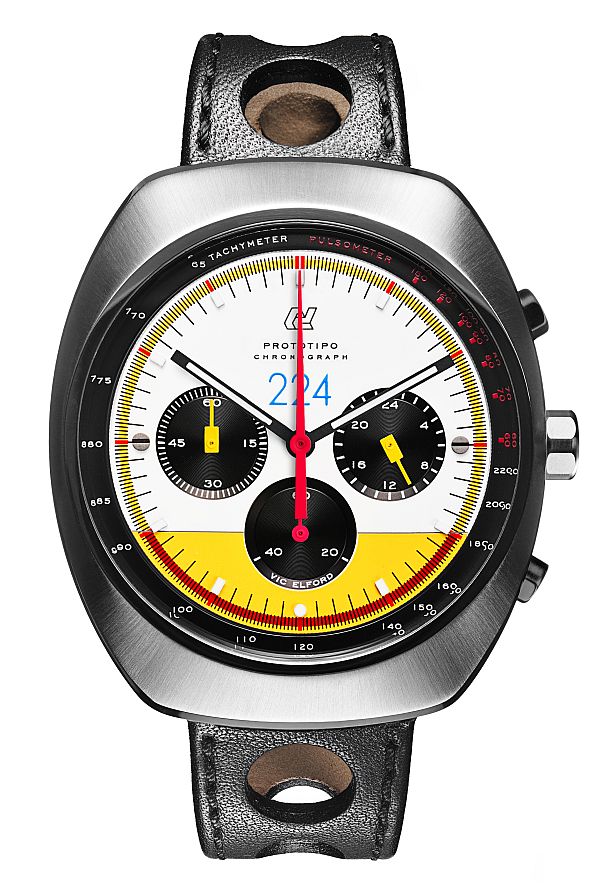 The tie between wristwatches and automobiles has been well established on these pages. Often times, when a brand releases a “car” watch, it can be a somewhat tenuous tie, or it’s just for a single model. With the folks over at Autodromo, however, cars are simply a way of life, and it informs each and every watch they create.

Their latest models, the Prototipo and Prototipo Vic Elford, pay homage to auto racing of the 60’s and 70’s. This was a time when watches were truly a tool used in the cockpit of the car, allowing the driver to time laps with ease. This is done in much different ways these days of course, but that heritage lives on in this new line.

For this lineup, Autodromo focused in on the Prototype Era of endurance racing (prototipo is Italian for prototype). To start with, this informed the case shape. The 42mm stainless steel case has smoothed out curves (and integrated lugs), which is intended to call to mind the curved bodies of the cars that were on the racetrack in the 1960’s and 70’s.

Next, they built in a chronograph movement to allow for timing of laps, calculation of speed (via the tachymetre scale), and added in another surprise – a pulsometer scale, allowing you to calculate your heartrate. The chronograph is driven by a Seiko “mechaquartz” movement, (VK63 in the Elford, VK64 in the others). The quartz system drives the main movement (and provides the utmost accuracy), while the mechanical components come into play with the chronograph actions, allowing for the instant flyback we more commonly associate with mechanical chronographs. As an aside, I’ve had watches with this movement in them, and they are fun to play with. 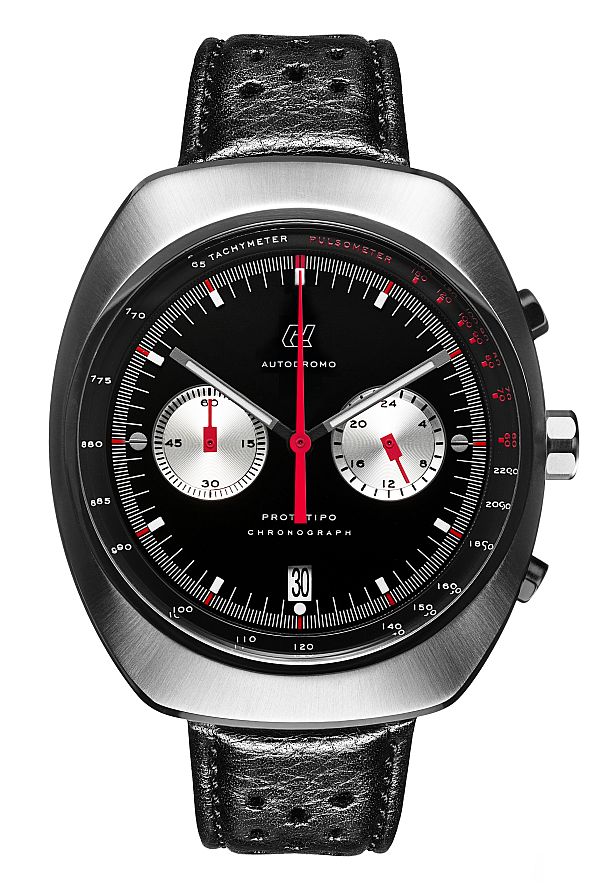 This movement can allow timing down to 1/5 of a second. On the upper end of the scale, the right-side register can track up to 24 hours, meaning this could conceivably be used in an endurance race (the left register records the chrono minutes). Rounding out the readouts on the dial, you have the date display showing up at 6 o’clock (for the non-Elford models).

Now, about the Vic Elford model. Why this man? Well, he is a legend in auto racing, both for a combination of his sheer speed, as well as how well he drove on some of the world’s most challenging tracks, including the infamous Nurburgring. For this model, Autodromo collaborated with Elford to create a watch commemorating his 1968 victory on the Targa Florio track in Sicily. At one point in this race, he was behind more than 18 minutes – and ended up winning the race by almost four minutes. 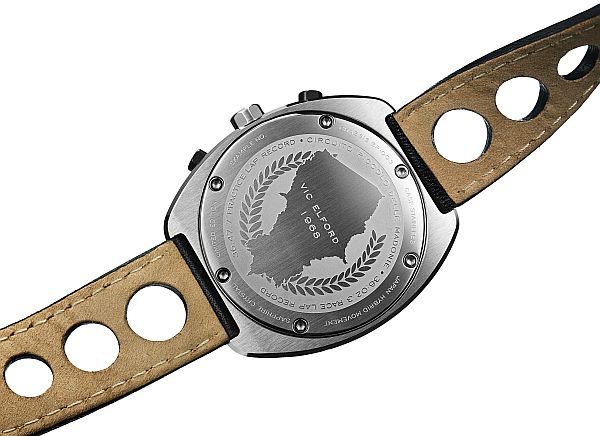 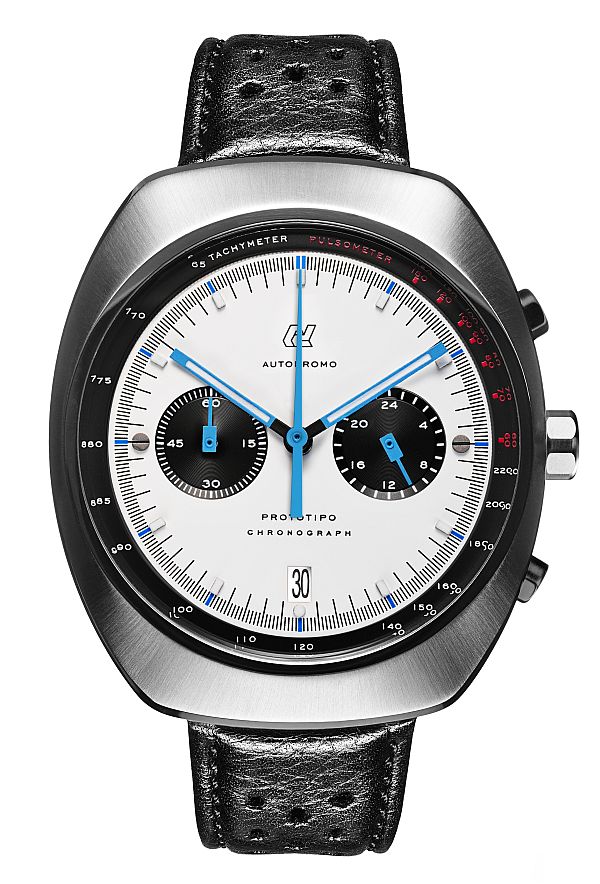 For this special model, the dial has the colors of Elford’s Porsche 907, and it’s limited to 224 pieces (the number plate which his car wore). The caseback of the piece features an image of the racetrack, as well as his practice and race lap times. You’ll notice the dial layout is a bit different as well, with a third sub-register being added, and the date display removed.

The black and white models (panda dials, basically) will retail for $625, while the Vic Elford edition will carry a price tag of $775. Both are available directly from Autodromo and come on perforated leather straps. The models definitely carry an interesting retro style to them, and would be a perfect fit for any racing fan, but especially those who are fond of this cutting-edge era in racing. autodromo.com