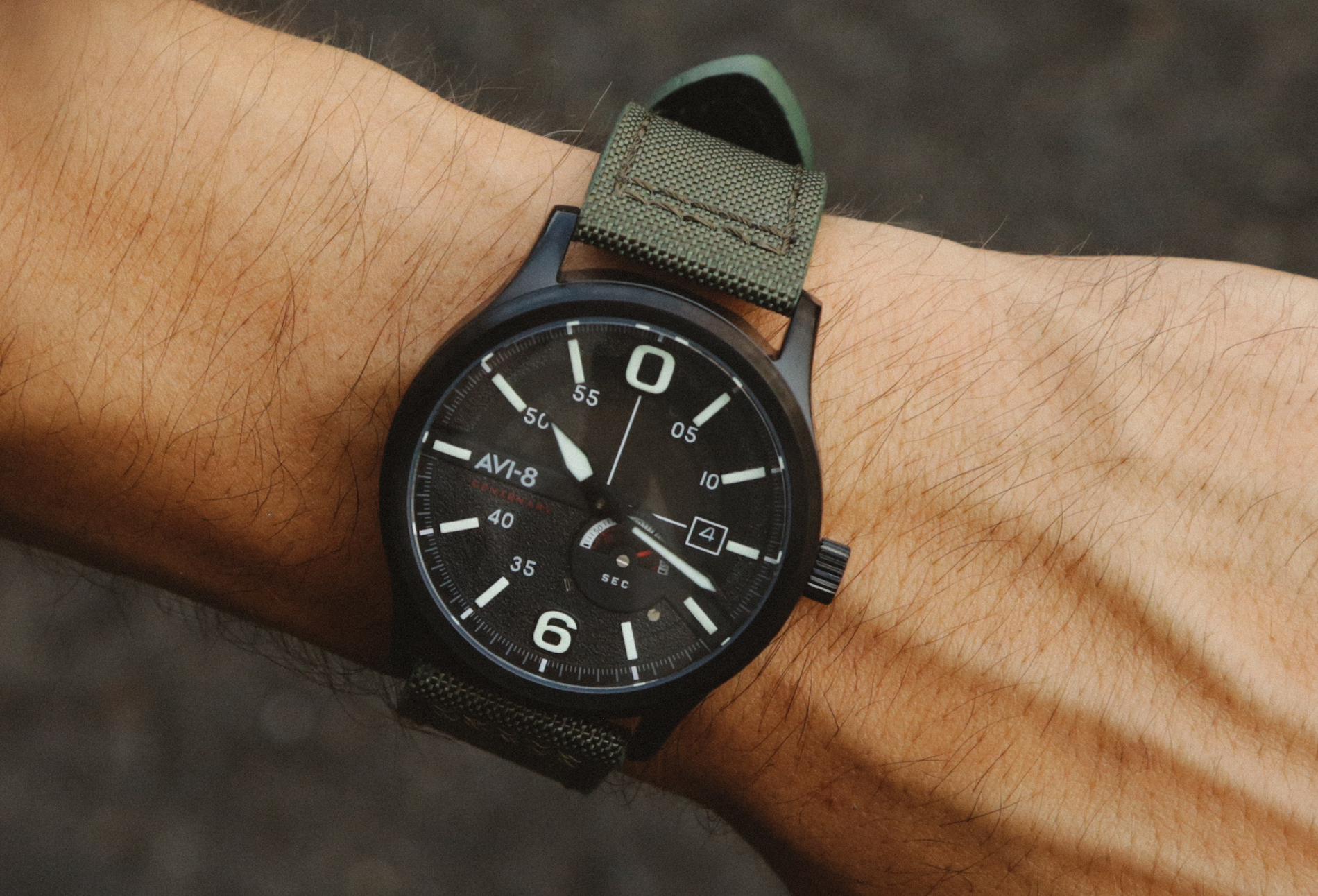 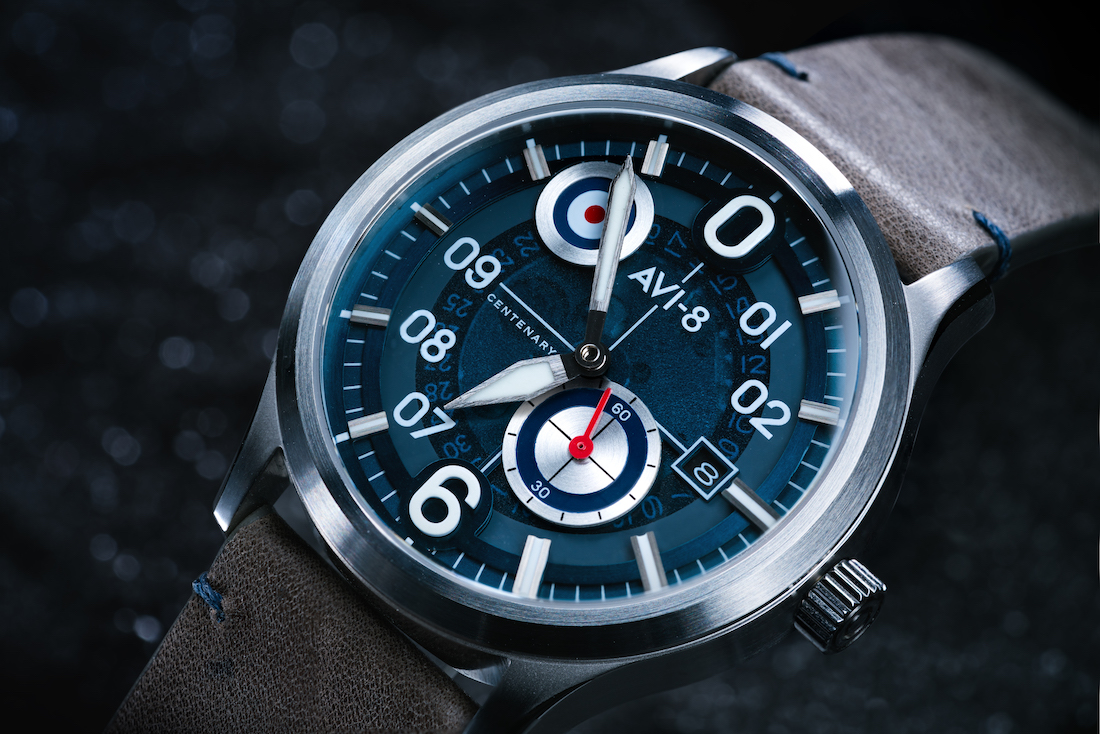 Recently we introduced and sold out our first line of AVI-8 Flyboy Centenary Pilot Watches celebrating the 100th anniversary of the United Kingdom’s Royal Air Force. Now, we are proud to announce two watches honoring the RAF in the 1960s and 1980s. The developments in aviation technology and engineering inspired the designs of these two new Flyboy Centenary pilot watches, both of which are limited editions just as their 1920s and 1940s predecessors were. 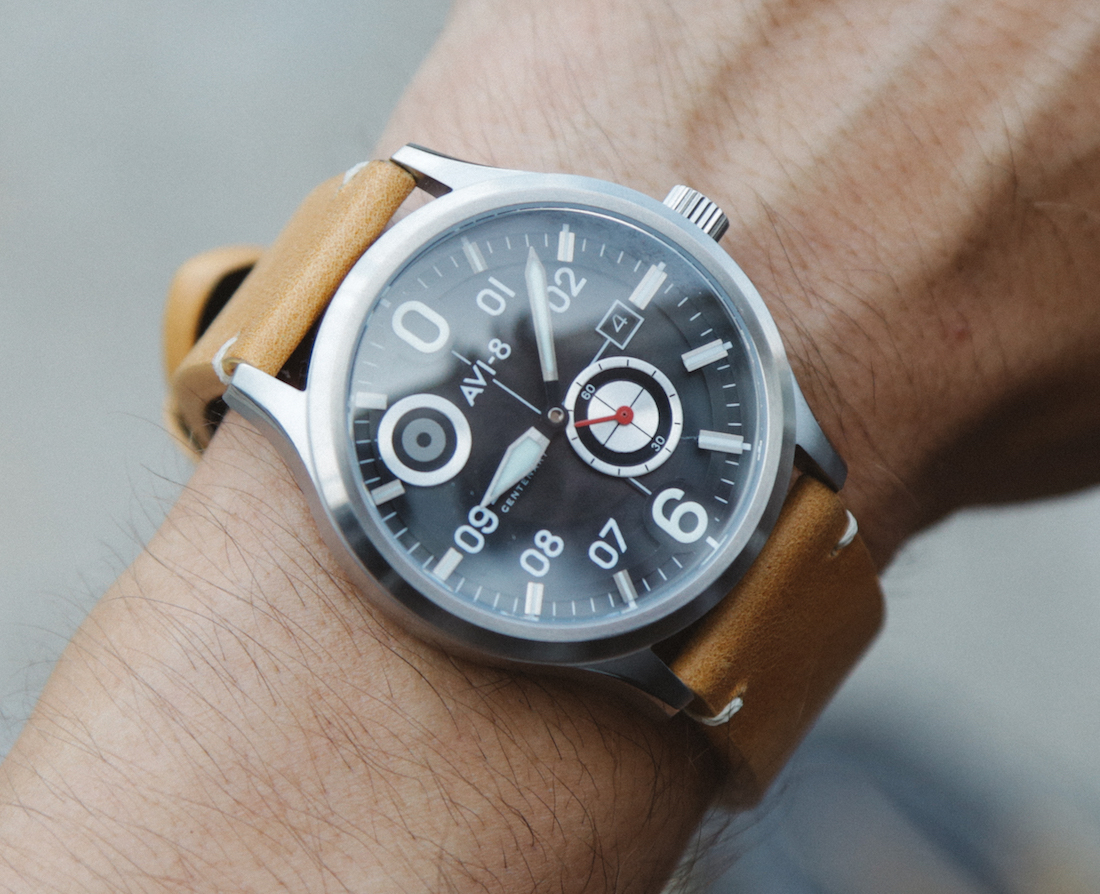 The AVI-8 Flyboy Centenary 1960s edition comes in a 316L stainless steel case that is 43mm wide and 15mm thick. The design is inspired by the era of the RAF that was defined by legendary aircraft like the Lighting, the V-Class, and the Hawker Hunter. The dial is all about legibility and style, neither of which compromise each other. 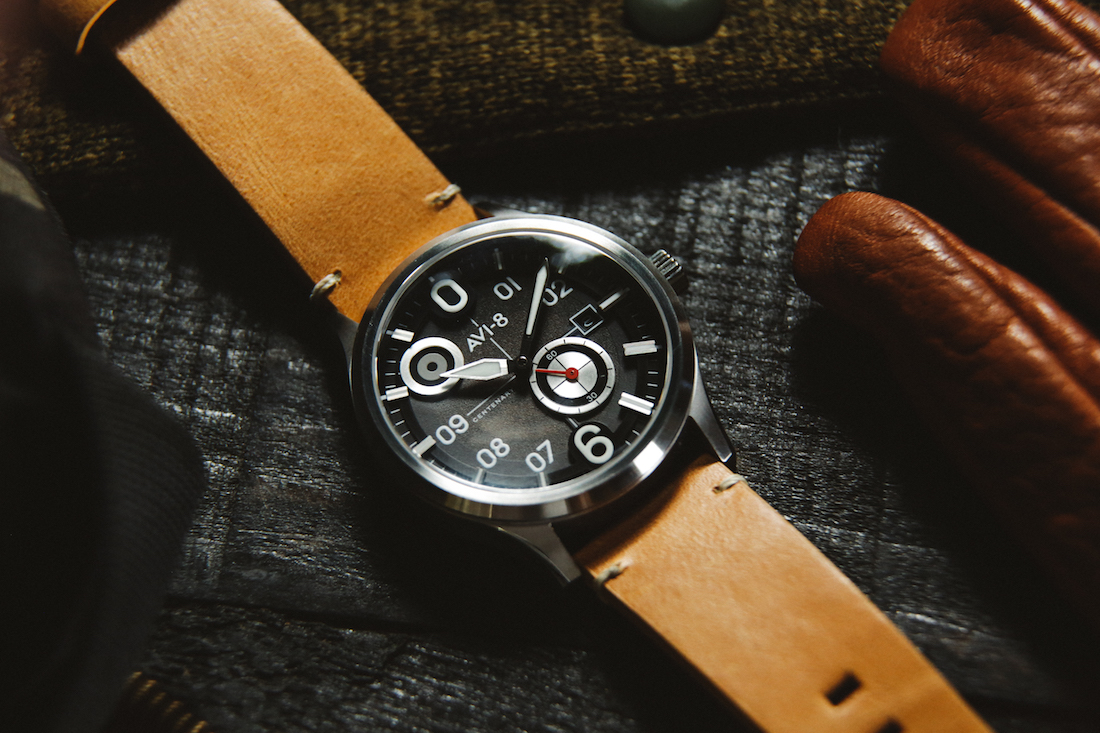 The dial is done with a translucent material that allows a view into the movement to create visual depth without being gimmicky or distracting. The sword-shaped hour and minutes hands are large and finished with a simple brushing and done in Super-LumiNova. Again, we made sure to not interrupt legibility since we doubt our RAF friends would be forgiving of a watch that is anything less than easy to read. 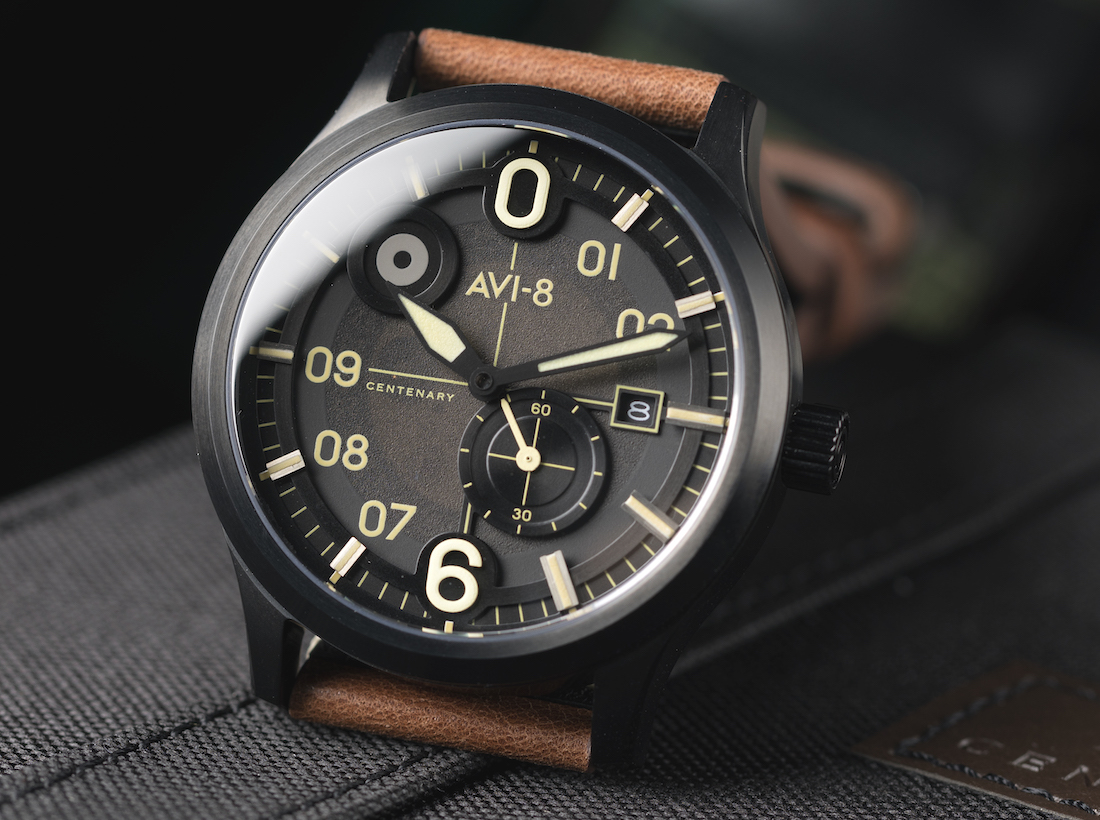 The Flyboy Centenary 1960s edition has a Miyota 8218 movement that is visible through the exhibition caseback. A reliable Japanese movement, the Miyota 8218 allows for a date aperture at 3 o’clock and the roundel styled seconds sub-dial at 5 o’clock that matches the one at 10 o’clock. 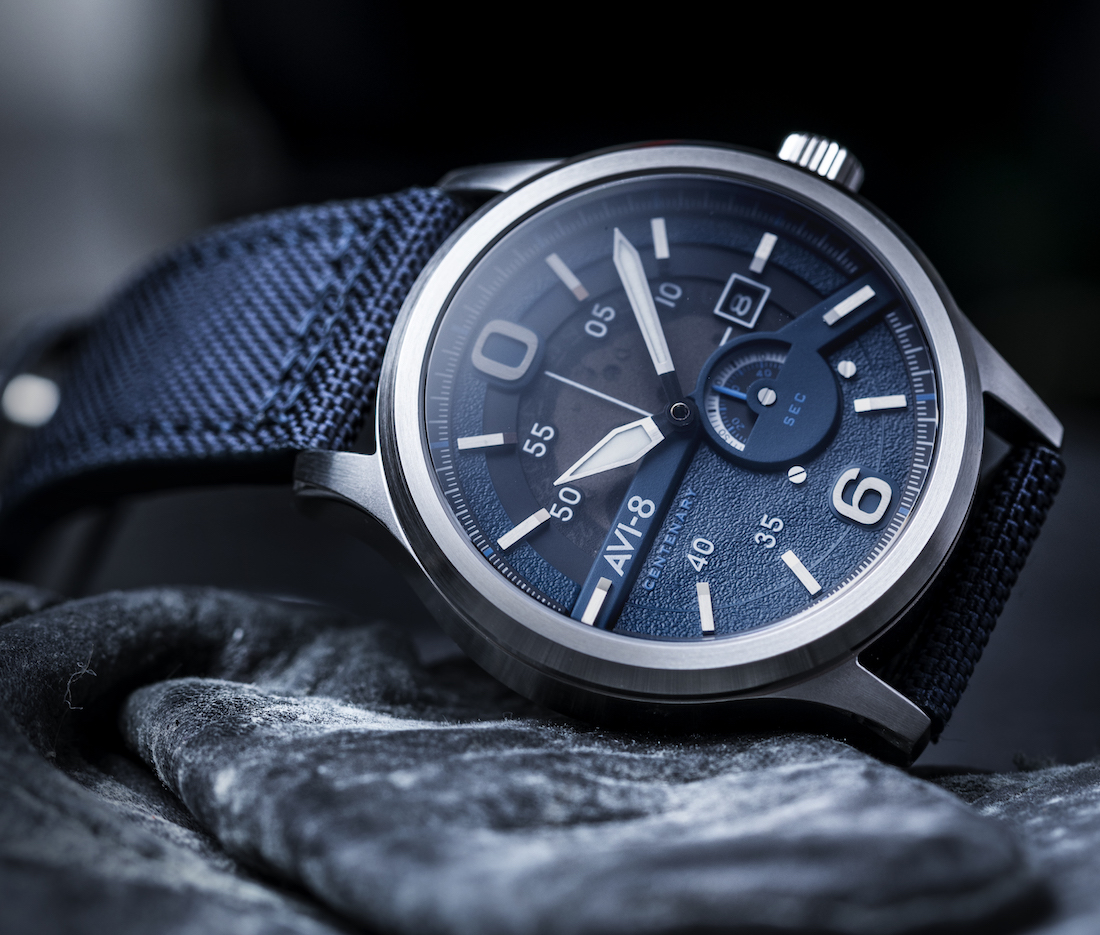 The Flyboy Centenary 1980s edition is a clear homage to the age of computerization in the world of aviation. A clear throwback to digitized cockpits while maintaining the unique appeal of a mechanical watch, the 1980s edition goes for retro over vintage.

The Flyboy Centenary 1980s edition is done in 316L stainless steel as well, with a case that is 43mm wide and 18mm thick. The dial is all about visual variety that is still part of a cohesive whole that, again, respects the need for legibility in well or poorly lit conditions. Again, the sword shaped hour and minutes hands are coated in Super-LumiNova. 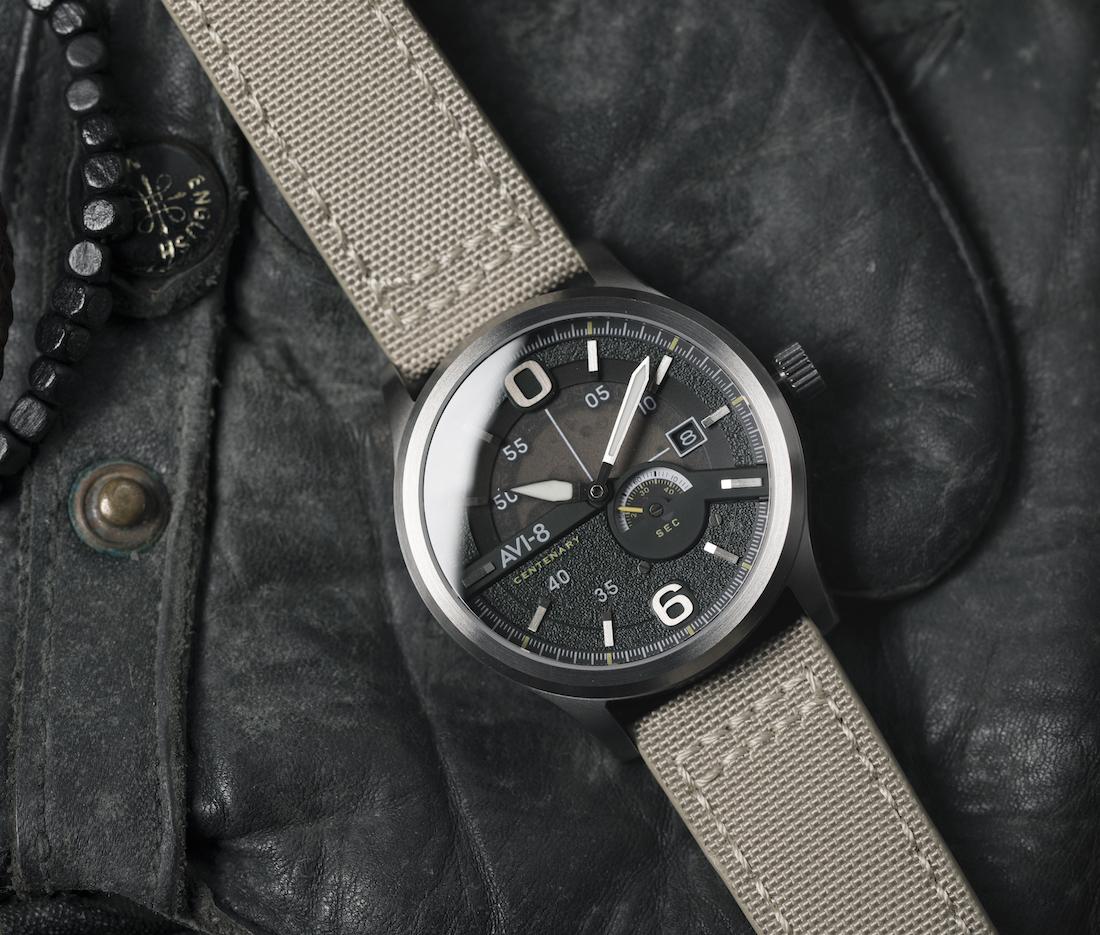 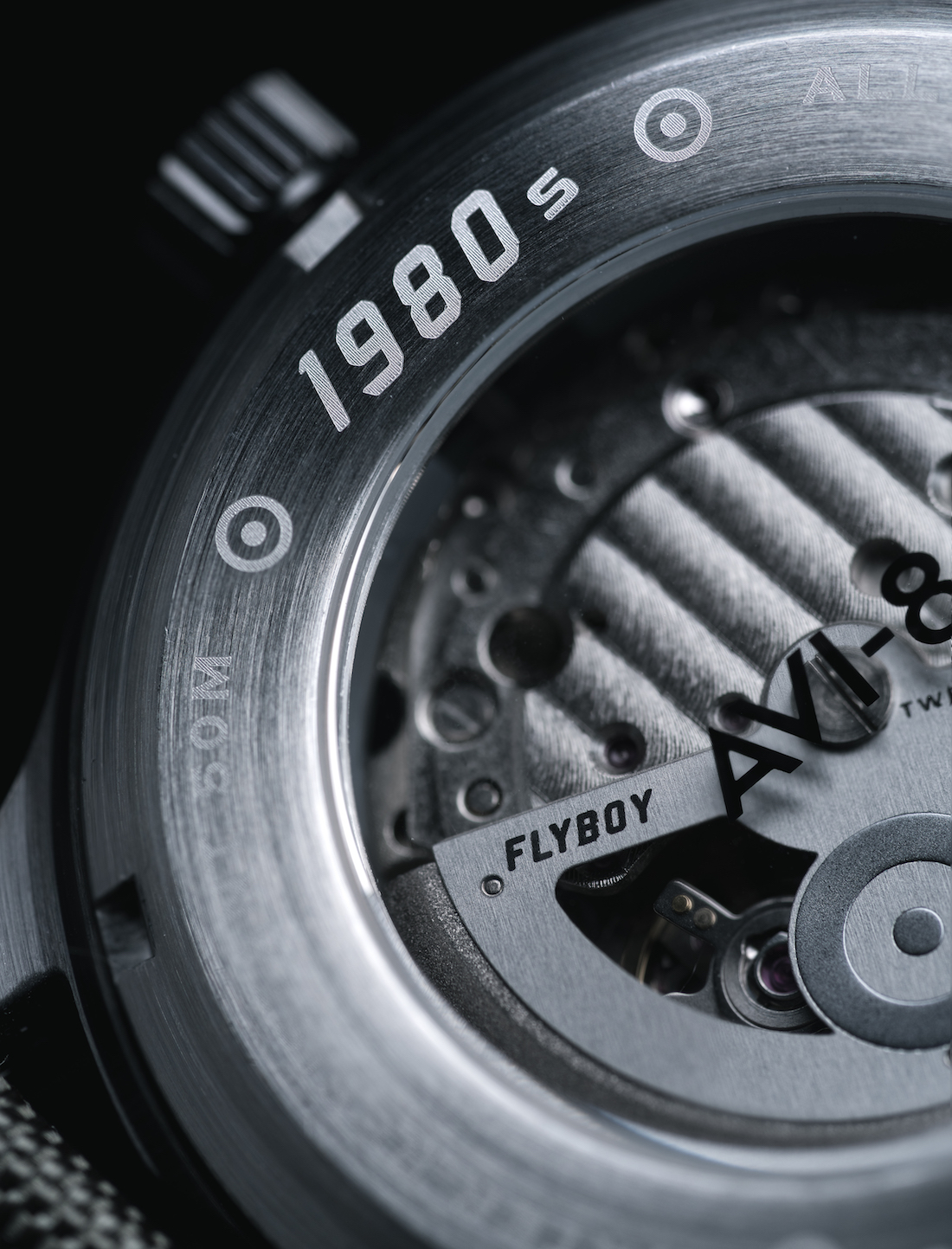 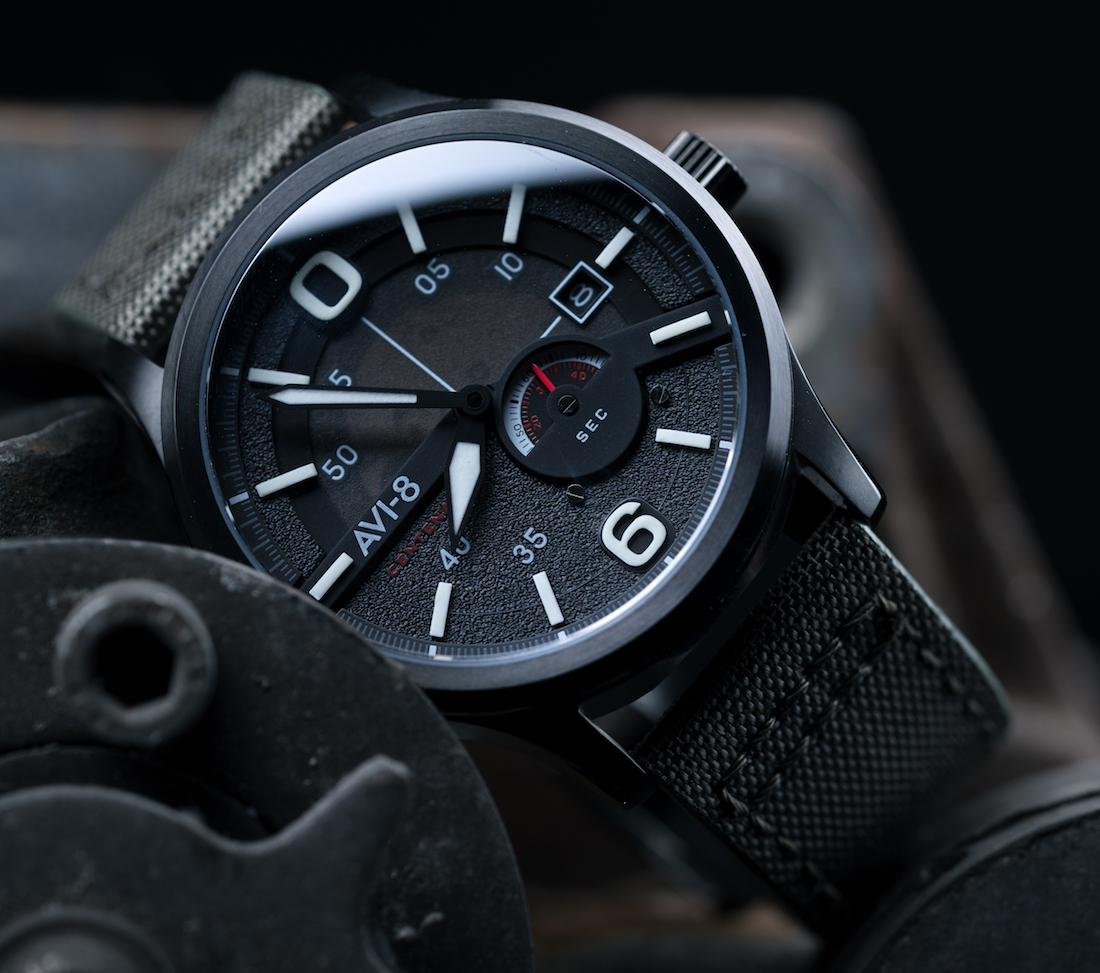 aBlogtoWatch readers can purchase the Centenary Watches for 20% off by using the code ABTW at checkout at AVI-8.co.uk