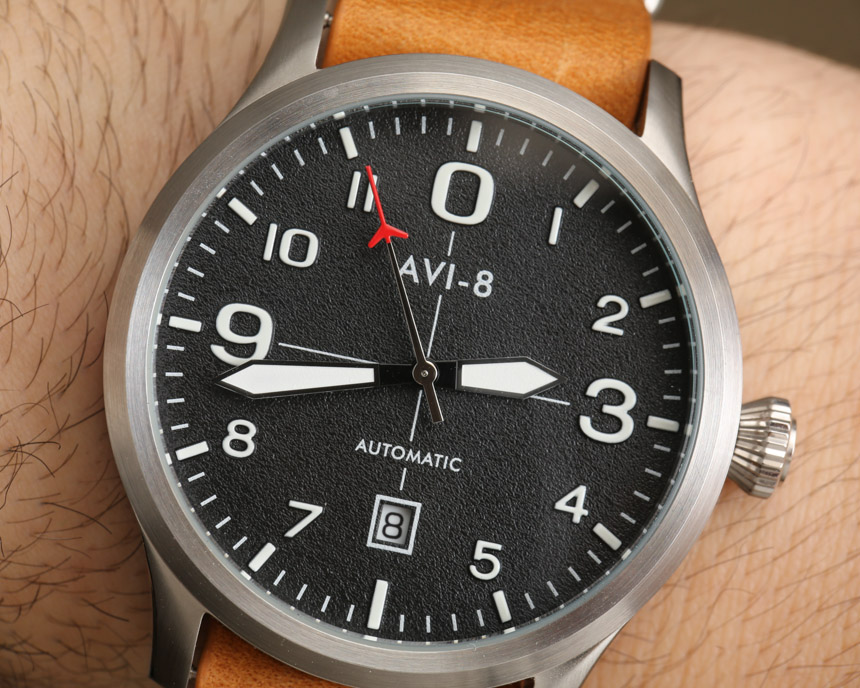 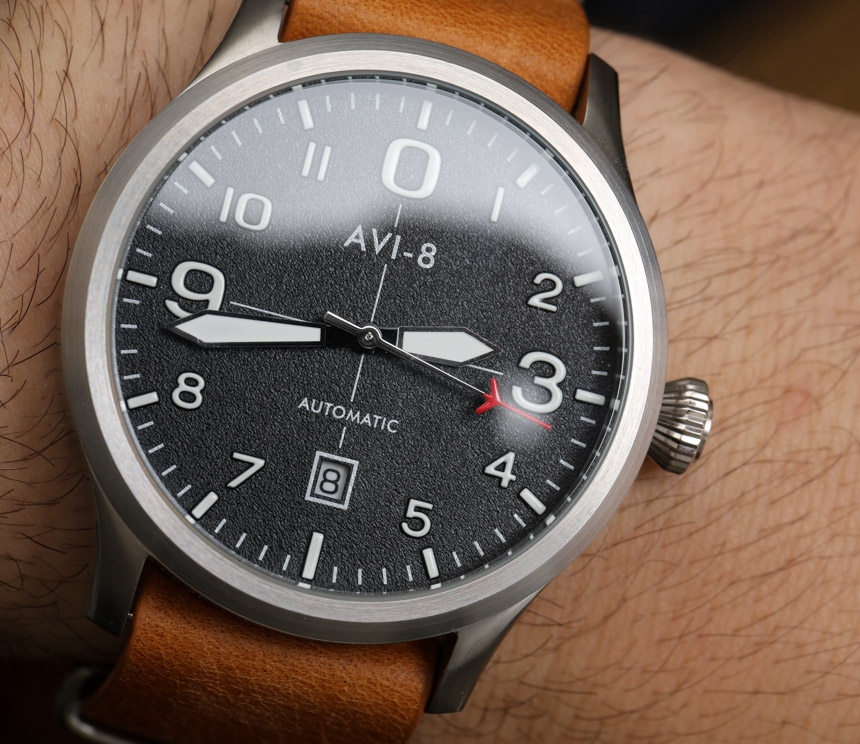 It isn’t all the time I get excited about more affordably-priced mechanical watches such as the Flyboy by AVI-8. Why is that? Am I simply too much of a snob to be interested in those items that most people can afford even though I am one amongst them? No, it isn’t that, and regular aBlogtoWatch fans know how excited I get each time we review a new Casio G-Shock. It really isn’t about price but rather where the bar is set. Lower-priced watches often have to cut corners where more expensive watches can afford to use the best materials, components, and manufacturing processes. Being so accustomed to these high-brow watches, I simply find it difficult to get excited about anything that is produced to be more affordable. Mostly, but not always.

I became attached to the AVI-8 Flyboy the first time I saw it (in Hong Kong actually), and immediately felt that it was a worthy watch to wear. I don’t wear it all the time of course (I’m too busy wearing lots of other watches to review), but nothing in me said “you don’t want to be seen in this.” I know I risk sounding rather involved with my own sense of horological privilege, but that sort of comes with the territory of being exposed to so many fine timepieces… all the time. Anyhow, let’s get back to the AVI-8 Flyboy, a pilot style watch from a rather new brand with a Japanese mechanical automatic movement inside of it. 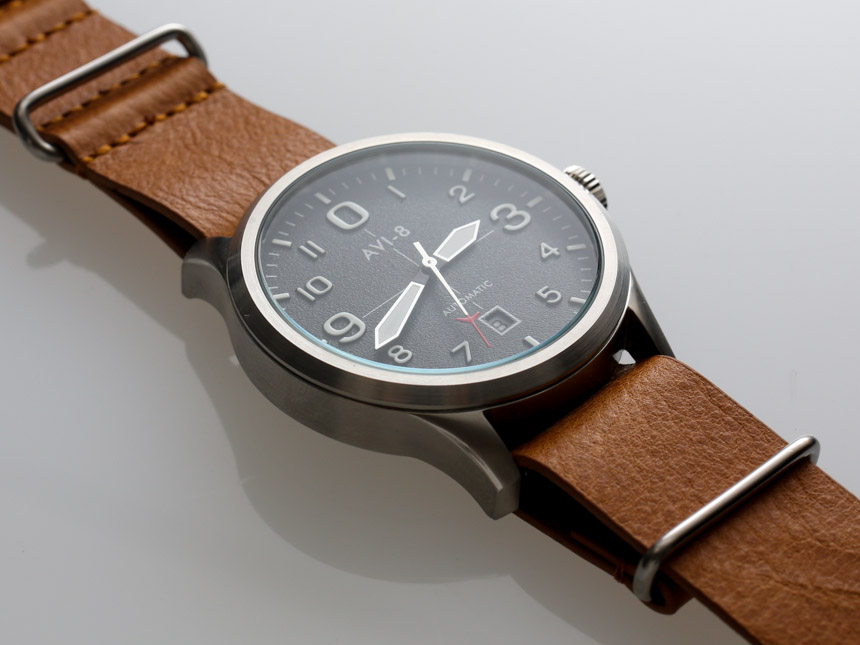 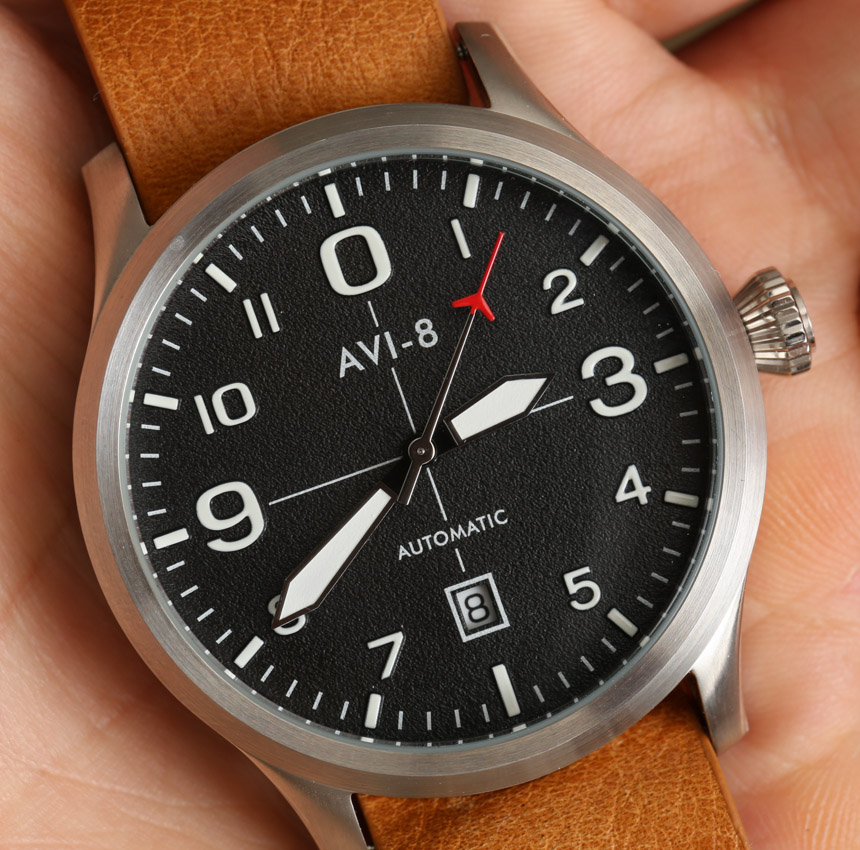 The Flyboy is actually a larger collection of watches from AVI-8 that is new for 2013. The mechanical ones are in the AV-4021 collection and this specific piece is the AV-4021-01. While it is an aviator watch at heart, it combines other elements as well. The crosshair style motif on the dial is taken from 1960s sport watches, often racing ones. What the Flyboy is particularly good at is mixing and matching some common elements that people like into a satisfying package.

A good example is the seconds hand. Tipped with a red “plane-style” arrow, the shape is borrowed from the central chronograph minute hand often seen on watches with the famed (and no longer made) Lemania 5100 movement. For many people, an element like that is something they vaguely recall having seen before, but aren’t quite sure where. The same thing goes for the 12 o’clock hour indicator. AVI-8 opted to go for the more trendy “0” versus “12.” To be honest I am not sure who did this for the first time, but it’s another successful watch design element that found its way into this piece. The magic of course is that AVI-8 was able to blend everything together well without going overboard on the design. 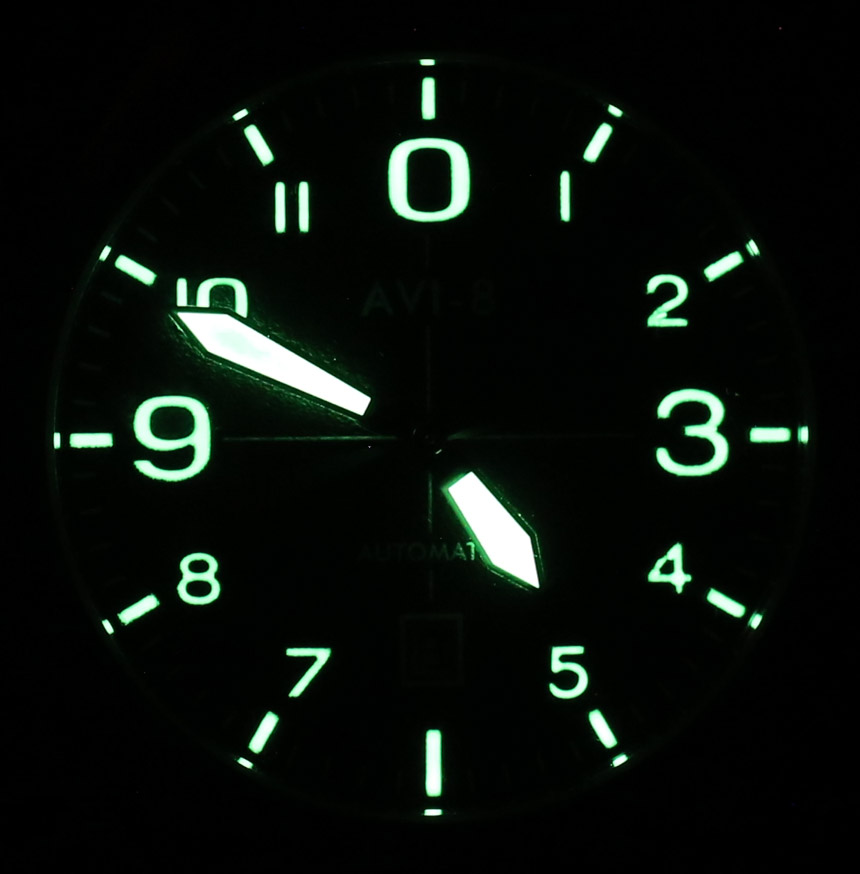