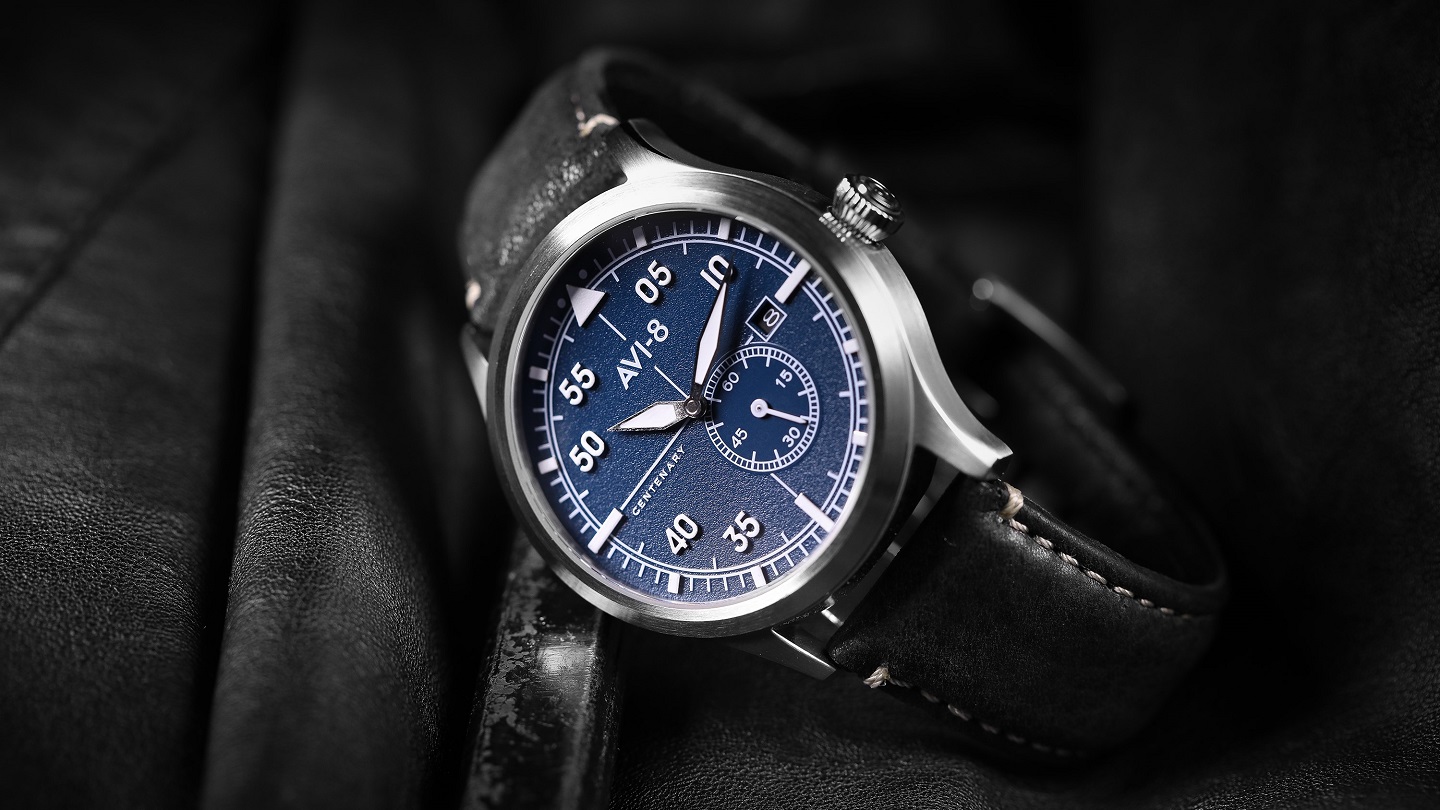 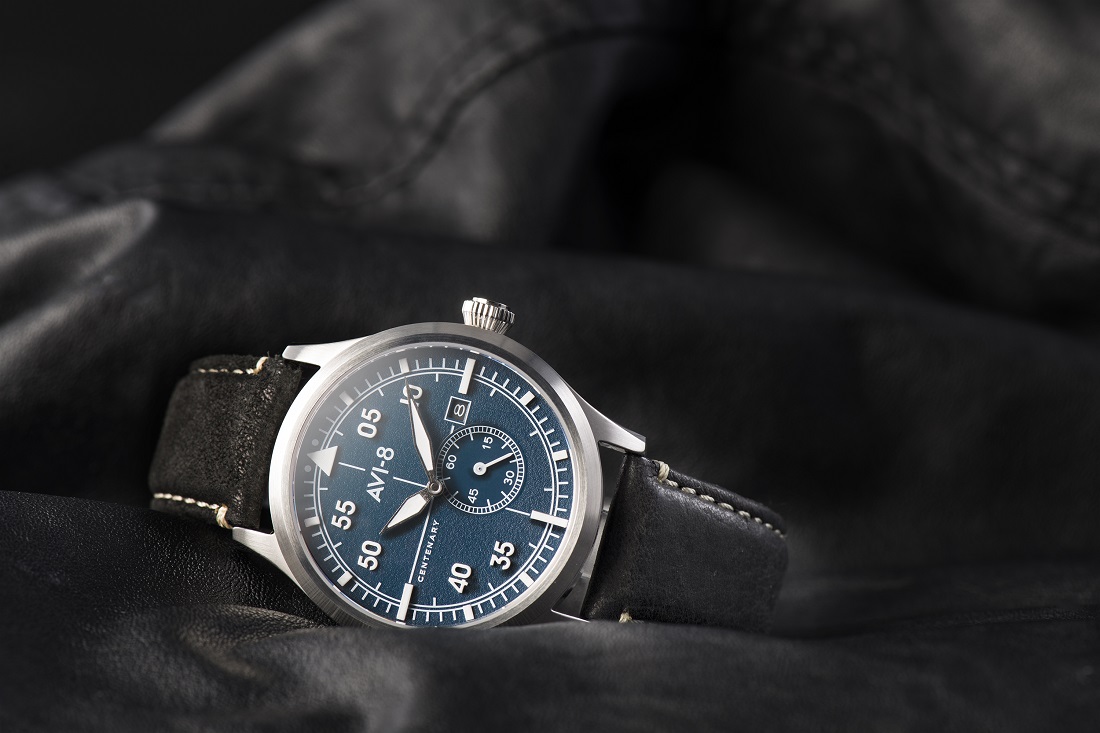 If you’re the type that follows aviation history, you’d know that 2018 marks the centennial anniversary of the United Kingdom’s Royal Air Force. To celebrate the lineage and history behind the men, women, and machines associated with the RAF, AVI-8 is releasing a series of pilot-style models called the AVI-8 Flyboy Centenary watches. The collection takes us through the golden years of the RAF and each new model corresponds to a significant decade (1920s, 1940s, 1960s, and 1980s). So far in 2018 two models are available – the AVI-8 Flyboy Centenary AV-4058 and AV-4059 – each with their own variety of case and dial options for well under £300. 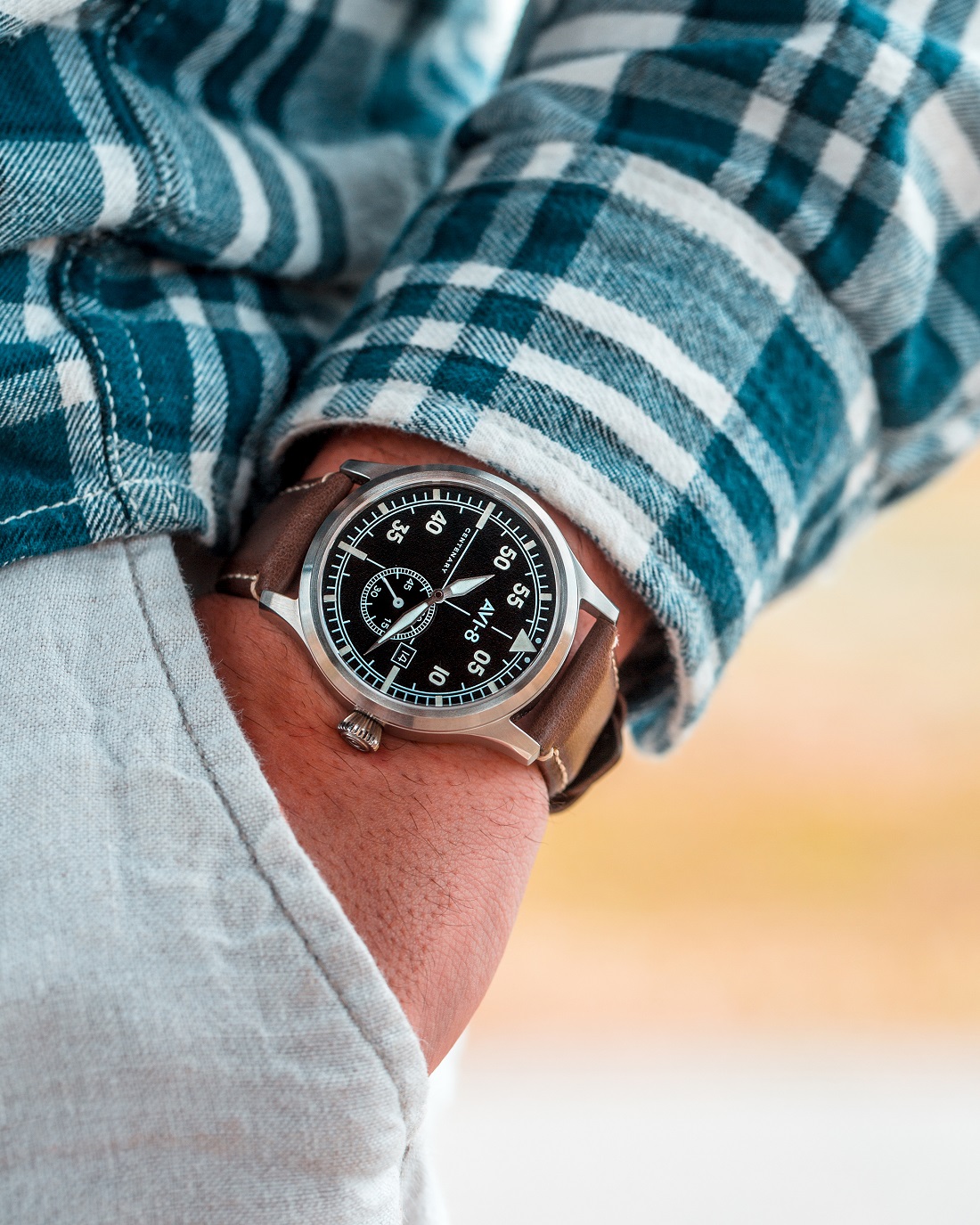 The AVI-8 Flyboy Centenary AV-4058 watch is the model most closely associated with aviation in the 1920s. It’s characterized by a large dial featuring Neo-Gothic numerals, cathedral-style hands, an oversized pumpkin crown, and thick applications of Super-LumiNova throughout. While watches usually associated with the early days of aviation were quite large, the AV-4058 has a stainless steel case measuring a comfortable 42mm with thickness coming in at just 12mm. The dial is balanced and legible with a railroad-style minutes track, clean date aperture at 3 o’clock, and a scratch-resistant sapphire crystal. Inside is a reliable Miyota 8218 movement featuring a customized “Centenary” edition rotor. Water resistance is 50m and the watch comes with a 22mm hand-stitched buffalo hide leather strap. 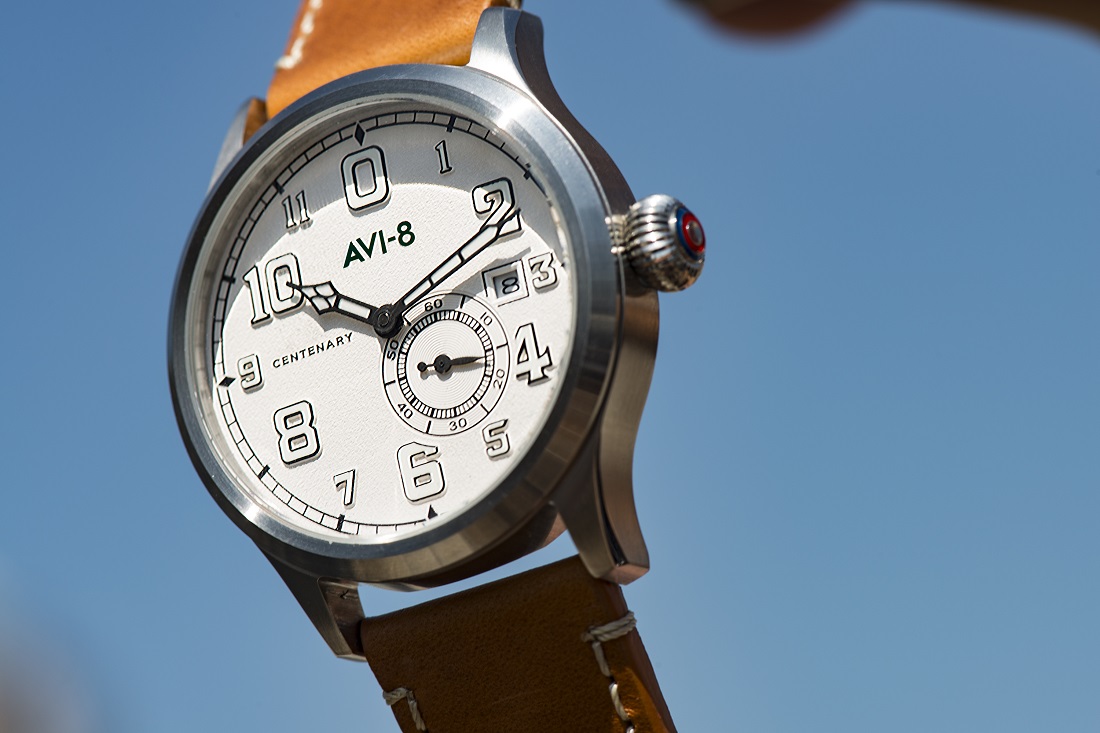 A slightly more contemporary and familiar look can be found in the ’40s-inspired AVI-8 Flyboy Centenary AV-4059. Featuring less decorative elements, the watch demonstrates a shift to strictly utilitarian design, which is common in pilot watches produced throughout WWII. Also at 42mm, the AV-4059 is fitted with a slightly more textured dial with a crosshair pattern, 5 o’clock seconds sub-dial, and numerals that highlight minutes instead of the hours. Large sword hands treated with Super-LumiNova contrast well against the dark dial tones (a cream-colored option is available) and an onion-style crown tops off the archetypal pilot’s watch look. Like the AV-4058, water resistance is 50m and the watch is powered by the Miyota 8218 with a customized AVI-8 rotor. 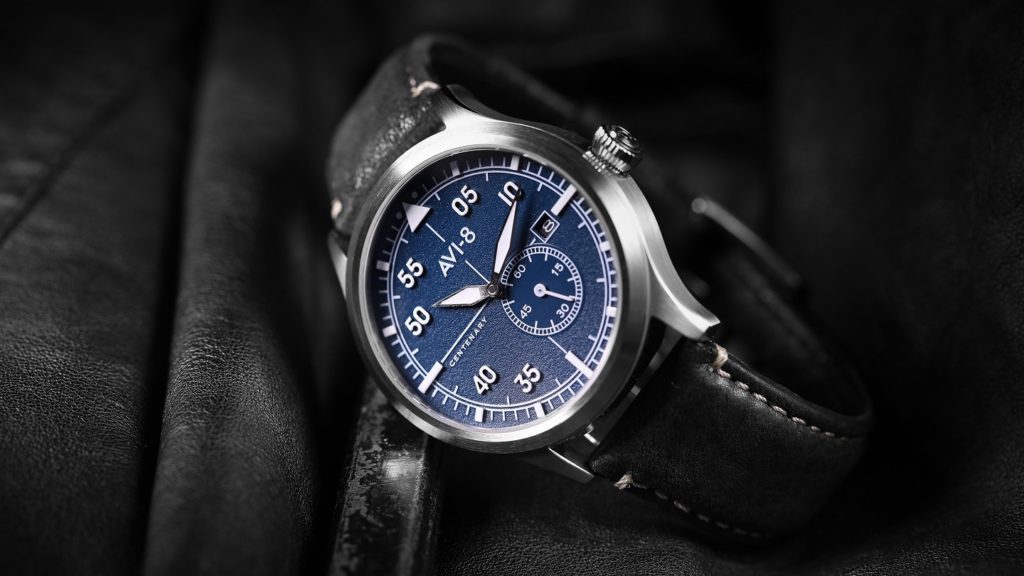 With a straightforward design that isn’t exaggerated, this first run of AVI-8 Flyboy Centenary models serve as an accessible choice for fans seeking an affordable aviation-inspired watch. Additionally, each model can be configured with three different dial options and there is also a black DLC-coated option for the the AVI-8 Flyboy Centenary AV-4058 (reference AV-4058-03). The size will also prove to be very wearable, as many times, pilot-style watches can often be impractical due to extremely large case sizes. 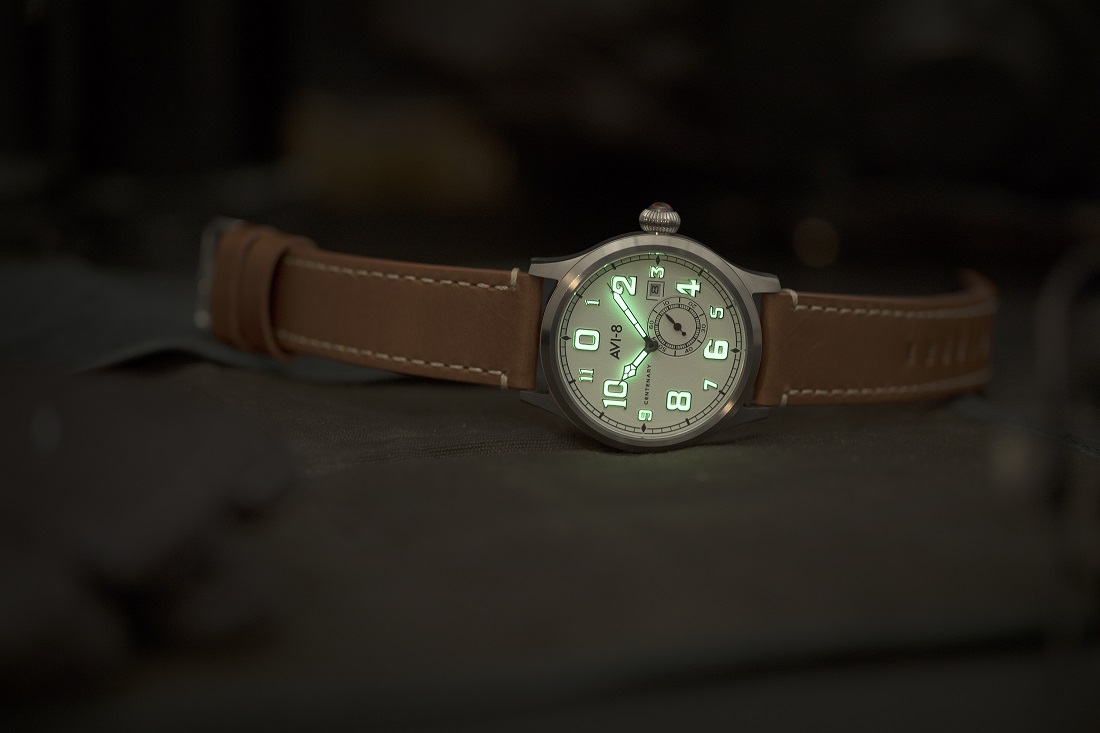 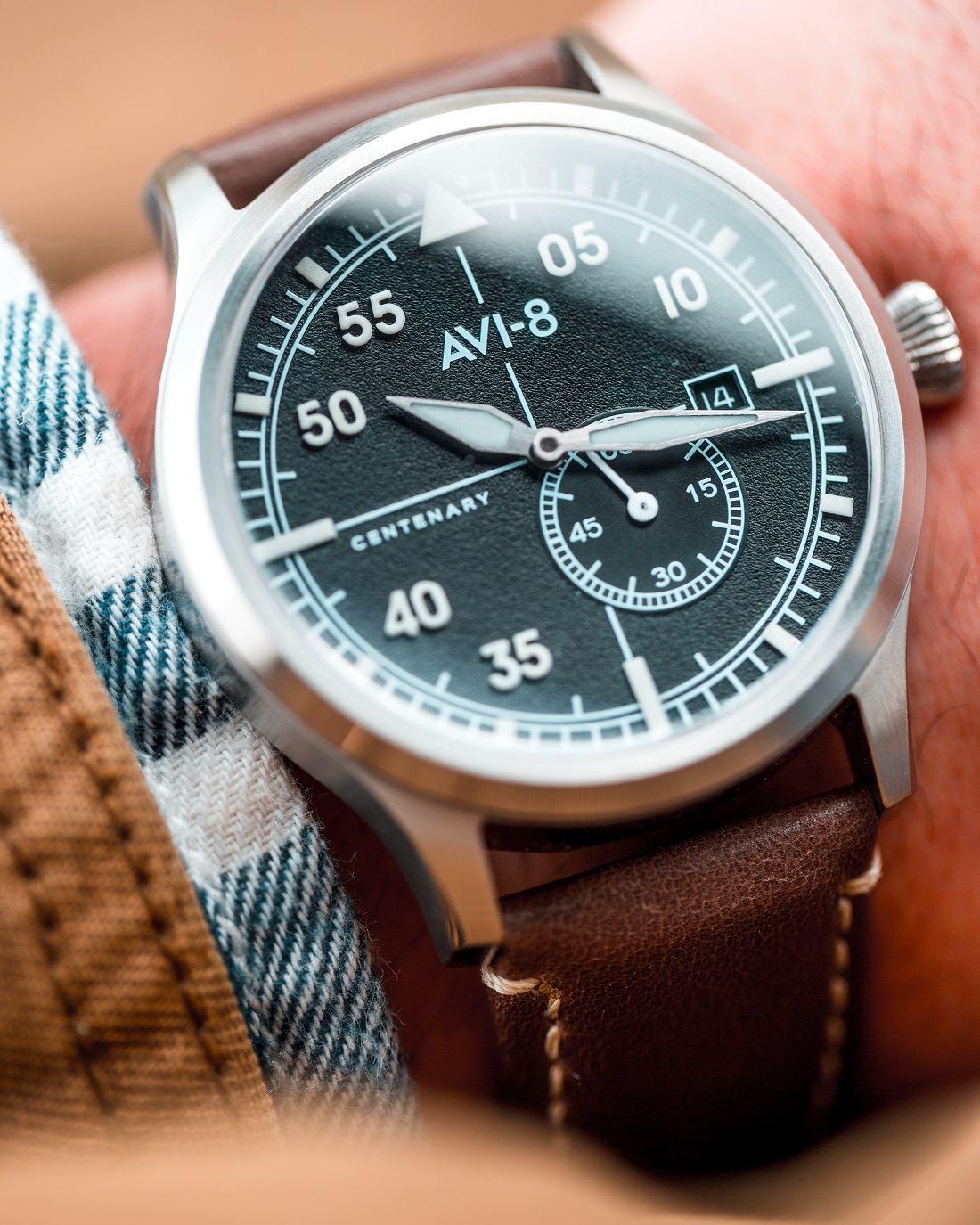 Currently, both the AVI-8 Flyboy Centenary AV-4058 and AV-4059 models are available for pre-order. Full RRP of the watches is £249 but the pre-order price is £199 (available from 7th – 21st March). Pre-Order ends on March 21st and from the 22nd onward, the Centenary watches will be available at full RRP only. You can learn more and sign up for updates on the rest of the collection by visiting AVI-8’s official site. avi-8.co.uk