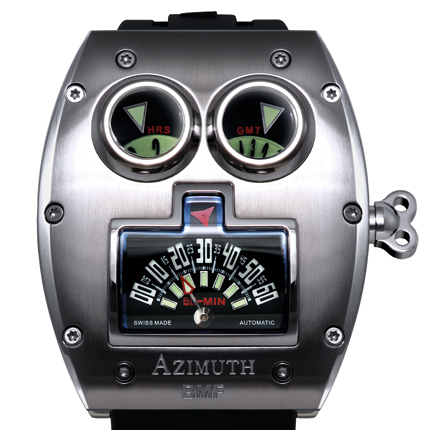 I have to admit that I always wanted one of these Mr. Roboto watches from Azimuth. As part of their Mecha collection this large tonneau shaped watch had some interesting complications and was 100% thematically in honor of vintage wind-up robot toys. Prototype designs of the watch has a normal crown, but when it was finally released in 2008 the watch has a “winding key” style crown.

The dial of the steel watch looks like a robot face, but it is all functional! The two “eyes” each have discs in them covered in lume as well as lume covered arrow indicators. The left eye is for the time’s hours, and the right eye is a GMT time indicator. The power “mouth and nose” window has a small spinning red triangle star as the seconds indicator and a retrograde minute dial for the mouth. The case is 43mm wide and 50mm tall. The aging child in me loves this thing. Why is that when I was a kid most toys were plastic? Maybe that is why I play with watches… good ‘ol metal. 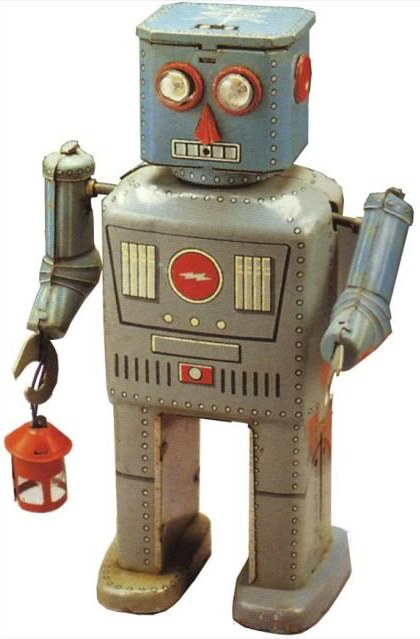 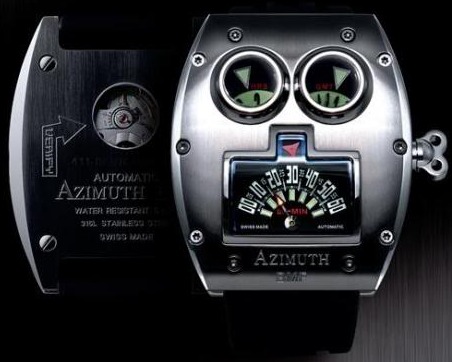 On the back of the watch case is a window to the escapement that says “Verify.” The idea meaning that is the escapement is moving the watch is “alive.” Reading the watch isn’t quite as easy as enjoying the design. It is really fun, and I like the idea of a “face” as the watch face. Azimuth doesn’t make their own movements, but has been know to highly modify movements. The movement in this watch is a base ETA 2836 – but it has been changed a lot. 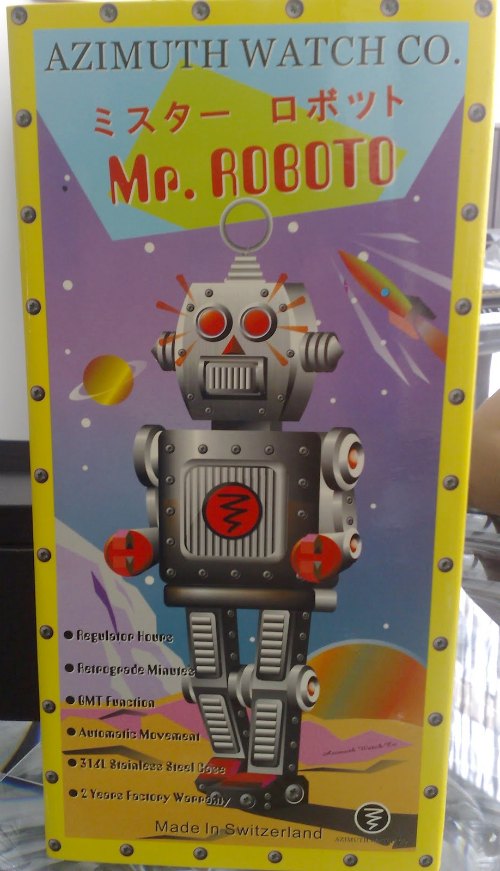 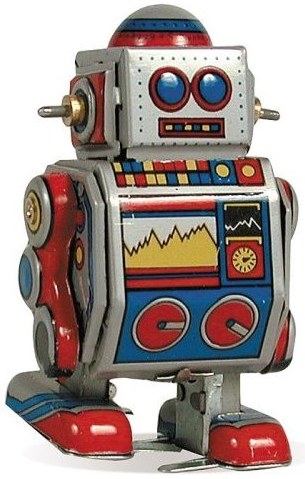 I have seen these watches and they are pretty cool. Mostly made for collectors as opposed to items to be worn everyday- but you could if wanted to. You can also spot similarities in this watch from brand such as Richard Mille and Ball. Mr. Roboto was part of Azimuth’s BMF collection of watches and originally retailed for about $4,500 – $5,000. You can find one (with the cool box) available on James List for about $2,990 here.