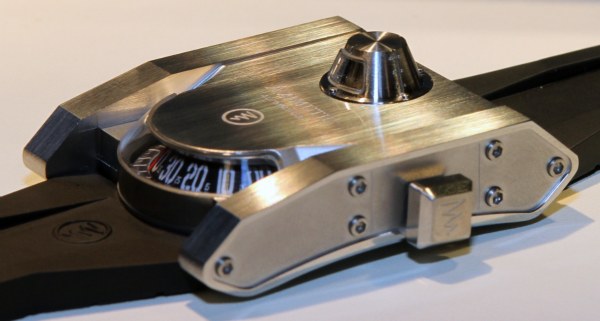 When you call a watch a “tank” it can mean a few things. It can first mean a sort of square cased watch done in the style of Cartier Tank timepieces. That is not this watch. It can also mean a larger watch that is durable and can take a lot of abuse. That may be this watch. Finally, it can mean a watch that is a tank. That is this watch. Azimuth finally released their SP-1 Landship watch that has been in the making for a while now.

Modeled after early 20th century landships, the SP-1 Landship watch is meant to look like an early tank. Before the tank became what it is today, landship was one common term to describe these mobile fortresses. They were used in World War I and are fascinating to learn about. Before man, more or less, got down their size and function, history is full of such war vehicles – some of which were incredibly huge. I am amazed at just how modern some of them look even though they are 100 years old.

Azimuth’s interpretation of the landship into a watch includes a separated hour and minute indication area. The top turret of the tank has a window that shows the hours and the larger front viewing area has the minutes. The hour is indicated by a small, cone-style disc that moves around with the hours on it. The minutes are indicated by a red hand that moves over the linear minute scale. 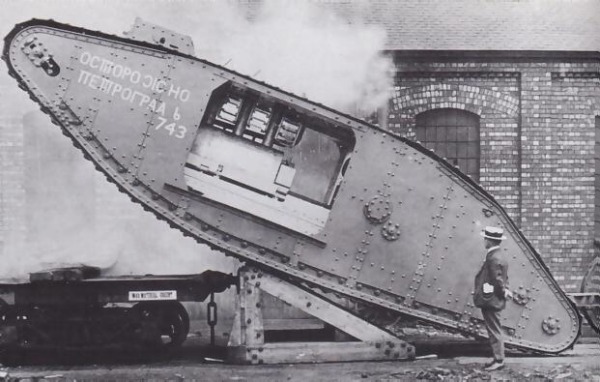 Azimuth’s inspiration for this piece, among other watches they have created such as the SP-1 Mechanique Twinbarrel Tourbillon, comes heavily from URWERK. If you look at the video, there is a rather brief but amusing moment where the SP-1 Landship runs over something. You then see a smashed up URWERK watch in its path. You’ll have to pause the video to see it properly. This little innocent hostility is something you really don’t often see in promo videos as brands are usually gracious or neglectful of the watches that serve as inspiration to their own pieces. Here Azimuth takes a more aggressive stance to assert itself. URWERK and Azimuth really aren’t competitors so it doesn’t have much of a real market effect but I was nonetheless surprised and amused to see that in the video. 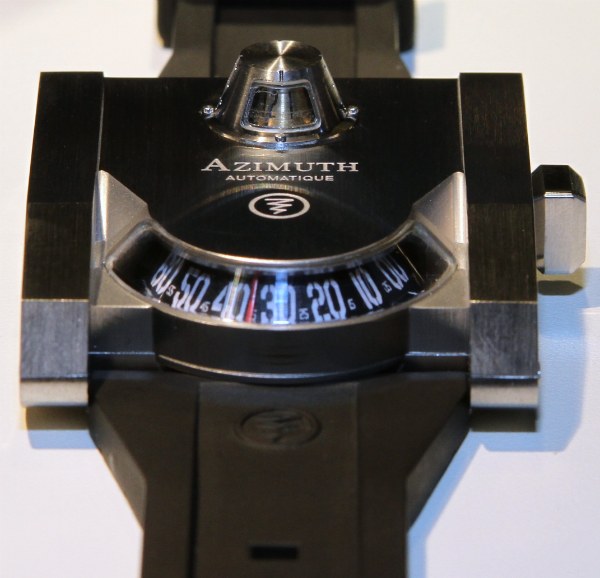 While Azimuth doesn’t make their own movements, they do a lot of their own modules. The SP-1 Landship’s movement is a based Swiss ETA automatic that has been modified for this purpose. I believe that for the purposes of the SP-1 Landship the movement is manually wound. The case itself is very complex in its construction and pretty cool looking. Done in titanium, it is 40mm wide by 55mm tall. On the side of the case is a crown meant to look like a side gun turret. Further, the case uses sapphire crystals and is water-resistant to 30 meters.

Attached to the SP-1 Landship is a rubber strap that suits the look of the piece well. This is indeed a watch for collectors who appreciate this type of whimsy in the world of watch-making. While not strictly a limited edition, Azimuth will produce the SP-1 Landship in limited quantities. 2011 will see the production of 100 pieces – available closer to the end of the year. Price will be 6,800 Swiss Francs.