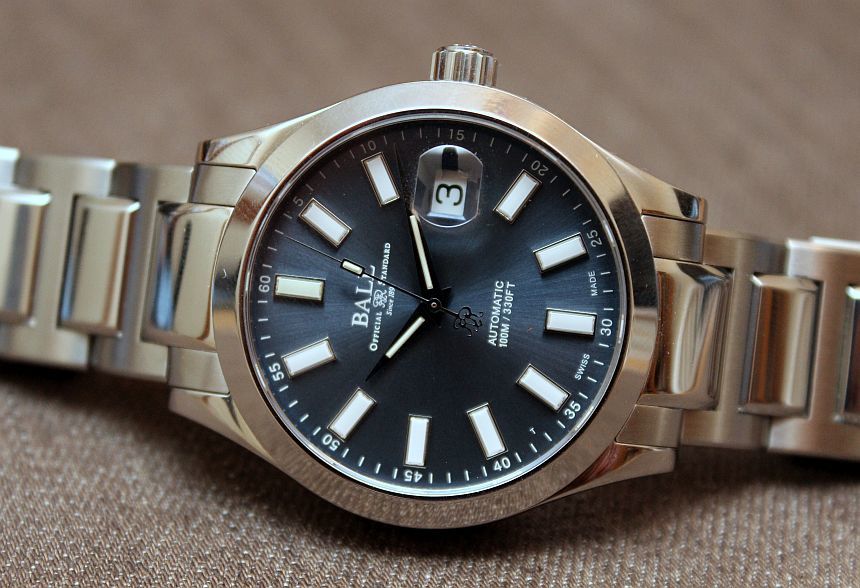 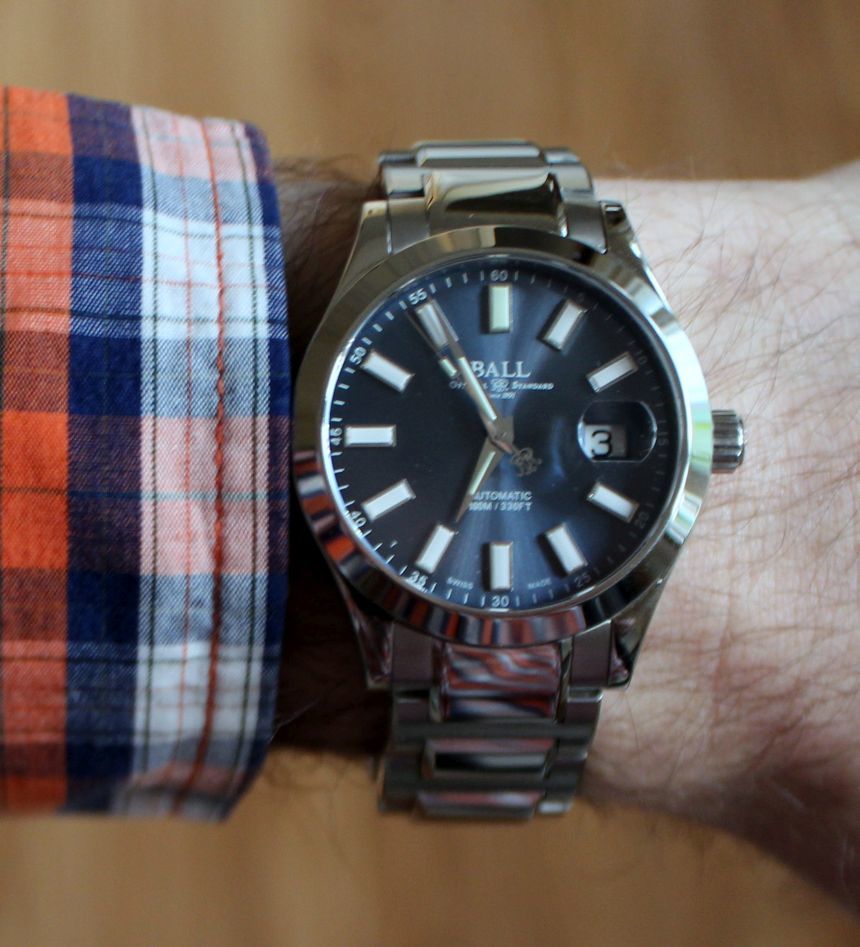 When it comes to the watches that Ball is creating, it is hard for me to not be attracted to the light shows that some of their designs pull together. It calls to mind the car my family got in the mid-80s (a Pontiac 6000 STE, for those curious) where my dad called the dashboard a rolling light show – which, for the time, it really was. Those can be fun, but sometimes you could do for dialing things down a little bit. In that case, I believe the Ball Engineer II Marvelight is an exercise in restraint.

For starters, we have what could almost be considered a small case for Ball, with it coming in at a mere 40mm wide and just a tad over 13mm thick. This is presented in what I consider to be a very classic look, complete with a polished bezel and lugs, and a lack of crown protectors. 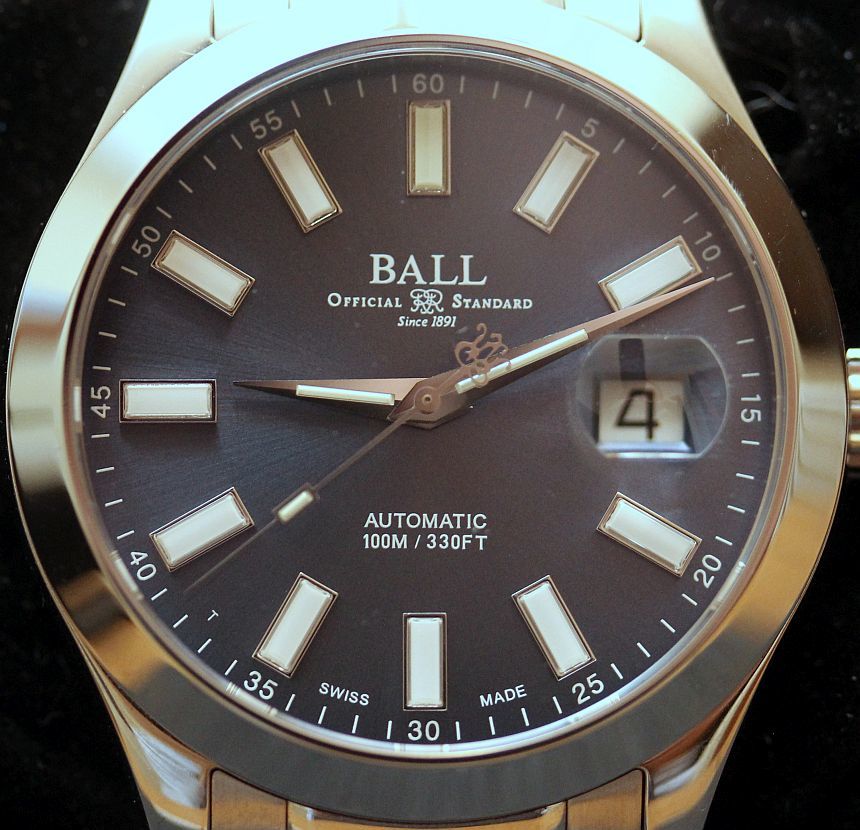 Right off the bat, the stage is set for a more restrained Ball, one that is a bit dressier – or perhaps, more conservative, depending on your point of view – than some of their other offerings. This is further reinforced by the bracelet, with its polished centers set into the brushed finish of the outer links. Where it really stands out, however, is the highly legible dial.

Here, we see that Ball used flat tritium tubes on the Ball Engineer II Marvelight, which accomplishes two things. To start with, it gives the watch the look of “regular” lumed indices (albeit, rather wide ones). This, in turn, moves the watch away from the tactic-cool vibe you can pick up from some tritium-equipped watches. Second, it makes for a very even dispersion of light at those indices when you check the time in the dark. It is a bit of a shame that the same tubes could not be used on the handset, but they would have turned into monsters and, I have a feeling, not looked very good. Weight is also a major issue with hands, as a movement’s torque is enough to move only so heavy of a handset. 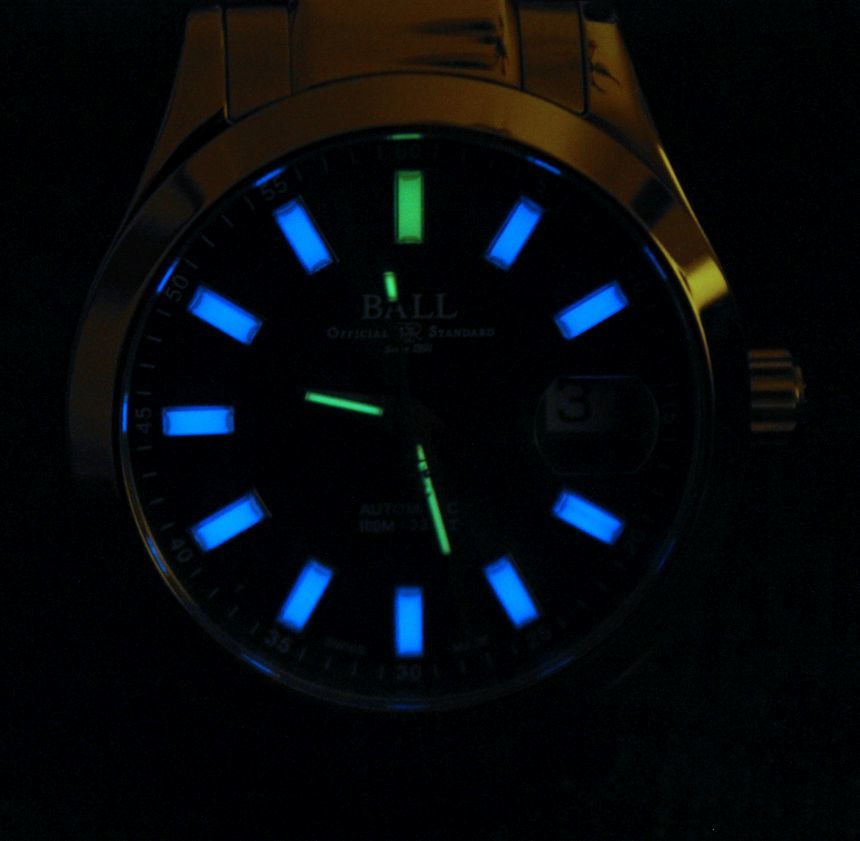 As it is, the tube selection (both on the dial and the beveled hands) do a good job of balancing the desire for low-light legibility with a classy, conservative appearance. Further cementing those conservative looks is the magnifier (aka cyclops) that shows up over the date window on the sapphire crystal. I have never played around with one of these before, and I think I am sold on them in a watch styled like this. In the end, it is a simple thing that adds a lot of utility to the watch just by making the date really easy to see.

While I have focused on the looks of the piece, it really shone for me in that one criteria: utility. Be it day or night, at the office or home, in a suit or in jeans, the Ball Engineer II Marvelight just plain worked. The case sizing was a good fit for my wrist size, and I had zero problems with reading the time (as you would expect from Ball). This, simply put, was a watch I clicked with immediately, and kept it on my wrist for a good long time. Inside the watch is a rather standard Swiss automatic mechanical movement (like an ETA 2824 or Sellita SW200) with the date. 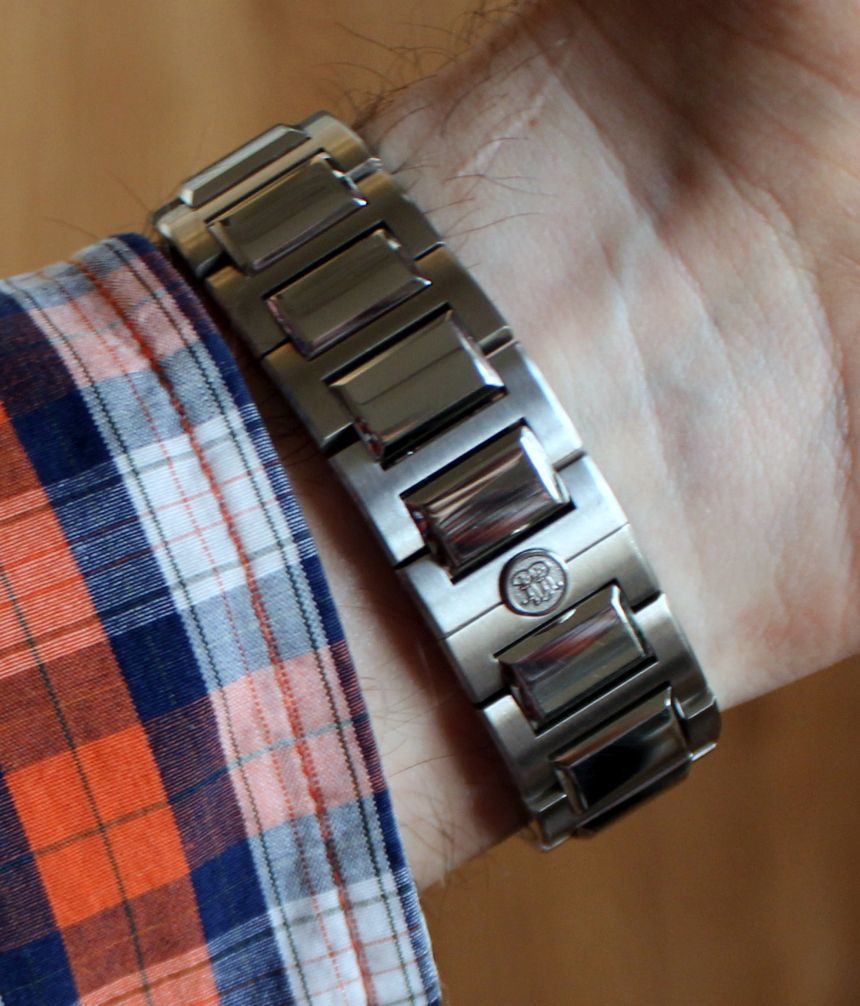 That is where the one stumbling block I ran into with the Ball Engineer II Marvelight occurred: on the wrist. Specifically, with the sizing for the bracelet. Ball does quite nicely include two half-links on the bracelet, which you can use to size things more accordingly. For me, though, I could not find that “just-right” fit.

I ended up settling on a sizing that is a touch larger than I prefer, which allows it to slide down over the wrist bones. By removing one link, and substituting in a half-link, I was able to keep it above the wrist, which I prefer. This resulted in a fit that was just a touch too tight, especially as the day wore on (protip: if you see part of the case back imprinted on your wrist, the watch is too tight).

Now, normally on a bracelet, this is not an issue – you can fiddle with the micro-adjustment pegs on the clasp, right? Not so with the Marvelight. Here, they have a very tricky flush-end clasp that looks great – just no micro-adjustment for you and me. Depending on how you like your watch to fit, this is definitely something you would want to consider.

The bracelet issue aside, I really enjoyed my time with the 172g Ball Engineer II Marvelight. I like tritium watches, and my styling tastes tend to skew a bit towards the more traditional – and this watch was a great combination of both. Our review sample came with a blue sunray dial, but they are also available with black, silver, or grey. Regardless of dial color, you can pick up one your own for a price of $1,899. ballwatch.com

Brand: Ball
Model: Engineer II Marvelight
Price: $1,899
Would reviewer personally wear it: Just about without a second thought – if it were not for my bracelet sizing issues.
Friend we’d recommend it to first: This is for someone with tastes like my own – conservative styling, but looking for a watch with a bit of subtle flash.
Worst characteristic of watch: All of the polished surfaces – they are fingerprint magnets.
Best characteristic of watch: The complete look of the watch. You get something that could almost be considered retro in many ways, but packaged up with modern materials and excellent illumination.