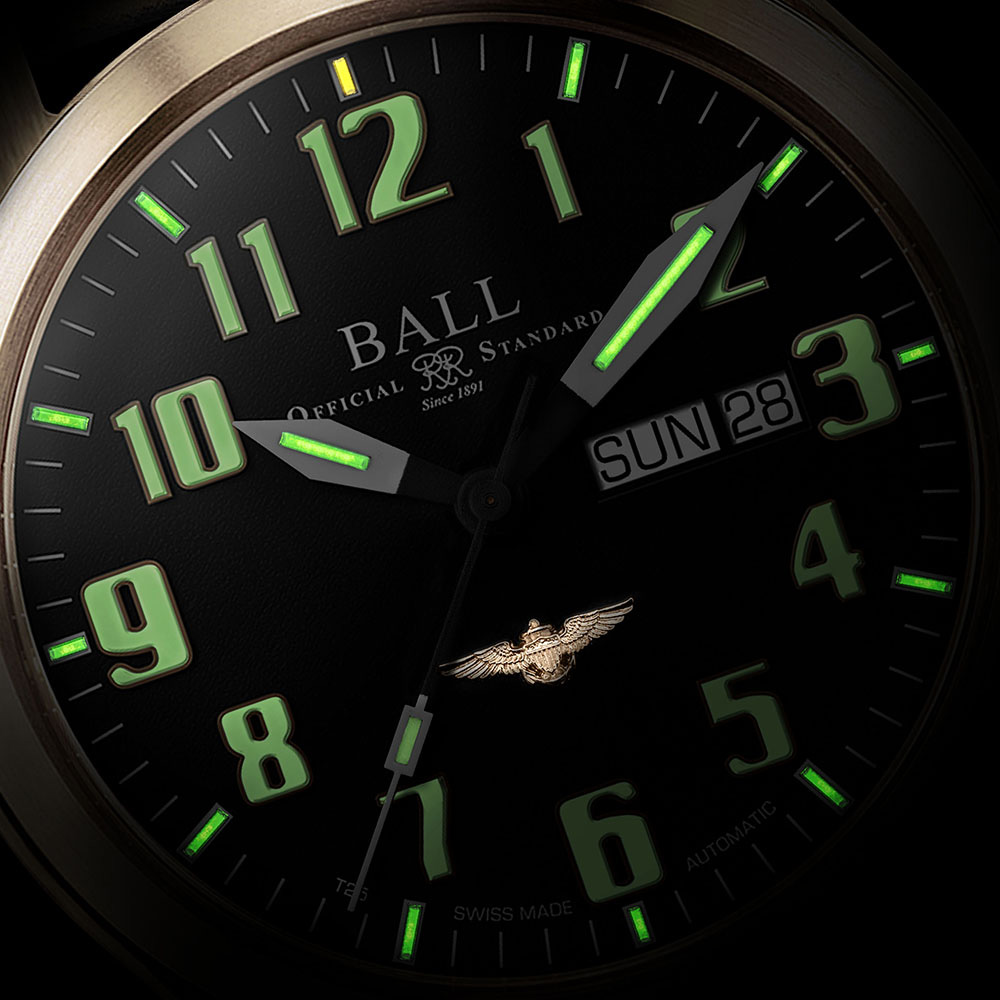 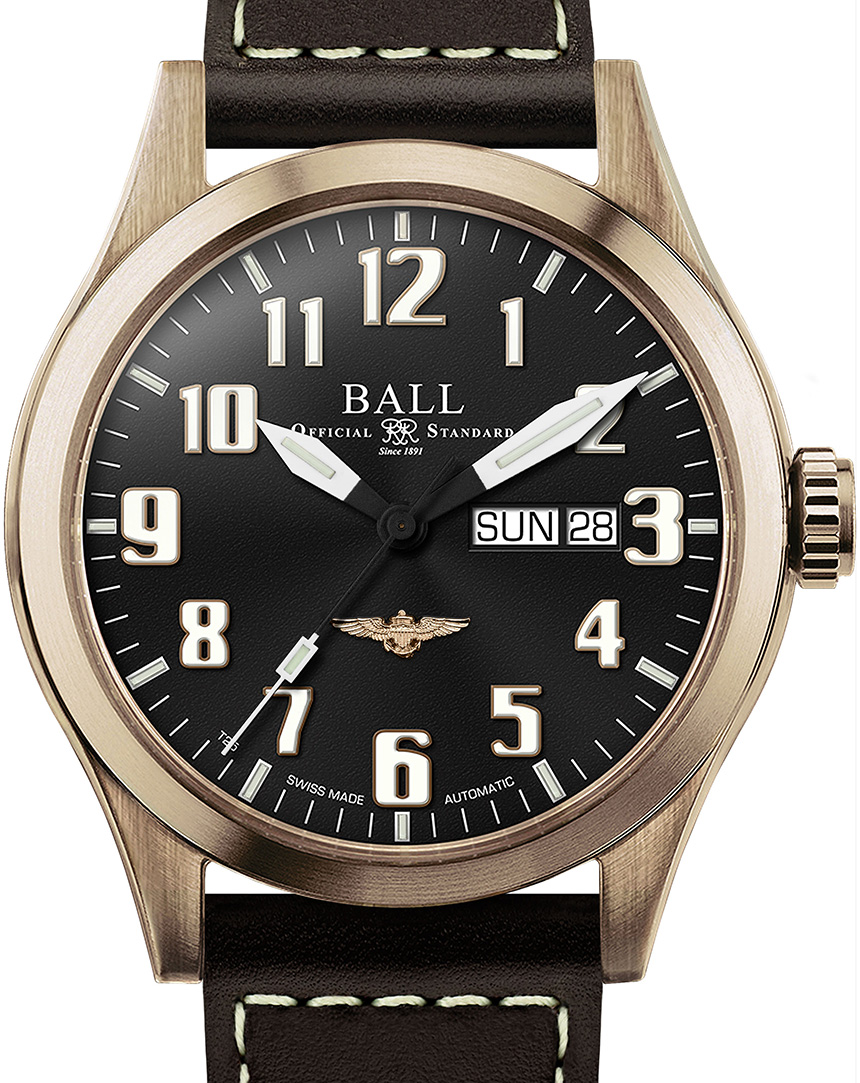 Ball Watch Co. is a brand that constantly delivers in terms of variety, quality, and value. The Ball Engineer III Bronze Star and Silver Star watches offer a no-nonsense option for anyone that’s interested in a solid pilot’s watch. And let’s face it – that’s a whole lot of us. These new models feature Ball’s SpringLOCK and Amortiser systems, which help reduce the effects of shock while facilitating accurate timekeeping. Additionally, Ball is offering a limited-edition version of the Ball Engineer III Bronze Star model which is the first Ball timepiece ever to be available in bronze.

Ball’s Engineer III series consists of honest and highly legible pilot’s watches that are packed with a range of in-house technology. In addition to the SpringLOCK technology, which cuts back on balance spring shock impact by 66%, the watches also feature Ball’s patented Amortiser anti-shock system. This system consists of an antimagnetic ring that surrounds the movement and helps absorb any kind of shock caused by impact to the side of the case. Ball also includes their mu-metal antimagnetic shield. It’s an alloy built into the case comprised of nickel, iron, copper, and molybdenum that helps attract and deviate static or low-frequency magnetic interference that would otherwise affect the movement. This is the kind of effort and attention to detail that really sets the Ball Engineer III apart as a truly rugged watch. 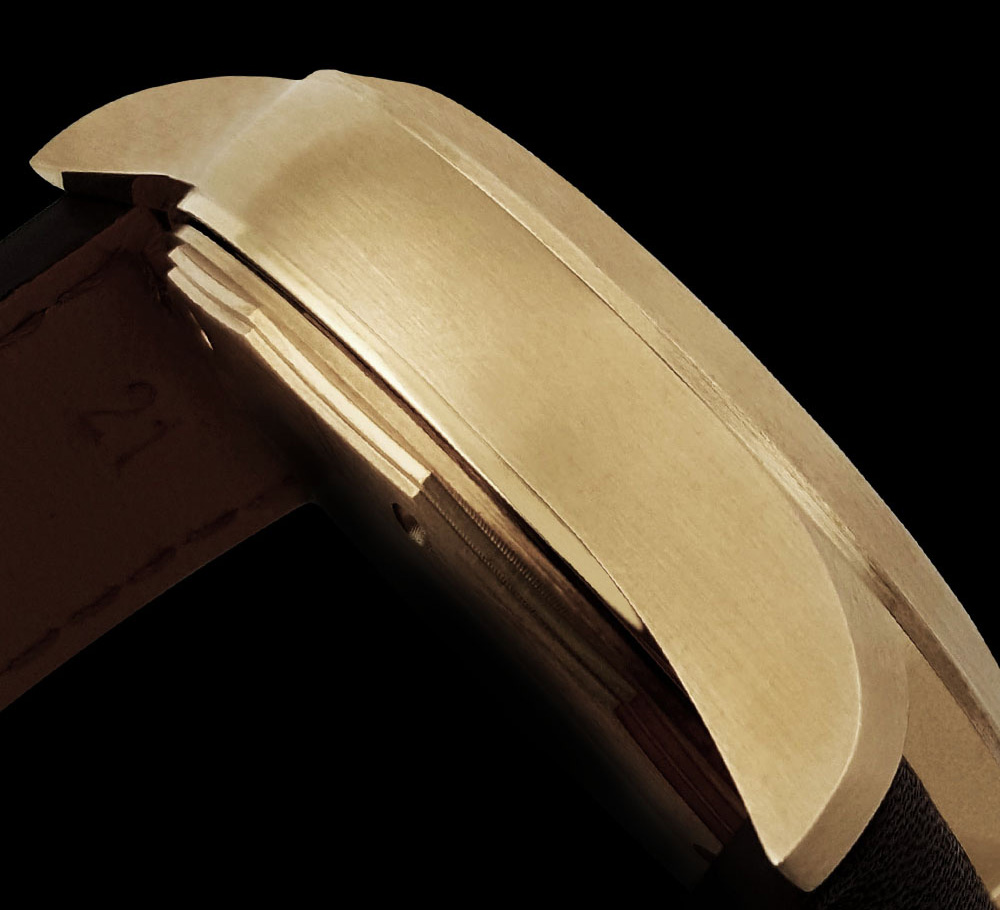 Inside the Ball Engineer III you’ll find the Ball automatic caliber RR1102. It’s based off an ETA 2836 and provides reliable readings for hours, minutes, sweeping seconds, day, and date. Once again, pilot watches are all about legibility, so Ball opted for a high-contrast dial with bold Arabic numeral hour markers and an aviation-inspired handset reminiscent of what you’d see on an altimeter and other essential flight instruments. The day-date indicator features darker text over a plain white date wheel for quick reference and offers an extra element of practicality most wearers will appreciate. 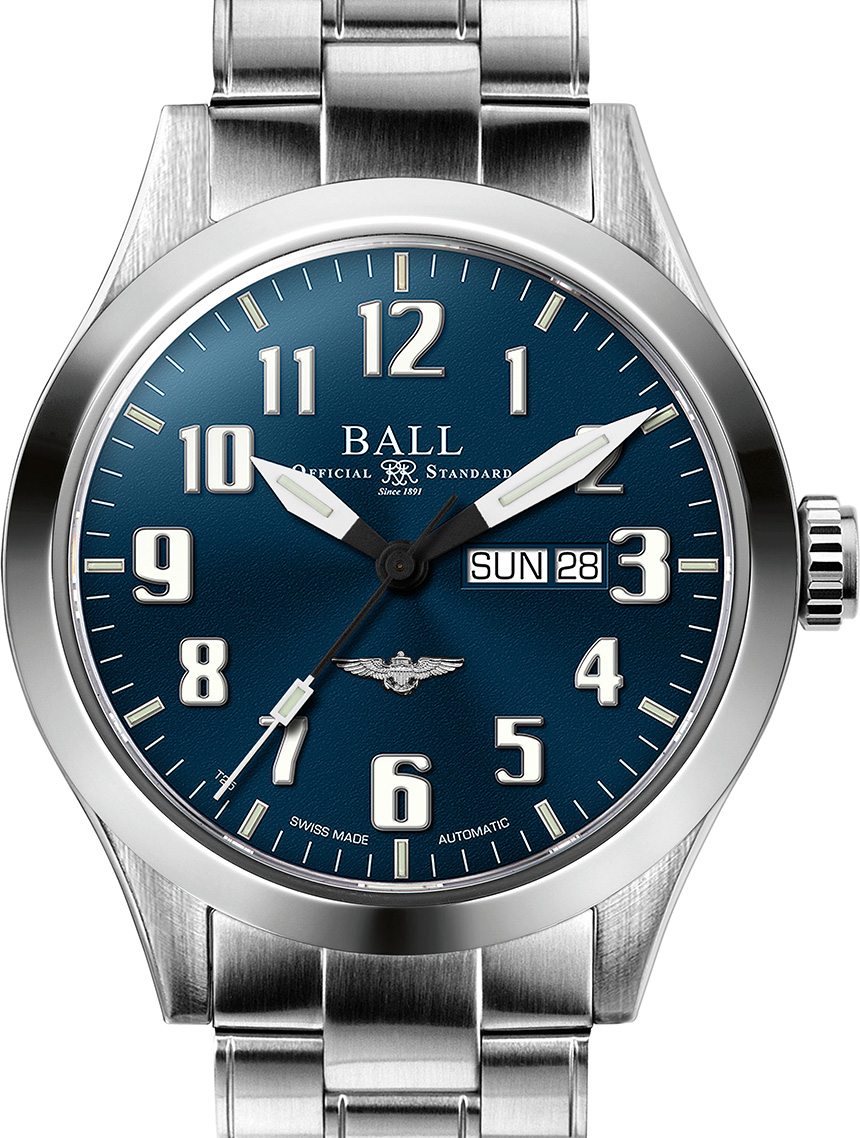 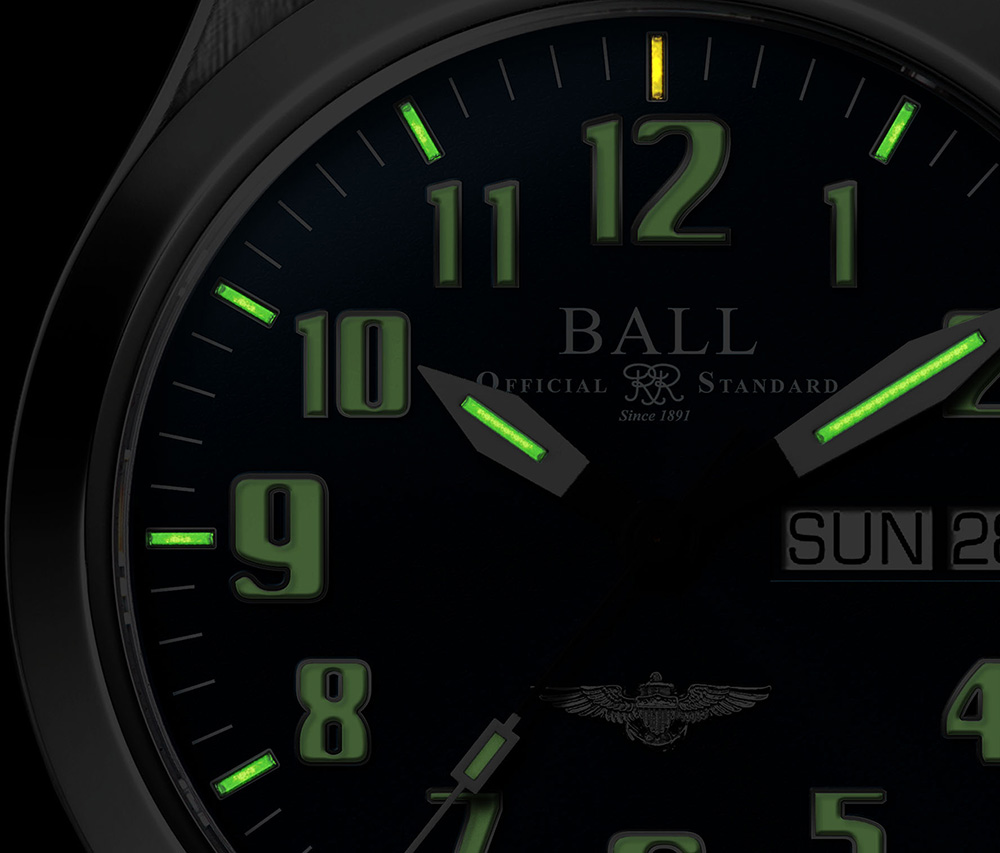 One final thing to mention in terms of the dial is the use of Ball’s micro gas tubes. This luminescent technology can be found on all of Ball’s watches, and it glows without the need for any kind of external light source. It’s a basic, tried-and-true system that utilizes tritium gas tubes for a cool look and quick, accurate time-reading. On these Ball Engineer III watches, the tritium gas tubes are used alongside standard Super-LumiNova paint for the Arabic numeral hour markers and the seconds hand. 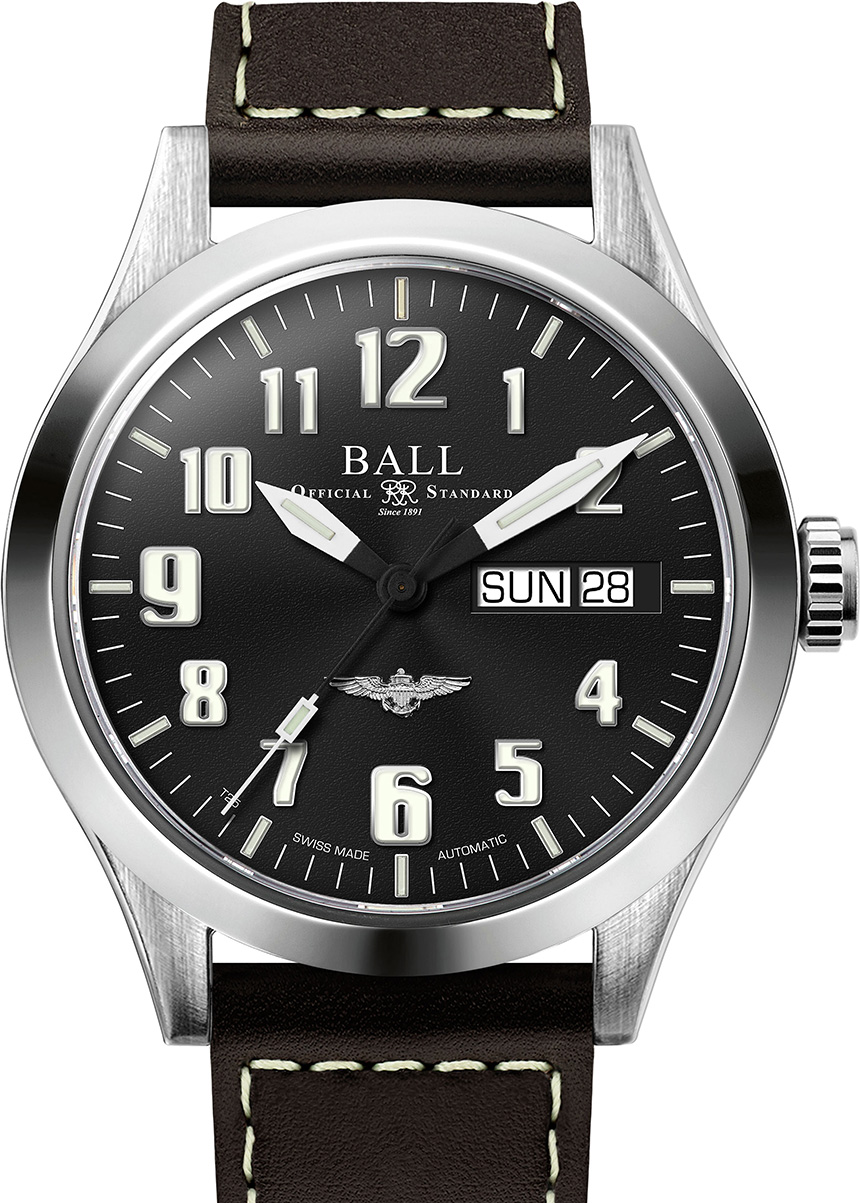 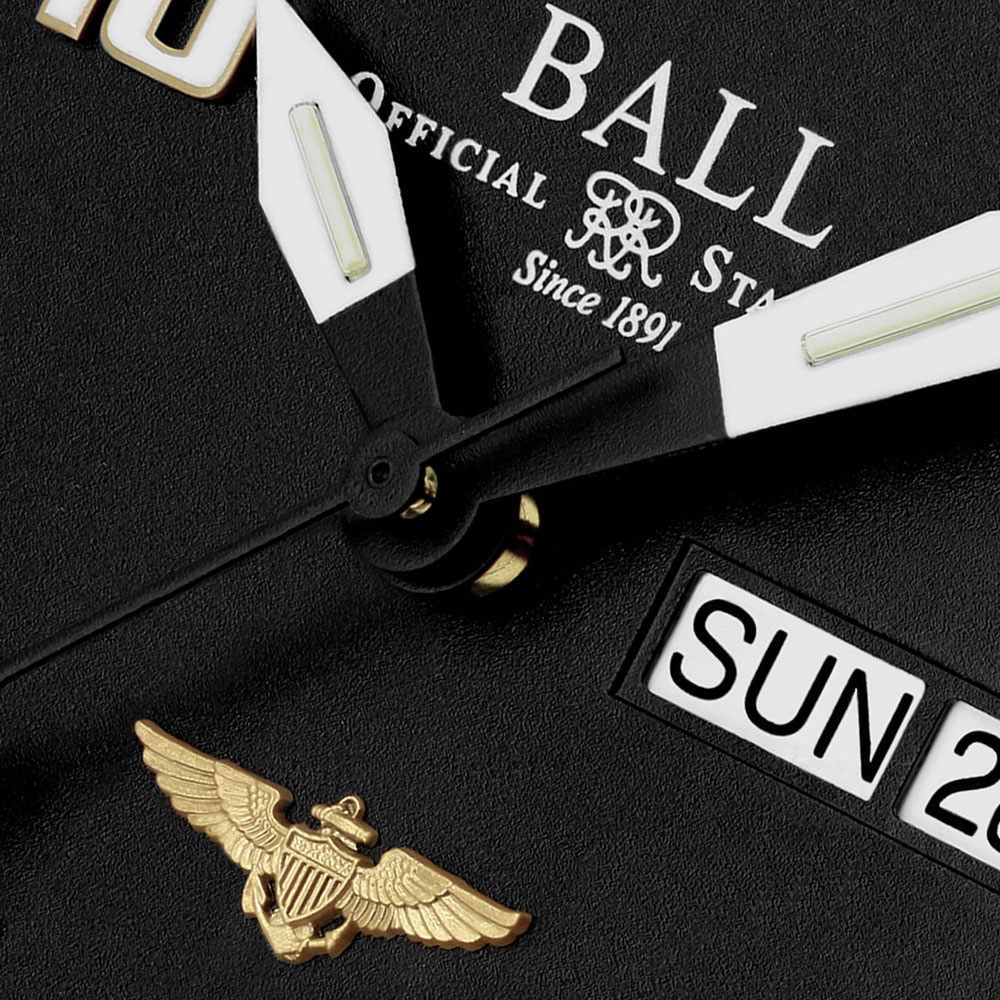 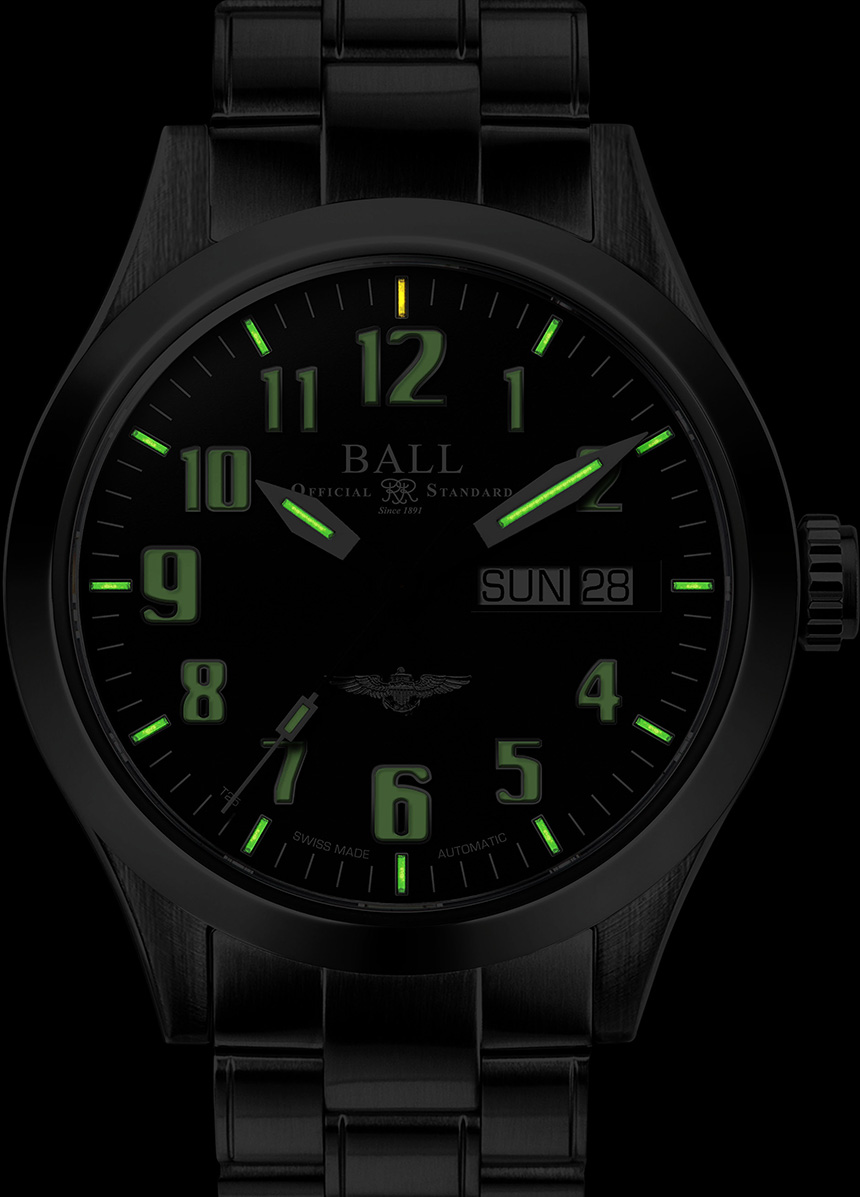