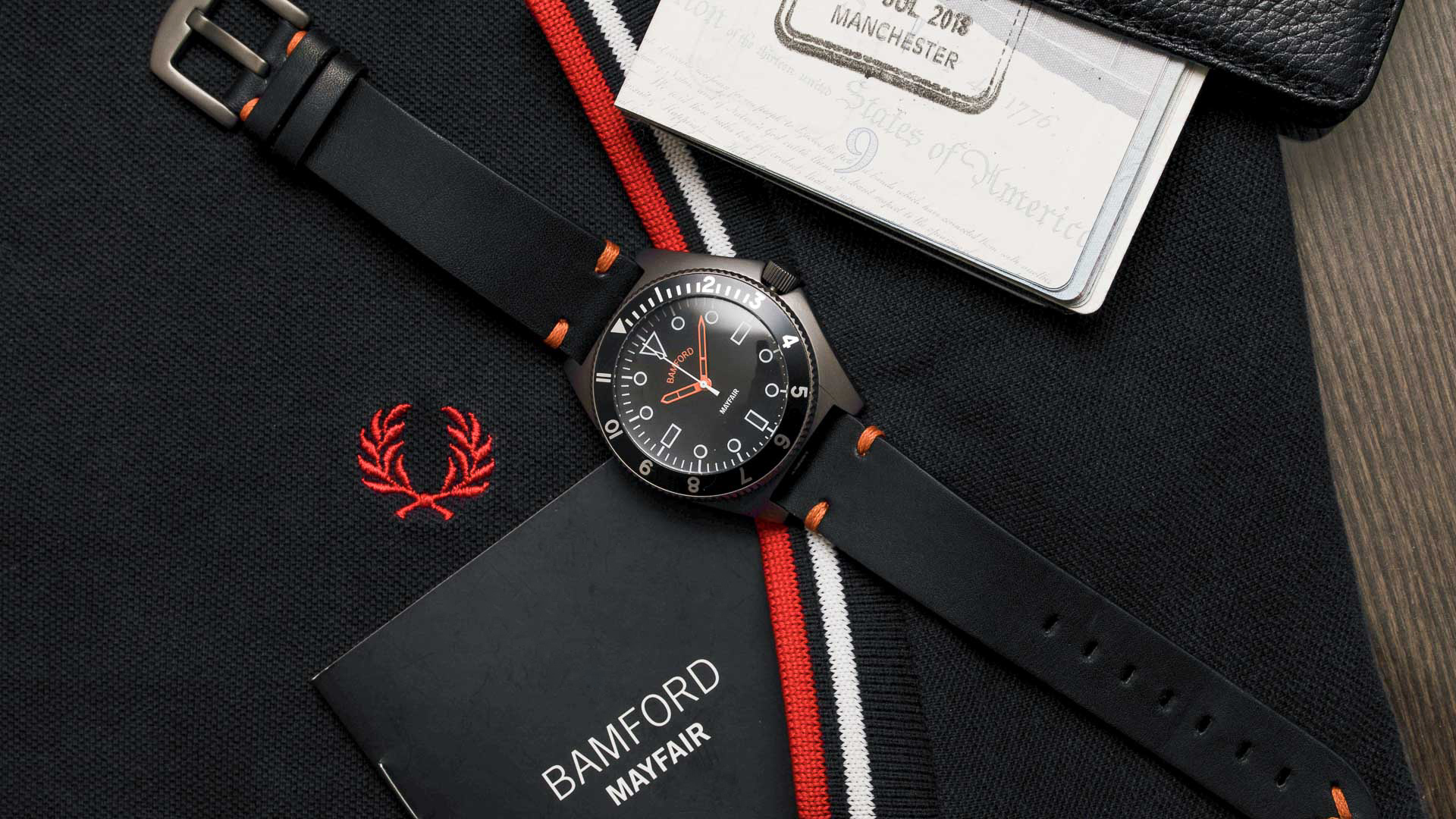 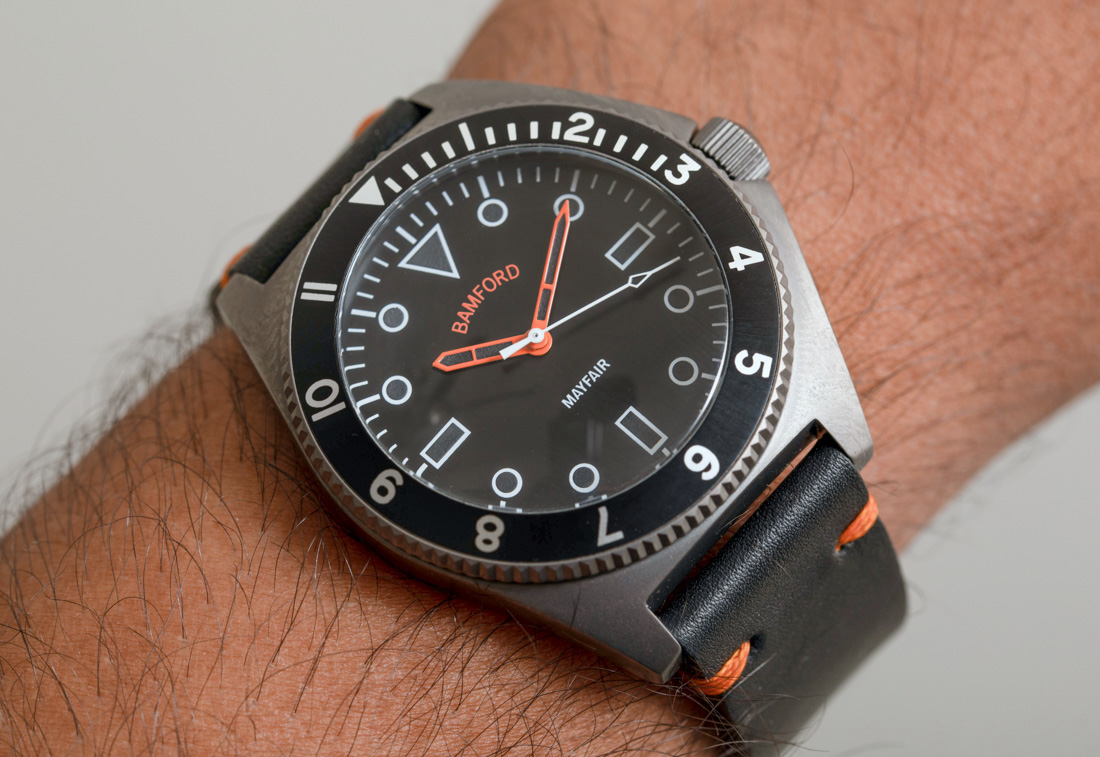 When the Bamford Mayfair was announced in the fall of 2017, its founder George Bamford knew exactly how to the market the new $550 watch line. In about every news piece on the watch, George Bamford was quoted discussing how his clients – who were waiting on the servicing of a customized Bamford watch – loved the courtesy “loaner” piece they got so much that he decided to sell them. There is such a cheeky brazenness to the notion that a Bamford customer only has the one watch and needs, let alone loves, a “loaner” piece. So for just over $500, you’re just another guy waiting for his $15,000+ customized watch to get back from the shop.

It’s the kind of aspirational marketing that would make Jean-Claude Biver proud, and now that Bamford is the exclusive customizer for LVMH, the younger Mayfair buyer knows exactly what to aim for when their paycheck matches their watch-lust. But, let’s get to looking at the watch in hand, the Bamford Mayfair. As most of you know, Bamford used to be a huge Rolex customizer until the luxury conglomerate made their services exclusive. 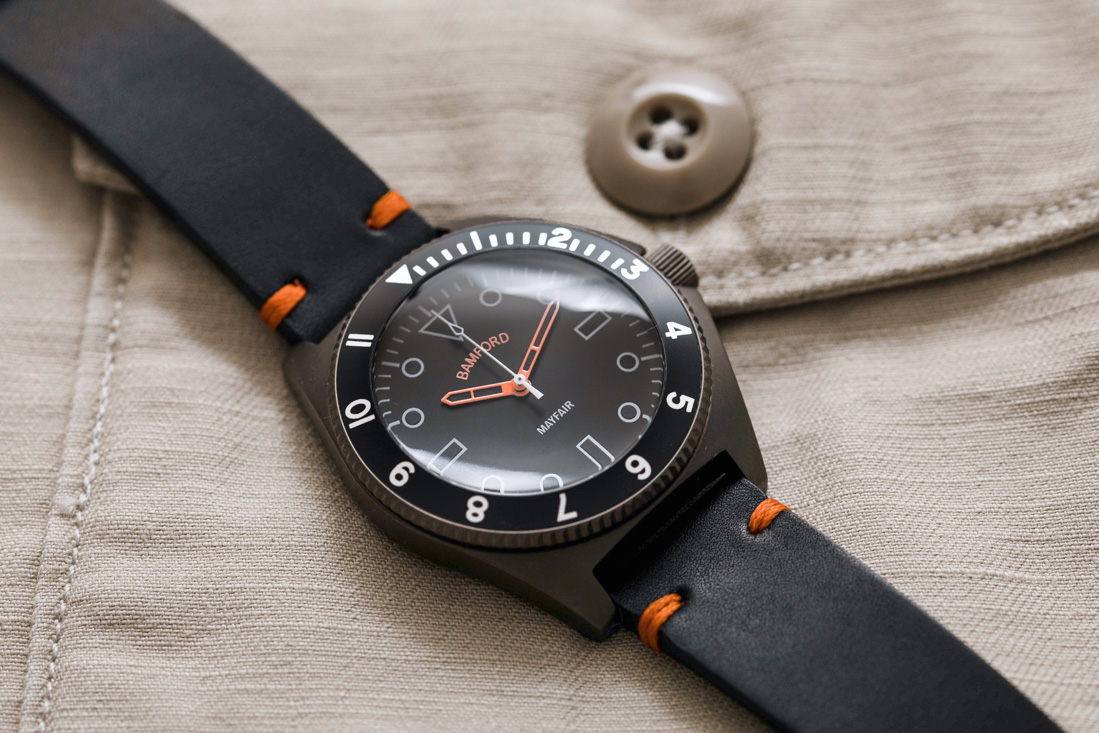 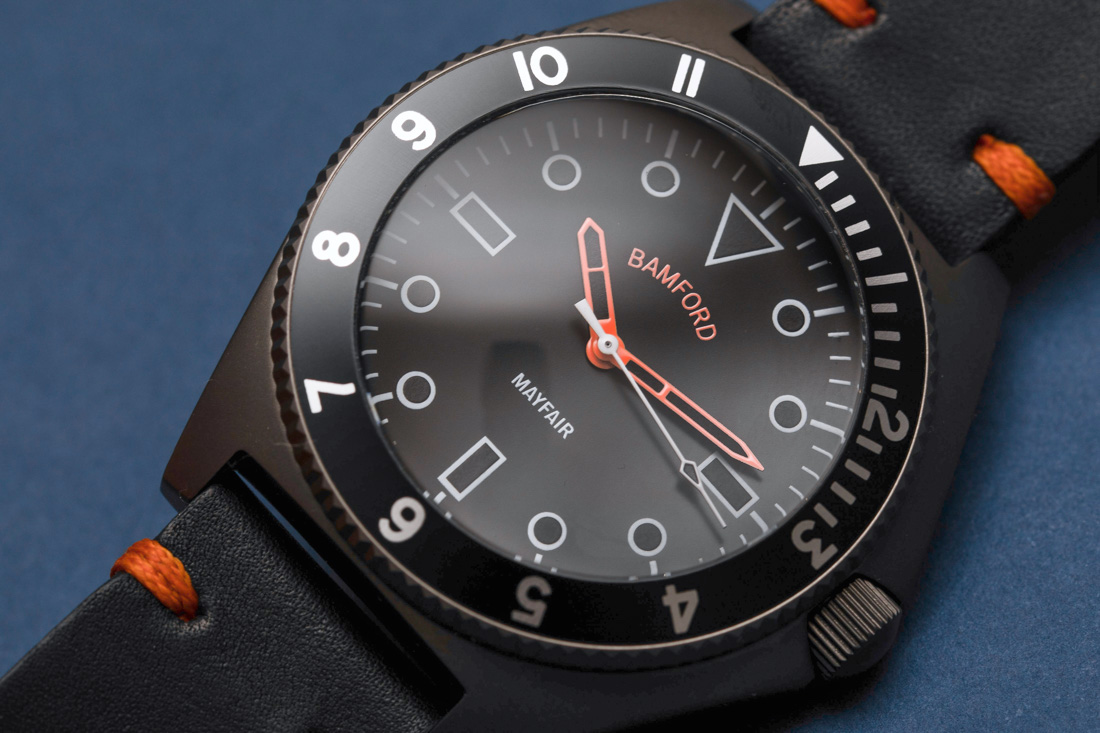 A 40mm steel dive watch that runs on a Miyota 2035 quartz movement, the Mayfair comes in a huge variety of dial colors but you can also customize your own. Before I go any further, I want to address something. Is $560 too much for a Miyota quartz watch? Honestly, it doesn’t matter. Sure, if you’re making the argument in court that this watch is overpriced by taking a hypothetical brand X with specs and price identical to those of the Mayfair, you could make a decent argument. But the fact of the matter is that anyone interested in this watch is going to put a premium on the Bamford name above all else. 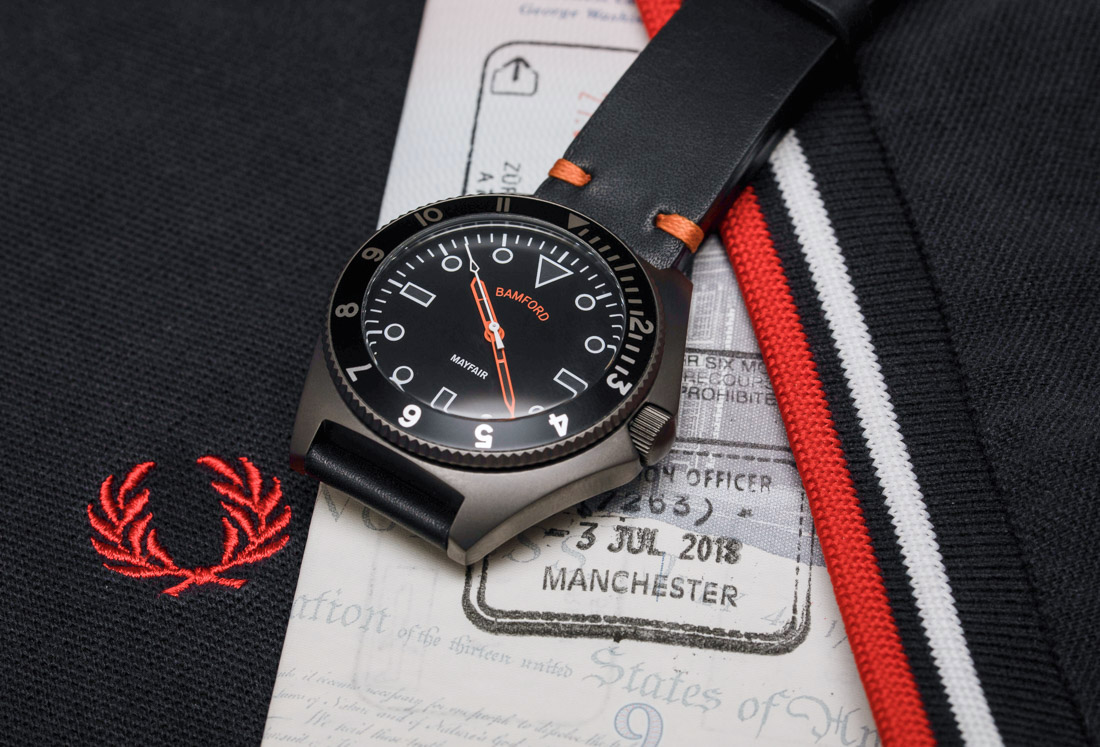 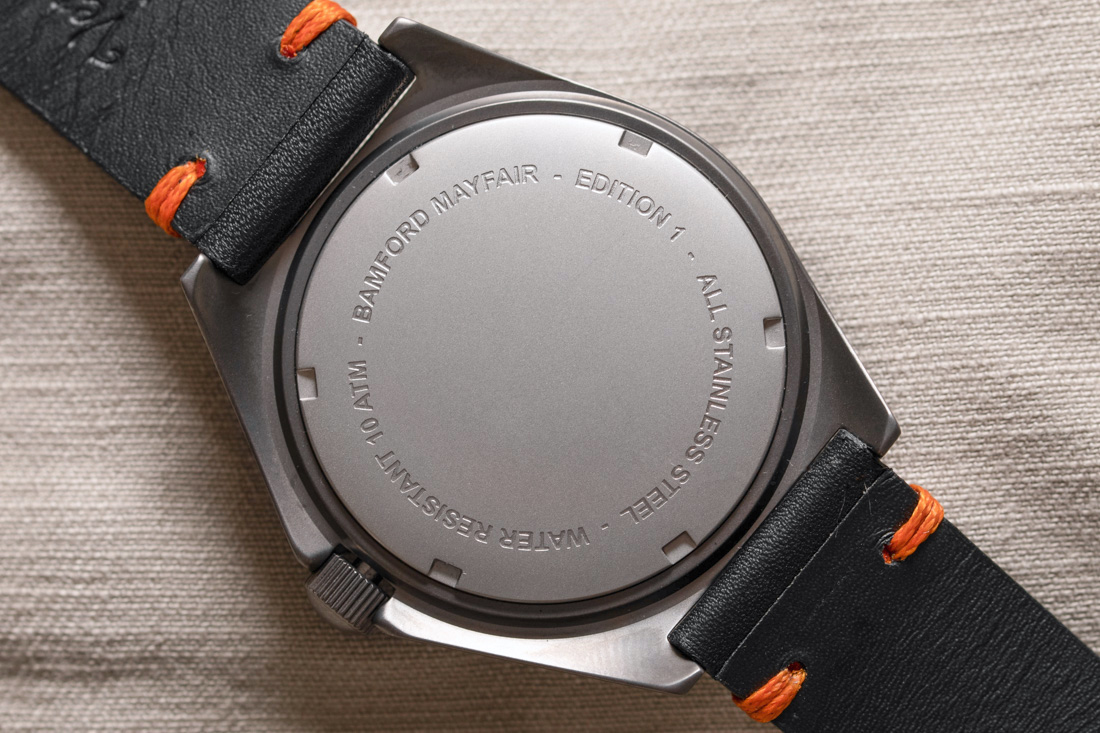 Bamford is understandably divisive in the watch enthusiast community for a variety of reasons, but the fact remains that it is the most prominent luxury watch customizer in the world. Some of the Bamford aesthetic signatures of blacked out dials/cases, bright colors in specific hues, and of course, the ability to customize, are all front-and-center not just in the Mayfair watch itself, but the experience of buying it (should you choose to customize). There are a lot of young guys out there that understand that when someone asks you about your watch, you’re not going to lead with the Miyota movement, you’re going to tell the Bamford story. Plus, it’s a beater that you won’t feel bad about knocking around until you have enough money to get a Bamford Zenith or TAG Heuer. 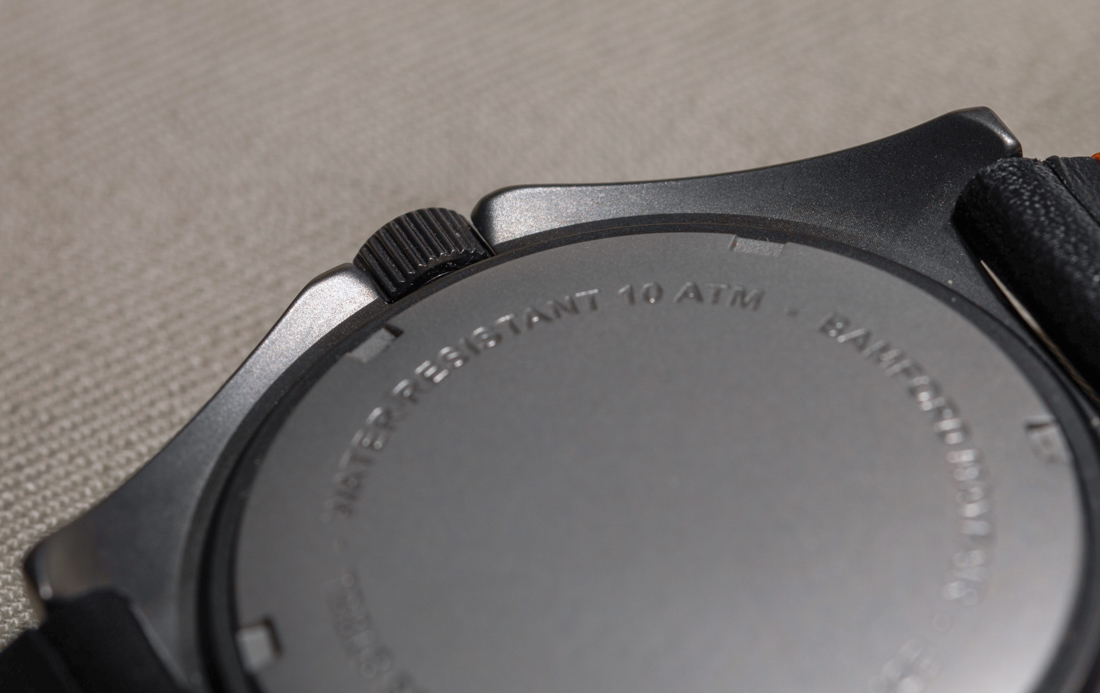 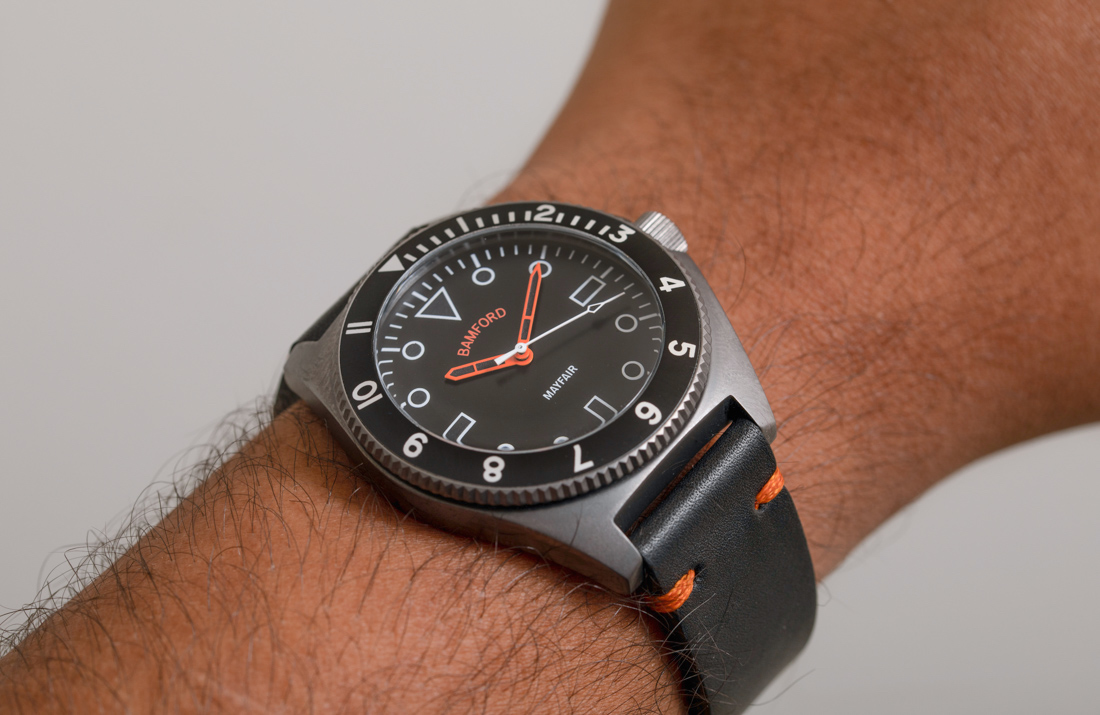 Is all this Bamford love driving some of you crazy by now? Ok, there are clearly drawbacks to the Bamford Mayfair other than value. A lot of people have noted the asymmetrical case design is near-identical to the old Benrus Type I and that’s absolutely true. The case looks great though, and I much prefer a derivative success over an original mess. Fortunately, even the clumsiest customization doesn’t mess with the looks of the case much, since Bamford offers only either a matte black or matte grey case. As for bezels, you’ve got the choice of matte ceramic or anodized aluminum, both of which are unidirectional rotating. Though, you’re not going to get a lot of tactile enjoyment from turning the bezel as it has a lot of “wobble” when set. 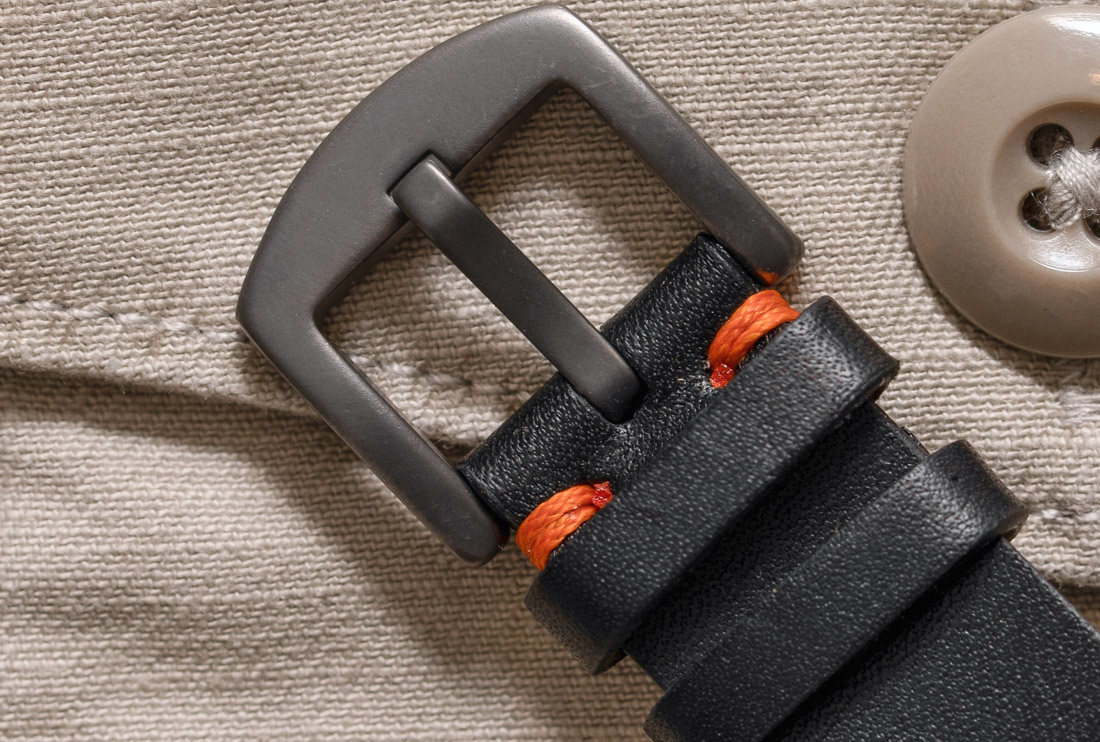 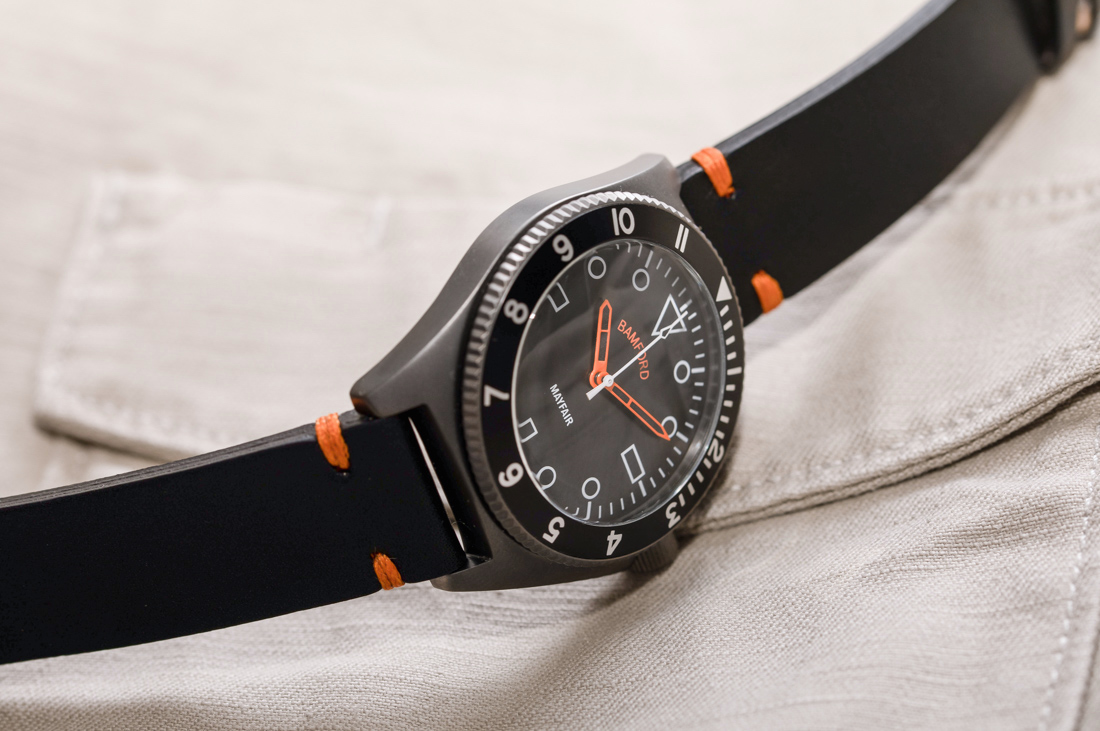 The made in UK Bamford Mayfair has a sapphire crystal through which lies the time-only display (fortunately no date window, which would have absolutely ruined it) marked with lumed hands. Text on the dial is kept to a minimum, as well, another good design move for the more style-oriented potential buyer seeking a permission structure for what they may see as overpaying for a quartz Miyota watch.

Again, the case size is 40mm wide and 15mm thick with a 20mm lug width. The case is water-resistant to 100m, making it suitable for reasonable water exposure. The strap on the model I wore is in black leather with orange stitching, but there are also NATO and rubber strap options. Oh, and one more thing that’s customizable is the option to have up to 20 characters engraved on the caseback. I imagine many a gift-stumped parent or partner is going to land on the Bamford Mayfair as a birthday, graduation, new job, etc. gift. Frankly, it’s not a bad call. 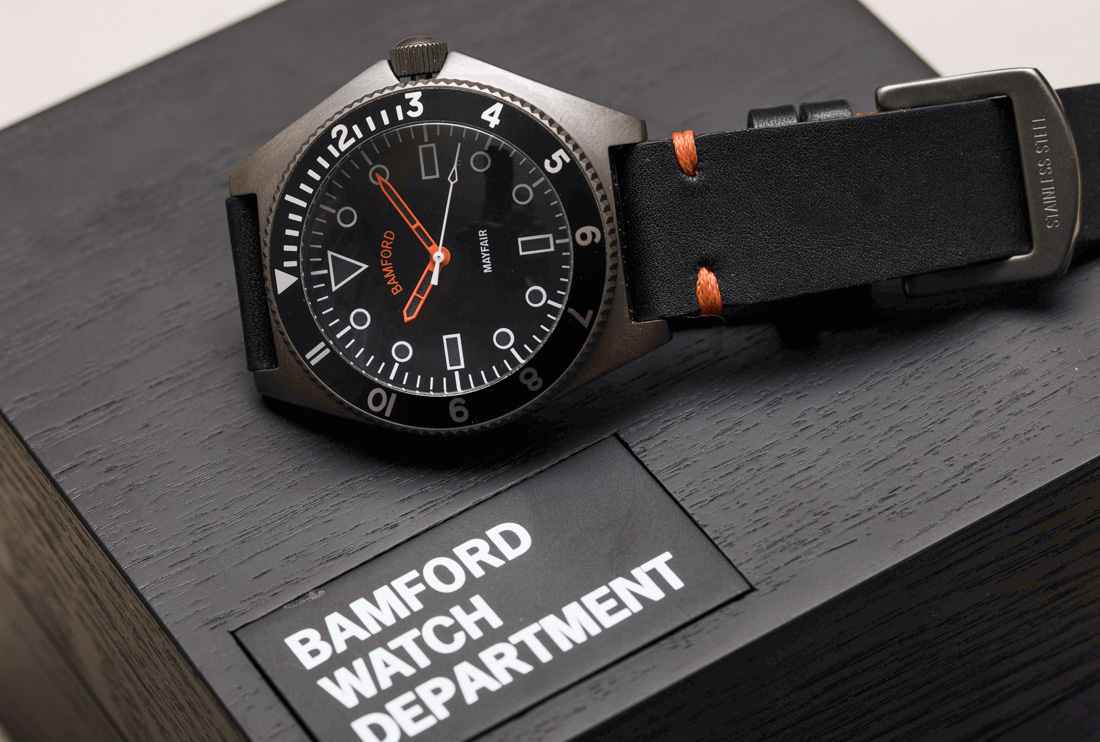 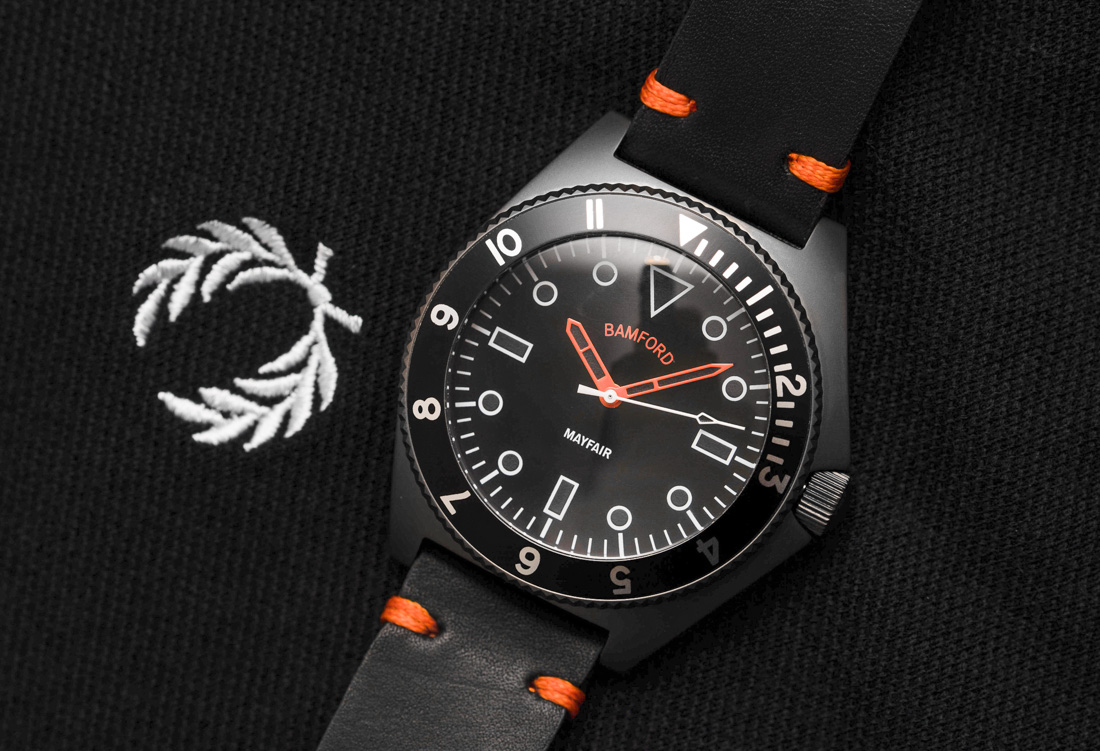 The Bamford Mayfair comes in a very on-brand black wooden box with the Bamford Watch Department logo. It all adds up to a package that is all about the style and design, with little to no regard given to the movement. And really, why should it? Nothing Bamford does has anything to do with what lies beneath the skin, and the Mayfair goes all out love-it-or-hate-it. The Bamford Mayfair watch is priced at $560 and is available from Bamford and Mr. Porter. bamfordwatchdepartment.com