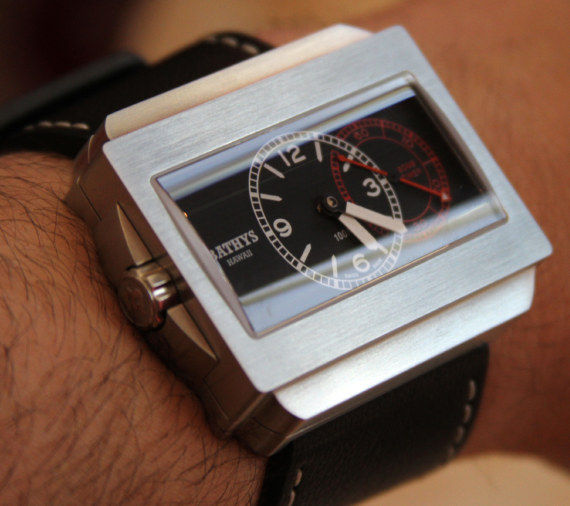 This is a working prototype of Bathys’ upcoming Bomb Timer watch – and it is very cool. I want to make two things clear from the start. First, as I said, this is a prototype, and will undergo a few changes before production. This includes aspects of the case, dial, and movement finishing. So again, this is a test… this is only a test. Second, the name Bomb Timer (while open to interpretation) has a very specific meaning. You’ll see in the images below, a small vintage Hamilton clock that was mounted in cockpits, and other areas of bomber planes. These small clocks were bomb timers, and provided necessary timing information to bomb drop operates to know exactly when to release their payload. Pre computer and GPS bombing was a pain when trying to hit specific targets, especially when in cloudy skies. Thus precising timing instrumentation was required when attempting to hit targets with an accuracy much of the time. 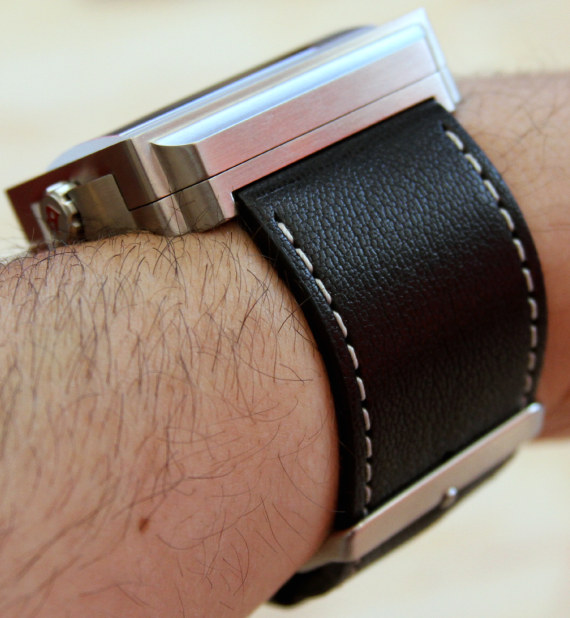 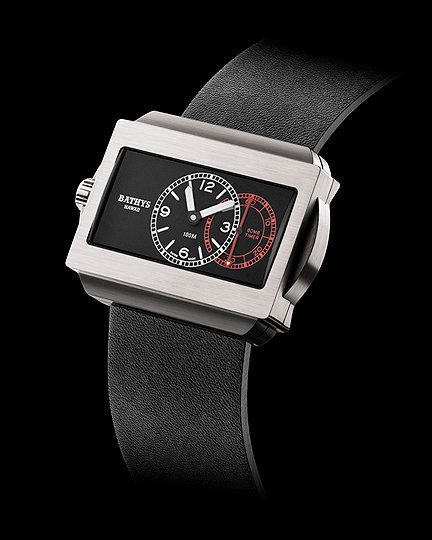 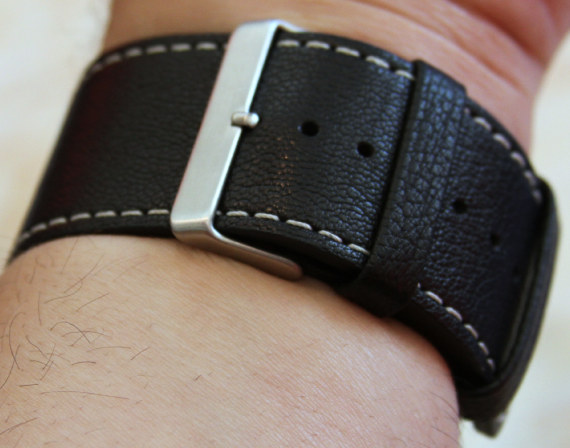 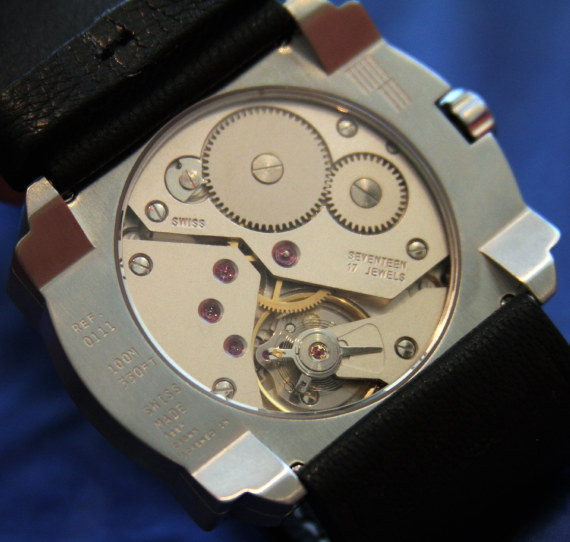 Apparently, bomb operators liked these little clocks enough, that many of them took them home with them after WWII. For 2010, Bathys of Hawaii has increased the size of the original bomb timer, and has made quite the interesting watch concept out of the theme. You can see the similar user of large, over-lapping subsidiary seconds dial next to the main time.

In steel, the comfortable case is 52mm wide, by 35mm high. It comes with a thick 35mm wide aviation style leather strap with white contrast stitching. The wide, and short proportions of the case make it interesting, and like I said, actually very comfortable to wear. This is a great watch, and it has loads of fashion appeal. Staying true to the manually would, mechanical nature of the original, the Bomb Timer will have a manually wound ETA Unitas 6947 movement in it (that was originally used in pocket watches).  The movement is mounted upside down so that the crown can be mounted on the left side of the case. Bathys is most likely going to alter the shape of the crown guards to make the crown easier to un-screw and wind. The case is water resistant to 100 meters. 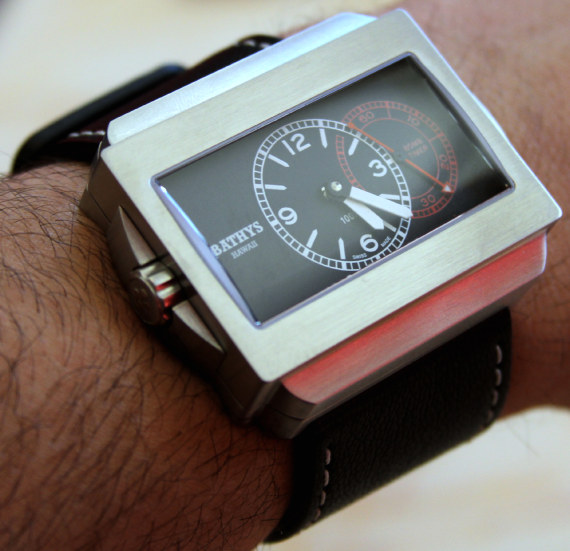 While the pictured version is in brushed steel, there will also be a PVD black version of the Bathys Bomb Timer watch available. The main time dial will be coated entirely in SuperLumiNova, as well as the tip of the seconds hand. The large subsidiary seconds hand is 17mm tall. The overall look of the Bomb Timer is both simple and unique, with a straight forward appeal that requires no explanation. Bathys, as a small independent watch brand, has again designed a good looking watch suitable for mass appeal. Price of the Bomb Timer will be about $1,800 when it is available early 2011. I certainly am looking forward to it.