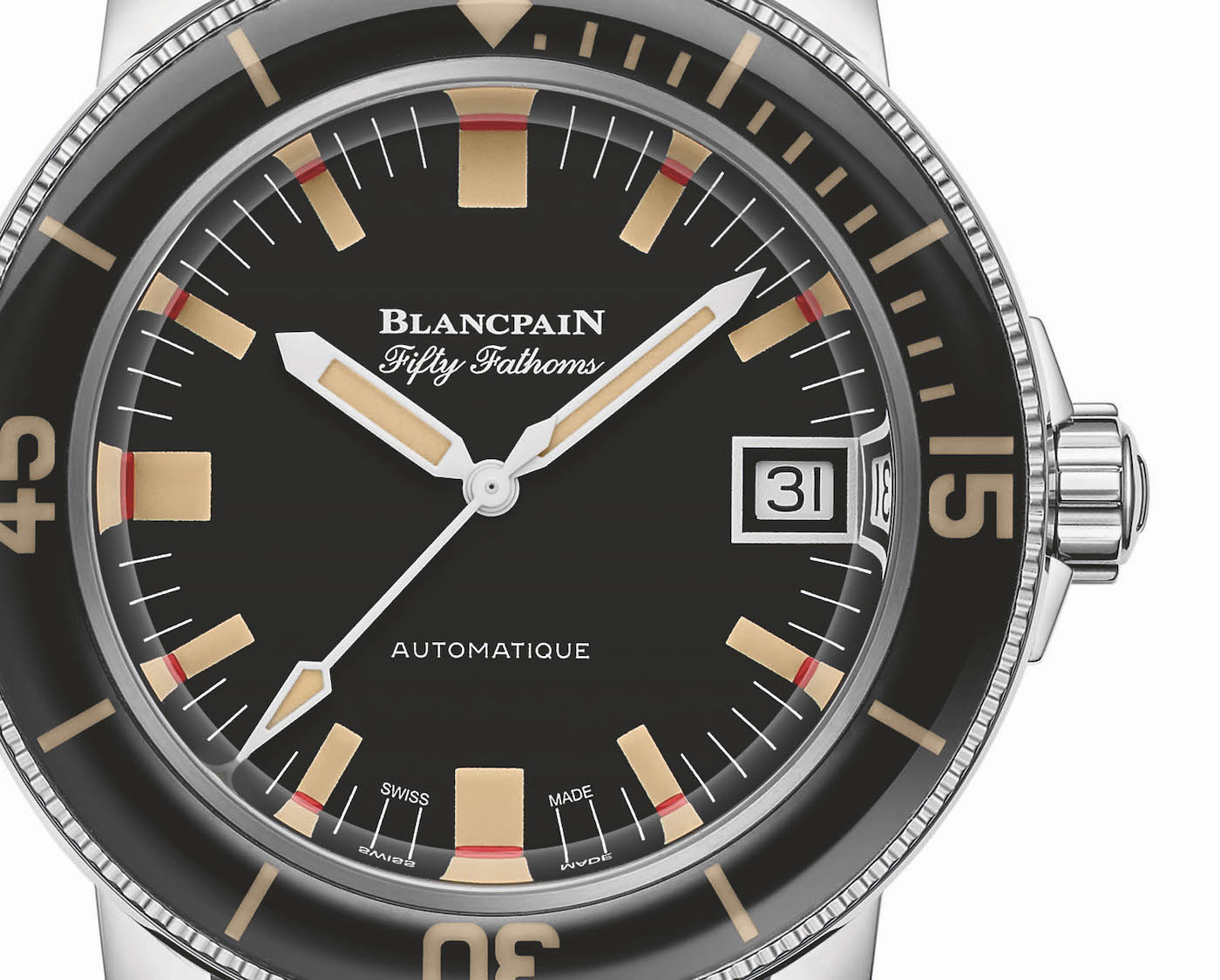 You could bash me over the head with a solid brick of faux-aged lume and I would probably say thank you. When obsession bites, it bites hard. And, in this case, it hasn’t let go of me. The new Blancpain Fifty Fathoms Barakuda watch has just dropped and it is an absolute beauty. 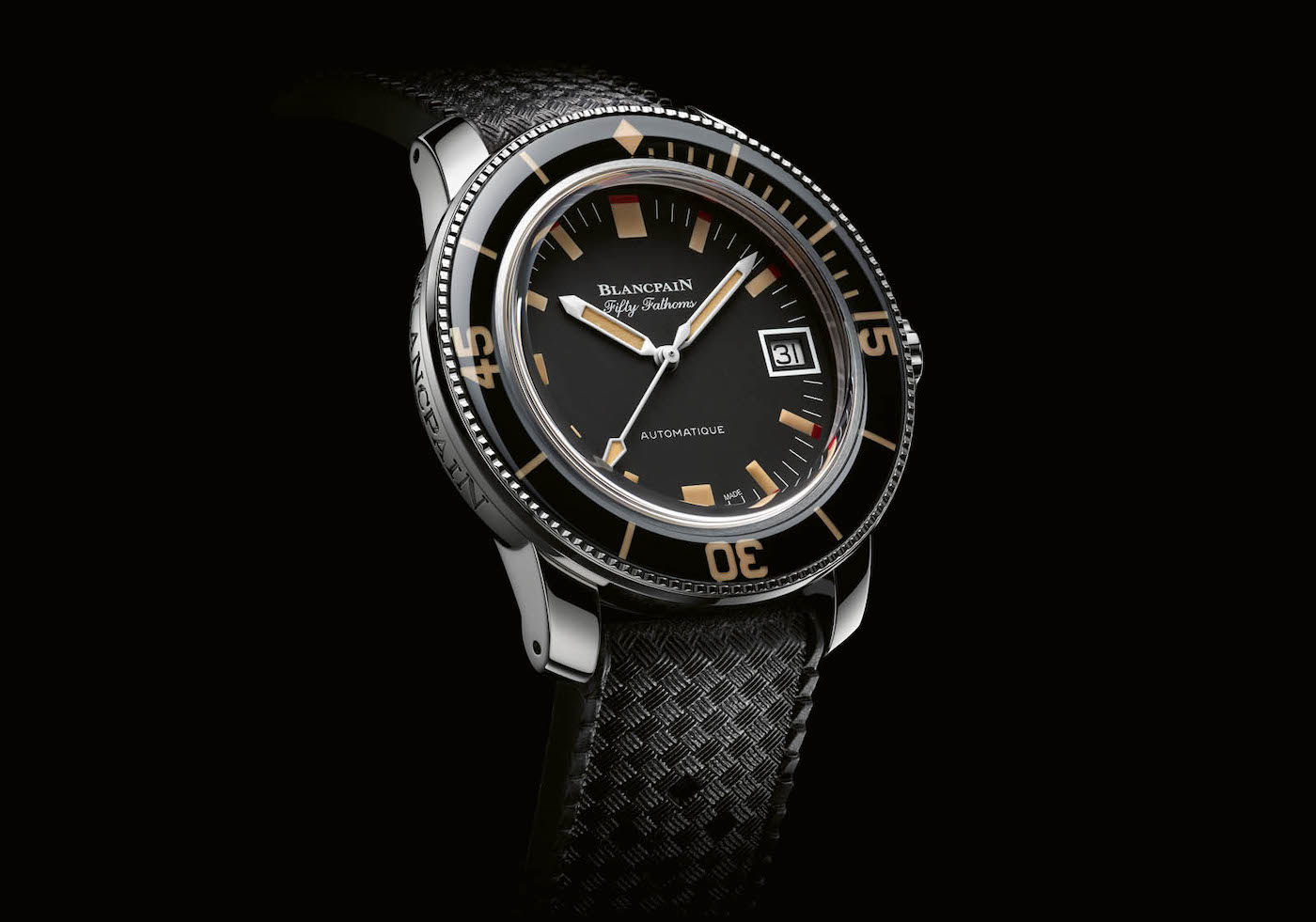 The Fifty Fathoms star is burning as bright as ever, and we can expect the rush for this limited model to be more a stampede than an orderly procession. With just 500 units available and a relatively (relatively) reasonable retail price, the likelihood of this one losing a chunk of change the second you drive it off the forecourt is minimal. This piece looks set to be sold out in the blink of an eye, and given its family’s heritage and its up-to-date throwback styling (which sounds contradictory but is totally appropriate), there’s no wonder why. 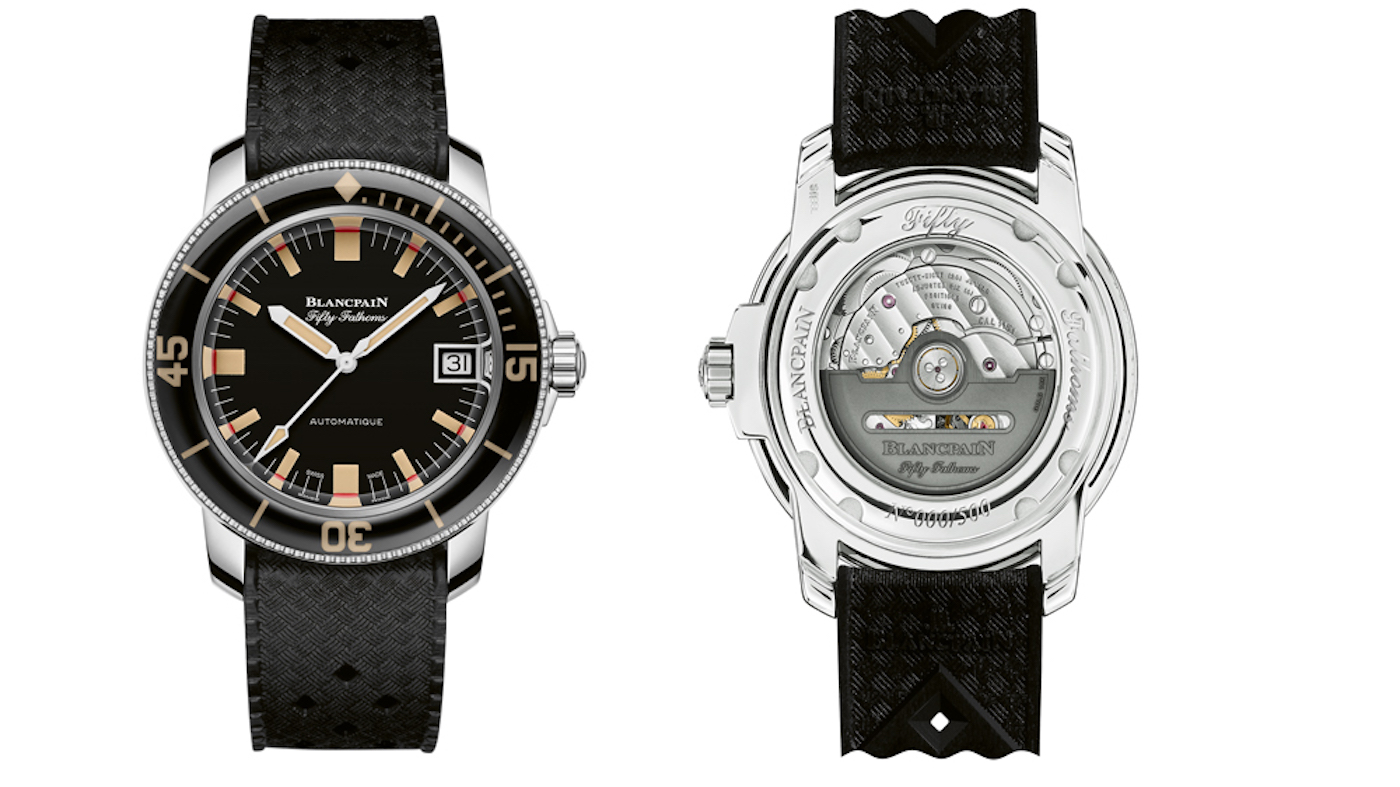 Blancpain launched the Fifty Fathoms range in 1953. Designed by Captain Robert Maloubier and Lieutenant Claude Riffaud for the French Navy, its uni-directional timing bezel was a game changer. The styling of the watch has since informed countless dive watches through the years, and the Fifty Fathoms – and its many iterations – has been the choice of many a professional body. 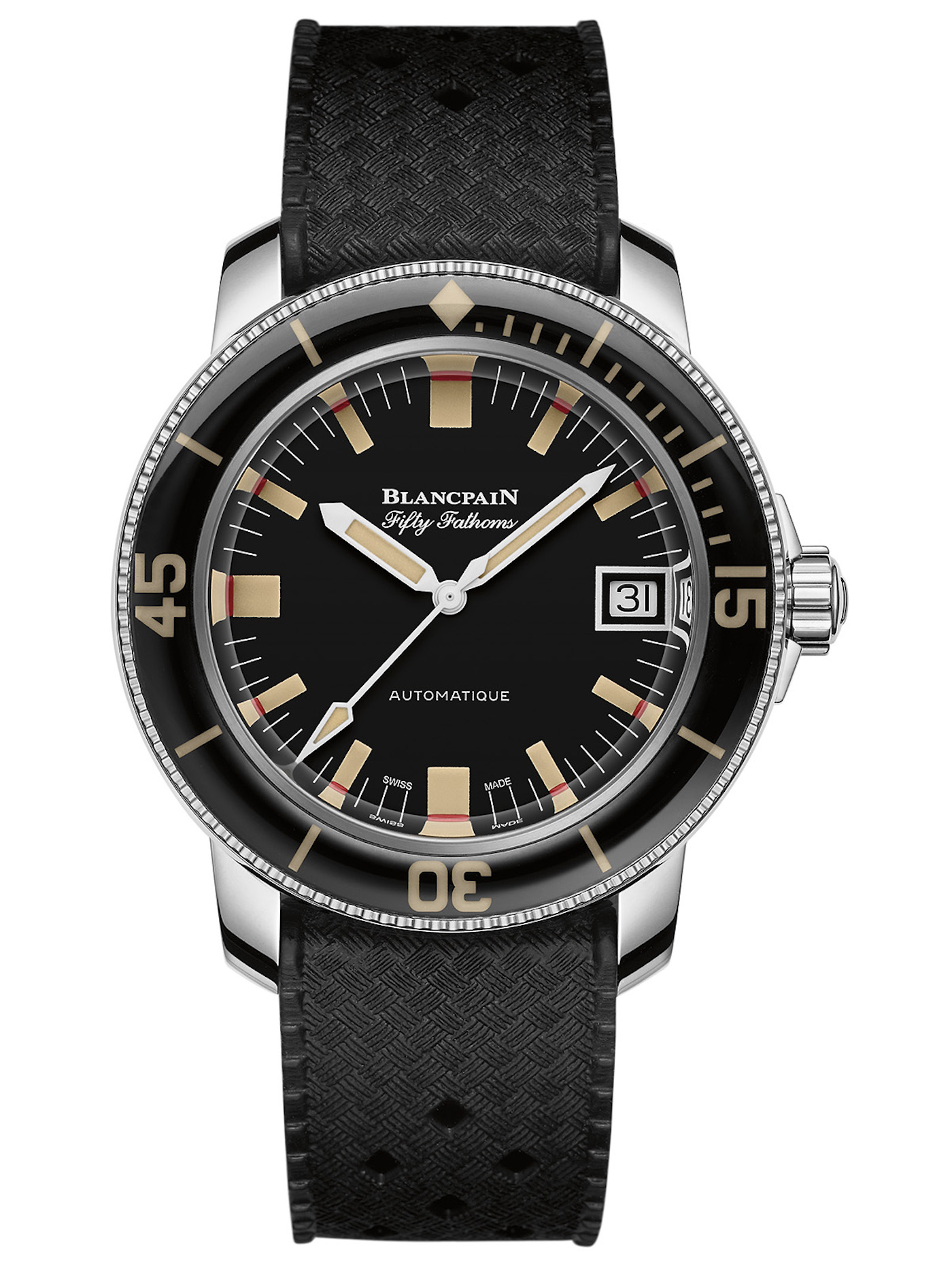 The Barakuda itself was a model used first by the German Navy during the 1960s before it went on general release. The model is recognizable for its beautifully warm radium luminant. Thankfully, the faux-aged lume in the modern version won’t turn you into a radioactive mutant (hooray). The odd two-toning of the hour markers won’t be for everyone, but the red dashes at the base of each lume block do add an interesting contrast. When viewed from certain angles, the curvature of the glass makes it appear as if the dashes are intersecting the markers, but this is not actually the case. 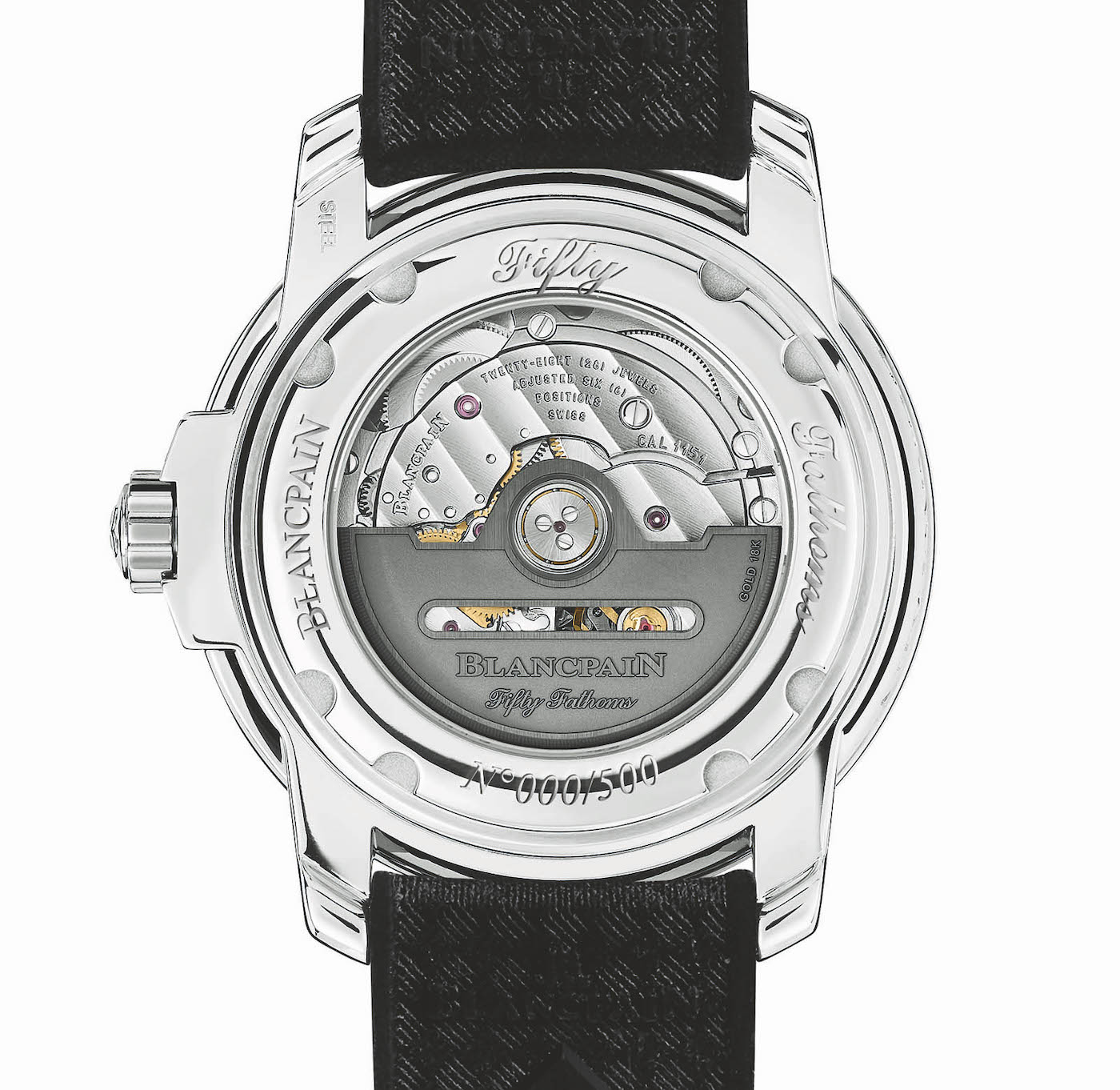 Talking of cases, this new limited edition from Blancpain is, amazingly, smaller than the original (how often do you hear of that happening?). At 40mm-wide, this is a really attractive, wearable reissue that will, at those dimensions, come across as very period-appropriate. The watch has a 300-meter water resistance and is delivered on a rubber strap, as per the original. The update features the more modern sapphire bezel insert, which was first released by the brand in 2003. This is one change that is unequivocally welcomed from an aesthetic and durability perspective.

Inside is an automaticFrederic Piguet caliber 1151, driven by twin barrels that offer a 95-hour power reserve. A sapphire caseback reveals an 18k gold rotor that features the classic cutout seen on many vintage Fifty Fathoms models.

The Blancpain Fifty Fathoms Barakuda will retail for CHF 13,200 (including VAT) and will be limited to 500 pieces (so hurry!). blancpain.com