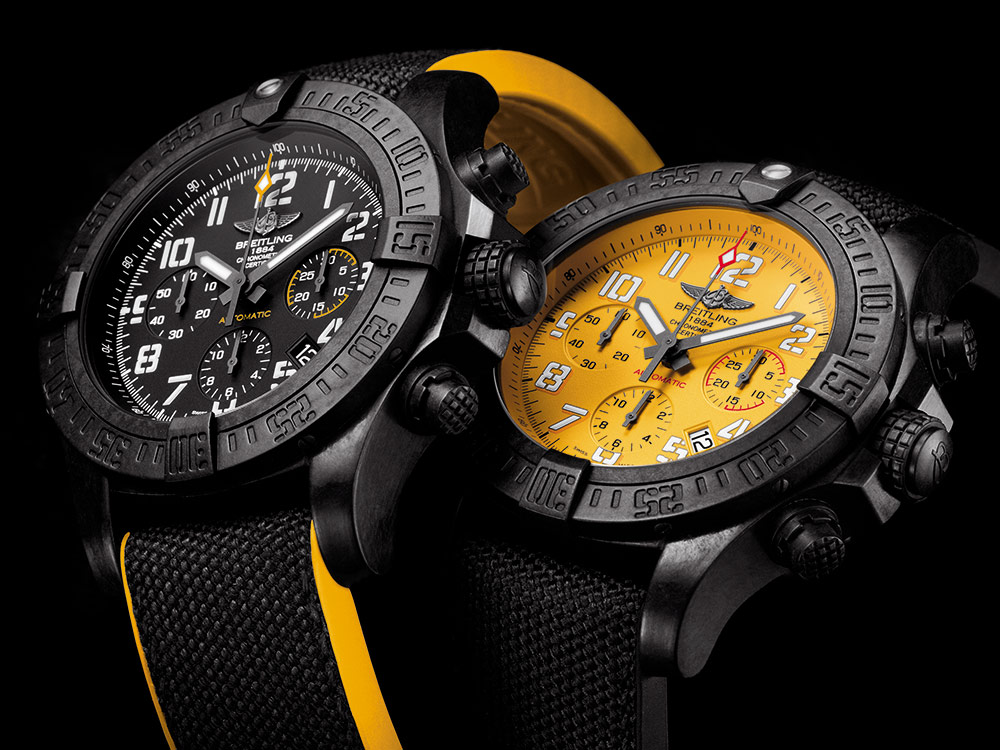 Breitling has elected to downsize one of their largest models, which is something we wish we could say happens more often at the brand. Originally a monstrous, doorjamb-attacking 50mm, the Breitling Avenger Hurricane was made a lot more wearable by the inclusion of Breitling’s proprietary carbon case material which they call “Breitlight.” The new Breitling Avenger Hurricane 45 comes in at a far more approachable 45mm and also tackles one of the Hurricane’s other quirks by having a more standard twelve-hour dial and movement as opposed to the twenty-four-hour “military time” dial of some of the original models. 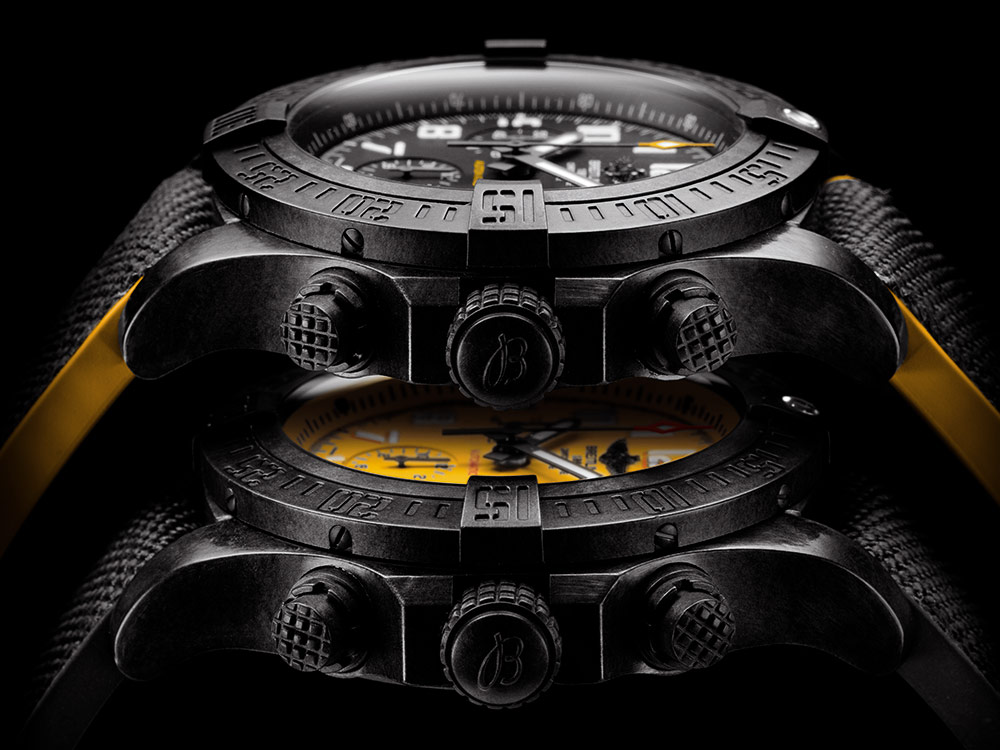 Breitling’s new Avenger Hurricane 45 is, in essence, an Avenger Hurricane for the masses or at least those who can pull off a still very macho 45mm, tactical, statement-piece of a watch. Other than the new version’s almost reasonable size, the Breitling Avenger Hurricane 45 shares many features with its larger predecessor, the Breitling Avenger Hurricane 12H including the Breitling manufacture B01 movement, an anti-reflective (on both sides) sapphire crystal, a screw-down crown, a case back affixed with screws, and a rubber-backed textile strap. The hyper-masculine military-inspired dial with stenciled numerals, available in this new version in black and yellow, remains stylistically unchanged compared to its 50mm predecessor other than having been downsized to fit the smaller case. 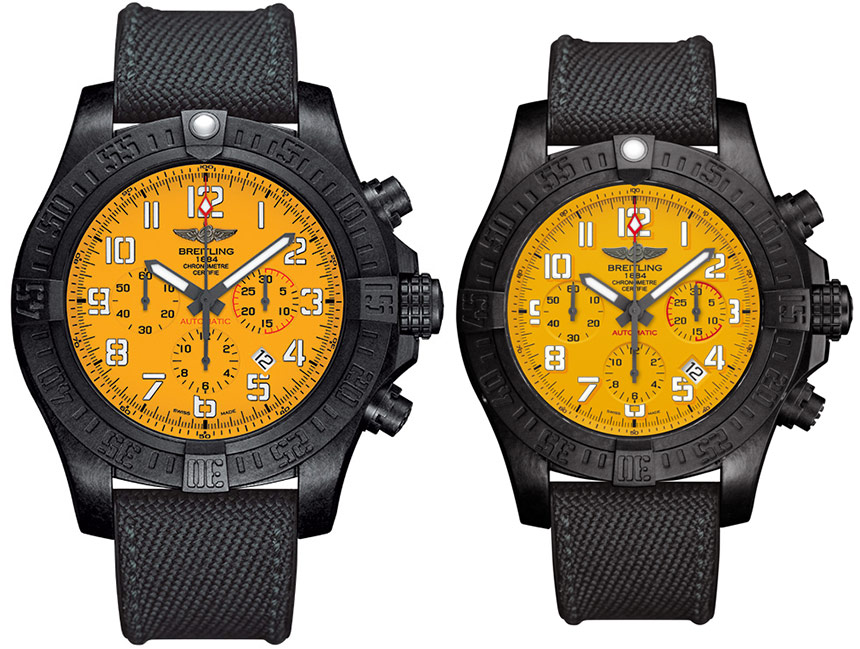 Worthy of special mention wherever present is the B01 movement included in the Avenger Hurricane 45. This 47-jewel, 70-hour power reserve manufacture chronograph caliber is entirely produced at Breitling and features registers for running seconds, 30 minutes, and 12 hours. Beating at a standard 28,800 vibrations per hour (4Hz), the inclusion of a manufacture movement gives the Breitling Avenger Hurricane 45 some points among enthusiasts and reflects a move towards more manufacture caliber-equipped models. 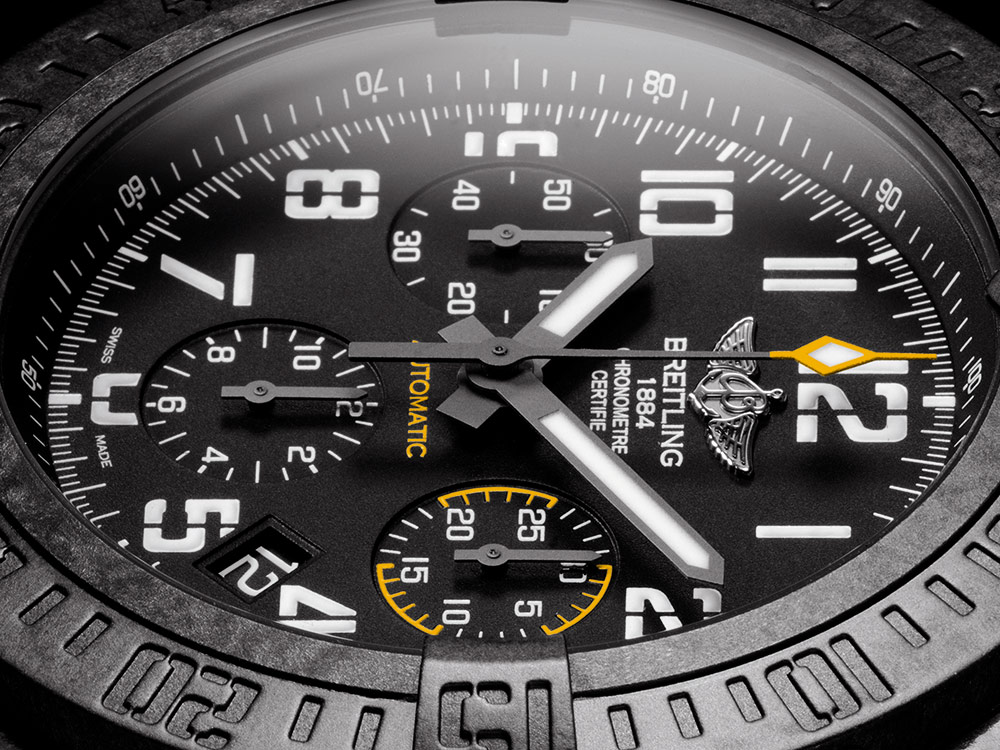 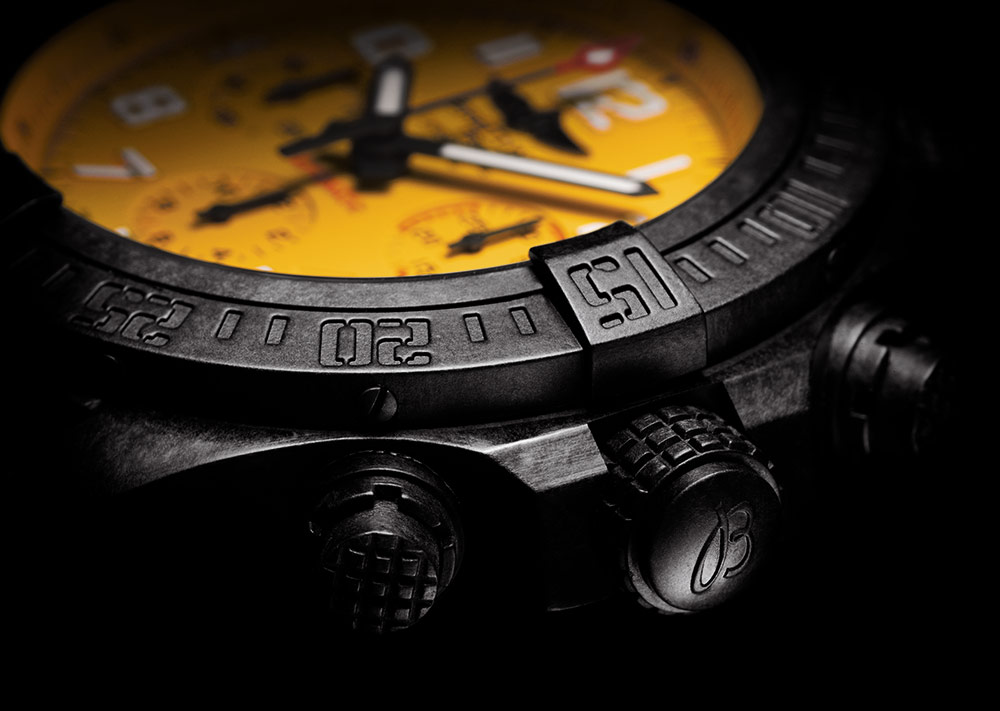 This is actually an intriguing move from Breitling who often insist on making carpal tunnel-inducing wrist-clocks with nary a second thought. A 45mm Breitling Avenger Hurricane watch with a case made of Breitling’s lightweight Breitlight material, if your wrist can pull it off, could be a pretty comfortable setup, especially given the well-executed rubber backed textile strap it comes on. Further making the new version more accessible is the decision to stick with the twelve-hour dial which is a whole lot easier for most to read at a glance. Breitling fans now have more options, and it is easy to imagine that many people who liked the 50mm Avenger Hurricane were simply unable to wear it due to its size. 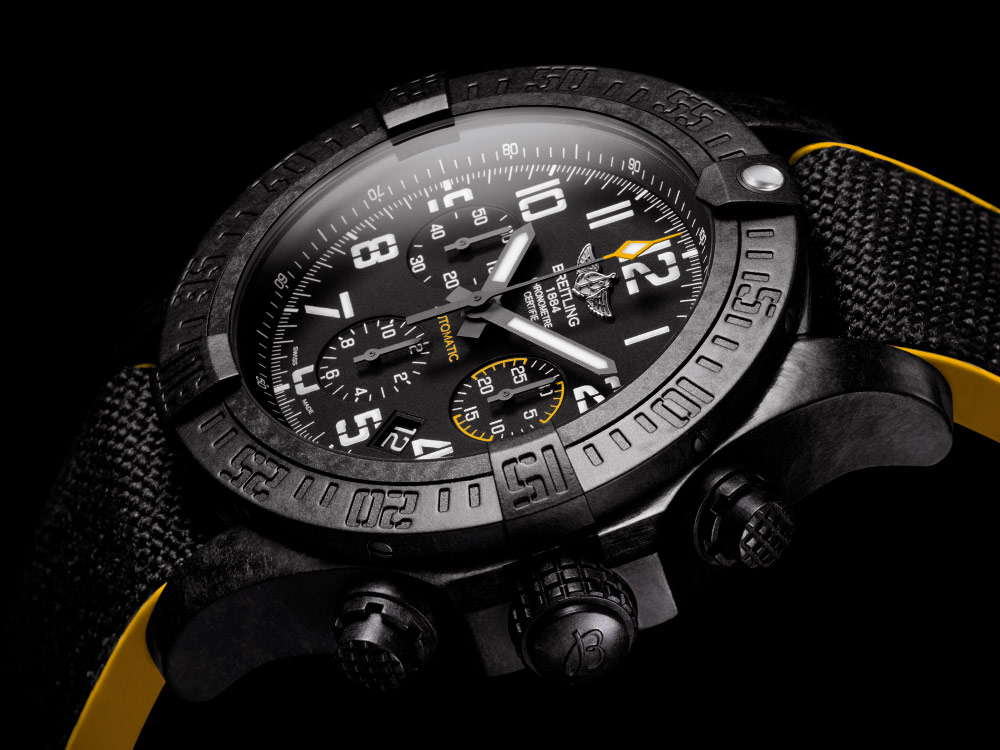 If you want the “real” Avenger Hurricane experience in a 50mm case with a twenty-four-hour dial (hands-on here) to wear while pumping iron in front of your collection of vintage Arnold Schwarzenegger posters, you can still have that. But, as wrists that can accomodate that size must be far less common, the new Breitling Avenger Hurricane 45 makes one of Breitling’s most tactical-looking pieces more accessible to many.

The new Breitling Avenger Hurricane 45 will be available with either a black or yellow dial, will come as standard with a rubber backed textile strap to match, and will retail for $8,390. breitling.com