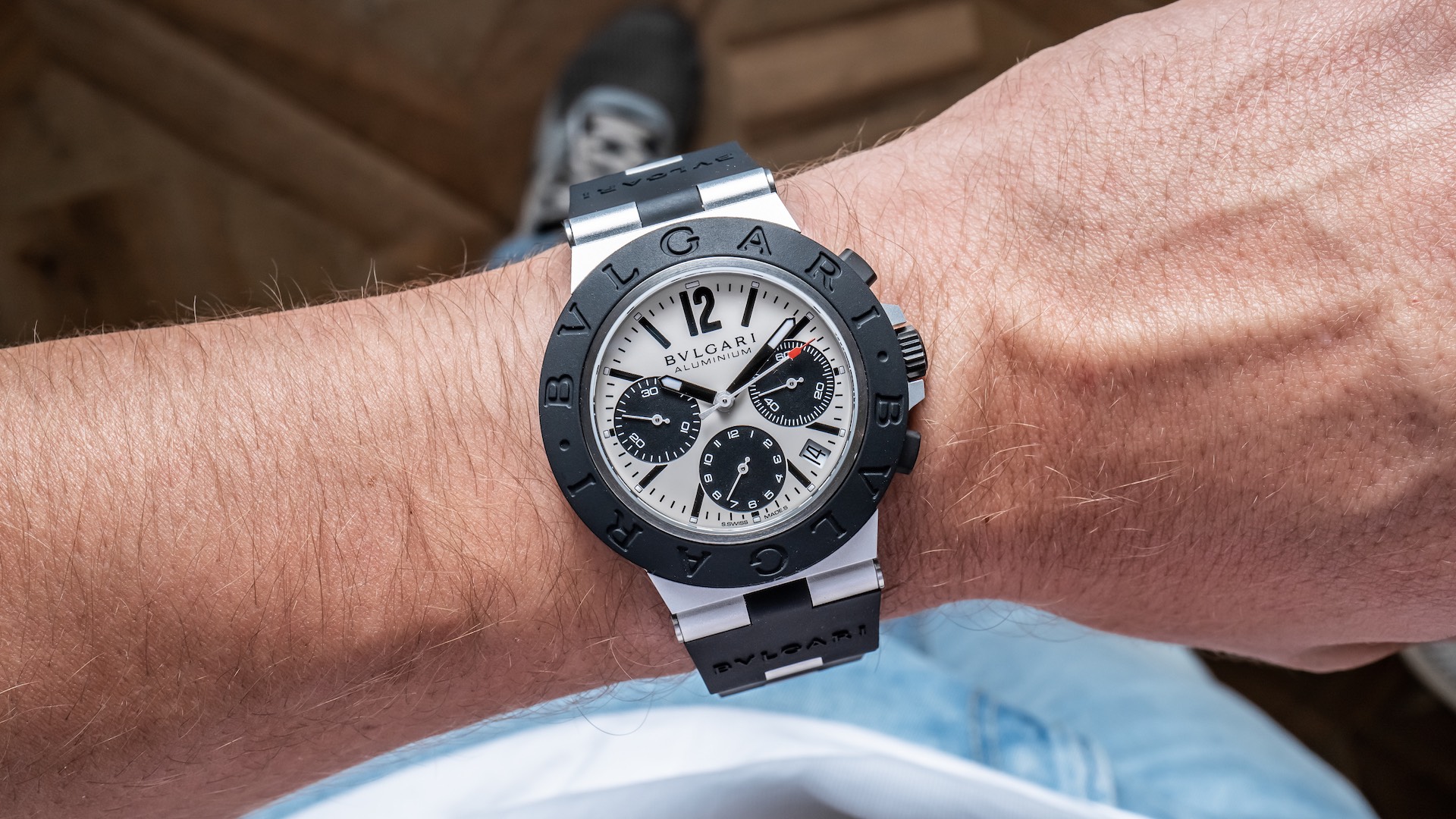 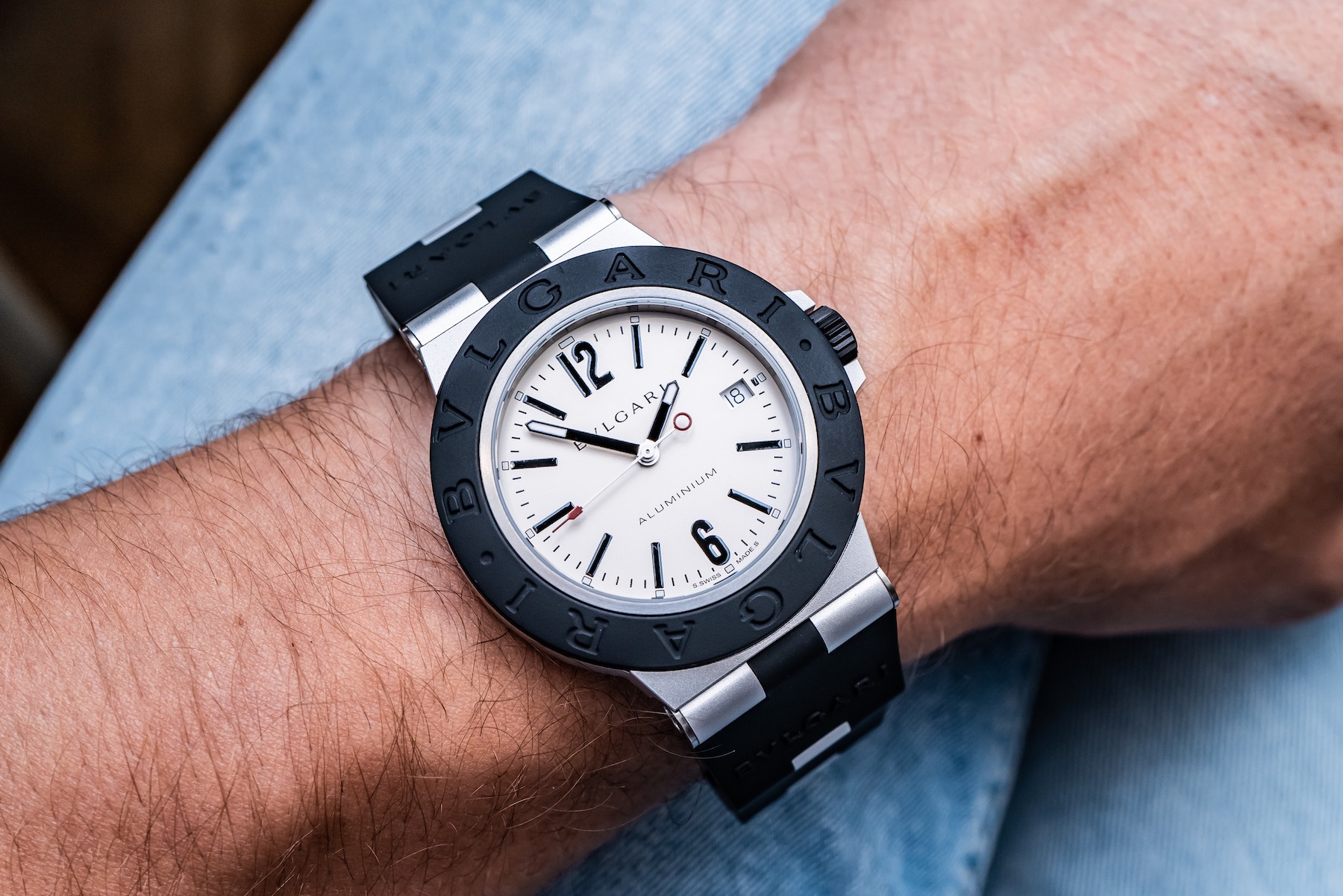 2020 sees the happy return of the Bulgari Diagono Aluminium — as both three-hand automatic and chronograph models. The watches have minor updates and now drop the “Diagono” part of the name, being just the “Bulgari Aluminum” watches (which aBlogtoWatch debuted here recently). For the most part, Bulgari is trying to recapture the essence of these popular more entry-level models, even though the Aluminum watches today start with higher price points than their late 1990s and early 2000s predecessors. That said, the previous Diagono Aluminium watches proved so internationally popular that it was only a matter of time before Bulgari decided they needed to make a comeback. Don’t miss the signature Diagono design element which is the articulating “door hinge-style” lugs.

Indeed, the watches use the British “aluminium” spelling of the metal, which is “aluminum” in most other parts of the world. Why did this Italian/Swiss brand go with the British spelling and also put it right on the dial? Most likely because the historic Diagono Aluminium watches were done that way. Aluminum is an interesting watch case material that was heavily experimented with between the 1980s and the late 1990s — notably by both humble and luxury watch brands. The material can be challenging to work with but it has benefits. 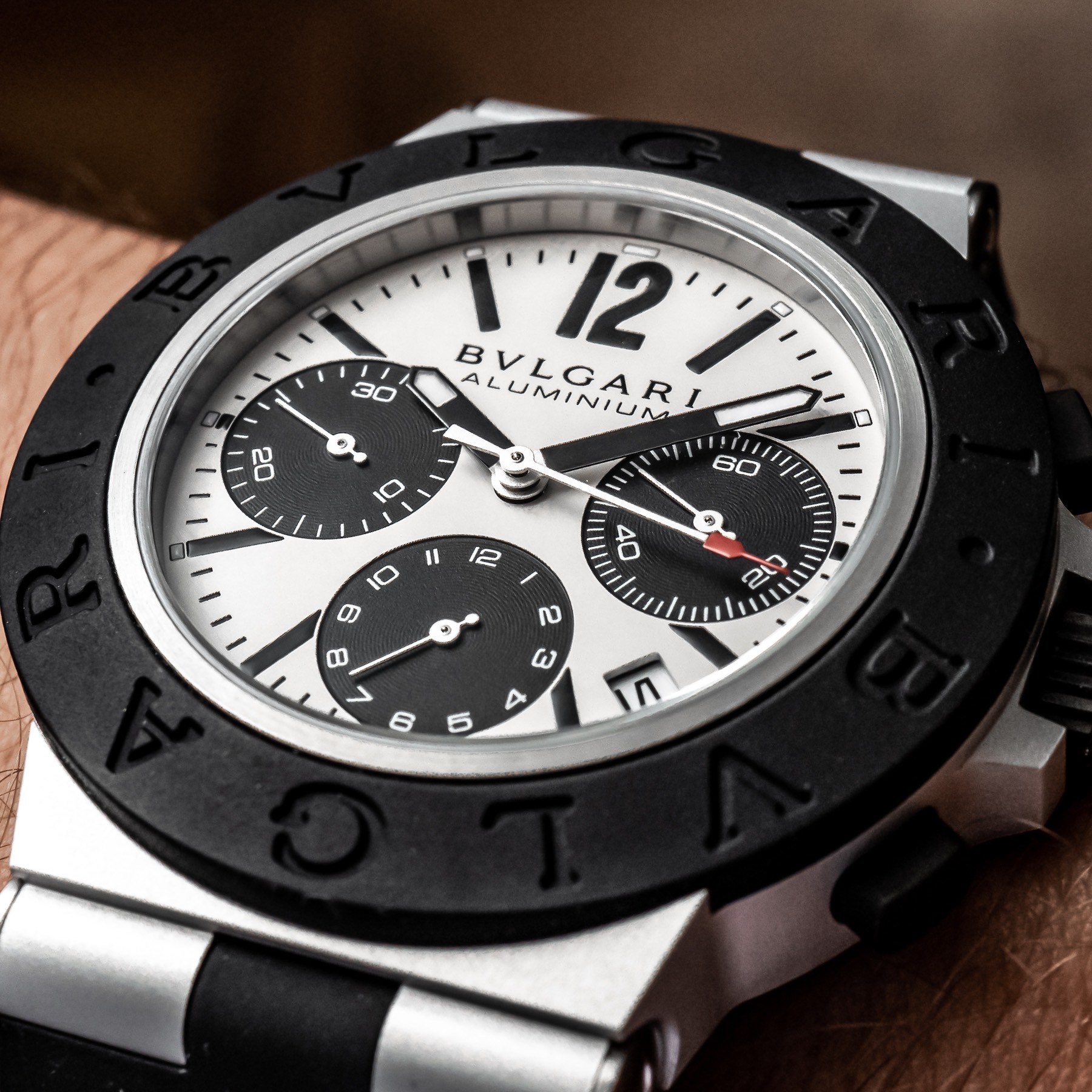 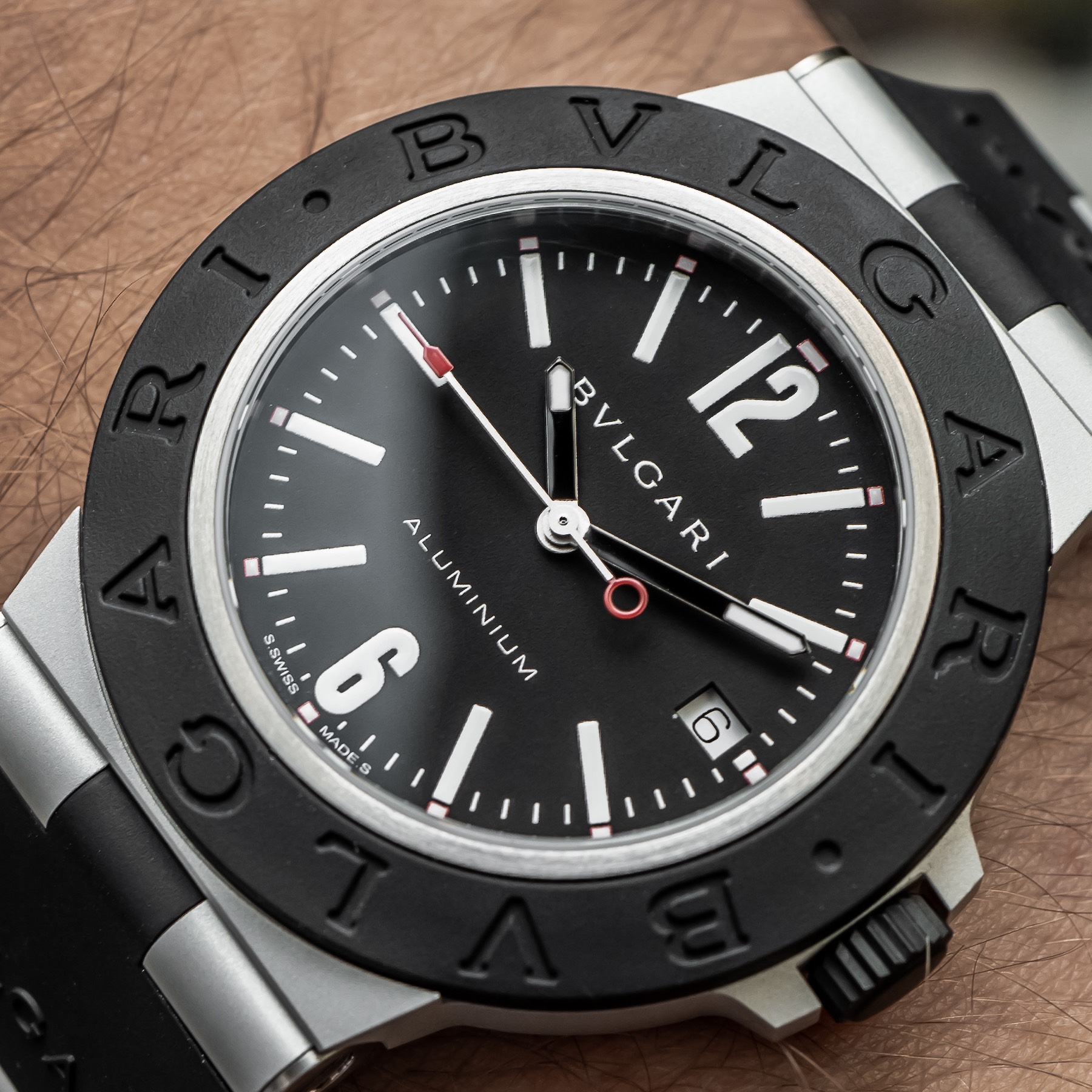 One of the key benefits of aluminum is its ability to be injection-molded (relatively easily) as well as anodized and rendered in a series of colors. Aluminum is also very light — more so even than titanium. Like titanium, aluminum is also relatively soft and prone to scratches. More important is that aluminum can deform more easily and is best used with “bumpers” and other physical design elements that protect it from shock. As such, the Bulgari Aluminium watches feature a protective black-coated “Bulgari Bulgari” bezel and a DLC-coated titanium caseback. Even the first two links on the otherwise rubber bracelet are rubberized aluminum to protect the metal underneath from damage. Aluminum has waned in popularity compared to titanium, but the bright color of matte-finished aluminum is desirable from a design perspective and looks no better than here in the new Bulgari Aluminum watch collection.

Very minor dial design updates mark the 2020 Aluminum models over the classic ones. A honed eye can tell the differences, but for the most part, the updated watches would be able to seamlessly hang out with the classics and not seem to be misplaced. Bulgari very much seemed to want to pick up where it left off some years back when the Diagono Aluminum was last in production. As I said above, for a number of years these watches were incredibly popular, especially with the mainstream public who took very kindly to Bulgari’s particular take on the comfortable daily-wear sports watch. I think what Bulgari did so well was combine a familiar wearing experience and legible dial with a distinctive high-fashion design that didn’t immediately look like anything else on the market. The 2020 Aluminum watches capture this same sentiment and, indeed, still don’t look like anything else in the current luxury wristwatch market. 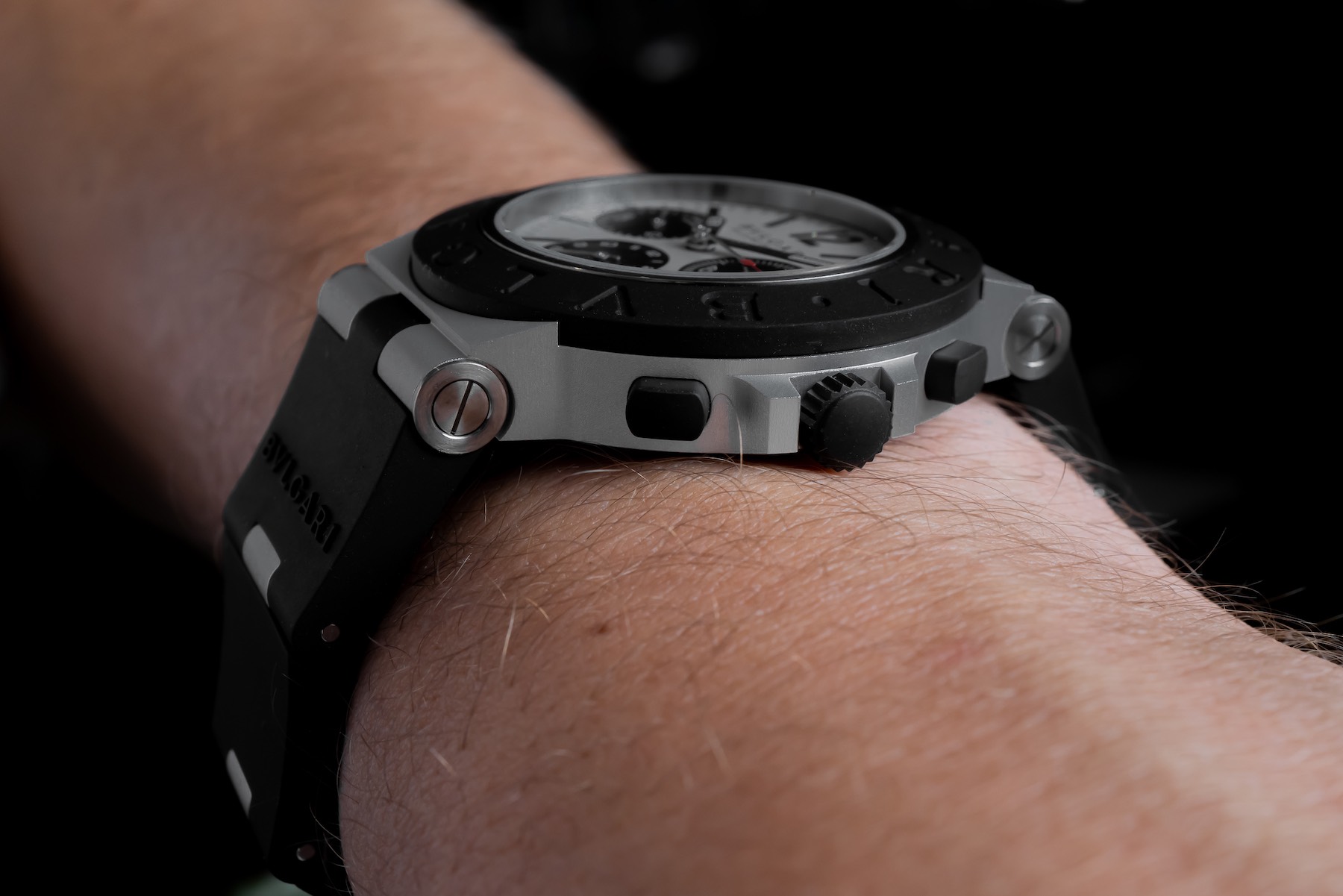 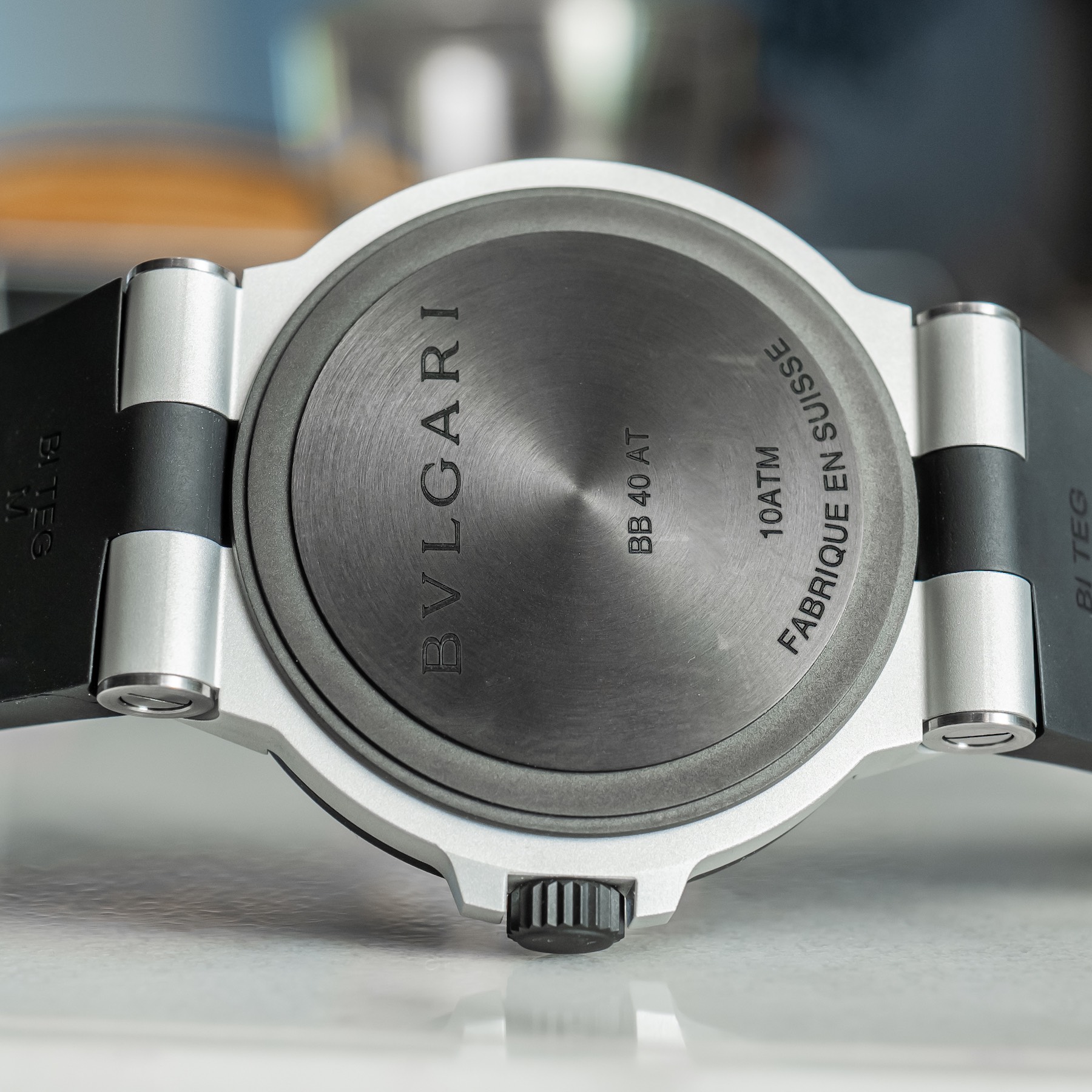 Both the Bulgari Aluminium three-hand and Chronograph models come in a 40mm-wide case, which is water-resistant to 100 meters with an AR-coated sapphire crystal. The two mechanical watches contain a Swiss Made base ETA automatic movement. The three hand’s caliber B77 is a base ETA 2892-A2 automatic, and the Chronograph’s caliber B130 uses an ETA 2894 automatic chronograph. Both operate at 4Hz with about 42 hours of power reserve. What has not returned (and might not return) are the even more affordable quartz movement-based Aluminium watches.

The appeal of the Bulgari Aluminium watches has always been to inject some high street design sensibility into an otherwise causal wearing experience. These watches are meant to be worn with jeans and a t-shirt, or taken to the park. They are supposed to remind you that you enjoy a luxury lifestyle in at least some aspects of your life and help designate your tastes given the extremely iconic and still highly distinctive Bulgari brand DNA of the now simply named “Aluminium” collection. Bulgari has no doubt made efforts to protect the aluminum case material a bit more so here, and it is also true that a lot of vintage Diagono Aluminum watches did age pretty well. The collection also returns the two silver/white and also black dial options. 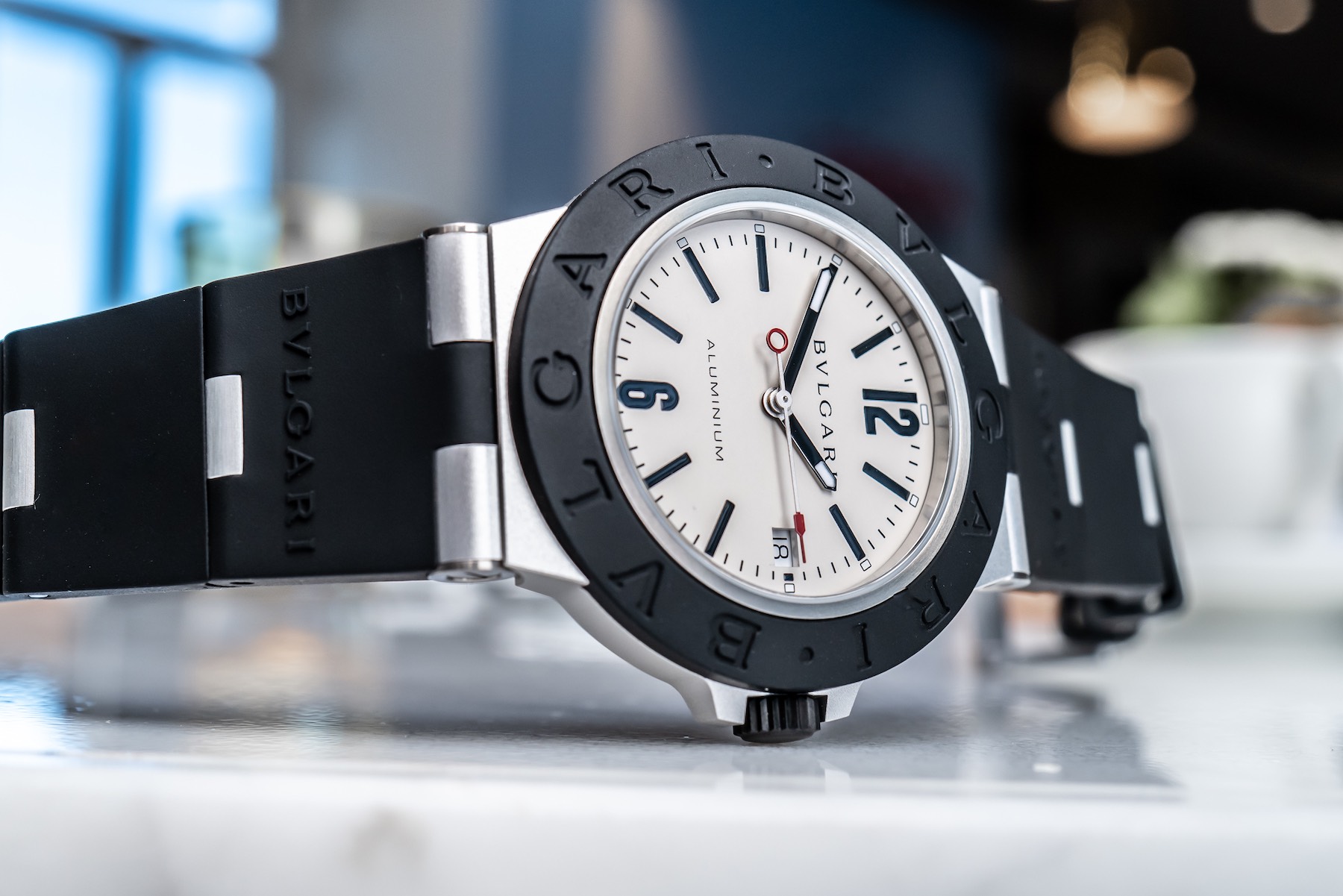