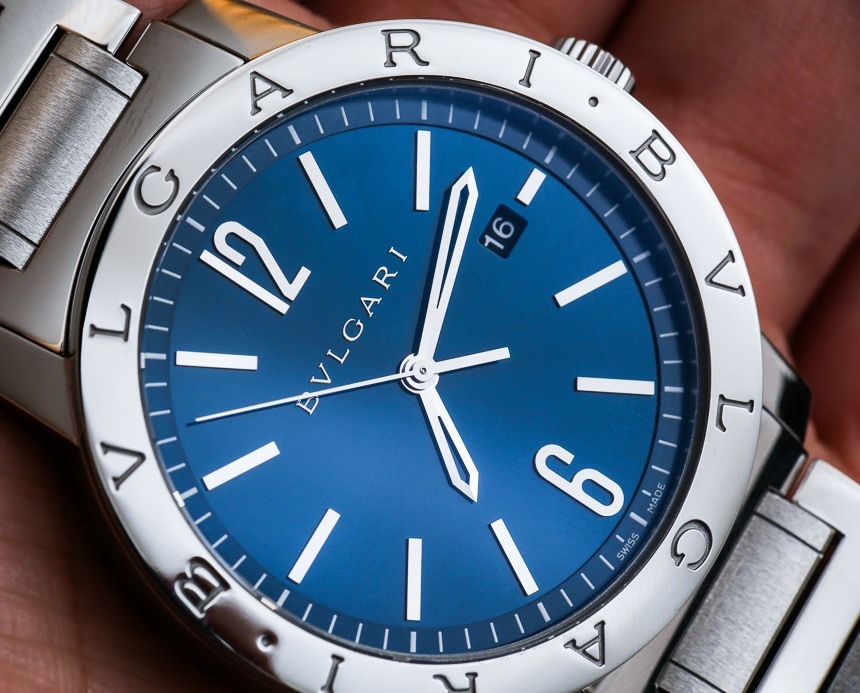 Bulgari finally goes a bit more mainstream with their rare blue dial color that we’ve seen before as part of at least one limited edition model. For 2015, Bulgari will offer two steel watches with this lovely (and very difficult to photograph) new blue dial color. These two watches exist in the Bulgari Bulgari collection (the round case), as well as the Bulgari Octo – each model coming on either a bracelet or strap option. So why all the fuss about blue?

It sounds a bit silly for me as a serious “watch guy” to be focusing on something as seemingly trivial as dial colors – but it is important because style and aesthetics are very important in why we wear what we wear. That is especially the case when it comes to blue-dialed watches. Pretty much everyone likes the idea of a blue-dialed watch on paper, but few people actually own or wear blue-dialed watches on a regular basis. That is because blue is really difficult to get right. Produced without a requisite level of care or detail, the blue will look wrong and not have a high-end feel or simply not look right. 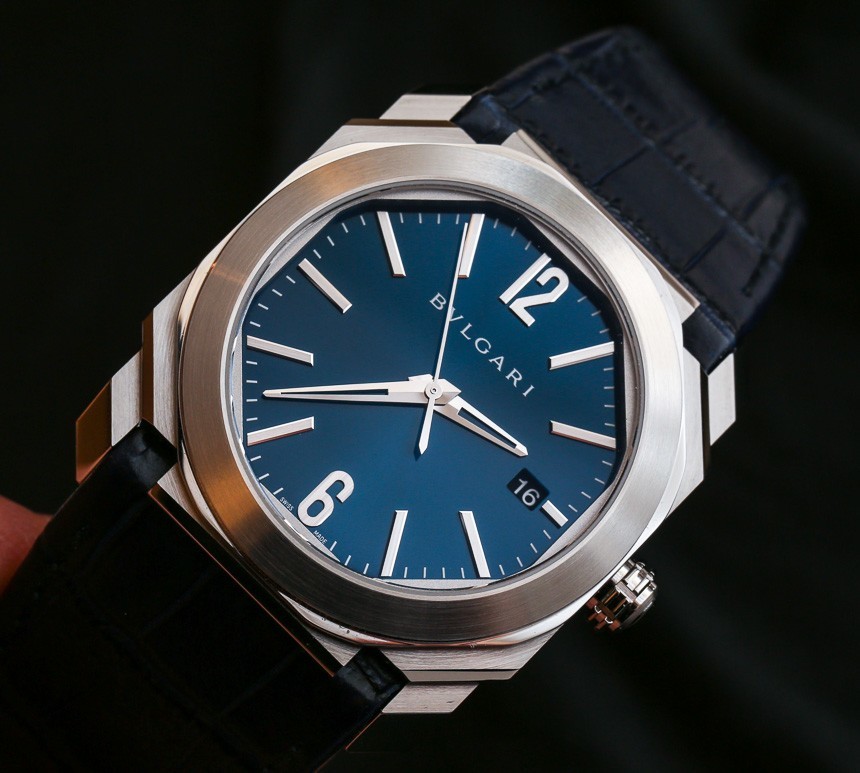 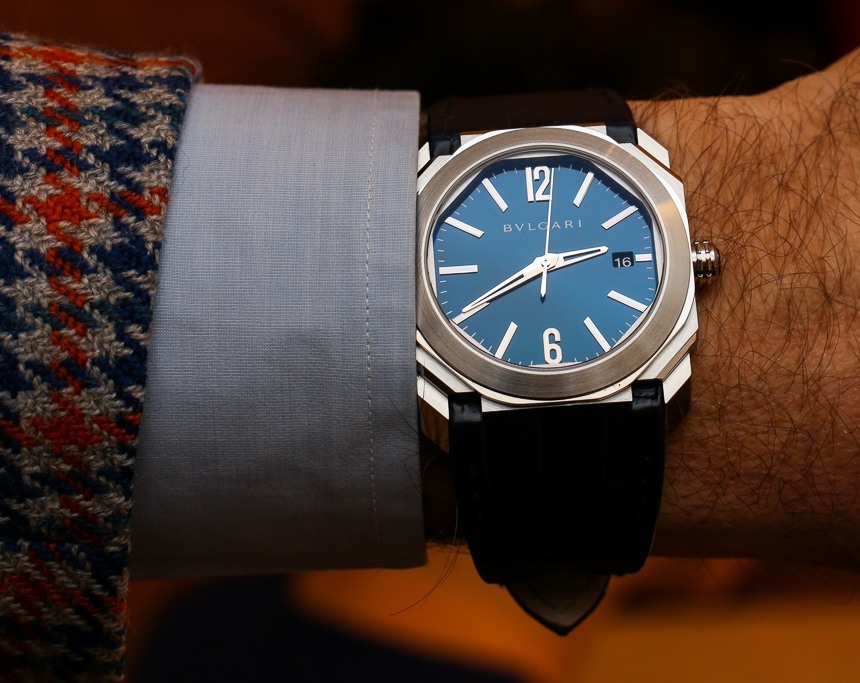 You know what? Even these various Bulgari watches that I got to play with had slightly different dial colors. They were prototypes, but illustrated the fact that minor differences in production can change the blue tones in a way that takes them from beautiful to boring. Layers of PVD application often go into creating the blue tones, and getting them just right is a mixture of the right color, metallic finish, and gloss. Getting the right color blue dial is an art form that combines not only the right eye, but also an understanding of the production techniques. Getting a blue dial too glossy makes them look cheap; without a bit of a metallic finish, they look boring.

Blue watch dials are also very difficult to photograph. This is because of how the light plays with them. In some instances if you didn’t know the dials were blue you could just assume that they were black dials reflecting light in a particular way that makes them look a bit blue. A perfect example can be seen with the Rolex Deepsea Sea-Dweller D-Blue James Cameron watch (hands-on here). On that unique dial, you have blue that goes into a gradient which turns into black. The effect is quite subtle, and it is difficult to pick up in photographs. Even seeing that in person, you aren’t quite sure if the dial is two colors or just playing with the light in an interesting way. Blue watches are a mysterious and tricky vixen. 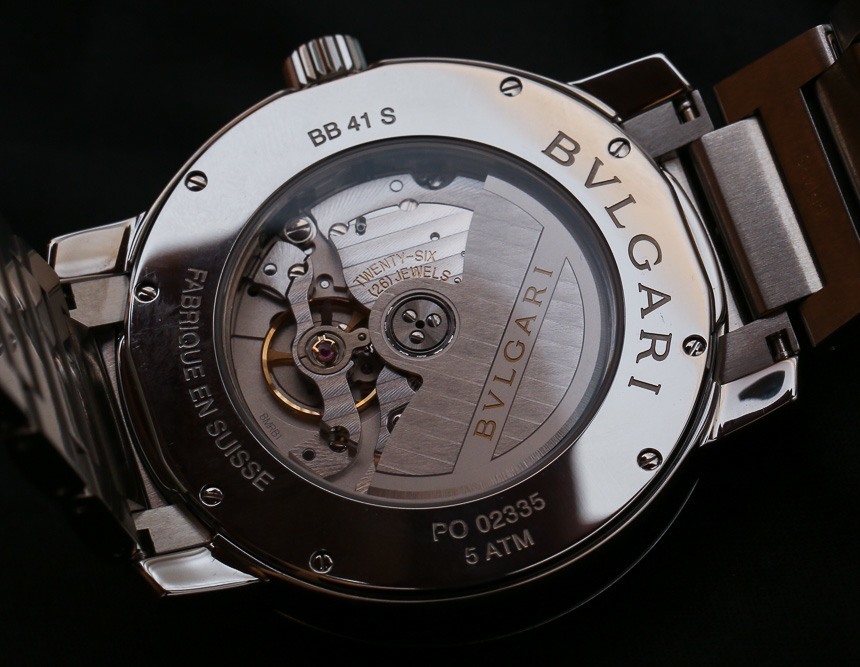 With that said, the new blue color on these 2015 Bulgari watches is very attractive. Both the Bulgari Bulgari and the Bulgari Octo contain the same movement actually – which is the in-house made Bulgari caliber BVL191. This decent-looking automatic has a power reserve of 42 hours and operates at 4Hz. It is a nice element to have in-house movements in these less wildly priced Bulgari timepieces and is part of a larger effort by the brand to increase the cache of their timepieces among make watch aficionados. In my opinion, LVMH-owned Bulgari makes some of the most handsome men’s watches today and should be taken quite seriously along with other prestigious makers. Don’t be confused by the Italian brand’s jewelry division, which is quite separate.

2015 is also the 40th anniversary of the iconic Bulgari Bulgari collection which originated as a design by Gerald Genta. The collection is referred to as such because of the double use of the Bulgari name on the bezel. This Bulgari Bulgari model is in steel and 41mm wide with a slight curve to the case which adds to its extreme comfort on the wrist. The steel case goes very nicely with the blue dial color. The Bulgari Bulgari in blue comes on either the matching steel bracelet or a blue alligator strap. 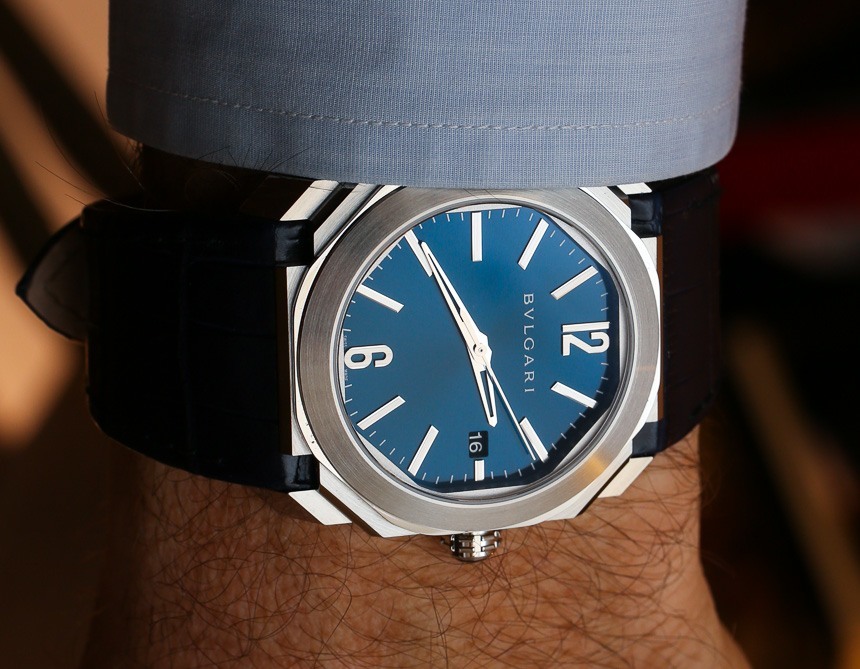 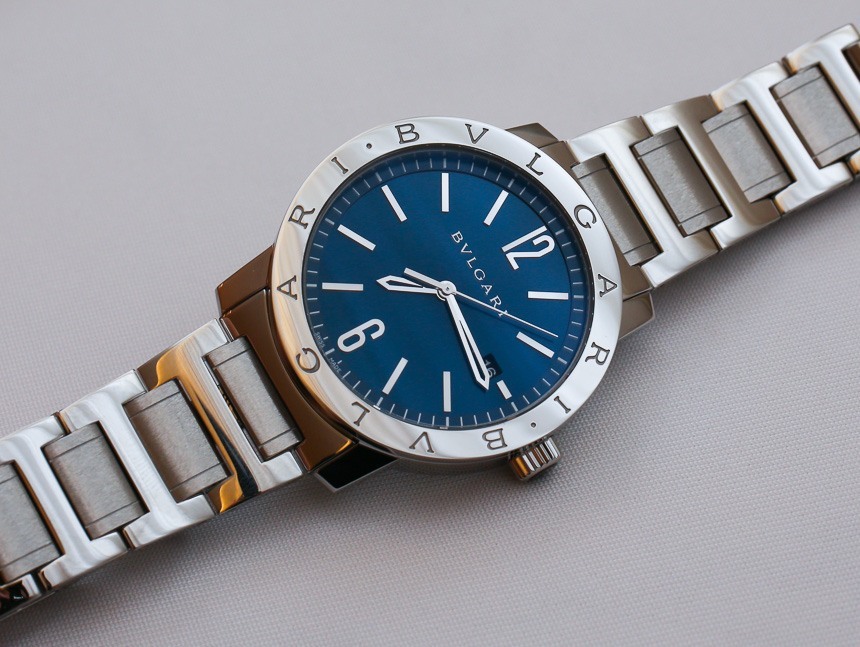