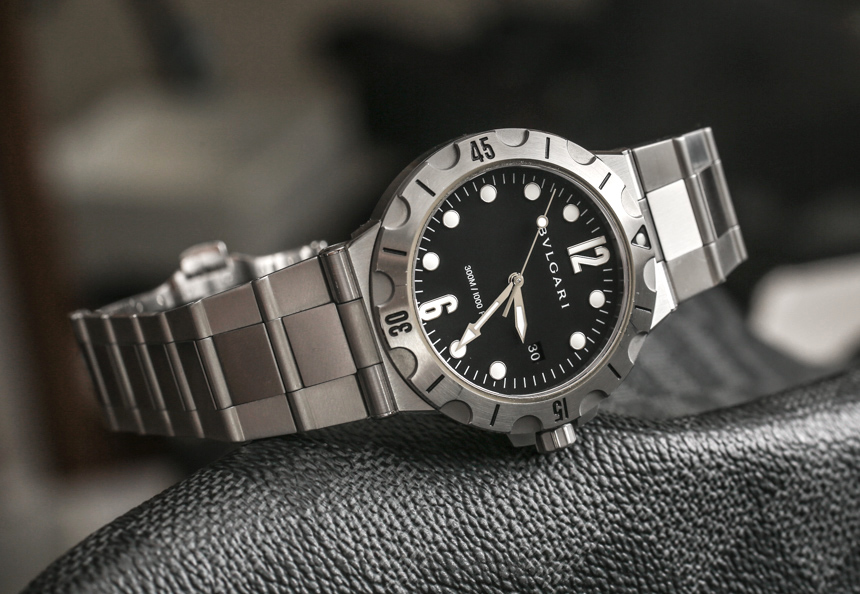 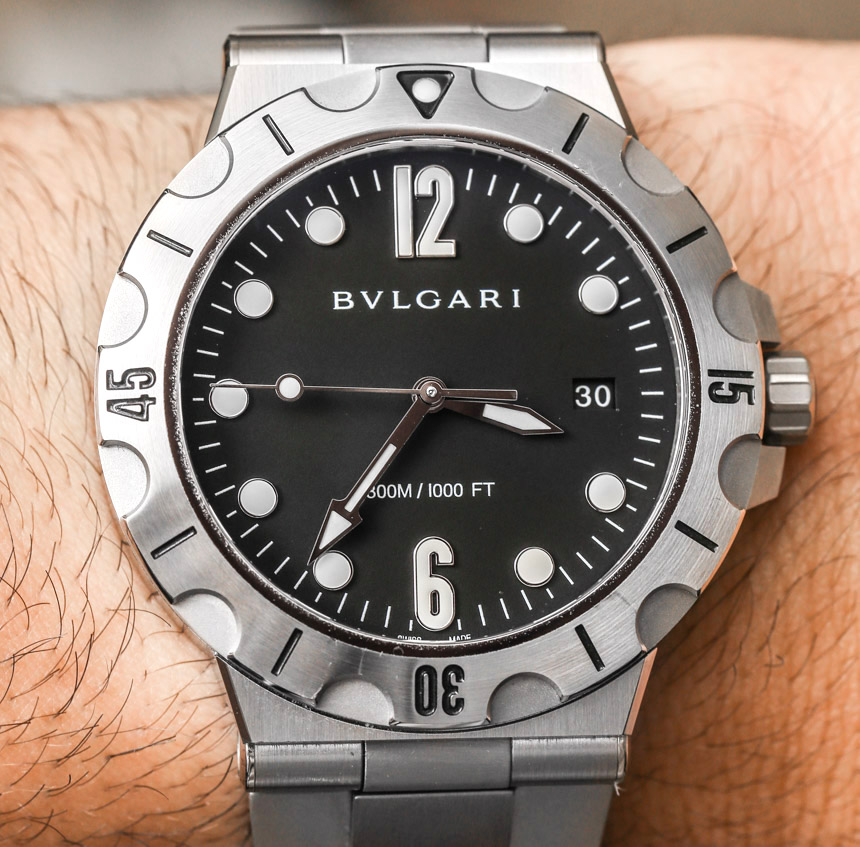 A discreet and classy luxury diving watch should be an absolute requirement for any well-rounded timepiece collection, in my own personal opinion. In fact, I have many diving watches to choose from when deciding what to wear, and I find it interesting to analyze the choices I make. This brings me to our review of the Bulgari Diagono Scuba – which saw a nice refresh and re-lease in 2015. In short, this “designer” high-end diver comes with all the things you’d need in a daily-wear sports watch, along with the style a lot of people want from a luxury item.

Allow me to break apart my previous statement a bit, as I think it is very germane to this discussion. What do I mean by a “daily-wear sports watch” that has a “style?” Let’s consider the “tool watch,” which despite being difficult to define can probably be summed up as a durable and legible timepiece whose main design elements focus on function rather than fashion. Tool watches are valued because they are like tools, meaning their primary value is in utility, and everything else comes second. 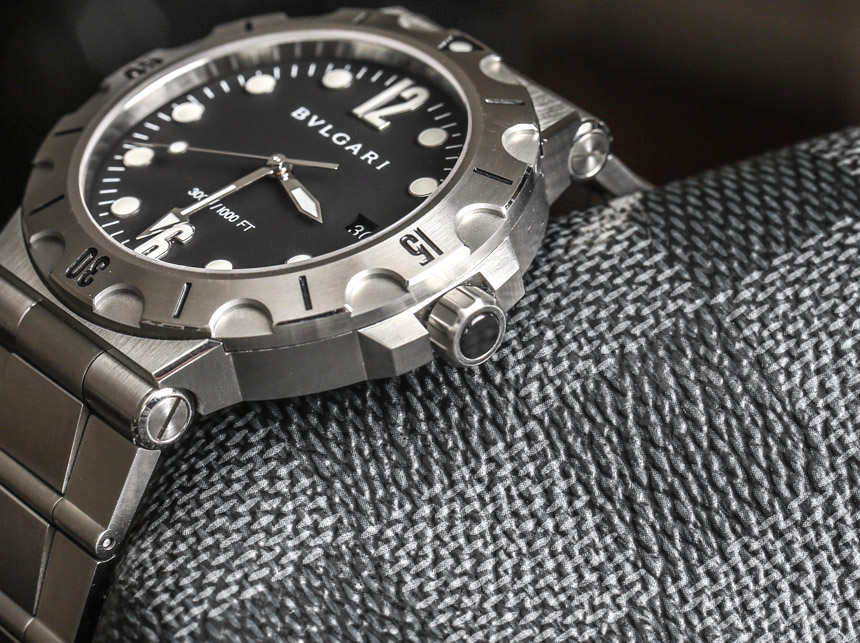 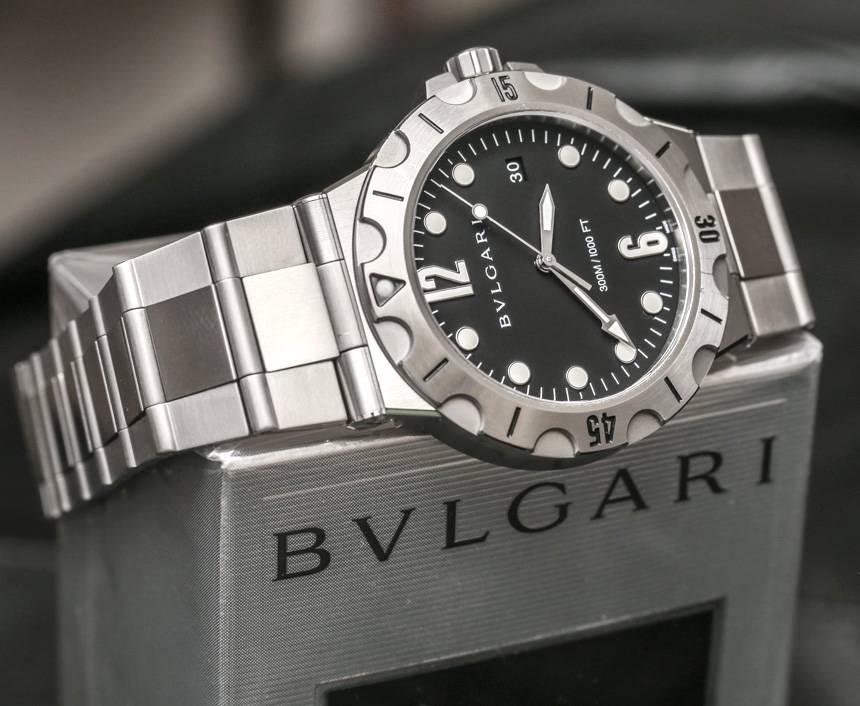 Many of the most popular dive watches around are arguably tool watches, and enthusiasts often like to joke about glitzy high-end dive watches which shave off function in favor of form. It is actually a tediously difficult task to create a novel-looking dive watch that stays true to the “tool watch” spirit which makes this segment so endearing. Why all the huff about making a watch novel-looking and attractive? Well, most people are OK with a $300 watch looking basic, but when spending a few thousand bucks (or more) the status-building element of a timepiece becomes increasingly important. 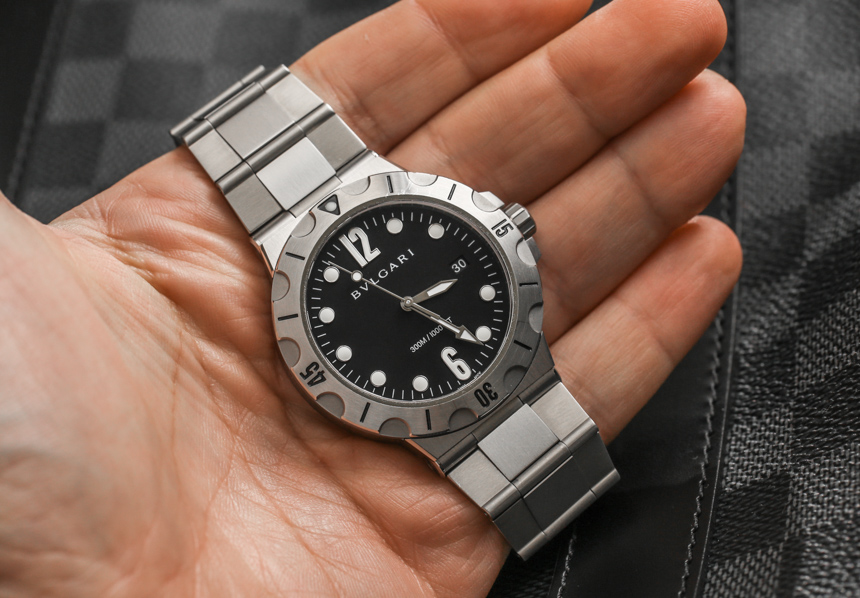 The 800-pound gorilla in the high-end dive watch room is the Rolex Submariner. With a retail price nearing $9,000, this lovely yet expensive watch absolutely defines what so many people want in a luxury diver, and yet the Submariner also defines sheer design conservatism in the segment. The best alternatives to the Rolex Submariner are those timepieces which match the Submariner’s legendary utility, but also add something in terms of design and flavor. This is hard to do. Despite the enormous number of luxury dive watches out there, you’ll find that only a few have truly become timeless in their design and appeal. 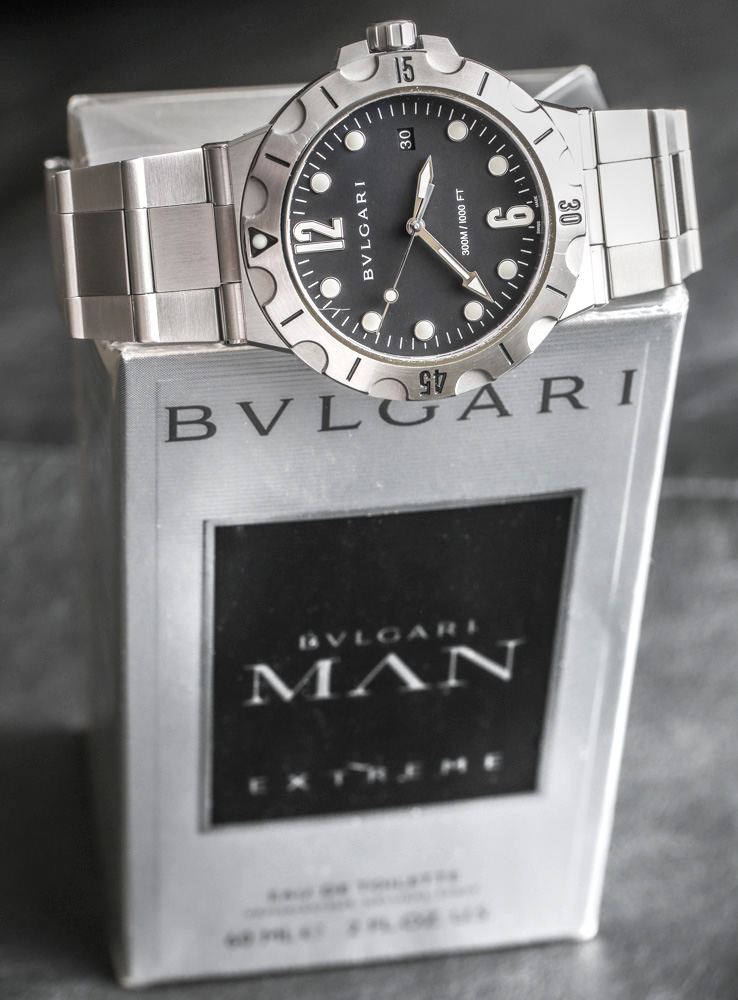 Bulgari’s Diagono collection is their “architected” everyday watch that has found appeal on wrists all over the world. Not terribly expensive, all things considered, as well as legible, the Diagono for many people is the right amount of “design” with the right amount of “horology.” When Bulgari initially came out with the Bulgari Diagono Scuba, it was the logical dive watch addition to the Diagono family. 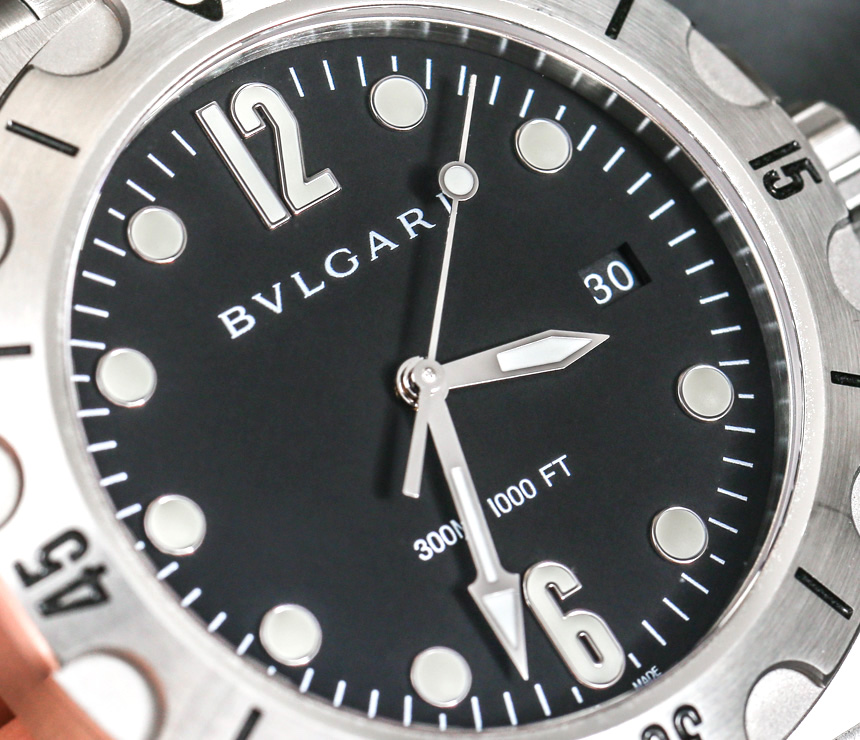 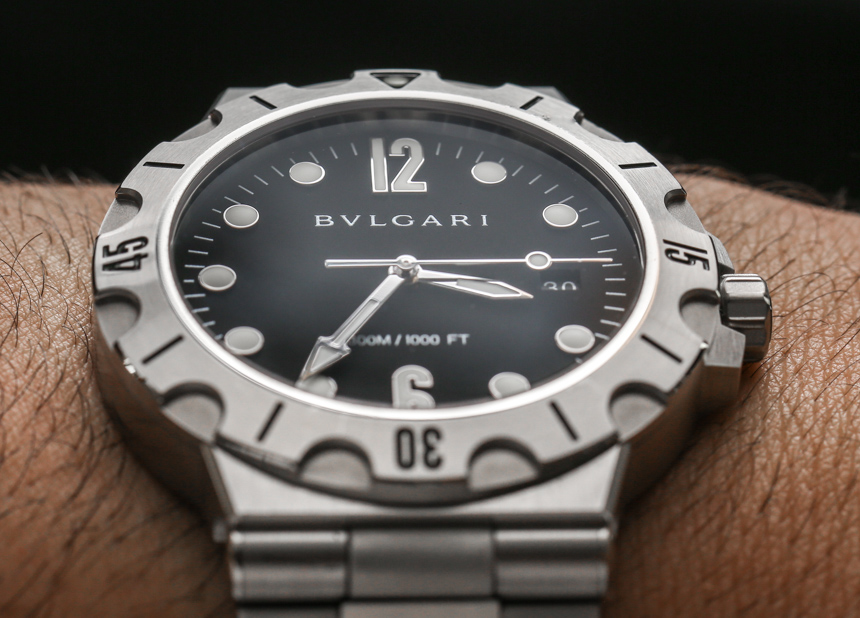 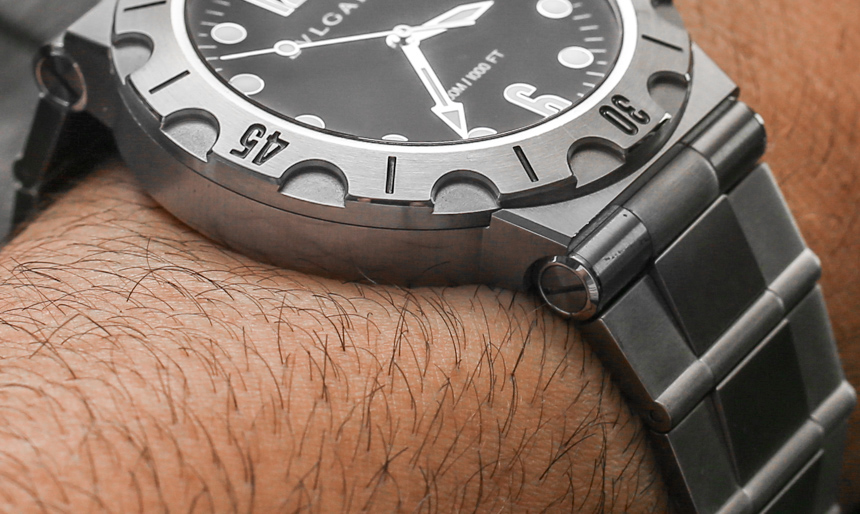 I also want to add that the newest generation of Bulgari Diagono Scuba models have 300 meters versus 200 meters of water resistance. This makes them “professional” and on par with the Submariner that also offers 300 meters of water resistance. What I love about the Bulgari Diagono Scuba first and foremost is the relative thinness of the case which is about 11mm thick. That is about the same as the Rolex Submariner and makes the Bulgari Diagono Scuba very comfortable to wear all the time. The case is now 41mm wide and offered in steel, two-tone 18k pink gold and steel, as well as solid 18k pink gold. With that said, this reference DP41BSSSD steel version with the black dial is the most universally appealing model, in my opinion, and combines Bulgari’s sense of Italian design elegance with a purist approach to an instrument watch. 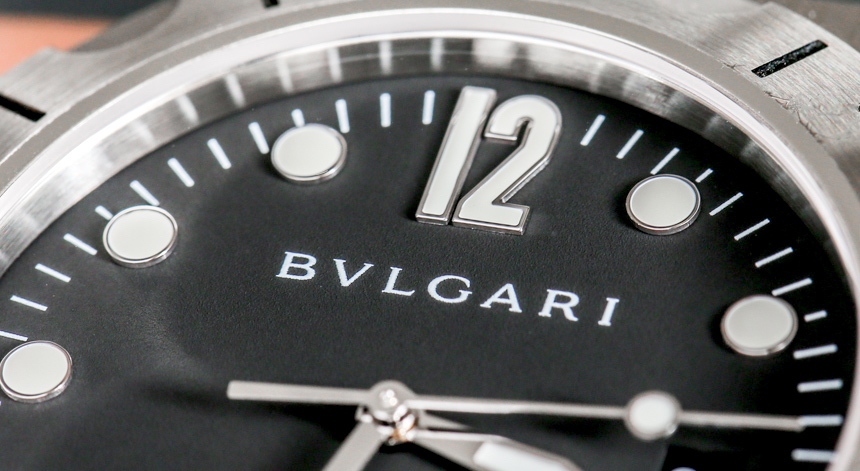 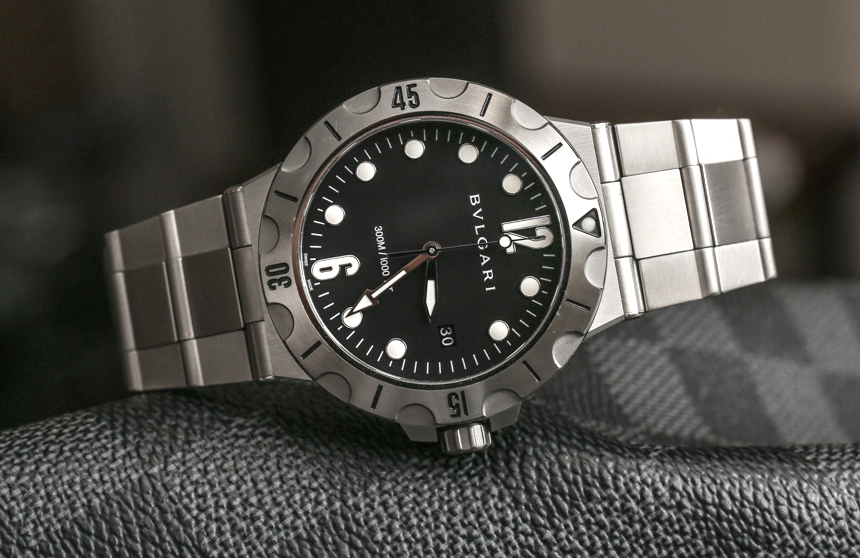 Bulgari really toned down the dial text to include only the brand name and water resistance information. Watch collectors tend to get very picky over the text on watch dials – which more often than not is more than necessary. Compare this new generation Bulgari Diagono Scuba with older modes and you’ll see a lot less text. Fitting with Italian style, the dial isn’t purely utilitarian, but is about as Bauhaus as any Italian-designed object can get. Legibility benefits from the fact that the hour and minute hands are different shapes, and the Arabic numeral 12 and 6 o’clock hour markers help orient the dial nicely. A date indicator window is positioned at 3 o’clock in a way that is useful but doesn’t force the window to stand out unduly. The otherwise round-shaped hour markers are lined with a subtle but purposeful track of thin baton markers for the minutes.