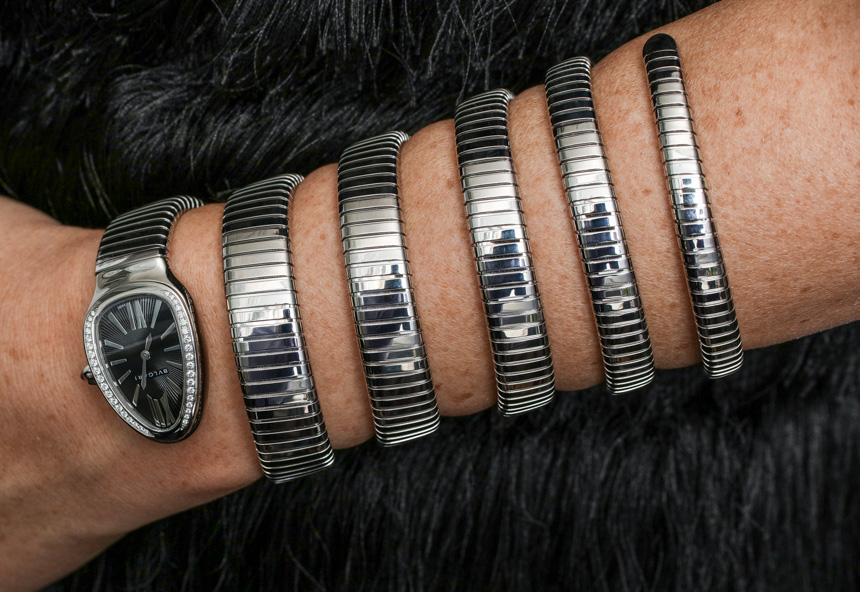 The Bulgari serpent is what the panther is to Cartier: an iconic symbol of the brand. These predatory members of the animal kingdom serve not only as fascinating design elements, but signify the heritage of these brands as jewelers first, and lend a special authenticity to their jewelry watch lines. Bulgari started using the serpent motif in the 1940s and it has since grown to become a hallmark of the brand. The new Bulgari Serpenti High Jewelry Secret watches and wrap-around Bulgari Tubogas timepieces marry the brand’s watch and jewelry capabilities. 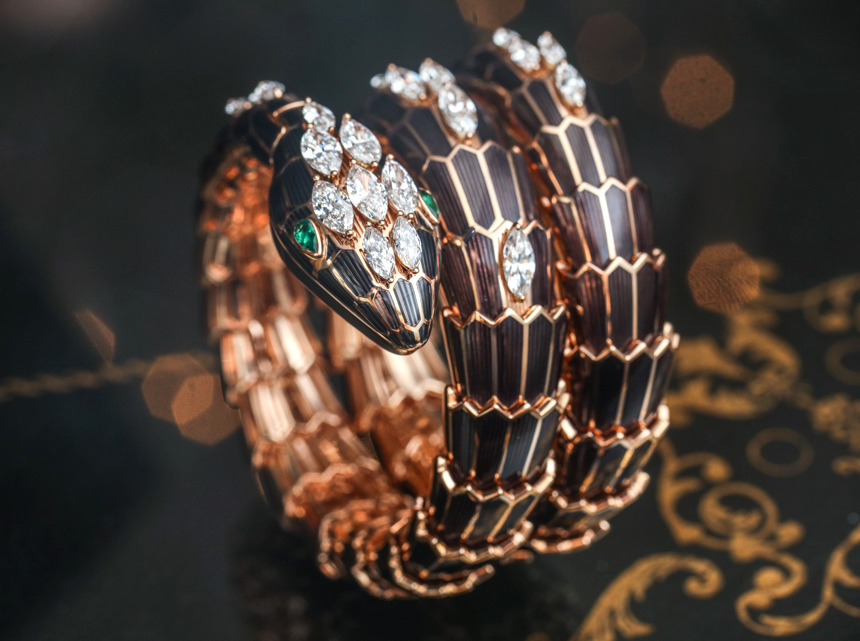 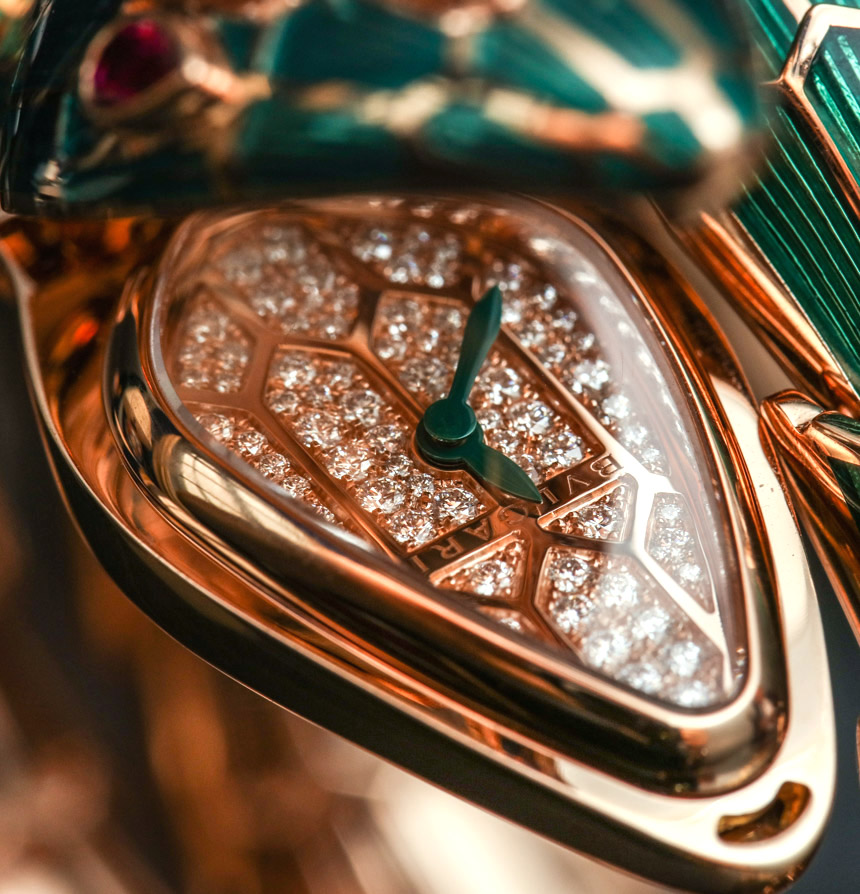 The Serpenti Jewelry Secret watches are crafted like fine jewelry, with a level of quality and creativity that is a direct reflection of Bulgari’s roots – it was founded in 1884 as a jewelry company. In particular, Bulgari is known as maker of a specific kind of high jewelry: colorful, glamorous and big, the kind of jewelry that commands attention from across the room. It is exactly what today’s timepieces are intended to do, since we really no longer need them to tell time. 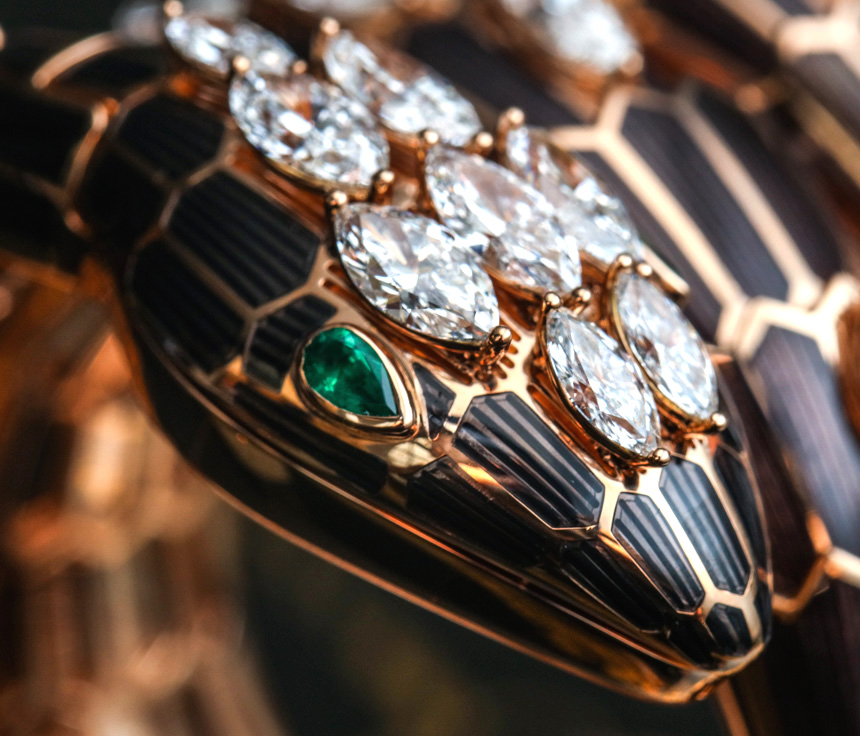 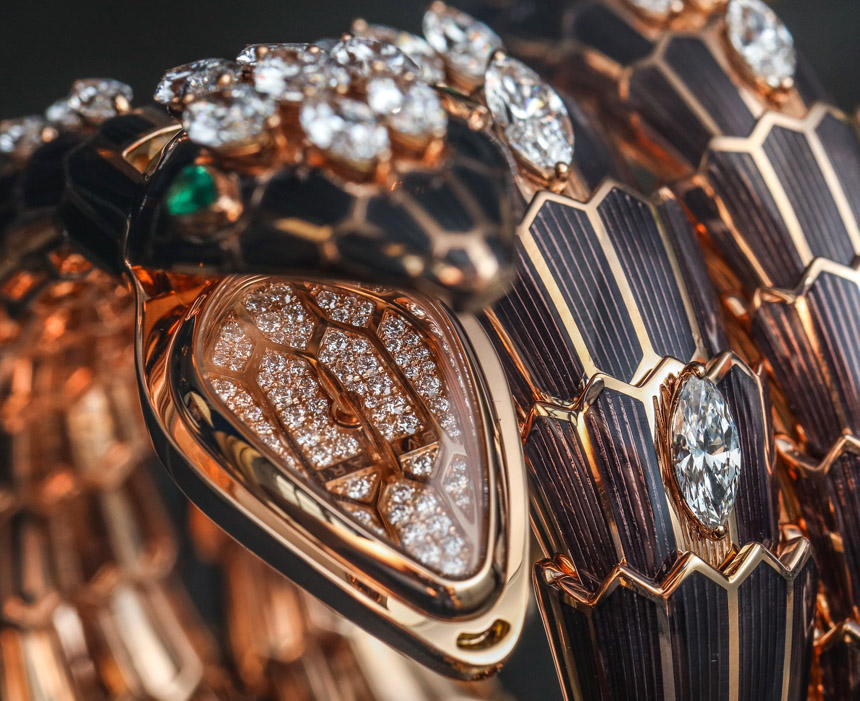 The new Serpenti Secret watches are both bold and “scaled” down. The links on the bracelet are shaped and colored to resemble the scales of a serpent; they are coated with green lacquer to mimic snakeskin. The look is slightly edgy and very glamorous, like the best fine jewelry. The construction of these pieces is complex, with links individually crafted, finished by hand and connected by hidden hinges, culminating brilliantly in a hinged jaw that opens to reveal the watch. The links are set with marquis diamonds, and the dial is paved with round brilliant diamonds. A pair of rubies represent the eyes. There are several variations, including pieces with red, orange, turquoise, and other lacquer colors. There are also versions set with different gemstones, including emeralds, rubies, and amethyst. 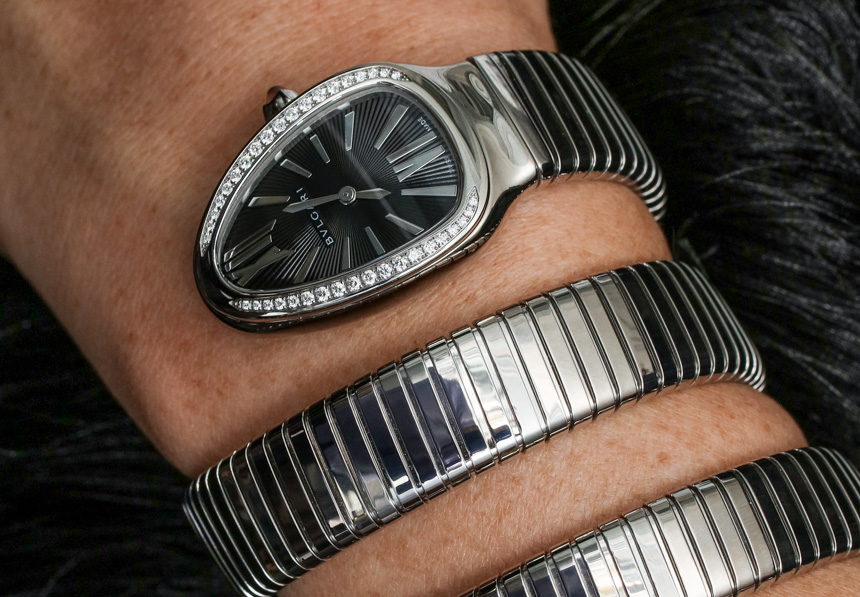 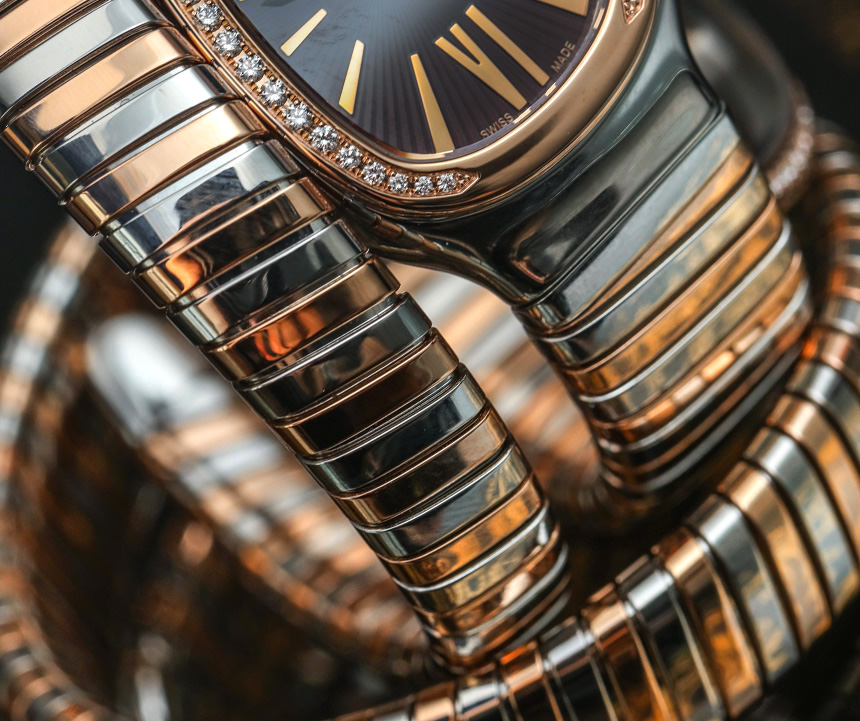 The Tubogas is a collection of Serpenti watches, a style that Bulgari has been making in various versions for decades. The tubogas technique was developed during the second half of the nineteenth century and used by Bulgari on the first Serpenti watch creations of the 1940s and 1950s. The term “tubogas” is derived from the distinctive shape of the gas carrier pipes used in the 1920s. 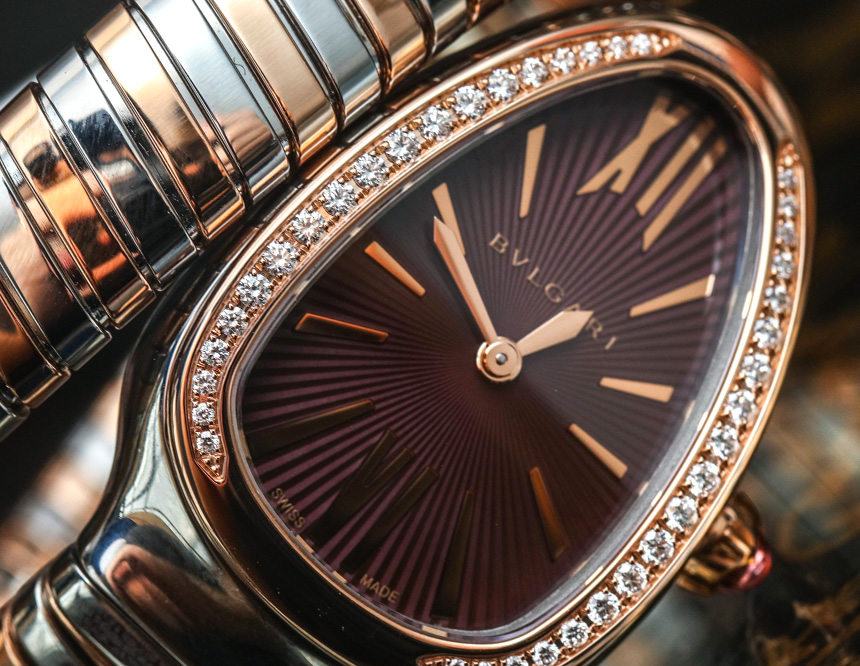 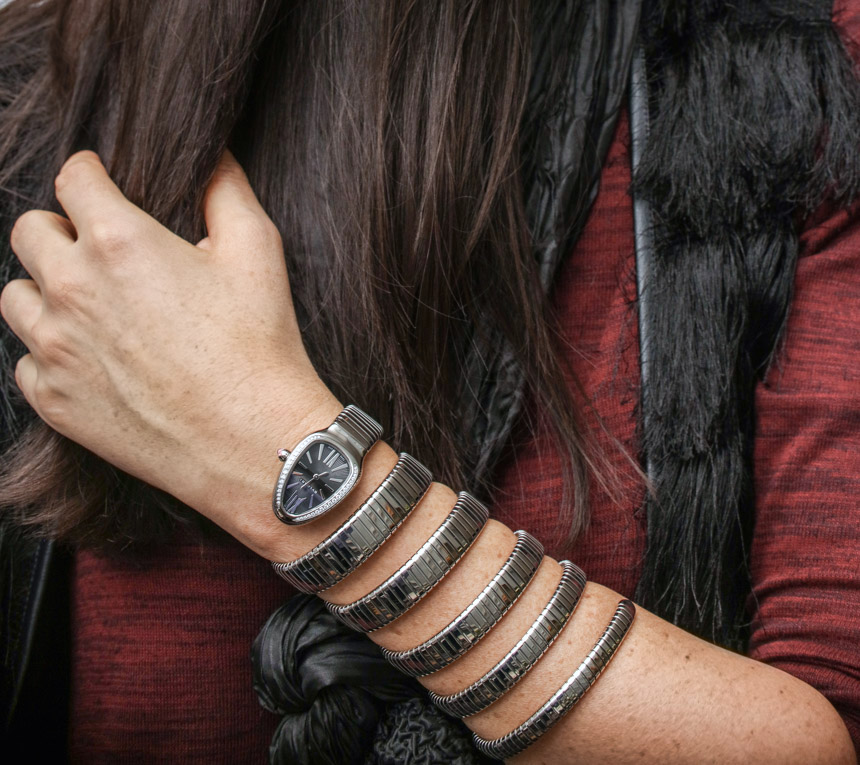 Essentially, it is a flexible band with rounded contours that is produced without soldering. It involves wrapping two long gold (or steel) strips with raised edges around a copper or wood core in such a way that the edges then firmly interlock to form a continuous non-soldered piece; the core is then removed or dissolved in acid. The result is a bracelet that coils around the wrist, keeping its shape, while remaining flexible. The latest model wraps around the wrist six times. 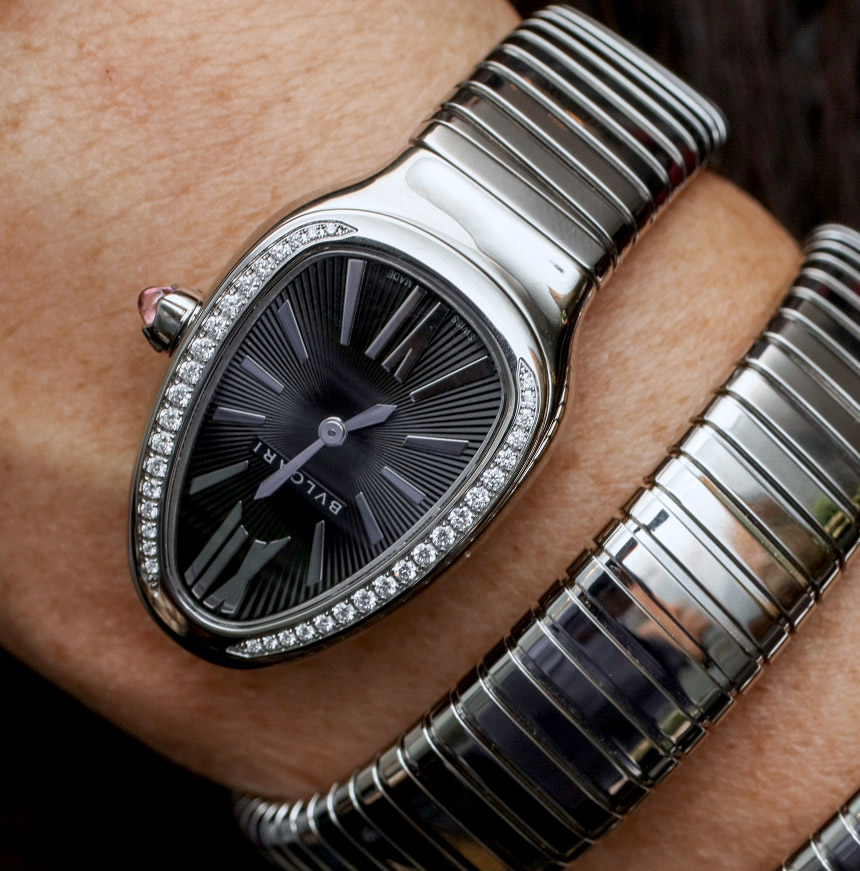 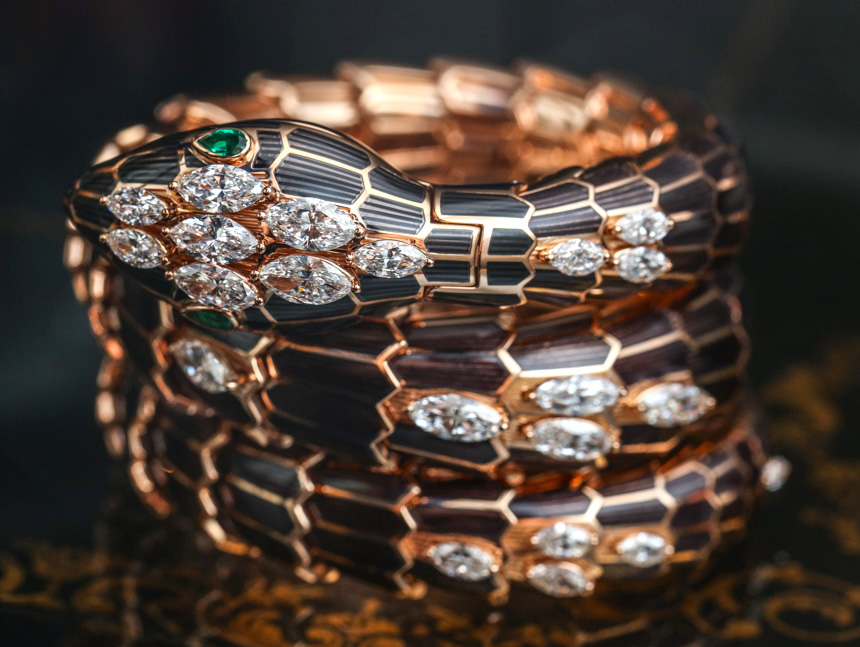 The fact that these watches are quartz should not deter aficionados. There are few ladies’ mechanical movements small enough for a watch of this design – or indeed most secret watches and jewelry watches. Most use quartz. However, unless you’ve been living in another galaxy, you know that Bulgari does make mechanical movements – in fact highly reputable ones. The company’s watchmaking division launched an in-house automatic caliber (BVL 191) in 2013, followed a few years later by the world’s thinnest tourbillon movement and a high-frequency chronograph caliber. Recently, the brand won two prizes at the 2017 Grand Prix d’Horlogerie de Genève: the Octo Finissimo Tourbillon Skeleton was chosen as best Tourbillon and the Octo Finissimo Automatic was awarded best Men’s watch. 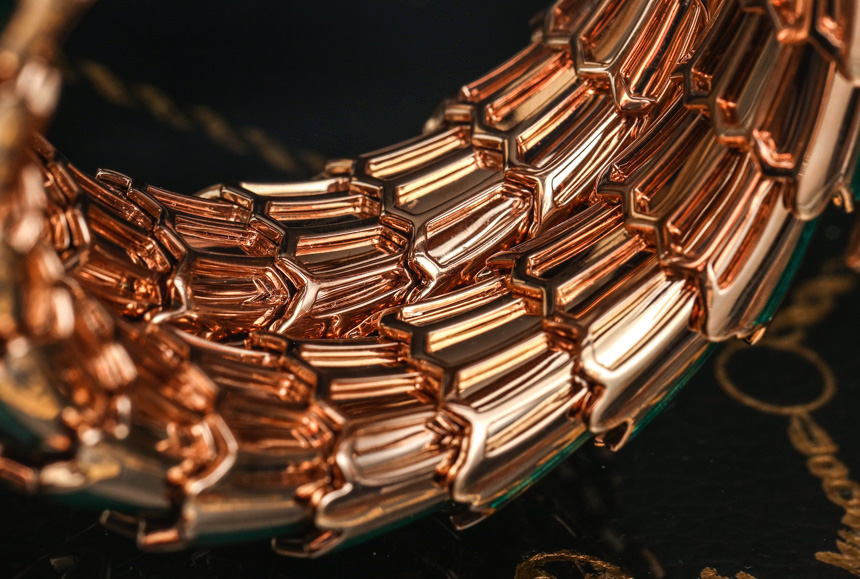 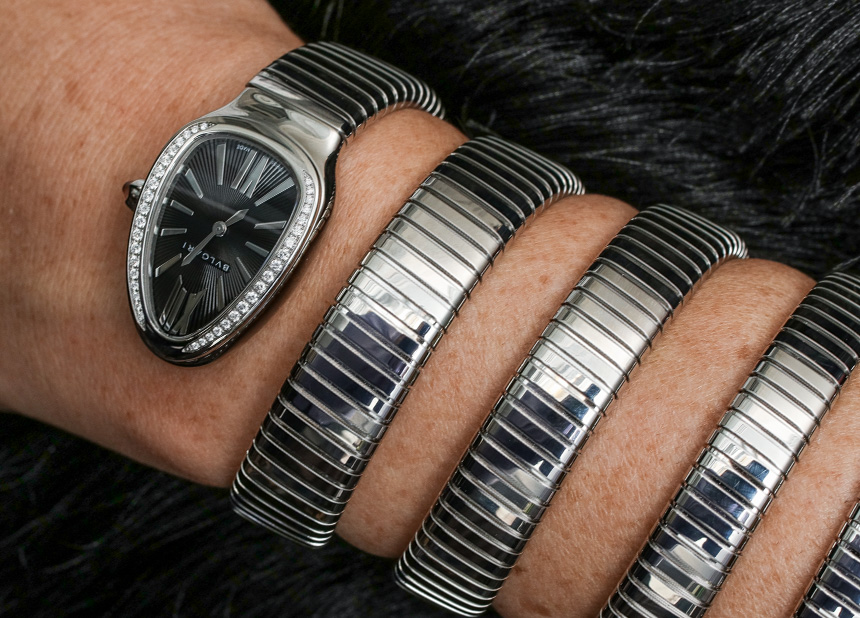 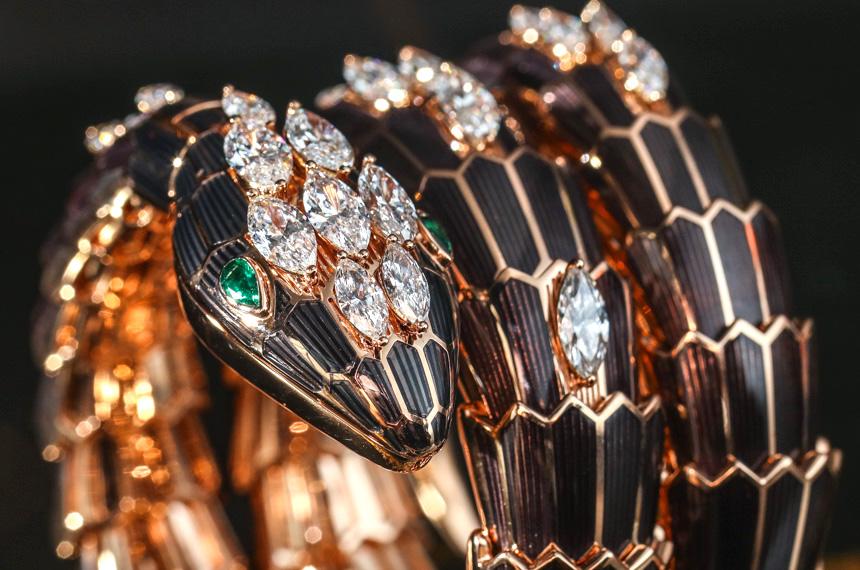 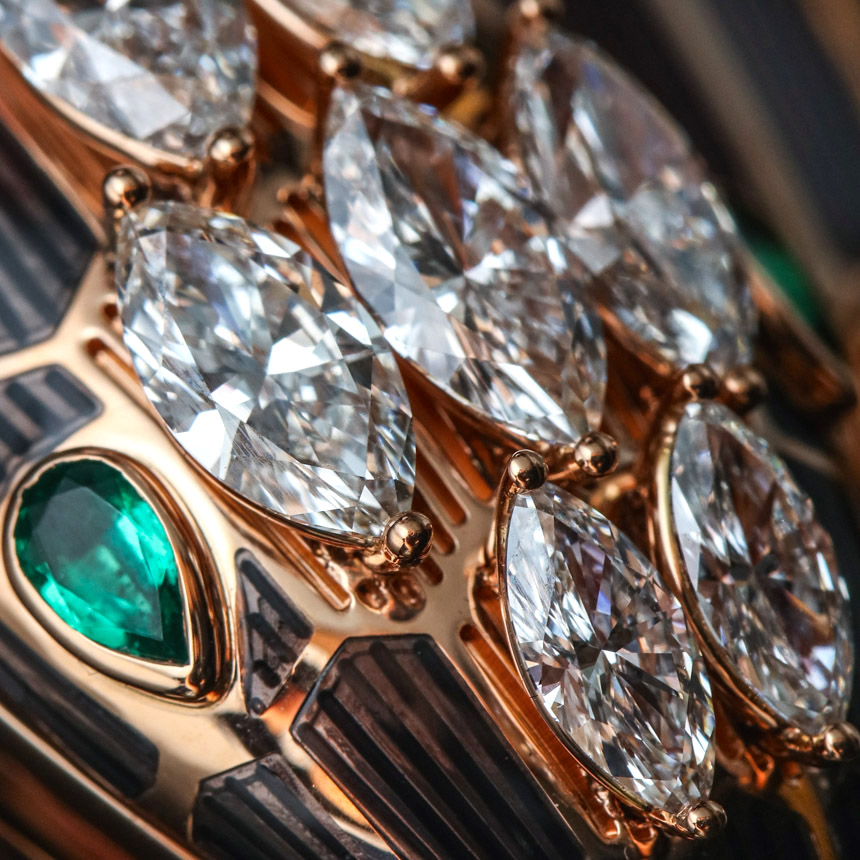 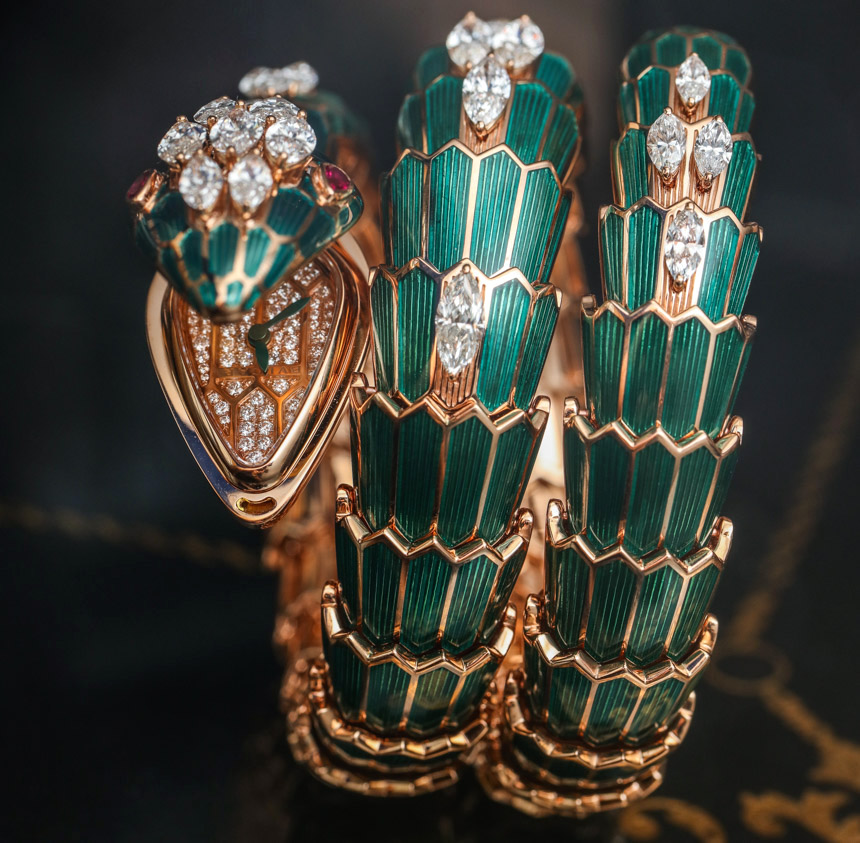 Jewelling continues to represent uncharted territory for even some of Switzerland’s elite brands, who turn to one of only two or three boutique gem setting houses in Switzerland. Bulgari’s watchmaking division has at its disposal the artisans and gemologists at its well-established jewelry ateliers in Rome and Valenza, and its connections with the world’s best gem dealers go back generations. Fabrizio Buonamassa, the head of watch design at the company’s La Chaux-de-Fonds manufacture, obviously intends to take advantage of this capability. The image of a snake coiled around itself and eating its tail symbolizes everlasting life; certainly it is a motif with everlasting life for Bulgari. 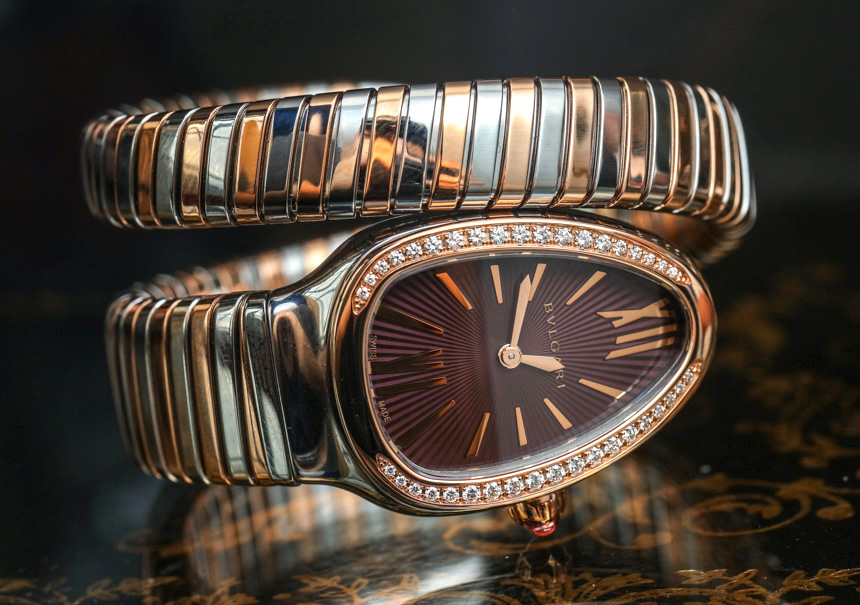 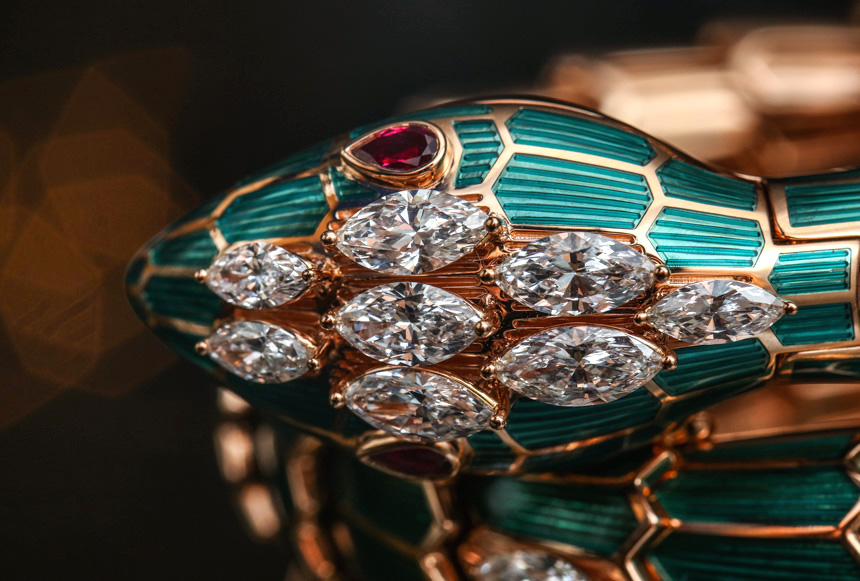 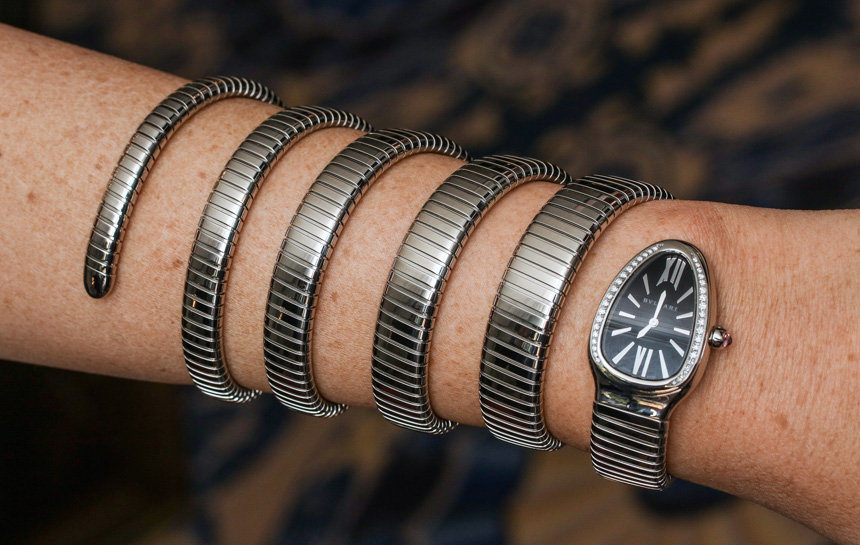